Beyond bullets and bloodshed : Bastar

Introducing to the world a mesmerizing place, Bastar, from Chhattisgarh, the 10th largest state of India, yet to be explored by travelers all around the world.

One of the best things about Bastar is its simplicity. You won’t find much commercialization once you reach here. God created the magic and it still pretty much remains the same : )

“Turn up the volume of the music system and switch on the lights” said the driver as soon as we entered the Kanker region.

“Why, have we entered the Naxalite region?” I asked out of curiosity.

“Don’t use that word again!” I heard from someone sitting at the back. “You can use the word ‘Daadi’ to refer to them”.

Apparently, these are some of the general, or jungle rules to be followed if you’re planning on visiting Bastar.

Route:1) From Durg, ChhattisgarhDurg – Dhamtari – Charama – Keskal – Kondagaon – Jagdalpur.Or2) From Raipur, the capital of ChhattisgarhRaipur Abhanpur road to start with and then reach NH43 and then follow the above route Dhamtari-Charama….!!

The Ghats of Keskal:The route we took was NH43 and along the way you will encounter the ghats of Keskal. This stretch, full of blind curves and ascents, will charm and thrill you at the same time – there are 12 such turns.

Nature at its best:

As soon as you reach the Bastar region you will be lost in its simplicity. Lush green Sal trees surrounding the roads will definitely charm you. And if you are lucky, you could even spot a ‘Pahadi Maina’, somewhere amidst the virgin forests of this region. Home to numerous waterfalls, natural forests and rustic views, Bastar region has a lot to offer and can easily be termed as ‘a photographer’s delight’.

Exquisite tribal culture:If you’re an art lover and you haven’t visited Bastar, your life is pretty much incomplete. The Bastar handicrafts are beyond exquisite. 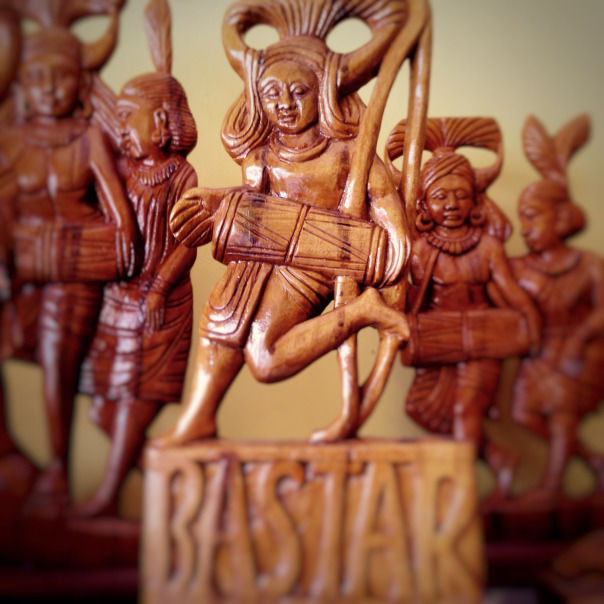 Cuisine of Bastar:1) Live Ants Chutney – one of its kind paste, made from live red ants!2) Sulfi – a local beer produced from Sulfi trees. “Ditch that can of Heineken, try Sulfi when you’re in Bastar!”

Places to Visit:1) Chitrakot Waterfall – known as the ‘Niagara of India’. I haven’t visited Niagara so far, but I must admit that this is by far one of the best waterfalls of our country. The sound of flowing water in the background will kill you softly with its song. I know this has not been done before, but just a thought, there is lots of empty space near the Chitrakot falls which could be turned into ‘a campers’ haven’. 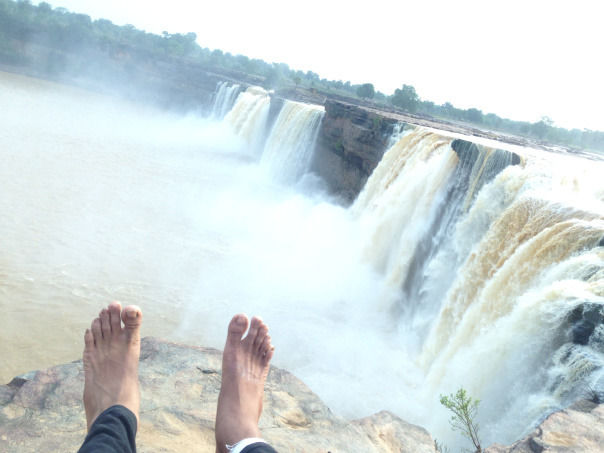 2) Kutumsar Caves:Possibly the world’s second largest naturally formed caves with magnificent formations of stalactites and stalagmites. One of the must see places to visit for all those who love adventure. There is no scope of sunlight entering inside the cave, so basically it’s pitch black! You won’t be able to go inside unaccompanied, you will need the help of local guides who know this place inside out, like the back of their hand. I don’t know how they manage because it’s incredibly easy to get lost in the dark, although the rocks inside glitter to create an amazing atmosphere.Caution : Watch out for those bats!

3) Temple of Dantewada:Danteshwari Temple is a temple dedicated to Goddess Danteshwari and is, according to legend, the spot where the Daanth or tooth of Sati fell to earth. Sati is the wife of God Shiva according to Hindu mythology.

The Stay:We stayed at the luxury tents arranged by Chhattisgarh tourism board just near the Chitrakot falls. Priced at Rs. 2500, the tents are pretty spacious and include an AC, attached bathroom and a TV. And the views are just mesmerizing! 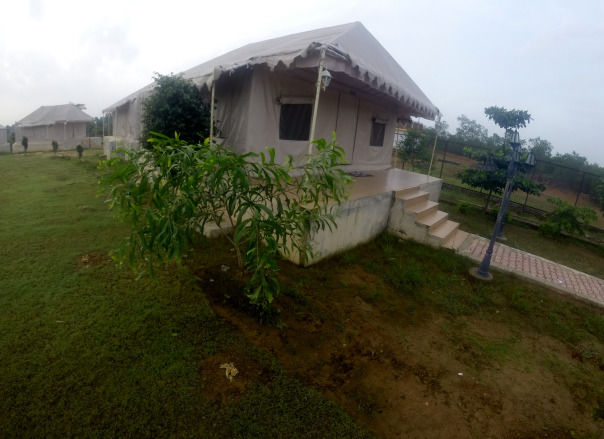 A techie turned travel blogger born and brought up in Chhattisgarh. A freelancer Trek Coordinator with Bangalore Mountaineering Club also working as a techie with Accenture, Bangalore.

I run my travel blog Srijalism : Do what you love 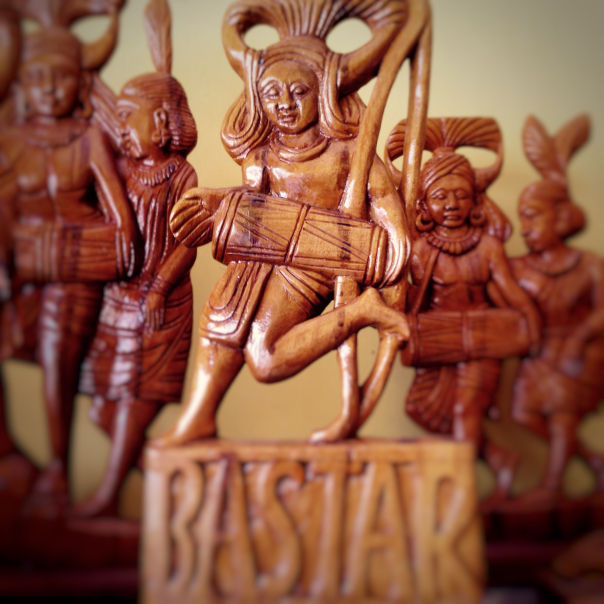 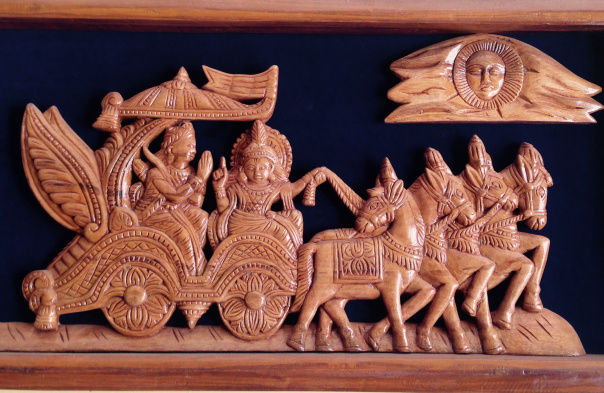 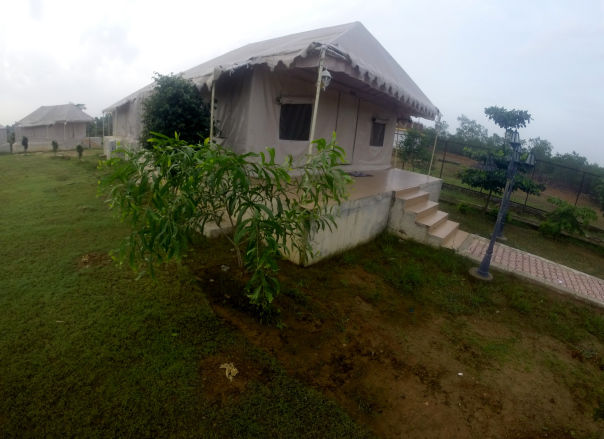 Chitrakoot : The Niagara of India 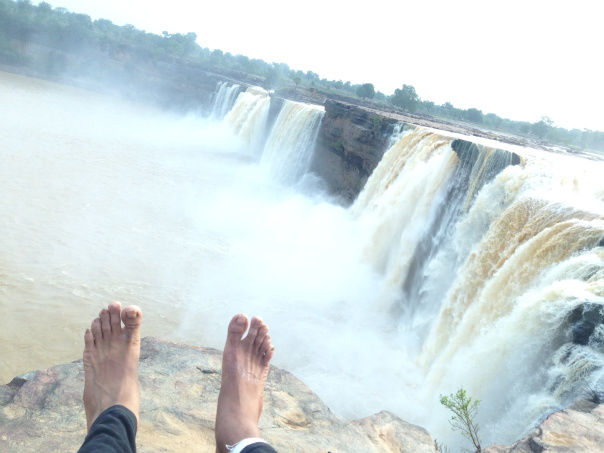