Agra, Beyond the Taj 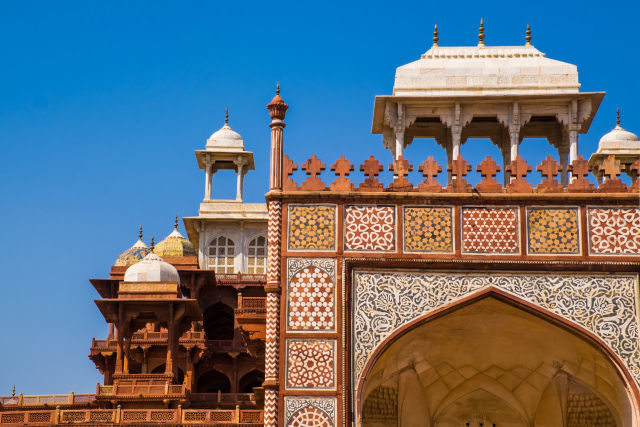 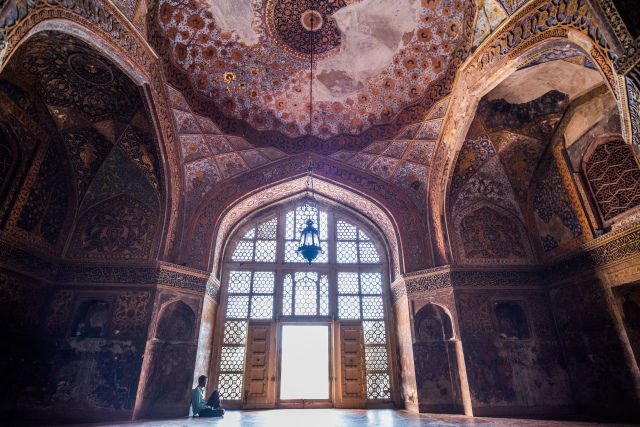 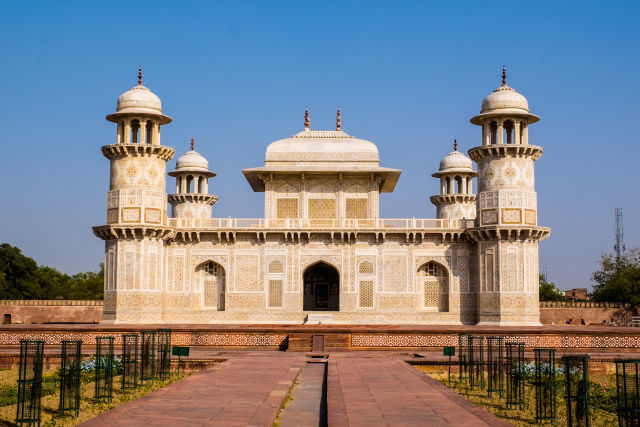 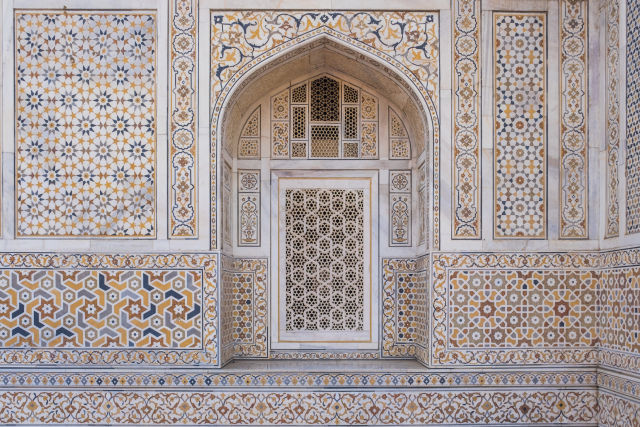 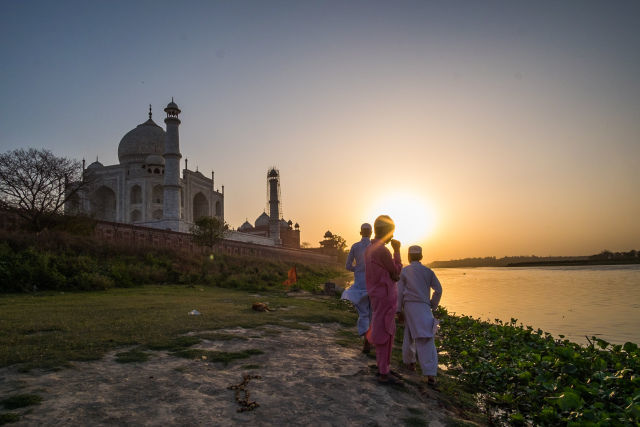 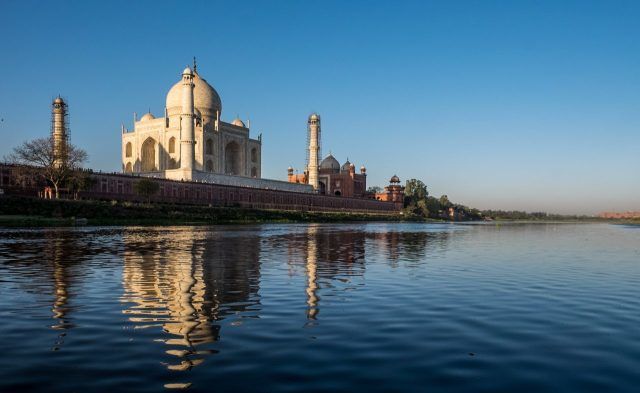 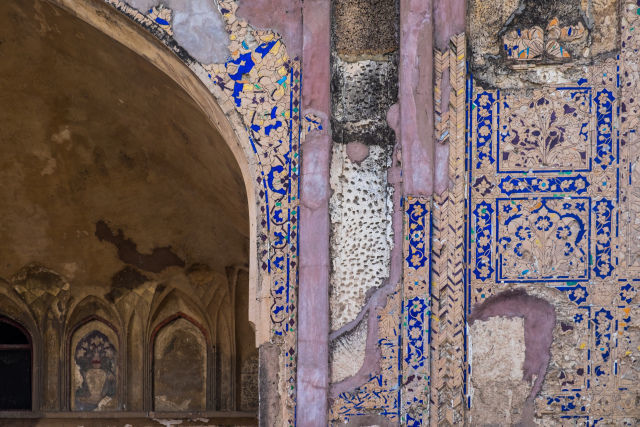 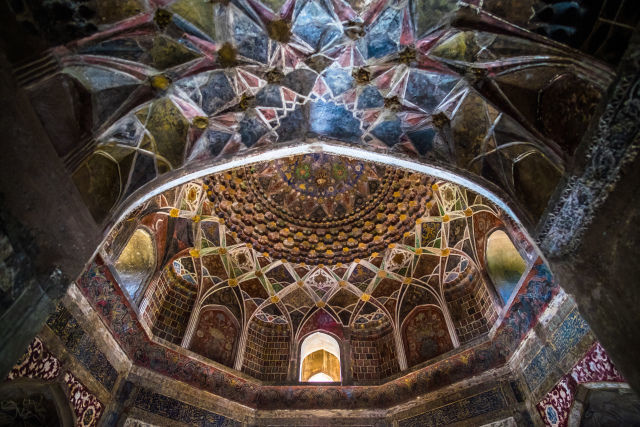 Whilst you check out all the offbeat sights Located 10km outside of the main city in Sikandra, Akbar’s Mausoleum is an architectural marvel which unfortunately survives in the shadow of that other great mausoleum of Agra, the Taj Mahal. While it does find mention in many guide books, most tourists give it a skip allowing the intrepid traveller to admire its beauty in peace. You enter the complex through a towering red sandstone gate, inlaid with marble, typical of the Mughal style of architecture. Once past the main gate there is a broad path about 100-150 meters long leading to the main Mausoleum, a low, wide sandstone structure, topped with many small beautiful white minarets, giving the impression of a Rajasthani palace, rather than an Islamic tomb. On either side of the path are vast manicured gardens, in which you can see deer frolicking and grazing. Yes, deer, roaming free, in Agra!

One could be forgiven for thinking that the main mausoleum, while beautiful, is not overly impressive, especially considering it is the tomb of one of Hindustan’s greatest emperors. That is until you enter it. Once inside you instantly understand why Akbar’s tomb is considered to be one of the finest structures of its era. The walls and the ceiling are decorated with stunning floral and geometric designs, and calligraphy work in blue, red and gold. The inside consists of beautiful flowing arches, which make you want to look up and turn round and round until you are dizzy. As with all such monuments there are the usually ragtag bunch of ‘guides’ hanging around, ignore them; this is one monument that must be experienced on your own, quietly.

Known popularly as the baby Taj, the I’timād-ud-Daulah is the tomb of Mirza Ghiyas Beg, the Iranian Wazir to Emperor Jehangir. The tomb was commissioned by none other than his daughter, Mehrunissa and is considered by many to be the blueprint on which the Taj was designed. Standing on the banks of the Yamuna, the stunning white maqbara marks the transition of the Mughal School of Architecture from red sandstone to white marble. It has the distinction of being the first tomb in India made entirely of marble, a fitting tribute to a great man. A poor Persian merchant, Ghiyas Beg travelled to Akbar’s court to seek employment. Through hard work, resilience, a strong family, and values, he rose up to be one of the most important men of Akbar’s and then Jehangir’s court. Jehangir married his daughter, the beautiful Mehrunissa, whom he named Noor Jehan. Ghiyas Beg was also the grandfather of Mumtaz Mahal, for whom the Taj Mahal was built.

The tomb of Ghiyas Beg stands tall and proud, amidst tranquil Mughal gardens and waterways, and echo the man who was laid to rest inside. The Persia style arched entrance and octagonal shaped towers have been merged with the Indian style central roof and canopies, reflecting the family that was quintessentially Persian but made India their home.

By the Banks of the Yamuna

Overshadowed by the famous monument of love, Agra itself has become synonymous with it. People not only come to see the Taj Mahal in all its glory but attempt to find new and ingenious ways of photographing it from all angles. One such space to view the monument is on the banks of the Yamuna, about a kilometre walk along the east gate of the Taj. However, once you have reached the bank, early in the morning to catch the first light, you are forgiven for perhaps forgetting your initial reason for being up at an early hour. The banks at this time are quiet and serene, with priests just beginning their morning rituals in the tiny temple by the river bank. There are a few others sitting peacefully, some praying, another meditating, and all gazing quietly at the Yamuna as she flows calm and clear. A lone boatman gently floats to the middle of the river, as if to decide which bank he wants to settle on. You join them (or the boatman) and watch as the sun slowly rises, throwing light on the river, the monument and you. The banks have recently been cleaned, and it is a pleasure to spend time at this tranquil place, with the Taj in the background.

Located about a kilometre north of the baby Taj on the banks of the Yamuna, the Chini ka Rouza stands a bit neglected and forlorn. It doesn’t seem to be on any tourist circuit, and it was wonderfully empty and quiet when we got there. Any shared auto will drop you off on the main road, and the tomb is about a half kilometre inside, a nice walk through the villages and tree-lined homes. Built in 1639 by Mulla Shukrullah Shirazi as a tomb for himself, the monument is a little different from the other grand Mughal era structures in Agra or Delhi. Only the main tomb remains, a squat octagonal structure, with arches and four openings on all sides. It seems that the tomb of the Chief Minister of Shah Jehan and a famous Persian poet has not yet made itself to the ASI’s list of things to do.

While at first glance the tomb seems plain and boring, the surroundings were more interesting, with the river on one side and a garden on the other with children playing, the inside walls and roof are stunning. Made with glazed tiles purportedly brought from China, the outside walls once had a zigzag pattern of orange, white and crimson tiles interspersed with the blue that is uniquely Mughal. While the monument is in a state of forlorn disrepair, it is possible to imagine a once stately tomb for a learned man.

This trip was originally published on The reDiscovery Project

Any mention of Agra conjures up the famous Taj Mahal, and perhaps as an afterthought, the impressive Red Fort where the Emperor who commissioned the Taj was imprisoned. The usual tourist jaunt and tour bus to Agra includes a visit to the Taj, the Red Fort and sometimes perhaps Fatehpur Sikri with the imposing Buland Darwaza. While these are indeed great monuments, and stunning pieces of art and architecture, Agra has a lot more to offer the curious traveller. These are a few of our favourite places in Agra, with its numerous small by-lanes teeming with history and an important part of India’s heritage.