Why your life changes when you befriend a Traveler

It was the nth day of my vacation in the beautiful suburbs of France, some 250 kms from Paris. The fact that I had no idea as to what day or date it was, said a lot about how carefree I had become. Soaking up in the joys of being in a new culture and country had made ‘time’ of little to no consequence.

On most days, I would wake up to a breakfast of French coffee and almond croissants followed by a walk to the pond in the backyard. I could easily spend hours propped on the grass watching the morning sky smeared in varied hues of orange and blue. Stretched over miles and miles of green farmlands below, together, it seemed like an opening shot of a movie, set in the countryside.

The rest of the day was spent taking lessons in horse-riding, eating/cooking traditional French delicacies (crepes & anything with cheese) or going on a jungle trek. If you’re beginning to feel slightly jealous at this point, I don’t blame you. It wasn’t how a regular day back home for me looked like either. In fact 3 months earlier, I didn’t even know that I’d be in France, living these wonderful moments.

I was letting it all sink in, when everyone raised their glasses of freshly made apple cider whilst saying ‘chin-chin’ (‘cheers’) to a long and happy life for Rebecca. The entire family had gathered to celebrate her 28th birthday. 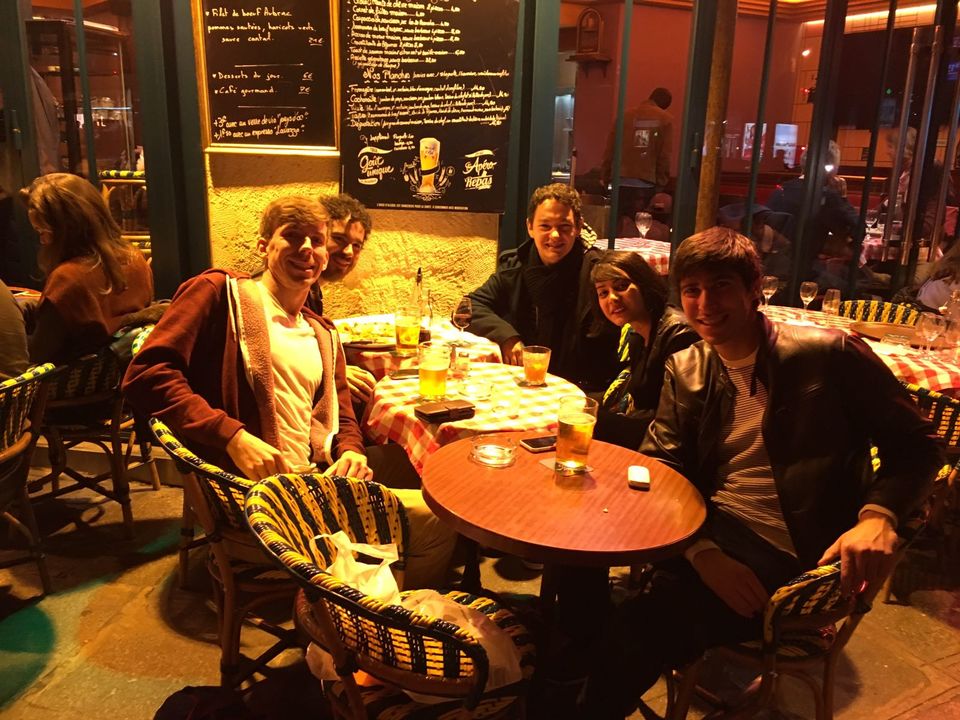 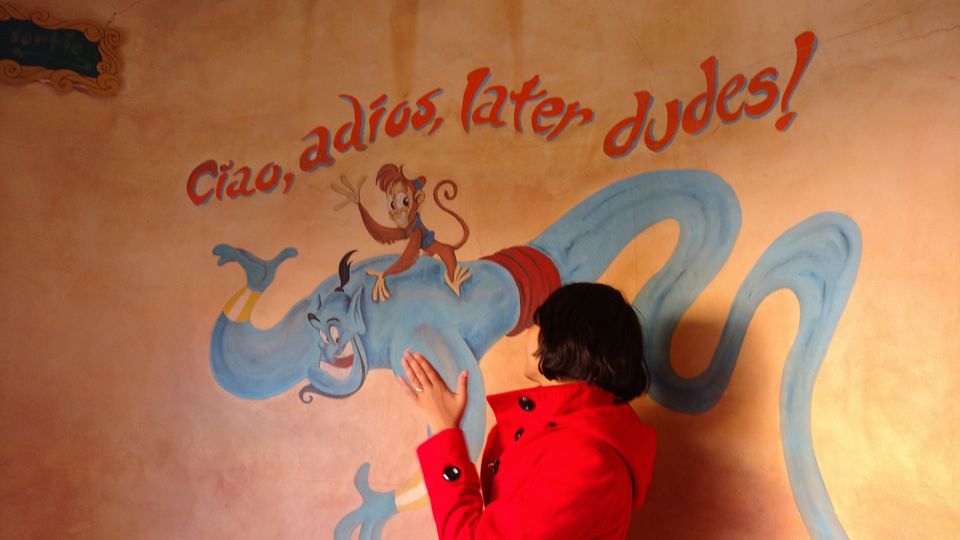 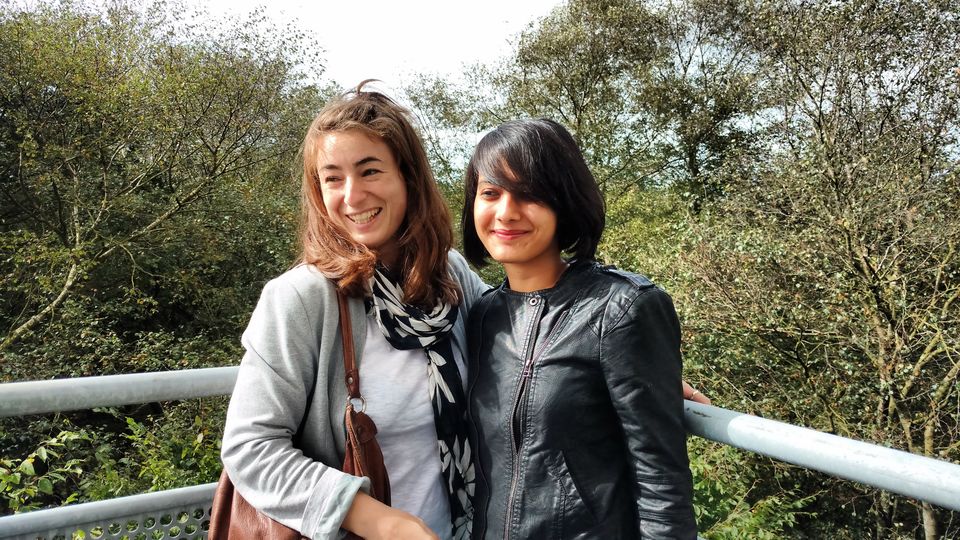 At a french pastry shop 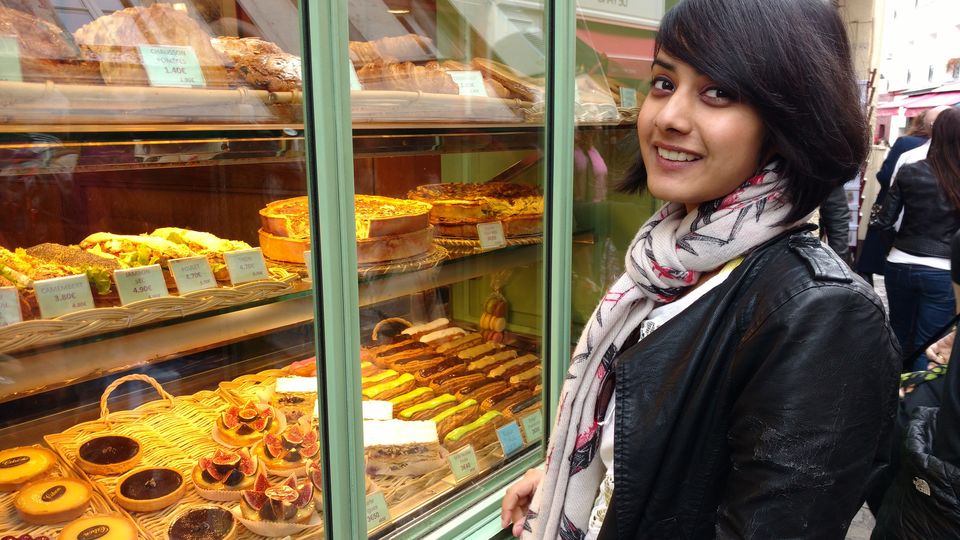 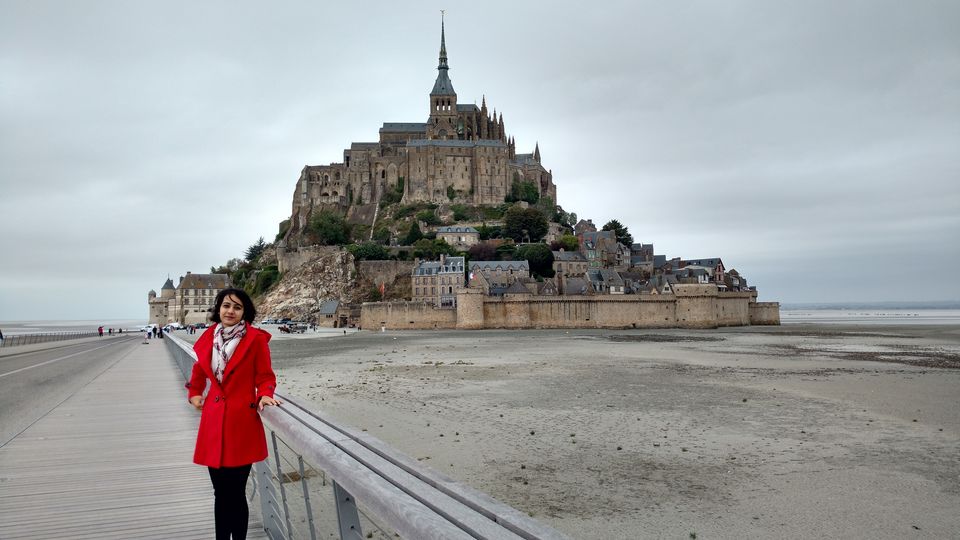 At the Eiffel Tower 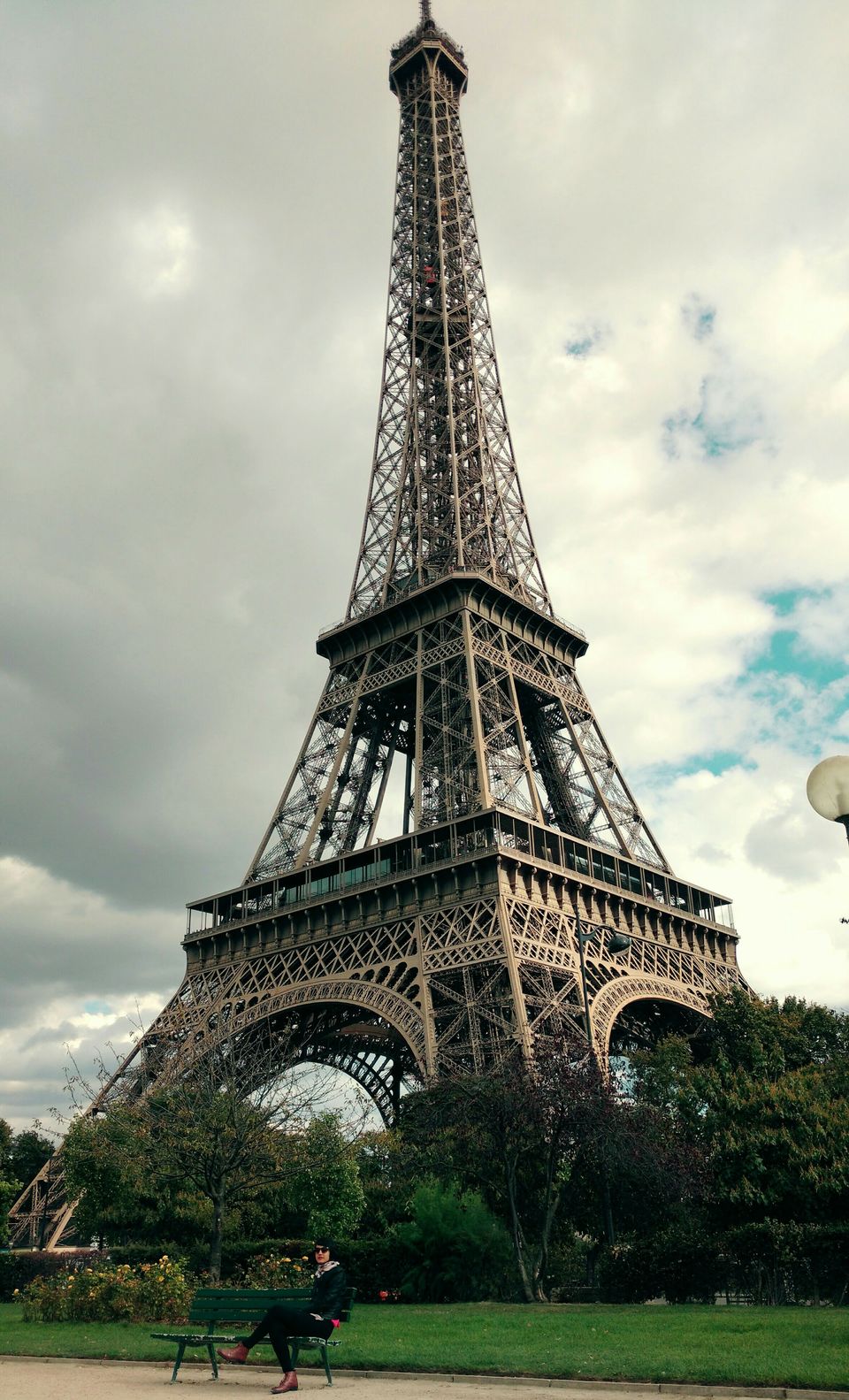 At the Taj Mahal 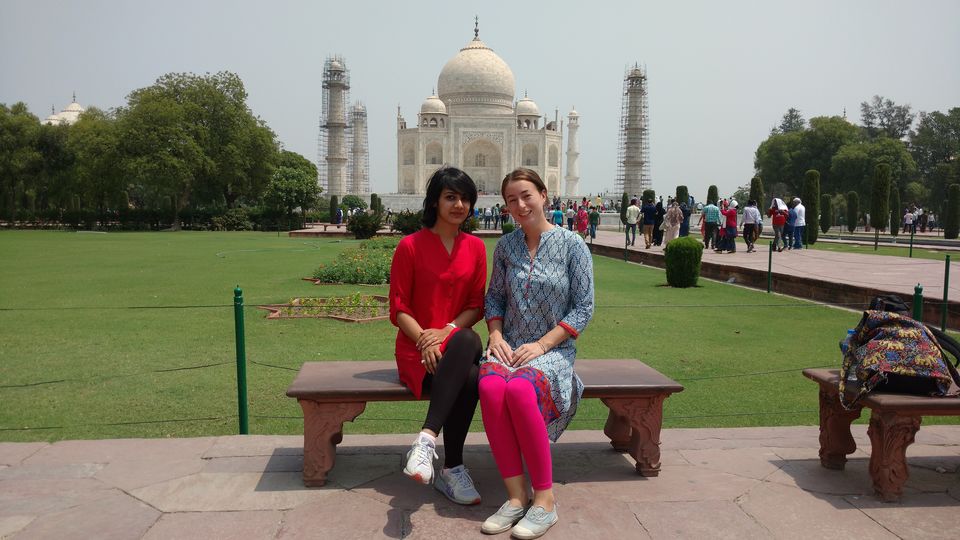 Rebecca and I visiting Agra 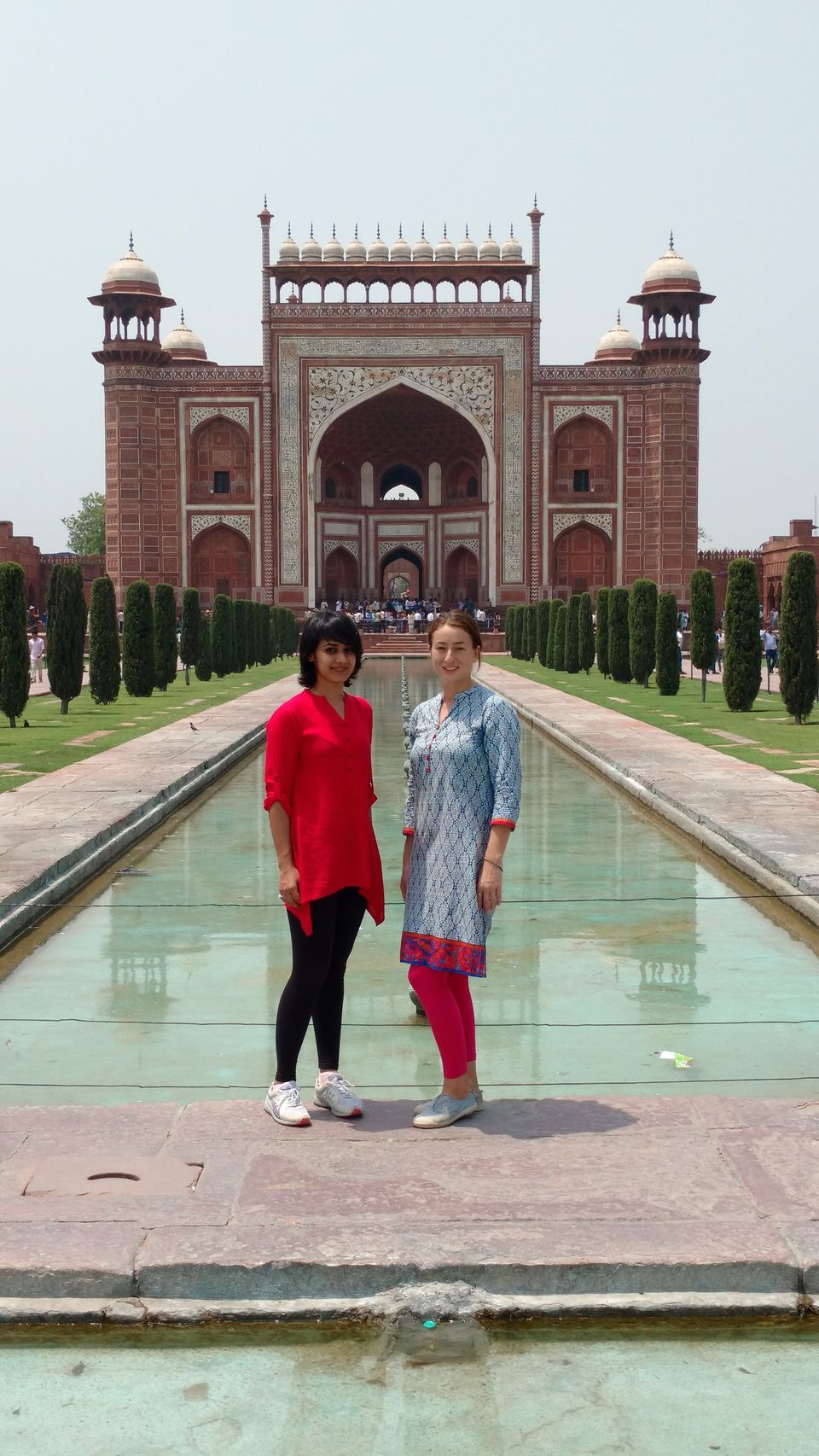 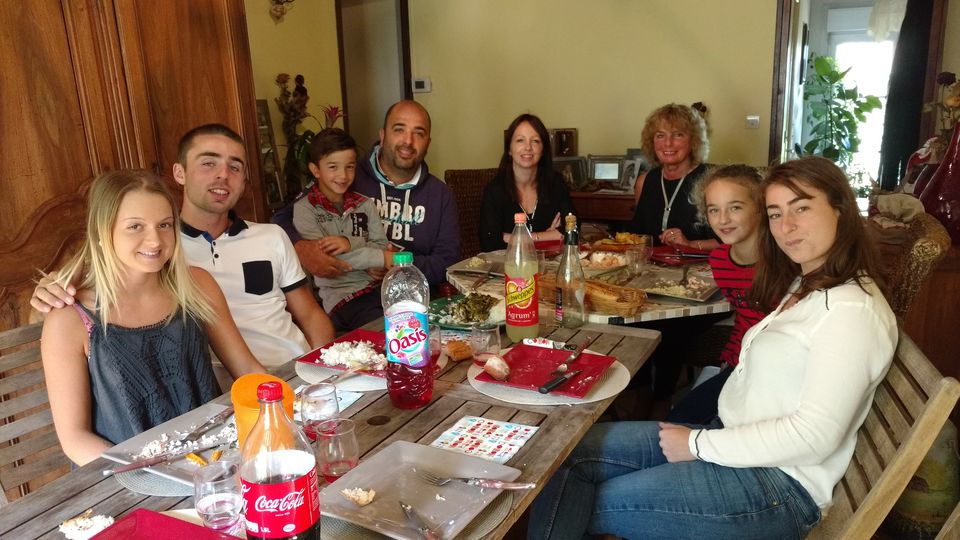 I happened to meet Rebecca in India, on day one of my new job. A French national, studying in Ireland, she was interning with my organization, as a requirement for the partial completion of her master’s degree. Over the course of the next few weeks we bonded over our after-lunch walks around the office premises. Not being big on travel myself, I was quite surprised to hear that she’d taken 3 years off after graduate school to travel. However, I did take it upon myself to show her around Delhi and nearby cities.

Over those few weeks 2 things changed forever – my acquaintance with Rebecca turned into friendship and traveling became food for my soul.

It was indeed Rebecca who egged me to go for my first solo trip to Nepal. That it turned out wonderfully well, would be an understatement.

Although, I have to agree, it did feel rather awkward at first. I wasn’t comfortable being by myself all the time - whether it came to ordering food in a hotel or going out sight-seeing. That changed quickly though – by the end of the trip I was a pro at chatting up random strangers wherever I went.

Rebecca left soon after, but not before we’d forged a deeper kind of friendship – one which I never thought I’d find after school. Despite being from different countries and cultures, we discovered that there was so much in common between us.

On some occasions our conversations would run into hours, while on others we’d sit silently, without exchanging a word, as we dived deeper within our own thoughts. It was like having found a soul-sister. Someone who was so easy to be with! And those, my friend, are the best kind of travel buddies you can find.

So, before leaving, Rebecca invited me to visit her in France. An offer, which I gladly took up after a couple of weeks of contemplation. By now I had realized that when it comes to traveling, it’s always a good decision to just go for it. So, after having compared the pros and cons I bought a return ticket for my first trip to her beautiful country which was to commence in 2 months’ time.

That France is the centre of art, culture, fashion & food is known to everyone. What the French are however, not known for is their politeness. ‘Rude’ and ‘arrogant’ are the commonly used adjectives to describe the people of France. However, my experience proved otherwise. Not only Rebecca, her entire family and gamut of friends were exceptionally kind and welcoming. What I loved most, was how her mother tried her best to speak with me in English while I would try the same with whatever little French I had picked up. We both understood each-other anyway.

Fed on a rich diet of Camembert, Comte (varieties of cheese) & French hospitality I couldn’t have asked for more. 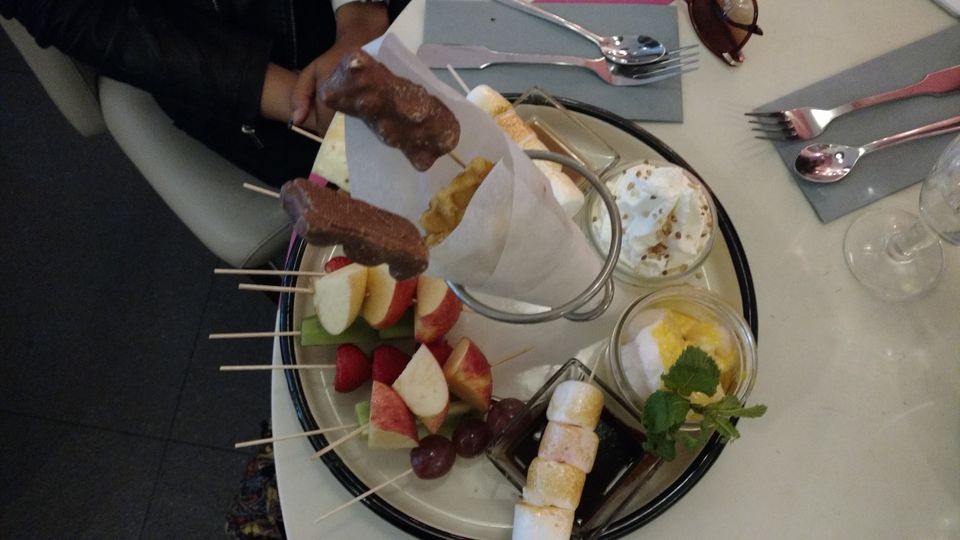 But I did get more –plenty of it. From history lessons while visiting the D-day landing beaches in Normandie and Mont St. Michel to visiting exceptionally beautiful quaint little villages (Click here to read more) or just roaming around the streets of Paris. Now, Paris of course demands a little more mention. Even a few weeks will not be enough to experience everything it has to offer. If it’s your first time there and you happen to have such awesome company as I did, you’d feel like an overexcited puppy. No words can do justice to its charm.

Rebecca introduced me to not only her friends, family & culture, but a whole new side of life. Together, we partied like crazy, taught each other a thing or two about our cultures and spread some good cheer.

As I finish writing this piece, I can’t help but be grateful for everything. I feel extremely lucky to have met this wonderful friend of mine and for getting the opportunity to go on an adventure that I had no idea I’d be embarking upon.

So next time, give that stranger a chance. Who knows where it might lead you!