By Stories Thru Lens

Recently I got a chance to visit Somnath Mahadev Temple on the Western Coast of Gujarat. I was in Jetpur for some official work and Somnath is 110 kms approximately from there. I didn't want to lose the opportunity to visit the Divine Place. After completing my work I boarded a bus that took me to Somnath. The speed of the bus was quite slow and it gave me a chance to witness the beautiful Coconut Plantations. The view was really so mindboggling. The bus dropped me at Somnath in the evening. I walked towards the temple. As I reached the final turnabout from where the temple was visible, I was stunned to see the absolute wonder on the earth. I want to admit that till date I have not seen anything more beautiful than that abode of Lord Shiva, I was totally stunned and awed by its beauty. Somnath is one of the Jyotirlingas of Lord Shiva. As I walked towards the temple I was my love for the place kept on growing. As I stepped in temple premises I was in state of Internal Peace and what I felt can not be explained in words. The shine, the architecture, and the splendour of the temple blew me off my feet.  When I saw the Shivlinga inside the main shrine I was having a feeling of being in complete ecstasy.  After offering my prayers to Lord Shiva, I went out to have some Coconut Water, being from Punjab, where I don't get to lay my hand on coconut water that often and if I get then certainly not at this price, I had number of them, we Punjabis have bigger appetite you know, it was dark already, and it had started to rain as well, it was time to call day off. I took a bus to Ahmedabad at midnight and while rejoicing my journey I finally fell asleep. 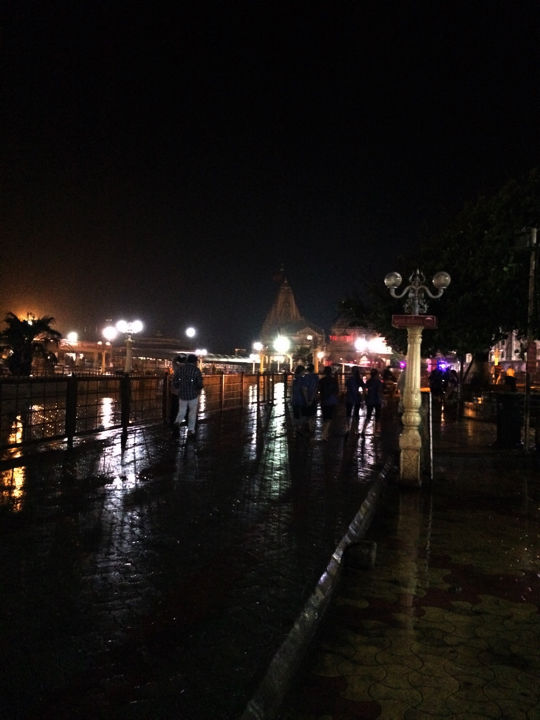