Lying on the banks of the Red River, Hanoi is the capital of Vietnam. In many ways, Hanoi is closely knit with the long and complicated history of this country which makes it a great spot for re-living Vietnam's past while also exploring its present. It encompasses the medieval and modern aspects of this old Asian city. Hanoi is the second largest city in Vietnam, which first served as the capital of French Indochina and then later was chosen as the capital of reunified Vietnam after the war. Because of its past, Vietnam sees a cultural blend of the French and the Asian. This city truly gives a historic feel and its old-city-charm is very hard to find elsewhere.

Hanoi is a budget traveler's dream. In 2012, it was named the cheapest city to visit and was listed in the top 25 destinations to visit in 2013. Hanoi's popularity has risen greatly after it was announced as the host of the 2016 Asian Games. Another reason Hanoi should be THE destination in Vietnam is that it serves as a great base for tourists to not only explore a major part of Vietnam but also connects the tourists to the neighboring sights of the Halong Bay, Sapa, and Hoalu Tamcoc.

This full day tour in Hanoi tries to weave in all aspects of Vietnam. Also called 'City of the Soaring Dragon', Hanoi still projects its colonial past through French styled parks, boulevards, mansions, etc., with a mix of the local Asian heritage. This trip is taken through the streets of Hanoi to capture the essence of the city and includes sights of both historic and natural wonders. We visit various museums, temples and lakes and eat a lot of local delicacies. The itinerary consists of some the best things you can do with one full day in Hanoi, Vietnam.

The communist revolutionary leader Ho Chi Minh is much revered by the Vietnamese. His mausoleum is as grand as his image demands. Established in the place where Ho Chi Minh read the Declaration of Independence, the mausoleum is built of marble, much in the style of those of Stalin and Lenin. The embalmed body of the leader was laid to rest here and the whole structure was erected keeping in mind the traditional Vietnamese motifs. There are guards all over the place, which signifies the respect this place demands from the locals as well as the tourists. Along with the Mausoleum, we also visit his (Ho Chi Minh's) house on stilt, the botanical garden and the Presidential palace, which used to be the residence of the Governor of Indochina. After 1954, it was named the Presidential Palace and became the place where Ho Chi Minh lived and worked until he passed away in 1969. 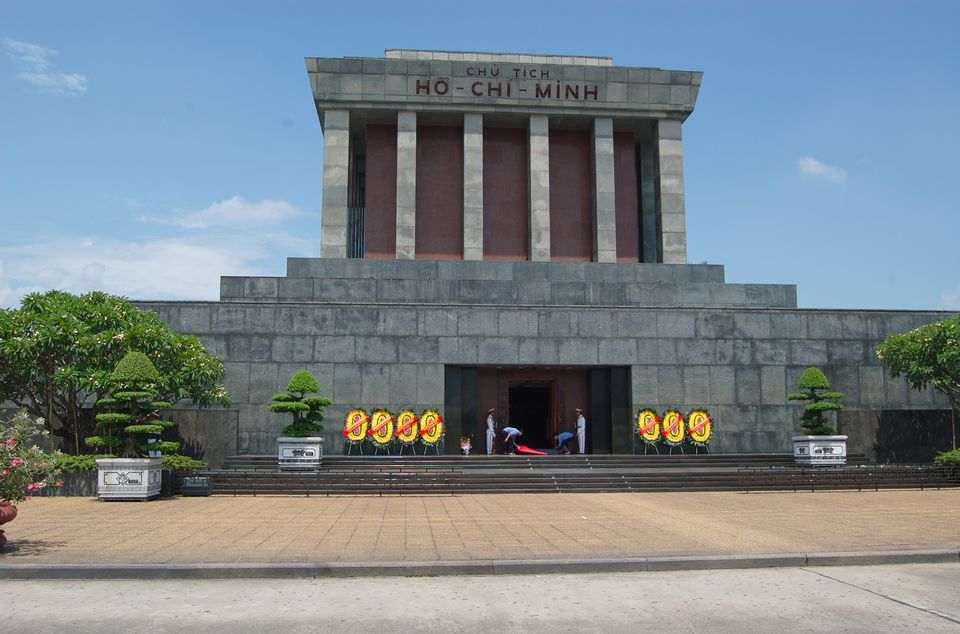 The One Pillar Pagoda is one of the most iconic Buddhist temples in Vietnam. It was built out of gratitude on the birth of his son by Emperor Ly Thai Tong (He dreamed of a Goddess blessing him with a son) and was the center for celebrations each year on the birthday of Gautam Budhha. Carved delicately in wood on top of a single stone, this temple marks the beauty of Vietnamese architecture. In 1954, the pagoda was destroyed by the French before their withdrawal. After taking over the city on October 10th, 1954, Vietnam Ministry of Culture restored the pagoda. The pagoda of today has remained since this restoration. 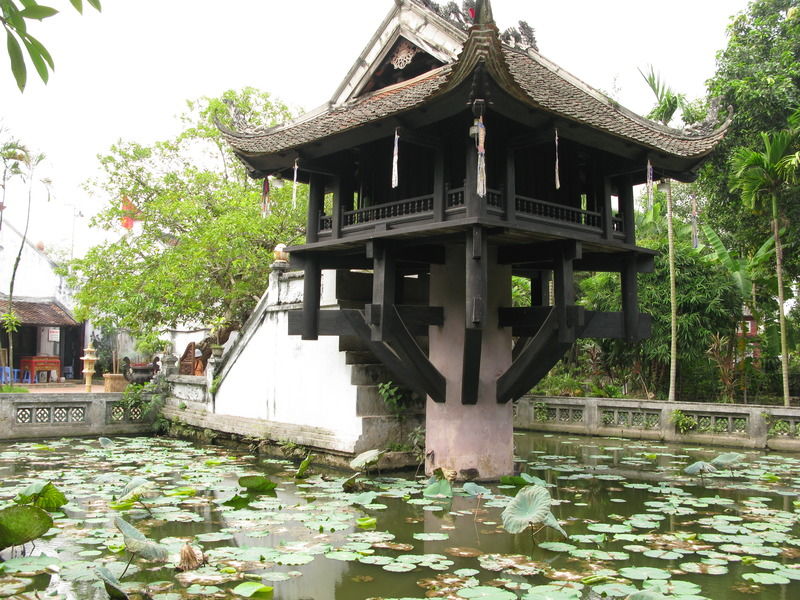 Tapping into Vietnam's scholarly past, many travelers find this place both culturally relevant and a peaceful retreat from the main city. Surrounded by lush green gardens, this temple is dedicated to Confucius and other scholars of the 11th century. Built in 1070, this is where the first National Vietnamese University - 'Imperial Academy' is set up. There is a large pond on the premises called the Well of Heavenly Clarity. Many local students come here to pay respects and get some blessing and luck before giving any important exams. This temple gives a peek into around a century of Vietnam's history and culture. It is one of the top recommended spots to visit in Hanoi. 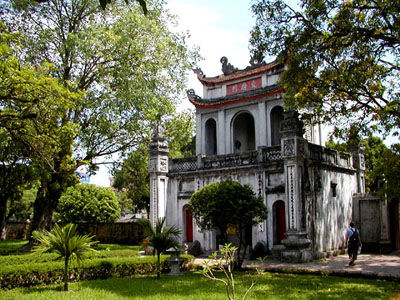 The Ethnology Museum in Hanoi researches and exhibits various ethnic groups of Vietnam. It includes around 54 ethnic groups and is considered to be one of the finest museums in Vietnam. It is rated as a top spot by various experts and travelers in Vietnam. A reflection of modern architecture this museum was opened in 1995. The museum includes elaborate and colorful hill-tribe costumes, weaving designs, musical instruments, fishing implements, work tools and other functional objects. The display continues on to the garden outside with fascinating examples of minority housing from the King’s to the ones of the ethnic groups in Central Highlands. 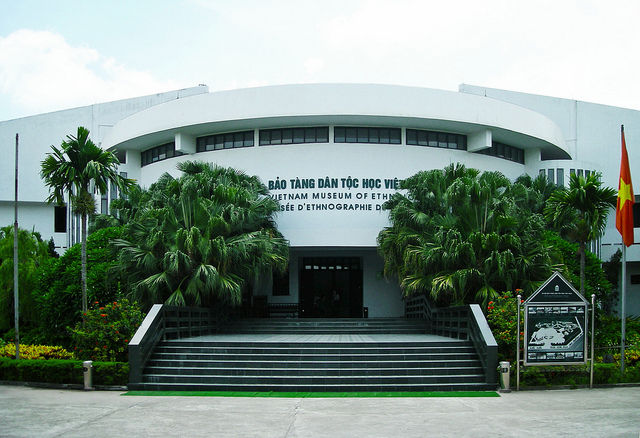 'Lake Of The Restored Sword' or the Hoan Kiem Lake is one of the most scenic spots in Vietnam. Closely knit with its mythology, with a nice story about how the lake got its name (in the 15th century during the Ming Chinese invasion, general Le Loi was presented with a holy sword. With the help of this sword he expelled the Chinese from Thang Long, present-day of Hanoi and proclaimed himself as King Le Thai To.), this place is also a spot for most public celebrations in Vietnam. Situated in the Old Quarter this lake is a great place to stop by and gain a foothold in Hanoi. Much of the city's culture, fashion and food surrounds this lake. 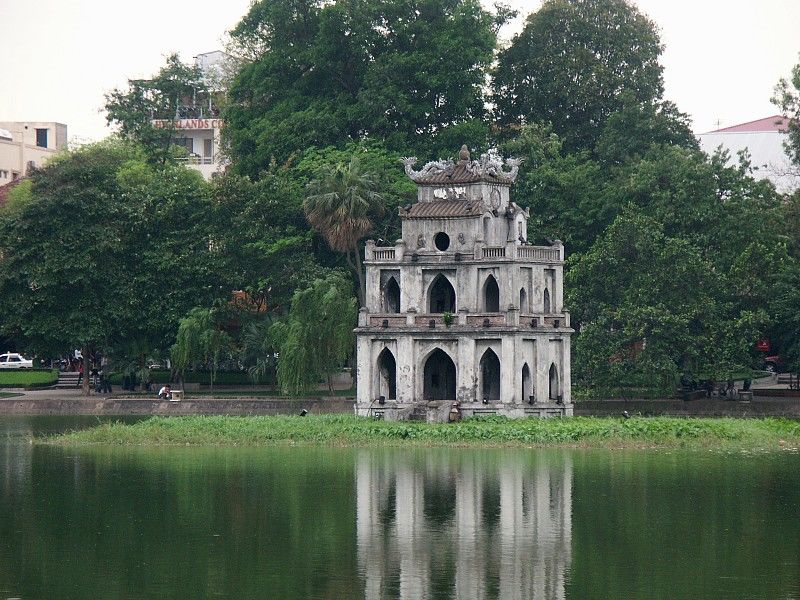 On as island at the northern part of the lake stands Ngoc Son or Jade Mountain temple, one of the most beautiful and religious sites in the capital. It is one of the most visited temples in Hanoi. The temple was established by a mandarin named Nguyen Van Sieu and is dedicated to the spirits of the soil, medicine, literature, and also to Tran Hung Dao, the general who defeated the Mongols in the 13th century. A beautiful symbol of Vietnamese architecture, the well lit scarlet bridge joins the island to the shore. This temple was worshipped by the people to gain victory over the Yuan. There is also a martyrs' monument nearby built as an ode to the people who died fighting in the Vietnam War. 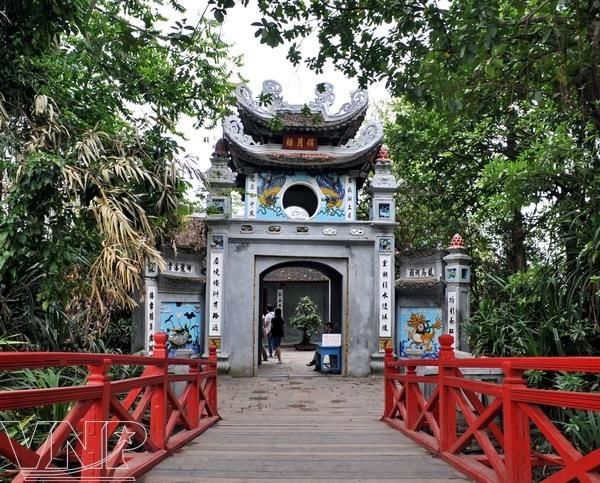 After this, we spend the next one hour cycling through the various streets of the Old Quarter district. Filled with souvenirs to take home, local delicacies to taste and more, this little place encompasses most of Hanoi's city life into one. An interesting fact- the streets here are named after the guilds that used to represent such as Hang Bac (Silver Street), Hang Gai (Silk Street), Hang Tre (Bamboo Street) etc. Later we proceed to see the exclusive Water Puppet Show! 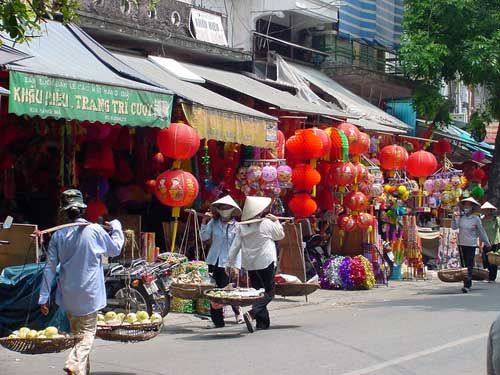