There are very few cities in the world that perfectly comply with every definition of the world exotic and Hanoi is proud to be one of them. Imagine strolling down parks bustling with toddlers running around and laughing hysterically at their dogs trying to fetch a ball. Walking by boulevards replete with old people gathered in circles discussing the current state of affairs, their skin wrinkled with experience and smiles exuding warmth. Imagine circling gardens, watching couples engrossed in conversing about their future, their hands intertwined while groups of women focus all their energy in sessions of t'ai chi. Think about polishing the 'art' of jaywalking and crossing roads like a champion despite being lost in a chaotic maze of bikes and more bikes of fragile, beautiful locals hidden behind helmets, often three on one motorcycle. Now fancy lazing on a bench by the lake fringed with trees while sipping on a bottle of strong locally made beer and munching on roasted peanuts that you bought from the kind lady sporting the iconic Vietnamese conical hat with baskets twice her size slung over her shoulders. And then, wouldn't it be nice to spend your evenings in the company of young, hip locals, sitting in a makeshift cafe on the footpath, bonding over cups of drip-coffee and the necessity for a revolution.

Having been a journalism graduate who nurtures a soft corner for History, I was always intrigued by Vietnam owing to the detailed accounts I had read of the war that once ravaged the country. And then there was another reason, albeit trivial and fictional, for my fascination - my favourite couple from a TV show I loved had adopted a child from this breath-taking nation and an entire sub-plot was dedicated to the heritage of this little girl (No prizes for guessing, it's Modern Family). And in spite of the fact that Ho Chi Minh City is often considered to be the capital of Vietnam, Hanoi, the actual capital, is magnanimous enough to ignore the same and continues to allure people from all over. With its old-world charm and conspicuous propaganda posters covering its massive structures, the second largest city in Vietnam is gradually progressing despite the ever-increasing problems of pollution and a booming population trying to hold it back.

The city of Hanoi has a very French colonial nature. It's like an Asian version of Paris which is equally proud of its pagodas and monasteries and its dance clubs and karaoke bars. The city is also lined with the most luxurious of five stars and boutique hotels that are waiting to spoil you for life with the hospitality they have to offer. Swing by the Old Quarter with its crowded shops and noisy pedlars in order to experience the essence of Hanoi, pay your respects to the deceased Vietnamese leader Ho Chi Minh at his memorial and see what being disciplined really entails and make sure you gorge on a steaming bowl of 'pho', the most transparent of spring rolls that define fresh in ways like no other and sinful desserts containing jelly, beans and coconut milk that make you feel like a 10-year-old.

Hanoi is one happy place, filled with happy people and this happiness really is infectious!

Getting there and around:Daily 2 hour flights connect Bangkok to Hanoi and the airport is 35 kilometres from the centre of the city. Look for the yellow jacket taxi drivers who will drive you for about 20 USD without asking you to pay toll for the bridge. The other drivers are mostly thugs looking to make extra bucks and if you are unfortunate to not have a reservation, they will trick you into taking a room in hotels that pay them good commission. The best idea is to ask your hotel to arrange a pick-up for you and for getting around the city, the 'cyclo' (make sure you bargain with the drivers) is a feasible option apart from metered taxis.

The Ho Chi Minh Mausoleum Complex is home to Ho Chi Minh's Mausoleum, Ho Chi Minh’s Stilt House, the Presidential Palace and the Ho Chi Minh Museum. The Mausoleum is actually quite an eyesore, but is a grand concrete structure that houses the pale, delicate body of Ho Chi Minh. It is built along the lines of the tombs of Lenin, Stalin and Mao. The atmosphere reeks of authoritarian ideals with the guards in white military uniforms and the constant need for disciplined behaviour from the tourists. If you notice the locals, they revere their leader like a God. You are expected to dress modestly, photography is absolutely prohibited and your bags will be screened before you enter. If luck is on your side, you will be able to witness the changing of the guards outside the edifice. Do note that the mausoleum is shut for two months every year for Ho Chi Minh's embalmed body to go to Russia for maintenance. The entry is free but check for the timings in advance. 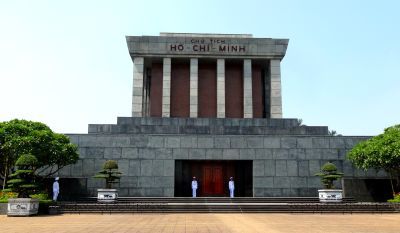 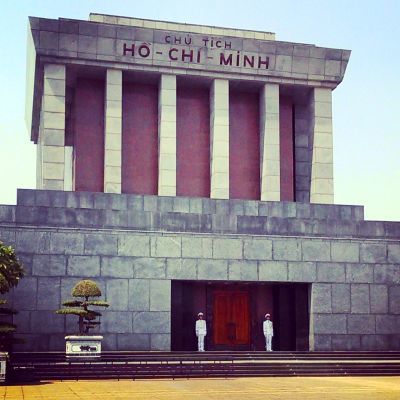 Dedicated to the life and achievements of Ho Chi Minh, the founder of present day Vietnam, this museum celebrates the many facets of Socialism and the defeat of the French at the hands of the Vietnamese. Built in a traditional Soviet style, the museum houses a collection of photographs, documents and artefacts relating to the rise of Communism. Admission charges are 25,000 VND and guided tours are available for about 100,000 VND. Getting there: Asking your hotel to call you a taxi is the best way to get to the Ho Chi Minh Mausoleum Complex. The flag fall is around 20,000 VND for about 2km. Beware of faulty metres if in case you are flagging a taxi. 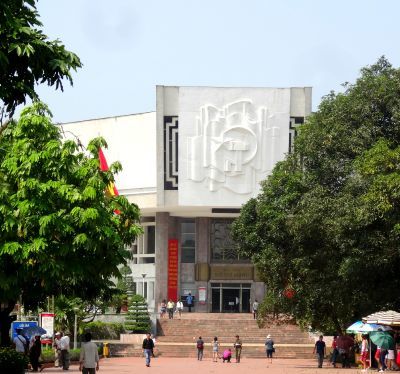 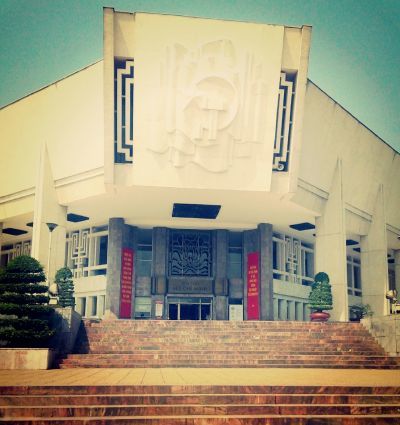 The wooden One Pillar Pagoda rests on a single stone pillar and is designed to look like a lotus blossom emanating from a sea of sorrow. This symbol of purity which traces its origins to the Emperor Ly Thai Tong who constructed it to honour the Goddess of Mercy was destroyed by the French before they left Vietnam and had to be rebuilt from scratch. There is no entrance fee to see the pagoda and it is 250 meters from the Ho Chi Minh Mausoleum. 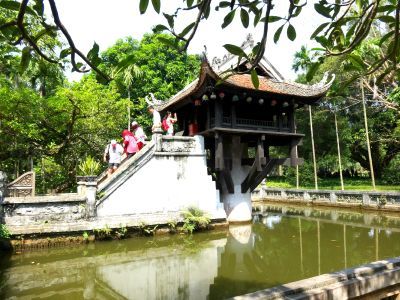 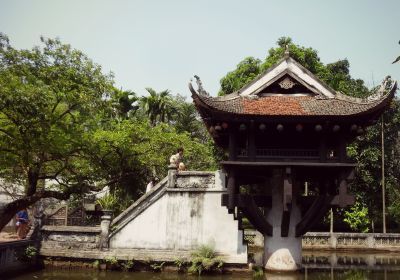 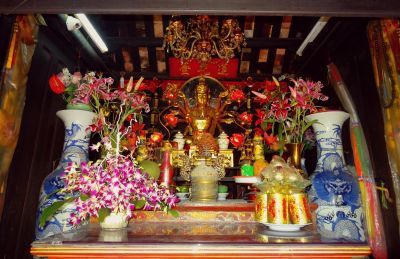 A part of the Accor group of hotels, Hanoi's newest luxury boutique hotel is possibly one of the nicest places to stay in. With a sophisticated modern design that has elements of Hanoi's French colonial past, the interiors are theatrical more than anything else. With large, comfortable, tastefully decorated rooms and equally fancy bathrooms, this stylish place comes at a price but is worth every penny. The location is perfect too - it is nestled between the Opera House and the Hoan Kiem Lake. The excellent service is the icing on the cake. The rates begin from about 150 USD for a night and WiFi is complimentary (and fast). Visit www.mgallery.com for more information and bookings. 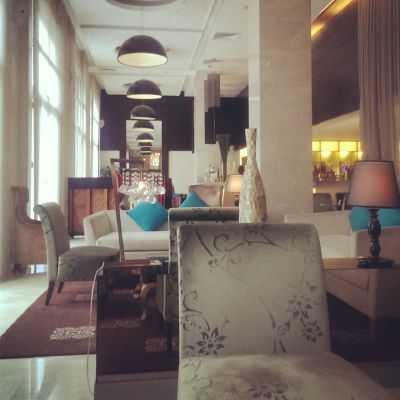 A maze of over 50 streets, the Old Quarter is busy, noisy and a colourful assault on your senses and reflects the true spirit of Hanoi. With hawkers selling the most inviting fare, the scent of which will reach you even from a distance, this place is a paradise for food lovers and shoppers alike. From clothes, cosmetics, perfumes, handicrafts, medicines, jewellery to religious offerings and spices - you can find practically everything here. The traffic is disorderly and there is a good chance that you will get lost if you don't follow a map, so keep your eyes open and bargain as much as you can. It is also the right place to sample local beer, coffee and traditional Vietnamese food. Getting there: Walking is a pleasant experience in Hanoi because the public transport isn't really great; however, if in case your legs are not up to it, you can always take a taxi but beware of faulty meters (the flag fall is around 20,000 VND for about 2km). Additionally, you could take the electric train for a journey around the Old Quarter. Hailing a cyclo is a good idea only if you can bargain and decide on a price before getting on because the drivers grossly overcharge. 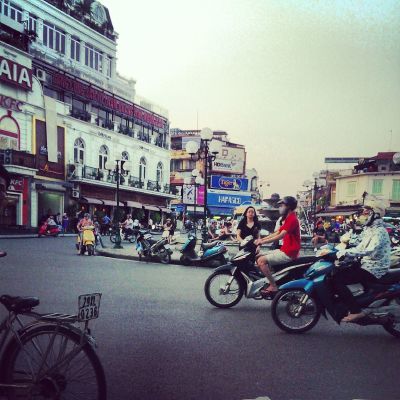