From home to Reckong Peo 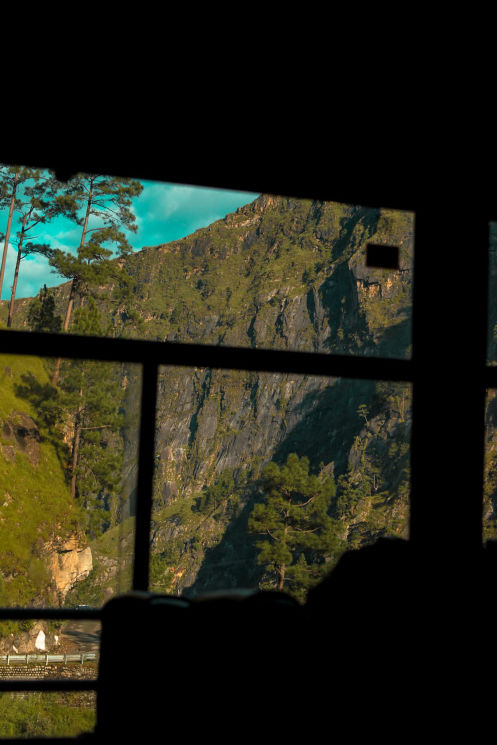 I still remember that day. The morning was turning darker as the hours passed. It was exactly opposite to the allegory of a morning. The excitement in my heart couldn't confine itself. But in the rush of packing my bag, excitement had taken a backseat while nervousness drove things forward. My train was scheduled for departure at 12 pm and I was done with packing my bag at 10 am. I left home as soon as I realised that rain was taking over the Mumbai skies. Then began my bouts of nervousness. There was so much traffic that I had to ask the taxi driver to take the longer route which would be less crowded rather than the regular shorter route. It was a gamble at the 12th hour which paid off thankfully and I reached station just in time. I met my two companions and we hopped onto the train as I was happy that my much awaited gateway had officially begun. Sitting in the train, I was pondering over the plan for next 2 weeks and many other things. I mostly spent that afternoon and evening glued to my phone. Then in the evening, I got down at Vadodara. It felt nice to observe the life at railway stations in other states as the train zipped past through Gujrat and Rajasthan. Some of the stations didn't even have a single person or even a lightpost for that matter! After having food; I quickly climbed onto my seat which was one of the uppermost seats in our coach. Some of our fellow passengers were amused that we were going on our own for a trip for so many days. I didn't know when did I fall asleep while reading 'The Alchemist'. Train had reached Uttar Pradesh already when I woke up. The train stopped for long at Mathura, then New Delhi and so on. 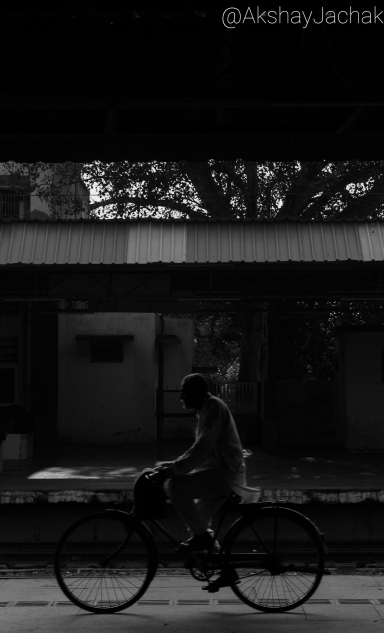 The landscape besides train tracks was transformed into typical fields of rice and marigold. Yes, the ones that we have had enough of in Yashraj films(But still can't get enough because bollywood is in our blood). The temperature had drastically increased after 12 pm and I returned to my seat after standing on the door for many hours. In the afternoon, the train was reduced to just a 3 bogey ride since many coaches were removed at Ambala Cantt. This was something new for my eyes. Train had reached Chandigarh at around 4pm. I quickly reached the Bus terminal. Chandigarh surely felt like a well-planned city and a quiet one(Maybe because it was a Sunday) but a lot humid than expected. I was so tired that day but I couldn't keep calm till I got onto the bus for Reckong Peo. I was checking nameplates of all the buses that were coming and going. The wanderlust within me was feeling sorry that I don't get extended holidays as I read those nameplates. Dharamshala, Shimla, Manali, Rishikesh and what not. I was constantly annoying the depot personnels at the query counter regarding the bus. But they were very helpful. All the chaos at the bus terminal was strange. I was about to leave all this chaos, hustle-bustle of city life behind for many days. This was a first of its kind for me. The bus was jam-packed as well. It was going to be one heck of a ride, I realised. Our less spacious HRTC bus was constantly turning to the left and right alternatively once we left Chandigarh and got onto the Himalayan expressway. The highway is being expanded so there was much dust while on the way. But what got me more worried was the amount of trees they had to cut down for making the transportation faster. Anyways, our bus made its way through Shimla , Narkanda and many other villages. I even saw some people getting onto the bus at 12 am near Shimla and then getting down at some other place ahead at around 1 or 2 am. What a life, I thought! While I did miss some certain things, I slept with a happy realisation that I would be in Kinnaur when I open my eyes. No other thought can beat the happiness of being free on road. We did stop for tea at 3 am and then changed our bus at Rampur. As the sun rose up; Kinnaur got me to fall in love with it slowly and then all at once. Our bus was traversing the partially wet narrow roads while sunshine was peeking through the rocks cut overhang. Such types of roads are a trademark of Kinnaur. The driver was taking on these roads with such finesse. We were being greeted with snow laden peaks occasionally amidst all the lush greenery in September. The whole view looked as if somebody had colour toned everything out of the window using Photoshop. 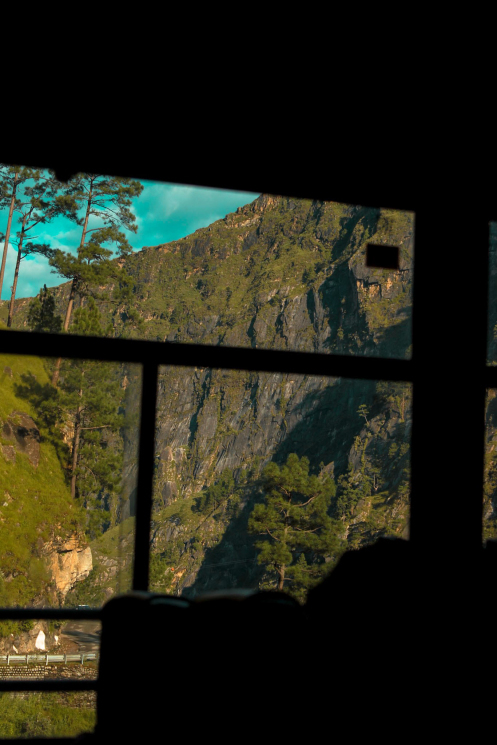 There were many Indian army establishments on the road given that the region is close to the China border. Also, Sutlej river accompanied us right till the time we started ascending the final stretch for Reckong Peo. The roads were not in good conditions either. But the landscape outside made me forget everything; including the fatigue that I was having due to constant travelling for the past 2 days and a night. I longed for the apples hanging in orchards everywhere. They were looking like the best apples in the world and once I tasted them; They were indeed the best apples in the world. Bright sunshine falling on these orchards and many others flowers in some gardens along the road was a sight to behold. While our bus climbed the final few kilometres, hairpin turns were allowing us to have the grandest views of Kinnaur valley and also the Kinnaur Kailash mountain range overlooking the valley. The fresh air of Kinnaur was something that I will never forget. I had been missing the purity of mountains all this time. And just like that, I ended up in Reckong Peo after a 15 hour bus ride with my soul full of excitement and my heart full of joy.