Nothing compares to the experience of travelling on a train in India. India's rail network is one of the largest and busiest in the world, and a ride aboard leaves you nervous, excited and amused! Travelling with the Indian Railways is almost like a romance. The network is spread all over the country and trains are for every kind of traveller, suiting every budget! But there are a few trains in India that are the epitome of luxury – meant for those who like the finer things in life. And one such train is the Golden Chariot train — a train that has two routes, both in Southern India, and covers some of the most famous sights and cities.

It's named after the famous stone chariot in Hampi, a UNESCO World Heritage Site. A journey on the Golden Chariot train lets you travel back in time and see how the Maharajas of the bygone eras lived in luxury. It takes you through routes that are a mix of the heritage, tradition and vibrant culture of South India.

Here are the two routes of The Golden Chariot train:

1. Pride Of The South

This journey covers Karnataka and Goa. The royal train has 19 coaches in purple and gold, with two restaurants serving inter-continental and local cuisines, a lounge bar, conference room, world-class spa and gym.

Bangalore is the starting point of this epic journey. This technological capital of India is known for its wildlife reserves around it and the vibrant nightlife in the city.

Details: You start with registering yourself at Taj Westend hotel in Bangalore. After a cultural welcome, you are taken to visit ISKON in Bangalore. You then leave for the Yeshwanthpur railway station, and enjoy another traditional welcome before boarding your train. You are then off to Mysore. 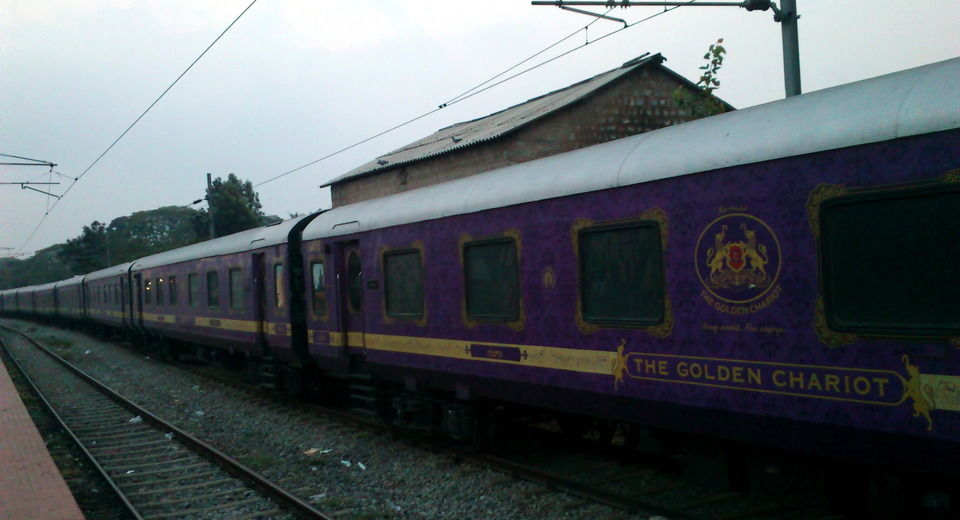 On day two you visit Mysore and Kabini. Mysore is one of South India's most enchanting cities, a city fit for a maharaja. It has palaces famous all over the world for its architecture and design, and the city is rooted deep within its tradition and culture. After sightseeing in Mysore, you depart for Kabini. Kabini River is a prominent river in Karnataka with rich flora and fauna surrounding it. The jungle reserves around Kabini are a treasure trove for witnessing the deadly beasts of the forests.

Meals: Breakfast on board, lunch and dinner at Kabini Jungle Resort.

Timings: Mysore Palace at 10am, Kabini at 1pm, jungle safari at 3.45pm and overnight stay at the resort. 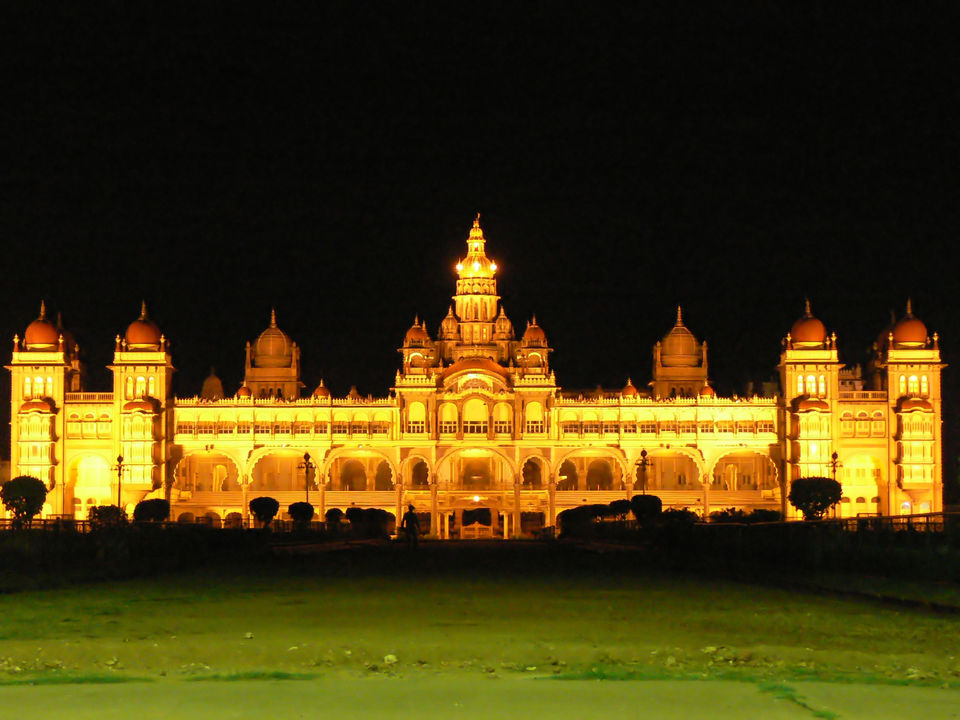 Tiger on the banks of Kabini. PC: Wikimedia Commons 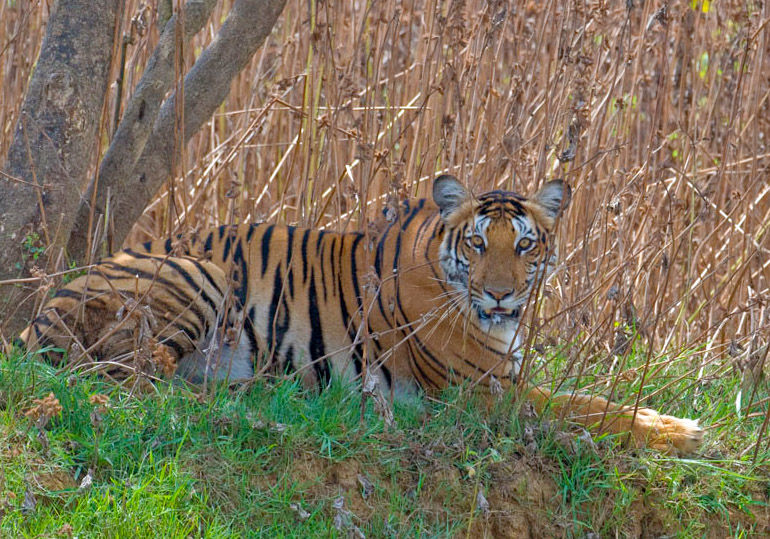 Early morning on day three you go for a boat ride on the Kabini River for a 'bird safari'. This trip is especially curated to spot the variety of birds in and around the rover. After that you leave for Srirangapatnam, a city of religious, cultural and historic significance. It was the de facto capital of Karnataka at the time of Tipu Sultan. It has many temples. You will visit Dariya Daulat and the Tipu mausoleum. Dariya Daulat is a summer palace and a beautiful example of architectural marvels of that era. The Tipu Mausoleum houses the remains of Tipu Sultan, his father Hyder Ali and mother Fatima Begum and has beautifully manicured gardens.

Meals: Breakfast at Kabini Jungle Resort, lunch on board, dinner at a five- star hotel

Timings: Safari at 6.30am, Srirangapatnam sightseeing at 3.30pm, shopping at 6pm, cultural performance followed by dinner at 7pm 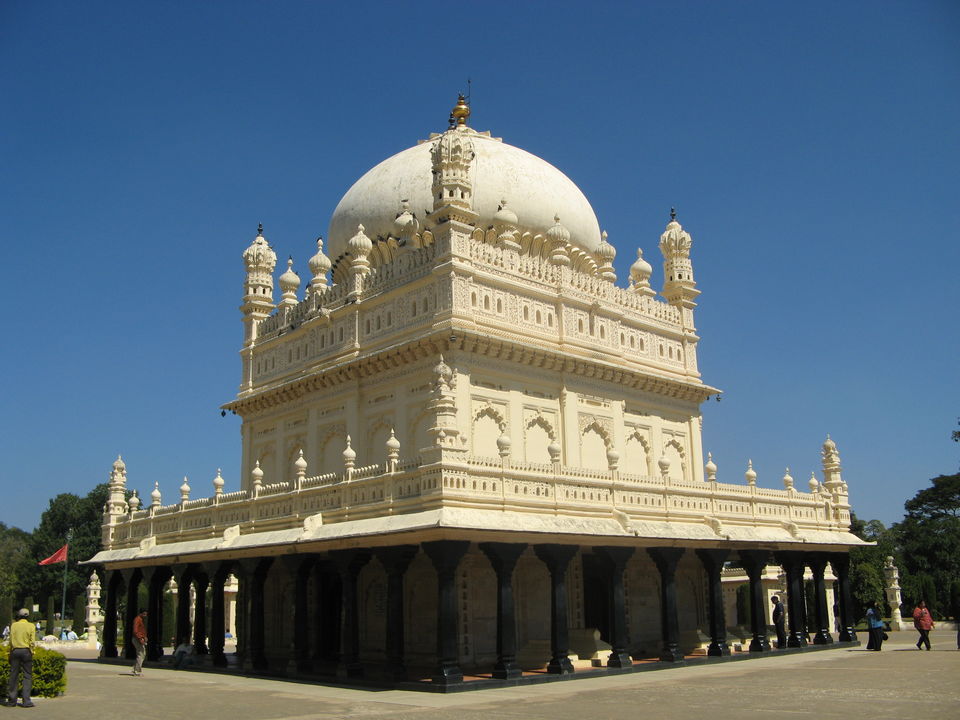 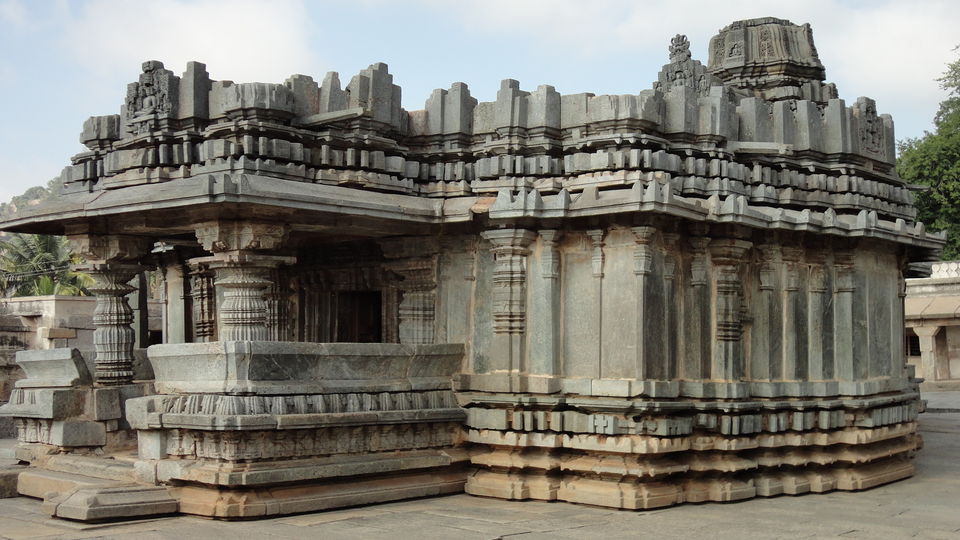 Day five the train travels to Hospet, the station you de-board at to visit Hampi. Hampi is a UNESCO World Heritage Site and a place to truly understand and appreciate the ancient architecture and art of the Southern Indian rulers. The capital of Vijaywada Dynasty, Hampi currently is one of the most popular destinations to visit. It is identified by a humongous stone chariot, in the verandah of Vijaya Vittala temple complex. This is also the stone chariot after which the train was named.

Timings: 8.30am for Hampi sightseeing, 3.30 pm for Vijaya Vittala temple complex and 5pm at Tungabhadra river. 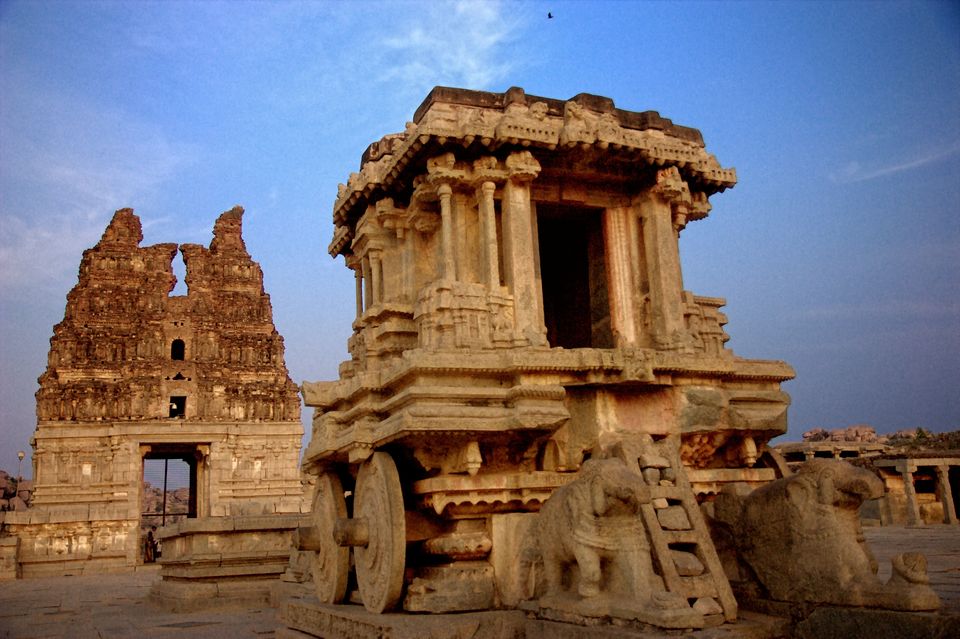 On day six we travel onwards to Badami, the regal capital of the Badami Chalukyas, a town widely popular for its complex cave temples. In these caves are Hindu, Jain and Buddhist temples. The first cave has the idol of Shiva as Nataraja; the second cave and third caves have idols of Vishnu carved everywhere; the fourth cave is known to house the Jain Tirthankars and the fifth cave is believed to be a place of worship for the followers of Buddhism.

Timings: 8.30am for cave exploration.

After sightseeing in Badami, the rest of the afternoon is free to relax and enjoy the facilities on board. 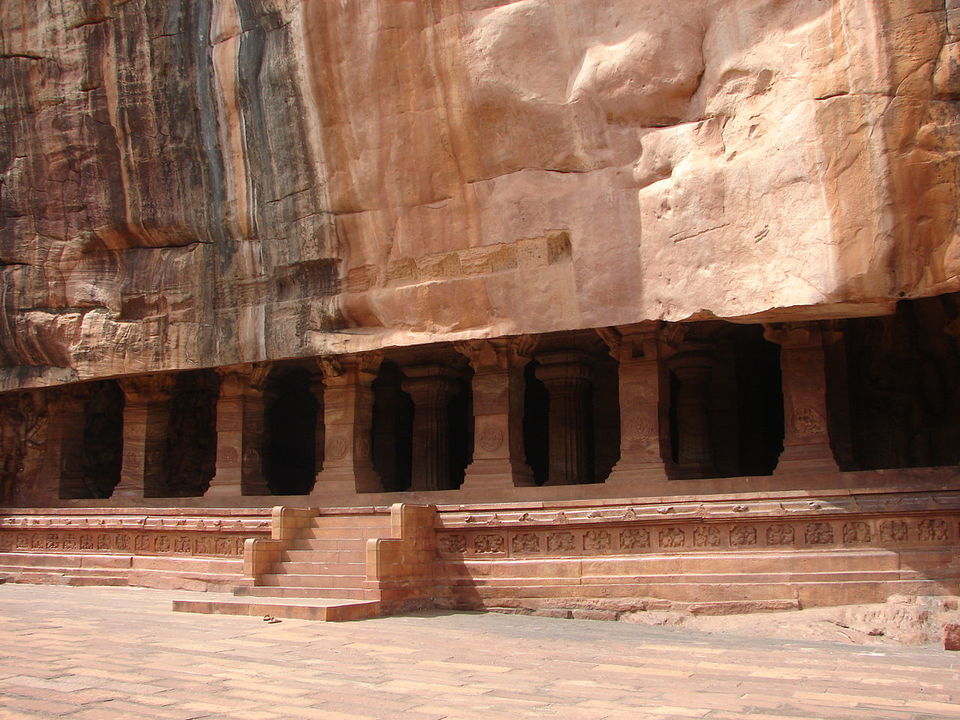 The last day of the journey bring you to Goa. This coastal city is so much more than the parties it is infamous for. And that is exactly what you'll witness. You'll be visiting some of the famous old Portuguese houses and Catholic churches of Old Goa, with the day ending with a casual stroll at a quiet beach. This city is a kaleidoscopic blend of Indian and Portuguese cultures, with the best seafood in the country.

Sights Covered: Famous churches of old Goa, an old Portuguese house now converted into an emporium for shopping and refreshments, evening on the beach.

Meals: Breakfast and dinner on board. Lunch and hi-tea at a five-star resort in Goa.

Timings: Goa sightseeing starts at 10am, hi-tea and beach time from 4pm. 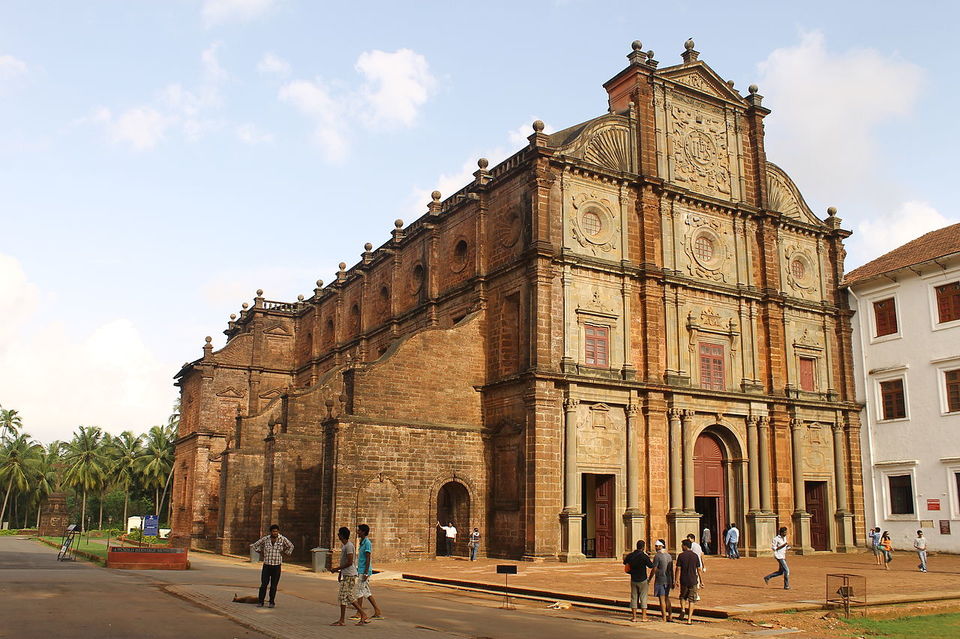 This is the day you deboard from Golden Chariot train and after one last breakfast, reach Bangalore around 11.30am. It's time to go home with a million memories!

2. Splendor of The South

This journey covers famous sights of Tamil Nadu and Kerala. The train has 19 coaches, two restaurants, a lounge bar, a conference coach and gym and spa facilities.

Bangalore serves as the starting point of this epic journey. India's technological capital, Bangalore is also known for the wildlife reserves around it and the vibrant nightlife in the city.

Details: You start with registration at the Taj Westend in Bangalore. After a cultural welcome and orientation of the tour, you are taken to visit ISKON in Bangalore. You then leave for the Yeshwanthpur Railway Station, and enjoy another traditional welcome before boarding your train. You are then off to Chennai.

Timings: Registration at 4pm, ISKON at 6.45pm, to the railway station at 8pm, train departs at 9.15pm 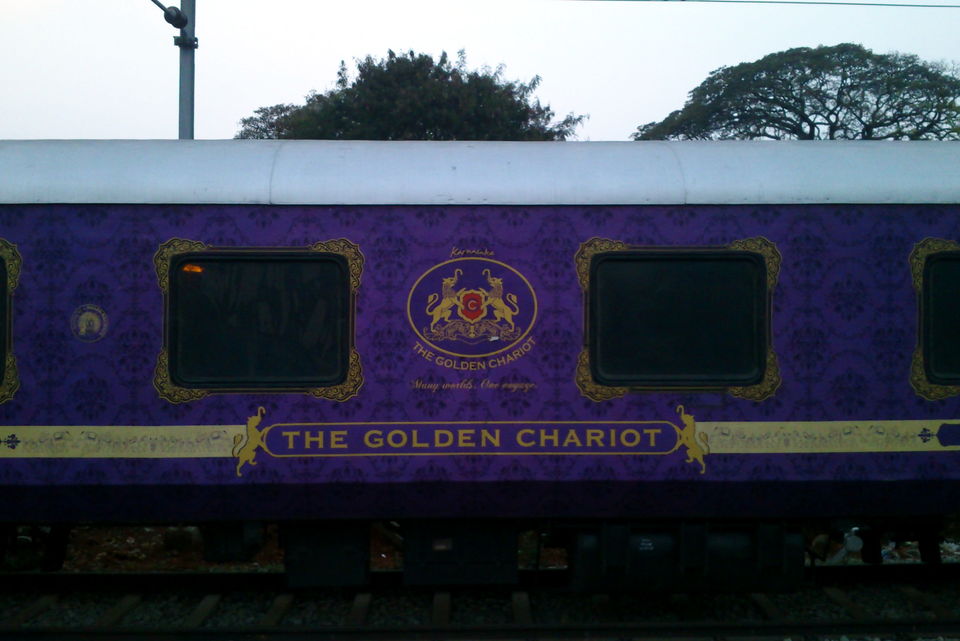 On day two you arrive in Chennai and then leave for Mahabalipuram by coach. Mahabalipuram is known for its temples and monuments built by the Pallava dynasty in the 7th and 8th centuries. Krishna's butter ball is a huge boulder balanced on a small hill and a truly spectacular sight. After sightseeing and lunch in Mahabalipuram, you depart for Puducherry. The evening is spent on board the train.

Meals: Breakfast and dinner on board. Lunch at luxury resort in Mahabalipuram

Timings: Mahabalipuram sightseeing at 10am, Shiva shore temple at 3pm. 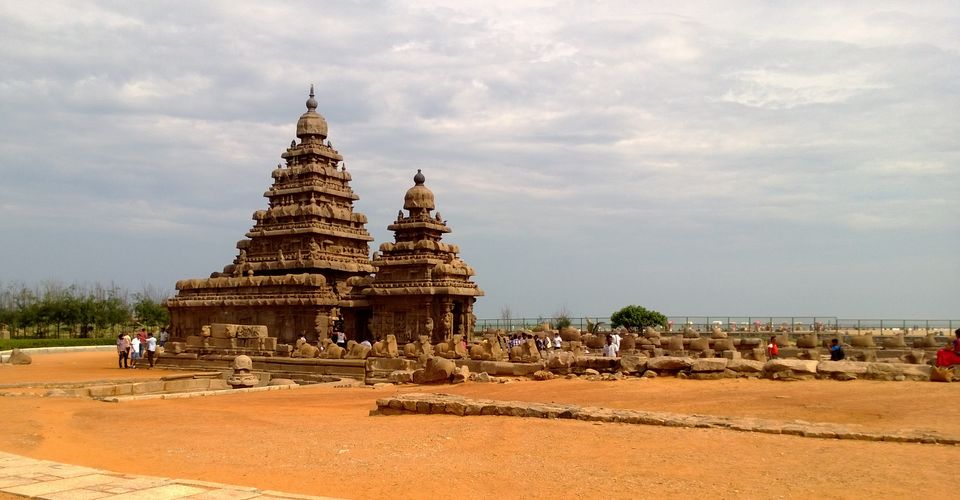 On day three you wake up in Puducherry and post breakfast, depart for Auroville, an experimental society, in Pondicherry. This coastal town is famous for its French quarters, local and international cuisine and the beautiful beaches. It's a place where you can enjoy the cultural diversity of France and South India, discover pristine beaches to just chill at and relax, and rejuvenate with some yoga and meditation.

Meals: Breakfast and dinner on board. Lunch at a luxury resort in Pondicherry.

Timings: Auroville at 10am, Aurbindo ashram and other sightseeing at 3.45pm. 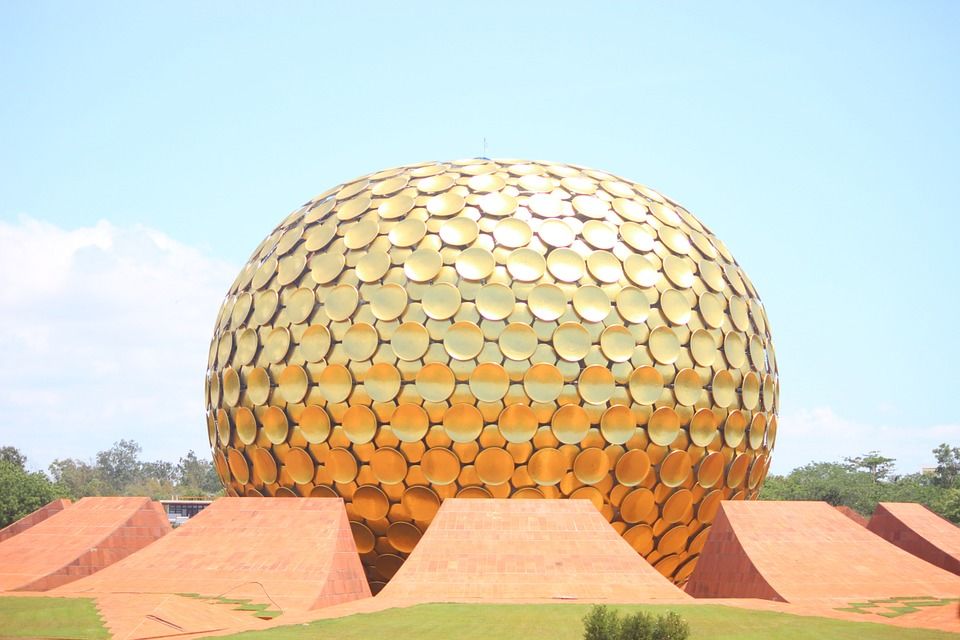 On day four you stop at Thanjavur. Locally known as Thanjavur, this city is a prominent centre of South Indian religion, art and architecture. This is the centre of the most remarkable civilisation of Dravidian history, the Chola empire. After sightseeing in Thanjavur, we leave for Trichy. Trichy or locally known as Tiruchirappalli, is a city with a strong character and long history. It is pretty much the geographical centre of the state of Tamil Nadu. It's a huge city that mixes up culture, religion and business and one can only experience it by actually being there.

Meals: Breakfast and dinner on board. Lunch at a riverside luxury resort enroute Trichy from Thanjavur.

Timings: Brihadeshwara Temple at 10am, Maratha Palace at 11.30am, Sri Rangam Temple at 4pm. 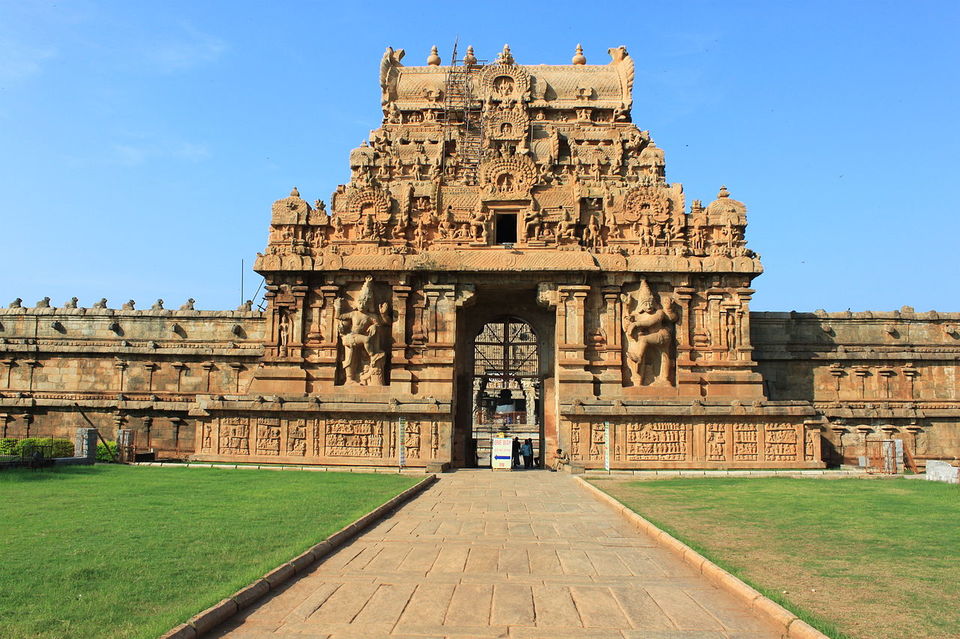 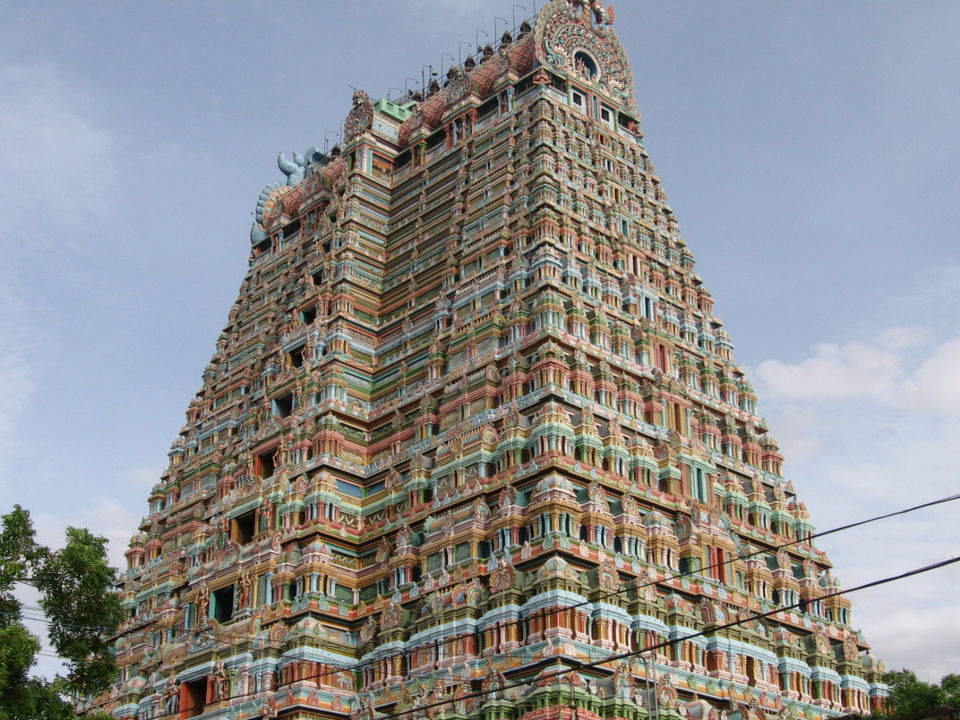 Day five you arrive at Madurai. Lovingly called the 'Athens of the east', Madurai is a city, the skyline of which is defined by the 14 colourful gopurams (gateway towers) of Meenakshi Amman Temple, making it a true centre of religion and spirituality.

During the afternoon you can either stay and relax on the train or go out to shop. 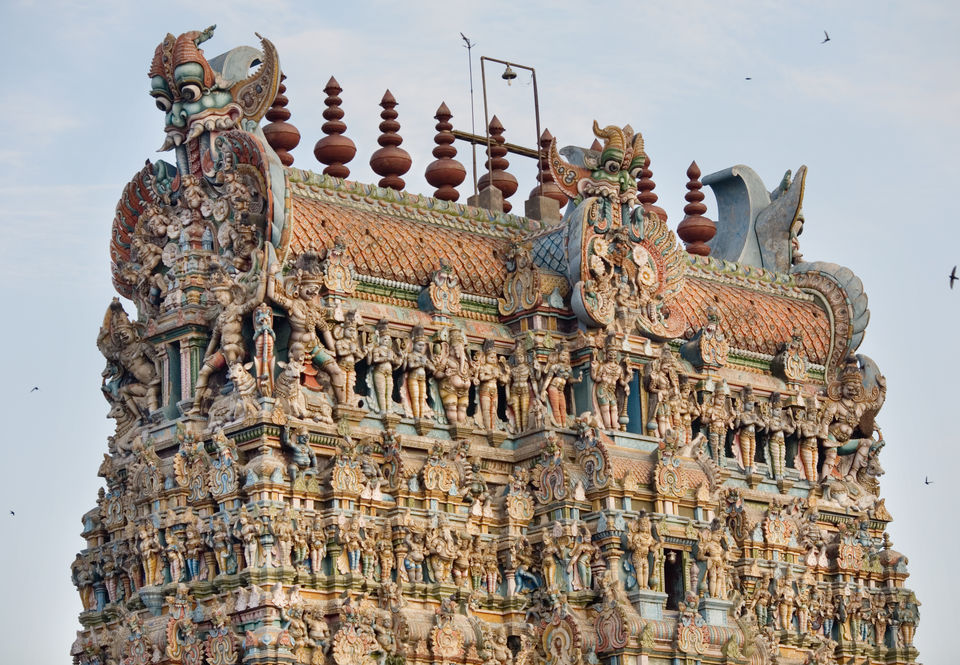 Day six is when you leave from Tamil Nadu and enter Kerala. Today you visit the last stop in Tamil Nadu – Kanyakumari. Kanyakumari is a beautiful coastal town, surrounded by majestic hills and bordered by colourful sea-shores. Fringed by paddy fields and coconut trees, it may feel like a small sleepy town, but it has unmatched beauty. If Kanyakumari is the beach queen of south-eastern India, Kovalam takes the crown for the south-western part of the country. Our entry point into Kerala, this once calm fishing village has now risen to the spot of one of the most luxurious beaches in Kerala. It's a happening beachside town with amazing restaurants and markets to shop at.

Meals: Breakfast and lunch on board. Dinner at a five-star luxury resort in Kovalam.

Timings: Sunrise in Kanyakumari at 5.30am, Padmanabhapuram Wooden Palace at 9.30am, Sunset at Kovalam beach at 4.30. 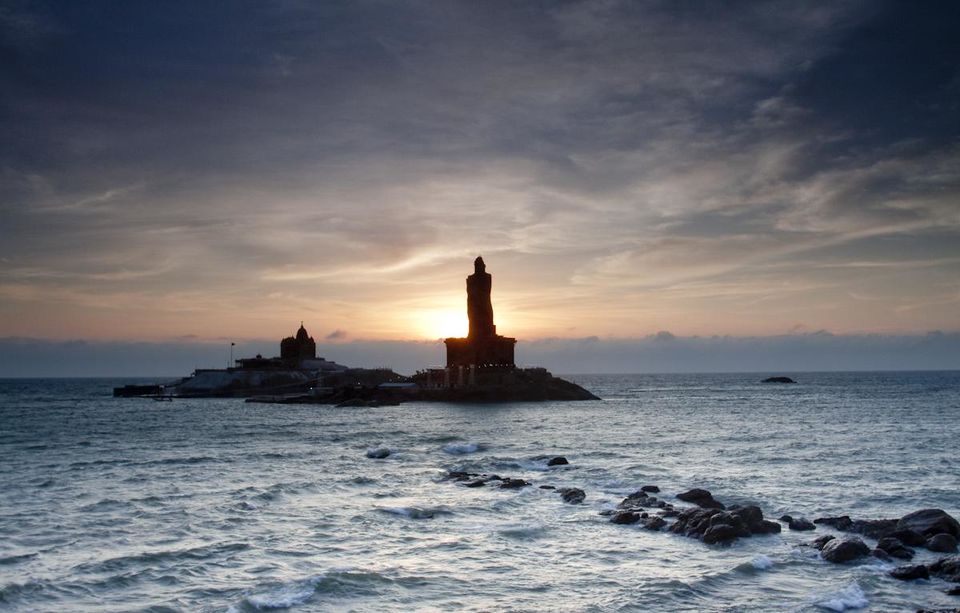 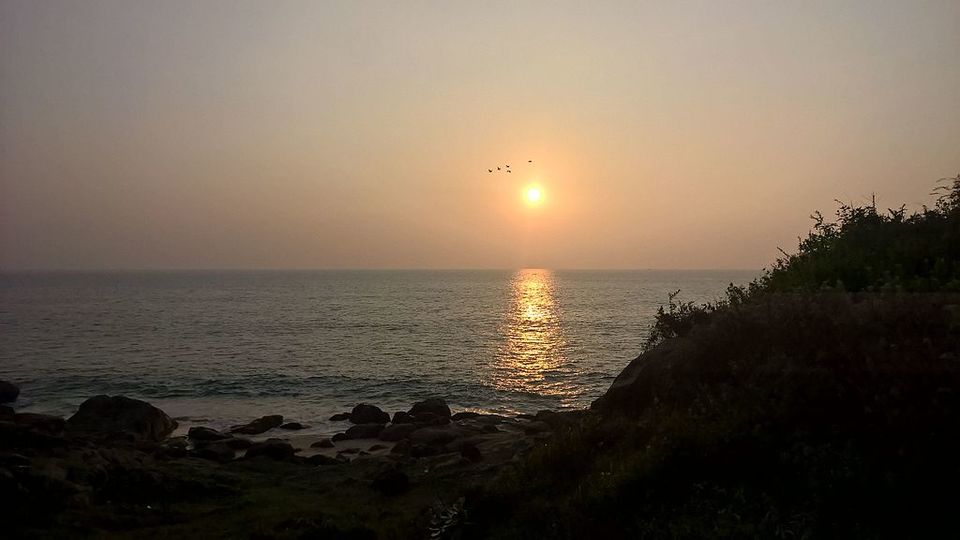 The last day you visit Alleppey, world-famous for its backwaters. Lovingly called the 'Venice of the East', Alleppey is beautiful and charming. It is a greenery-fringed town, disappearing into a watery world of villages. A houseboat cruise is one of, not only Kerala's, but India's mesmerisingly beautiful and relaxing experiences.

Sights covered: Houseboat cruise on the Vembanad backwaters, Chinese fishing nets and a walk around the Jew town for shopping in Kochi.

Meals: Breakfast and dinner on board. Lunch at a backwaters luxury resort.

Timings: Houseboat cruise at 9am, Kochi at 3.45pm. 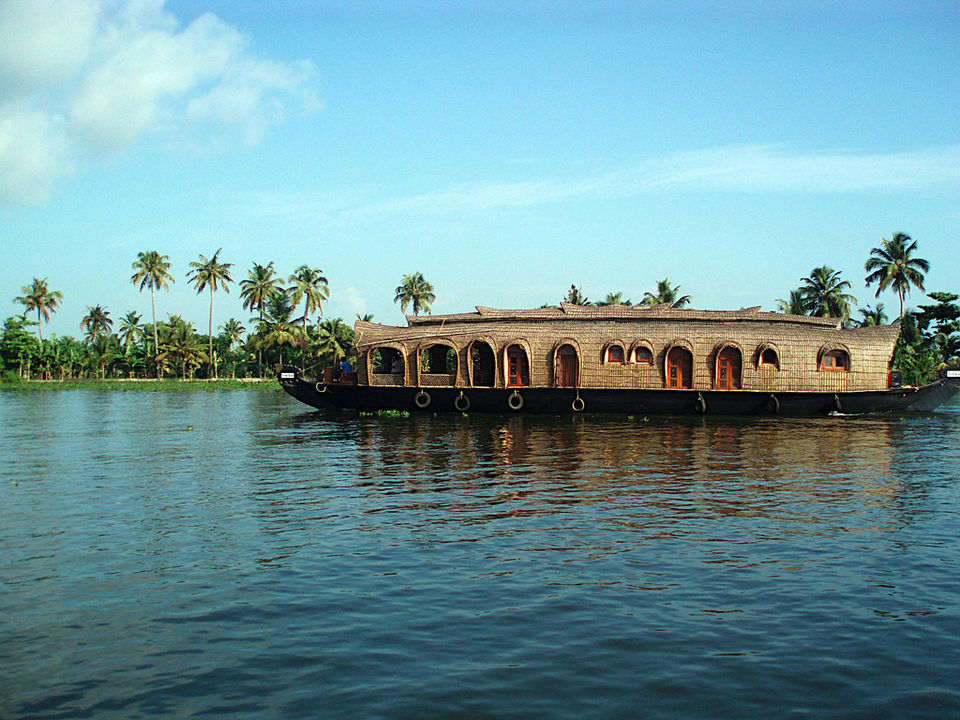 Today is the last morning on board Golden Chariot train. After breakfast at 8am, you will reach Bangalore around 9.30 am, with a million memories and countless reasons to come back.

Have you been lucky enough to experience the opulent luxury of Golden Chariot train? Write all about it here!