India Travel GuideIndia TripsHow To Heal Yourself: 5 Revelations On The Road To Ladakh

How to Heal Yourself: 5 Revelations on the Road to Ladakh 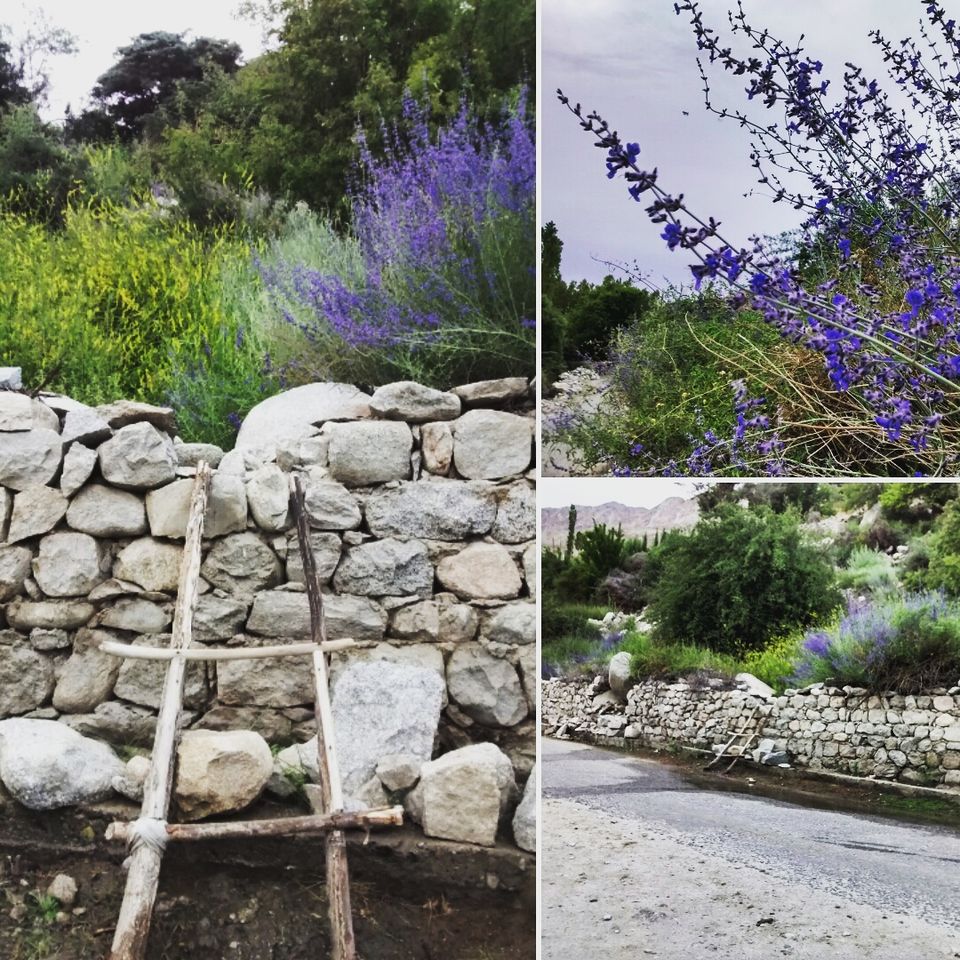 A voice whispered,” You will have to plant the seed to reap the harvest. Nothing good ever came out of stalling.”

It was a dream dreamt to perfection. Late night projects. Deadlines. Feedback. More deadlines. More feedback. Sounds familiar? Me too. How to escape from that? March made way to April extended to June, and I could take it no more. “Set the ball rolling already. INITIATE.” Everything fell in place, and before I knew, I was in Srinagar.

Ladakh has been a long time coming.

Lifehack – Initiate. Take the first step and you will be a step closer to what you seek.

Wait, what? Landslide? Cloudbursts? Roadblocks? Is it Karma? Collective karma maybe, but no silly, it’s not your karma alone. Mother Nature is turning into Mother of Dragons that’s what it is. 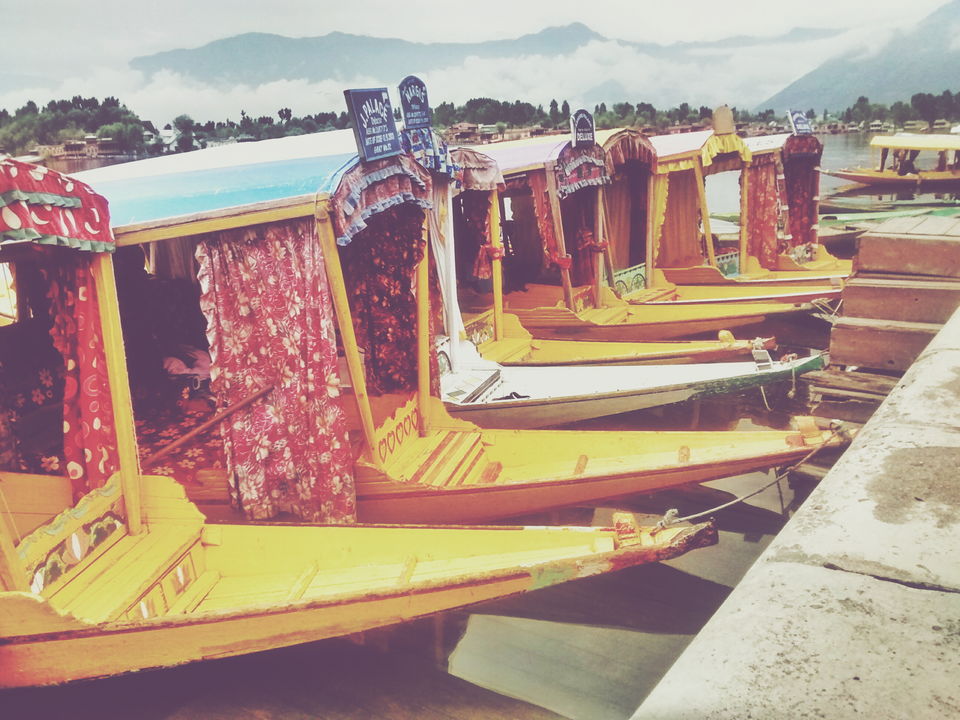 We roamed the streets of Srinagar hoping for a miracle. I decided to believe. Or rather, make believe.

Haven’t you heard, faith can move mountains they say.

I saw myself climbing the untouched terrains of Nubra Valley, as I climbed the steps to the Shankaracharya Temple.  I saw myself surrendering to the glory of Khardungla Pass, as I admired Dal Lake spotted with the colorful shikaras. I saw myself listening to the Ladakhi mountains speak to me as I witnessed time freeze by the bank of Jhelum. I believed. Roadblock gave in, and come morning, we were on our way to the Promised Land.

Lifehack – Don’t give up just yet. Sometimes the answer is just around the corner, all you have to do is believe. 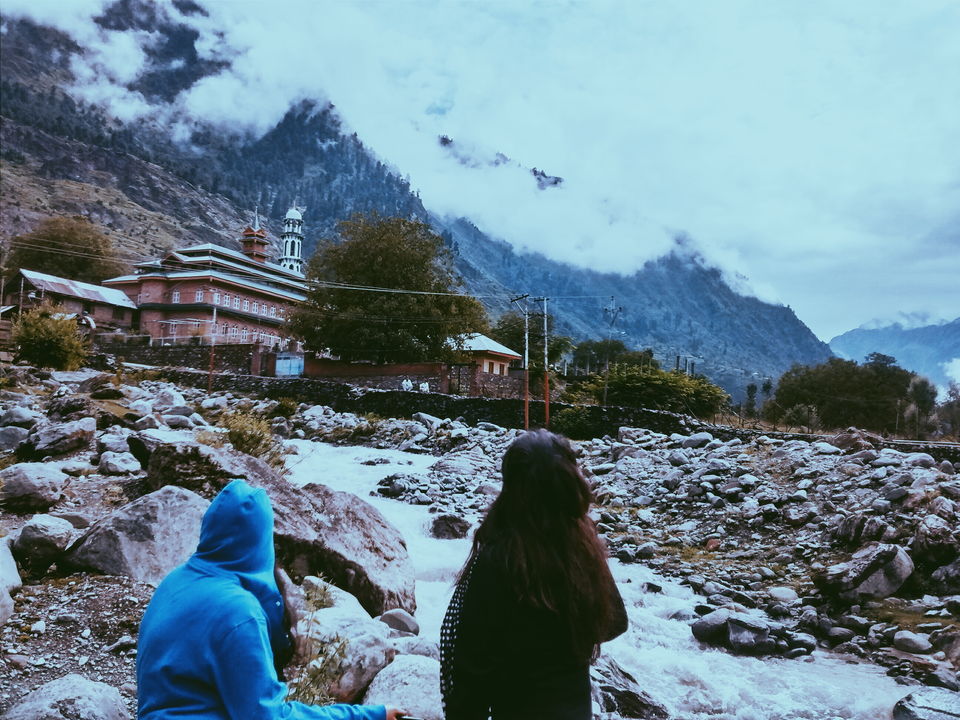 The road didn’t quite agree with my zeal. The cloudbursts had wrecked the highway and the traffic congestion could have put Mumbai’s to shame. But I thanked nonetheless. Thank you for opening the road. It took us 12 hours to reach Gagangeri- the last district of Kashmir, which was hardly 80kms away from Srinagar. Thank you for at least moving! 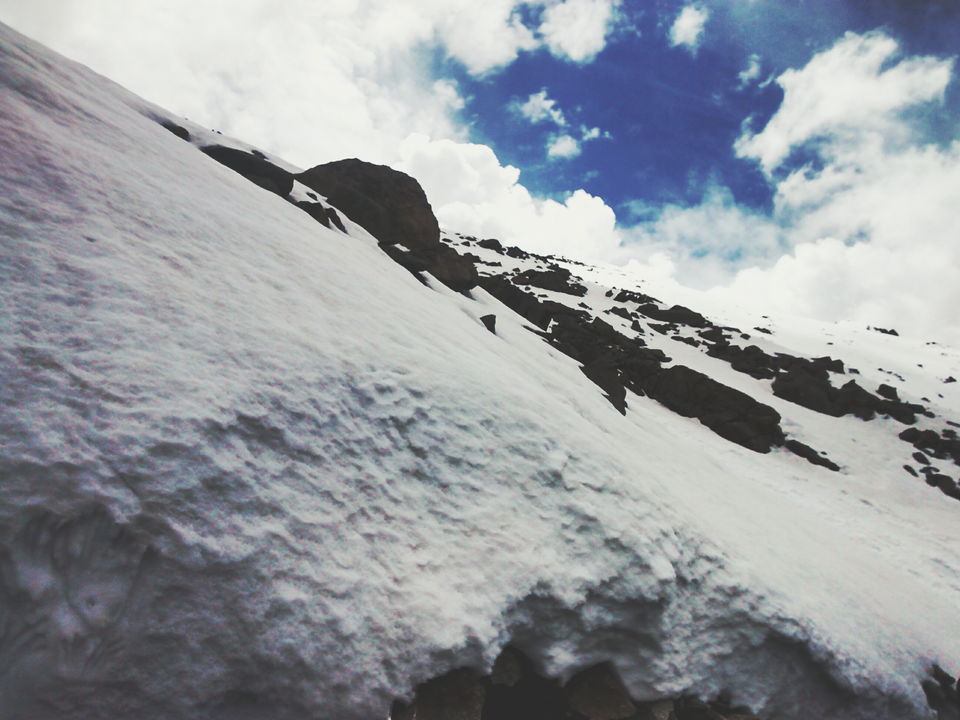 We carved our path through the tricky Zojila Pass into the heart of the Himalaya in the wee hours of night. It was drizzling and the only source of light was the tiny headlights of our Xylo. I couldn’t tell which one was more thrilling- the pronounced darkness or the unpredictable turns. Thank you for helping us cross.

By morning we were finally in Leh. No wonder, we were exhausted to our bones. I channeled the inner Buddhist in me, and thanked the universe from the very core of my existence. The wrath of nature had already ripped my plans apart, and I would be damned if I fretted and frowned.

I had much soul searching to do.

Lifehack - There is always something to be thankful for. Always. So count your blessings, and your woes won’t stand a chance. 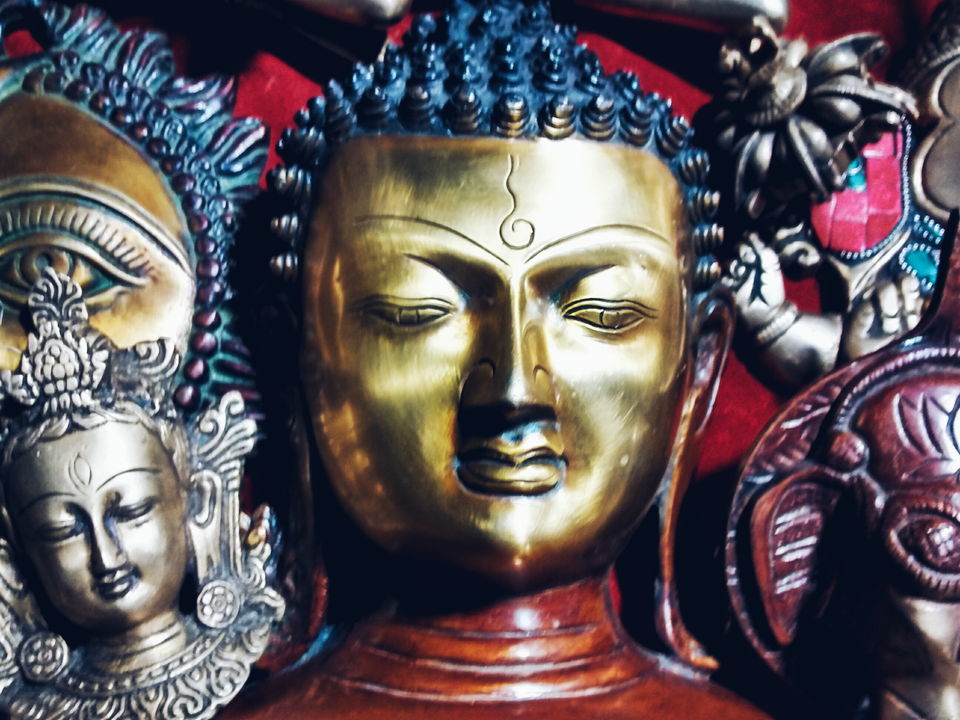 It was a zen like energy that transpired from the atmosphere. The energy that was visible in the zillion of prayer wheels rotating around its spindle, sending our voices into the universe. The energy that brought my lips to a quivering silence as I witnessed the mighty Himalaya from the heights of the Khardungla Pass. The energy that brought fleeting thoughts, in no particular order, trying to catch my attention. An apology yet to be voiced. A heart yet to be healed. A relationship lost in facades. A friendship that couldn't be saved. A life torn between living like a nomad and acting like an adult. The same energy that calmed my mind as I walked off the sudden explosion of thoughts. 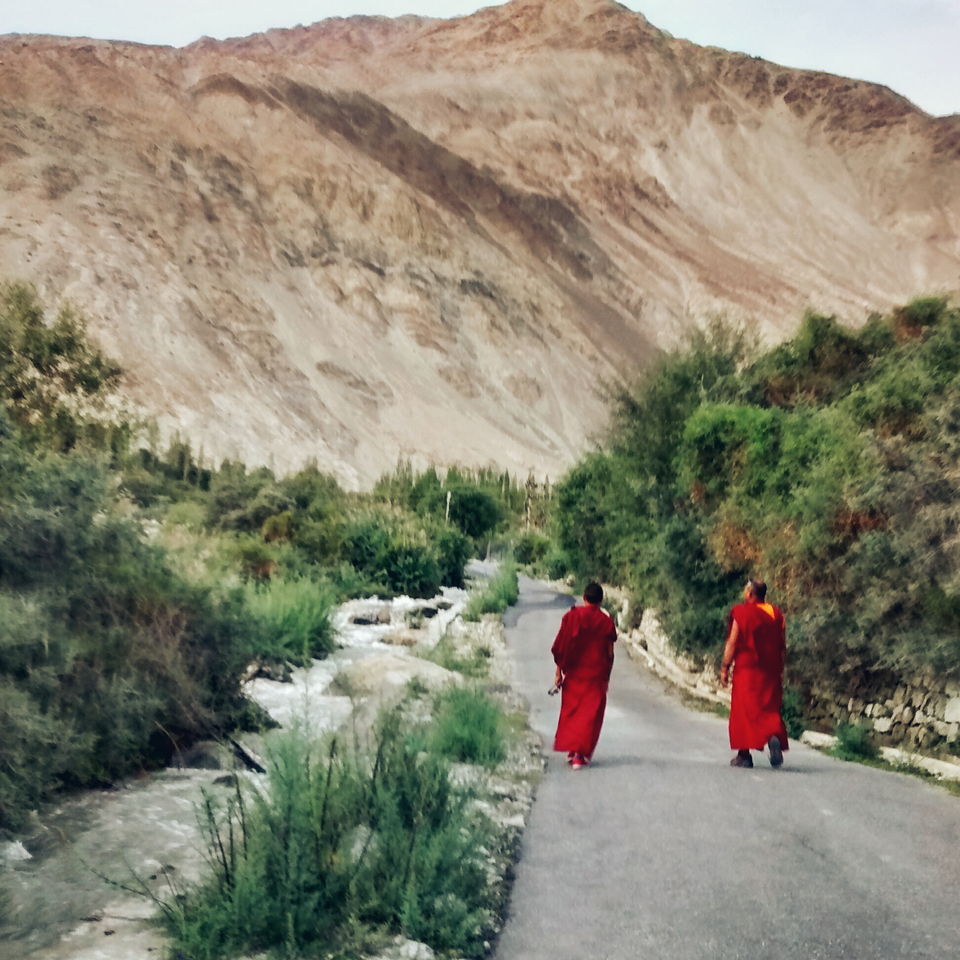 My city lungs tried adapting to the increasing altitude. I had to slow down every few meters as I wandered around the valley of Nubra that morning. I let my lungs catch up. I didn’t know where I was headed to, but for once not knowing seemed the right way to go. I listened closely to the gushing stream and let it become my guide. Maybe we were supposed to live like this, talking and listening to the flutter of the leaves and the whoosh of the wind; reading signs of harmony and uniting with the universe. 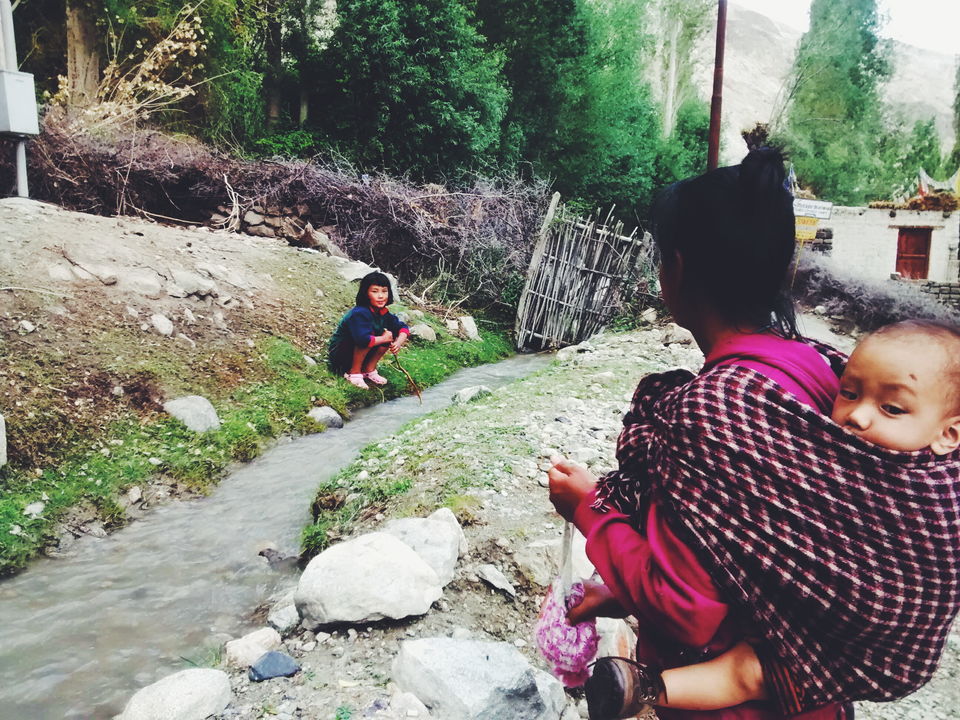 With every step, I let my mind absorb the moments, however Lilliputian.The air. The melting snow. The wildflowers.The blues.The whispering creeks.The smiling kids who greeted me with ‘Juley’. The lies told. The promises broken. The issues unresolved. The knotted memories that overstayed their welcome. The reality of it all stared me in the face. And I absorbed. And exhaled. I felt strangely buoyant and happier, as I traced my way back to the cottage.

Lifehack - The worst is already over. Absorb the truth in it, and you are free. 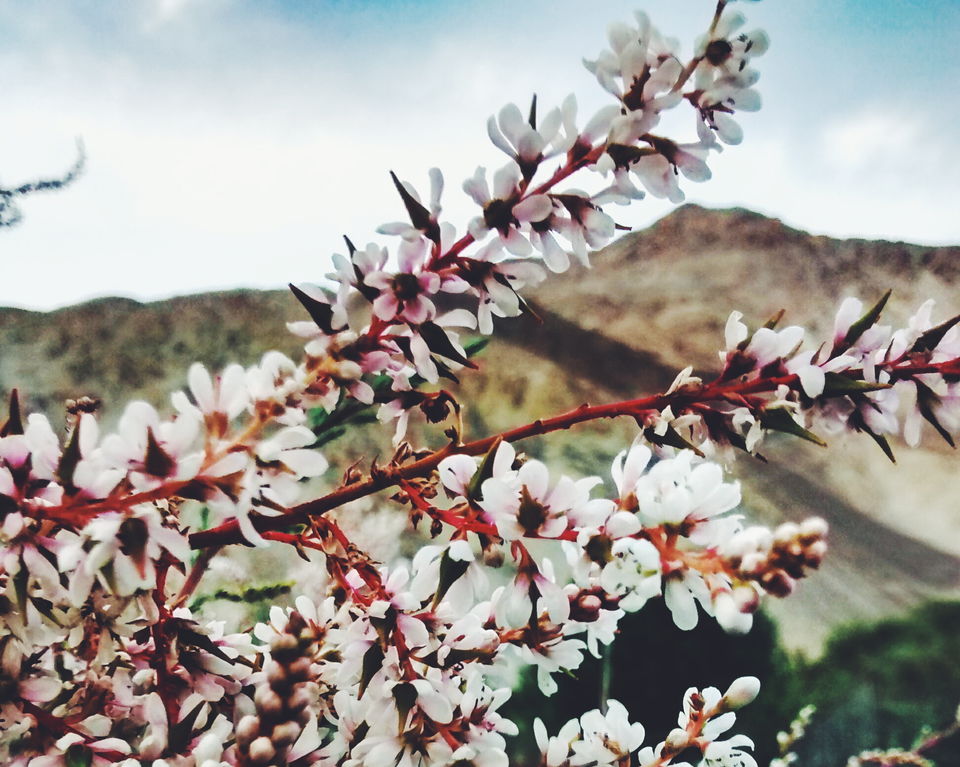 The winding curves. The promise of the unknown. The much needed solitude. With each mindless turn, the healing began. Every step thereon was a revelation. One step, accept. Another step, annihilate. Another step, embrace.  Another step, heal.

Seeking life in these wandering moments has its own perks. You see these moments were my salvation. Every loss, every sorrow, every emotional baggage that slyly latched onto my backpack, in those moments of retrospection, it didn’t matter. Each moment was singular, like a photograph itself.  Every time life threw a curve ball at me, I will find my way back through these moments. I will look at these photographs and feel what I felt then. Absolute joy. Unwavering gratitude.

Lifehack- There is no shortcut to healing.

P.S- On a second thought maybe there is, it's called travelling ;P