Ladakh is a beautiful place, and the snow during winters is an embellishment to its beauty. The place is filled with adventurous activities and the awe inspiring beauty of picturesque mountains and crystal clear skies.
“Getting lost in Leh” is what we were thinking all the time when we did our first professional trek in Leh. Other than a lot of monasteries in Leh like famous Thiksey, there are so many smalll villages in and around Leh and each more beautiful than other. We had an opportunity to visit couple of them during the trek.

a. Lamayuru: it is a beautiful village well connected with Leh-Srinagar highway(NH1), it has a beautiful monastry which reminds you of Cappadoccia of Turkey. We camped here for the first night and the minimum temperature that we saw was -18C. 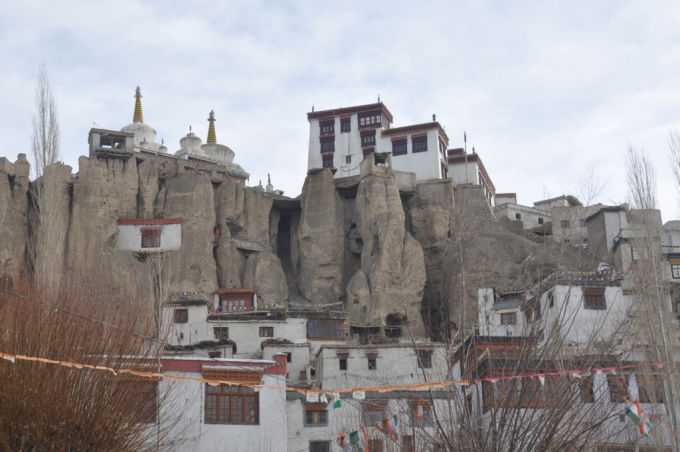 The trek to this place from Wan-la is more of a road trek, but if you detoure your way and enter a small frozen river running along the road, it becomes an interesting trek. Once you reach Phanji La, you can also trek on the frozen stream further to Hanumata. We however, went about 5kms upstream from Phanji la and returned, but the view was really amazing and we liked the challenges the stream had for us. 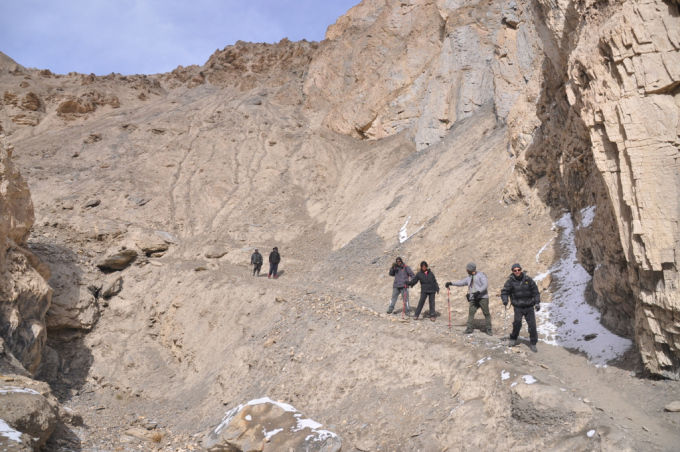 The trek from Lamayuru to Wan-la is about 13.4 kms and you have to cross Pinkrila pass which was at a height of 3600m. This trek is moderate, and it passes through small canyons and valleys. Finally, you cross a stream to enter this place. 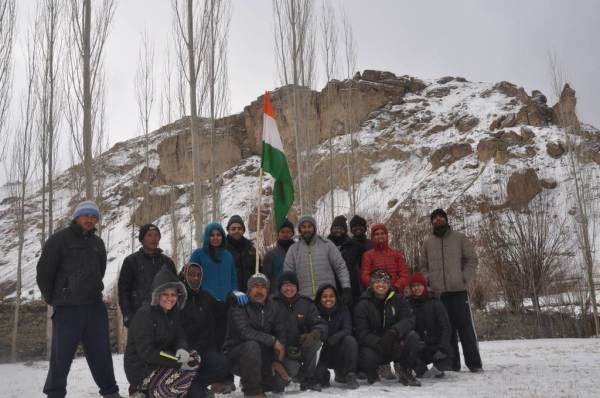 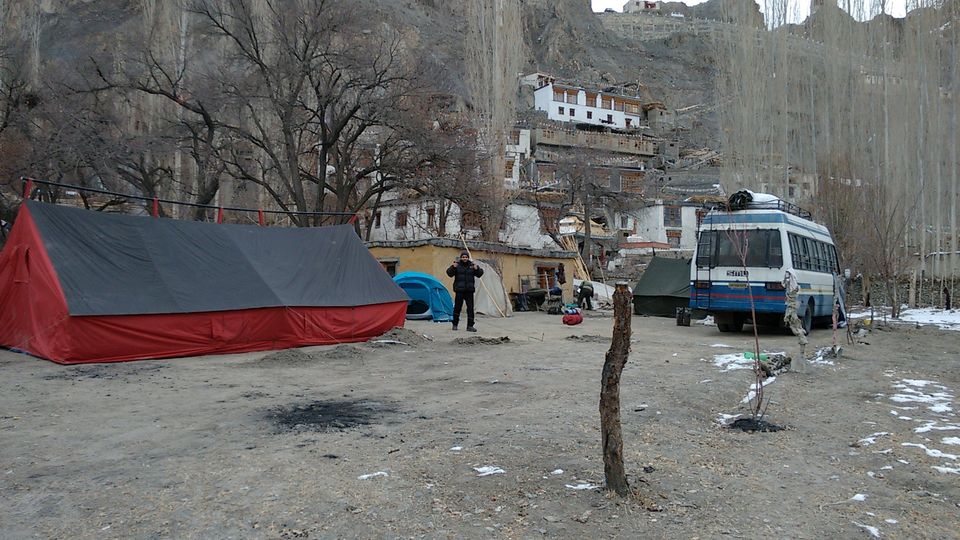 Situated in the cradle of mountain valley, this village is calm and serene. We (tried to) trekked from this village to Konskila pass. The trek was covered with knee length snow and it was very tiring to walk on snow. This was one of the great experiece we had. While returning from the pass to the village again, we took the stream as it was frozen. Since the stream was slippery, we had to sit on our bottom and skid on the stream. It was both hilarious and painful experience, as our bottom got so frozen that stopping for a minute used to get our bottom glued to the ice. 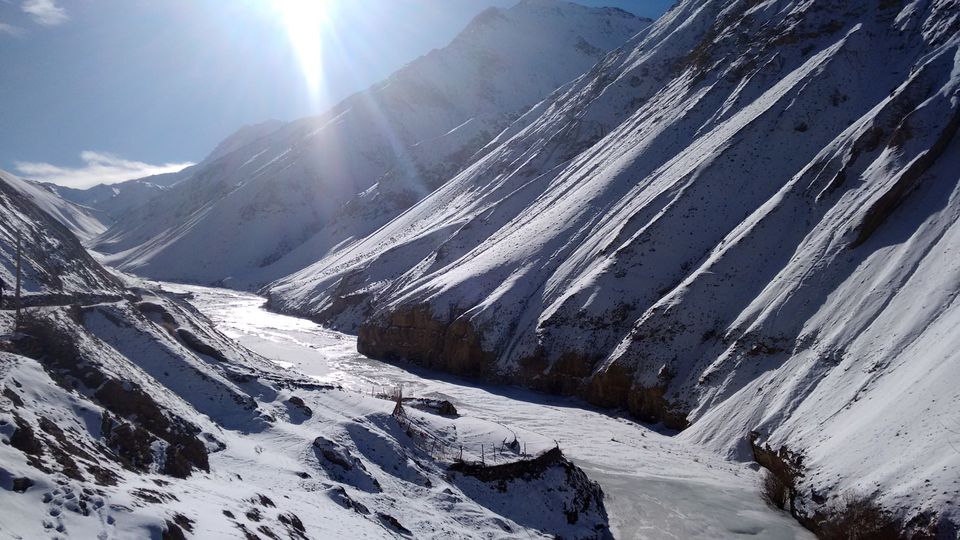 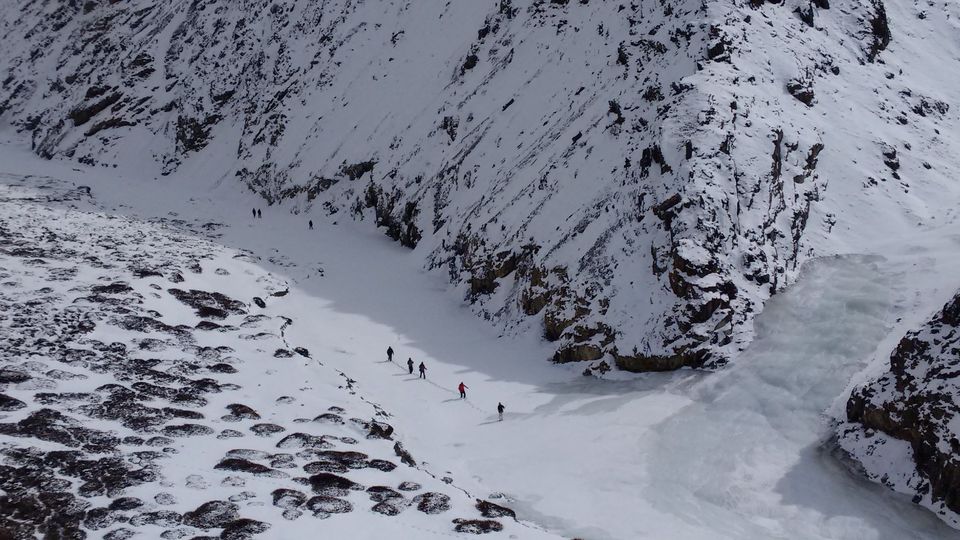 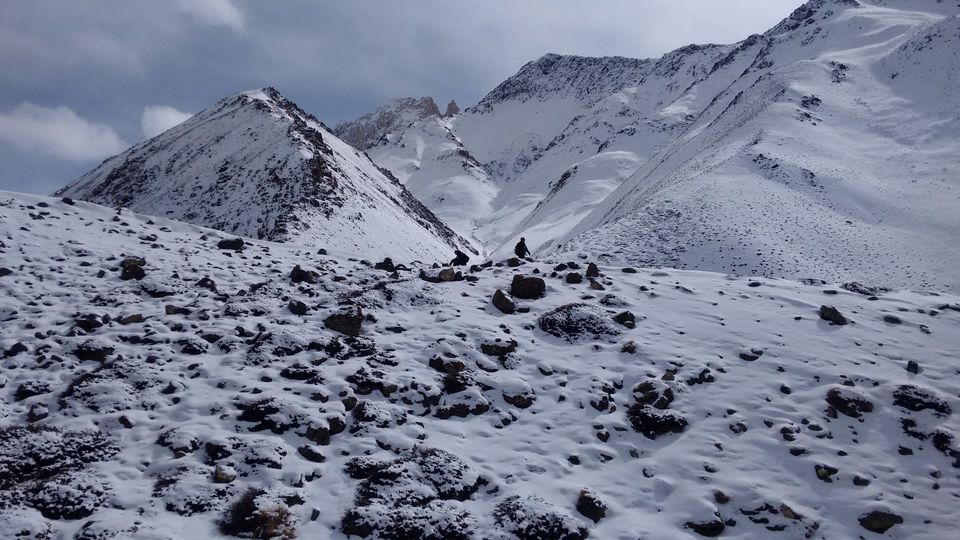 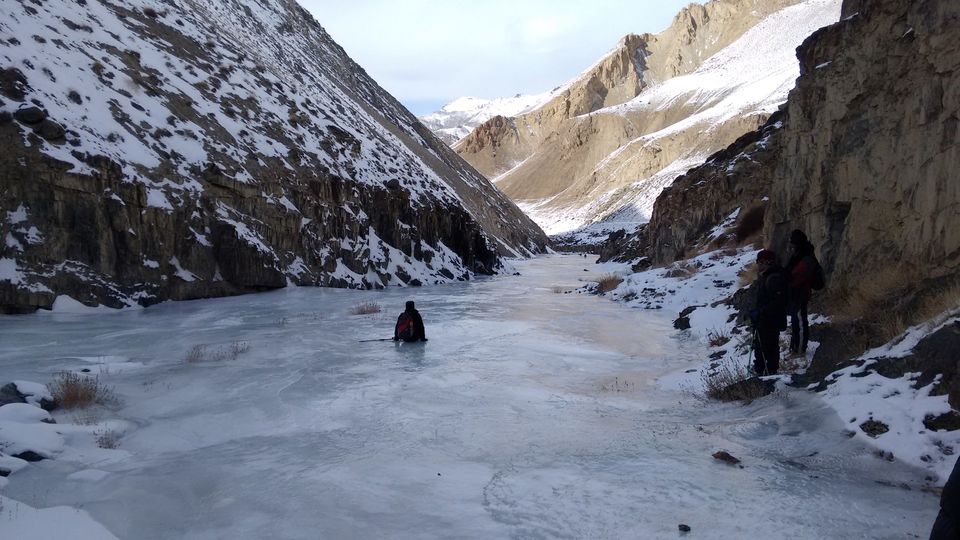 This is on the way to Pangong Tso from Leh, situated after the police check post for Pangong. This was the most beautiful village that we have seen in our life. It reminded us of the New Zealand. It was snowing by the time we reached Sakti and we instantly fell in love with this place. The view was so mesmerising that we all went speechless and the silence between us said all. This place gets really cold because of the chilly winds, we experienced a temperature of -21C at this place. 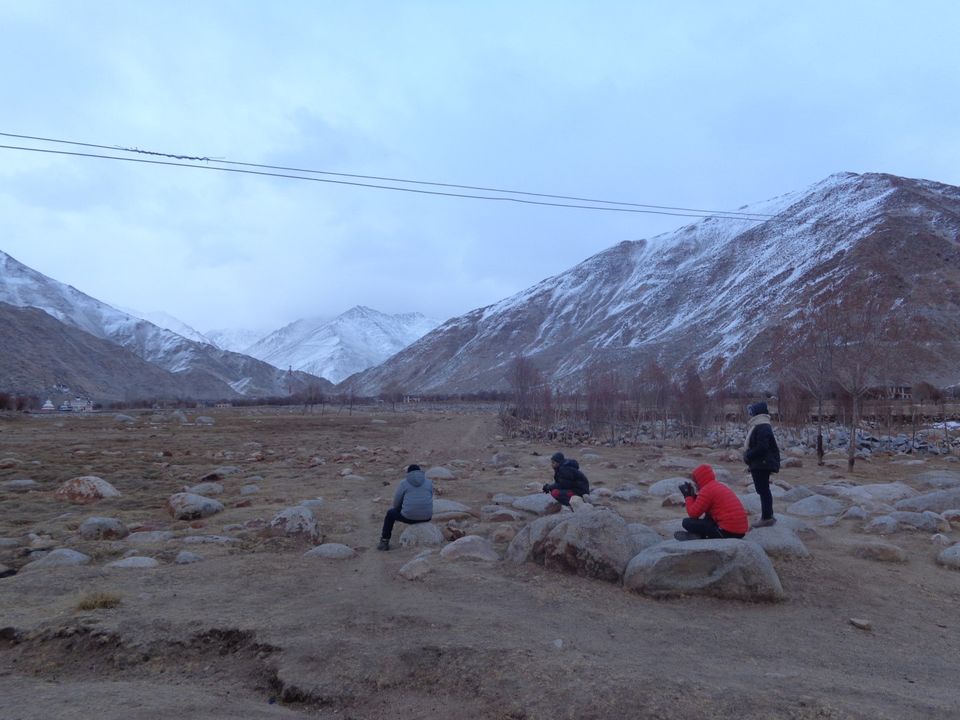 This place is heaven on earth, such calm place and since it was winter there was no crowd also. If someone is looking for serenity, I believe this is the place to be. In order to reach Pangong one has to pass from world's third highest motor able road situated at almost 18,000 ft above sea level. But once you cross the pass, it is a sight to watch, the picturesque Changthang wildlife sanctuary and the small streams which have made their way into the sanctuary is pleasure to eye. The undulating plains and plain road, it was just in explainable feeling for the one who reaches that place, it can only be feel. 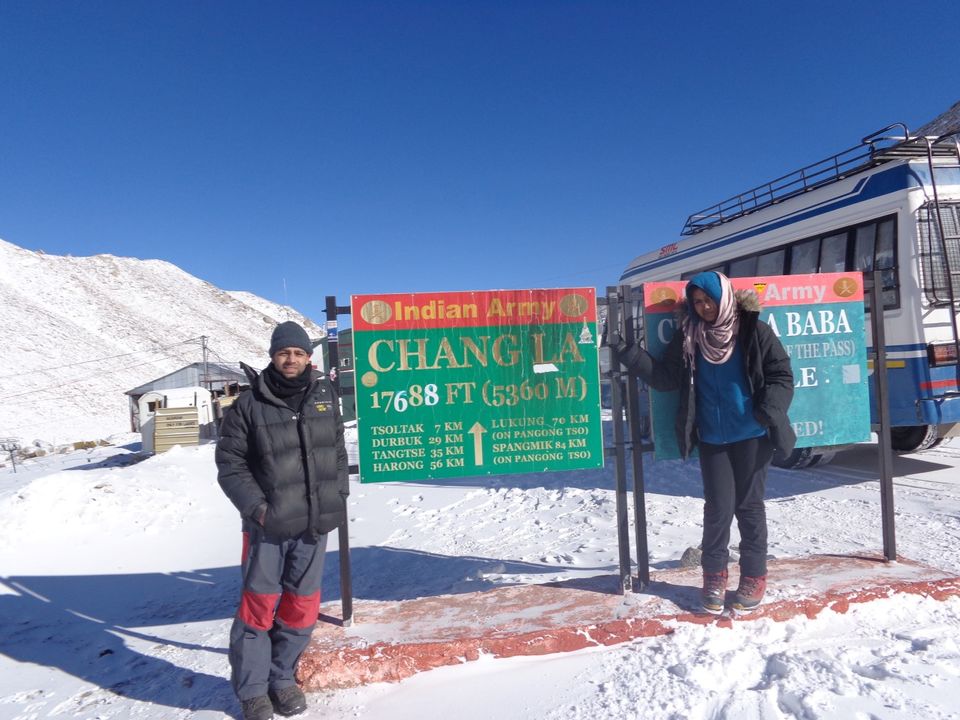 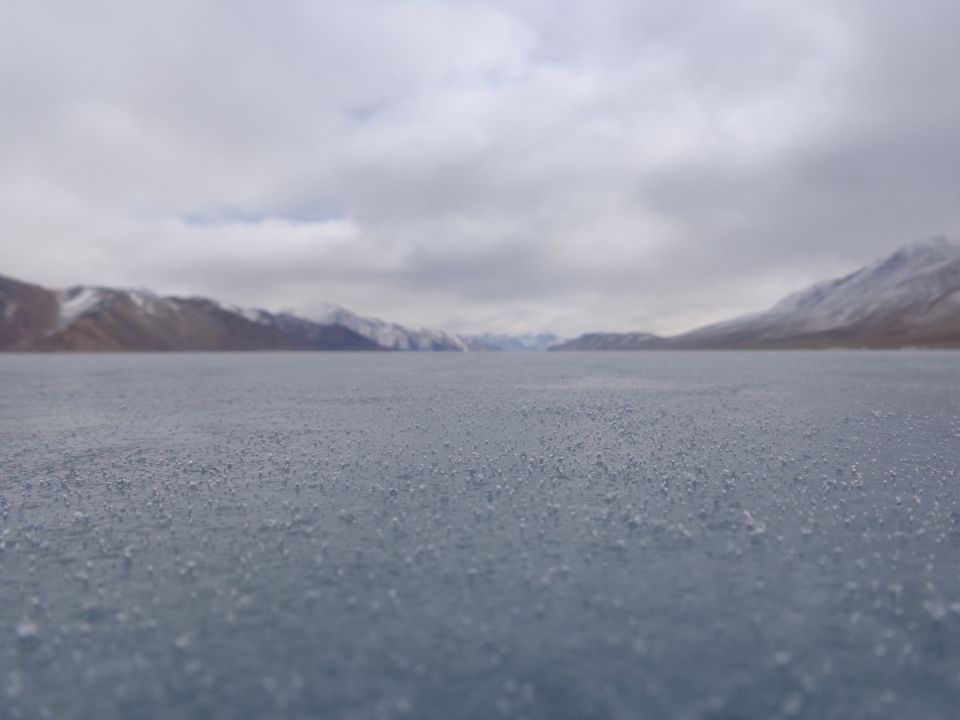 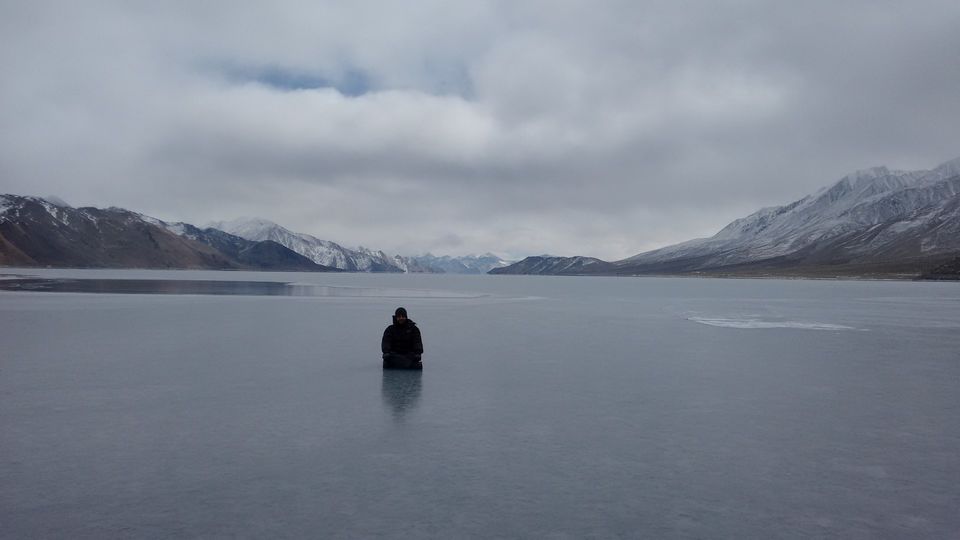