Some of the roads merge seamlessly into tendrils of the majestic Arabian Sea, the others, are bejewelled with stately palaces and bazaars, that have been abuzz with activity for over a century and half. Some roads are deluged in the naïve charm customary to small towns and some, traversed by unblinking buffaloes at infuriating intervals. Regardless, the length stretching from the City of Dreams to that of the Lakes, is an ode to India's best. The beaches are sweeping, the islands aquiver with the chatter of flamingos, the havelis echo with their historic pasts and the trail waits eagerly to be delved into and charted by travellers.

So charge your camera batteries, grab your friends, and psych up for a journey through timeworn temple towns, buzzing cities and impossibly blue skies.

The trip starts with a day spent in Mumbai, after which we ride down to Daman, that's around four hours away. Next up, we enter Gujarat with the historic town of Champaner and head to Pavagadh Archaeological Park on the fourth day. Our foray into Rajasthan begins with Mount Abu and ends at Udaipur.

This is a suggested route for the Mumbai – Udaipur road trip:

This itinerary is spread across four days: 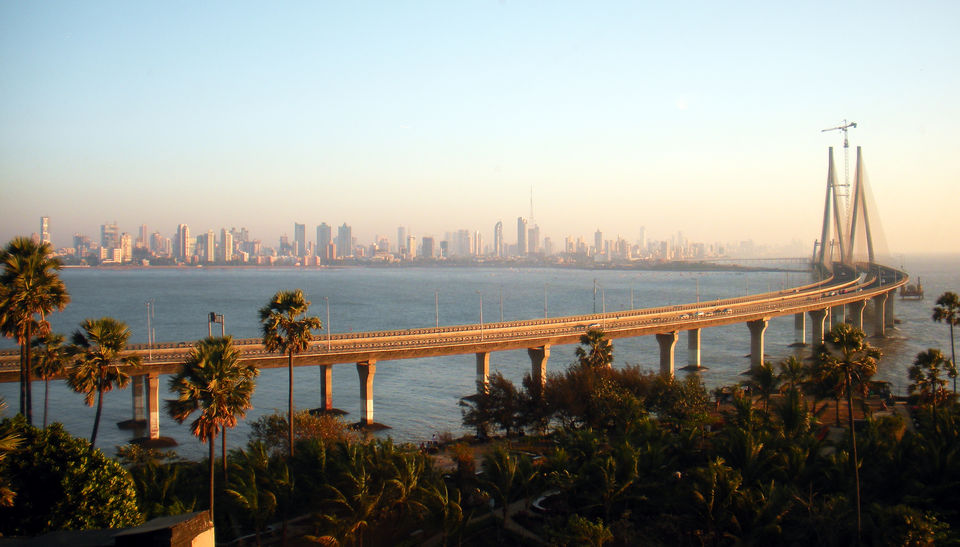 The City of Dreams is rife with a few hundred captivating contrasts and creeds. Its biggest railway station – Chhatrapati Shivaji Terminus, thronged by droves of locals and tourists, is a living, breathing spectacle. Make sure to people-watch over a plate of vada pav at Marine Drive and douse yourself in a decade worth of stories about then Bombay and now Mumbai as you cruise pass the Taj Mahal Palace, Nariman Point and the bustling Juhu Beach.

Top experiences: When in Mumbai, make stops at the architectural paragons of the Taj Mahal Palace and Chhatrapati Shivaji Terminus; go have a drink at Colaba Social and later, get yourself a plate of bhelpuri at the Girgaum Chowpatty; visit the UNESCO World Heritage Site of Elephanta Island that is studded with rock-cut Hindu temples; teeming with varied biodiversity, explore the Sanjay Gandhi National Park; catch a sunset at Marine Drive; marvel at the Bandra-Worli Sea Link bridge shimmering away into the night.

Where to stay: Bungalow 141 and Grand Hotel. For more options, check here. 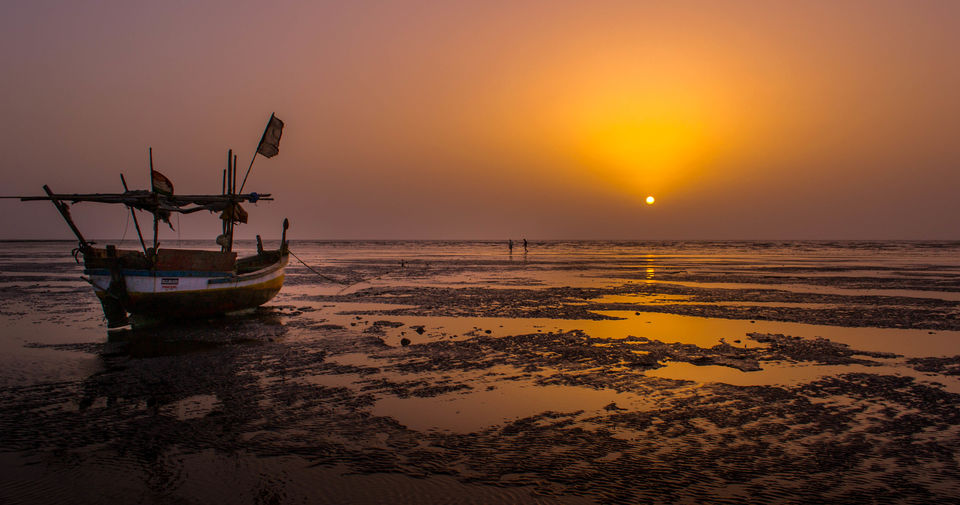 This journey from Mumbai to Daman via NH48 will take you down smooth roads, fringed by jungles that keep altering colours as you drive past an assortment of small Maharashtrian towns. The sun glints through forests and the breeze changes from balmy to salty as the erstwhile Portuguese district of Daman comes to view. Notwithstanding numerous wars, and an evolution through multiple races and civilisations, the present day Daman ushers you in and beseeches you to stay with its laid-back tempo and a bevy of bedazzling beaches.

Top experiences: Fringed by casuarina trees, the Jampore Beach is an absolute delight in the morning; the military Sao Jeronimo Fort sitting on the banks of the Damanganga River is a must-visit; take a walk through the Pargola gardens of the Moti Daman Fort and keep half an hour aside to explore the Governor's Palace inside the fortress; at the florid Dominican Monastery, gain insight to Daman's Buddhist connection; flocked by locals, head to the manmade wonder of the Mirasol Lake Garden; watch the sunset and unwind at the Devka Beach in the evening.

Where to stay: Le Pension Daman and The Deltin. For more options, check here. 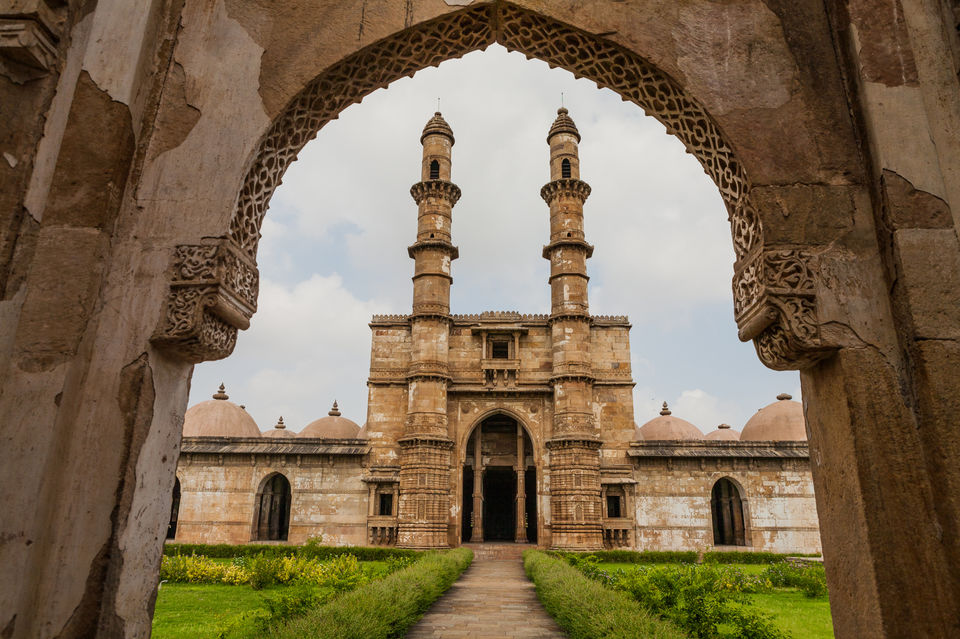 The Oscar-nominated Bollywood film Lagaan was brought to life in Champaner. Yet, the historical city, founded in the eight century, is one of India's least known destinations. The drive down to Champaner is interspersed with small hills, dense jungles and unknown lakes, that are a treat to navigate through. With empty beaches dissecting the route, the landscapes rushing past will be teeming with forgotten port towns and unsung Gujarati temples, that are guaranteed to evoke a sense of meditative silence.

Time on the road: 13 minutes

Top experiences: An evocative blend of Islamic and Hindu architectural styles, gaping at the main citadel and its 16th-century mosques will take up most of your time; the excavation site of Amir Manzil is a sheer stunner that boasts of a fistful of gardens and houses, a residential complex, intricate water channels and the three gates of Halol, Delhi and Godhra; for a glimpse of exactly how developed design was in the 16th century, visit the Helical Stepwell; make a well-deserved stop at the Khapra Zaveri Palace – a quintessential Sultanate creation, offering panoramic views of the Vishwamitri River.

Where to stay: Hotel Tower Square and The Mango Orchard. For more options, check here. 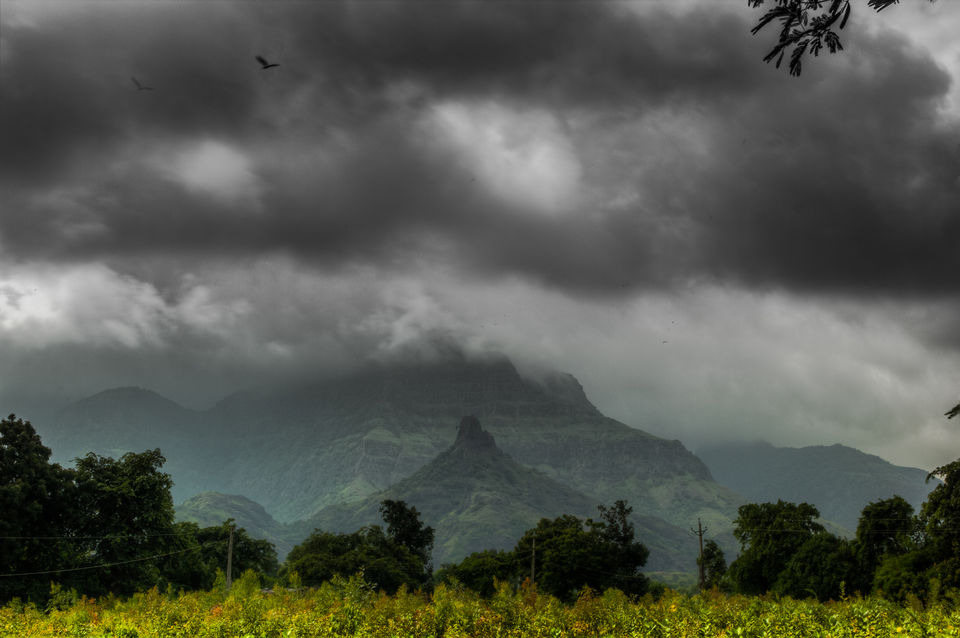 As you leave behind Champaner, the trip down to the nearby Pavagadh Hill will be akin to travelling back in time, straight to the 14th and 15th centuries. The hill station built upon a volcanic site, came to light nearly 500 million years ago and derived its name from the same phenomenon – Pavagadh translates to 'fire-hill'. Its forested landscapes are spangled with mosques and temples in equal measure, and flooded with congregations of pilgrims and the odd traveller or two, all year round.

Top experiences: When in Pavagadh, temple-hopping is an absolute must for the sheer variety, with the archaic Bhavanaderi temples near Pavagadh's Naqqarkhana being the most dazzling of the Jain shrines; folded deep into dense forests, visit the clifftop temple of Kalikamata – an illustrious pilgrimage spot, as well as an alternative trekking trail; the town is scattered with numerous lakes blotted out of history such as Teliya, Vada and Dudhia Talavs – all which are waiting to be tapped by travellers.

Where to stay: In&out dormitory and Pamba Reminiscence. For more options, check here. 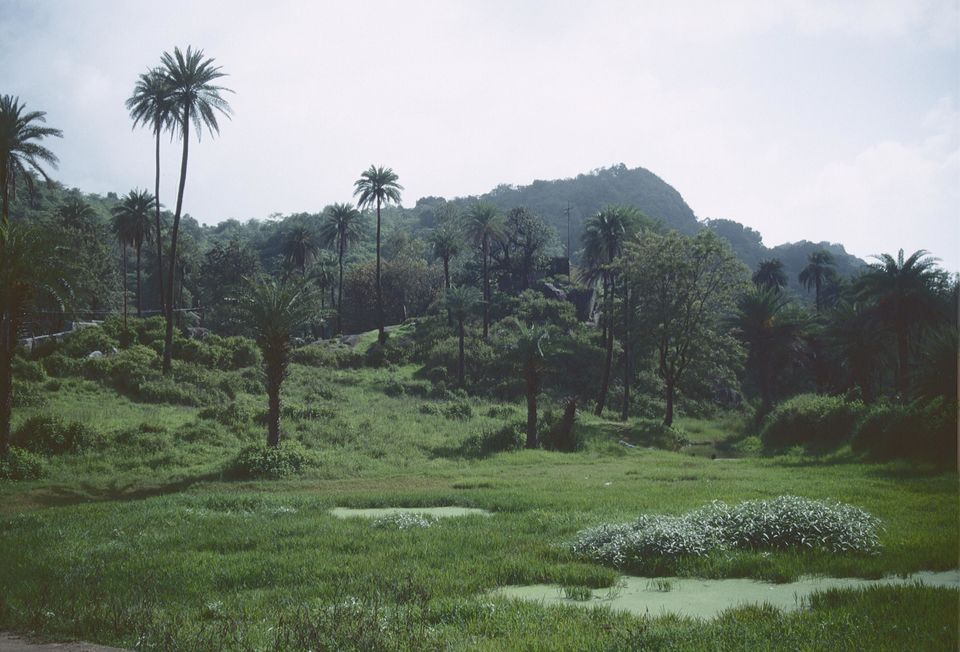 Mount Abu is a resplendent canvas bestrewn with forts, lakes and a motley of kaleidoscopic temples. The encompassing slopes of the Aravallis boast some of the most breathtaking routes in the country and this densely-forested stretch from Pavagadh happens to be one of its best.

Top experiences: Stand in awe of the ornate carvings of the Dilwara Temples and after you soak in the Jain history, grab lunch at the nearby Chacha Cafe; punctuated with outlandish rock formations and imbued with legends, the scenic Nakki Lake will entice you to take a leisurely, yet edifying stroll across its perimeter; visit the 14th-century Raghunath Temple nearby and book a boat ride around Nakki's southern shore; drive up to Mt Abu's northeastern end wherein sits the Guru Shikhar peak at 1,722m, towering over the entire state of Rajasthan; end your day at the town's Sunset Point, with a typical vivacious evening synonymous with hill-stations.

Where to stay: Hotel Aravali and Richi Villa. For more options, check here. 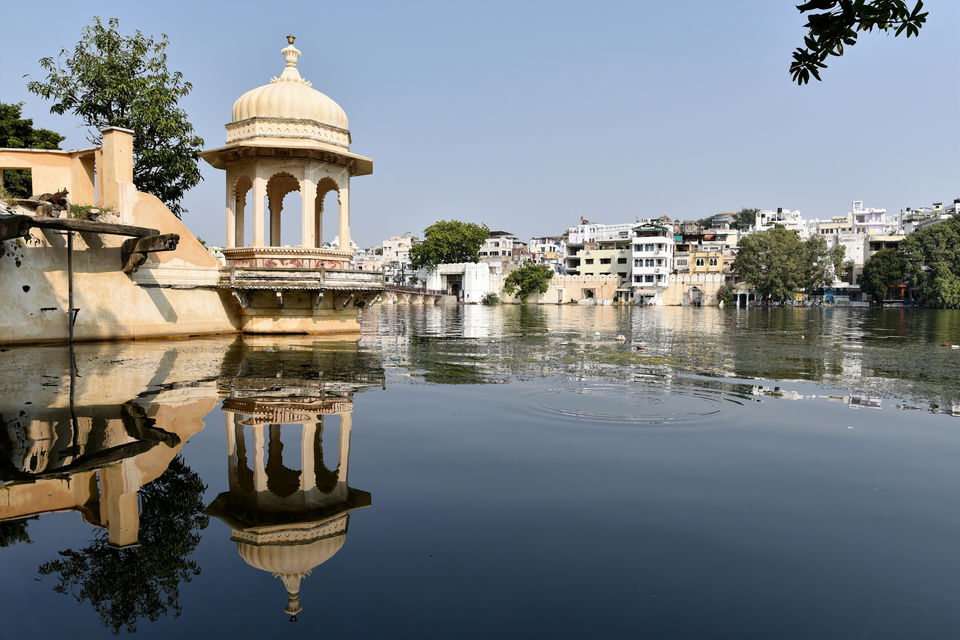 The road leading up to the City of Lakes is etched with wide open roads winding through rocky plateaus and later, a flurry of dusty towns littered with weathered havelis. Drawing tourists from across the world, it dates back to the 16th century and came to being under Maharaja Udai Singh's rule.

Top experiences: Start with the Rajasthani stunner, the City Palace planted on the banks of the glistening Lake Pichola; situated on the Jag Niwas Island, marvel at the Lake Palace with starry-eyed wonder; walk and take one too many photographs in the gardens of Saheliyo Ki Bari; visit the shimmering golden temple of Karni Mata; costing ₹80 for a round trip, ride the ropeway for magnificent vistas of the City of Lakes; embark on an hour of retail therapy at the vibrant Hathi Pol Bazaar; at Lal Ghat of Chandpole, try the fiery dish of Laal Maas for dinner.

Where to stay: Moustache Udaipur and Karohi Haveli. For more options, check here.

November through February are the months when these regions are at their most beautiful. The monsoons withdraw by October, making way for pleasant nights, and the winters are welcomed to the towns by mid-November. 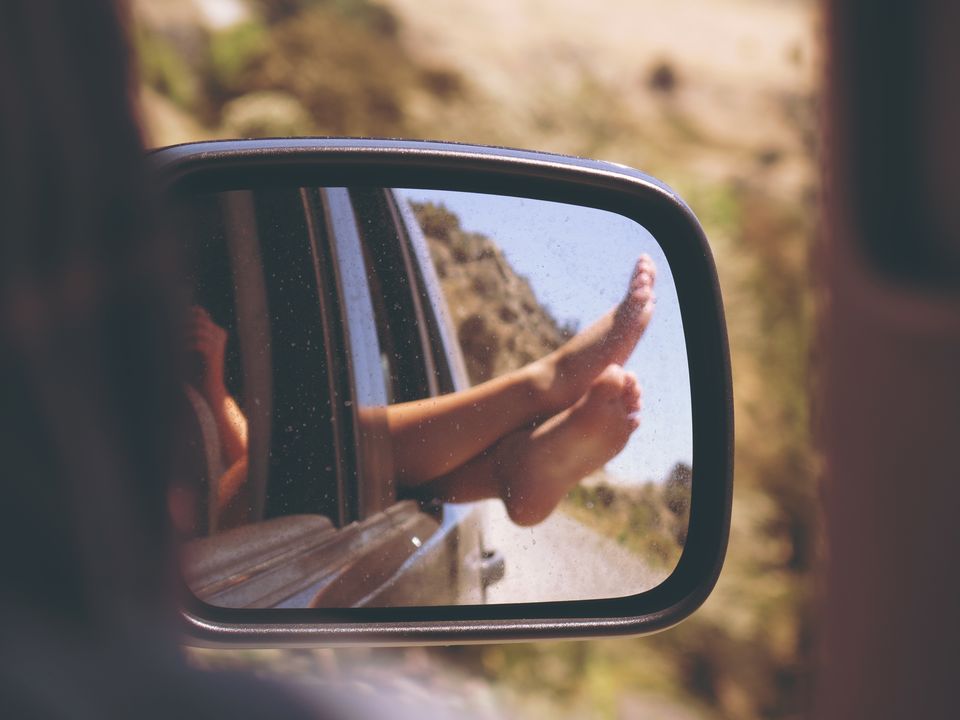 Took a road trip recently? Share your travel journey on Tripoto to take your story places and inspire millions to travel!