GREAT FOR BRINGING OUT THE GEEK IN YOUYour budding Sheldon Cooper will go nuts here, so be prepared to spend at least a few hours enjoying the interactive exhibits and daily shows. Each of the 14 galleries is designed to make the experience of learning fun and bring out the curiosity in your little ones, and even you. We got carried away trying our hand at the different exhibits in the live animal, fire, earth, mathematics, climate change and marine alcove exhibitions, though our favorite was the sound room. There's also a Snow City where you can enjoy playing in real snow.

It might be because Singapore has its superlatives that the small island of Pulau Ubin gets overshadowed, but it isn't as rustic as the Singaporeans consider it to be, even though it is Singapore's last village island. There's so much to experience, especially for kids, with beautiful ecosystems like lagoons, mangroves, swamps and forests to discover, wooden boardwalks bordering rocky beaches to stroll along, and panoramic views from atop the viewing tower. The best way to explore the island with your family is either on foot or on hiring cycles, and if you'd like to kayak along the coast or through the mangroves, Ubin Adventure Centre has you covered. Celestial Ubin Beach Resort is a great option at which bed down, or bring your camping gear along and spend the night under the stars at one of the designated campsites. 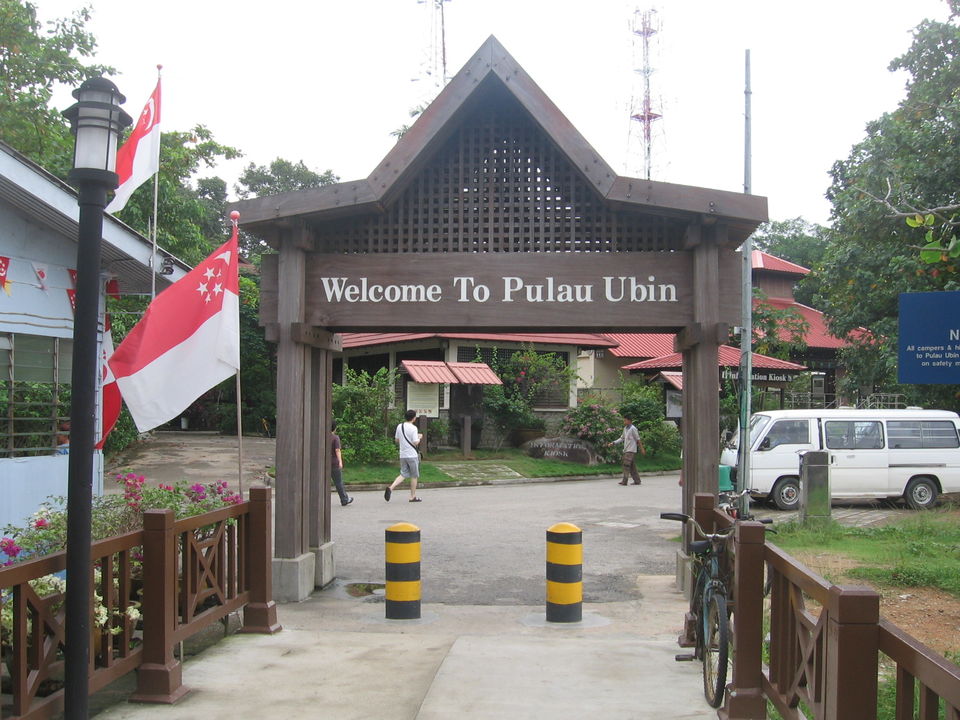 We love the way Singapore Zoo has been designed; there isn't a cage in sight. For the most part, all that separates the wildlife are dry and wet moats, rock walls and streams. You can sit with the Orangutans, gaze at a Polar Bear flopped down next to his ice cave and feed the Elephants. The zoo, which turned 40 this year, has over 2,800 animals. If you tire of walking around the 26 hectares these creatures call home hop onto a tram and experience the zoo at your own pace. Then, head over to the River Safari and don't forget to get to the giant pandas, Kai Kai and Jia Jia, and make a stop at the Squirrel Monkey Forest, too, where the little ducks are free to run around you. After the entertaining Creatures of the Night show, hop onto the run for the 40-minute guided Night Safari.

How do you keep your kids entertained without getting bored yourself? You take yourself to magical Resorts World Sentosa. Start with a visit to the world's largest Oceanarium, the Marine Life Park, which has two sections - S.E.A. Aquarium, where you can spend hours staring at Jellyfish, Octopus, Dolphins, Sharks and Manta Rays among 800 other species of marine life, and Adventure Cove Water Park where you can get up close and personal with the fish, zoom down water-slides and pipes or snorkel over a reef. The Ultimate Marine Encounters lets you stroll inside a giant tank at Sea Trek Adventure, Sharks in Shark Encounter, wade through dozens of rays at Ray Bay in the Open Ocean habitat. Next, head to Universal Studios Singapore. Its seven themed zones will take at least a few hours to cover. Don't miss out on Transformers The Ride: the Ultimate 3D Battle with its insane effects and the Shrek 4D adventure show.

Indoor skydiving is as close to jumping put of a plane as you can get without actually, well, jumping out of a plane. It doesn’t matter if you’re scared of heights, you’ll definitely enjoy this body flight experience. The sheer joy of being weightless, floating in midair, is akin to none. All you have to do is fall into a 56.5 ft wind tunnel and fly- with an instructor beside you all the way. On your first few dives, you don’t go very high, about 6ft to 7ft above the net, and there really aren't any dangers at all, so enjoy! 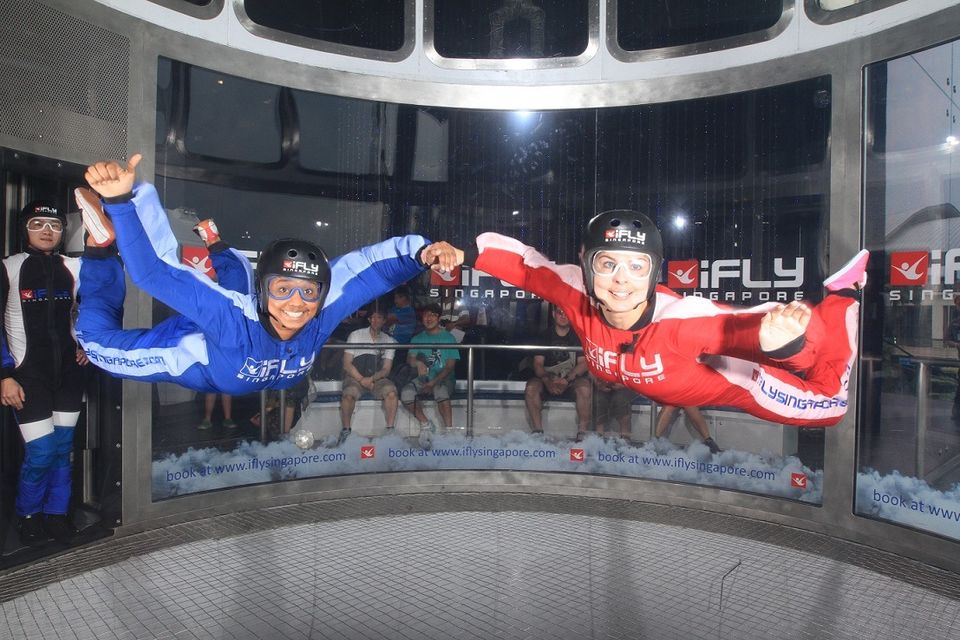 The areas of Ann Siang Hill and Clarke Quay really come alive at night, even on weekdays. We spent a fun evening at Club Street on Ann Siang Hill (a short walk from China Town), which is closed to traffic from 7 pm onwards. Tables brimming with people flood the street and there are so many watering holes to choose from-we headed to Gem Bar for a couple of drinks. Clarke Quay comes highly recommended, too, especially by the locals. It’s located along the Singapore River, so pick an open-air pub and you’ll get a riverside view. See clakequay.com.sg for a list of restaurants and bars to visit in this former fishing village. 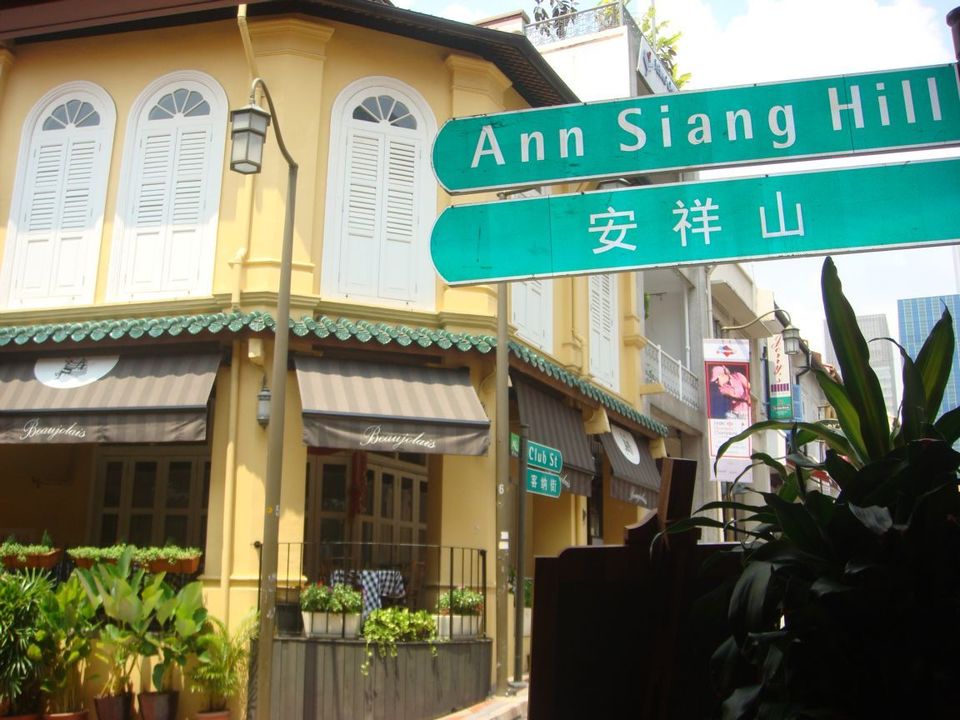 There are some really picturesque nature trails from MacRitchie Reservoir Park to the HSBC TreeTop Walk suspension bridge that connects Bukit Pierce and Bukit Kalang (the two highest points at Mac Ritcheie), which are definitely worth your while (when the weather’s right). The trails meander through black forests and past unusual wildlife-we caught a glimpse of the bright blue baby snake-ending at the 25m-high suspension bridge. There are maps and directions posted everywhere, so whichever trail you choose, you won’t get lost. If you need a breather, stop at the Visitor Centre about 3km shy of the suspension bridge. We recommend Route 3, a 10 km walk starting from the park, and Route 6, a 7 km trek that starts from Venus Drive car park. 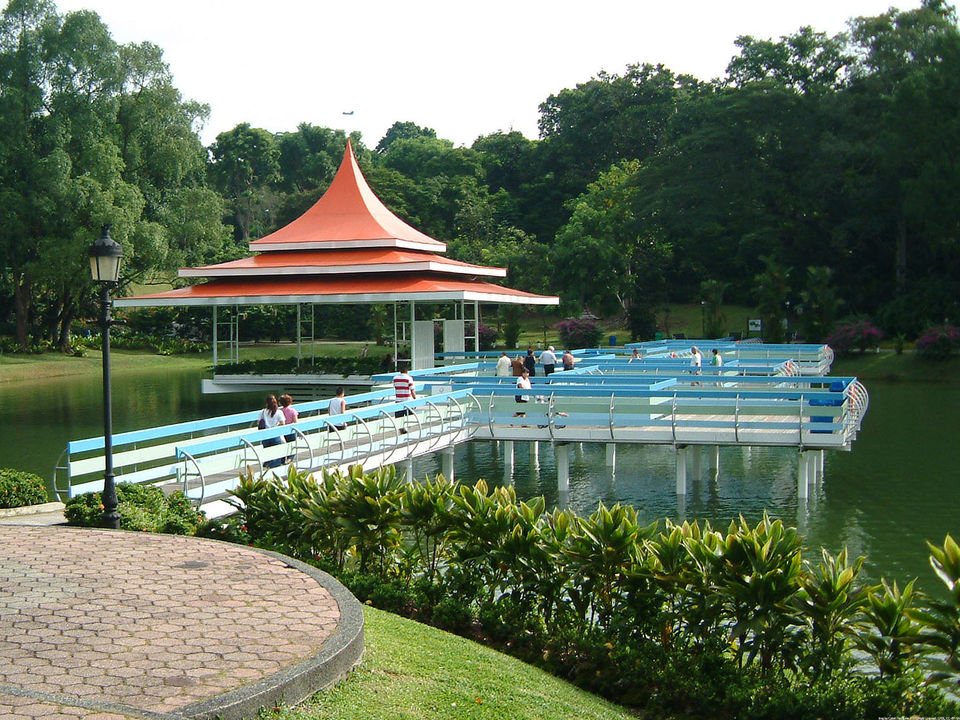 Pronounced ‘quake’, Quaich Bar will have you drooling at the sheer number of exquisite whiskies it has on display. Rows of bottles line the bar, but, as I found out, you don’t have to be a connoisseur to truly appreciate what it has to offer. Take your time with the menu; you’ll need it, and ask the staff about the collection - they will explain flavors and help you choose your drinks. From the Vintage Bowmore 44 years to the Lagavulin 16 years you’ll be amazed at just how much choice there is. Try the Whisky Tasting Sets which let you sample whiskeys from different regions around the world. 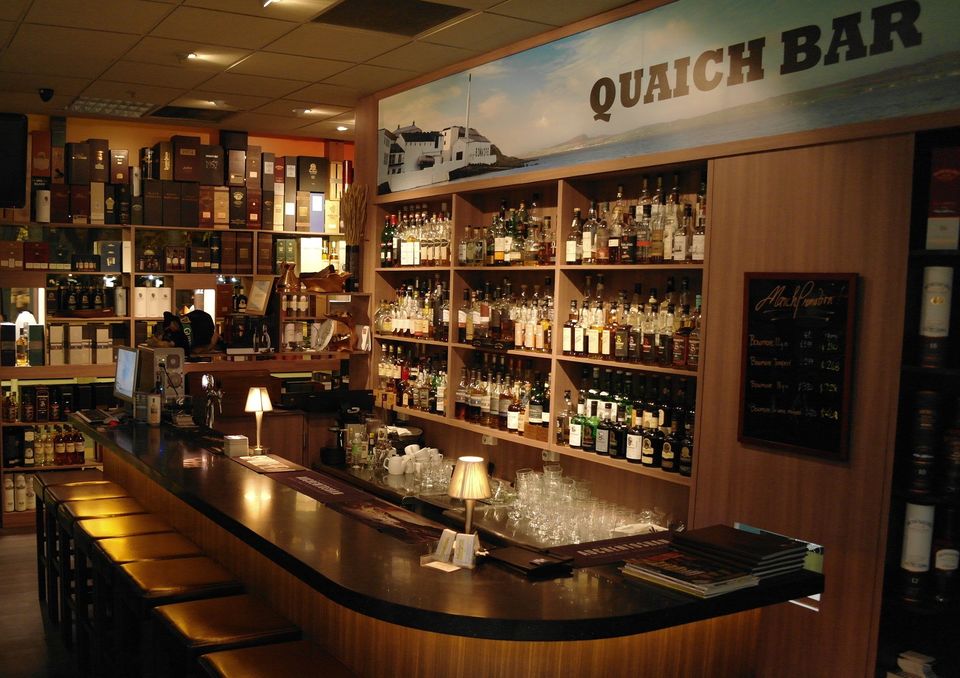 The 30-minute ride on the Singapore Flyer is an experience. This is, after all, the world largest observation wheel standing at 165m (about 30m taller than the London Eye). From the capsule, you can see the Singapore river bordered by Gardens by the Bay (if you’re lucky, you can catch the SuperTree light show), the F1 circuit, Esplanade Theatres (all lit up at night) and all of Singapore’s iconic structures. Couples will love the romantic dinner on board the capsule with the World’s First Full Butler Sky Dining Package, which includes a four-course seasonal menu and two rotations on the Flyer 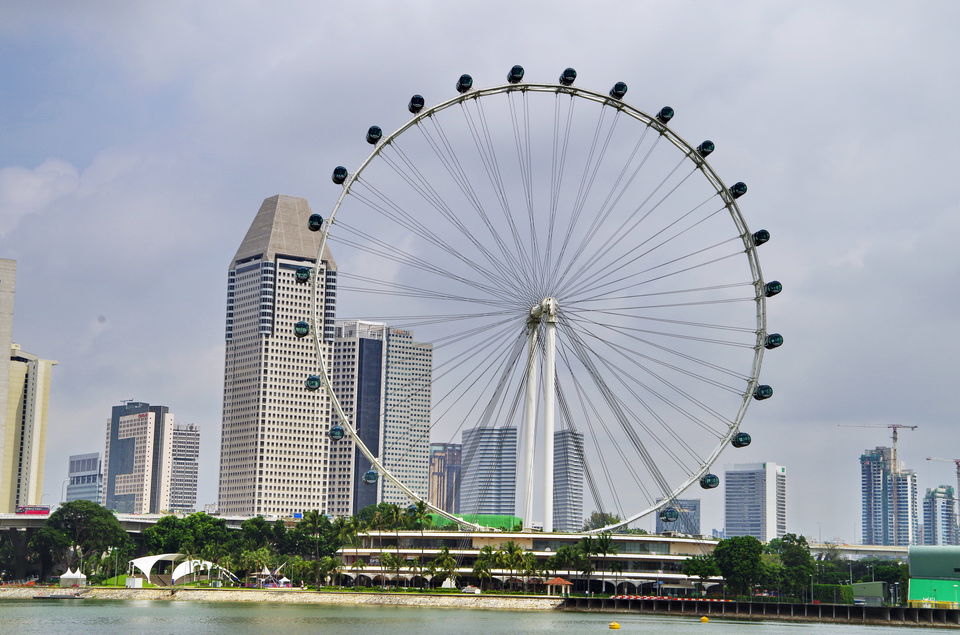 Everything about Marina Bay screams opulence. The kind that courts the senses even if only for a short while. The 3.5 km Waterfront Promenade offers breathtaking views of the Marina reservoir and the skyline, especially at dusk. Whether you spend the evening taking a romantic stroll along the boardwalk or treating yourselves at one of the open cafes, you’ll be surprised at how much time you can while away here. For an unmatched view of the city, head to the Sand SkyPark Observation Deck high up above the 57 storeys of Marina Bay Sands. It looks out over the reservoir and the financial district on one side and Gardens by the Bay and Singapore’s harbor on the other. Go there after 5pm, when it’s a little cooler. When you have finally had your fill of wandering about hand in hand, enjoy the setting sun at the famous Ku De Ta, a stunning rooftop bar right, while downing its signature cocktail. 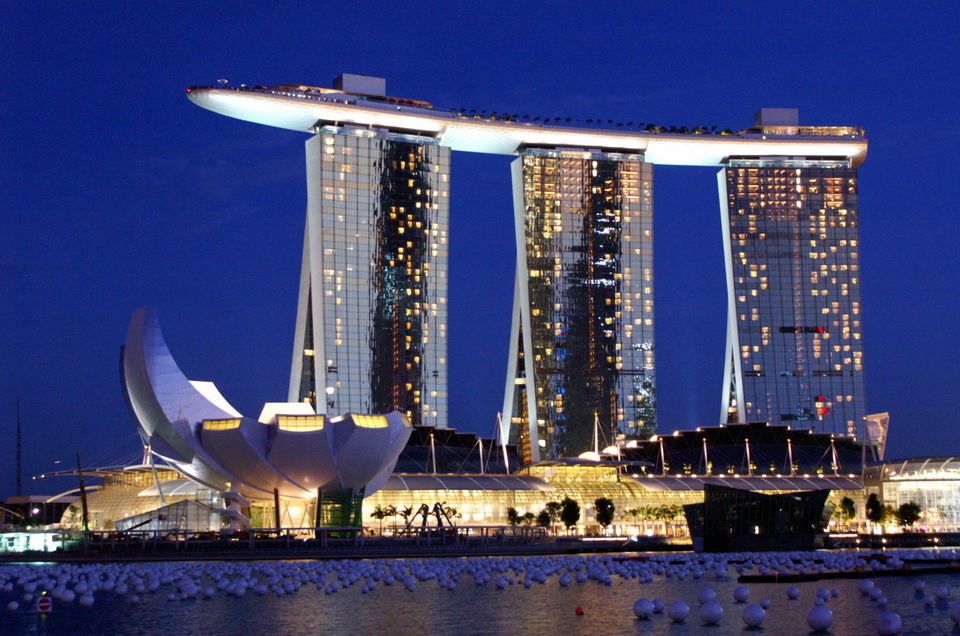 Gardens by the Bay is one of Singapore’s relatively newer gardens, but some of the plants here are the oldest you can find in the city; another example of just how much Singapore enjoys its superlatives. As you enter, you see three of the much-talked-about SuperTrees (there are 18 altogether). The OCBO Skyway at 22m, connects two of them and gives you a stunning aerial view of the SuperTree Grove and the surrounding gardens. The Meadow, Singapore’s largest outdoor venue, is a great place for a picnic in the cool evenings or to catch a concert while the Heritage Gardens display the importance of plants in Singapore’s main cultures, Malay, Chinese, Indian and colonial. But, for us, the highlights were the two Domes, the Flower Dome with thousand-year-old olive trees from Spain and Baobabs from the Mediterranean; and the Cloud Forest Dome with tropical plants and a dramatic, artificial 35m mountain and waterfall. If you want to grab a bite there are quite a few options here. You could head to the restaurants located at the top of the SuperTrees or to Pollen, a Mediterranean restaurant in the Flower Dome, but our favorite venue was Satay by the Bay, a string of eateries serving local delights located just by the reservoir. 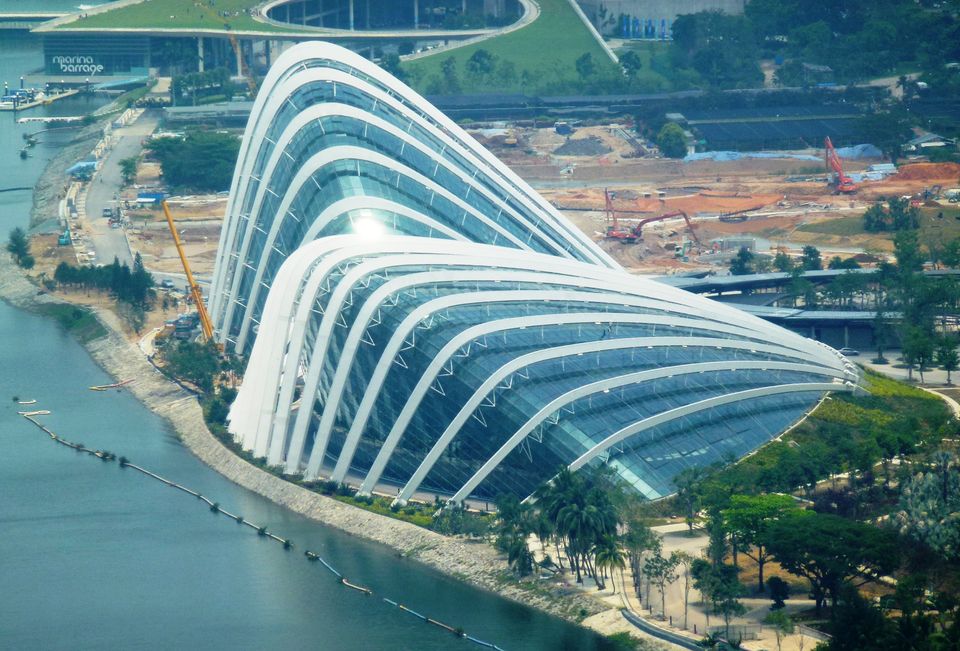 The Original Singapore Walks are perfect for discovering the history of Singapore and exploring its quaint ethnic neighborhoods. We did the 'Sultans of Spice' walk around the Malay district of Kampong Glam. It takes you through the history between the Sultans and the British, shines a light on Malay culture and makes a stop at the Sultan Mosque and the Tombs of the Malayan Princes. We also tried the Secrets of the Red Lantern which is a Chinatown and Geylang night tour. This walk takes you into the tragic history of the prostitution rings in Chinatown before heading to Singapore’s legalized red-light district of Geylang. 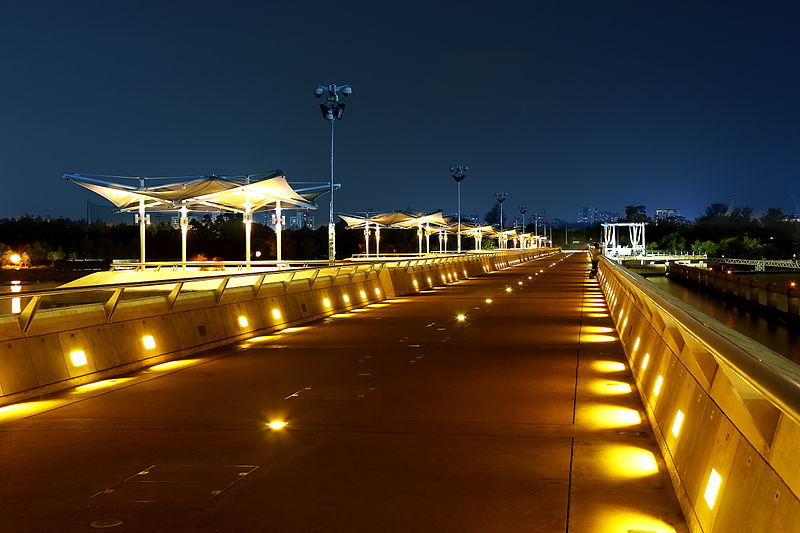 It's certainly not as flashy as, say Dubai, but sometimes it feels like Singapore is trying to prove something. Does it show off a little? Definitely, but to give it credit, it does have a lot to be proud of. If you've got it, flaunt it, right? Singapore has spent big bucks to have the highest 'this' in Asia or the biggest 'that' in the world, along with many 'firsts' and 'bests' that it's quite natural to hear about them even in casual conversation. Singapore is grand, clean, and extremely organized; everything runs like clockwork. But it's also a little like Mumbai in some ways; it has its financial district, where you see row after row of buildings that seem to be reaching for the skies. It has affluent areas as well as its not-so-prosperous ones (though there isn't even a hint of poverty in the city) sitting pretty on reclaimed land. There's an obvious colonial influence as well as ethic and enclaves bursting with different traditions and cultures. I used to think Singapore would be too somber to be fun, but with its quirky boutiques, cool cafes, an interesting buffet of Chinese, Malay and Indian cuisine and buzzing nightlife, it turned out to be lively and entertaining.

You could probably do Singapore in three, maybe four, days and feel quite satisfied with your trip, but with the number of things we want and do, even eight days were not enough. You need to take your time to explore Singapore, especially places like the:

Chart your course on a map and wander through it leisurely; don't rush these experiences. And sure, go on the guided walks through Chi, Kampong Glam and Little India, but spend some time afterwards strolling the streets lined with colorful shop-houses (my favorite part) and eating at the local joints, too

With everything glamorous (and often expensive) that this city has to offer, don't overlook what has made Singapore what it is today; its history and ethnic neighborhoods. 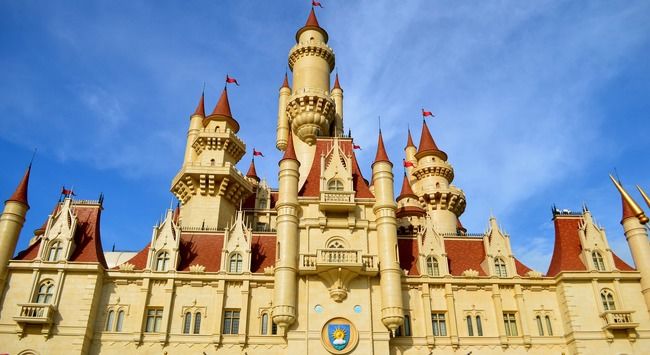 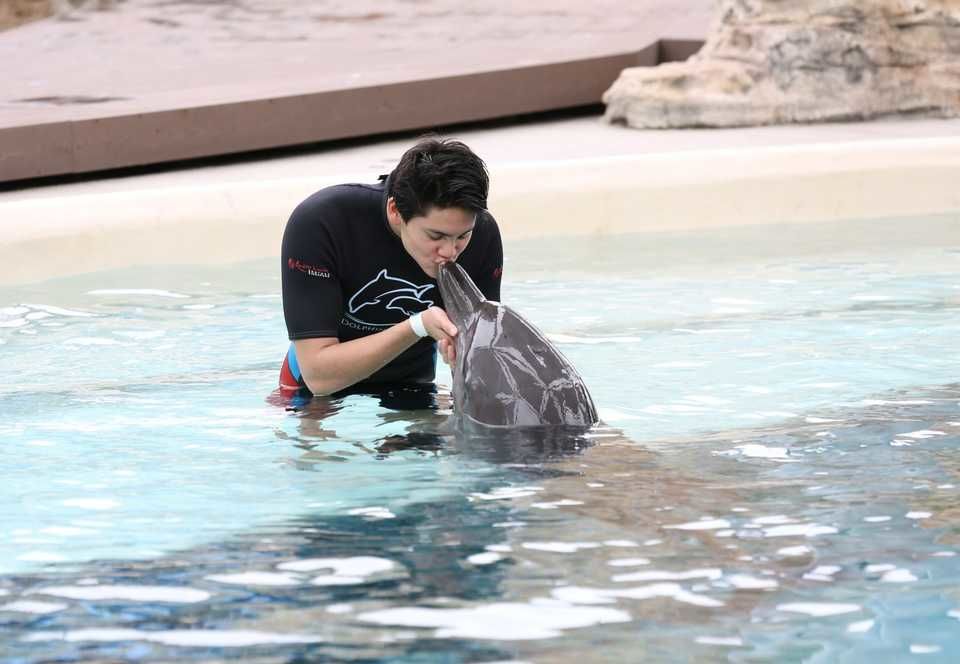 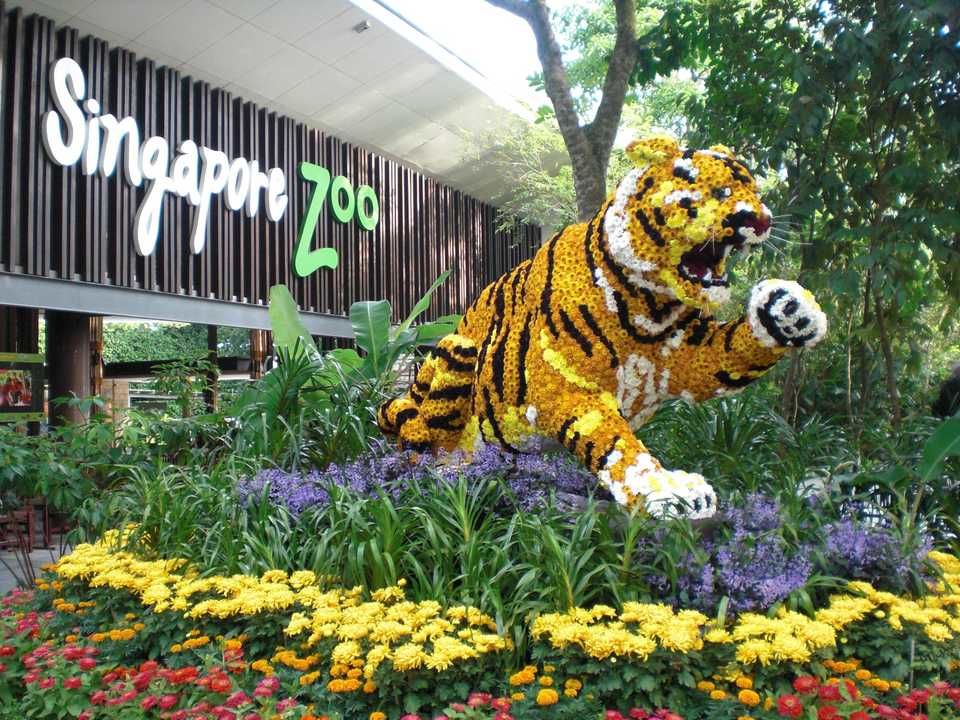 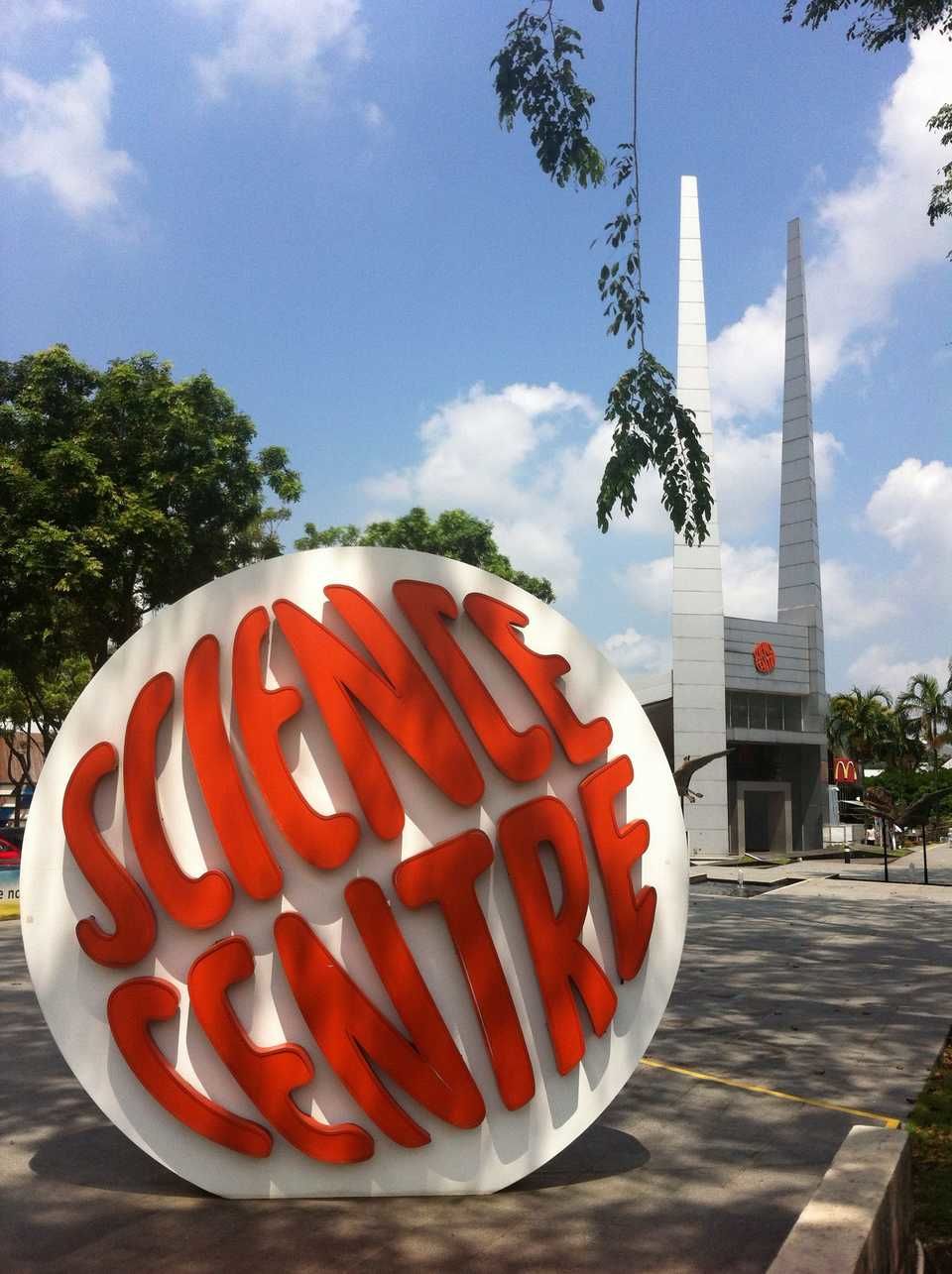