Order In Chaos: The Best Of Jakarta, Indonesia

Jakarta is the crazy, chaotic and crowded city. But that's what makes Indonesia's capital so unique.

There are places you will fall in love with at first sight and some that you won't, ever. It's usually the first impression that makes us love or hate a place. But cities are like women. Some will throw themselves at you, and some will make you chase them. Which woman would you go for? Jakarta is an example of the latter, you have to dig a little bit deeper to get to know her. She may seem hesitant at first and is happy to let you wait until you take the time to properly understand her. Then, she'll give you everything you need. To me, she might even be the unofficial queen of South-East Asia.

Jakarta is not Bangkok, Kuala Lumpur or Singapore. Some people say "If you don't like her, she won't like you". After a few days, I understood why. To be honest, after landing in Jakarta I had no idea what to expect. You don't hear much about it and as soon as you exit the terminal you already feel lost. It is big and hot and busy. Not to mention the traffic. I didn't really get the vibe at first. Although soon enough, I understood what the magic of Jakarta was. It is truly Asia, more so than many other South-East Asian cities you will discover on your journey.

An interesting aspect of Jakarta is its people. Indonesians are super hospitable people and they are very friendly towards foreigners. But there aren't as many foreign tourists in Jakarta as you might think. You will get a lot of attention and the locals will genuinely be very keen to get to know you. That's amazing to me. In Thailand, a lot of the locals seem to get easily bemused and simultaneously annoyed by the mass tourists, and this won't be the case in Indonesia.

The majority of Jakarta's population is Muslim (around 87%), so this journey had to begin with a visit to a glamorous mosque. This is the largest mosque in not only Jakarta, but the entire South East Asia. With a capacity of over 120,000, the building stands next to Indonesia's biggest church. The mosque was built in 1978 to commemorate Indonesia's Independence." Intiqlal" being the Arabic word for Independence. It is the national mosque of the country and a magnanimous structure that captures your attention and invites you in. A great spectacle of Indonesian culture and architecture! 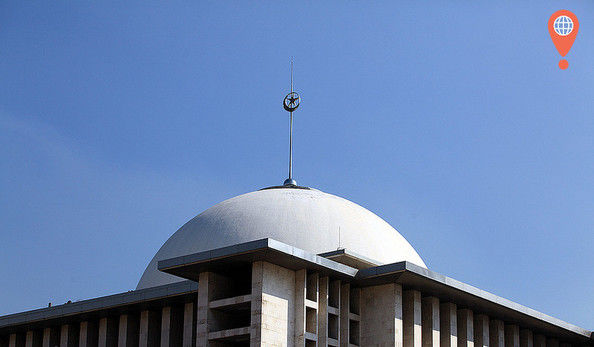 As a tribute to Jakarta's diversity, this huge Cathedral lies exactly in front of the Istiqlal Mosque. This is not just a co-incidence, but a conscious decision by the President of Jakarta to portray the nation's unity in diversity. Built in 1901, it is the seat of the Arch Bishop of Jakarta and a center for the Roman Catholics residing here. The architecture is the enchanting Neo-Gothic style, a sharp contrast to the different structures around. 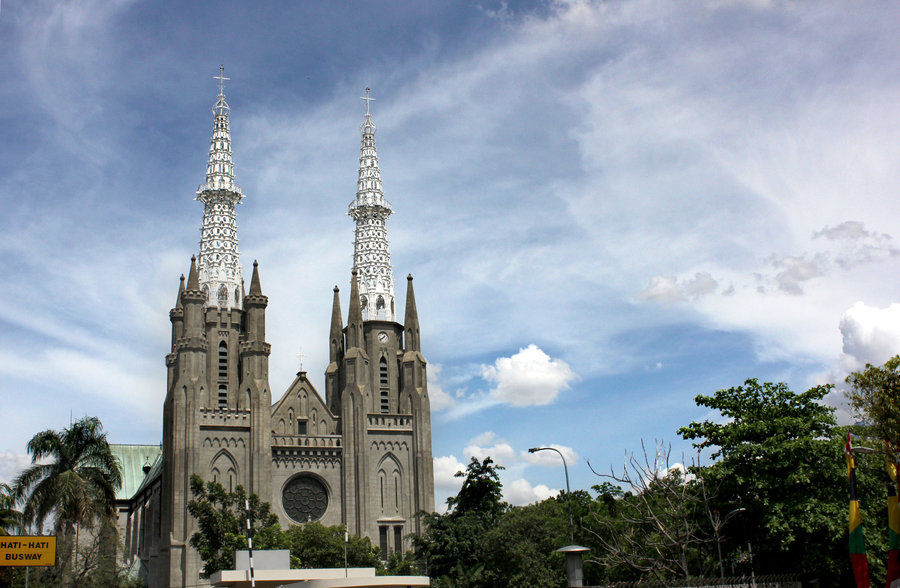 North of Jakarta, a bunch of 110 islands await you in the Java sea. These tiny dots in the sea are perfect for peace and adventure. These coral islands provide great opportunities for diving, snorkeling and fishing, while the long, sandy beaches give you some time off just lazing around. Whatever you choose to do, the beauty of these islands will definitely fascinate you and leave you wanting more! Take a lovely cruise or a boat ride to get the best of the scenery here! There are also parks here that would attract wildlife enthusiasts. 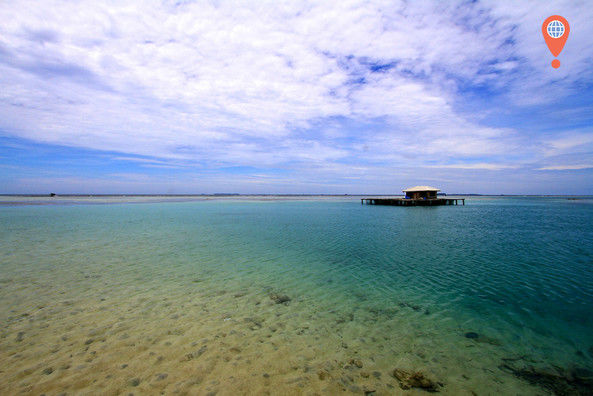 Linked closely to the history of Jakarta, this monument was built to honor the Indonesian struggle for Independence. Built by the first President in 1961, the monument is locally called "Monas". Standing at a height of 137 meters, the structure symbolizes a rice pestle, while the cup symbolizes a rice barn. Both of these stand for agriculture and fertility. The monument harbors a modest yet interesting museum and is usually a local spot for weekend holidays. Of course, you can't miss it and you will enjoy an amazing view from the top. But take a lot of time because the queue can be quite long. 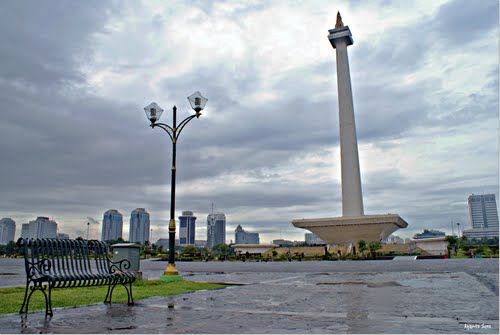 How can I see a whole country in a day by just staying in Jakarta, that doesn't make sense! Yes, that's what I thought too. My local friends took me to a park called Taman Mini Indonesia Indah, which essentially translates to "Beautiful Indonesia Miniature Park". Opened in 1975, this is a great way to understand and enjoy the local culture. You get to learn about local habits, look at different architecture, clothing, food and many more aspects of Indonesia's culture. There is a big lake in the middle of the park with a little island in the shape of the country. If you have the guts to take the cable car you can enjoy a stunning view of it from above. 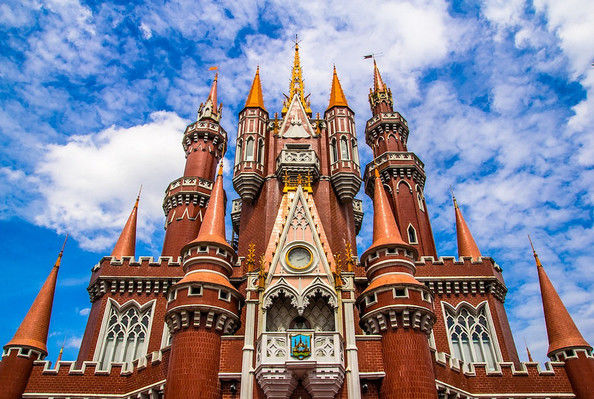 How can a bank be interesting? Well, this one is! The building itself is already a highlight and you get to see many interesting things there. It is one of Jakarta's most popular sights. The entry is free. It depicts Indonesia's monetary history from the colonial days till the Independence, when the bank was centralized. The bank is pretty old, but the museum is pretty recent, opened in 2009. There are numerous presentation on the financial policies, but the exciting parts are the ancient coins stored here belonging to the ancient Indonesian Kingdoms. A must-visit to understand the history and daily life of Jakarta. 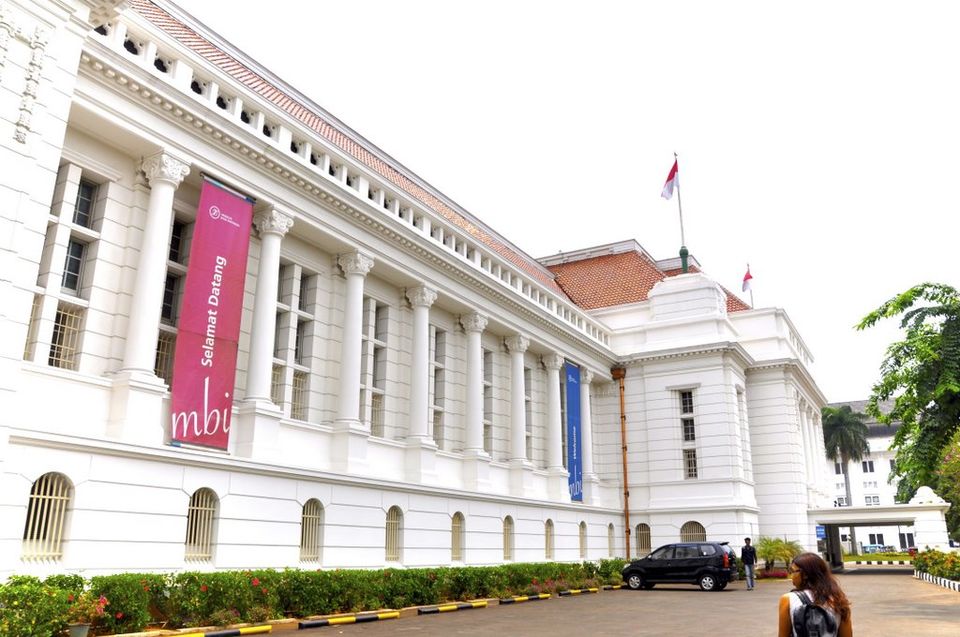 Jakarta's night life won't disappoint you. Filled with clubs and bars that are a great place to meet some locals as well as make some new friends, X2 is certainly on top of the list. A fancy classic club in the south of Jakarta. A lot of locals, expensive drinks but definitely a great place to party the night away. It boasts of being the best spot to enjoy the night life of Jakarta. 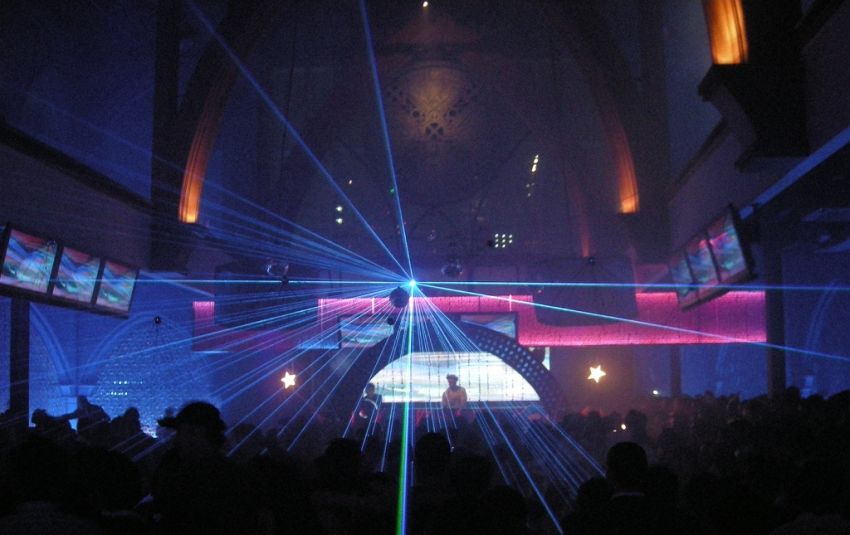