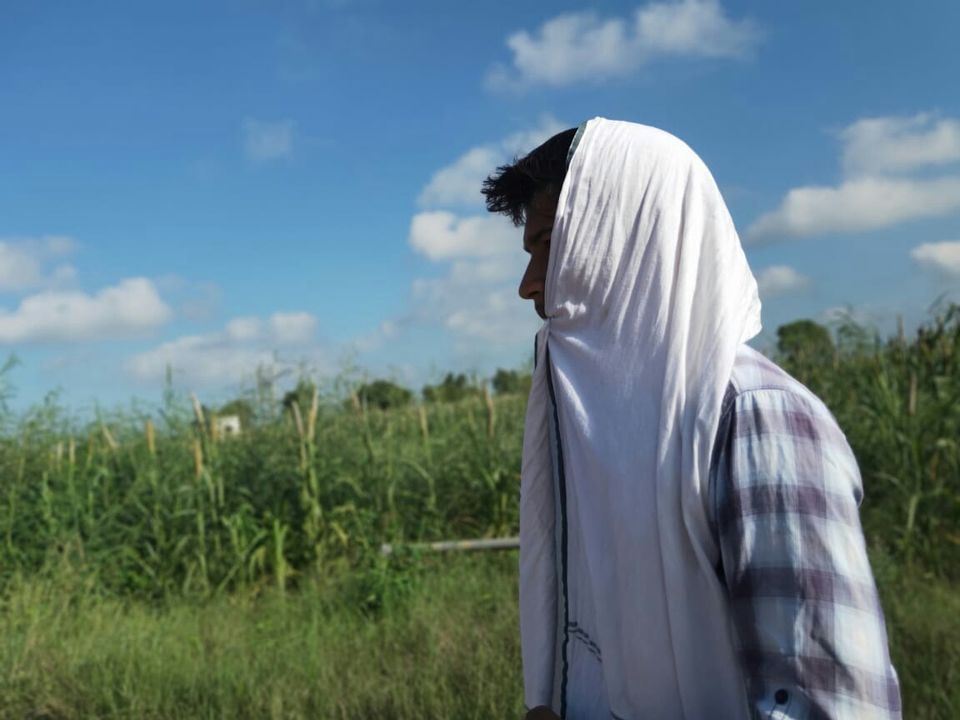 I went to my cotton farm with my brother and sister on the  Royal Enfield bike. Though I rarely go to my farms but during this lockdown, I thought why not to learn some tips for growing crops in fields.I also want to have an outlook on the beauty of nature. I felt that being a Haryanvi, I should know how crops are grown.How farmers take care of them, their cultivation, and plantation? I am not saying that if you are Haryanvi or owns a farm then you must know about cropping. Not all but mostly the farmers in Haryana are illiterate. They don't know about modern technology, harvesting techniques, government subsidies. So it's our responsibility to make them clear about their rights.
The fresh earth smell, chirping sounds of colorful birds, the vibrant blue sky makes feel more energetic .It can freshen every lazy person. I just wonder that I am living in such a place . The seeds of cotton have not been properly bloomed up and burst because there is time in its bursting. After walking along with the dark green shrubs, I went to the temple which is near my farm. Though that temple is very old. Near this temple and my farm, a small pahadi also exists. My grandmother told us that flood came in the village 1997.The whole village was flooded due to leakage in the pipe of the lake.Then mostly people came on this pahadi for saving their life because it is at a little bit high altitude. Seasonal vegetables and fruits are grown in the backyard of the temple. So, me and my sister went inside for plucking guavas.

While coming back home me and my sister came on foot because my brother has to do some work. I saw a mud pot under the shade of a huge tree.I think that is for the passerby. Some ladies were carrying grasses for their animals. It looks like a heavenly paradise in a village. 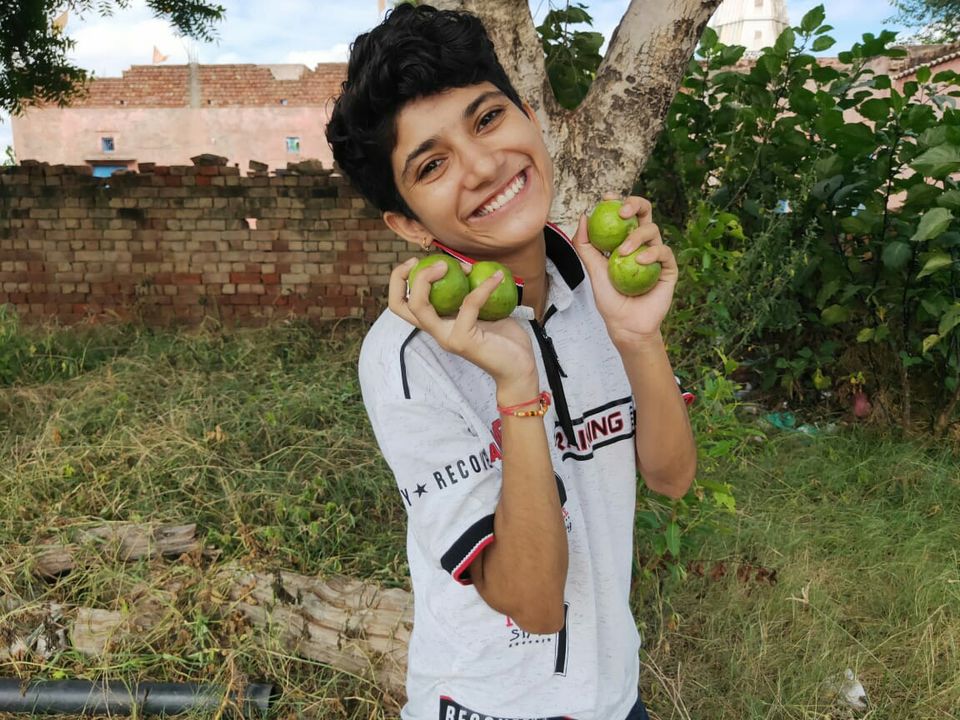 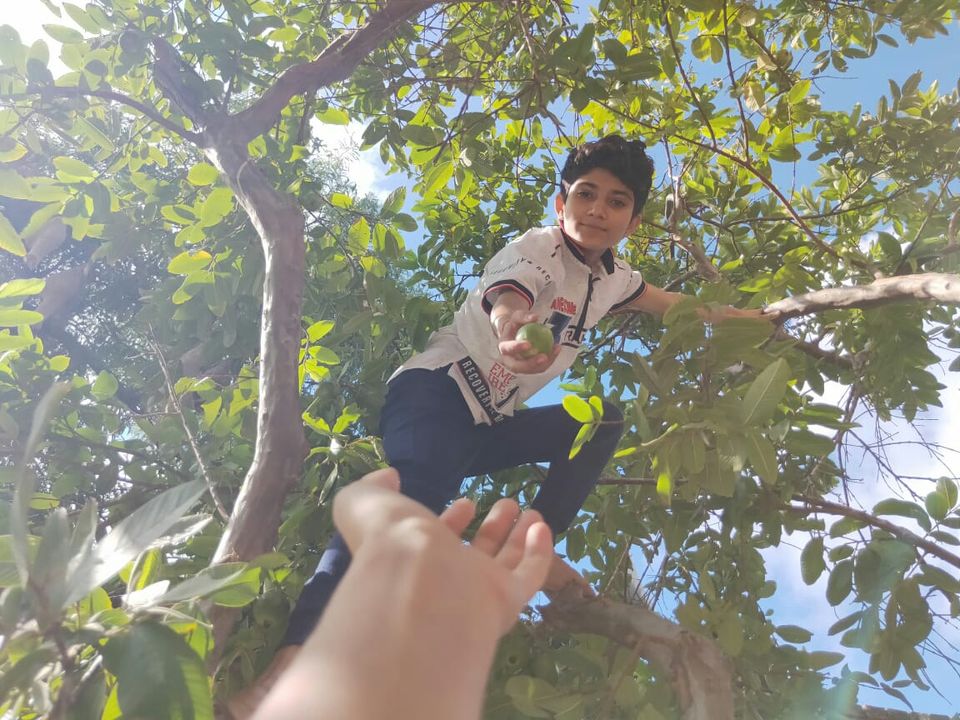 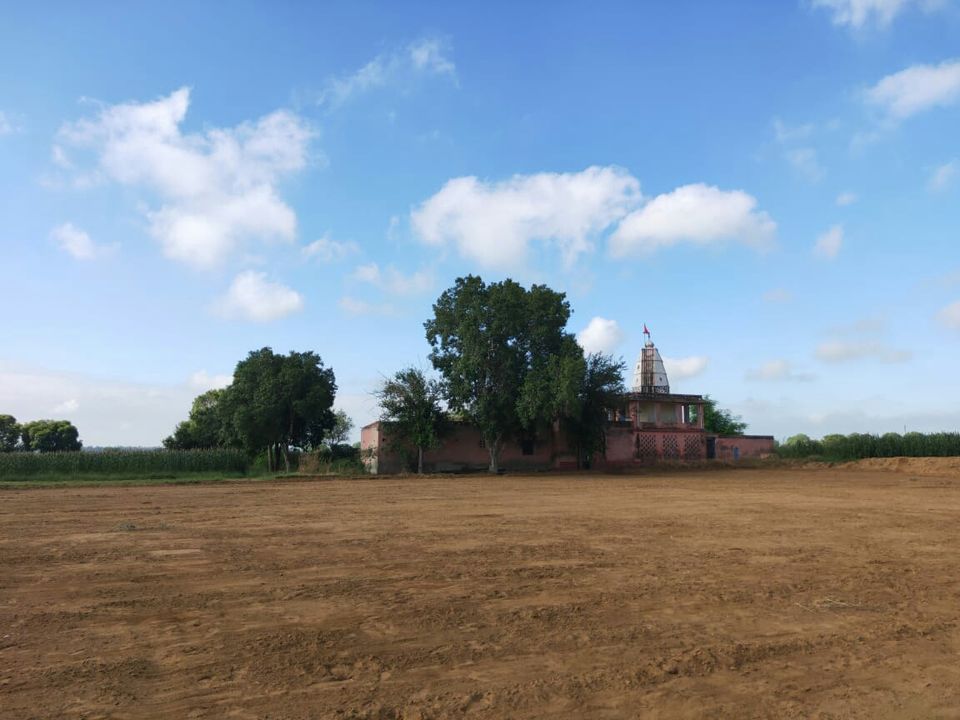 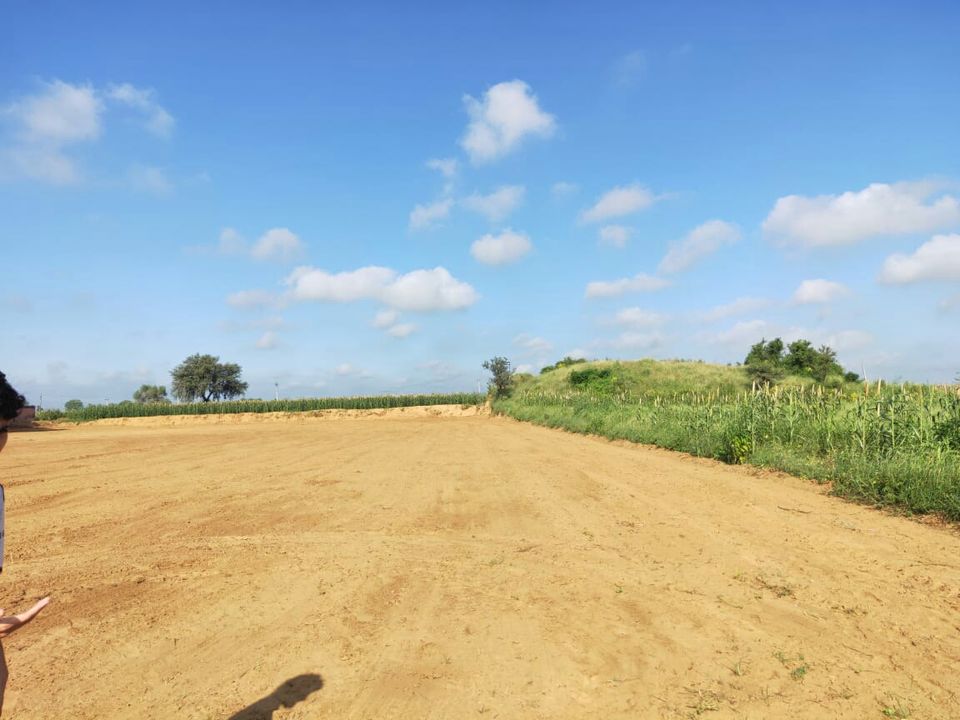 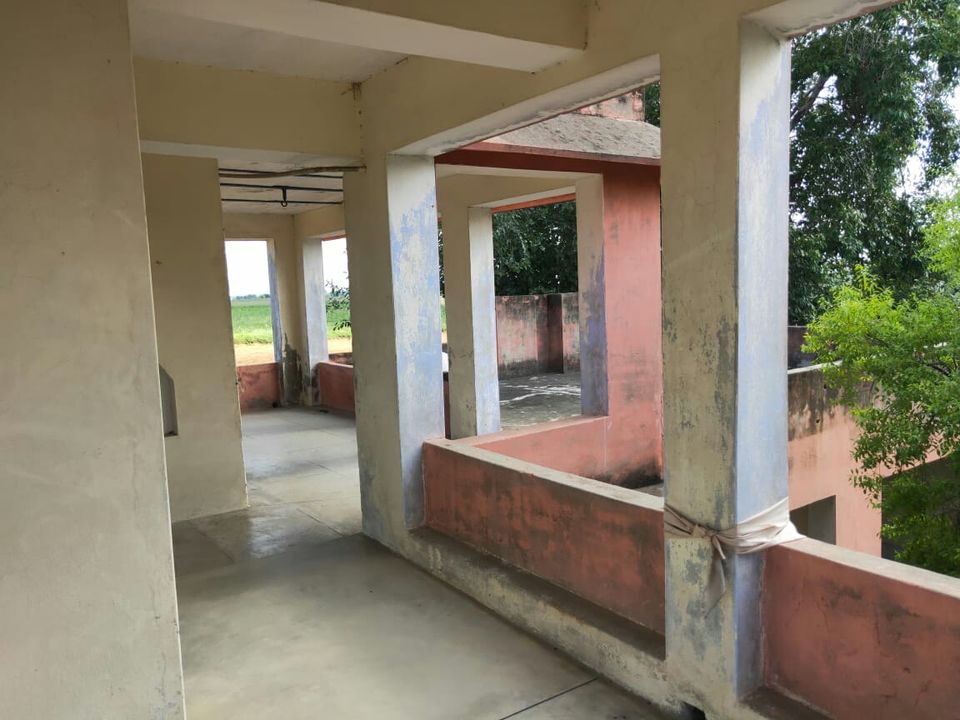 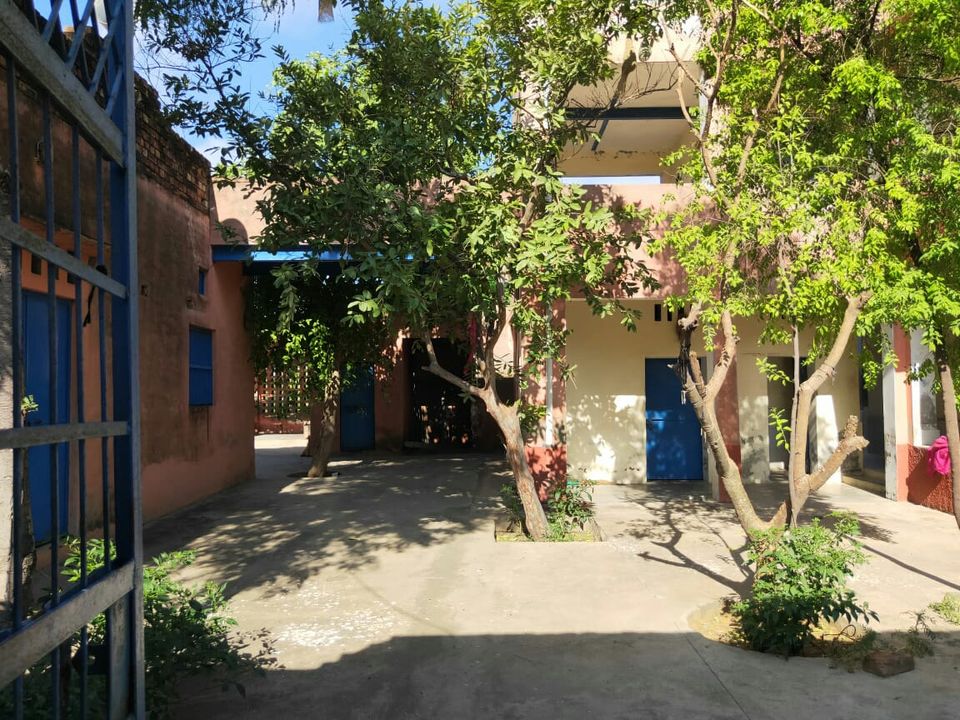 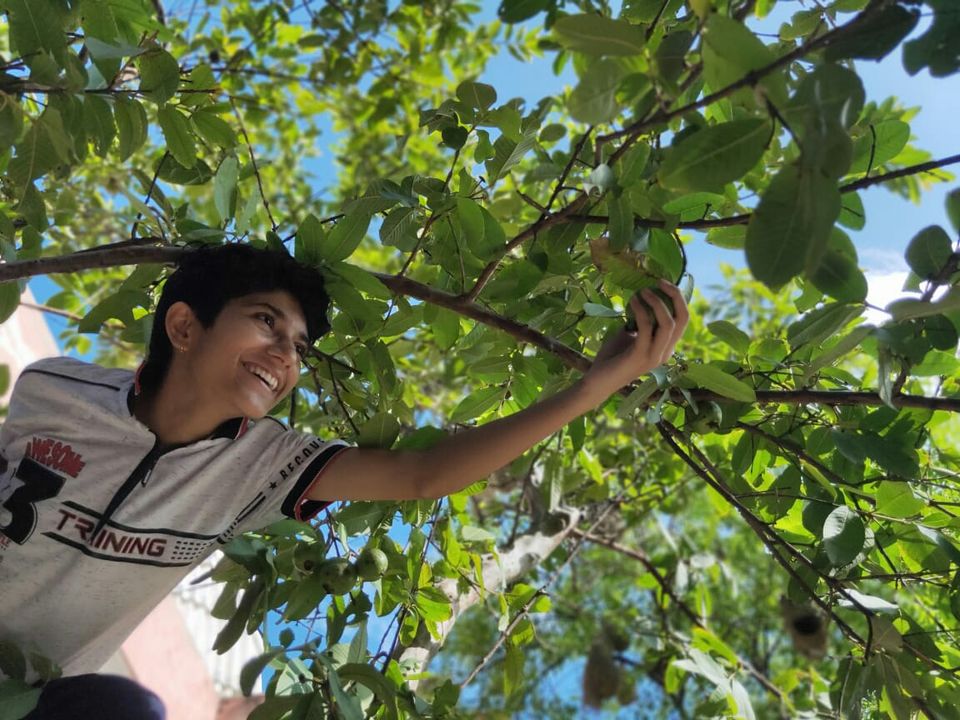 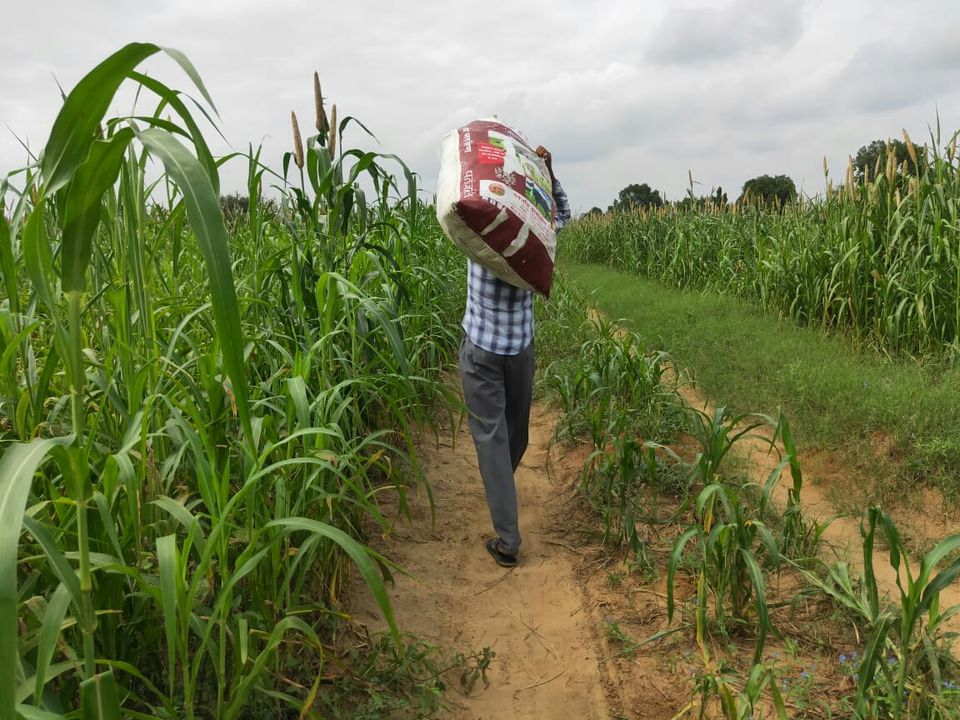 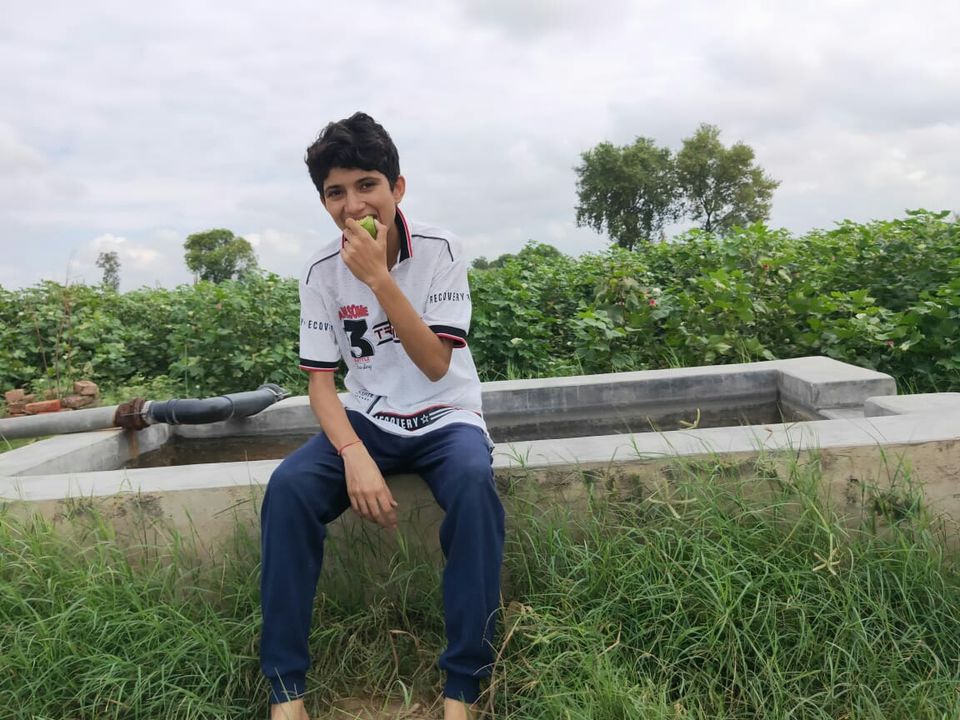 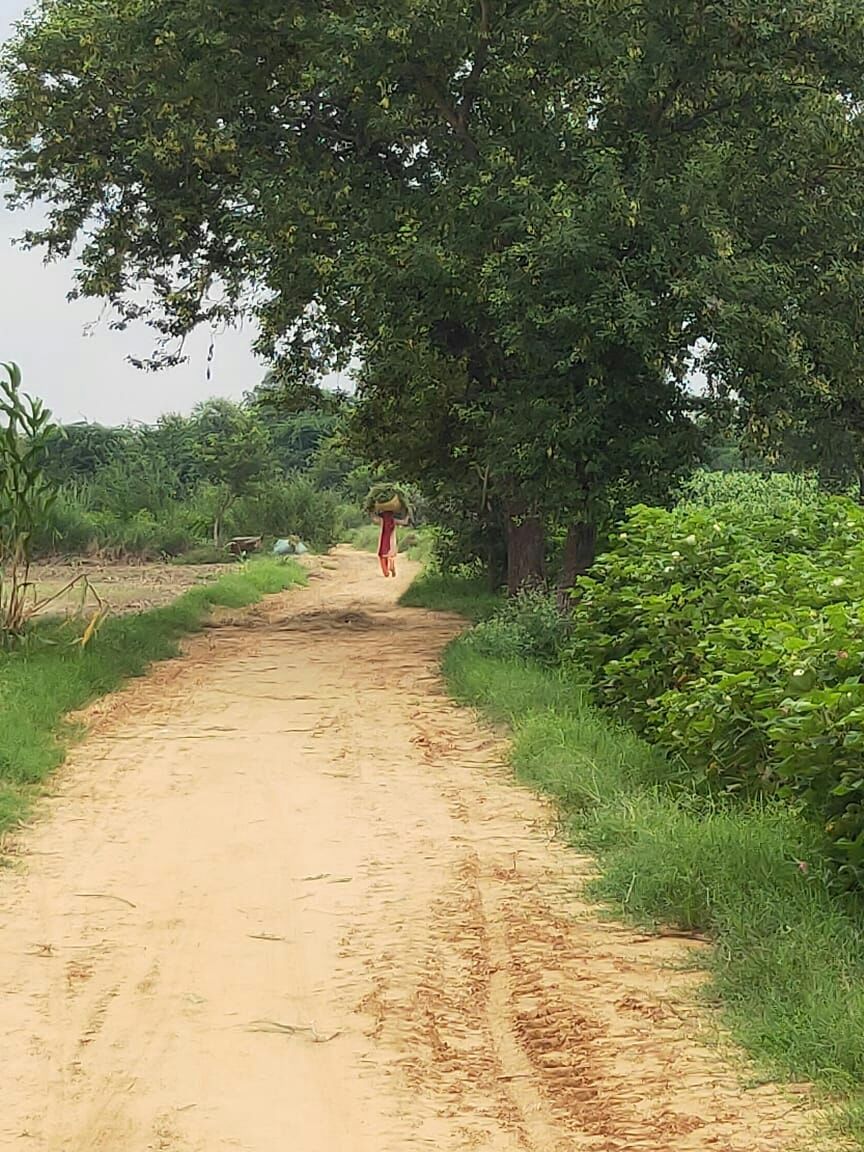