A royal stay on Nandi Hills 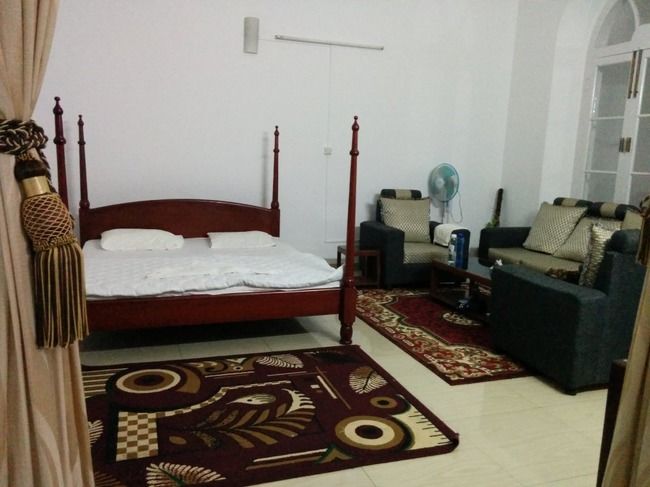 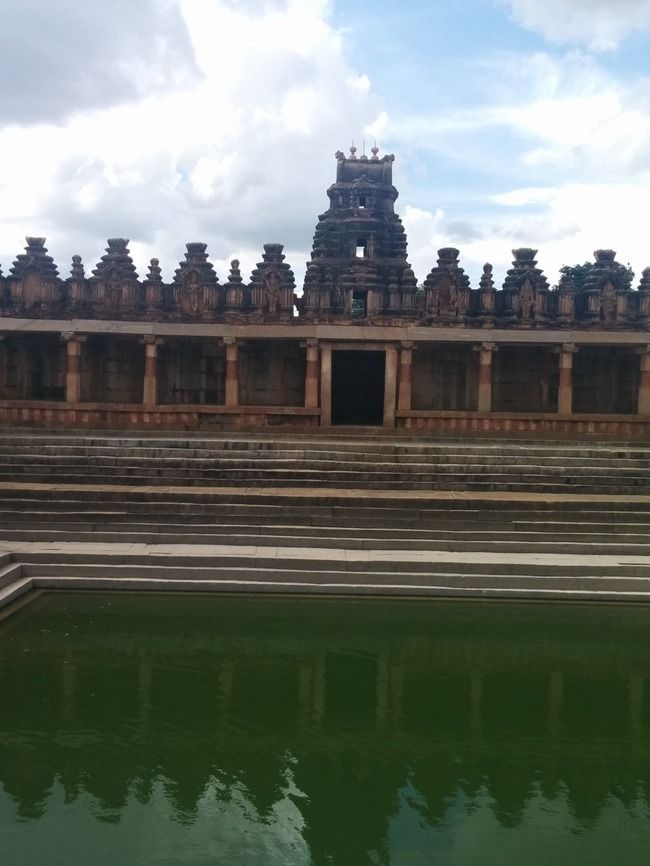 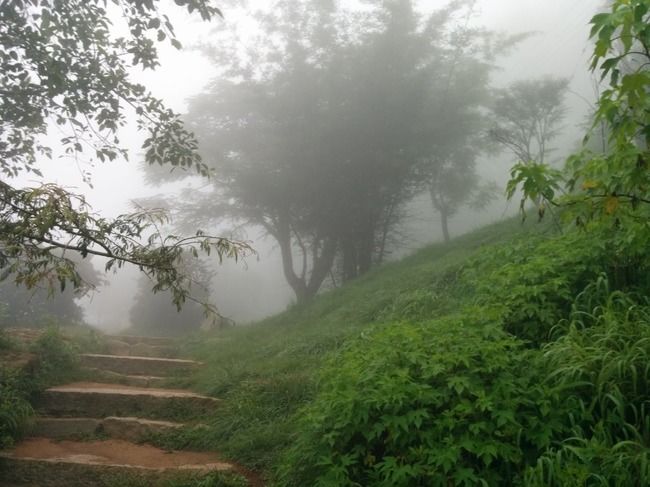 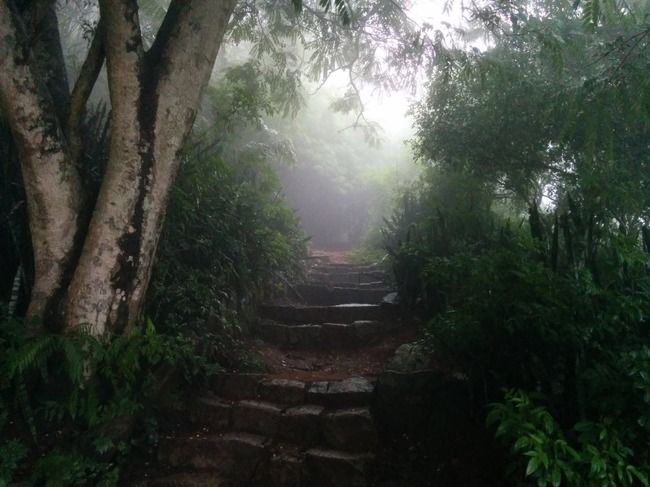 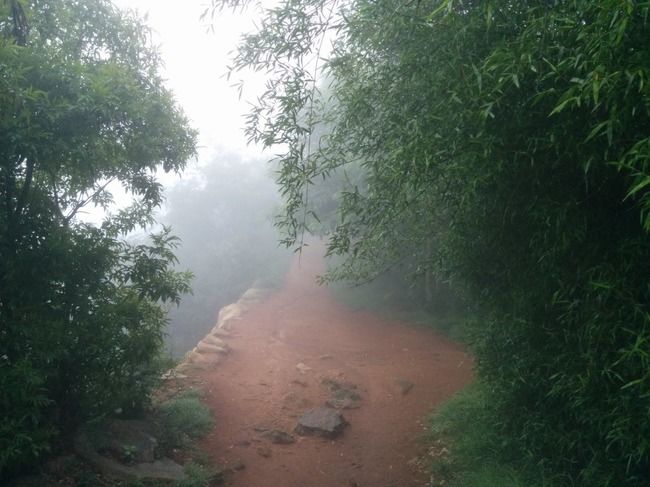 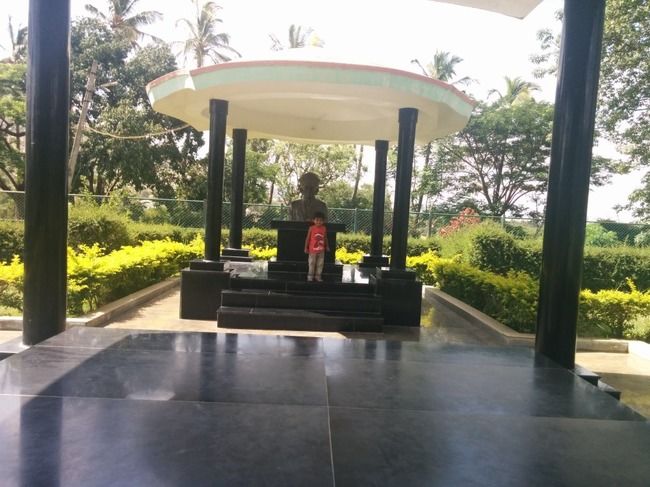 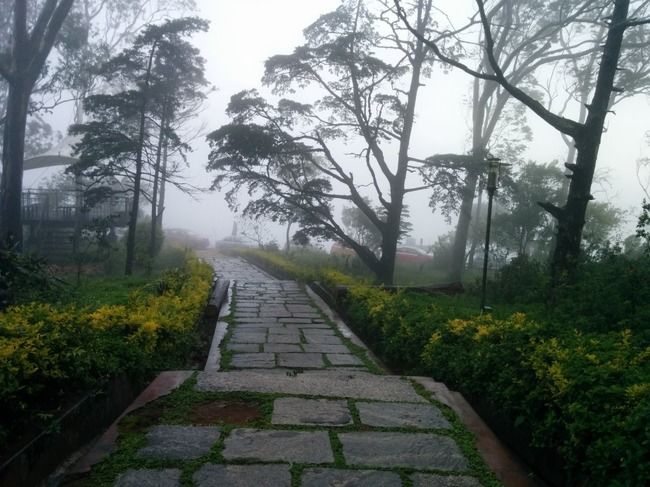 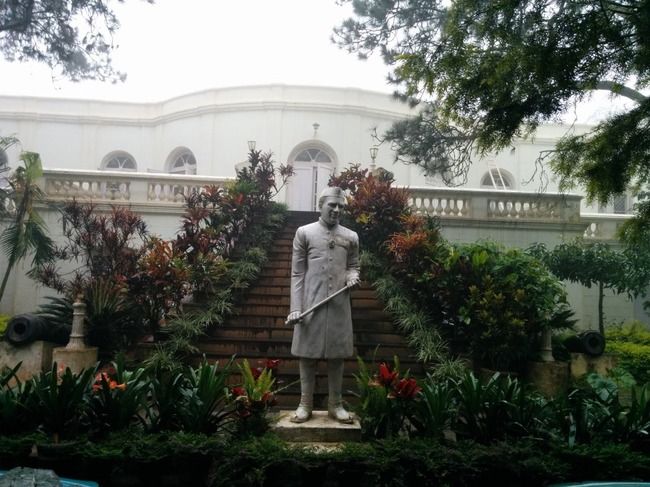 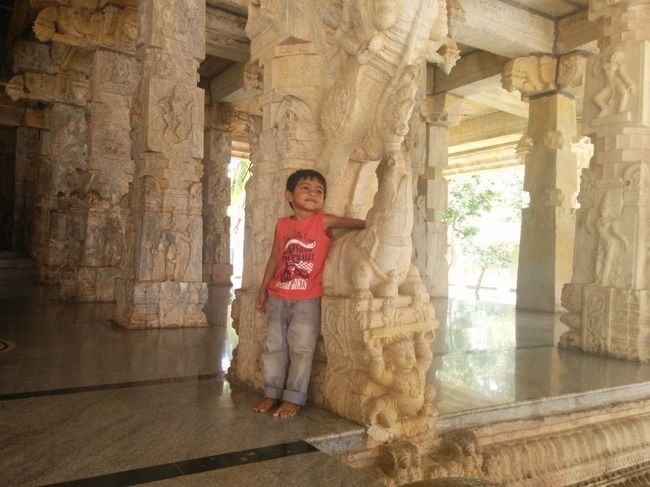 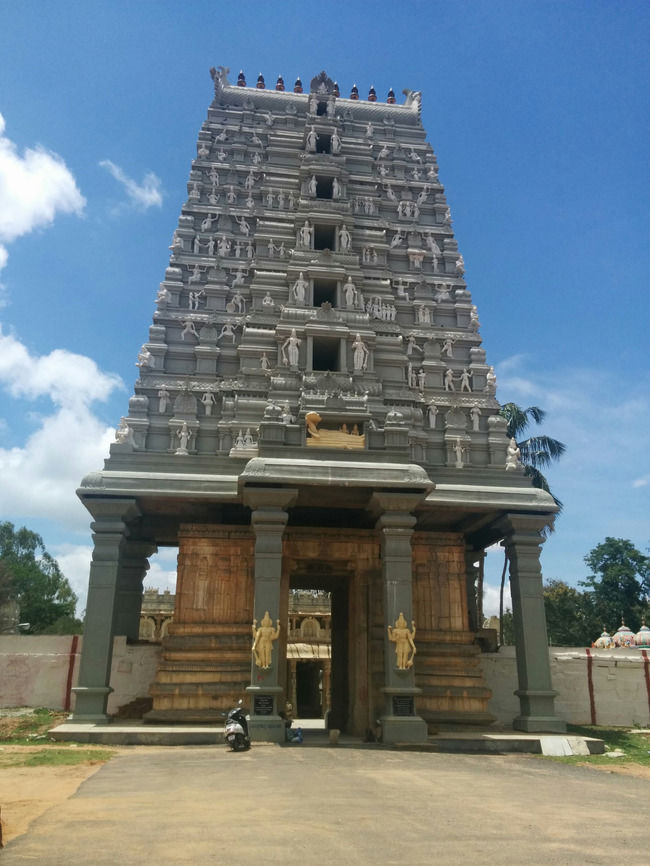 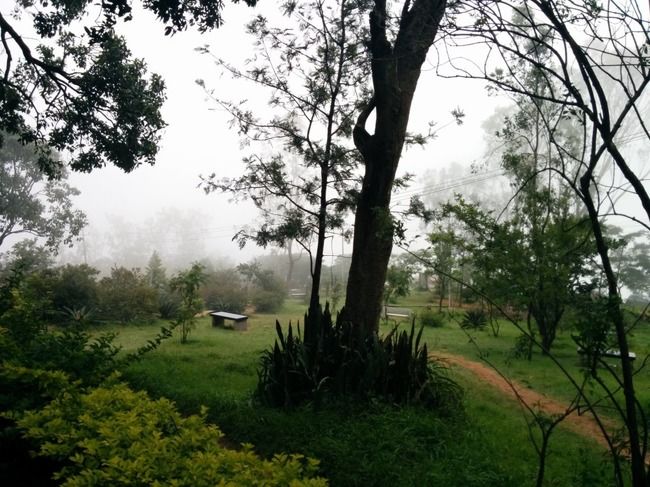 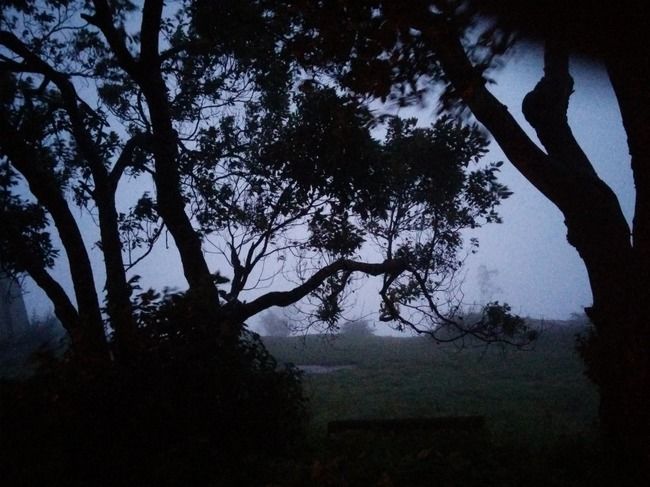 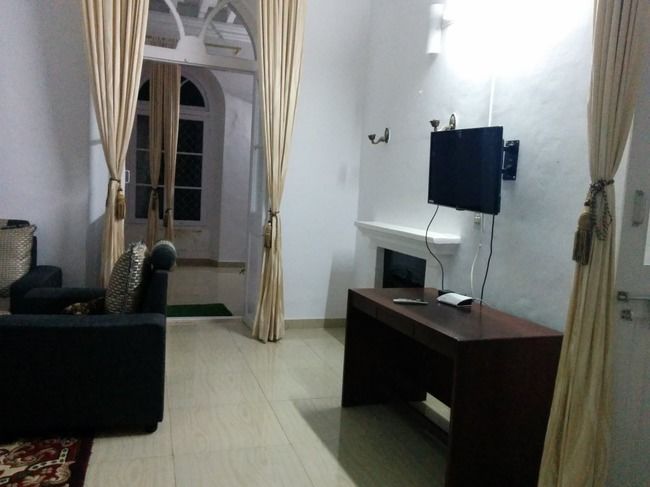 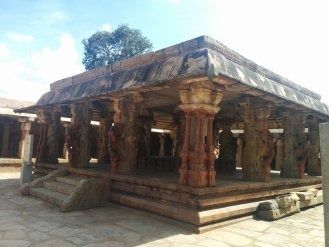 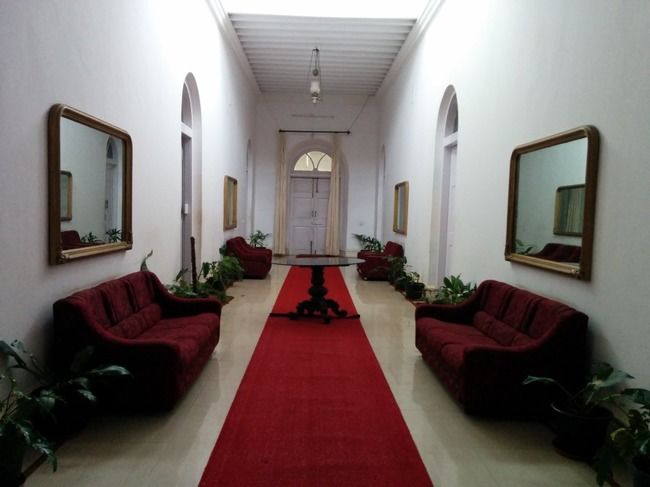 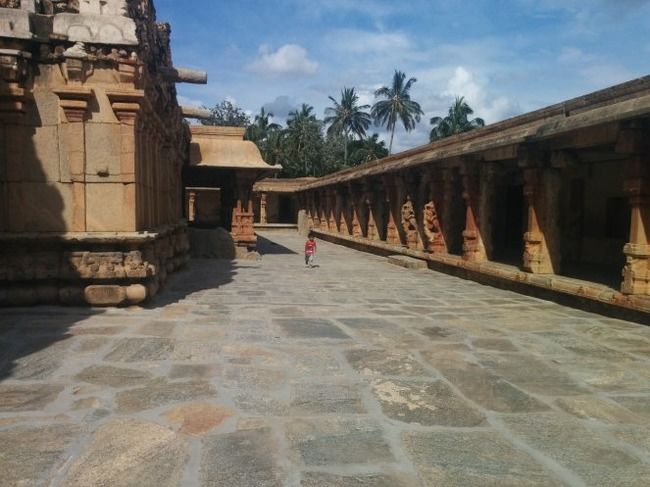 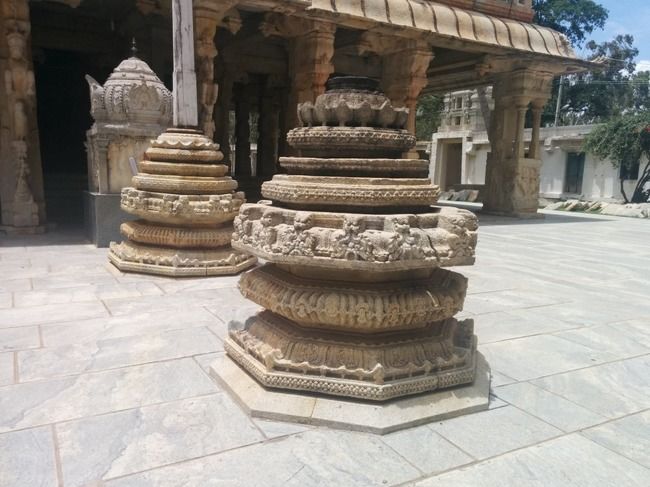 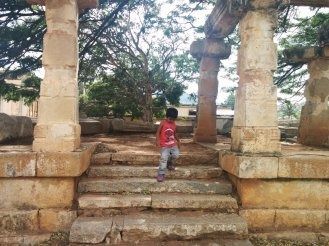 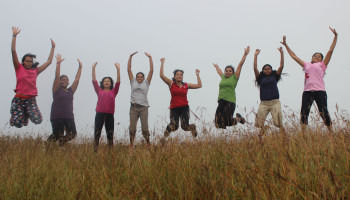 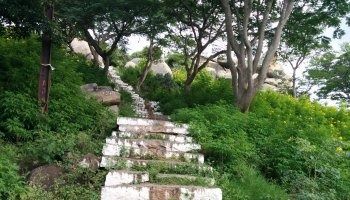 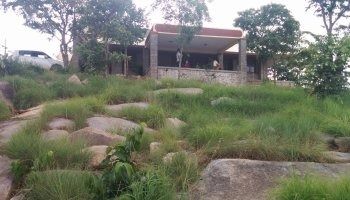 How would you fancy a royal stay on a hill top just a few hours drive away from Bangalore. Waking up to the chirping birds, swaying casuarina trees, a chilling mist kissing the greens. No, I m not speaking about the colonial bungalows in Coorg or Munnar or Ooty or Chikkamagalur. I m mentioning the Nandi hills which is just a two hour drive away from Bangalore. We made a short weekend trip to Nandi Hills in the month of August this year. We stayed in the Majestic Suite of the Nehru Guesthouse popularly known as Nehru Nilaya on the peak of the hill. We also visited the beautiful temples of Rangasthala, Muddenahalli – the birthplace of Sir M.Visveswaraya, The architecturally popular Bhoga Nandishwara temple in the Nandi village and the famous idol of Nandi.We started from Bangalore on a Saturday morning at around 11.00am and hit the NH 7 and took a deviation to the town of Chikkaballapur. From there we took the road to Gauribidanur. After about 7 kms drive on the Chikkaballapur-Gauribidanur road we had to take a right turn for another 1 km drive to Rangasthala. Since the location is not marked on Google Maps, we had to ask a couple of people to get the right directions. the road to Rangasthala goes through many small fields of fruit, vegetable and flower cultivativation and leads all the way to the artistic splendour dedicated to Lord Vishnu/Ranganatha built in the Vijayanagara Style. Since the temple is not very well known among the tourists, not many people were present. The temple courtyard has many beautifully carved pillars. After spending time sitting in the courtyard, we headed back to Chikkaballapur. We had lunch at the Shanti Sagar restaurant in the outskirts of Chikkaballapur off the Chikkaballapur-Bangalore road.

We had to take a right turn after railway track while coming back from Chikkaballapur to enter the road to Nandi. Muddenahalli, the birthplace of renowned engineer Sir M. Visveswaraya is situated a little distance off the Chikkaballapur-Nandi road. This small village houses the Samadhi of Sir MV and a small museum displaying his awards and other household articles that were used by the great engineer.

We were back to the Chikkaballapur-Nandi road and within 15 mins of drive on this road, we had arrived at the Bhoga Nandishwara Temple in the village of Nandi. The temple ground also houses the temple of Veerabhadra Swami who is the patron god in our grandparents household. Since this was not the first time we had visited these temples, we did not spend much time studying the architecture of the temple. We spent some time watching the tortoises in the step well of the temple and started off to Nandi Hills. The road that goes behind the Bhoga Nandeeshwara temple goes to the foot of nandi hills from the backside. We also visited the temple of the famous monolithic of Nandi/Basava on our way.

The road leading to foothills of Nandi from the Basava temple is very beautiful, passing through a lot of greenery. By 4.30pm, we hit the foothill and started the ride uphill. The road was already crowded by people coming back from the hill as gates are closed to dayvisitors at 6.30pm. It had started drizzling by then and the ride was cool. We had booked one of the 4 luxury suites in the nehru Nilaya guesthouse. The guest house was build by the British in 1834 and hosted the SAARC summit in 1986. Living here is experiencing royalty. It is fully furnished, spacious and has luxurious interiors. It has attached bath room, changing area, sleeping area, dining area and a sit out with excellent view. The building also houses around 20 standard rooms in the basement. There are a few cottages built away from the main building. The suites and cottages have excellent view of the surroundings while the rooms in the basement open up to the lush green garden around the guesthouse.

After having tea, we went out to have a stroll in the garden around the guesthouse. People staying in the guesthouse are not allowed to roam around on the hill after 7.30pm. We felt it was safe that way as there was no proper lighting on the hills. There is a small canteen in the guesthouse where a fixed menu is prepared on prior order. The only thing which kept us from a typical colonial stay in the suite was the fireplace which was not working. How I wished to sit in front of the fireplace as it rained outside… but hard luck. The hushing casuarina trees and the rhythmic sound of the crickets played lullabies for us as we retired to sleep.

The next Sunday we woke up to a beautiful misty morning. The garden around the guesthouse was still wet from the previous nights rain. A lot of visitors started pouring in. The silent surroundings of guesthouse had turned into complete chaos with hundreds of people walking in the garden. We could not see the morning sunrise because of the dense mist. Later we were informed that the clear sunrise above the clouds could be viewed only in the mornings March and April months. We had breakfast in our suite and roamed around the hill for almost an hour visiting the tippu drop, the small temple on the hill, the children’s play area, the tree houses etc. Since it was very crowded and it was turning quite hot, we didn’t like to stay for long on the hill. We took rest for some time in the suite and bid adieu to the guesthouse making a promise to ourselves that we would return for a stay on one of the weekdays ( to avoid the maddening crowd of weekends) of the months of March or April to witness the magnificent sunrise in clear sky.

If you wish to stay in this beautiful guesthouse and enjoy the luxury stay in the suites at a throwaway price, make your reservations at least 15 days in advance at the website maintained by the Horticulture Department of Karnataka.Do let me know how you liked my blog by leaving a comment below and do not forget to hit the follow button below for latest updates from blog.