Karnataka Travel GuideKarnataka TripsTo Be Alone On A Trip Brings Out A Lot In You!

To be alone on a trip brings out a lot in you!

Three days solo trip, monsoon weather, non stop rains, ultimate experience, stories from strangers but locals of the places... One hell of a trip.                       I have always dreamt of doing a trip on this route during monsoon. When it was about to happen, my friends cut loose and I cud nt stop dreaming of the destinations. I had visualised the places for a month or two. Wanted to feel the rains, pure breeze that nature has to offer, craving the sheer joy of riding those unmanned roads. So, I decided to set out alone.

I sought advice from a friend of mine who hails from North Karnataka. He had warned me of three things- A less gripped roads, Panthers and Naxalites. I finally set out on a Friday morning, early at 4.

The first stop was Belur. Just for the food they serve at the mantapa opp temple, I had decided to stop for breakfast. Unlucky me, I had to eat at a nearby hotel

CHIKMAGALUR, A district with all that a rider wud ask for. Mullayanagiri- All that u see around is hills covered with mist. At times I cud nt believe I am riding on earth. No lens cud capture d beauty u see, no words to describe better the experience.
Bababudangiri -  I didn't realise I am riding through another destination which wud later add to favs. I cud only see 100 m of what lies ahead. I even saw a fox running across the road I m on.Visibility was less as rains added too. I lost route. I had risk finding the right way out. Road side cascades, mist covered hills, pure unpolluted air on the entire me, I cud not ask for more. I even thought of returning to Bangalore, for I already experienced what I expected out of d trip. All I did was shouted at the top of voice from time to time.
But, the purpose is to see the mighty God who sits on the coast of Arabian sea. So, I continued towards Sringeri. I wanted to see Kigga falls but it was late. Had dharshan and did shopping. You get variety of pappads and pickles.
Agumbe -  A destination I had dreamt of almost 6 yrs. I had always stayed away for the fear of KING COBRA. Cherrapunji of south India, I cud tell d whole world with pride, I had the guts to visit the place alone on monsoon days. The reality is otherwise very fear gripping. I was alone on the road that took me deep inside forest , towards a water fall. When i left the village limits, i cud see the grey clouds turning black. In ten mins, i had experienced d agumbe rains. The drops were so heavy i cudnt continue going. With no one around, i was thinking of my friends. I set out towards the fall. I was listening to the gushing of distant falls, birds chirping, any noise I hear I cud only relate to hissing of snakes.
Finally a sigh of relief to see humans. A group of photo freaks. They added to my fear saying they were there for snakes and frogs. Had to leave that place fast, becoz I had a long day ahead.
Kollur - A beautiful temple amidst a more beautiful nature.
Left kollur after a very quick darshan. Kodachadri - Had high hopes and expectations of this place. But the place had much more to give me. Thrill, fear, absolutely no roads and a strict no to biking on monsoon. One of the forest guards warned me. I ignored him saying I had seen such worse roads. Later found there r no ROADS to the top. No where, never in my three years of biking, I felt nervous, scared, unsafe. After a one and half kilometer abandoned the idea and was returning.
After a little disappointment, left towards, murudeshwara. One of my friends had described his experience in this temple. He had caught a glimpse of the shadow of lord Shiva on the waters of Arabian sea. The mighty figure made him shiver and he broke into tears without realising. I wanted to experience d same. It was 7 20 PM and raining heavy. Already drenched, thought I shud check in and then go for dharshan. By the time, I was entering d temple, it was 8 10. They had already shut it close. I was standing in d rain, getting wet once again. Looking at the mighty figure in front of me. Stopped to eat chaat in a nearby shop. One of the shopwale friend is leaving for a north India trip- To VAISHNODEVI. Did shopping, had an ice cream and left for hotel.

The next, darshan. One of the very few temples, where shivalinga, lord Shiva has a moustache . we cud get an aerial view of the sea and the town from the eighteenth floor of the temple gopura. Then, me and bike had tasted the sea water. First time, we laid hands on the Arabian sea. We both were from the small state, where we see the bay of Bengal. Then, I continued towards jog falls. On d way, crossed a bridge of 1.4km long, with the Sharavati river on one side and the sea on other side. From the bridge, I cud see a lots of islands nearby. I wish I had enough time to set foot on one. No worries, there s always a nxt time. Jog did nt meet my expectations. Water was streamlike, unlike shown majestic in many movies. On the way back to Bangalore, I had to travel via shimoga. Awesome trip altogether. A lot of breathtaking views, lush greenery, uninvited rains,misty roads from time to time, a lot of strangers as pillion riders sharing stories abt places,. At last, I had to thank my friends for ditching me and giving me d opportunity to do the trip alone. May b we do the same route with different places this monsoon. Thanks all. Hope u like it.

HotelsMap
One state, Many worlds

A hilltop I dream of conquering wid ma bike 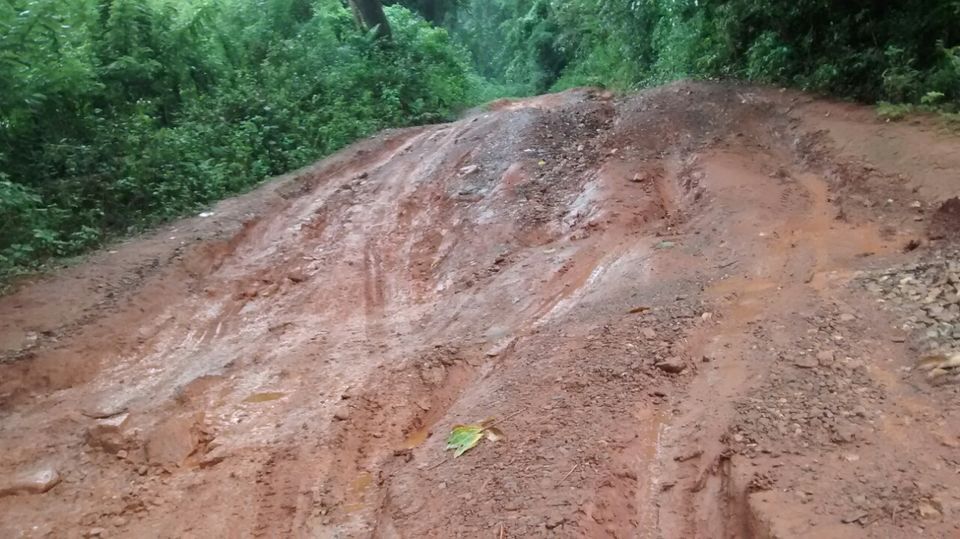 Unsuccessful off roading at Kodachadri 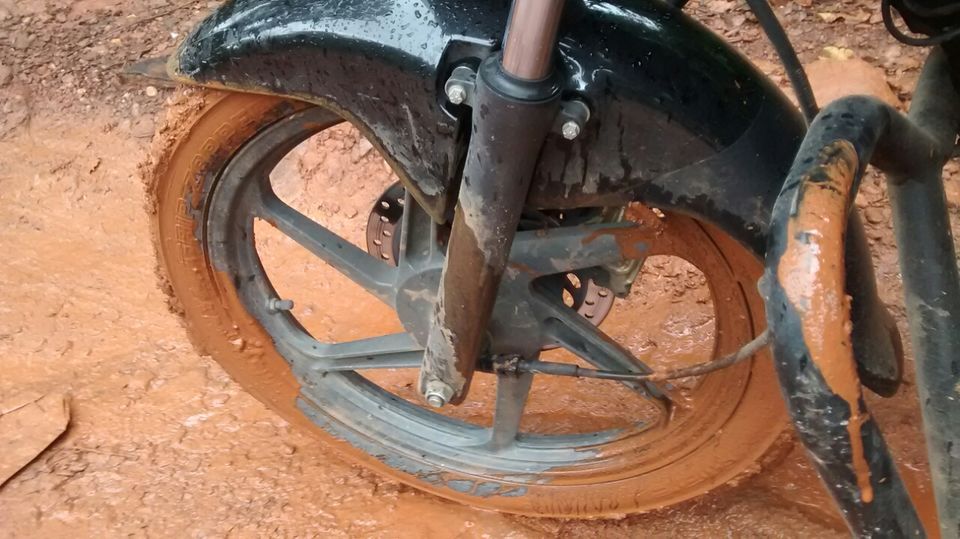 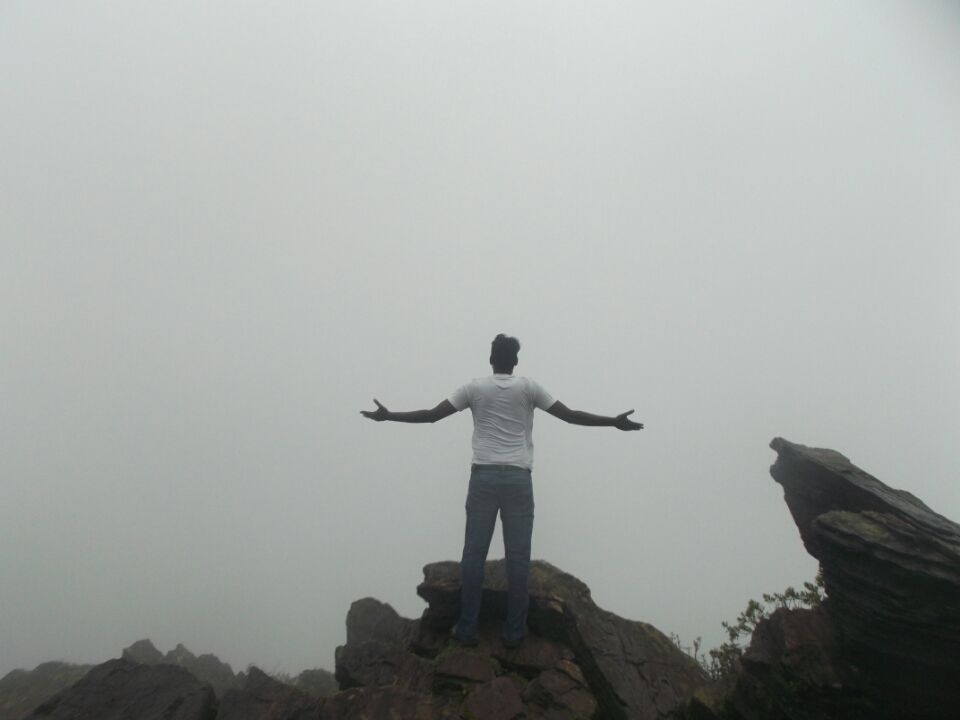 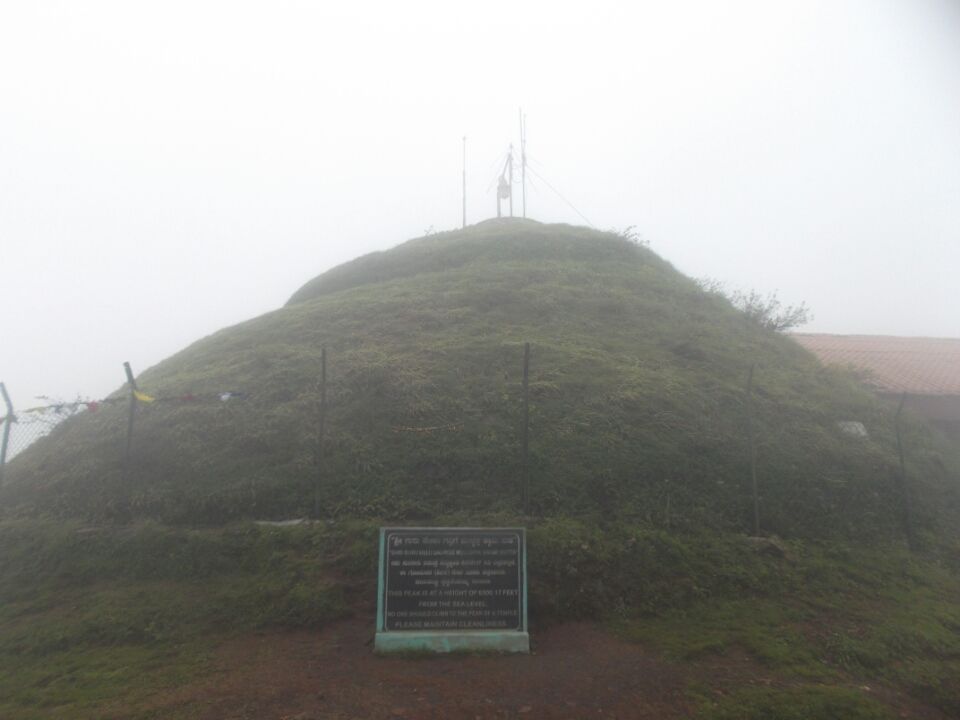 One among the few trails which u wudnt want to end!! 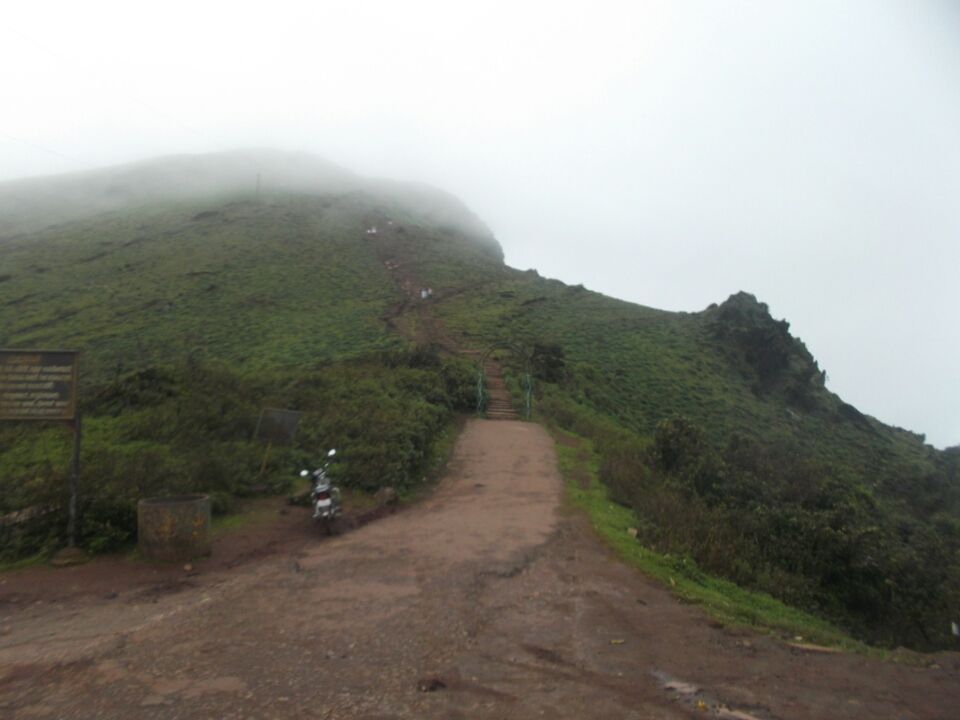 I had to travel the road my finger points. lucky me 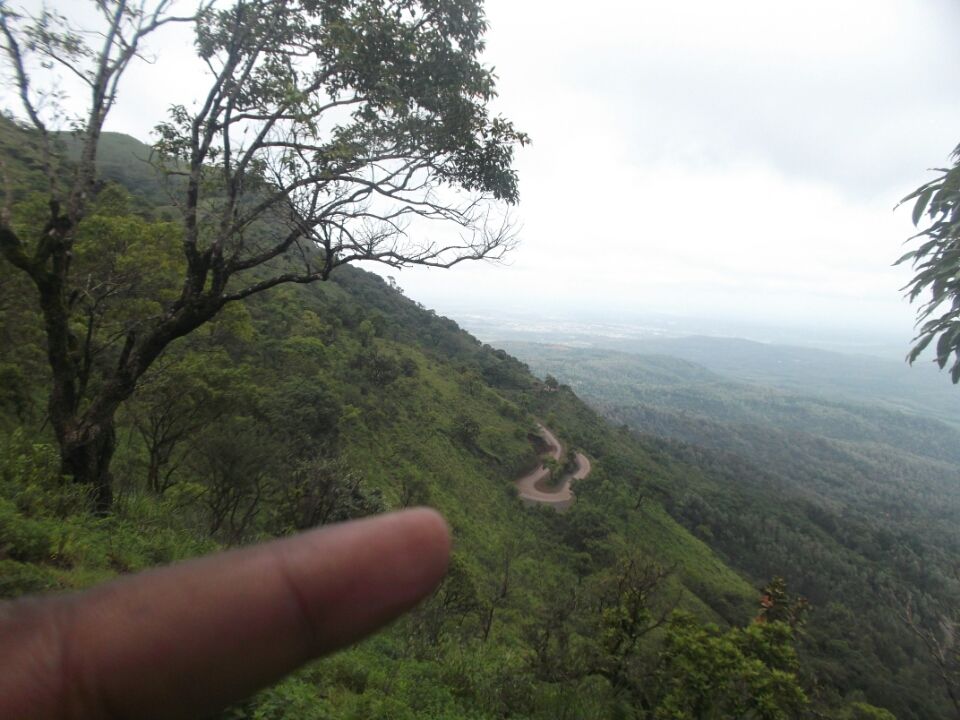 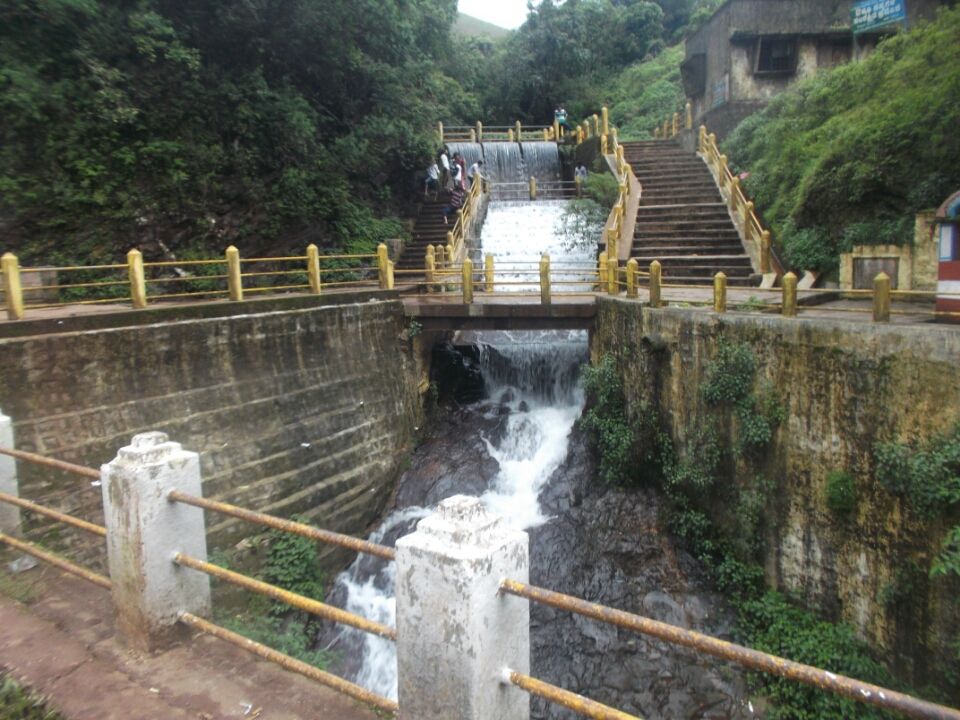 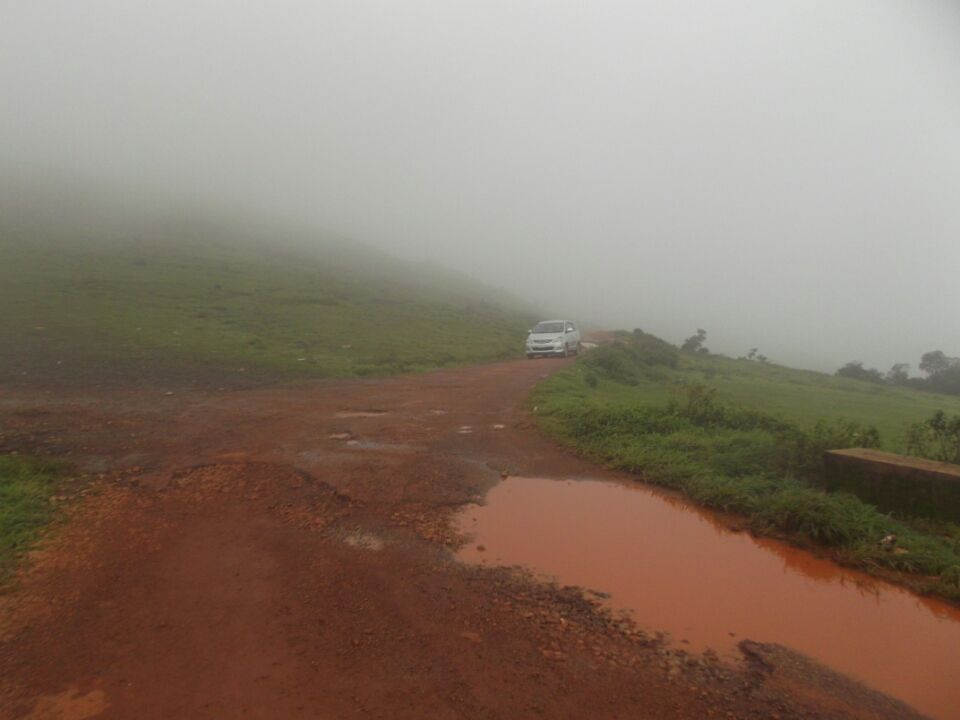 Dattapeeta. Considered holy land. I would not dare say no 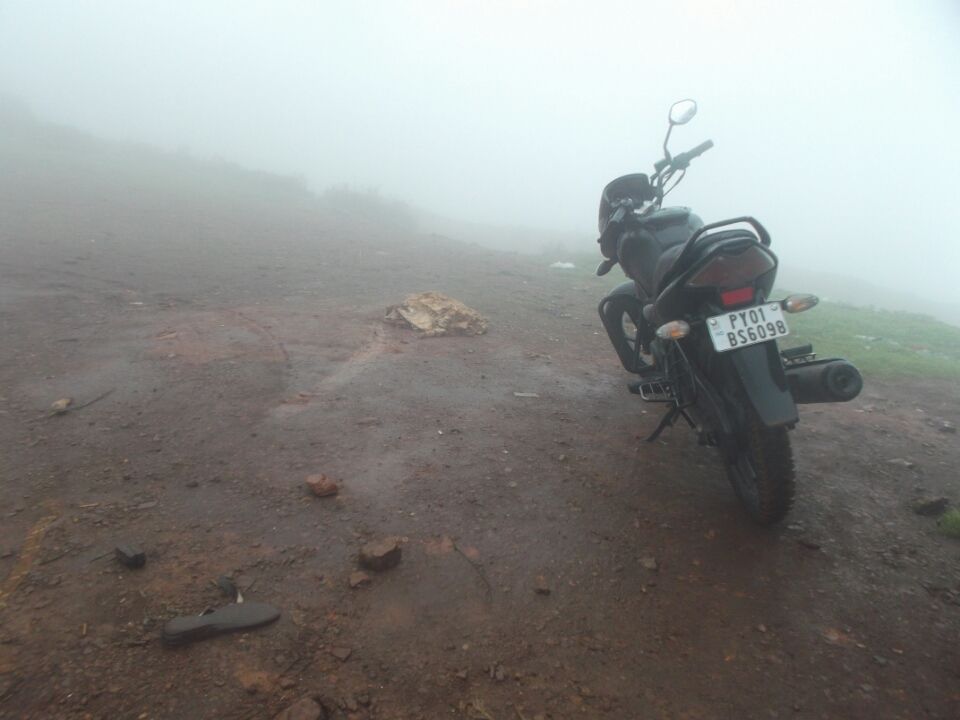 In front of d peeta 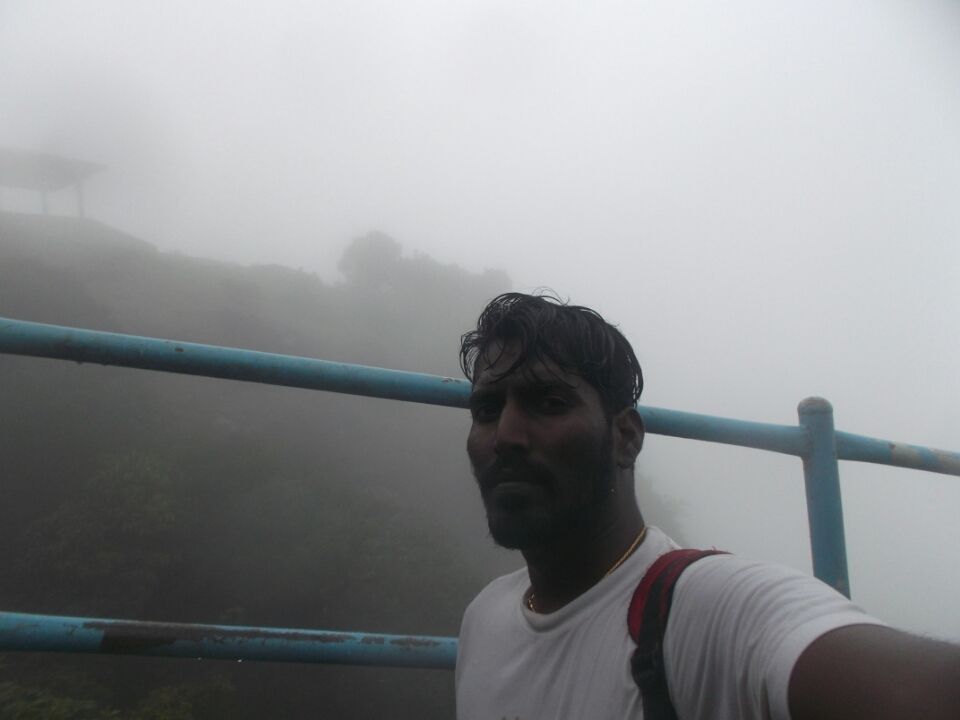 Rain Rain rain ..I cud nt believe I was in agumbe 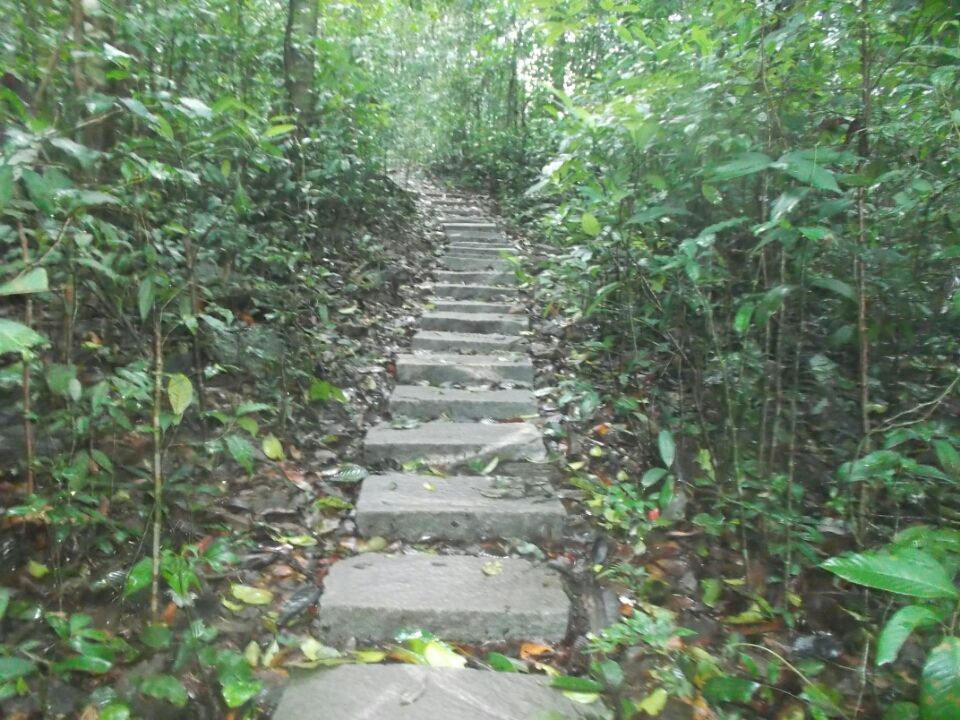 Purity at its best 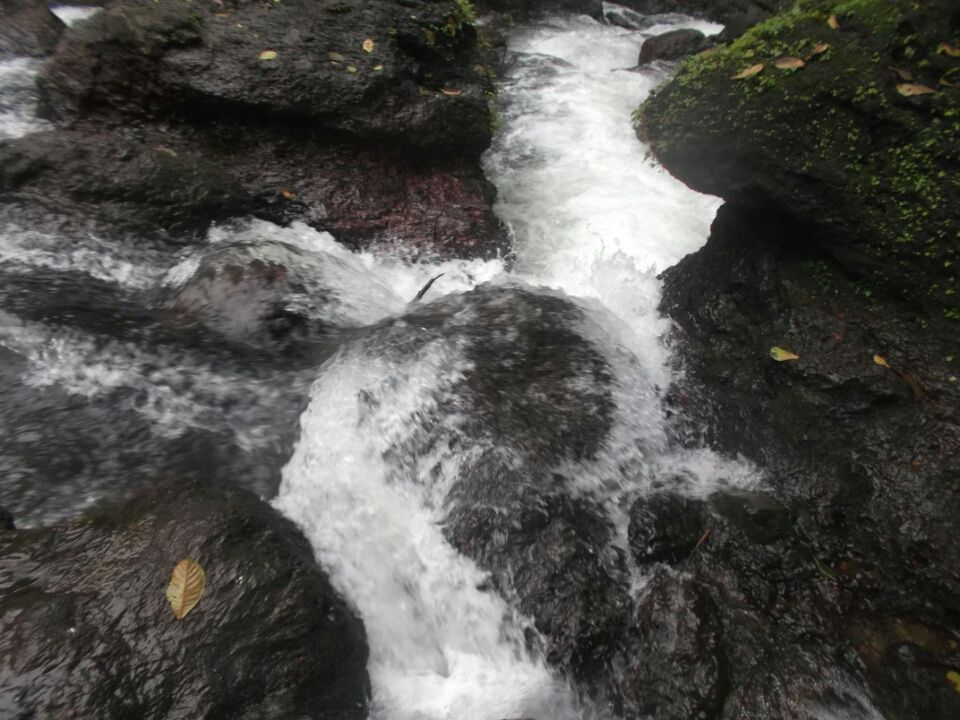 Had fear of snakes til I met this group. guess wat, dey wer for shooting snakes 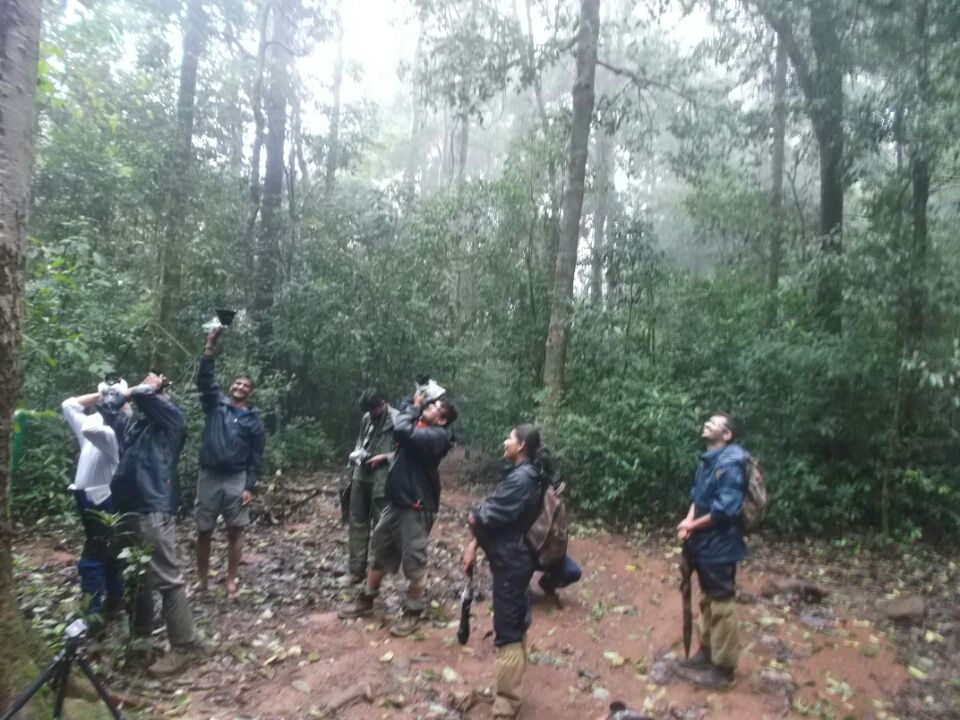 wud have been captured better in a DSLR 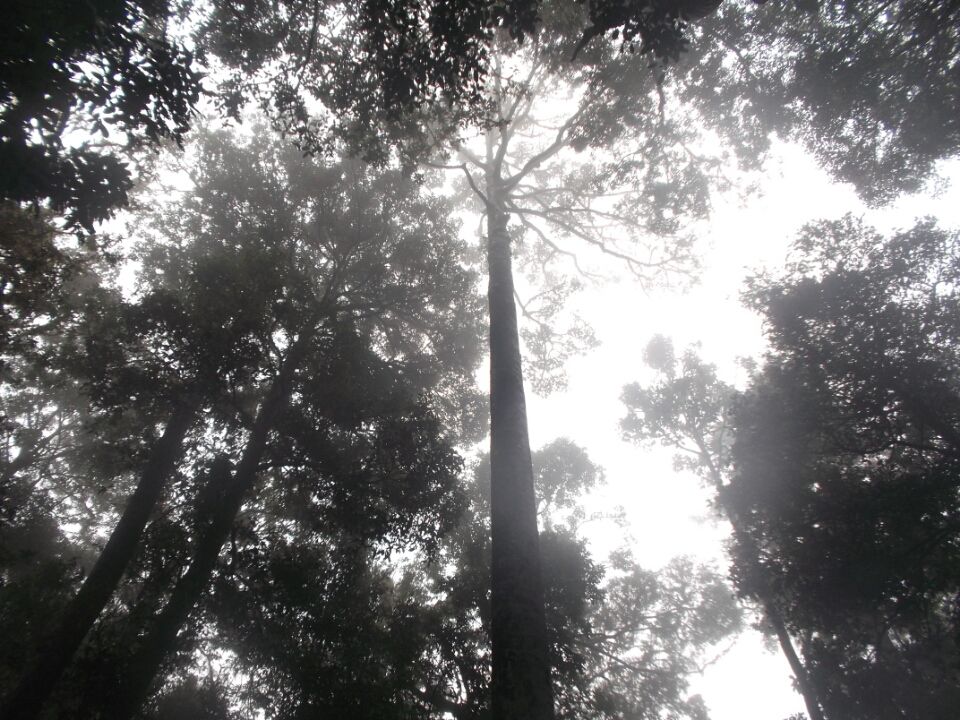 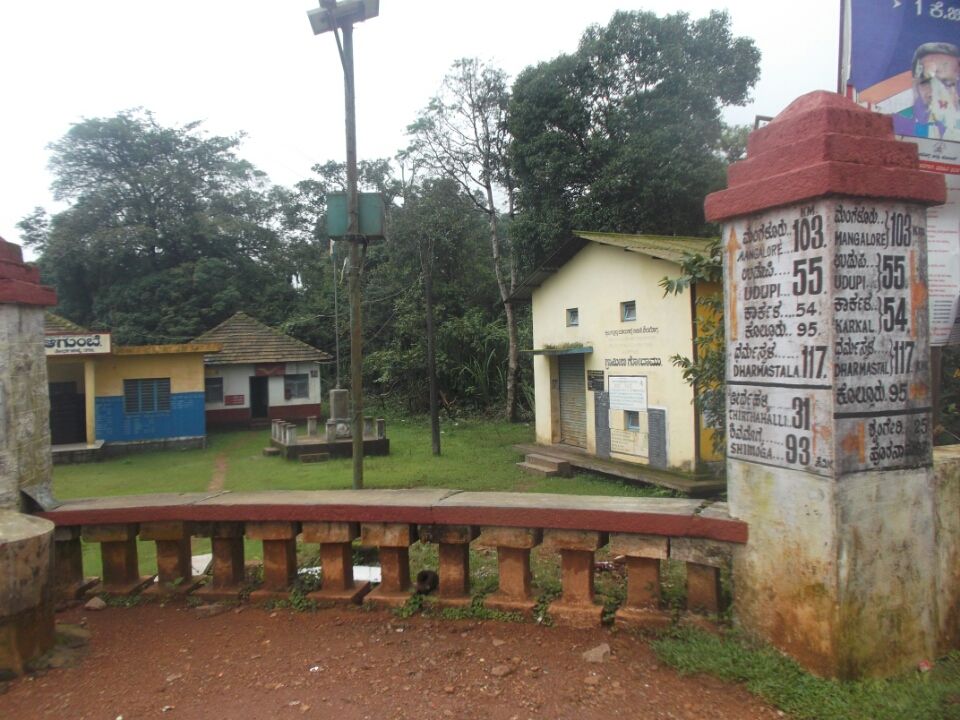 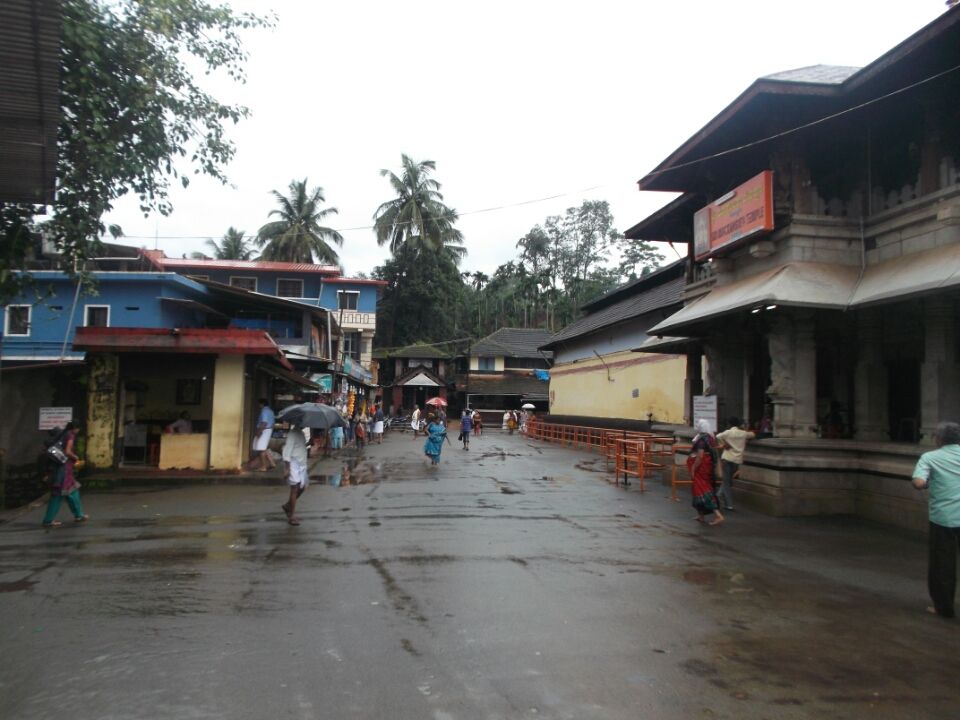 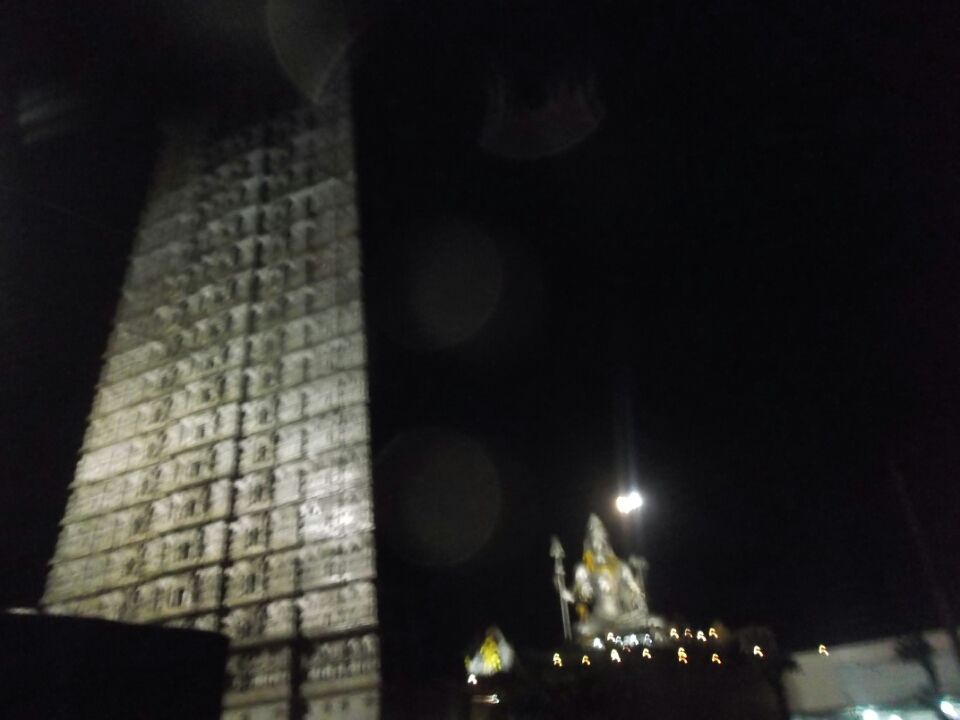 Wat adds to the mighty beauty is the Arabian sea 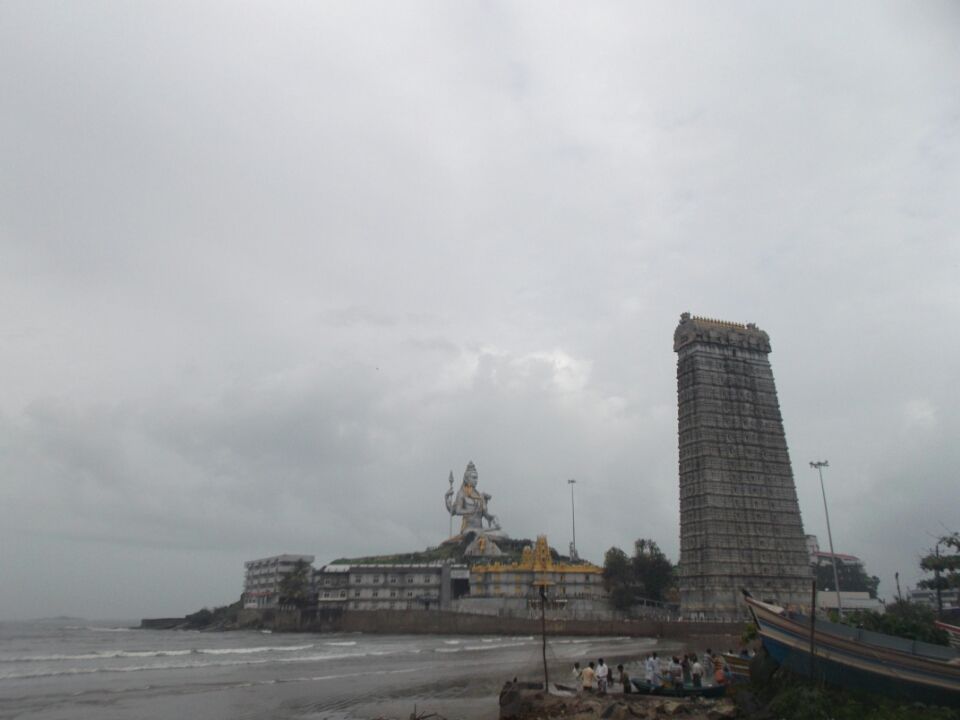 First ever temple with a breathtaking view 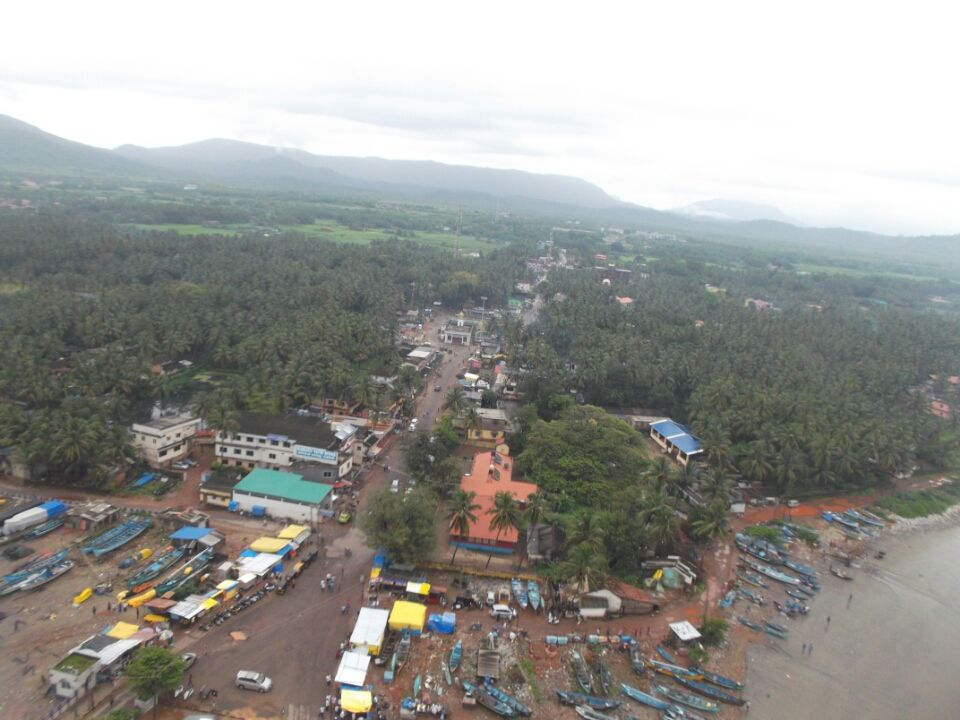 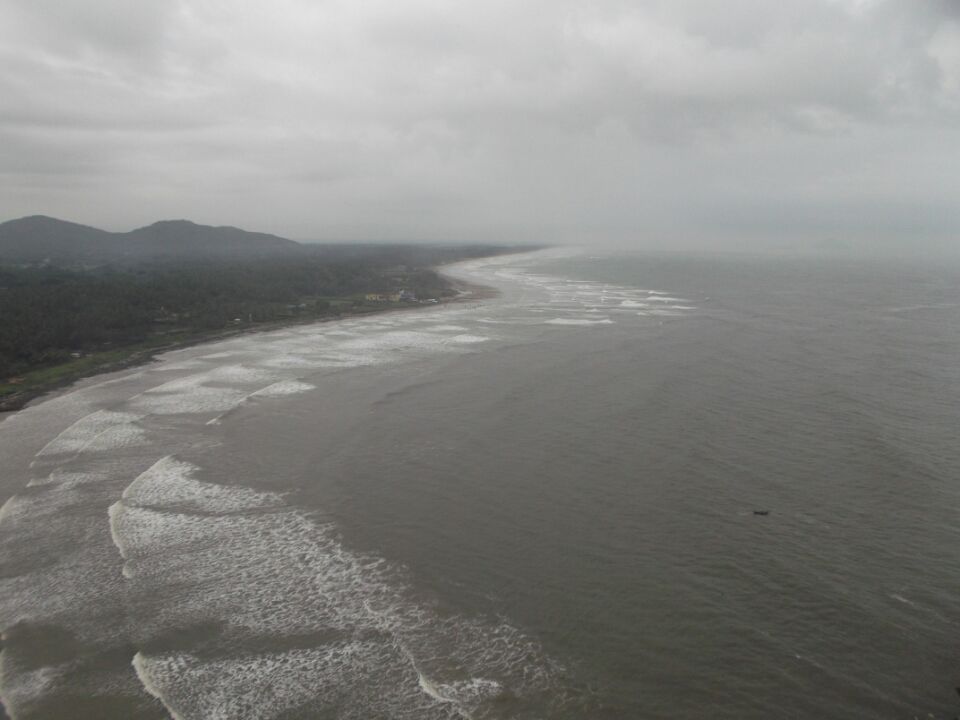 The Lord himself. I bet u wil b left speechless for a while 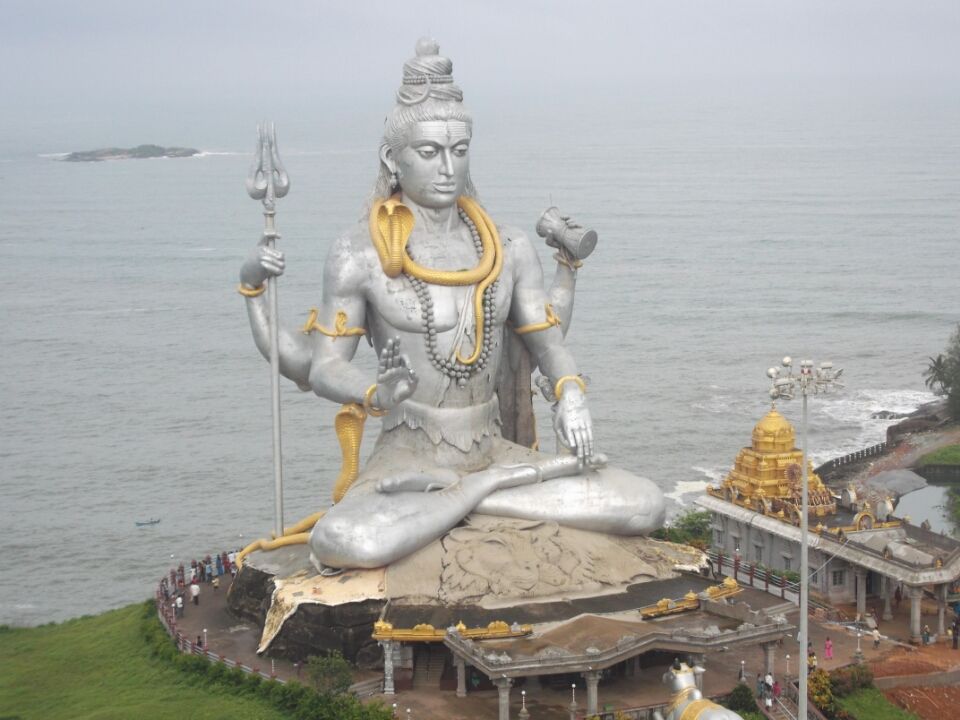 Blessings for u all 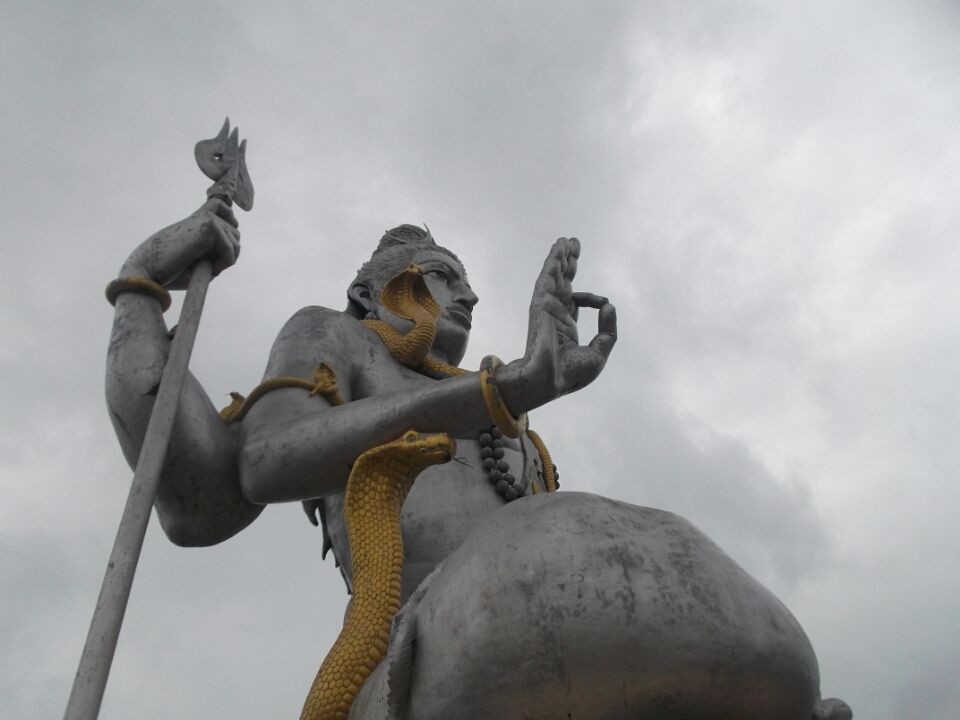 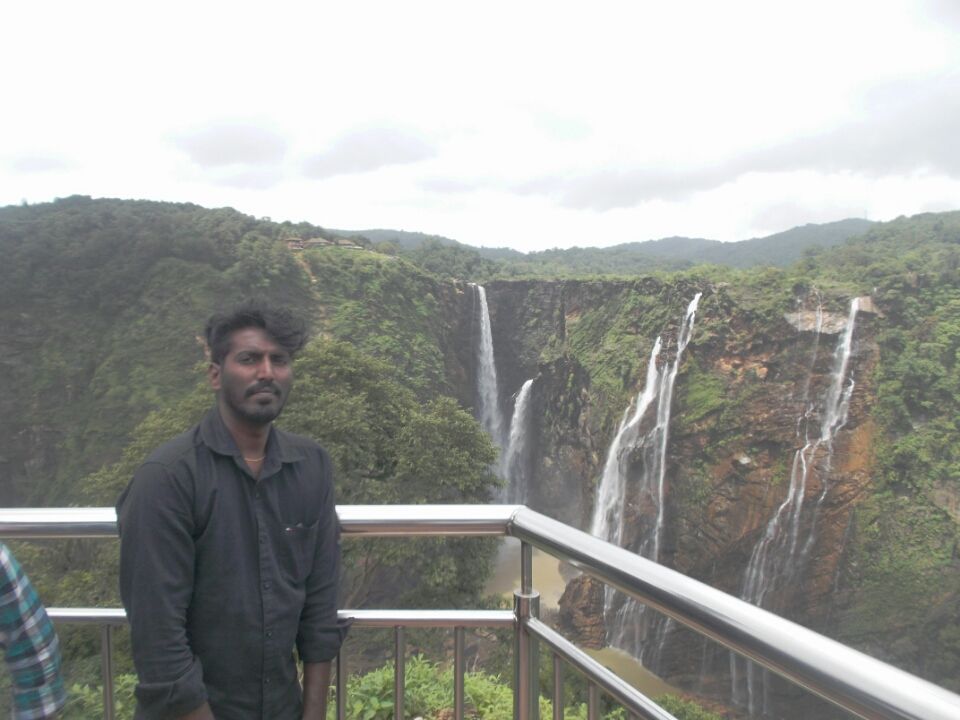 See u again. dis was clicked at Sagara district 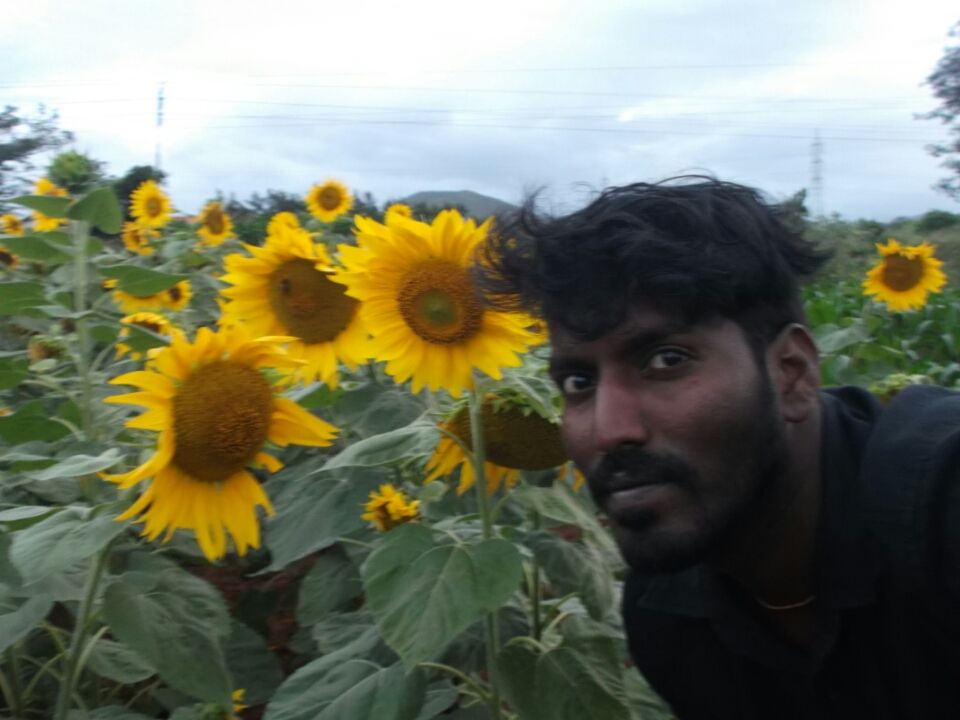