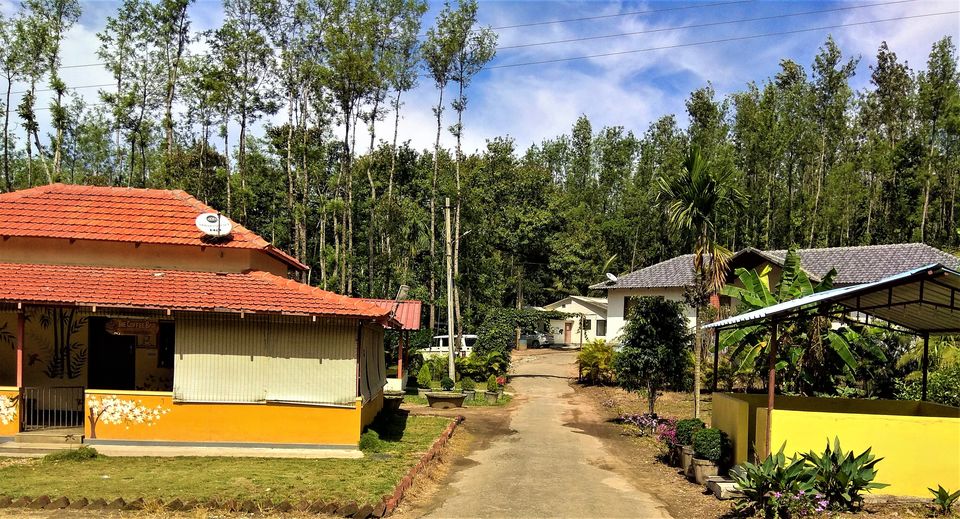 Chikmagalur in Karnataka is an exciting hill station. If You are tied up with regular work from 9 to 5 and wants to relax in the midst of coffee plantation then this is among the best places to visit. Sightseeing and trekking have a prominent place in the tourism sector of this tiny town which is highly blessed by the mighty Western Ghats.

It was a rainy night. I was supposed to reach Chikmagalur at 7 pm but Got delayed. It rained really heavy. After I get down, I was lucky to get an auto to Zostel Chikmagalur. Dinner was among some friendly crowd from Bangalore. The best thing of zostel is you don’t need to find someone to mingle. Mostly people are really cool and after dinner we spent some quality time near the barbeque and loads of stories.

Next morning my friend arrived from Bangalore. I came from Mumbai. My journey was slightly different. Since there were no direct bus to Chikmagalur from Mumbai I took train to Pune, then Sleeper bus (booked through KSRTC website) to Hubbali which took around 8 hours. Finally took another bus to Chikmagalur. Travel time was around 9 hours due to bad road condition. If you are coming from Bangalore its hardly 5 to 6 hours.

Zostel café has limited options for breakfast. The nearest bus stand is also quite far. So we had some snacks from the zostel café itself. We booked an auto for the day. It costs around 700 inr and we travelled around major attractions of Chikmagalur. Starting from Baba Budan samadhi and Mulyangiri which happens to be the tallest peak of Karnataka we soaked ourselves into the waterfall then at last we stopped for sunset at Hirekolale lake.

Next day we hired a bike at a cost of 500 per day. Although we had some teething issues with the bike but finally the day went well. We started from the Hoysaleswara temple, also referred simply as the Halebidu temple, which is a 12th-century Hindu temple dedicated to Shiva. It is the largest monument in Halebidu, a town in the state of Karnataka, India and the former capital of the Hoysala Empire. Its amazingly beautiful as well as mystical. Each and every stone has witnessed so much of history. We were surprised to know that the entire temple was built without using only lock and key mechanism. These stones are stacked without any sort of concrete.

The Chennakeshava Temple, also referred to as Keshava, Kesava or Vijayanarayana Temple of Belur, is a 12th-century Hindu temple was our next halt. While we were visiting these temples or I should say the living examples of Indian architectural splendour time simply passed by. Both of these temples are proposed to be UNESCO WORLD HERITAGE SEIGHTs.

After the hectic journey it was finally time to come back to Zostel. We zostelites gathered around and made a bon fire. We played some games and finally it was time to say good night.

Surrounded by lush coffee plantations and western ghats, this place enjoys pleasant weather all-round the year and thus serves as one of the best tourist places in Chikmagalur. A visit to Zostel Chikmagaur and finally to this quiet town of Karnataka can be clubbed with a visit to Horanadu which is popular for Annapoorneshwari temple.

There are plenty of buses from Bangalore to this city. KSRTC as well as private operators ply here.

Since this city is surrounded by lush green forest it can be visited anytime in the year. But I would suggest visit in the rainy season where all the waterfalls will be active. But be prepared to face difficulties.

Plenty on hotels and homestays are here. My personal favourite is Zostel Chikmagalur.