Kaziranga Travel GuideKaziranga TripsOn Road To Meet The One Horned Rhino: At Kaziranga!

On road to meet the one horned rhino: At Kaziranga! 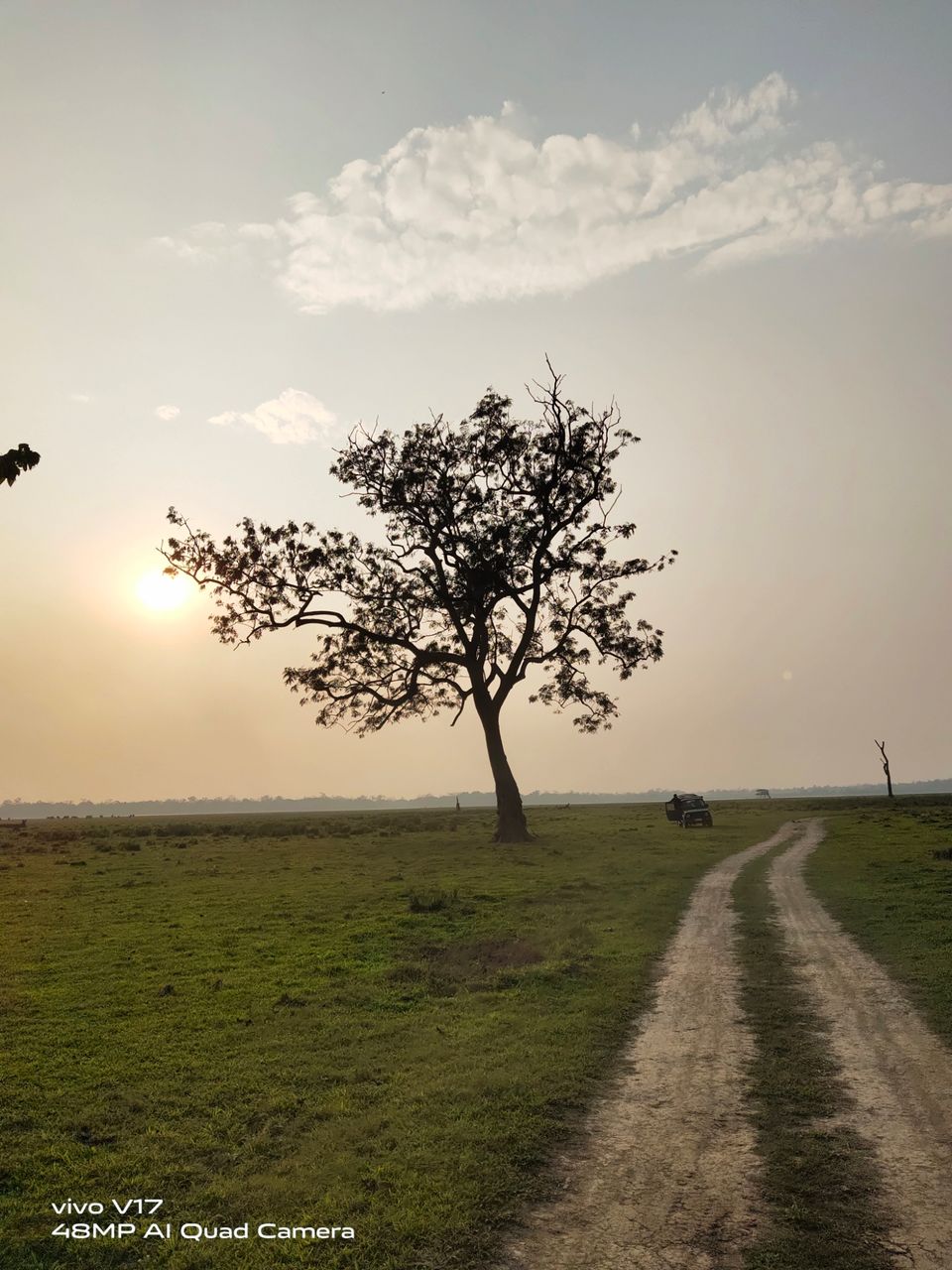 Me and my friends, we hopped onto the hired vehicle and headed for Kaziranga. Amidst the ongoing corona scare, we couldn't contain the excitement any more and were looking forward to the trip. Laughing and giggling all the way about the possibilities of catching the virus, or rather the virus catching us, we were happily on the road by 1030 hours. From Beltola in #Guwahati to #Kaziranga it was almost around 183 kms and most likely to take around 3-4 hours. And to that if we include the stops and breaks, it'd almost be a 5 hour journey. Travelling with your family and with your friends has a difference. When it's family, it is all discipline and set rules and schedules. But with friends, it's a different scene, atleast when you know you don't have to leave by 6 in the morning. So we started late. At around 1330 hours, we were at the Nagaon by pass, family favourite - Anurag Dhaba, for lunch. Anurag Dhaba is popular for the thalis, and ofcourse the rush that you see there. Post lunch, we continued our journey through the greens and the tea gardens. Around 1550 hours, we entered #Kaziranga and stopped at a viewing point to spot a rhino far far away. By 1615 hours we were at Laheke Chai Cafe for our evening tea. Will tell about that cafe some other time. But add that to your 'to do list' while on the way to Kaziranga. It was almost 1710hours when we reached Shoolin Woods, #Kohora, our place of stay for the next 2 nights. We checked into our room, which was comfortable enough for three girls. Few minutes of rest, and we three were ready for a walk nearby. We checked around the place nearby in the evening, and were welcomed by screeching monkeys on the trees as we returned back to our room. There after we freshened up and got ready for dinner at #BorgosResort , Kaziranga. Post dinner, we retired to our comfortable bed in the hotel, dreaming of the Safari the next day. #tripotocommunity #beforelockdown #girlstrip

On the way to Kaziranga 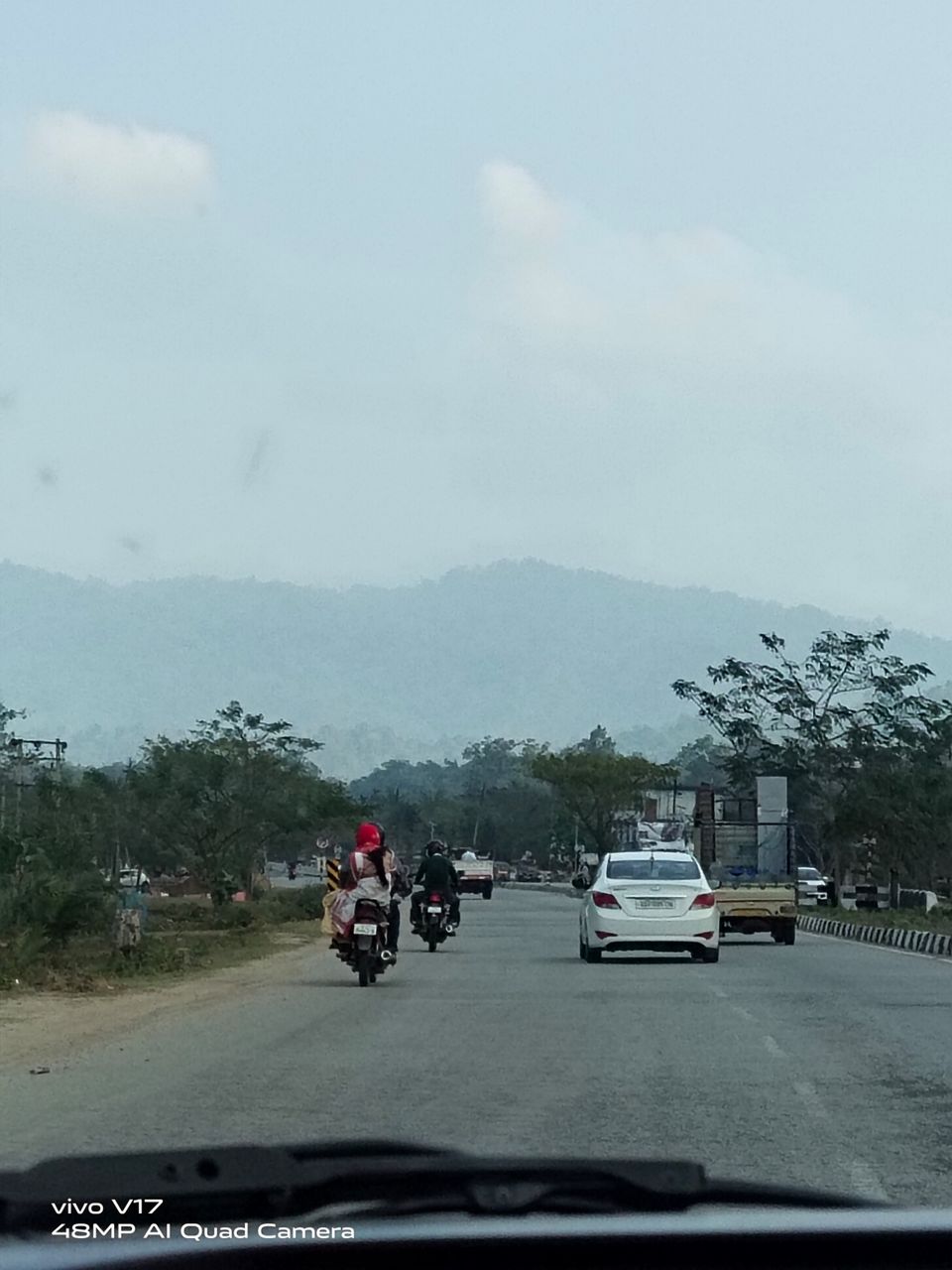 The vegetarian thali at Anurag Dhaba 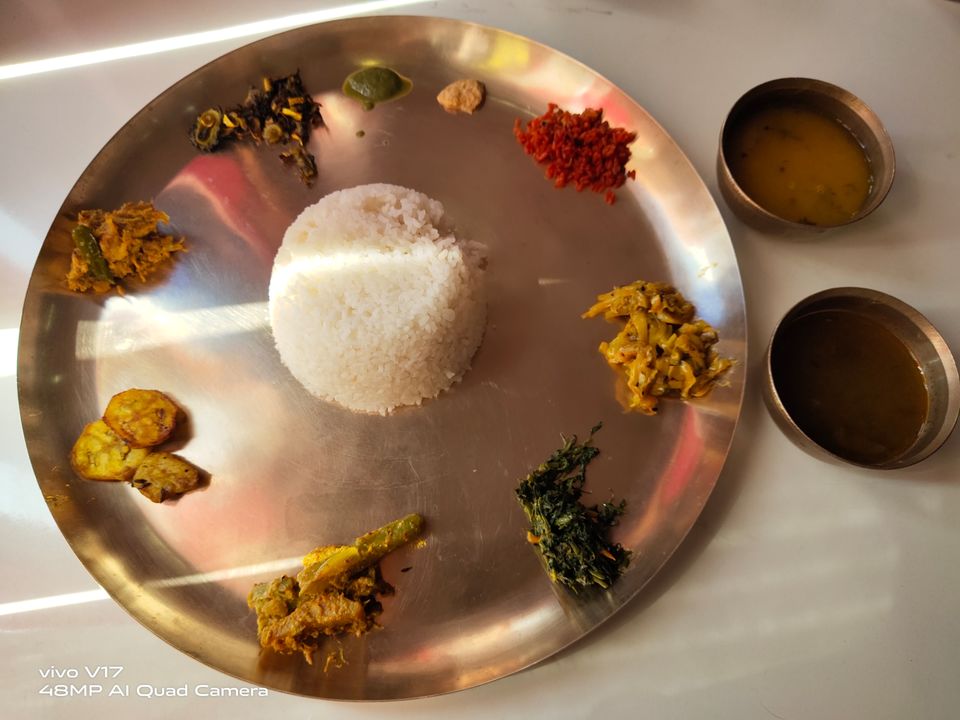 Amidst the tea gardens! 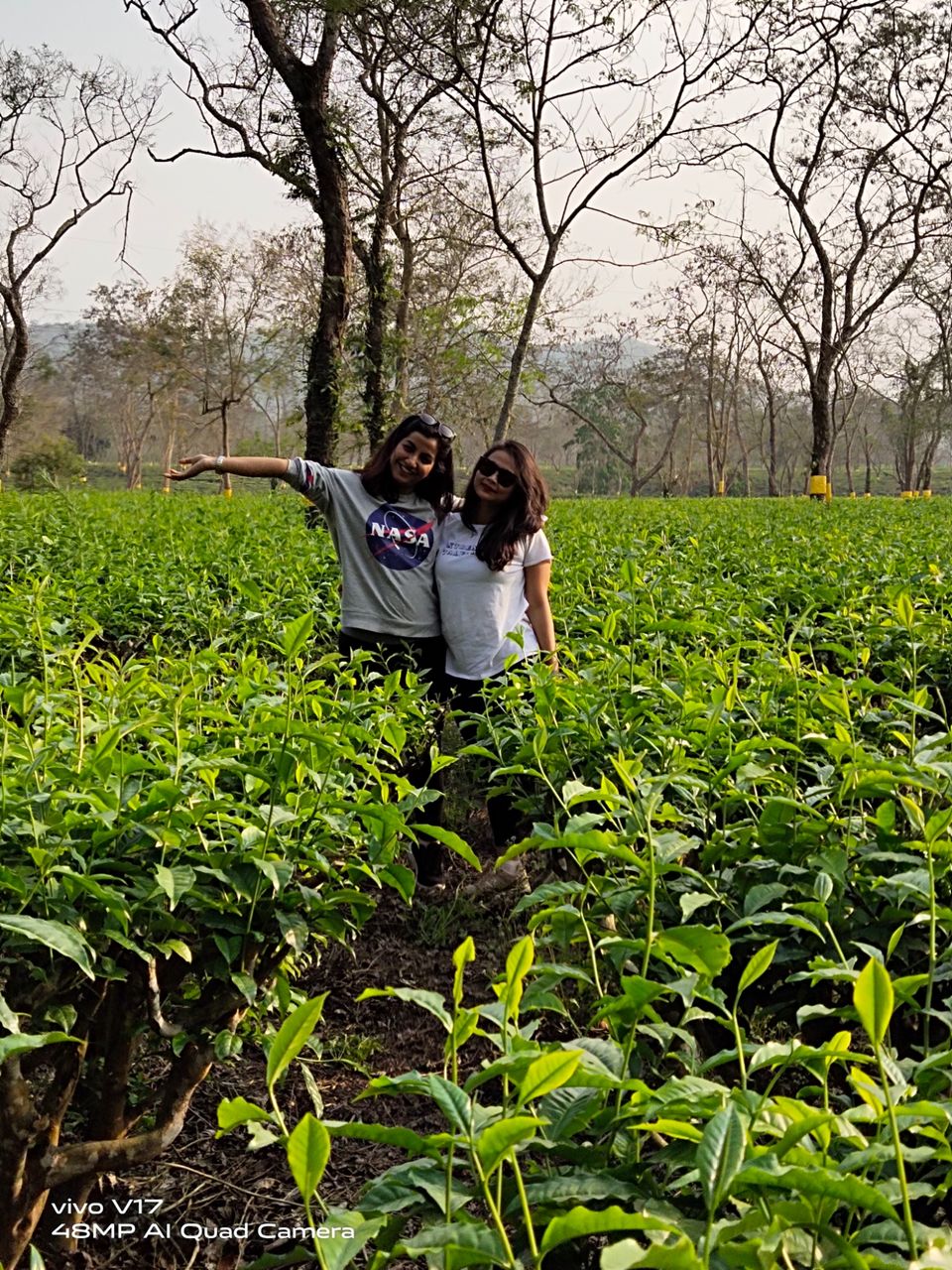 Riding further towards the sanctuary 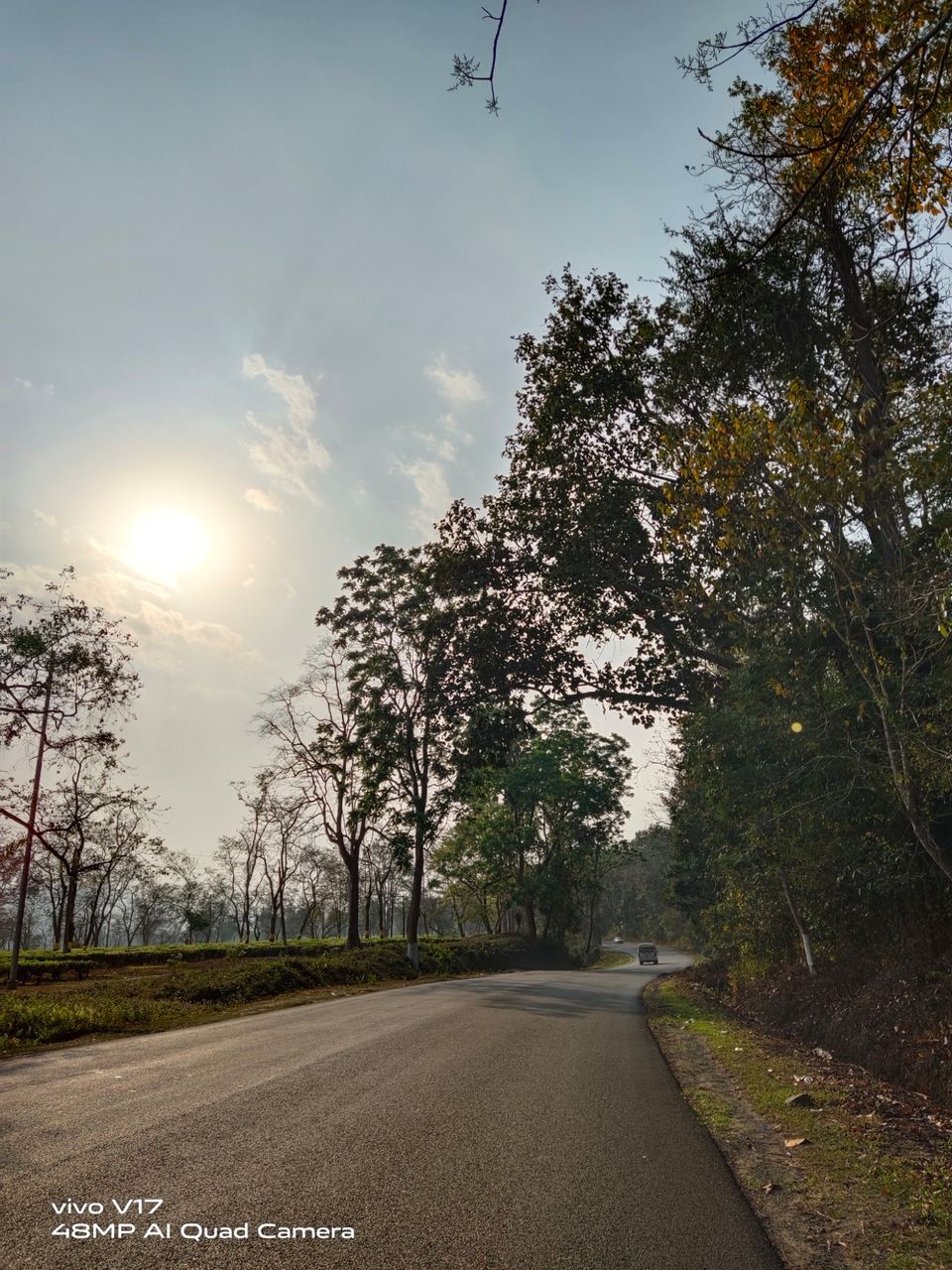 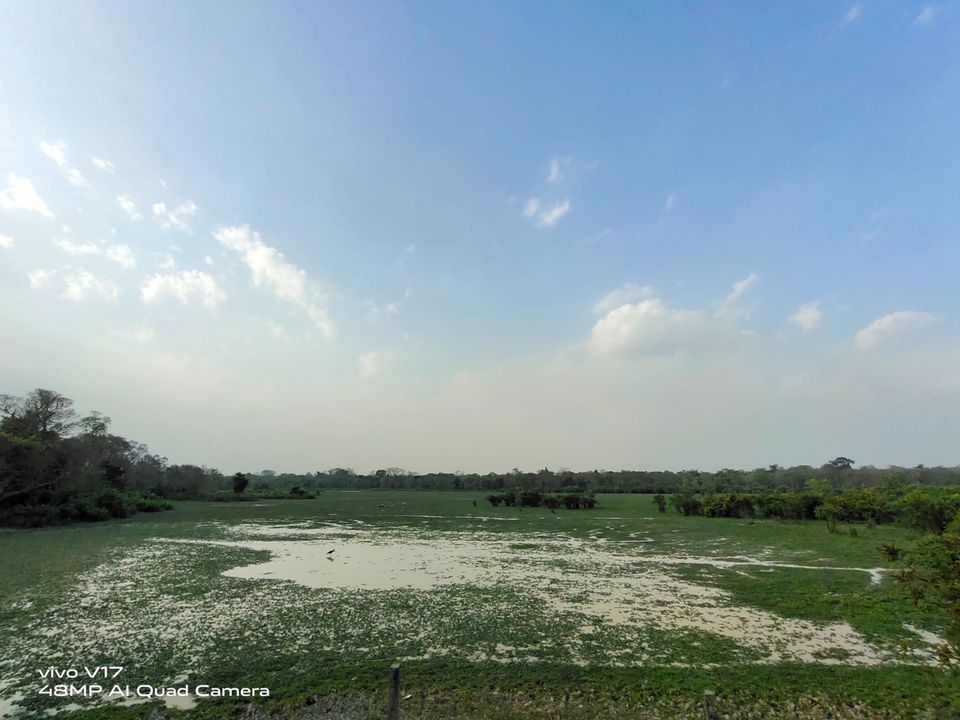 The much needed tea break joint! 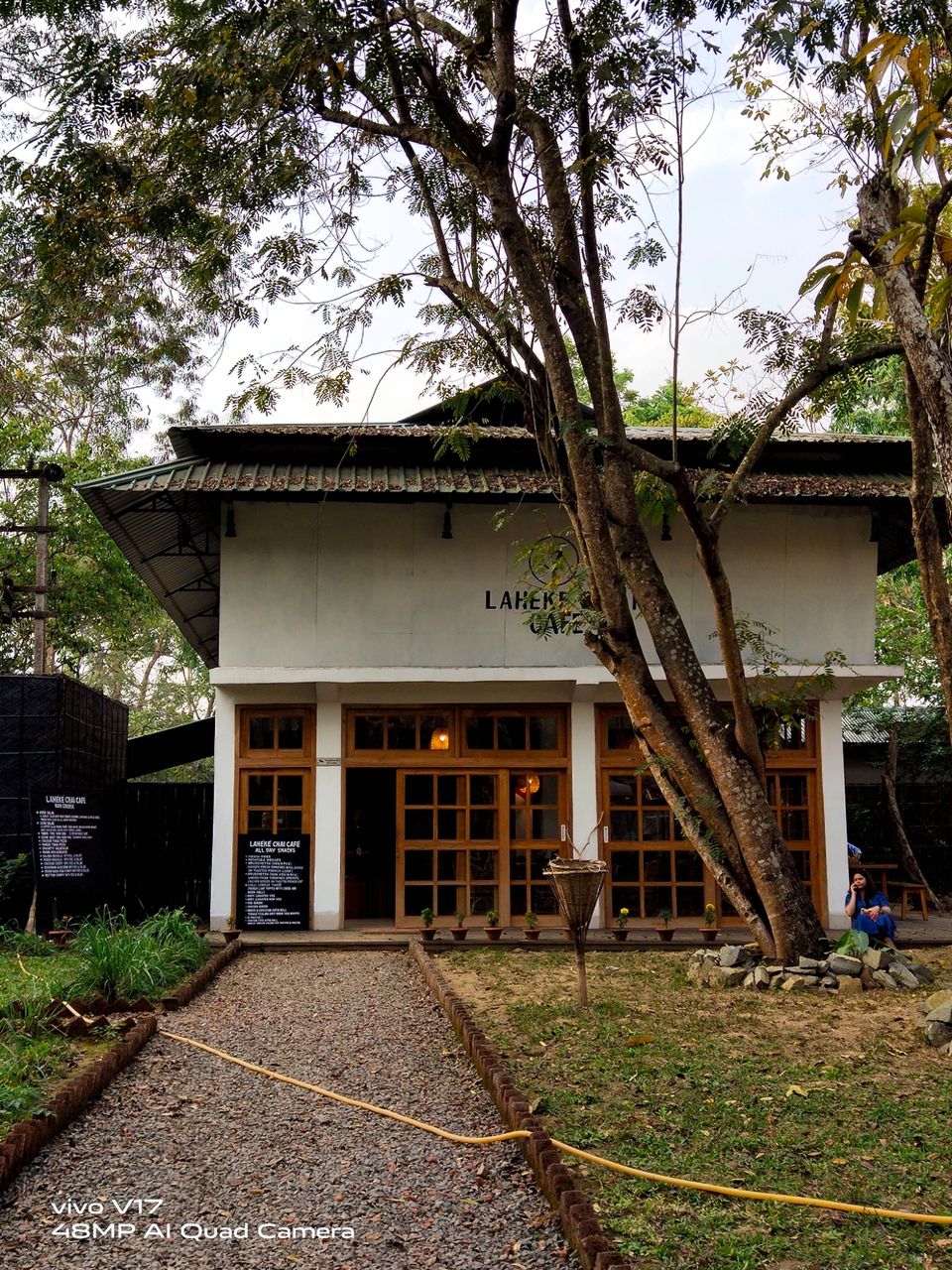 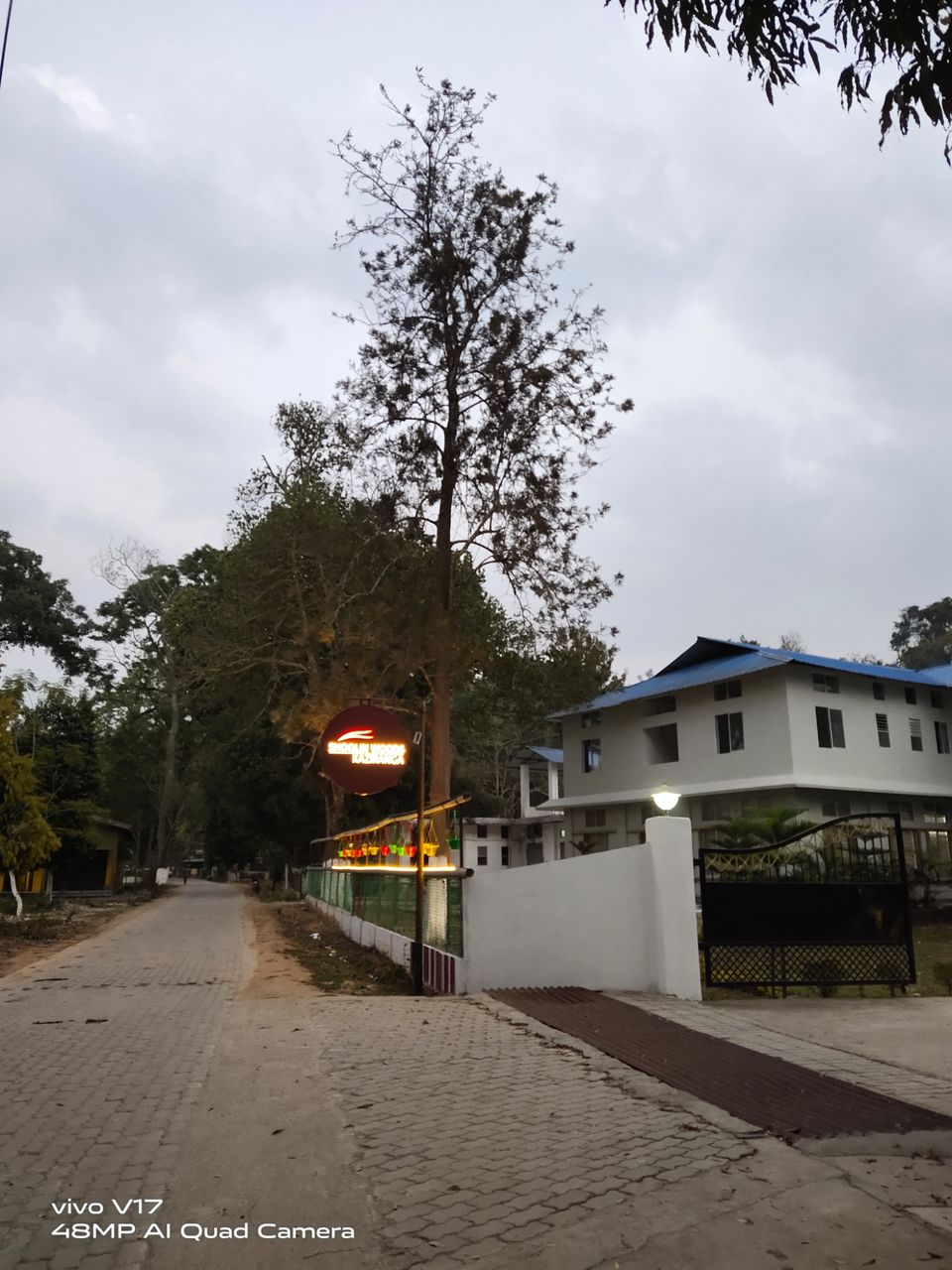 Sitting area near the reception 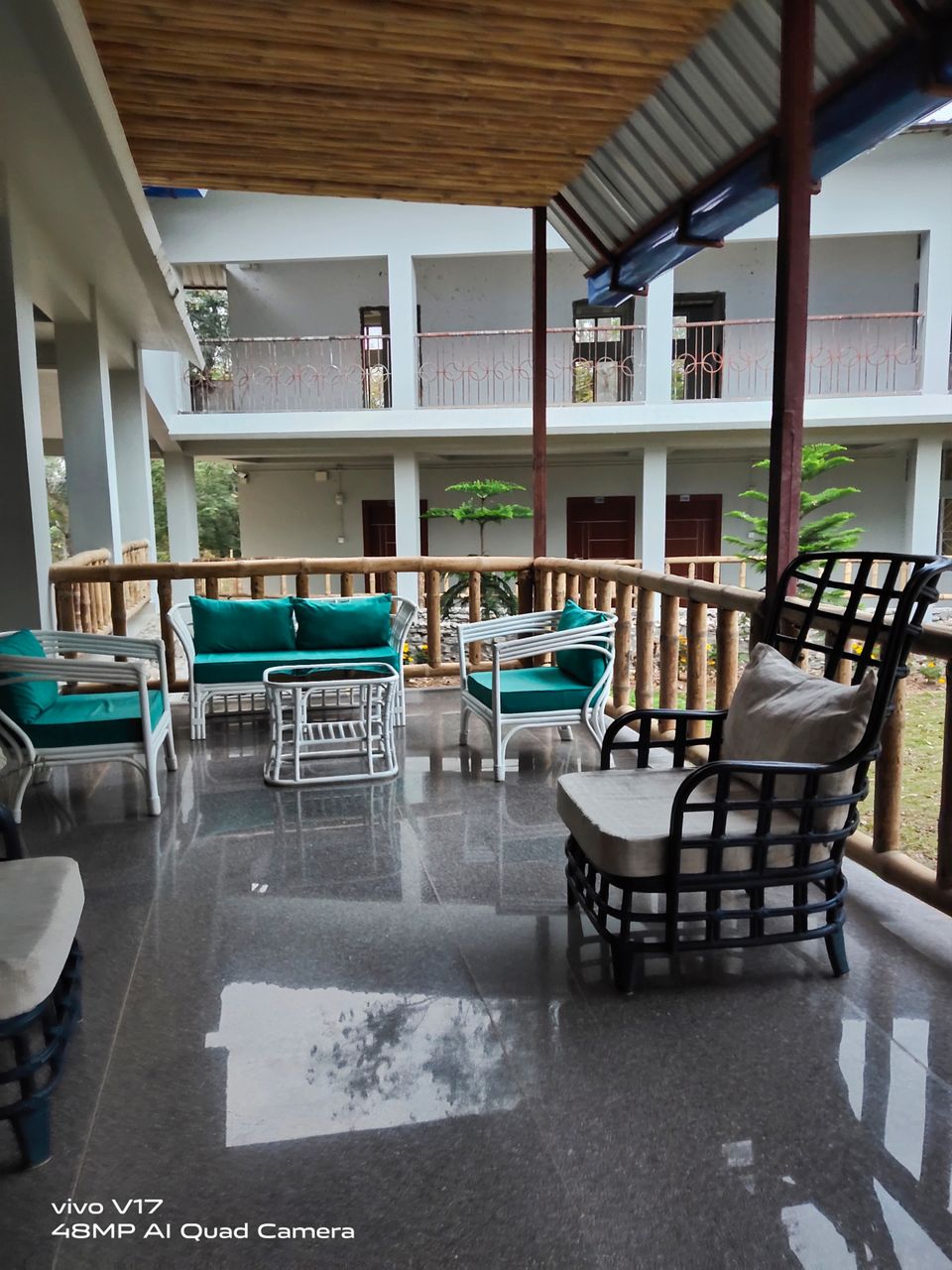 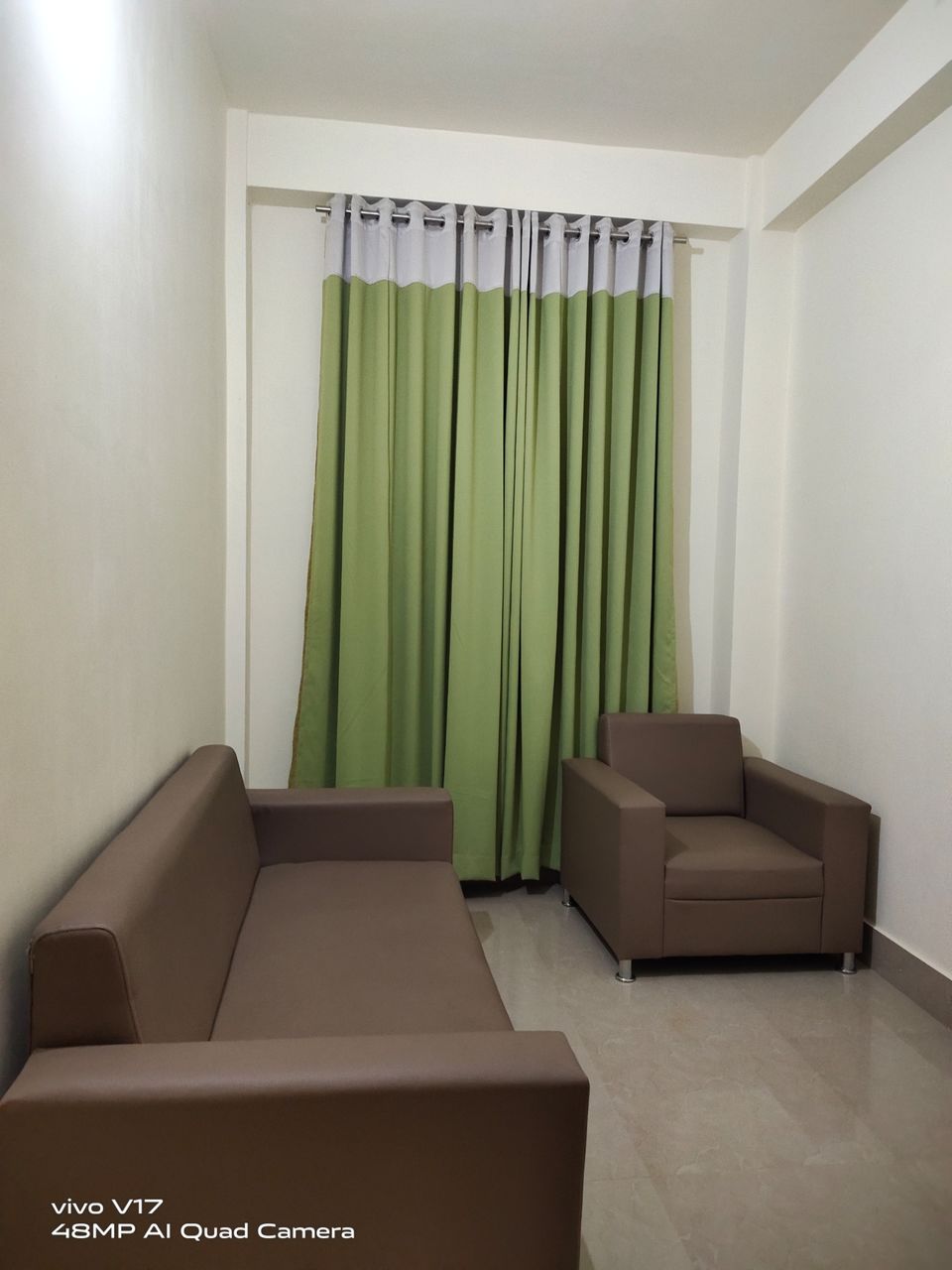 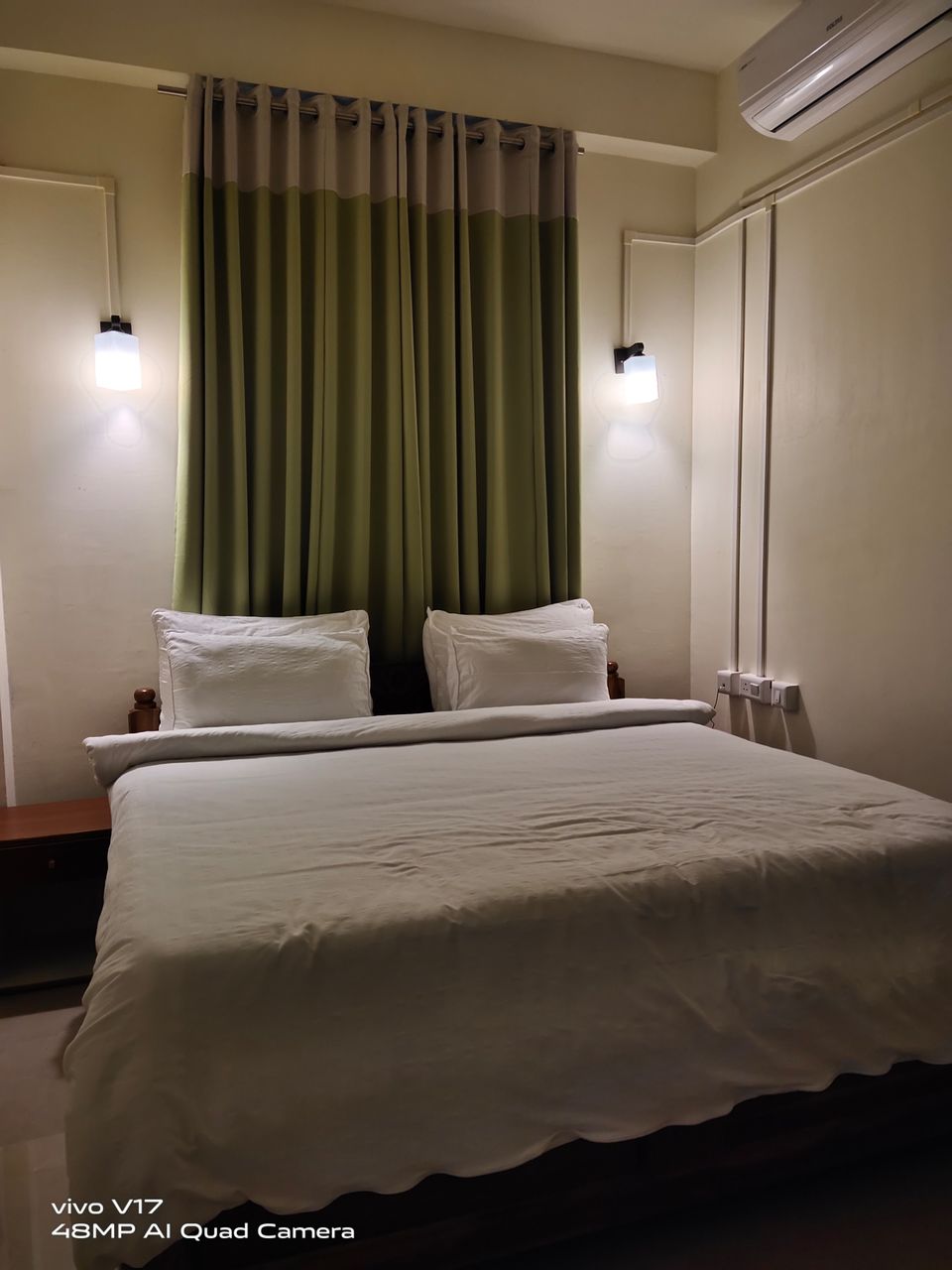 Walking into the woods 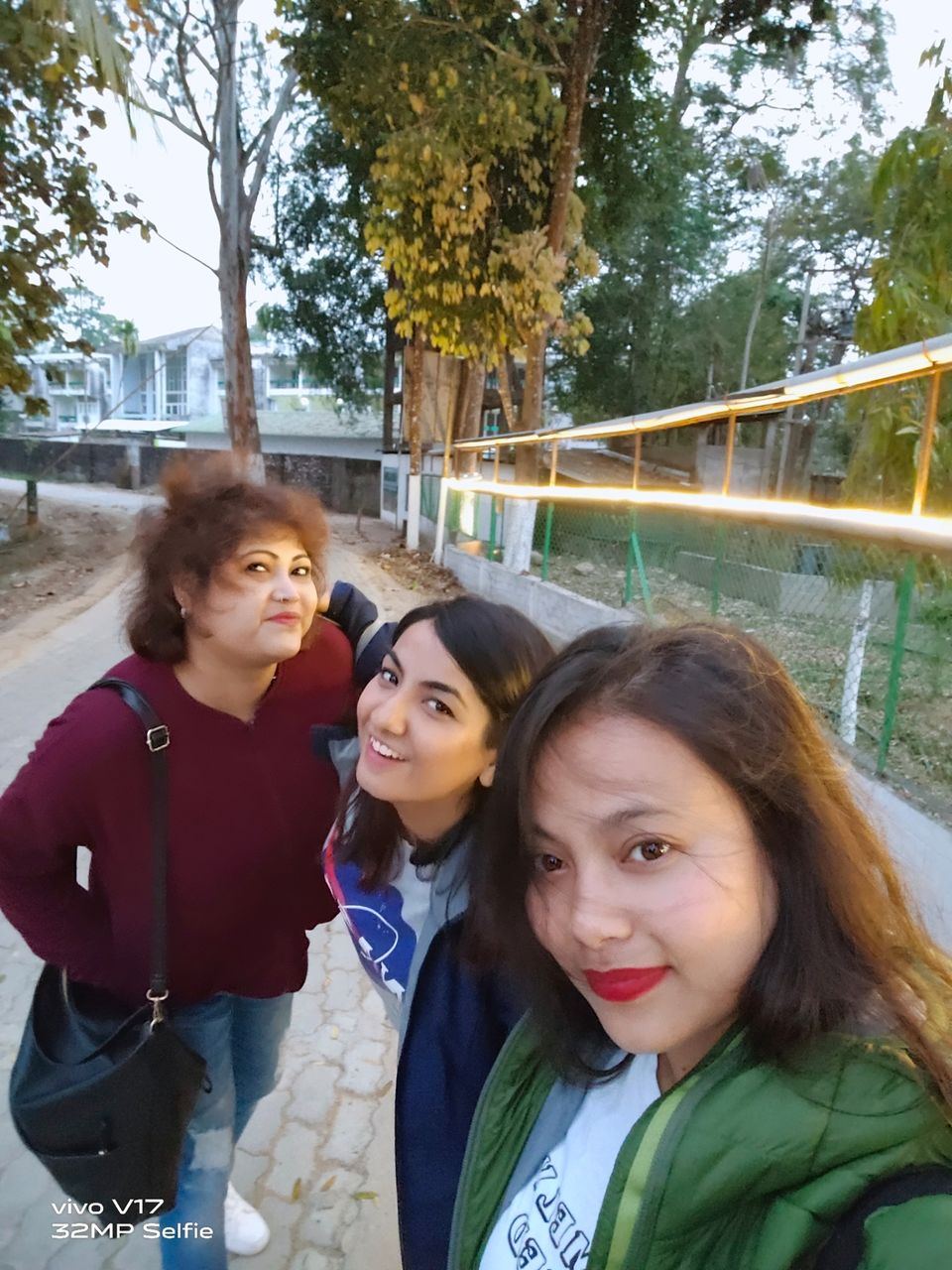 The moon was up 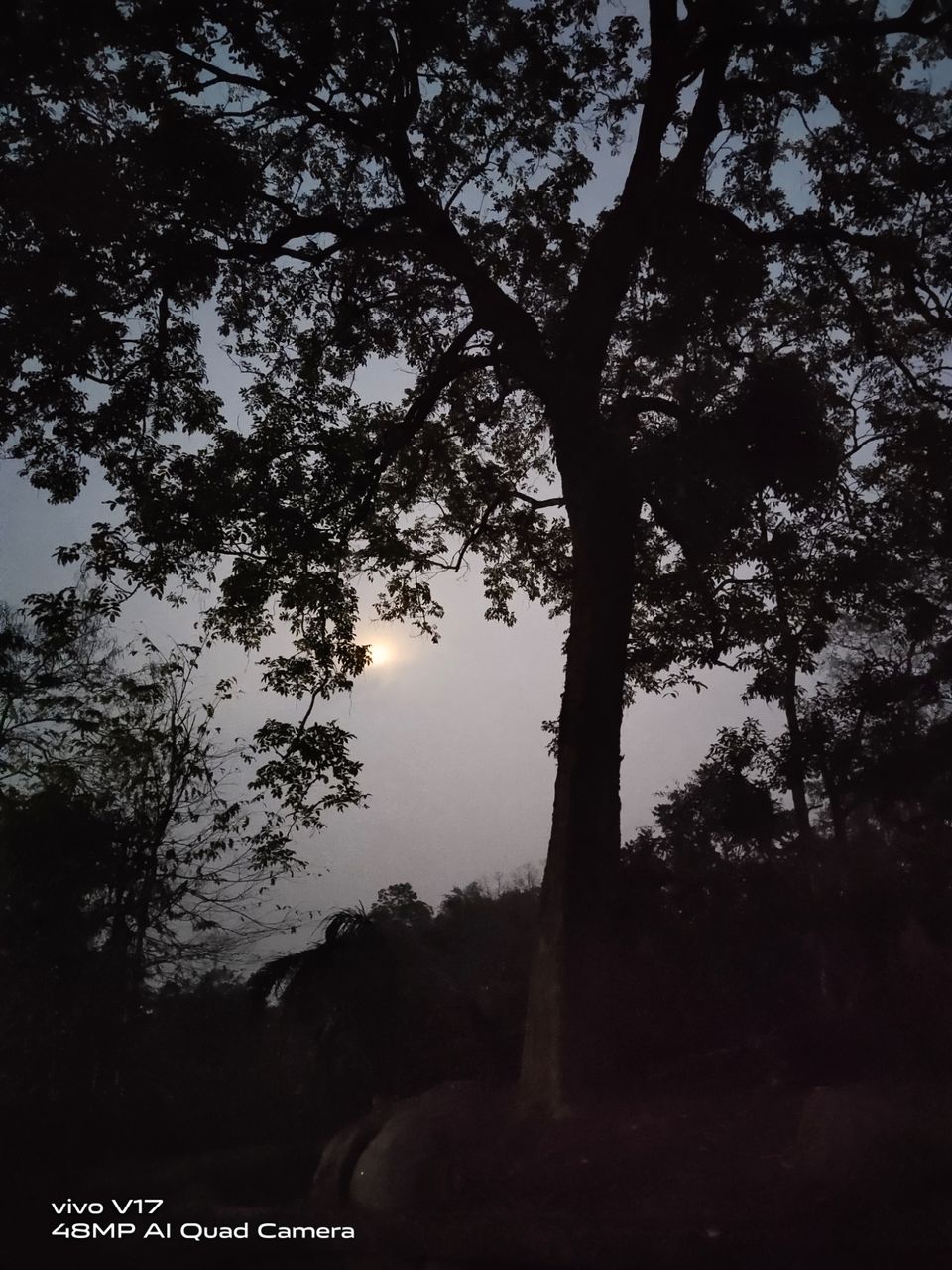 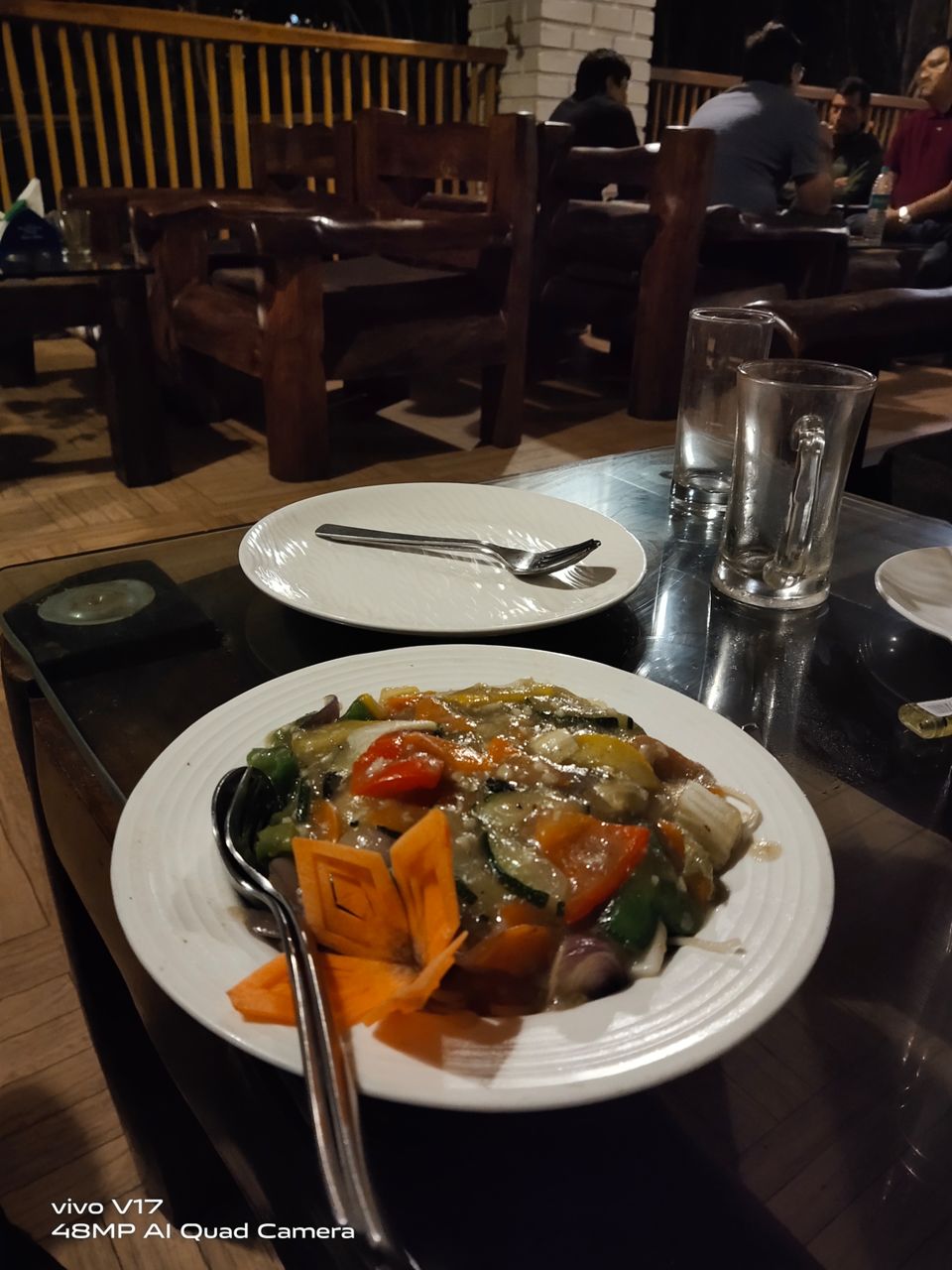 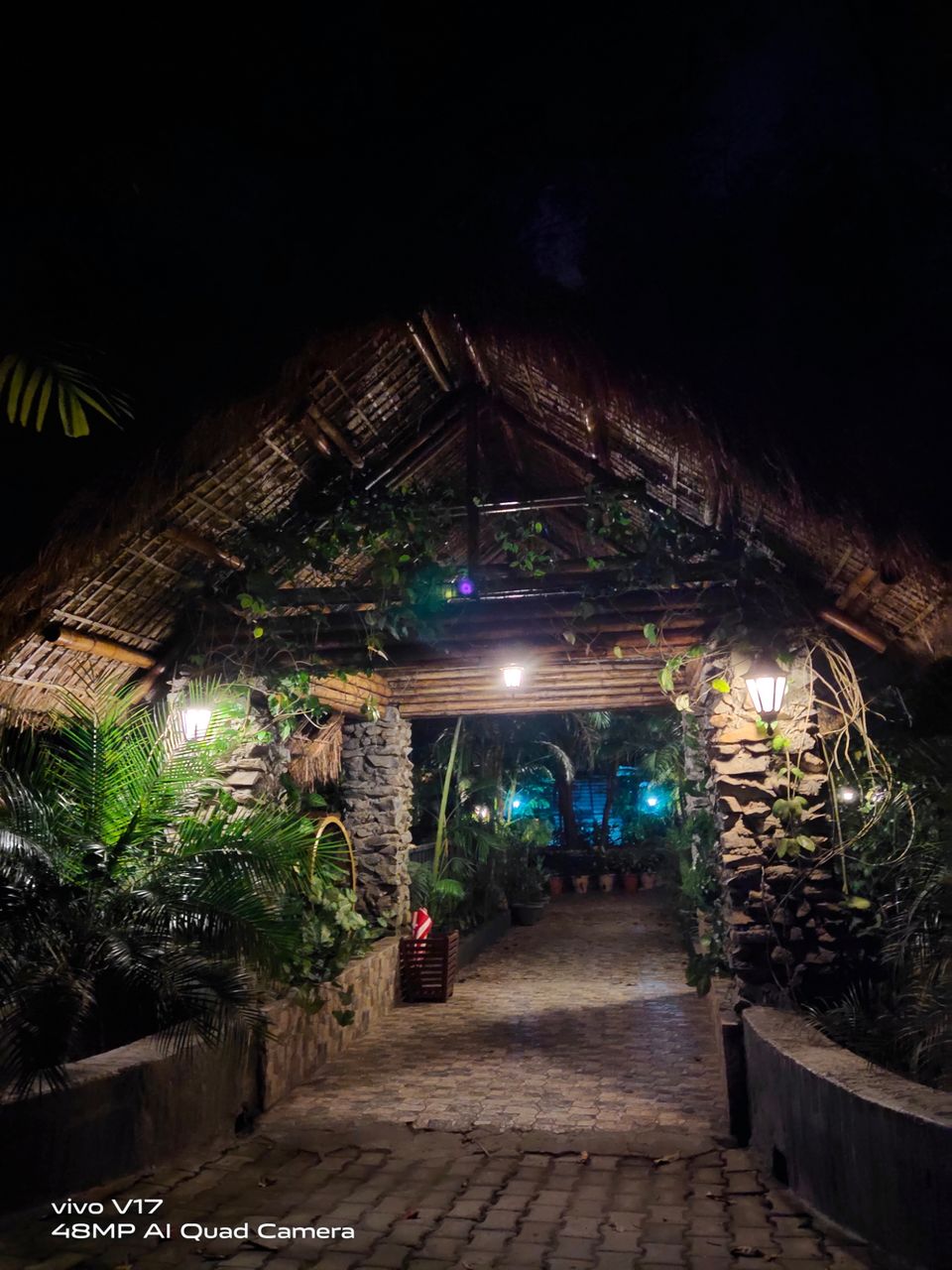 The next morning, we woke up around 6, and went for a walk in the nearby woods. Thereafter we were done with a happy breakfast of fruits, aloo parathas, Kellogg's Chocos and coffee. After our fill, we left for the famous National Orchid & Biodiversity Park. Known as the largest orchid park in the entire north east India, the park has more than 500 varieties of orchids, and diverse species of bamboo and other plants. There's also a medicinal plant garden, and a museum that showcases the rural life in #Assam . Further, it also has a kitchen that serves basic ethnic cuisine, comprising of both vegetarian and non-vegetarian meals. The park also hosts a cultural show, that portrays the different dance forms of the tribes in the state. Not to forget the little cactus garden that is located near to the kitchen. For those, who seem to be tired and exhausted touring the park, can also sip from seasonal fresh fruit juices, served at the counter near the stage. Fresh lemon juice, followed by a huge platter of vegetarian Assamese Thali while watching the ethnic dance forms made us ready for more exploring. We walked around the rock garden and the cactus 🌵 garden, and then decided to leave, since our safari ride would be waiting for us by 1.30 pm. We reached our hotel to find the Jeep waiting for us. Rushing to our room, we picked our jackets, glasses and knick knacks for the ride. We left the hotel for our #Safari at 2 pm. It took us an hour or little more to reach the check point for the central range. There were other tourists jammed in their jeeps waiting for moving into the jungle in groups. Ours was more like the Queens in their special private jeep with the liberty of chaging seats while on the go. An old forest guard armed with an almost antique like gun was waiting at the check post to see if he could get a ride with any of the tourists to his check post inside the sanctuary. Ours being the only one with ample empty seats, we decided to give him the ride. Moreover we hoped for some stories from him as well. With prayers of spotting a tiger 🐅 we went deeper into the sanctuary, but all that we could spot were the rhinos 🦏 and deer 🦌. The monkeys and the birds were there too. We dropped the guard somewhere in the middle of the jungle with a little clearing which seemed more like a possible route taken by guards like him. He was actually returning back to work after a week's holiday. And from there he would walk till his check point. We didn't wait any further and kept on with our ride. Though we didn't spot a single paw print of a tiger, we were however too happy and excited about the whole experience of the ride into the jungle. Finally after about two hours of riding through the central range of the sanctuary, the setting sun and the birds reminded us to return home.  We then returned back with the evening darkness to our hotel room. It was indeed a fun day for us. Right from the walk in the morning till watching a rhino taking a dip in the river, and the screeching monkeys by the hotel, it was an absolutely fantastic day for us. Since the next day we would be returning back to Guwahati, we decided to spend the evening at the hotel. After freshening up, we enjoyed our tea and snacks. And later another happy dinner at the hotel restaurant. We were very glad that though a last minute decision, and amidst such a pandemic situation, we could make this memorable fun trip. 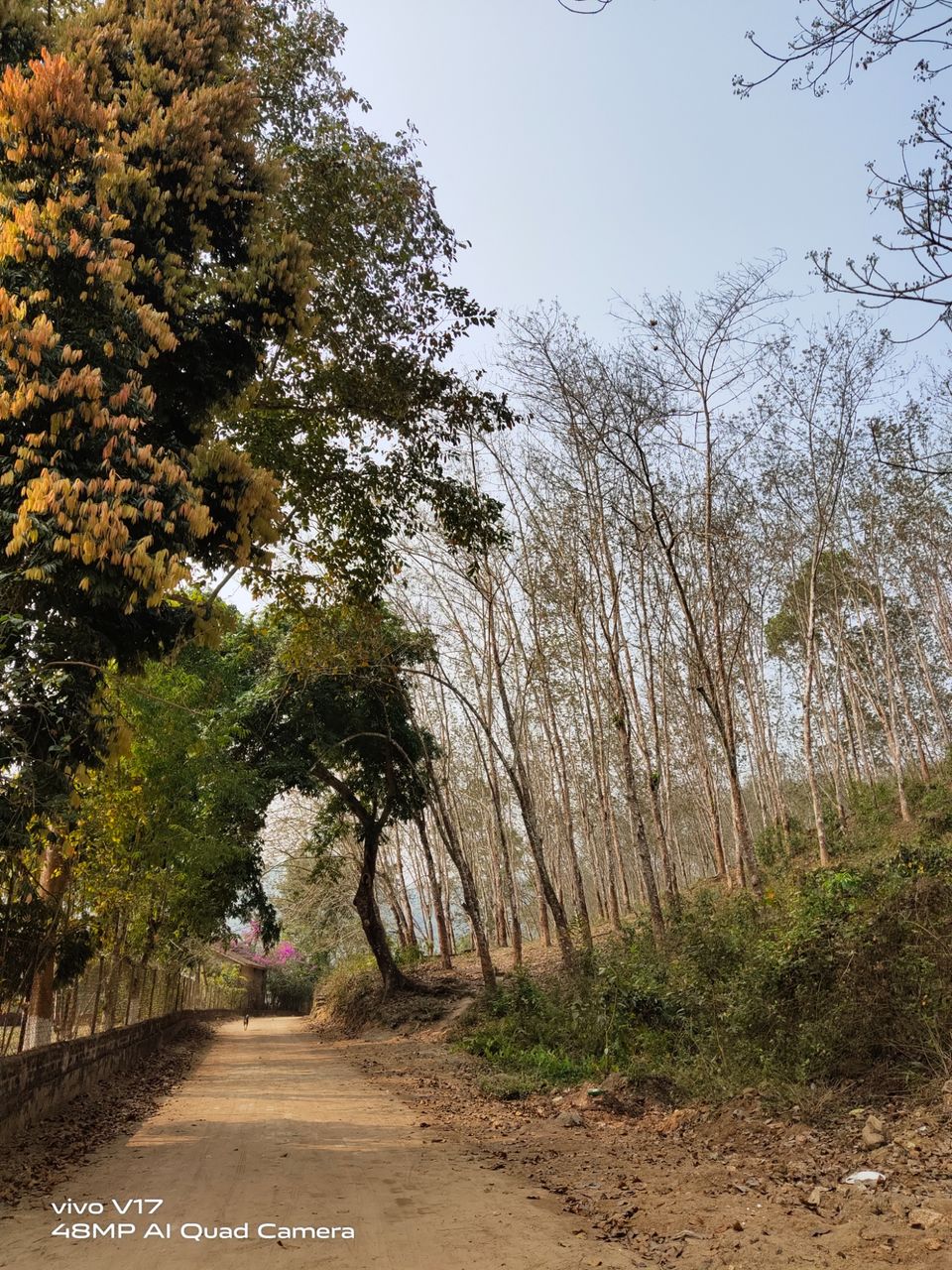 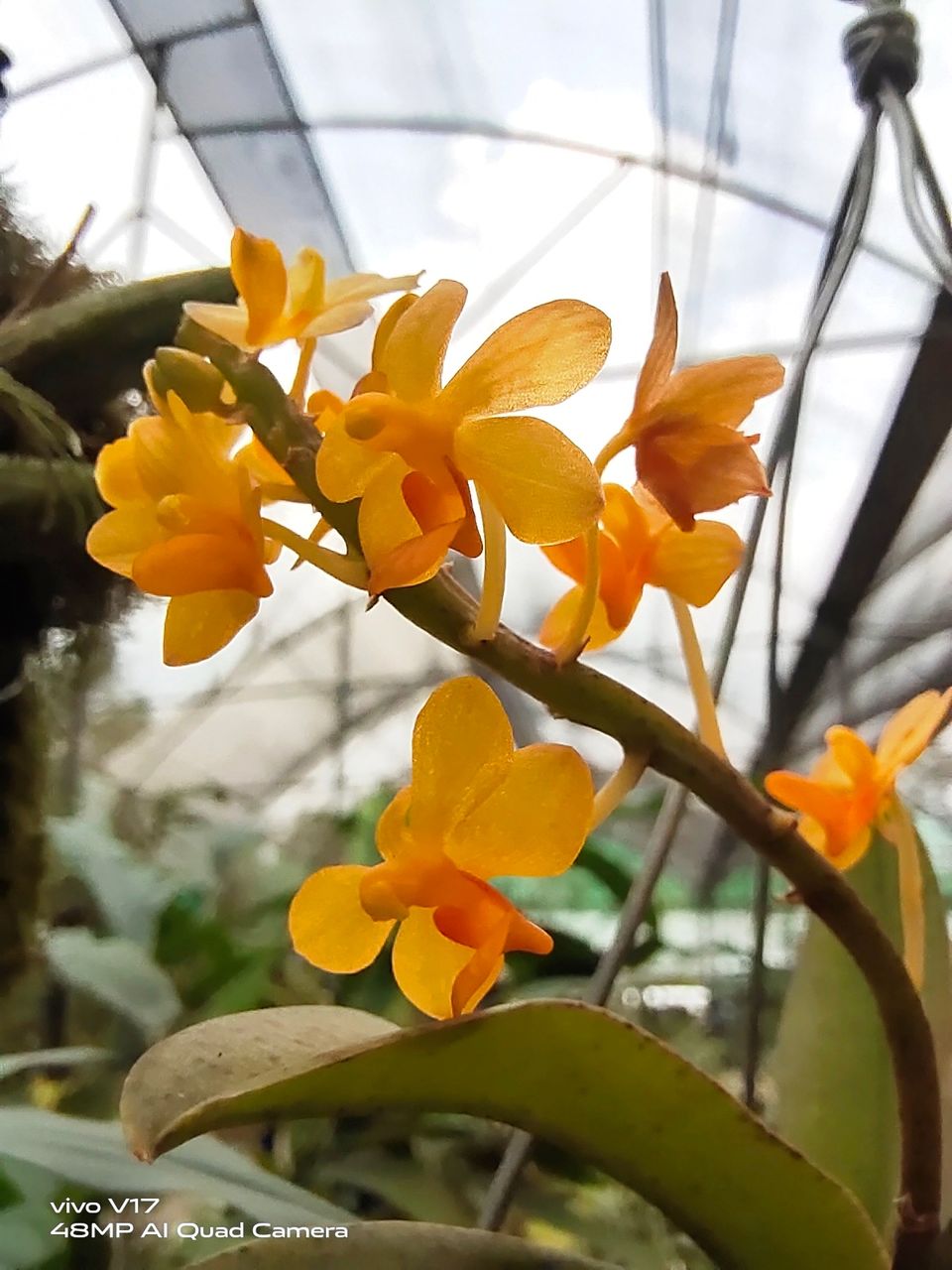 Wide variety of orchids in bloom😍 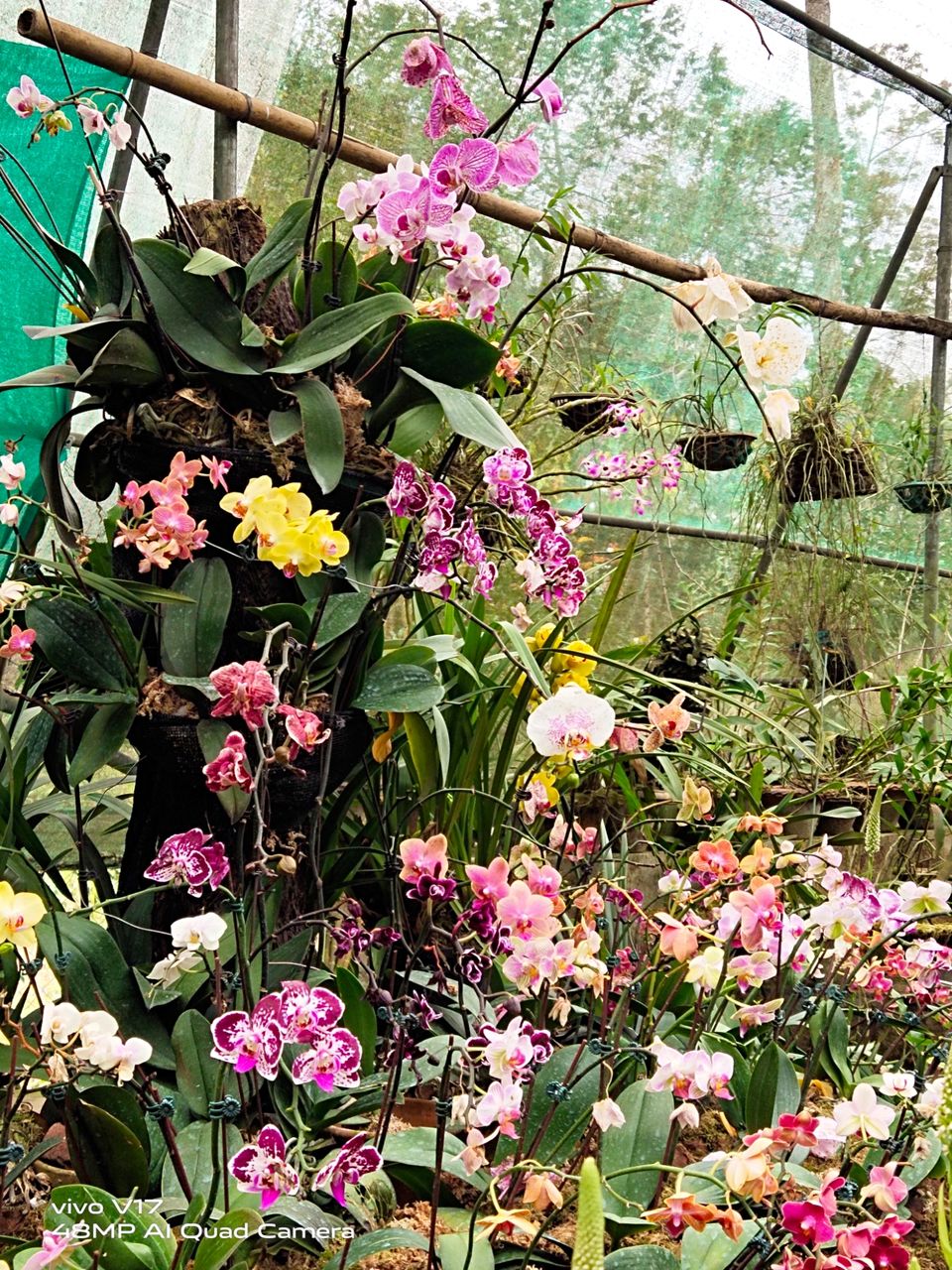 Posed for a group-fie inside the orchid park! 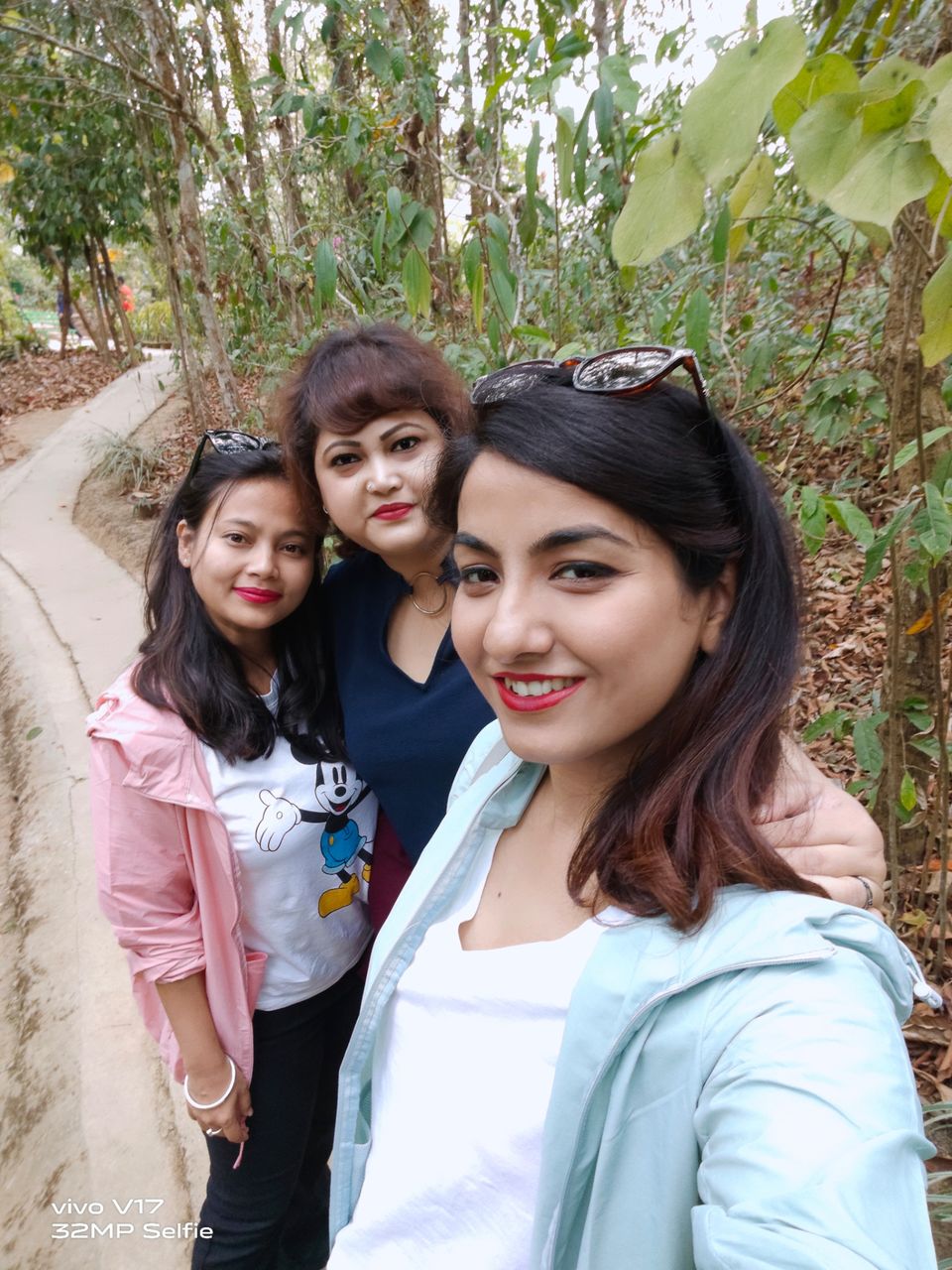 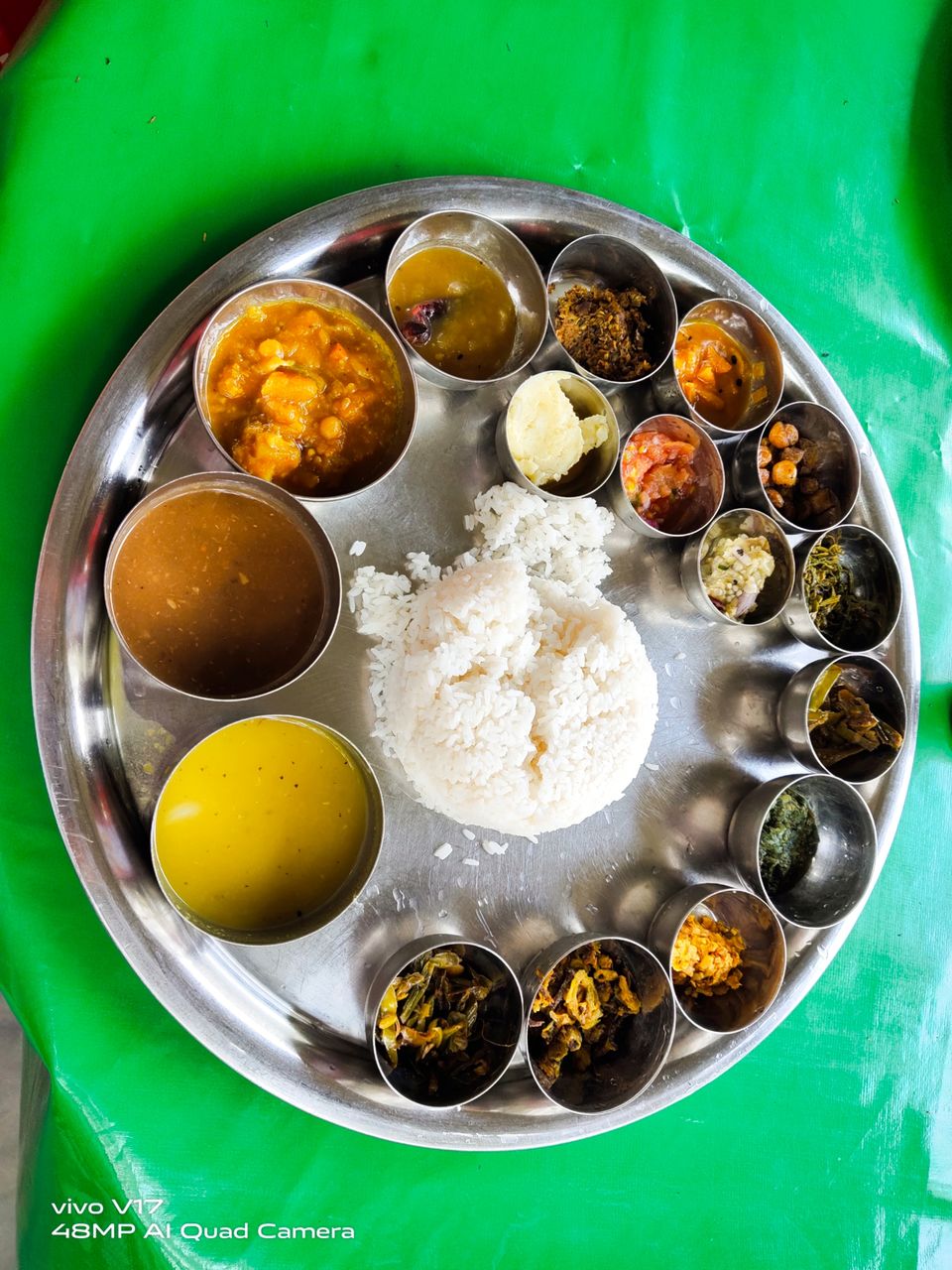 Walking through the rocky garden 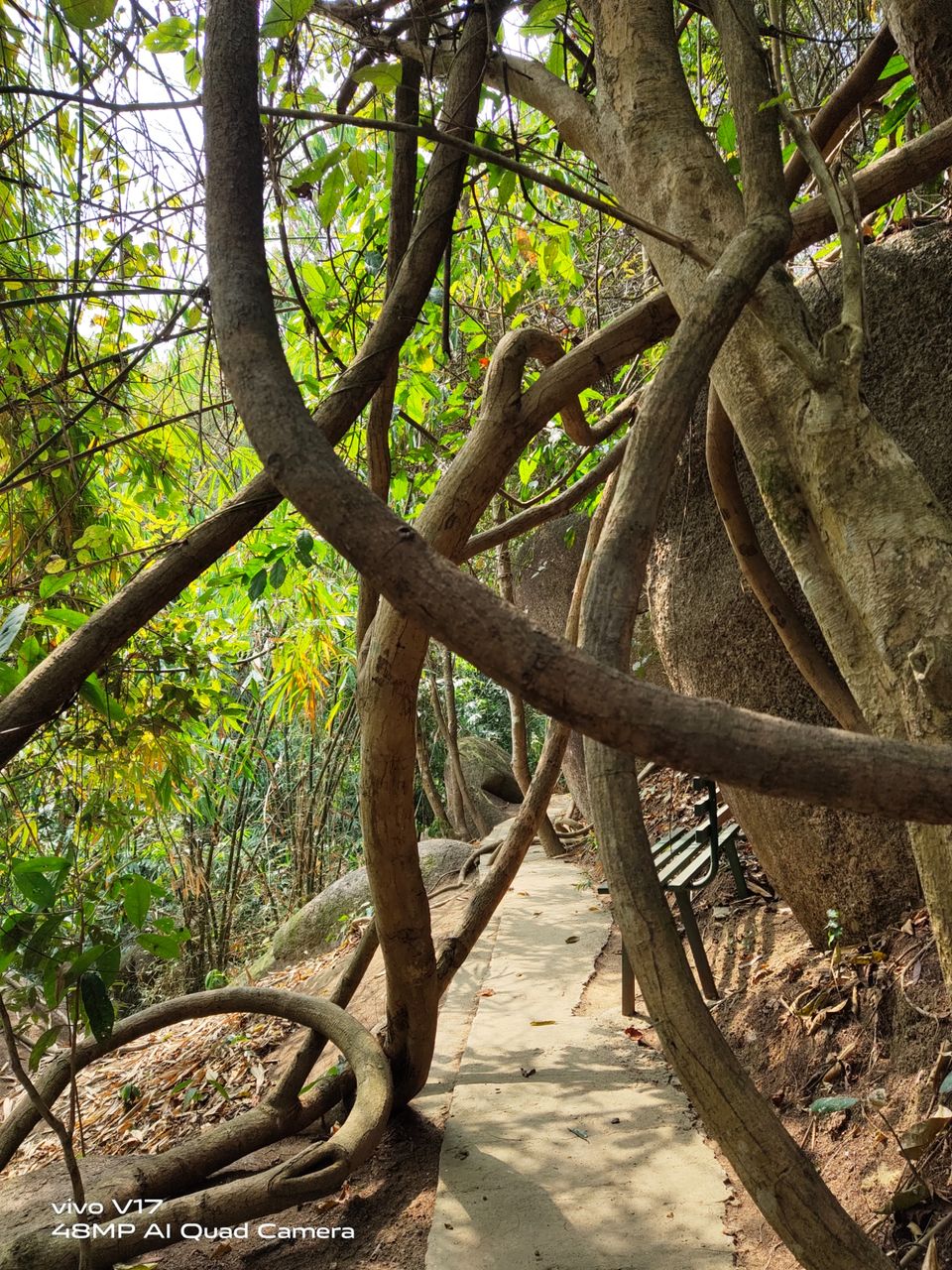 Partial view of the cactus garden 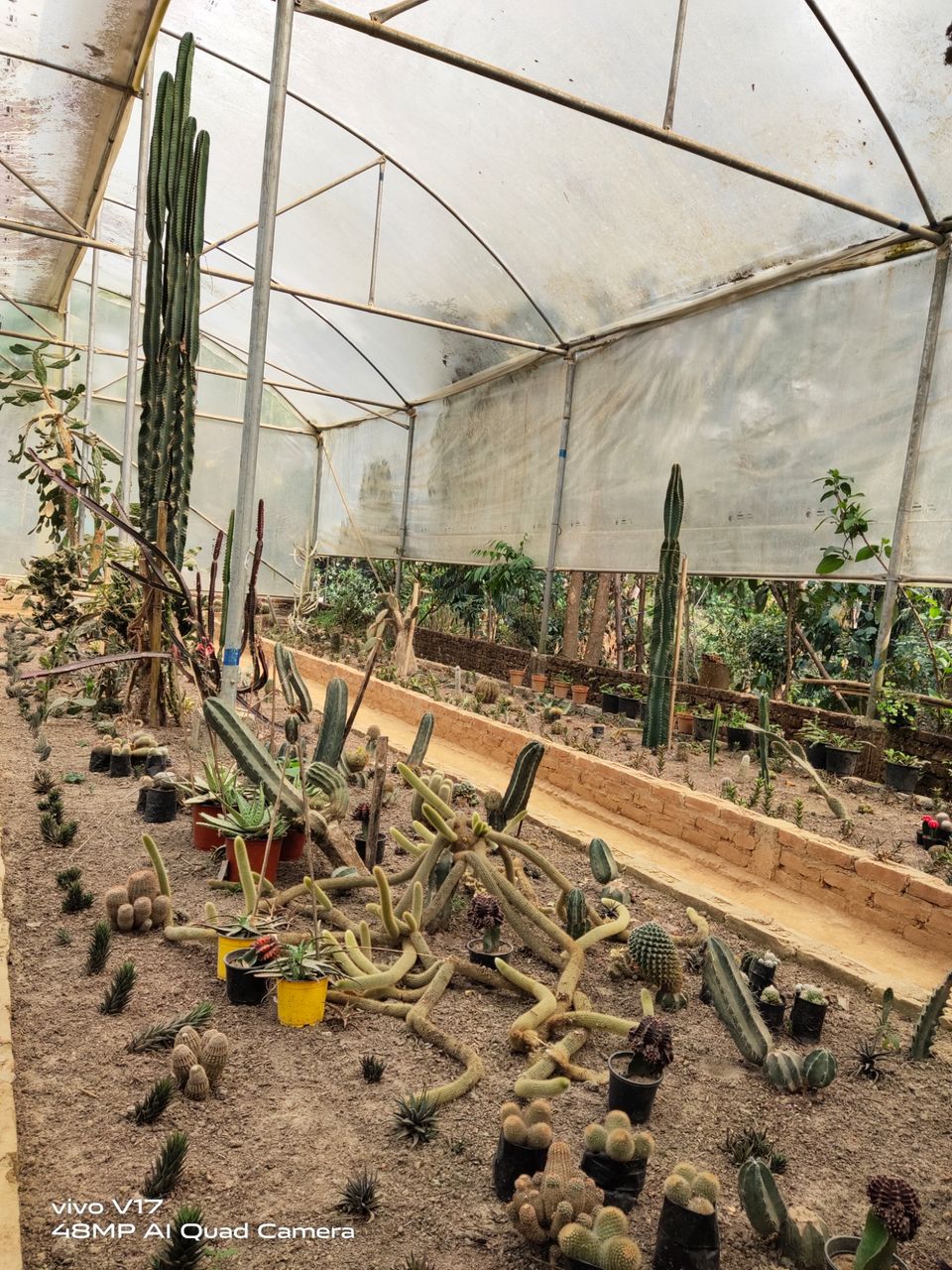 Spotted these deer at the sanctuary 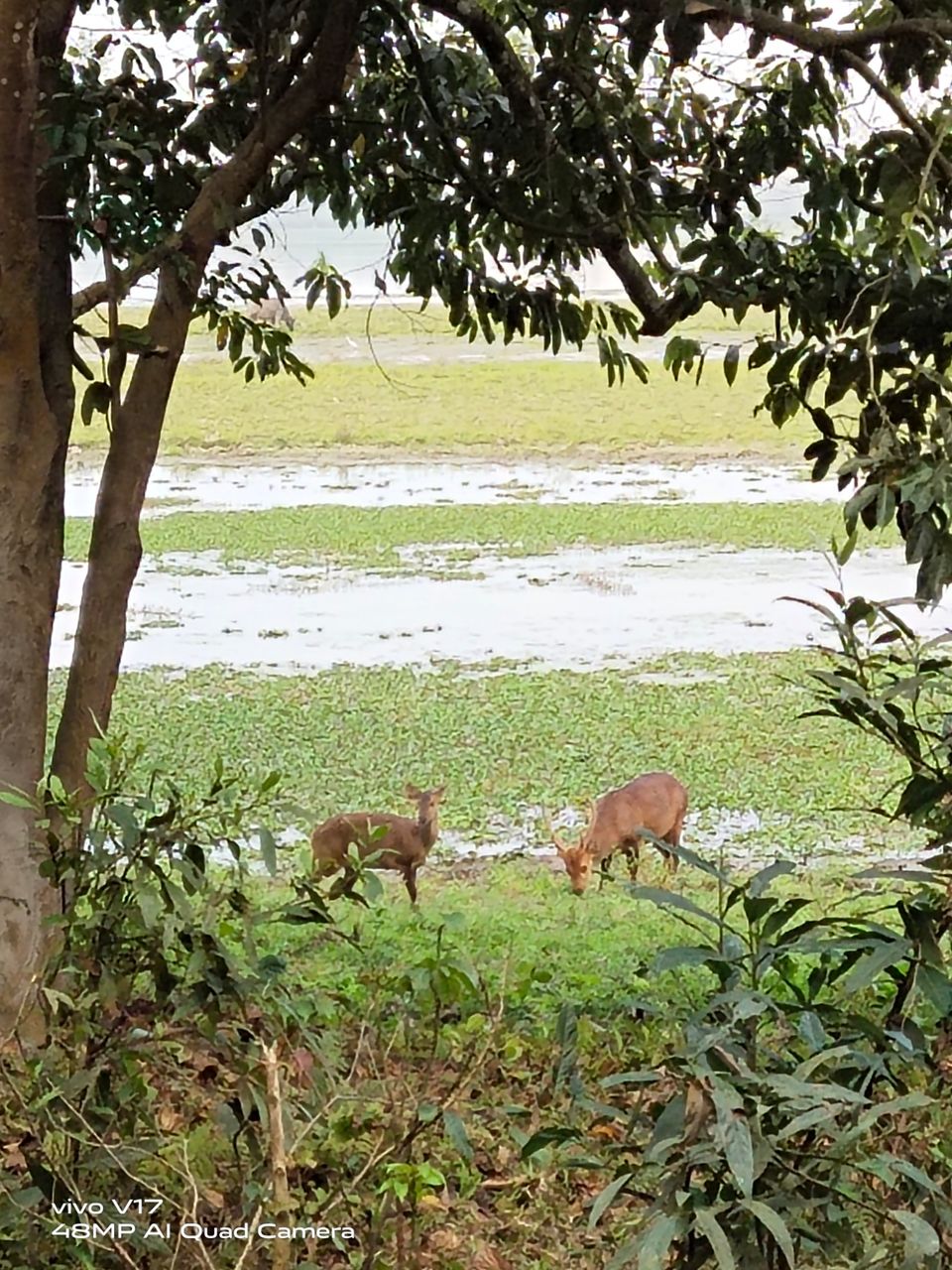 The pride of Assam: one-horned rhino 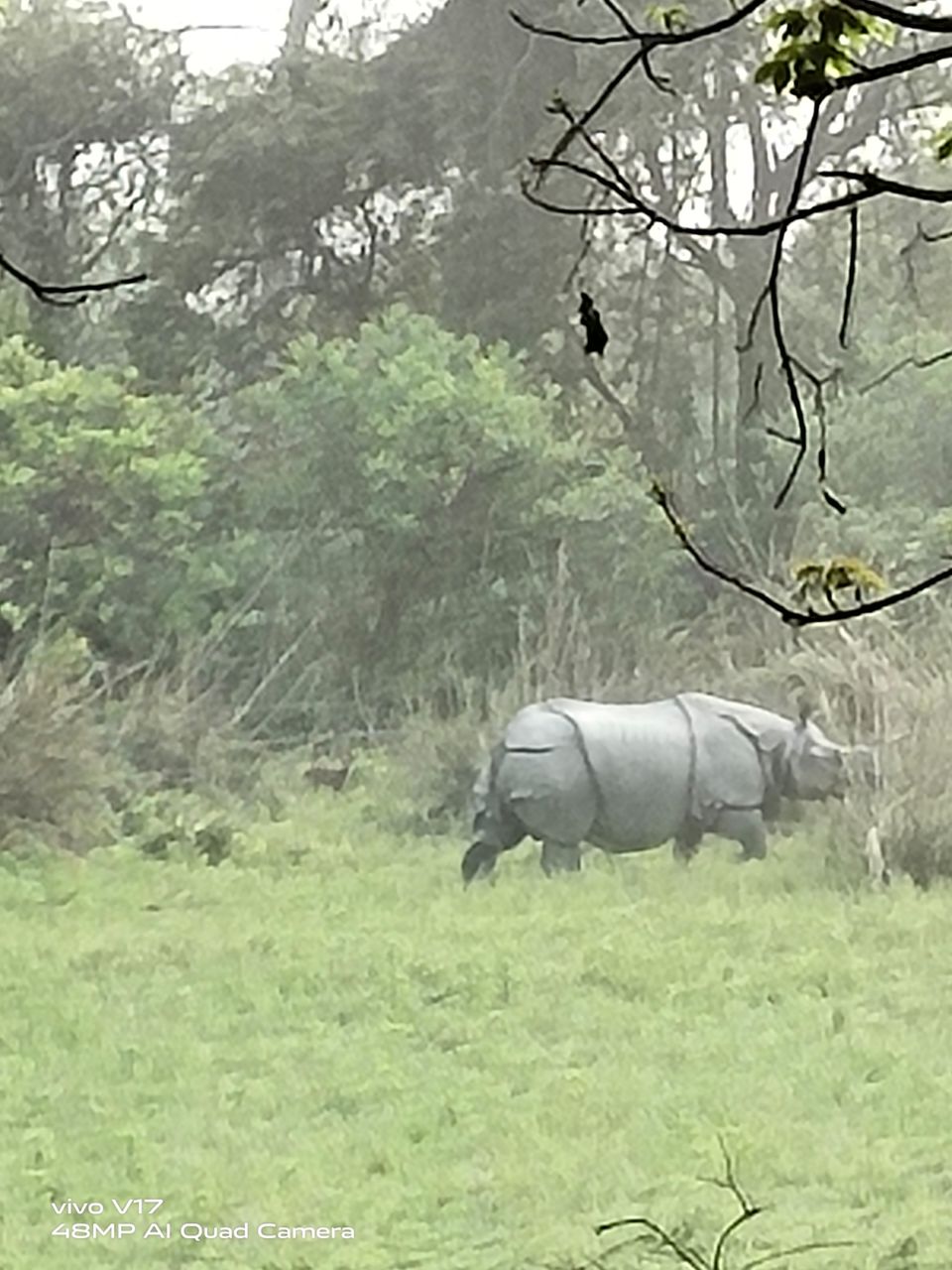 By the banks of the mighty Brahmaputra 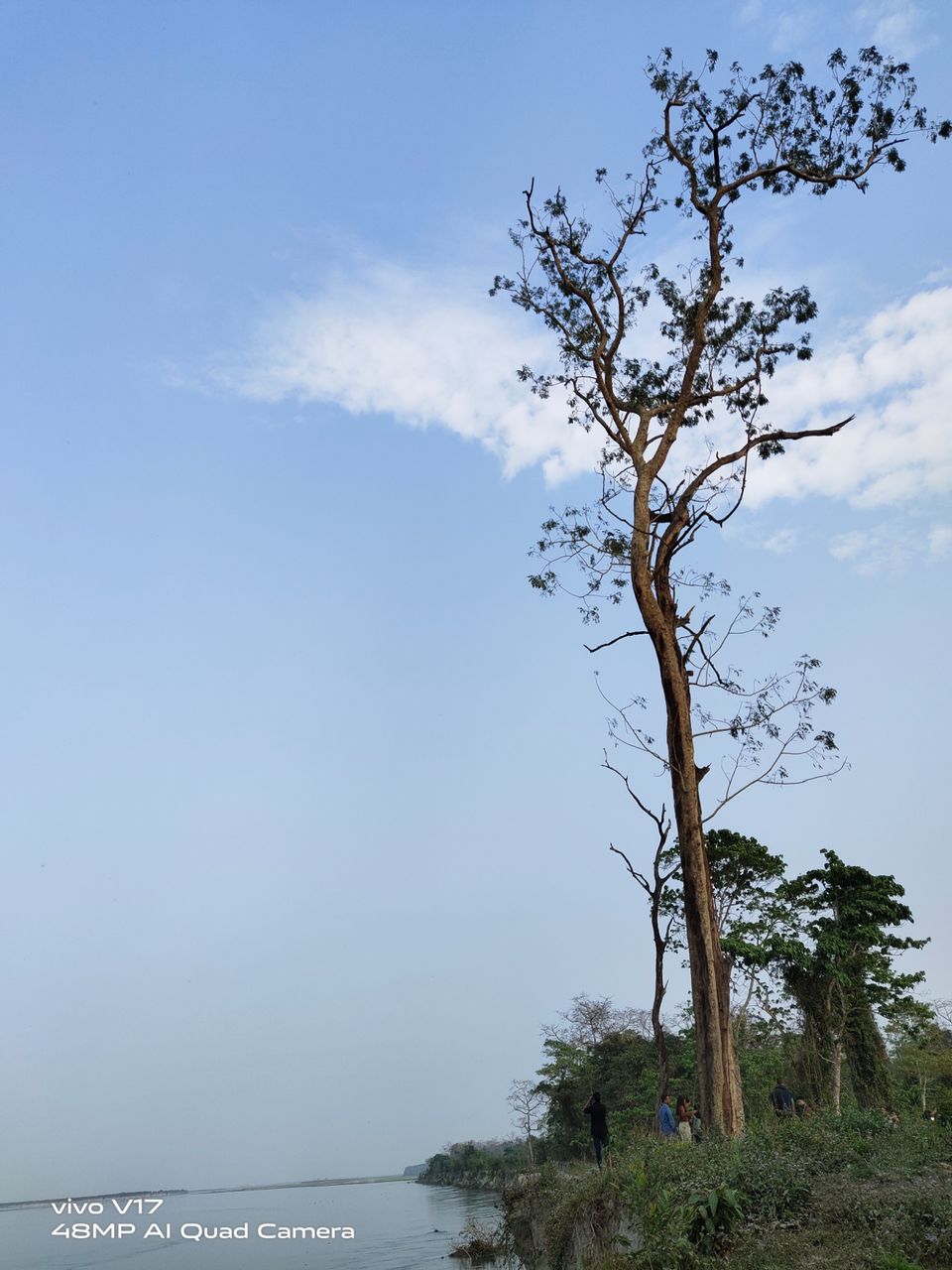 On the third day, we got ready after breakfast, and left around 1030 am for our return trip back home. Our return trip was more or less like a 'make up for the lost sleep' and 'save the memories sleep' kind of. We did talk while returning, but we were tired and sleepy too. And a littel sad that our happy trip was ending. Never the less, we were determined to go for another road trip very soon within our state boundaries. With gratitude in our hearts for the trip, we reached home city Guwahati by 5pm, safe and sound!