After exploring Kolkata like a tourist, it was time to look a bit closer, get on my feet and see what the locals were busy with! So I booked a walking tour with a guide that promised a peek into the multi-cultural kaleidoscope of the city. Even though it was super early in the morning (6:30 AM or so), I found two friends to come with me! It was a wise decision to start early, else you would only be jostling for space instead of enjoying the walk!

So, off we started from the part of Kolkata which had a Buddhist monastery. It was tranquil and had an early morning worshiper.

Taking the blessings of Buddha 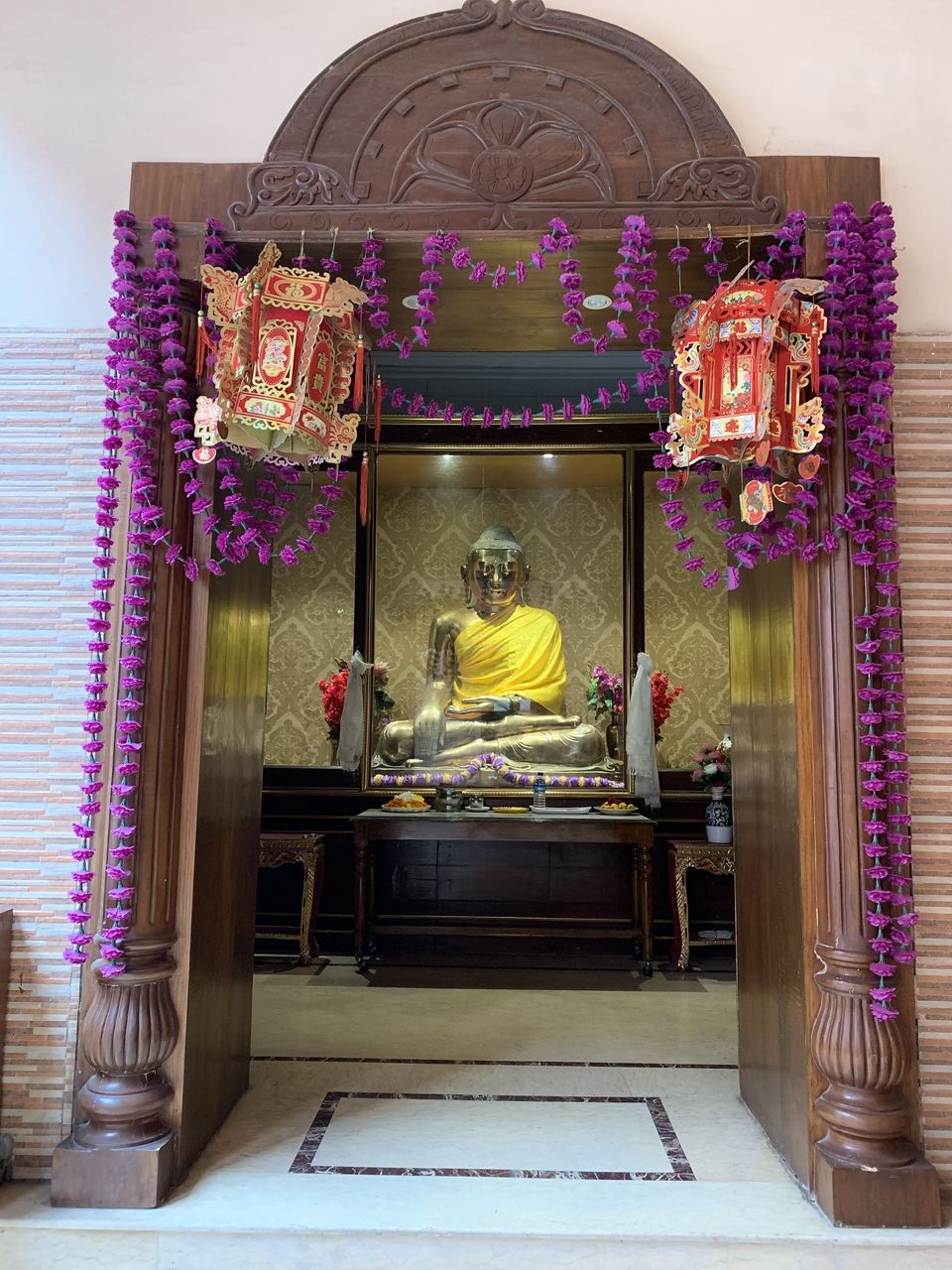 Moved on from there to the next part which has a big part of the Christian populace of Kolkata.

A humble abode for Mary 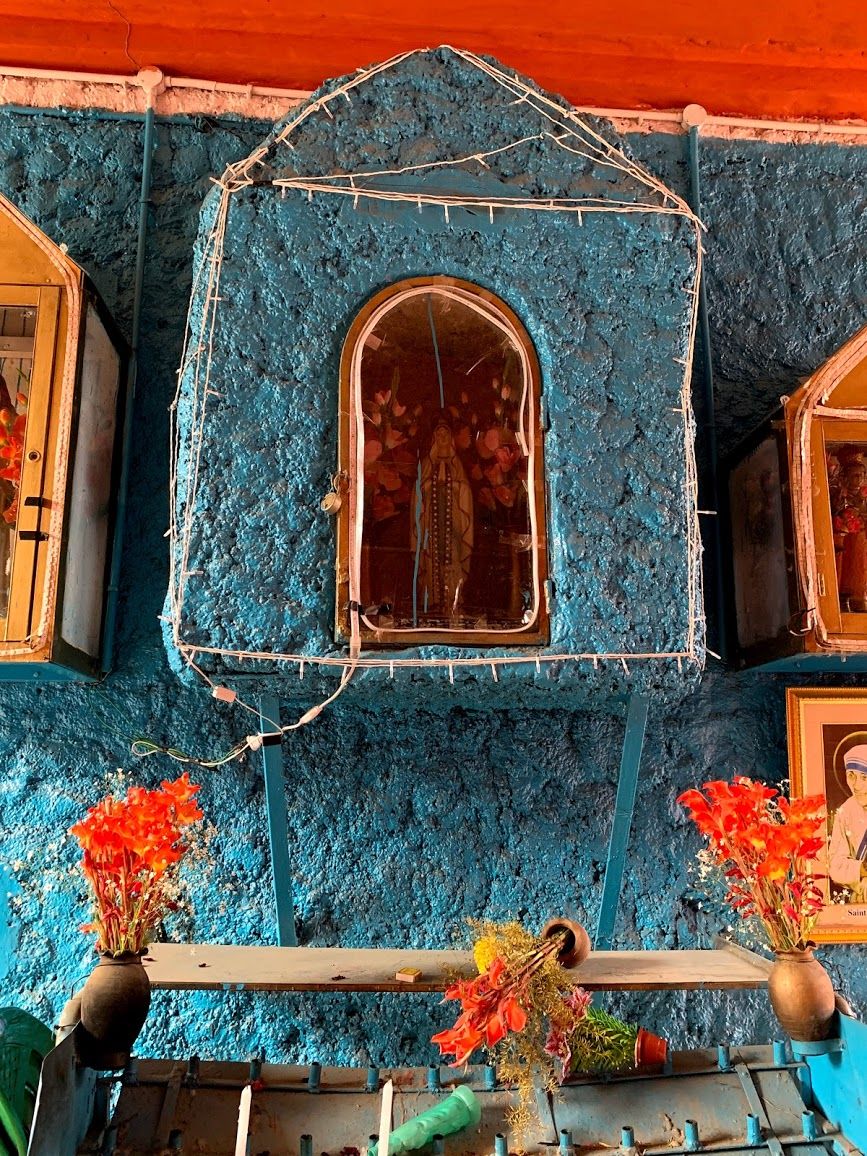 Then we moved forward towards the place of worship that doesn't have any religion - a place to get tea and fresh bread! 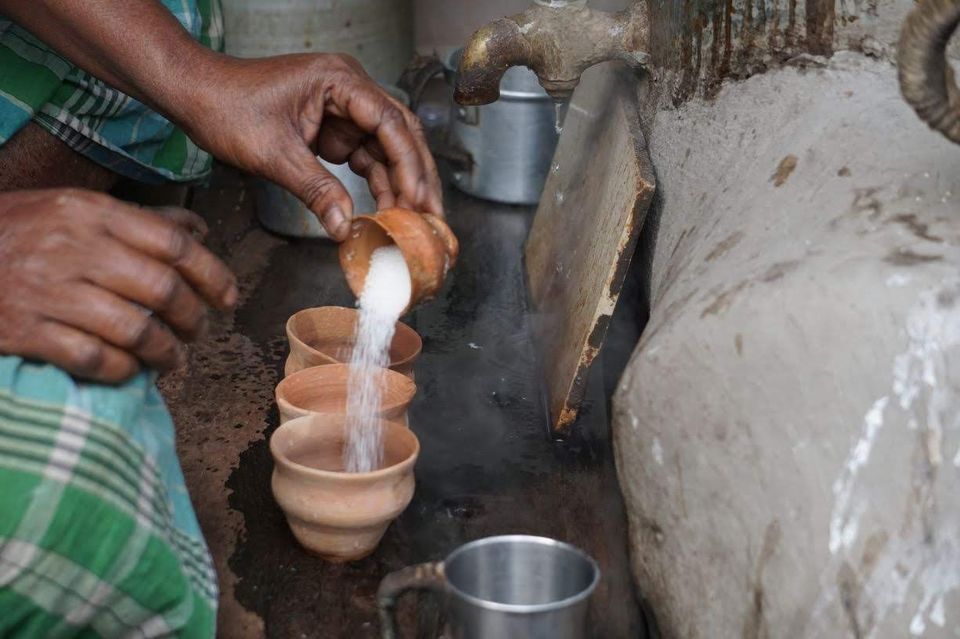 The Fresh Rotis out of the Tandoor 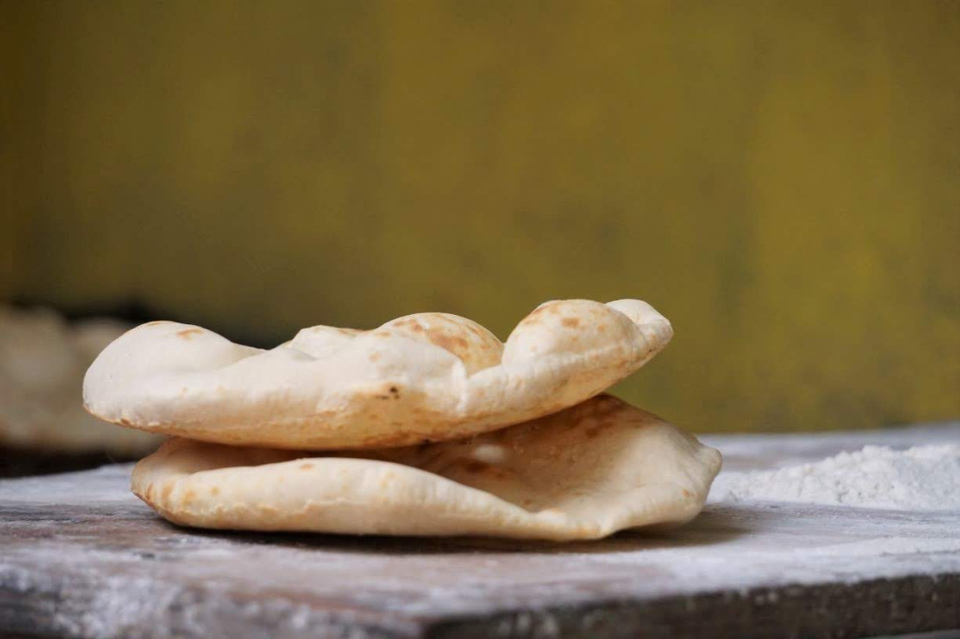 We had a few things there and then moved further.

Came across Ahura Mazda, far away from Persia, there in the Zoroastrian temple Kolkata! I only knew of the Parsis living in Mumbai. So it was a pleasant surprise to find out that a few lived in Kolkata too!

Ahura Mazda at the Zoroastrian Temple 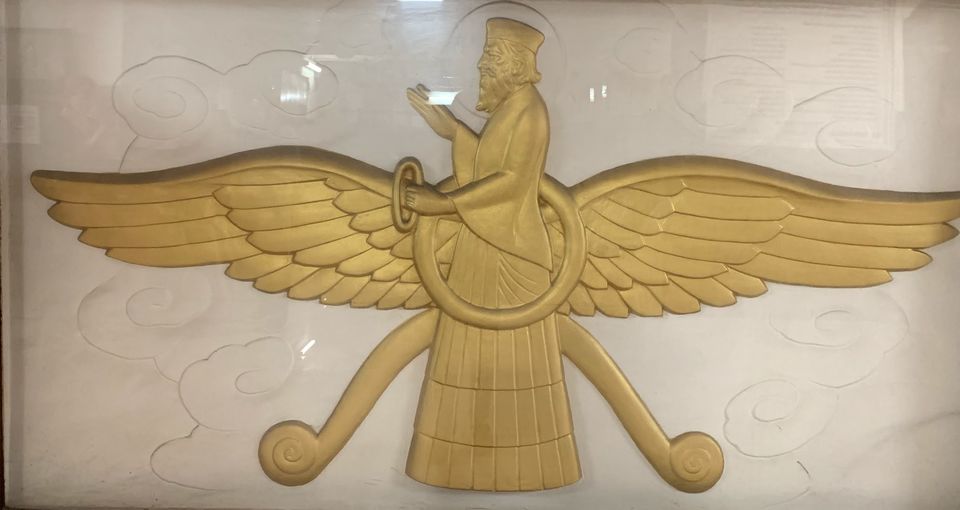 Then we moved on towards China Town - probably the only place in India where we have one! The people here are descendants of the Chinese people who came here for trade in the 19th century and decided to settle here. Thus, came by the amalgamation of the Indian and Chinese cultures. Today we have a big cuisine that is loved across the length and breadth of India - the Indo-Chinese which you would find all over the country, that surely tastes very different from the original Chinese - but of course, we Indians call it "Chinese" :-). 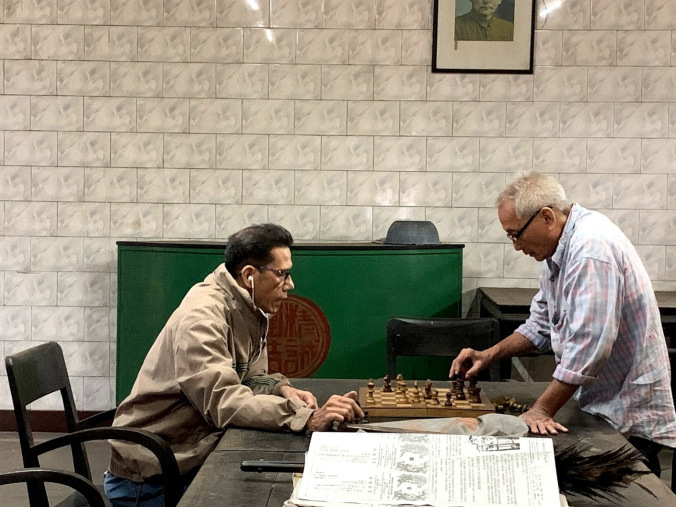 We saw some churches from the British times, from far away but the time for visiting them was already over, our tour having extended beyond the scheduled time. So finally, we ended it at a beautiful synagogue. There are probably 5 synagogues in Kolkata, but only 20 Jewish people! There were around 5000 of them before 1947 but then they left for Israel when it was formed. Today this synagogue is maintained by a Muslim family. We went inside this one, while having seen two others from outside. 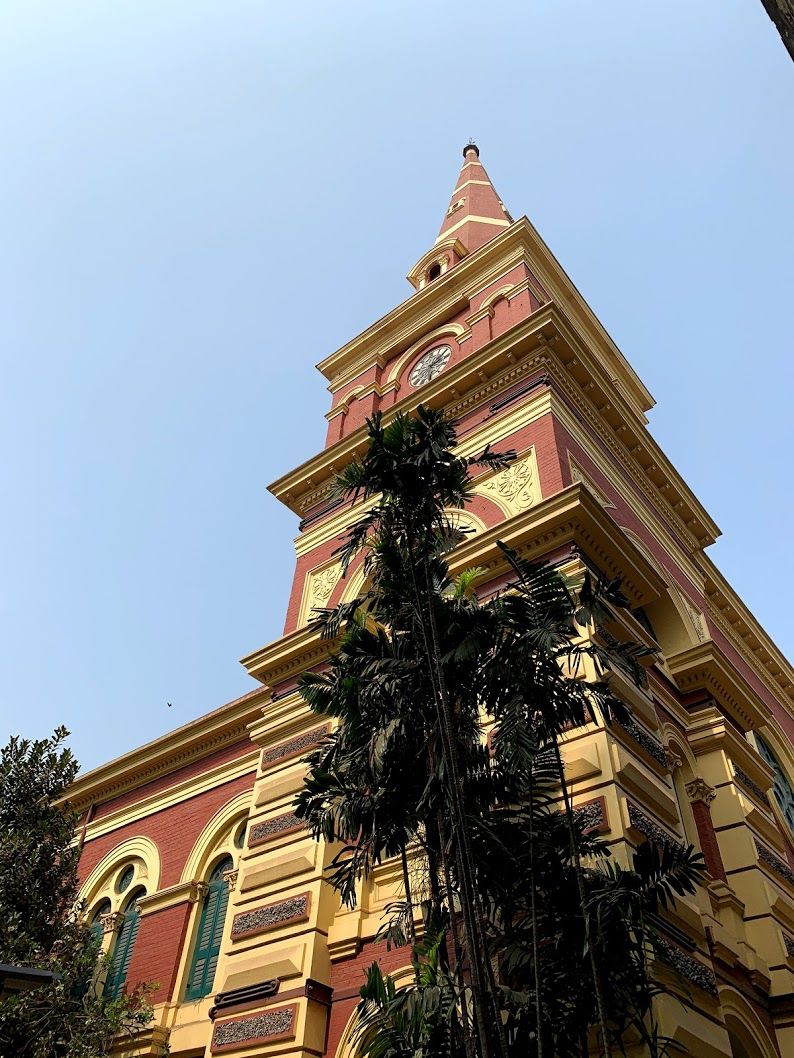 On the way, we also kept fueling ourselves with the roadside delicacies - unusual fruits, coconut water, freshly roasted peanuts, freshly made namkeens, the famous jhal-muri and then the best treat - the sweets of Kolkata without which no trip is complete!

And thus came an end to our walk which started when the city was just waking up and ended when the complete hustle and bustle had set in for the day! A few other pics that I took on the way which made me feel more immersed in the everyday lives of the people of Kolkata:

The Goats ready to be milked, being taken to the milk buyer's home! 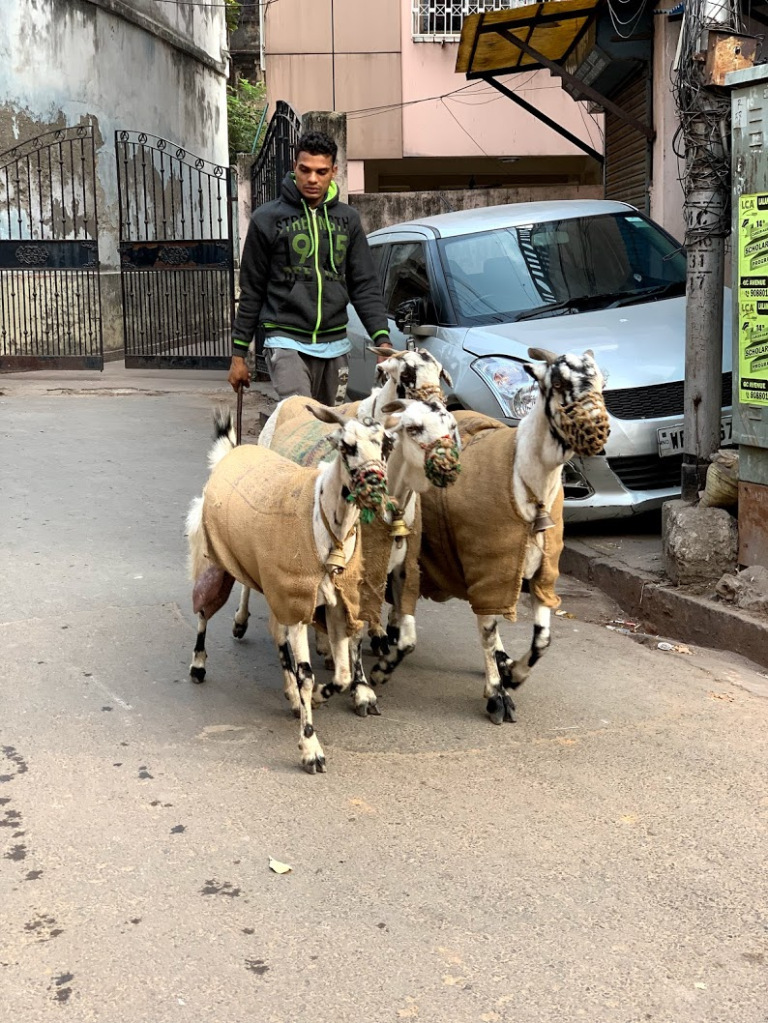 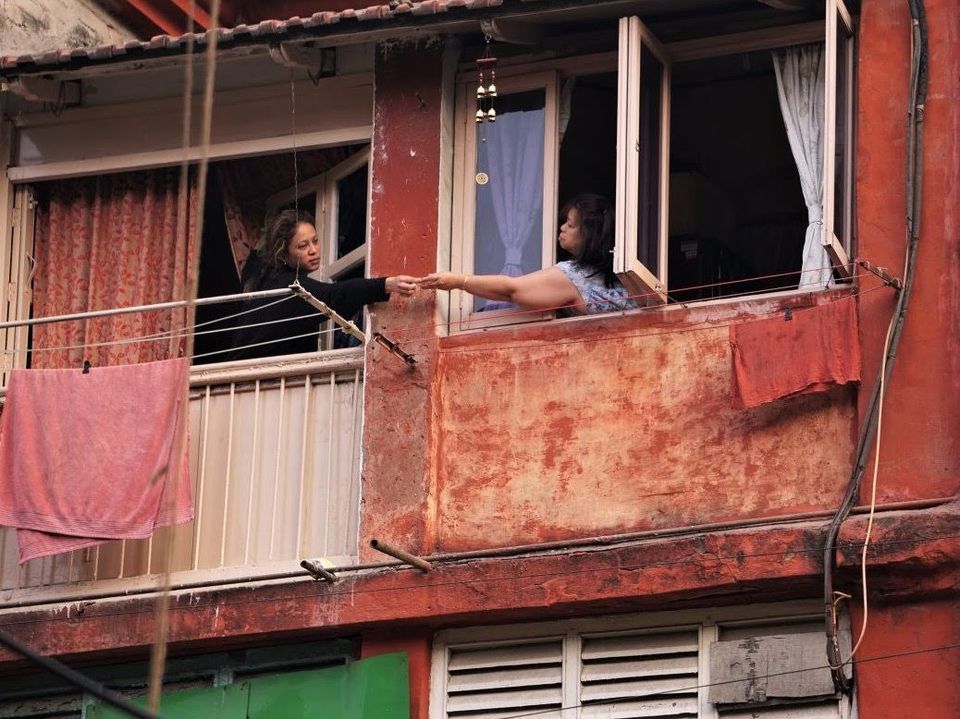 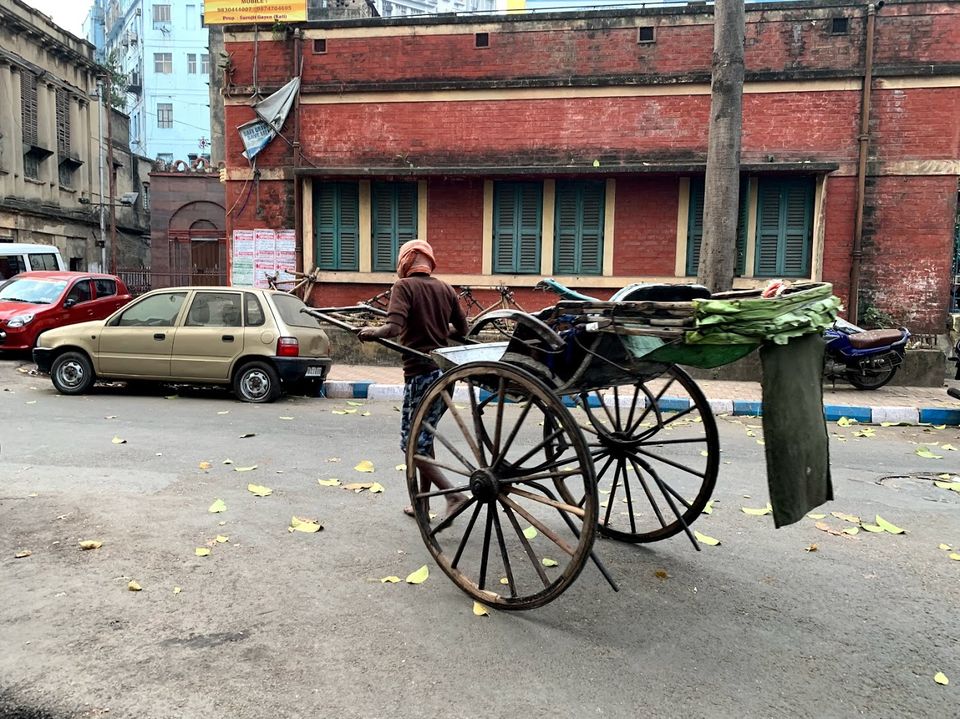 With that I would end this post. Hope you enjoyed my walk through Kolkata through my pics as much as I did taking them!

You can find several walking tours to book from. Google them and you would definitely find something that you would like!