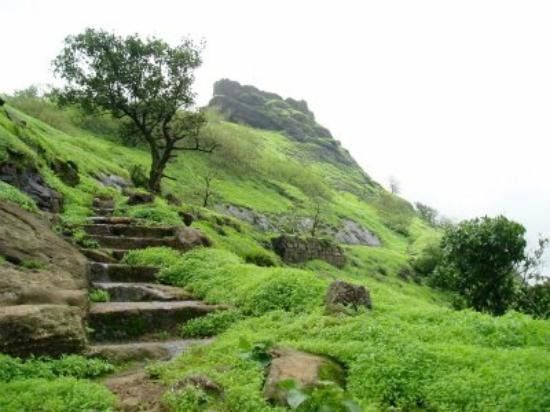 Rajmachi is the only place I have gone for a trek with a group of strangers. It was a rain trek and I was in for a surprise. It was way more tiring and surprises than I was prepared for.

I am from Hyderabad and we left from here to Lonavala by train and trekked from there. I was with a group where I didn't connect with others. However, the purpose of the trip was to reconnect with nature, which I did.

After a crazy 6 km uphill climb we reached the caves. A towering structure, I was in awe of the place. As we were in a rush to reach the village, we moved on further, when I stopped for a moment and stared at the valley below. It was breathtaking with the mist that settled, the greenery around and the flowers on the path way. That feeling of exhilaration!

As this was my first trek, my muscles froze and I couldn't walk the next day. We had a 20 km hike to Lonavala and I could barely move. I was so worn out that I was ready to take even a bullock cart if needed to reach Lonavala. Four Toyota Fortuners crossed us and went up the hill. A few moments later they were descending. My group leader stopped them asked them if they could drop me close to Lonavala and they agreed.

They were on an off-roading expedition themselves and they were happy to let me ride along. The Fortuner is a sturdy SUV with great off-roading skills. After an hour of off-roading, 45 degree climb, drifting in the slush. They dropped me off at the Lonalvala station.

It was by far the most adventurous thing I pulled off. I grew a little more. I realized who I am, what I am capable of, how I am with people and how I like my adventure.

Rajmach is a great place to trek. I enjoyed being one with nature. Also, admire ancient architecture. 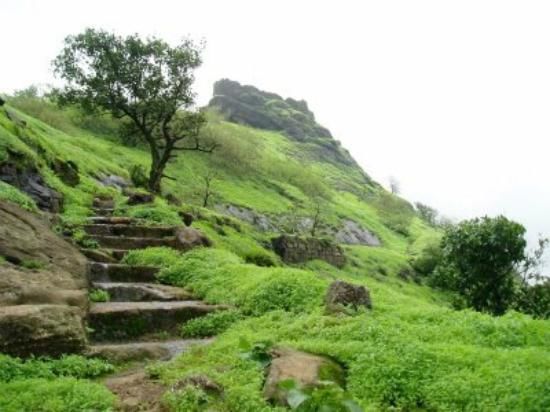