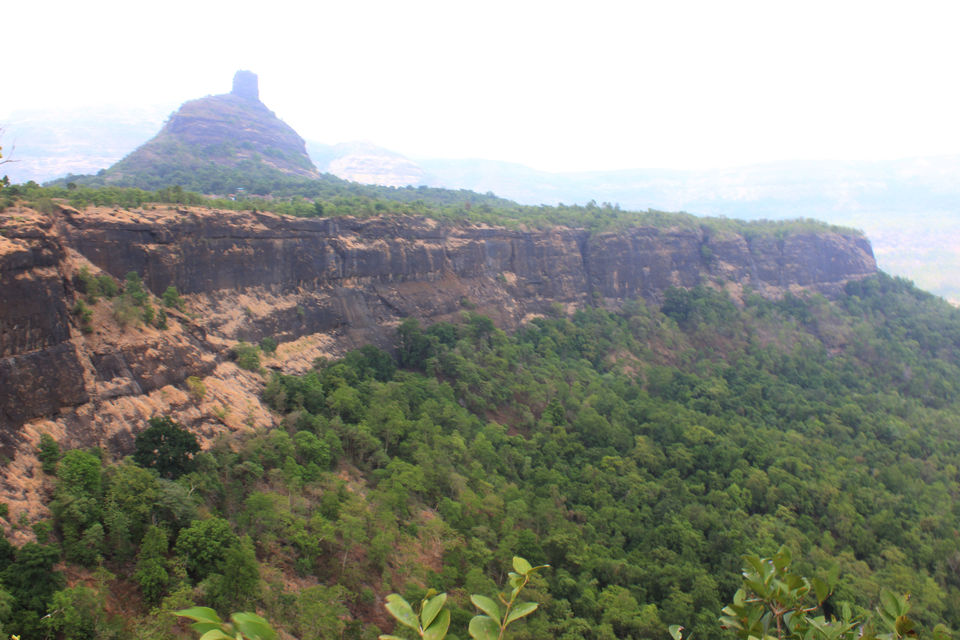 A place where the sky meets the land 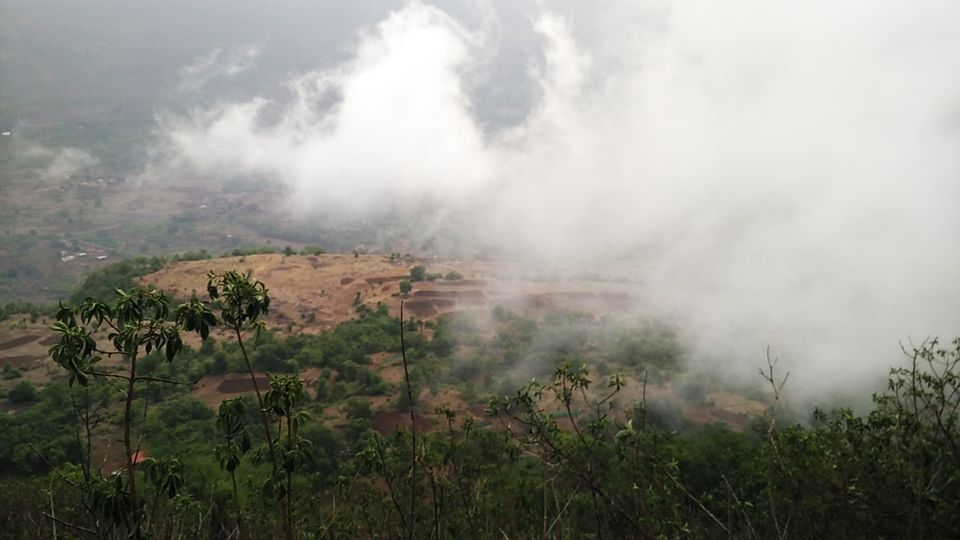 Unexploited beauty of the land 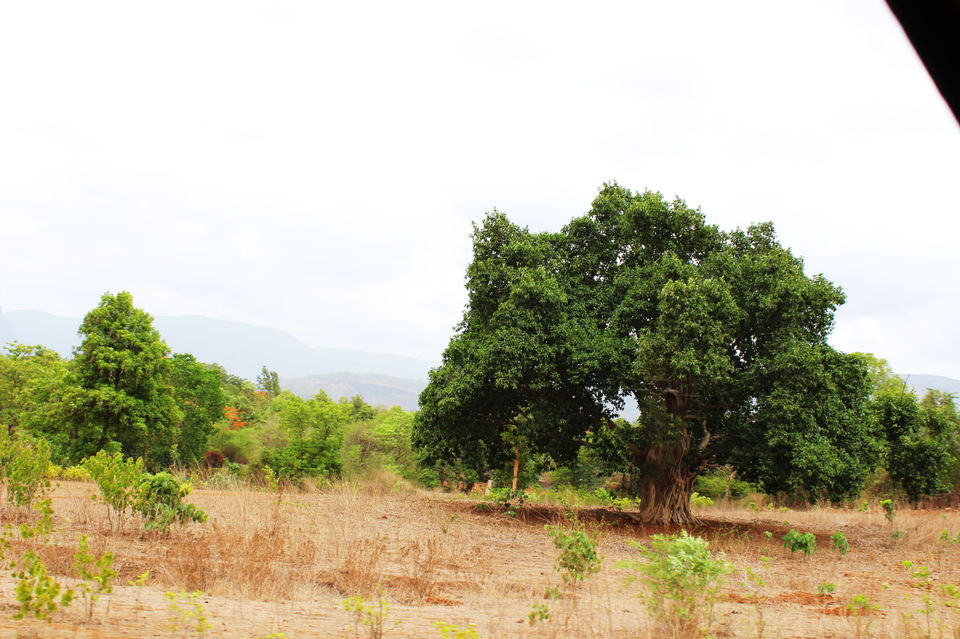 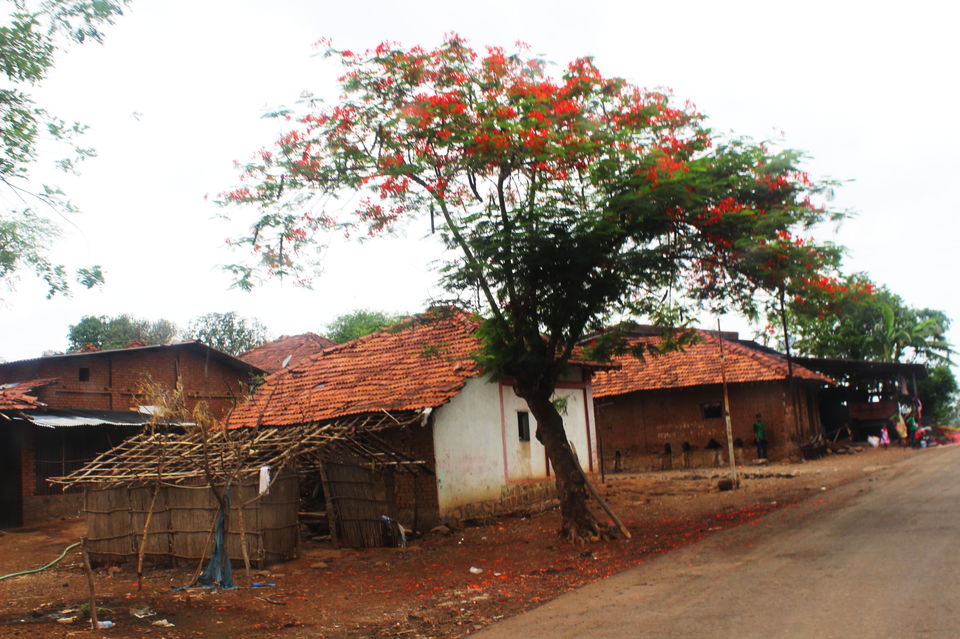 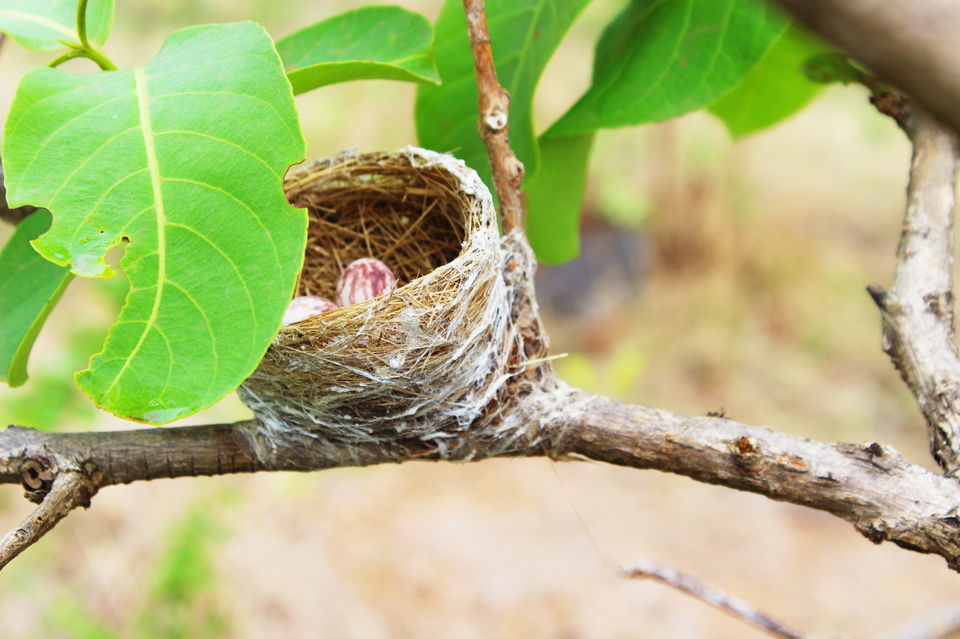 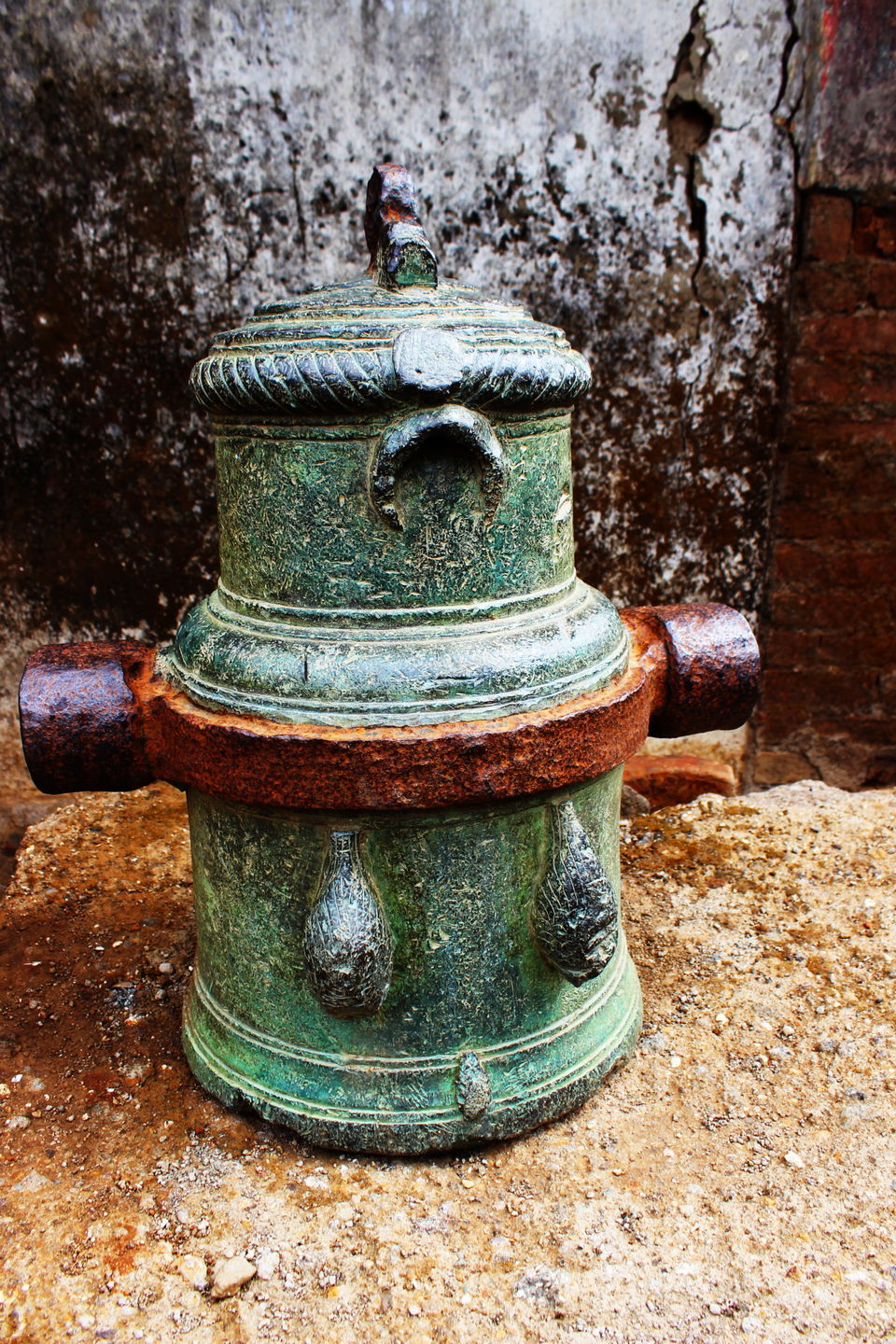 Carvings on the walls of Kothaligad fort 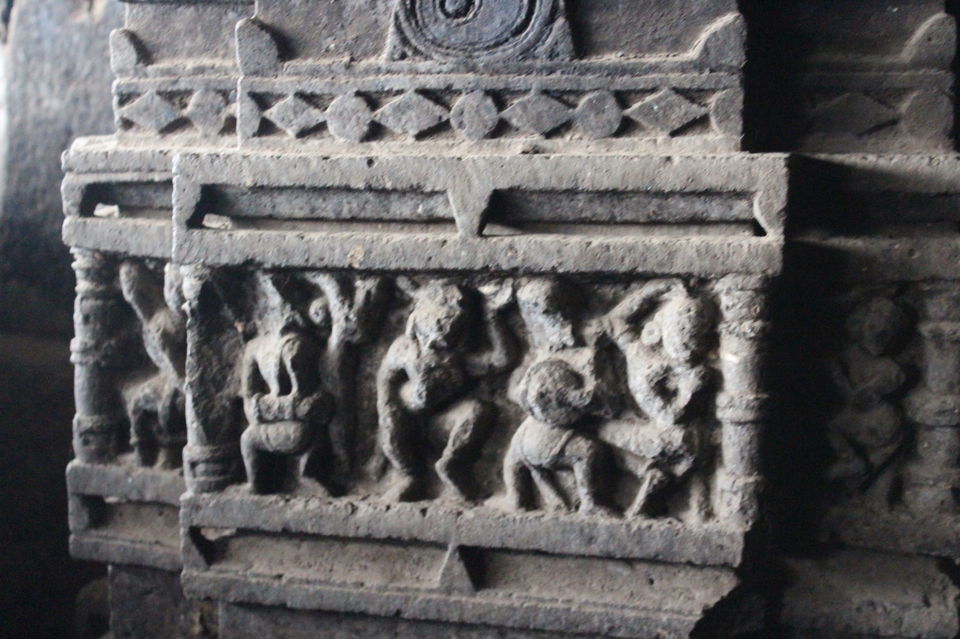 Temple inside the caves of Kothaligad Fort 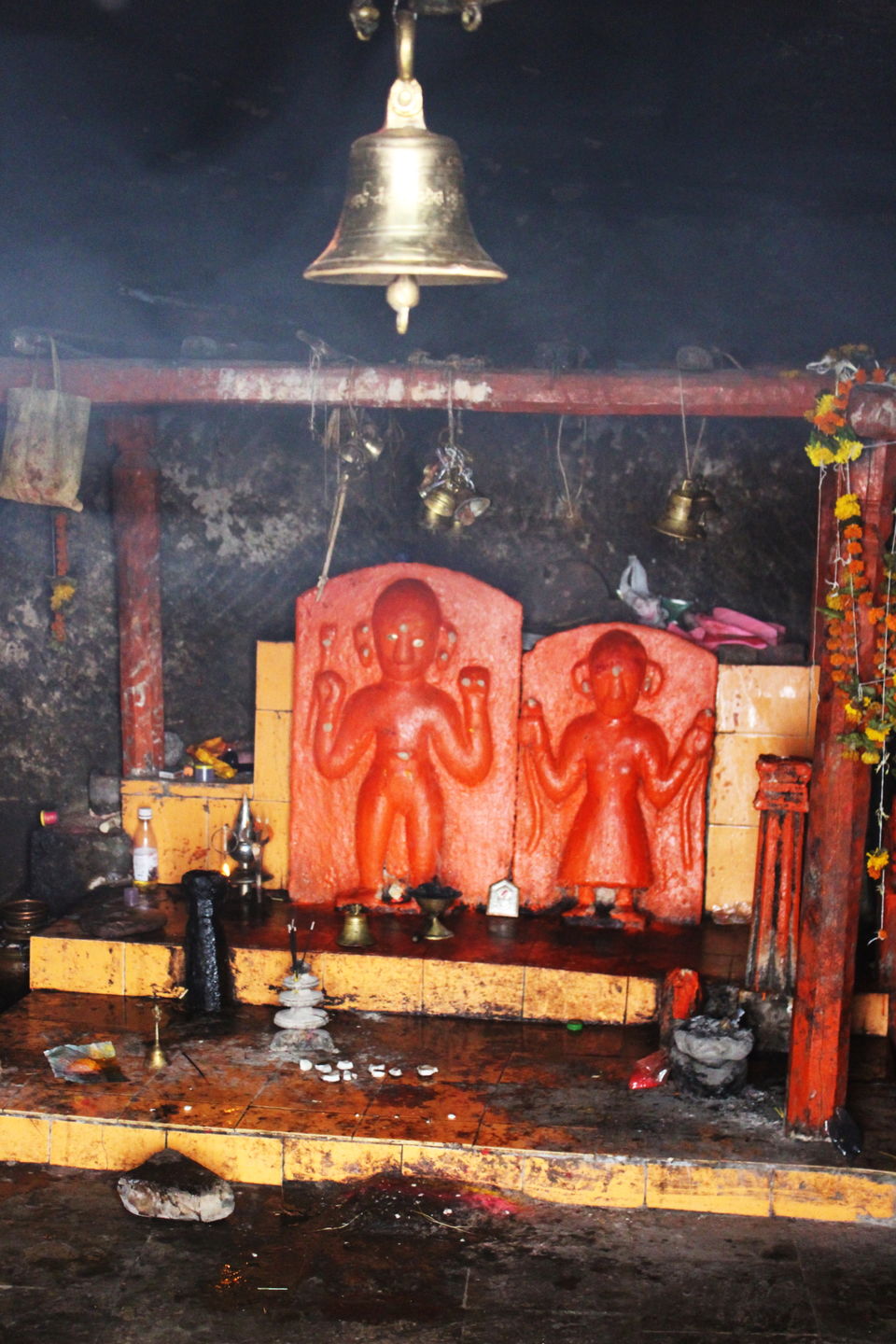 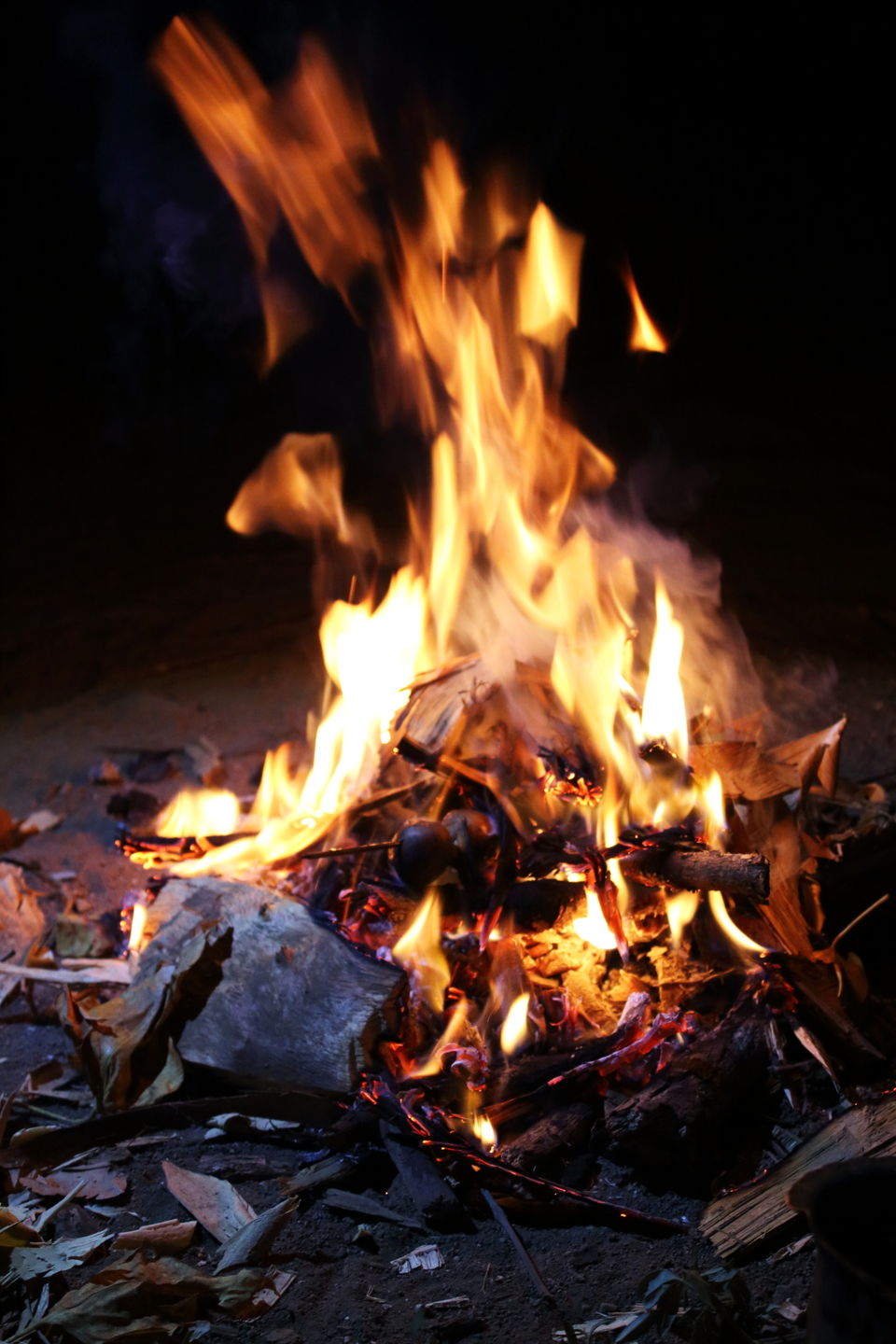 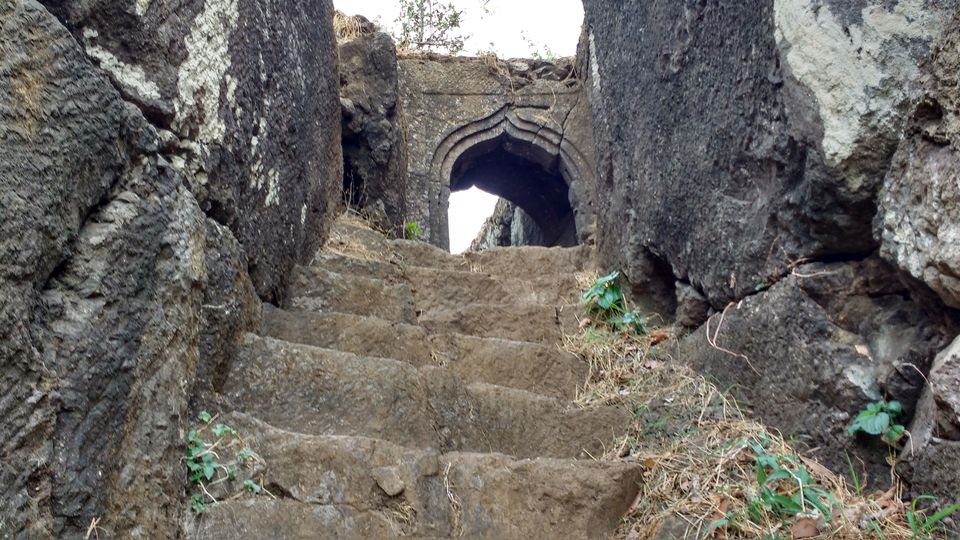 A journey of a thousand miles begins with the first step to decide to trek with Tattva's Trek group this weekend to Kothaligad fort, Karjat located in the outskirt of Mumbai. Karjat is well-known for trekking, as each route gives a glimpse into the rich history of the mughal era. A bit of history about this beautiful place before i share my memorable and exciting experience.

Kothaligad (also called Kotligad or Kothligad) is a small Fort (3100 ft) is situated to the east of Karjat near Karjat-Murbad Road in the Indian state of Maharashtra. It is one of the famous treks in the Karjat area, because of its small height and easy climbing. It is also known as the Fort of Peth because of its vicinity to Peth village at its base.

We started our journey on 11th June 2016 by boarding a local train from CST to Karjat on Saturday evening. We met our other trek mates from Tattva's Trek group directly at karjat station. After a small introduction session we started heading towards our destination. As we were approximately 17 of us, so we decided to hire 2 local tumtums to reach at the starting point for Kothaligad trek that is Ambivili village. Ambivili is linked to Peth via a dirt road.The route to reach ambivili village was fun and enjoyable as we kept the enthusiasm on by singing and hymning along the way, it took approximately 45 minutes from the station to reach Ambivili village.

We halted at the Ambivili village for our snack as it was getting darker we decided to eat and then begin our climb to reach the base village of the fort, the only source of light was the moon shining bright to show us the way. If you start at Ambivili it is 5.7 kilometre / 3 - 4 hours ascent to Kothaligad fort. The 4.3 kilometre road to Peth village is an easy climb and usually takes less than two hours to complete. As we decided to ascend at the night the climb truly was one of the beautiful climbs till date. As monsoon had just began we got the opportunity to enjoy the beauty of the nature. The trees and plantations along the route were filled with fireflies all around. The place was lit up with the hymning fireflies all well coordinated with each other. The view looked like as if the stars are dimming down the land. It was a delight to the eyes to experience the beauty of the nature which we fail to see in the cities. The moonlight was fairly enough to keep us moving on the route as we avoided using the torch along the climb. The whole place was a celebration fully lighted up with the beautiful fireflies hymning and dancing all over the place. Along the climb we even came across a rattle snake which indeed added a scope of adventure to the beginning of the trek, Breathing through the fresh air, relaxing in the purity of the nature it took approximately 2 hours to reach the base village.

We halted at the house of one of the villagers, They were kind and humble enough to give us a proper shelter in a stable to sleep in the night and tasty delicious traditional food after the tiring climb,We had our dinner at the base village and decided to sleep and take some rest before we begin the trek tomorrow early morning. Along the bonfire strangers become friends as we enjoyed each other's company as we played, laughed, giggled, danced and sang together. As the night got darker and when we were left with literally no energy, we slept till the morning light.

Next morning we began our trek at 5:30am in the morning from the base village. From Peth village it is a steep 1.5 kilometre / 1 hour climb to the base of Kothaligad fort. You gain 180 metres of vertical elevation in this 1.5 kilometre climb. The trail is rocky, narrow and usually covered with trickling water during the monsoon. The trail meanders through dense bushes and trees as it follows a water pipe that links Peth village to Kothaligad fort. The views from this trail, especially during the monsoons are awe-inspiring. From the base of the fort a series of 87 steps carved inside the funnel bring you to the top of the pinnacle. There is a section along the stairs where the steps have weathered and broken down. Along the climb there is ancient temple situated on the fort. As we reached the top of the pinnacle the view was truly jaw dropping and it felt as if the clouds were meeting the land. The rain drops touching your skin when you are on the top of the mountain makes you feel like shower of blessing flowing down the sky just to make you aware of the gigantic love of God's creation. We enjoyed dancing in the rain and hats off to Jaal for the innovative lyrical dance that we as a team performed on the top of the pinnacle it's was magically hilarious and one of the memorable times during the trek. The view from the top of the pinnacle was incredibly beautiful. We relished the beauty of the nature for almost an hour and started descending down.

It took us approximately 1 hour to 45 mins to descent down. Along the route we came across snakes, unique species of insects, butterflies and the lushes green forest. We reached back to the base village and were all set to go back from where we began. We had our breakfast at the village and began descending back to ambivili village to finish our Trek. After walking for almost 1 hour we reached ambivili village and had Lunch at one of the villagers house. And took a tumtum to head towards karjat station.

The journey to kothaligad fort was one of the best treks that I have come across. Thanks to Tattvas Trek group for organising such wonderful event. The whole team was friendly and helpful. Though we never knew each other initially but at the end of the trek we had the eagerness to see each other may be at some other upcoming treks.

Happy travelling to all my travel mates. This is my short story and some incredible memories related to this place. 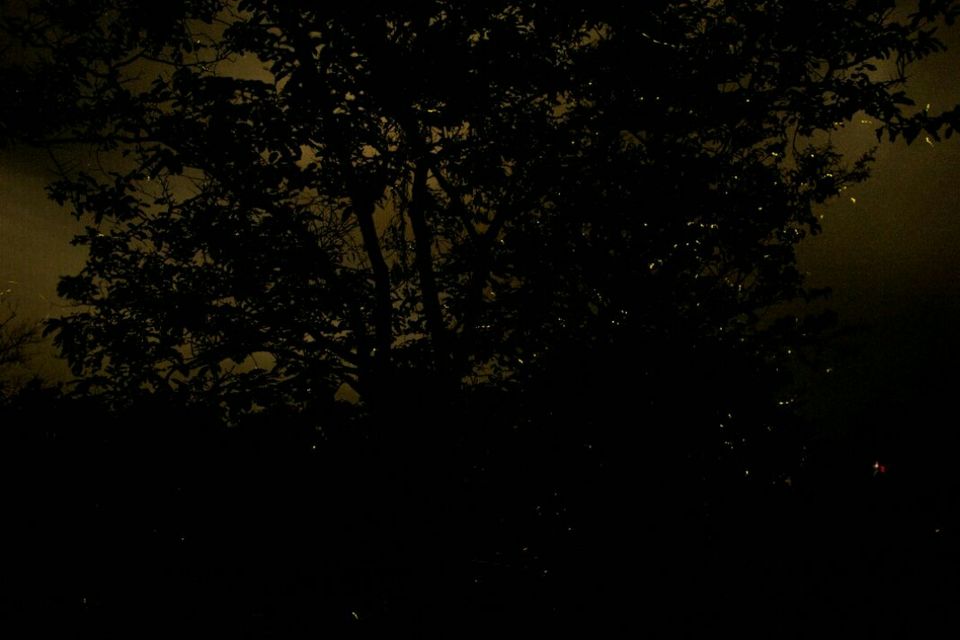 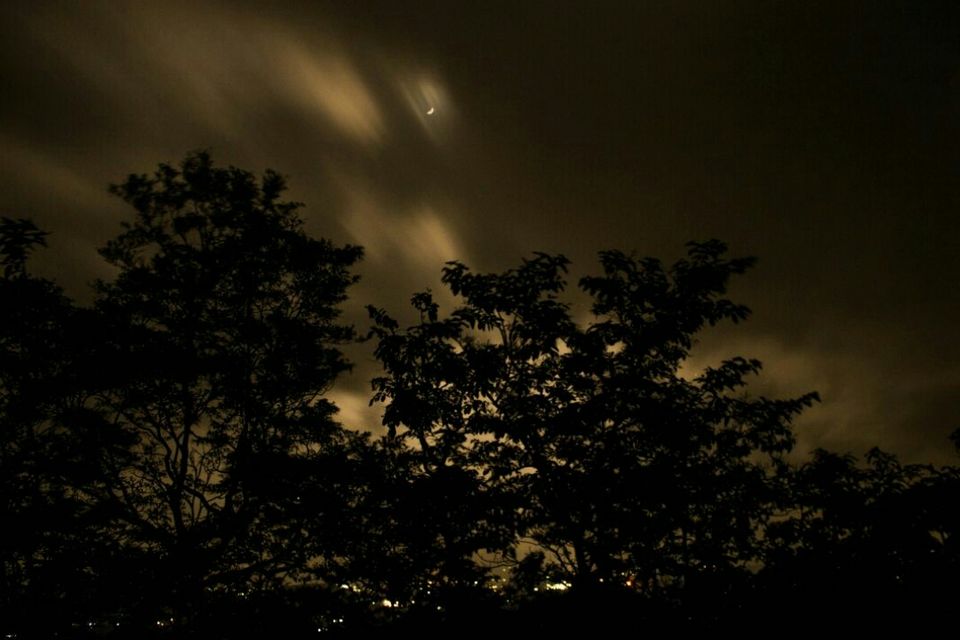 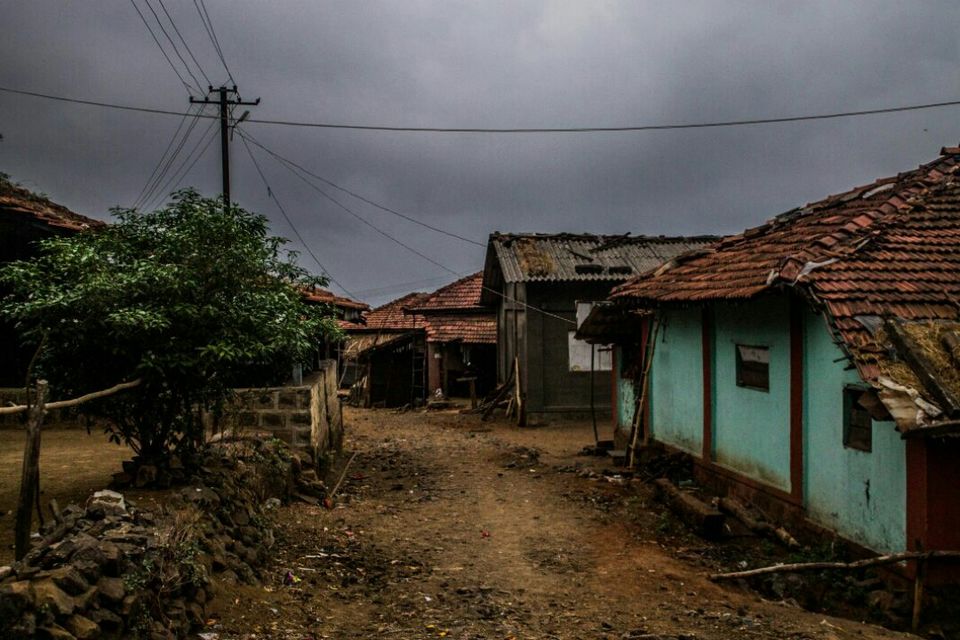 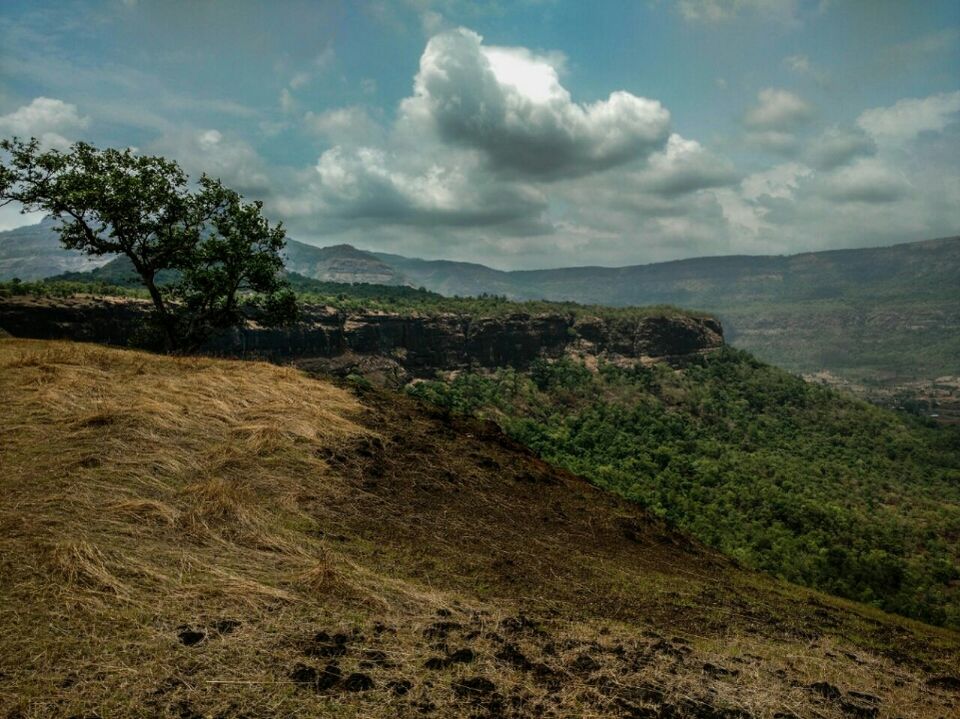 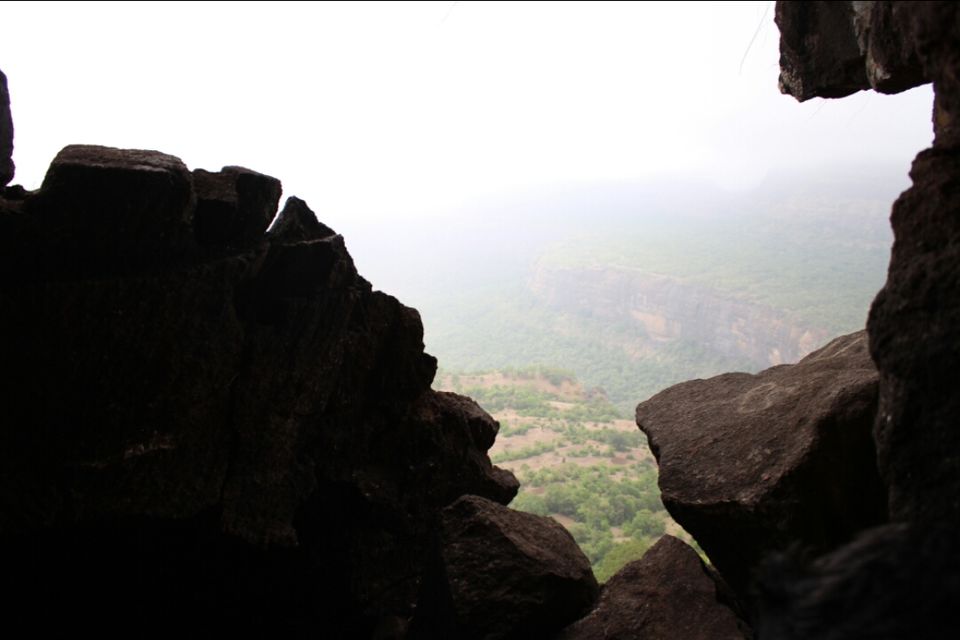