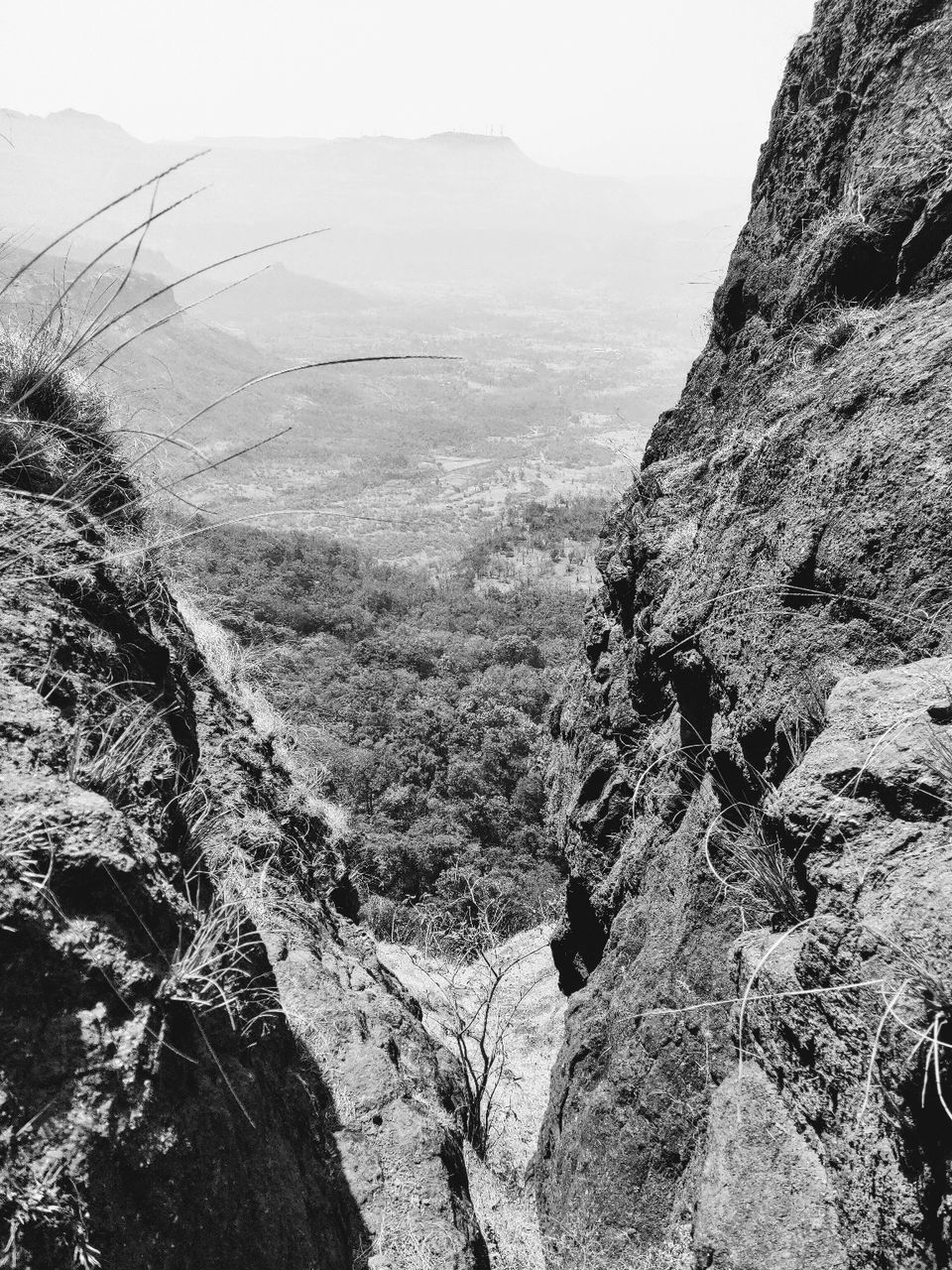 An unexplored and less visited fort that is located behind the Bhimashankar Wildlife Sanctuary. This fort is also popular by name: ‘Kalavanticha Mahal’ due to its 2 rock pinnacles. The fort lies between Ganesh Ghat and Nagphani Point. It lies at an elevation of 2202 feet (671 meters) above the sea level. This fort was built to keep an eye on Bhimashankar Ganpati Ghat also known as Watch Tower. The fort is small in size and the fort structure has completely vanished. There are few dry & dirty water tanks and caves on the way of Padargad trek.

Before joining this trek I was little confused whether I should go to the trek or not, as the size of the chimney was the same as of mine and trek involves little technical knowledge of rock climbing. After watching video’s on youtube I was pretty sure that I would complete this trek but the challenging part would be Chimney for me. I decided to talk to trek leader “Mahesh” whether I should join the trek or not, as usual his words cleared out my confusion & I was ready to go on the trek.

It was Saturday, I packed my bag & went to the office “ Yes, am going on trek” damn excited. But I had not made payment for trek yet…..early morning I texted to ramblers official number but I did not receive any reply so I texted Mahesh still the same no reply… So I started calling each member from the ramblers team, but no response from any of them. Later, I called my mom & Swati crying for the same. So finally I reached office with my bag & dull face, waiting for Mahesh’s reply. Finally around 5:00 pm he texted me up & my happiness was on 7th cloud.

I had mixed feelings for this trek…. I was Super Happy, Excited but Little nervous too.

At 11:30 pm we took a train from Dadar for Karjat Station, while Chit Chatting with Mahesh he told me, he won’t be coming to the trek, knowing that I was little worried “ ab yeh Chimney kaise  hoga aur Akash bhi nai tha motivate karne k liye agar thak gayi toh.”  That was the first time it happened, Akash & I were on the different trek, he went to Sandhan Valley with Mahesh & team.

We reached Neral Station around 1:00 am and met all trek mates including our trek leads John & Mahesh too…….(Yo Yo Mahesh)✌✌✌

We reached Khandas Village around 3:00 am & Slept for a few hours and started our journey early morning around 7:00 am. The trek route passed through the dense jungle after Ganpati temple and path was marked with the help of white and red arrows on big boulders and trees. Once the jungle patch got over there was a rising mountain slope mass comprising of small stone. After that, there is a Chimney climb of about 10 feet. Chimney consist of 2 rock walls having a gap of about 2 feet and there is a big stone on top of it fall with some empty space. You need to climb upward with the support of your back, legs, and hand. But in my case, the chimney climbing was little different, before Chimney climb there is one narrow patch to climb. While climbing the narrow patch Veera gave me his shoulder to support my leg during climbing. Somehow I managed to Completed the Rocky patch,  & finally here it was “ The Chimney” & Ramblers team was all ready with equipment & trekking gear. I wore harness & Climbed half of the chimney as the size of chimney & mine was almost same I was not able to fold my leg & give my back support so Jolly gave his shoulder to support my leg, Mahesh & Veera lifted me up, with all there superhuman efforts I was able to complete this chimney climb... it was little embarrassing and I was feeling little bad too. As I was putting my leg on their shoulder's, but they all encouraged me to complete this journey. After Climb, you will come across one steep rocky patch this rocky patch is really an exciting part of the trek. After completing this patch you 'll find a cave to rest. From where you can see  Nagphani & whole Bhimashankar range.

To reach the pinnacle We have to climb one more a little big rocky patch. In that Parayag Sir(Trek Mate) & John helped me to Climb & explored the pinnacle of padargad. The view from the top was magnificent, you can see Bhimashankar mountain range, Siddhagad Fort & Kothligad (Peth Fort).

After exploring the pinnacle we descend down padargad through a different route, I rappelled down all the rocky patches, No energy left in the body I was walking like a zombie. Descend route was little lengthy with no shades no water & the sun had sucked my all energy. I was pushing myself to do the best & John was also motivating.

Finally, around 4:00 - 4:30 pm, We reached the base village. I was super happy & Exhausted too...But few trek mates were so energetic that they were playing cricket.

Here this fantastic journey of Padargad ends with lots of memories & more respect & love for Ramblers India.... The way John & Mahesh helped me out to complete the trek. Sometimes trekking and my weight is not going hand in hand but one thing I have is my strong will power & supporters like John & Mahesh.

View from the Caves 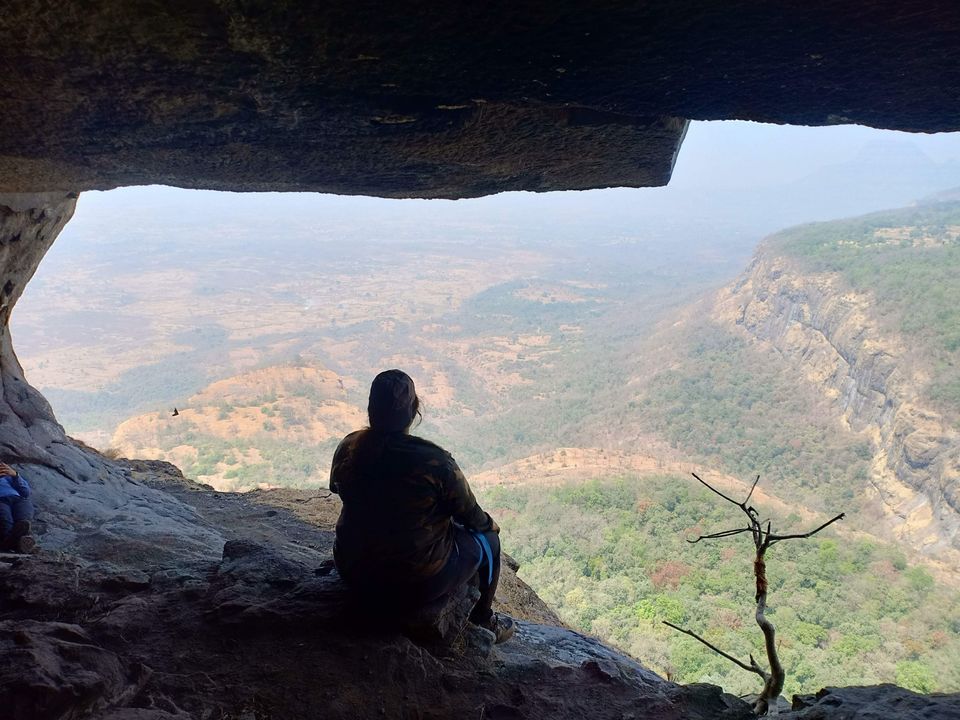 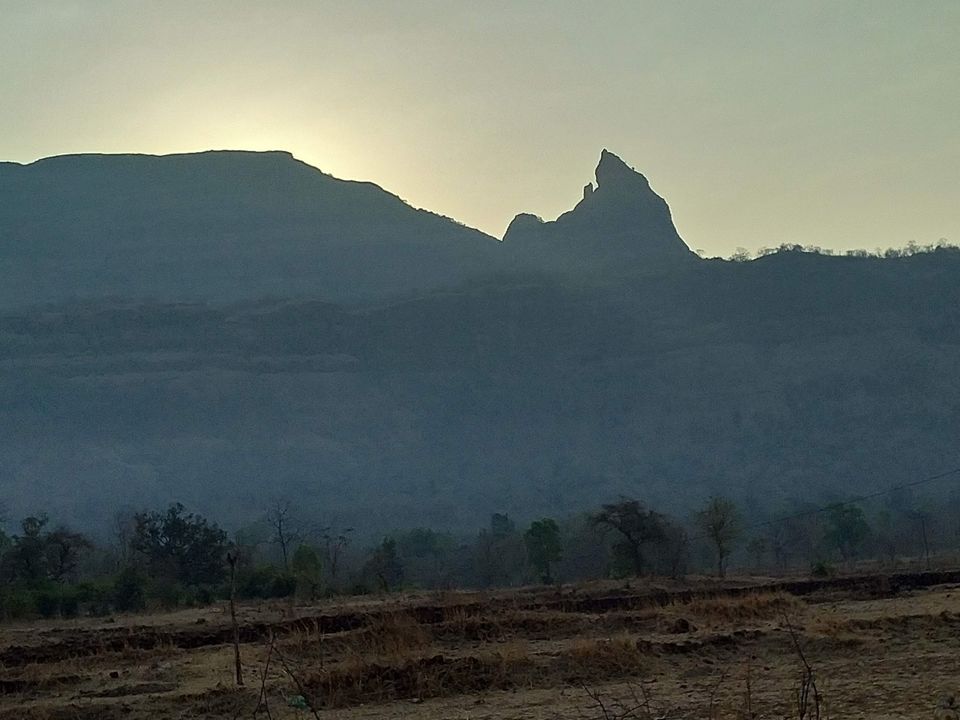 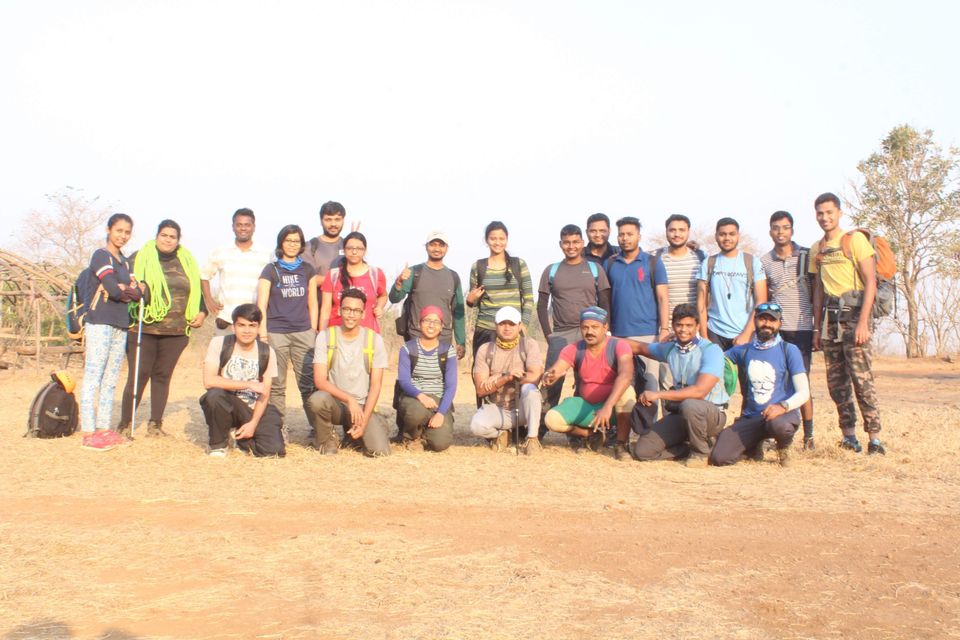 Me With John????, Exploring the pinnacle 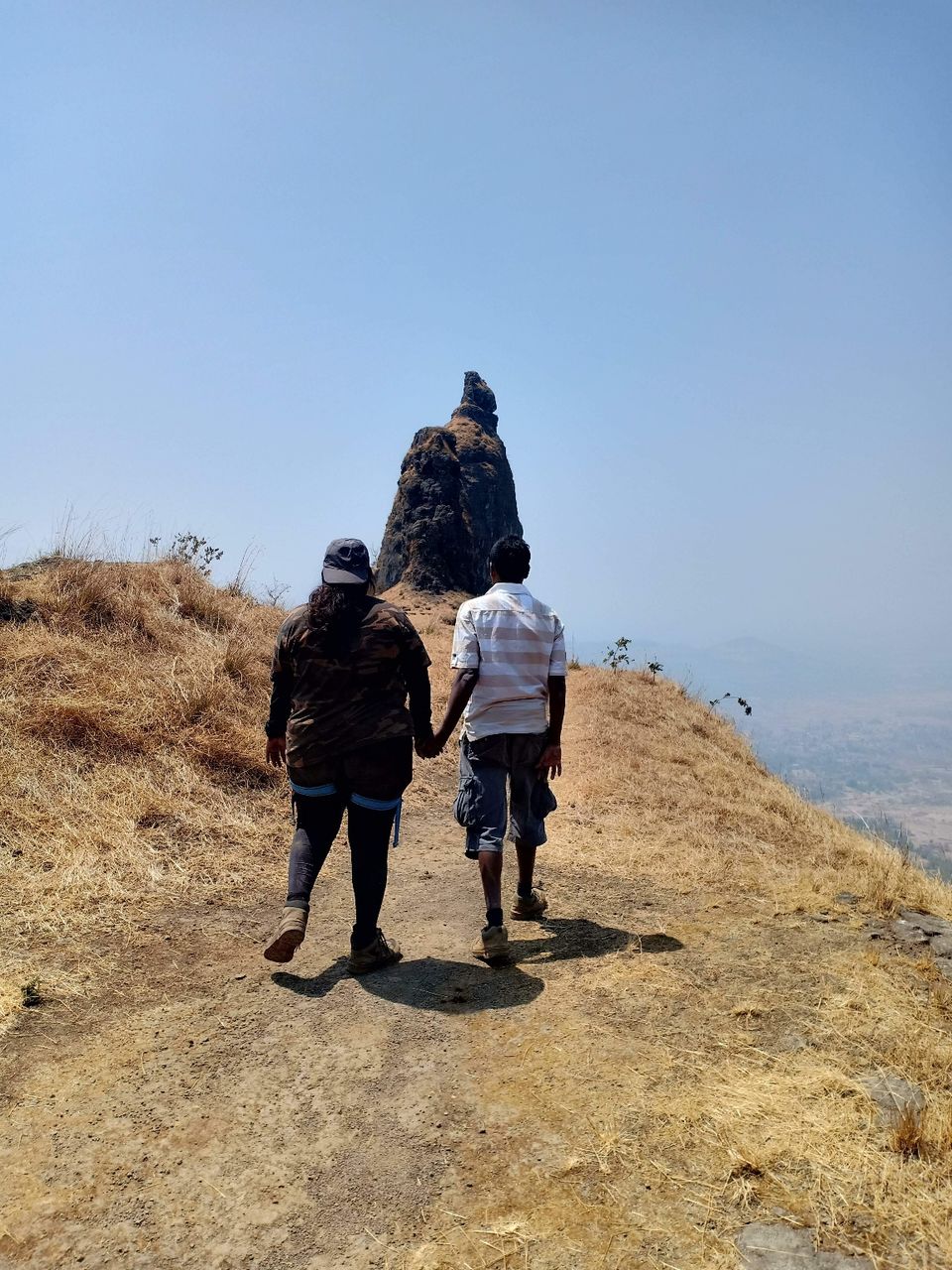 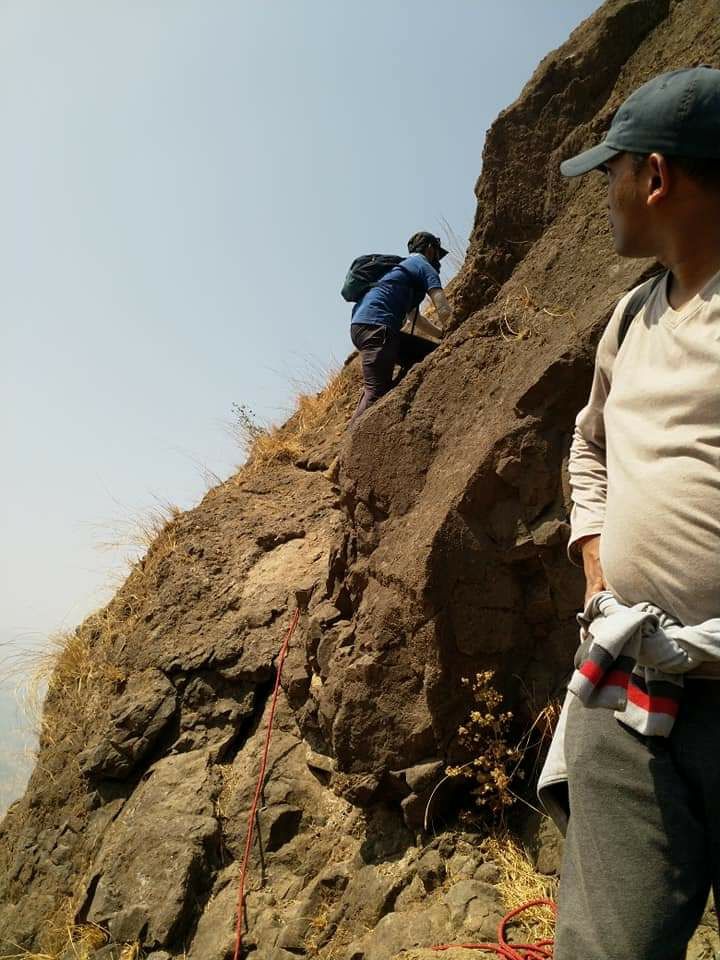 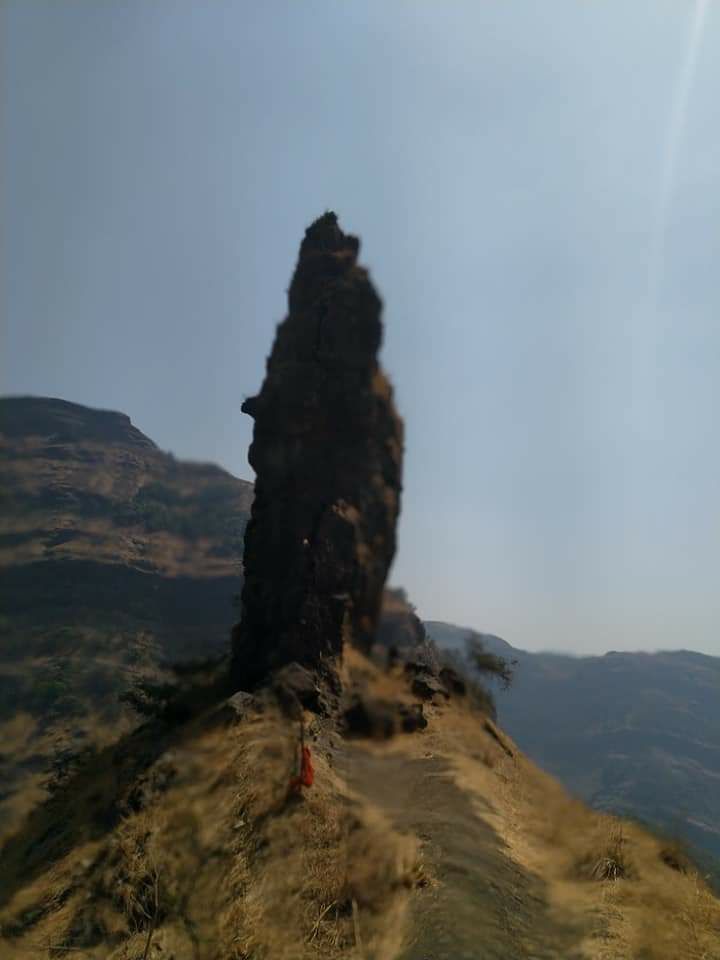 Getting ready for chimney ???? 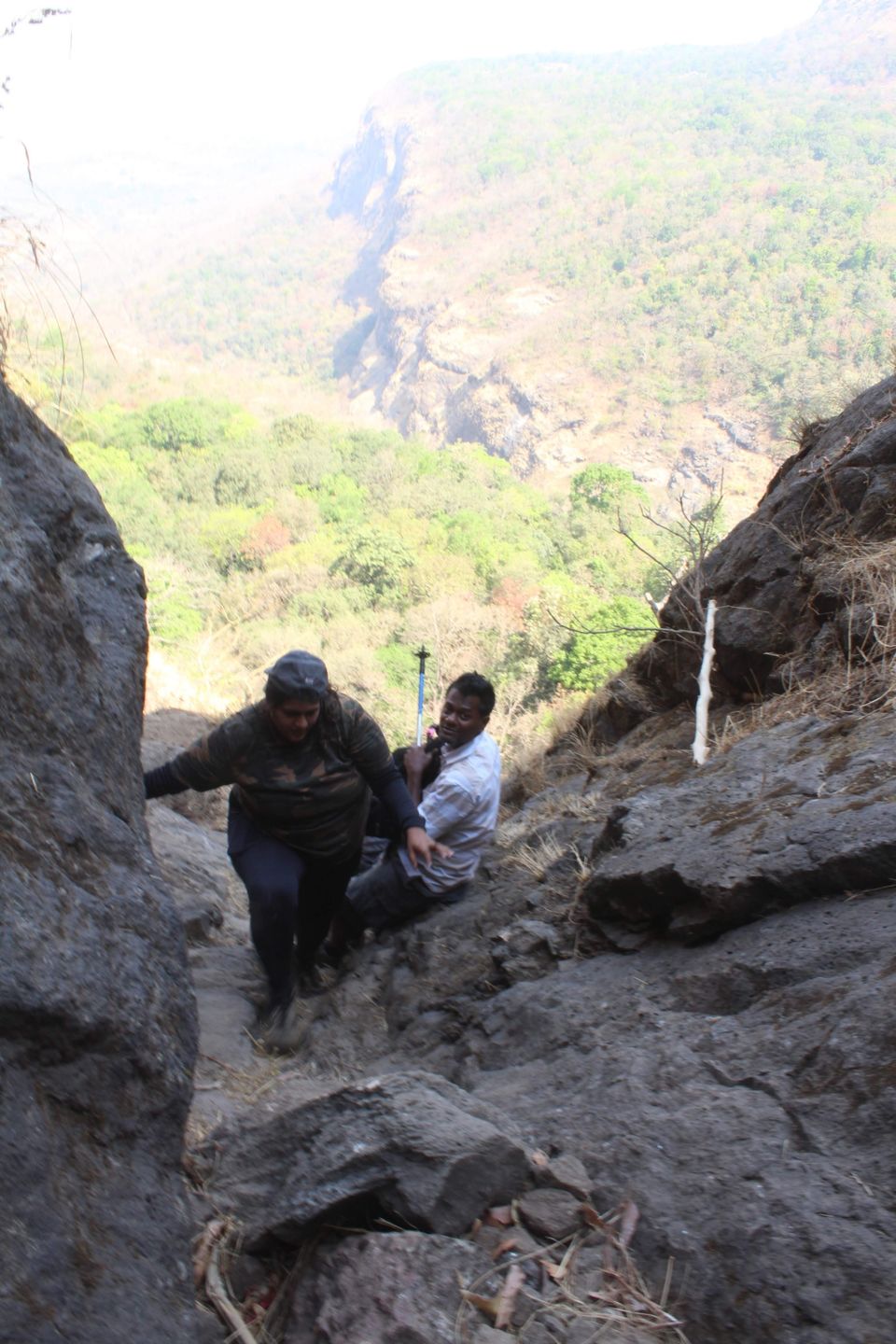 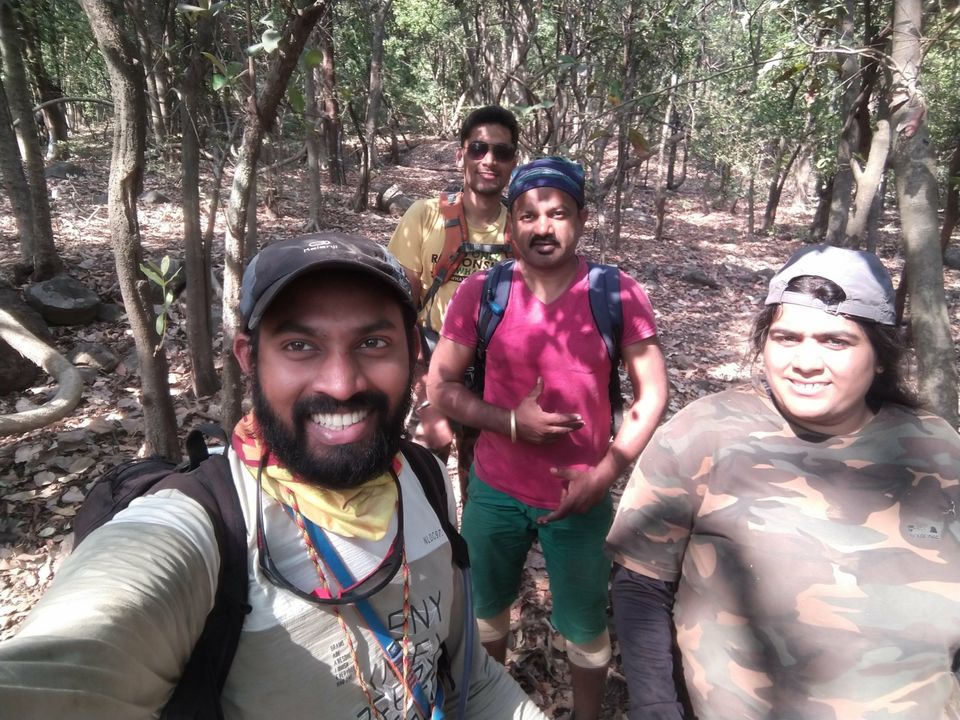