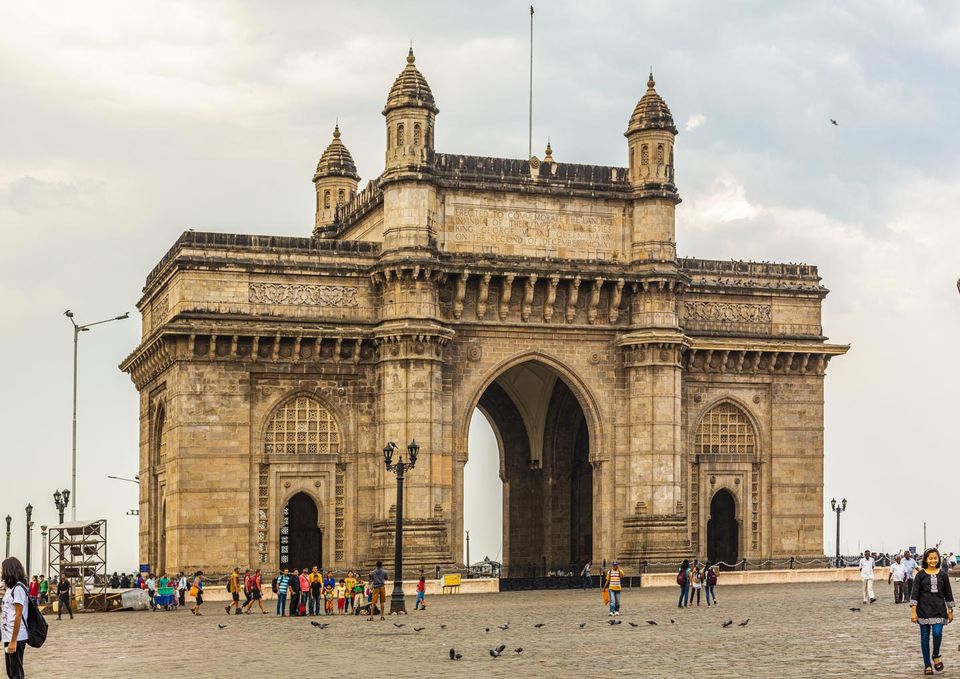 India’s financial and trading capital. India’s one of the biggest port. An important city of India. I am talking about our own city. Mumbai.

A modern megapolis built on ancient roots. The local fishermen consisted of Kolis and Agris were original settlers of 7 islands of Mumbai.

This strategically important set of islands has an history dated back to BCE. One after another multiple dynasty controlled this region. Maurya, Satvahan, Abhira, Vakataka, Kalachuri, Chalukya and Rashtrakutas rulled from 1st Century BCE till 13th century CE. Some scripts found at various places, suggests The great Maurya empire under leadership of Emperor Ashoka controlled this part of country much before other dynasties for longer period between 2nd Century till 9th Century. Maurya dynasty spread and settled Buddhism in India more than any other. They funded artisans to carve caves and stupas which were used for students and followers to study teachings of Lord Buddha. Followers of Buddhism followed the same path in North and North East to spread the religion by building Gomphas or Monasteries.

In connection to my blog subject, the early signs of Mumbai’s shores used for trade are found 3000 years back which is in 1000 BCE. Persia and Egypt were the major contributing parts of ancient trade with Mumbai. Traders used this part more than any other to connect to bigger markets in Central and North India.

Open a book of Mumbai’s history or gazettes written by British or early travelers and turn some pages after dusting and peep in in trade route of Mumbai’s history , one name will pop up in Mumbai’s trade history.. Sopara or Shurparaka Port, a natural port used by traders to unload the goods from 2300 years ago.

Now walk back to present Mumbai’s topography. That port place is today’s Nalasopara, a crowded town like a beehive settled about 50 kms from Mumbai.

Basein creek’s mouth which was treated as natural port was an ancient gateway for trade to Mumbai and India. Huge ships laden with materials like carpets, horses and precious metals not available in Hindustan brought in from all over globe especially from Persia and Egypt. After sailing for many months were eagerly awaited by local traders. You might wonder, if there is no big city or market near Mumbai, where these precious goods, traders sold. Visit any ancient map and get transformed in that ancient world, you will realize the time taken to travel or transport and the humongous efforts people used to go through to reach this cargo from one country to another and from a port to market place.

Once goods loaded at Sopara port on horse/Ox/donkey’s back or in a bullock cart, starts another long journey to market. First big market place was Junnar which was about 100 miles away and further exchanged hands to another trader to reach in markets Pratishthan, capital of Satvahan dynasty and bigger hub of trade than Junnar. There was one more entrance for North market which was at many ports lined up in today’s Gujarat state like, Dwarka, Kot Lakhpat and Mandavi. This was a Herculean task for traders and journey took months. For these traders, kings realized a need for Shelter, food and water for so many halts. Here comes an important part of history. Caves, a place for shelter and water. A place to take rest and get energy to start a new journey.

Cave is not just a carving in a rock or mountain, it’s an entrance to the history. It is as exhilarating as entering in an ancient or historical monument.

It becomes more peculiar when one finds a cave in a metropolitan city which has almost wiped off its ancient roots.

When a city built on a reclaimed land and a concrete jungle, it becomes more bizarre situation of finding caves, but there are always exceptions to the rules. Mumbai is such an example. Hidden and covered by this concrete jungle, there are still few caves which Government of India through laws under Archeological Survey of India (ASI) has managed to save form land mafias.

As mentioned earlier, not only Maurya rulers, but dynasties which ruled after them, provided basic facilities to these traders.

Some caves were carved and funded by different sects as permeant homes to their priests and followers to follow religions. Buddhism was one of the leading one. After Buddhism, Jains were leading amongst them.

If you will observe, Mumbai’s caves’ topography, all are built in a unique formation of a link. If you will draw a line, you will find a distinct connect. A trader will find caves and water tanks on his way to the market at regular intervals which provided basic facilities of water and shelter. Some caves still have some scripts carved on walls alongwith remains of statue parts to keep memories alive of those kings who funded local artisans to carve. The fine example is Naneghat cave which is closer to Junnar. Thus it establishes Mumbai as a point to connect between port and market.

These are the best protected group of caves in any Metropolitan city. This cave complex is the largest set of caves in Mumbai in compare to other caves of city. Carved before Maurya rule in 1st century and flourished after 3rd century, these caves were used as university for Buddhism’s education and spread. These cave complex is a fine example of water harvesting to provide throughout the year for occupants – students as well as travelers. Importance of these caves was reduced after 9th century during other dynasties rule and decline of Buddhism.

Lesser known caves in compare to Kanheri caves, carved by Buddhist monks to spend time for meditation and offering services to traders. This cave is on banks of today’s Dahisar river dates back to 1500/1800 years. Though carved by Buddhist monks, the influence of this cave changed to Hinduism by other dynasties which ruled after Maurya. Some Hindu god’s statues were carved on cave walls. These caves also went through change of religion when Portuguese ruled Vasai erstwhile Basein.

Mandpeshwar caves and Jogeshwari caves are carved during the same period of 6th century CE. In India, most of the rock cut or carvings temples and caves originates to Buddhist monks who were on the mission of spreading Buddha’s message all around India. Their typical style of caves will include a prayer hall for everyone and inner rooms for meditation. They used to invite travelling Persians who travelled with traders to paint the walls. They found many rocky hills in Sahyadri range to spread their message and their art. Post Buddhism’s decline, you can see rulers influencing their art. From Hindu kings to Portuguese used this caves as hall of prayers and left their imprint on walls.

Slightly younger than Kanheri caves, and influenced by Buddhism, were carved 1800 years back mostly has influence of Hinduism with carvings of Hindu gods and goddesses. These caves are from same era of Ajanata and Elephanta caves and with almost the same style. Some rock scripts found a mention of these caves alongwith Kanheri caves in trading history.

A set of 19 caves is a last chain of caves in Mumbai region to help traders on Mumbai’s ancient trade route. Also known as Kondivite caves, has an ancient depiction of today’s housing style. Vihar or inner partition is carved to give a peace of mind required for meditation for Buddhist monks.

This chain of caves was proven to be a boon for traders who can relax for a night or refreshed with water availability during a tiring day travel.

Once trader left these cities, he had to travel through two main inland ports, Thane and Kalyan, beyond that.

Kalyan port, developed in first century by Maurya and Gupt empires is located at the meeting point where Ulhas river from Karjat, Bhatsai river from Kasara and Kal river from Malshej ghat added water to Basein creek which further travels till Sopara port. Still sometime back when old houses were redeveloped in Kalyan, found some evidences of this city’s historic connection. After development of Sopara and Mumbai port, Kalyan’s importance was on decline as large wooden vessels which found difficulty in sailing. Also it was frustrating to sail inland through Basein creek till Kalyan after their long voyage on high seas from around the world. Traders started using land route as explained above or load goods in smaller local vessels to ferry goods till Kalyan and further to today’s Murbad which is at the start of today’s Malshej Ghat.

Basein creek had proven to be one important link on this trade route.

When in 17th century, Chatrapati Shivaji Maharaj of Maratha kingdom was on tour of newly captured Kalyan port, noticed the vantage point of this port. To keep a control on this route, he commissioned his engineer to fortify this area and named Durgadi Fort based on Goddess Durga’s temple inside the fort. At this place, he anticipated need of Navy to support his strong army to protect his Kingdom from threats of Portuguese and British. Not to rely on British or Portuguese to provide ships, he also commissioned a ship building yard and dock for boat repair work.

Period to visit: You can visit, all around the year, but better to visit in non-monsoon days.

Timing: Mostly the caves are open from morning 9 till sunset.

To reach: Kanheri Caves: Get down at Borivali station on Western railway suburban train route. Autos ply between railway station and caves.

Entry ticket: You have to buy at National Park gate for entry to the forest. Second entry ticket is for entering caves.

Walkable distance of couple of kms from Borivali station.

A distance of 2.5 kms from Jogeshwari station which is on Western railways suburban route.

From Andheri station which is on Western railways’ suburban route, you can hire an auto or ask for a BEST bus for the caves.