Rajmachi Fort and back in a day in just Rs 180 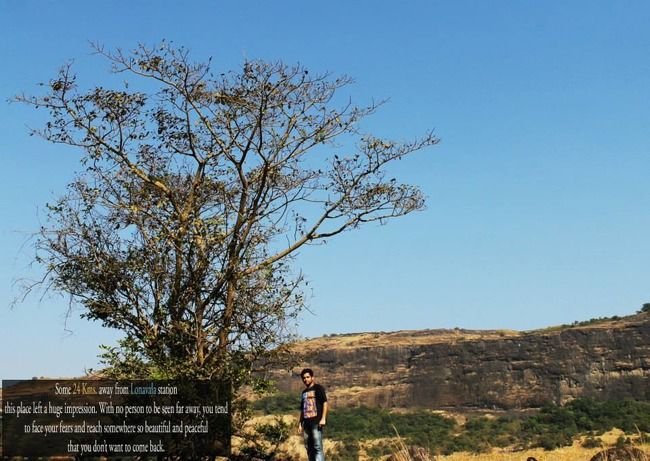 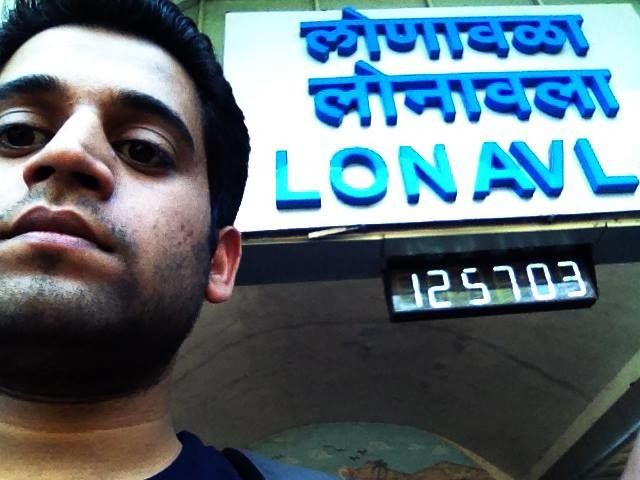 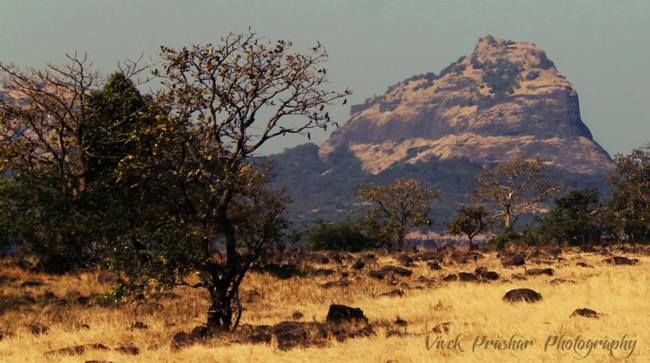 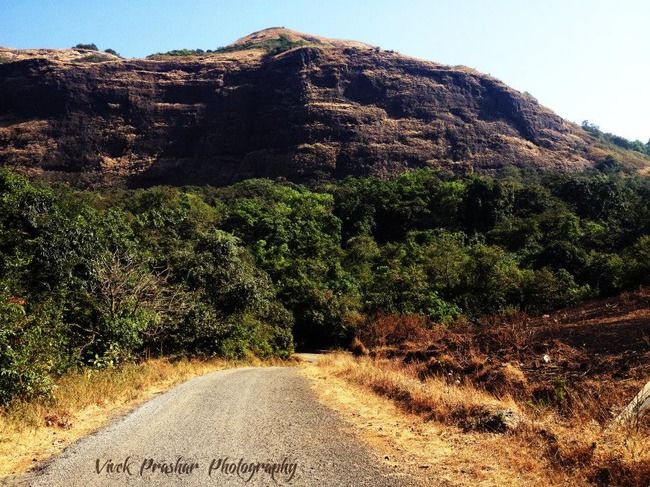 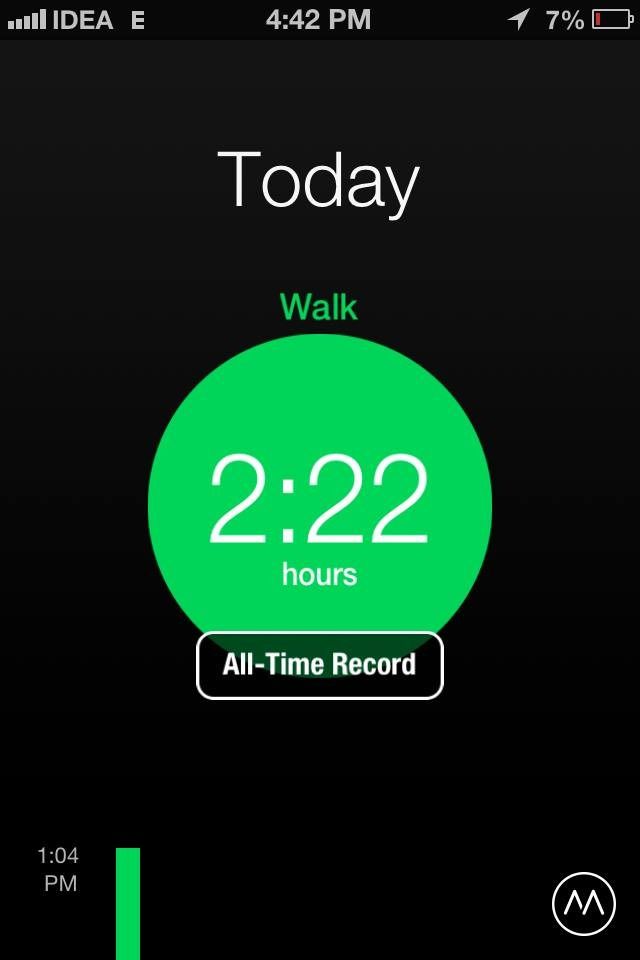 I started my journey to the Rajmachi fort with a bucketful of hope and inspired from the people who travel hundreds of miles daily in search of something new. The quest to reach destination motivates you to the heights that even distractions like money and other physical attributes doesn’t matter anymore.

From bike ride to Sus Gaon to bus travel to Shivaji Nagar Railway Station to the 20 Kms trek towards Rajmachi Fort I experienced not only the joy of walking alone but to overcome the fears when you are most vulnerable. The people fascinate you to such extent that you are bound to take home some memories that you will cherish for life. Self exploration takes you to such places that often leave you in awe and wanting for more. The feel that you will get bored goes away in first few hours when you are walking alone and searching someone for company every now and then. What stays is the motivation to move on towards your destination come what may.

One thing was sure when I left my comfort zone for the very first time that this journey was not easy. A distance of 200 Kms. to be covered in a day with nothing more than 200 bucks it was certain that I have to rely less on money and more on mind. Being new to the city it was challenge just to go out without planning and ask for directions. But what helped was the enthusiastic and friendly nature of people that I met during the course. After covering first few kilometers by the bike I stepped on to the Red and Yellow PMPML bus that reminded me of the buses that I used to travel in Delhi with the difference being lesser crowds and a soft spoken conductor. Being fared Rs 10 till the Shivaji Nagar Railway station I got the window seat which provided some unforgettable glimpse of Pune city. An ever smiling kid resting on his mother’s shoulders, the conductor helping an old lady getting on the bus, people fighting to get on the bus like it happens in Delhi or in that case almost every place in India. The bus ride which lasted 20 minutes brought me closer to the people of Pune than being in the city for past 6 months and doing nothing but wasting my time sitting in hostel on Sundays.

Next 65 minutes of journey were even more interesting as now I was on a train going to Lonavala covering 60 Kms. and costing me Rs 15. Being an introvert and fighting with various insecurities I found it really hard to speak to people sitting around me. And just when it was getting awkward and I was not able to look into the eyes of fellow passengers I found a messiah in a 1 year old girl who was time and again trying to talk to me in some ‘baby’stical language. After that everyone stared at me for some strange reason and started laughing. ‘You have such fair skin and you don’t know Marathi are you from Delhi’ asked me a lady with 5 decades of experience in living to which I nodded in affirmation. The question as racist as it may sound broke all inhibitions that I had and left me much more comfortable with whom I was sharing the compartment. The next moment I got know that I was accompanied by an eighty year old ex-soldier, a housewife who lived in Malawli and couple who were going to Khandala. All of them were looked quite happy except the ex-soldier with wrinkled skin and grey eyes. Reason being him living alone in a house with no family left to support him in his old age. His entire family including his son, daughter-in-law and two grandkids were killed in a train accident some years back. But the content look on his face when we all laughed and played left me amazed with the strength that was left in him to face life as it was. The view outside the window was even more endearing and the time passed so much quickly that I wasn’t able to absorb all the energy in the limited time spent in the train.

Best part of the journey that awaited me was a 6 hour trek from Lonavala station to the Rajamchi Fort and back which amounted to be almost 40 Kms. As tough as it may sound, it was going to take toll as I had no previous experience of walking so much on my own and that too in the lands that I have never seen. Reaching there at around 1 PM, I was left with no other option than maintaining a constant speed so that I can catch the bus back to the hostel by 9. “It’s 6 Kms. from here” said a local paan vendor which gave me a boost and I started walking towards the long highway that could take to you to Mumbai if you wanted to. While moving in the right direction I saw a train running on the track that was going to the destination assigned to it. The only thought that crossed my mindwas the wish to be on it wherever it was going. The old brown train with smoke coming out from the chimney left so much to desire. After covering almost 4 Kms I realized that the amount of water that I brought was not enough and something that could keep my electrolyte levels up can help me survive the distance. And then I decided to fill my bottle up with ‘Neera’ a local drink made of coconut, sago, and palm tree. Spending Rs 40 on it I was quite happy as it could quench my thirst as well as keep my tummy filled for some hours.

When you are alone you keep telling yourself that destination is not far enough and you will be there soon. But when you hear that ‘You took the long way and the fort is still 10 Kilometers away’ you tend to lose a few pounds of faith in humanity, but for some reason I was happy to reach the destination as late as possible. Sometimes the journey gives you more reason to be happy than destination itself. The beautiful homes built in and around the hill were so much close to the nature that I always desired to have one. After passing the web of highways and roads I was soon wandering in lap of nature with mountains and valleys on both sides of road. Looking at trees and beautiful valleys wherever you see leave you with a feeling of staying there for eternity and never come back to the place where you see people with fake emotions and egos.

While crossing one such stretch with nothing but dense forest on both sides you tend to feel chills in your spine and want to run back to the safety. The constant feeling of someone following you due to the echo of footsteps tend to disturb you to the affinity. But being vulnerable and overcoming my fears were the main objectives of the trip and they inspired me to venture ahead and explore something phenomenal. And that exploration led me to the place which even today was not touched by the commercialization spree that human was on since the birth of the civilization.

A place where you can see a mountain divided by shadow and sunlight all at once. Clouds floating in the clear blue skies. Cool breeze flowing through your hair. No human to disturb you in your dream. No sounds of any electronic appliance or vehicles. Nobody ordering you to do something. No worries of being judged at every step you take and every line you speak. The place where you can shout, sing, dance or rest at your own discretion, with no one to intervene. Where you forget all the comforts in your life and collect pieces of nature as they come. The valley comprised scarce trees and end of landscape where you can sit and see the sprawling nature in front of your eyes.

Even after walking almost 20 Kms and not reaching the destination I had no other option but to return to the place where it all started. This time I asked for the lift from the car that was coming from the Rajmachi Fort and to my surprise they stopped. It was occupied by a young couple in their 30s and they seemed to be aware of what I went through as they asked me if I reached my destination or not. Left with no chance of impressing them by saying ‘yes’ I said ‘no’ proudly and went on telling them the experiences I had on the deserted land. There happy faces and the way they were looking at me made my day and after exchanging numbers and promises to meet again we went ahead with our lives. After dropping me at a place where I can walk up to the station easily they bade me goodbye.

So after spending almost 6 hours and covering 25 Kms on feet I was back to the place where it all began. Spending whole day alone with no one to accompany or to rely on. I reached my room and marked out one point that was on my bucket list for long, ‘To go alone with yourself’. And yes all of this cost me just Rs 180. So go out reach to the new places, make new friends (which I was unable to due to the proximity), explore yourself, and throw yourself into uncomfortable situations. Stop wondering if you will score less marks or come second or third. Just go out and enjoy life as it comes.

“What will you do when the journey you started never seem to come to an end? Feel dejected, give it up and return to the place where you started or go back and prepare harder for your next try. What if you chose none and decide to move on until you reach your destination or at least reach so near that you can almost smile at the path you left behind and challenge the path left to conquer.”