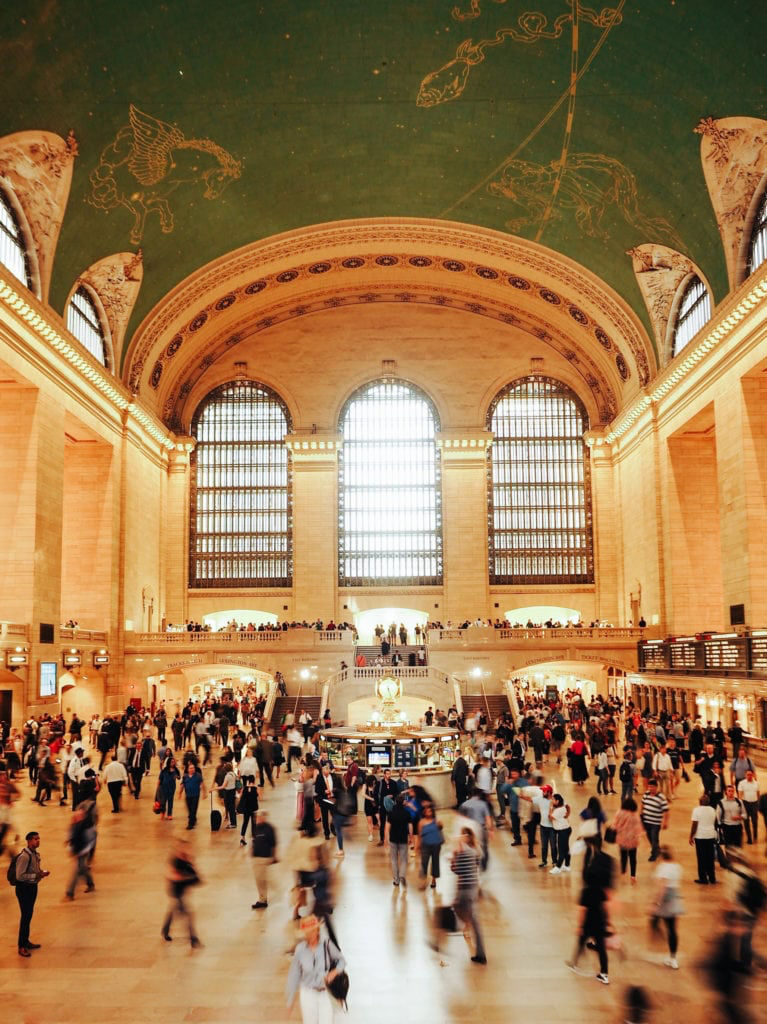 Gossip Girl is the only show that legitimately never gets old. I can watch it over and over, even though I know that (spoiler alert) Jenny will never stop wearing too much eyeliner.

Wheter you're looking for Constance Billard school for girls or St. Jude School for boys, or the Humphrey Loft, or the Steps - where Blair and her minions had lunch, you have come to the right place. While exploring these spots, you'll feel as if Gossip Girl is personally taking you along while she says "Hello, Upper East Siders!"

Many of you might think, why Gossip Girl spots and not other famous NYC spots? The answer is- since me and my friends had already seen the best and most famous NYC spots (Statue of Liberty, World Trade Memorial, Wall street etc) before, we decided to just enjoy walking all over NYC and "kind of" live that Upper East side life for a day or two. And we thought nothing could be better than doing , after all we met after DIY Gossip Girl location tour and frankly speaking it was our favourite pasttime when we lived together in college! 5 years

However, if you are here for only few days and want to maximize your time, then I highly recommend Gossip Girl Sites Tour for approx. per person. This way, you will hear some cool stories from the local guide and see the main Gossip Girl sites in a short time. $50

Gossip Girl characters are always flawless and seem well prepared when exploring Manhattan and Brooklyn. If you really want to soak up the vibe of the famous TV series, why not bring some Gossip Girl essentials along? You don't have to pack a Gossip Girl wardrobe but maybe you just want to be better prepared. It's fun to stroll through the streets of Manhattan looking all Upper East side - even if you could never afford to live such a lavish life.

You could say the entire story and fateful set of events are kicked off with Serena's return to NYC. It is also a stunning display of architecture in its grandeur design - and a must see for visitors to New York.

While you're at the Grand Central Station, be sure to head over to this oh so NYC bar inside, where the opening scene of Serena and Nate takes place. Drinks are pricey but the atmosphere is so worth it! Just don't forget to dress up in style to make an entrance.

Remember the rushed wedding between Blair and Chuck? Well it is a near a beautiful fountain in Central Park.

Well, in general, you could have an entire Gossip Girl tour just in Central Park. So many scenes were filmed here! For instance, Serena and Blair took photos at Pulitzer Fountain and was seen a couple of times when Rufus and Lily met. Seriously, there are many opportunities to visit your favourite Gossip Girl locations and scenes. Gapstow Bridge

While strolling in the park we also ended up getting ourselves a Caricature from a local street artist as a token of memory of our trip! Can you spot me here??? Do leave your answers in comment section!!

Remember that cute scene where Blair is skating on the ice rink in Central Park? Well, you can do that as well, but only in winters.

Central Park has two ice skating rinks, so if you want the Gossip Girl location, opt for Wollman Rink .

Enter the Park at 59th and 6th Avenue, or 59th and 5th AvenueAddress:

If you are a sucker for the Gossip Girl fashion wardrobe, then you should know that Henri Bendel provided quite a lot of dresses and accessories for the show, such as Serena and Blair's prom dresses. Not only that, but it served as one of the many Gossip Girl locations in which the Upper East side fashionistas spent their time.

Again part of the wardrobe and a Gossip Girl set location, Tori Burch makes an appearance. The designer herself did too.

Remember Blairs disaster wedding with prince, It was in the Oak Room that she told Chuck she needed to end the relationship with him. Book it here

This is where Jenny first presented her fashion design on Eleanor Waldorf's fashion show.

The Palace Hotel was featured on Gossip Girl many times. The courtyard of the luxurious New York Palace Hotel, fictitiously owned by Bass Industries, where Chuck Bass and his "adopted" family, the Van der Woodsen's, would wake up every morning to a fully catered breakfast from the Palace's unparalleled service professionals. The Palace is also the location of many a Gossip Girl intrigue. , the fine dining restaurant on the ground floor of The Palace, where the Bass brunch took place and the site of the first reunion of Serena and Blair after Serena's mysterious disappearance, and where Chuck tried to win Serena's affection with a special-ordered grilled cheese sandwich with truffle oil. Gilt

Affectionately known as the loft home of the Humphrey family - Dan, Jenny, and Rufus lived here until the third season, when Rufus moves in with Lily. The loft is located almost directly under the Manhattan Bridge.

The Archibald's reside in a stately and impressive manor located just of 5th avenue and is a popular stop for fans of the show. Get a photo of the exterior of this popular Gossip Girl New York location.

When Chuck Bass bought The Empire, he didn't just buy a hotel, but also a bar. The legit embraces his legacy with the . Mixed with Dewar's Scotch, Red Apple, Ginger Bites and Apple Cider, the Chuck Bass cocktail is perfect for your next night out! "I'm Chuck Bass Cocktail"

You could even book yours stay into this Gossip Girl location! Check availability here.

Head to the outer boroughs and hit up this Long Island City coffee shop to see where Vanessa used to work. Communitea is about as hipster/granola as you would expect, and all their coffee is brewed from Irving Farm Coffee Roasters.

Formerly known as Babycakes, Erin McKenna's is where Dan first saw Serena. Remember when drunk Serena almost got hit by a cab, and Dan lost his pumpkin pie while trying to save her! Thankfully, he got the girl in the end ^^

The marble steps of the Metropolitan Museum of Art are an often seen Gossip Girl location. Bring some yogurt from a nearby bodega (it better be organic and expensive af), and make sure that everyone is sitting on lower steps than you - because you're the Queen B. In real life, these steps are often frequented by the girls from the Marymount School, another elite Upper East Side school for girls.

Also, the museum is one of the most popular NYC attractions and lines can be insane. You can book your skip the line ticket online in advance. Check deals here.

Education never played a big part in Gossip Girl. School and university sites were more of a backdrop. The same goes for Columbia University, which Nate officially attended but was actually rarely seen in in season 3.

This is where you will see the entrance of Constance Billard School where the proper Gossip Girl location for the Upper East Sider's education was played. Haha.. yes it was a museum and not a real school building!

A freaking classic in "Gossip Girl", whips up some of the best macarons in the world. No joke. I would recommend eating these in your bathtub while trying to avoid devilish suitors of Blair.

Remember the wild parties at The Victrola? The real world Gossip Girl location is found at The Box. Chuck certainly seemed to enjoy the burlesque shows here.

Not only is it the location for the scene where Dan and Vanessa shop for Nate's anniversary present, but it is also the largest candy store in the world and home to over 5,000 types of candy.

If you wanna grab a sandwich Dan Humphrey-style, check out Café Habana.

"This location is from one of my favorite scenes. Blair, Serena, Chuck, and Georgina hatch a plot to trap Poppy at The Russian Tea Room . Georgina gives Poppy her charity money to pull Poppy's scam charity, but when the police arrive, they arrest Serena instead!"

It is quite hard to get in (and expensive, too), so make your reservations well in advance if you want to dine in style.

If you believe Serena Van der Woodsen, you can get the best Red Snapper in New York City at the St. Regis's King Cole Bar.

What to Wear to Your Gossip Girl NYC Locations Trip?

Thank you everyone on Instagram who helped me with the location list. I totally appreciate your help! I hope this consolidated list will help you to plan your DIY Gossip Girl trip to NYC!

You can always drop your questions/comments in the "Leave a Reply" section below. I will be happy to know your thoughts.