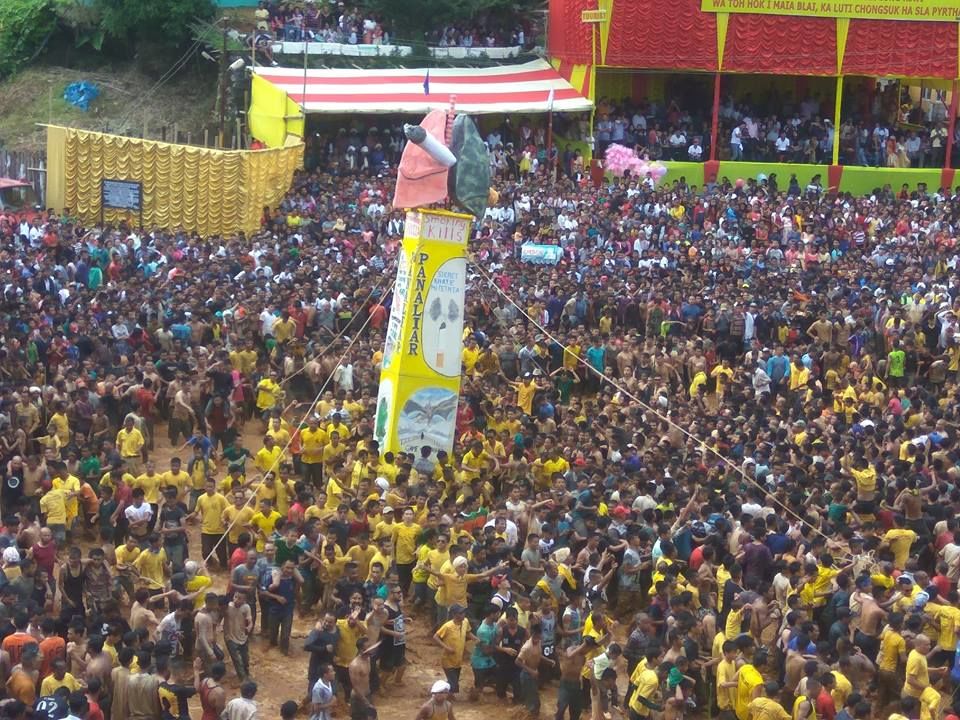 Meghalaya has been named aptly. The literal translation of ‘Abode of clouds’ has made it famous among the visitors. The town of Cherrapunjee used to be the place with highest rainfall in the world. It is still somewhere in top 20 while the place on first position is not very far away from here.

The travel experience in Meghalaya is not really talked of. Everyone follows a trail mentioned in blogs, they go to Cherrapunjee, visit the Nohkalikai Falls, then move towards Living Root Bridges, Dawki and places nearby.

The other regions of Meghalaya, the ones that are lesser known has a lot to offer. The Jantiya Tribe dominated areas or Jantiya Hills are known for its sheer beauty that will make you fall in love with Meghalaya a little bit more.

July marks the perfect season to travel in Jantiya Hills. This is the time when Meghalaya welcomes the monsoon season. In Jantiya Hills, the occasion marks for the festival of Behdienkhlam. This festival is celebrated in a small town of Jowai. 60 km away from Shillong, Jowai is famous in the local folklore. It is said that thousands years ago, when the mankind had not set its foot in these hills, Jowai was the home of five deities, four stones and one river Nymph.

Behdienkhlam festival is celebrated to honor these deities. The word itself translates to ‘wash away the plague’. This four day festival follows a set of elaborate rituals that includes sacrifice of a pig to Thunder to make the evil go away.

After this, young men along with priests, beat the door of every house with bamboo poles, accompanied by beating of drums. This symbolizes the battle between good and the evil.

One the main day, the young men gather to fight for the possession of a huge polished tree trunk called “dieng khlam” or “khnong”, and smear mud on each other in a sacred place called “Aitnar”. During this festival, many well designed towers made of bamboo are kept in sync with the main trunk. Every bamboo stick has a different color and this result in atmosphere turning very vibrant.

The festival ends with a game similar to football. Men play with the ball and try to take it in their possession. The teams are divided according to the regions of Jantiya Hills and the winner season receives the blessing of most harvest in that year.

At the same time, while men are busy playing and fighting outside, the women dress themselves in the most colourful costumes and prepare meals along with the famous rice beer of Meghalaya. These women wear pretty sarees and jewelleries and look as if goddesses have descended to earth.

Behdeinkhlam festival is kind of a mix between Holi and Puri’s Rath Yatra. The traditional tribal rituals add to its charm and turn it into an experience worth the time.

How to reach Jowai

The nearest railway station from Jowai is in Guwahati. There are other small stations in Assam but Guwahati will help you settle down and find a quick ride to Shillong. The Guwahati International Airport is connected with major destinations around the world.

For Jowai, you need to reach Shillong first. From Shillong, you will find shared taxis. It will take almost 4 hours to reach because of the nature of roads. Make sure that you start early as it gets dark in Meghalaya by 4 PM.

While the festival is a photographer’s delight, keep caution while clicking pictures of the locals. Since the festival marks the beginning of the monsoon, don’t forget to carry umbrella or a good raincoat.

Keep a day or two extra in hand because if the rain plays spoilsport, the taxis will stop moving. Keep two days extra will help you in making sure that you don’t miss your flight or train from Guwahati.

There is a lot of mud during the festival, so wear light clothing that you can dispose off after the festival.

Other places to visit near Jowai

Post festival, you can visit the Monolith Park. These monoliths are of great importance in Jantia Hills and a significant part of their culture. You can travel to Nartiang village from Jowai to see these stone sculptures.

Behdeinkhlam festival is your chance to experience Meghalaya, in a different way from the travel guides. As one of the most ecologically sensitive zones of India, avoid using plastics and bring back your waste to help keep these natural wonders the way they have been for centuries.