A Paradise for photography 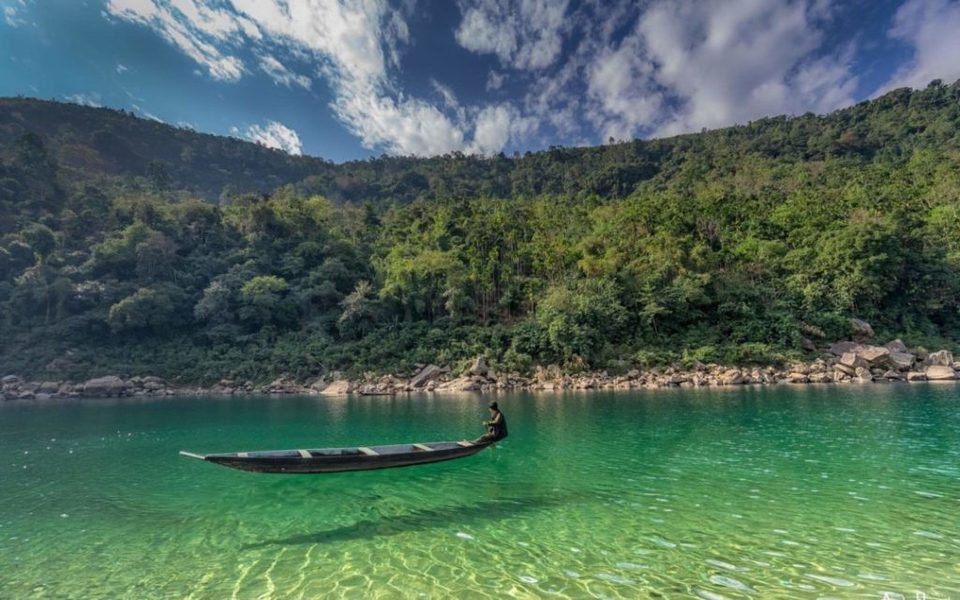 From Krangsuri falls we headed to much-awaited Dawki, our whole idea of the northeast trip was revolving around this destination. The thought of reflection shot of a boat standing on crystal clear water was haunting our mind from years, I should say! Dawki is the border village, (India - Bangaladesh) where the sterling Umngot River, leaves mountains and graciously flow on the plane just before it enters Bangladesh. Meghalaya is mostly covered with metamorphic rocks. These rocks when erode, leave very less or no silt behind. Hence the crystal clear water. 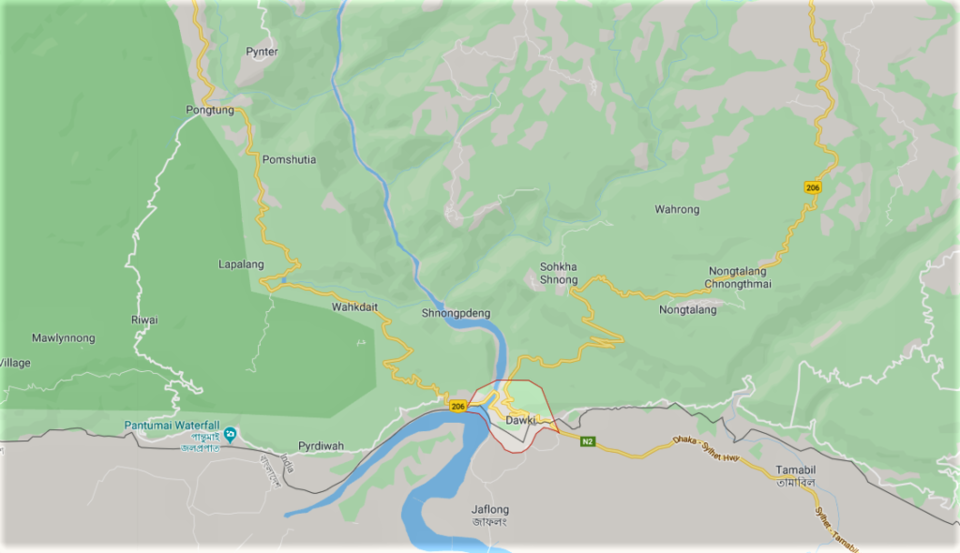 There was heavy rainfall in Dawki for two days, so the water had become cloudy. ???? Locals also mentioned it may take at least 2 weeks to get back to a clear state. ???? we had to buy the story, as they had just come from Dawki. Thus we left krangsuri Very late say by 2 pm.

Further, our journey was taking a shift from mountains to plains, we were losing altitude and almost every viewpoint gave us the same view. The view of a plain land till horizon... It was just was 30 km away but it took us more than 90 minutes to reach. If you look closely at the map, the route touches the Bangladesh border before we reach Dawki.

As we were nearing the border say 3 km, the journey became slower as there were trucks loaded with boulders parked to the one side of the road. We saw as many as 700 plus trucks parked occupying half the road. Our driver said all these trucks take boulders to Bangladesh. These trucks are not allowed to go during the day, so they had parked it there. 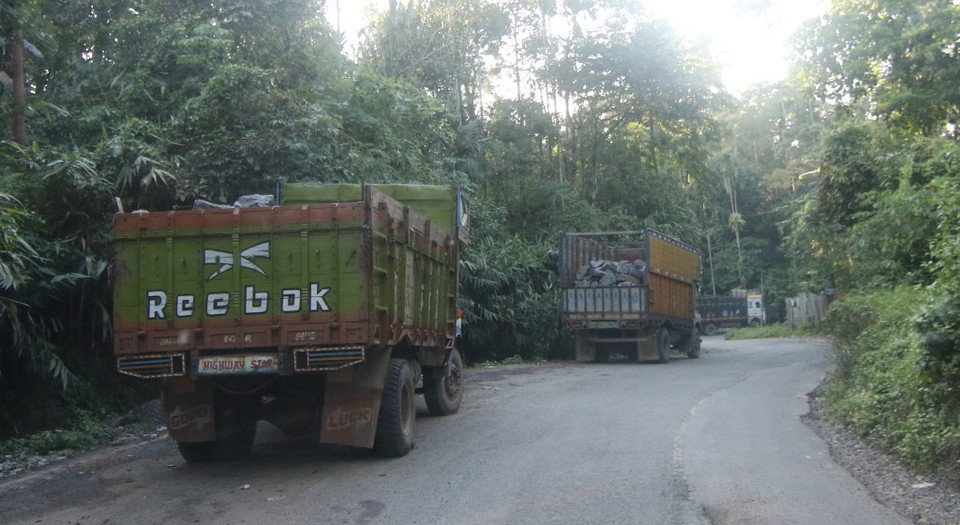 95% of Bangladesh is plains with riverine alluvial soil, so any sort of construction road building bridges they import stones boulders from India. Cant imagine plight of a country importing stones for constructions. How blessed we are, to be in a country with vast and abundant variety of resources. How important it is to proctect these resources? Hope, there is a check on this boulder export ???? which happens, exclusively in the night.

So this was Third international border visit for this trip, so we did not want to miss it. ???? 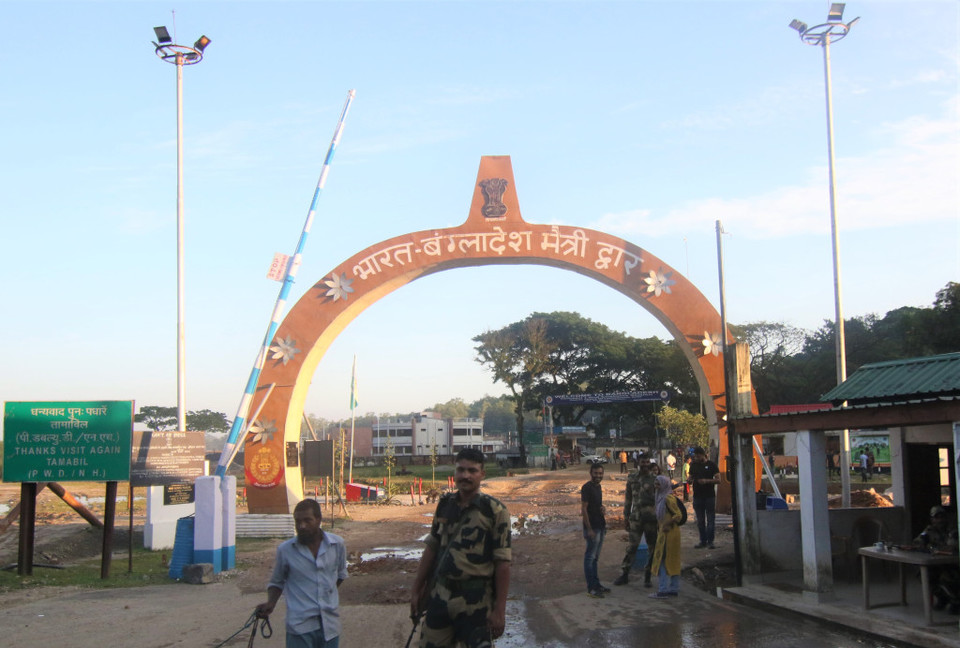 At this point we realized there was only half an hour left for sun set. ???? so we rushed to Dawki. The driver stopped the vehicle and asked us to walk 100m ahead. we got down, to see turbid green waters of Umngot River. ???? But this wasn't the place we were expecting, 100s of boats atleast 1000 people were there. Each boat charges 700 or 750 /- we decided not to get down, as we had one hour more to travel to reach Mawlynnong. 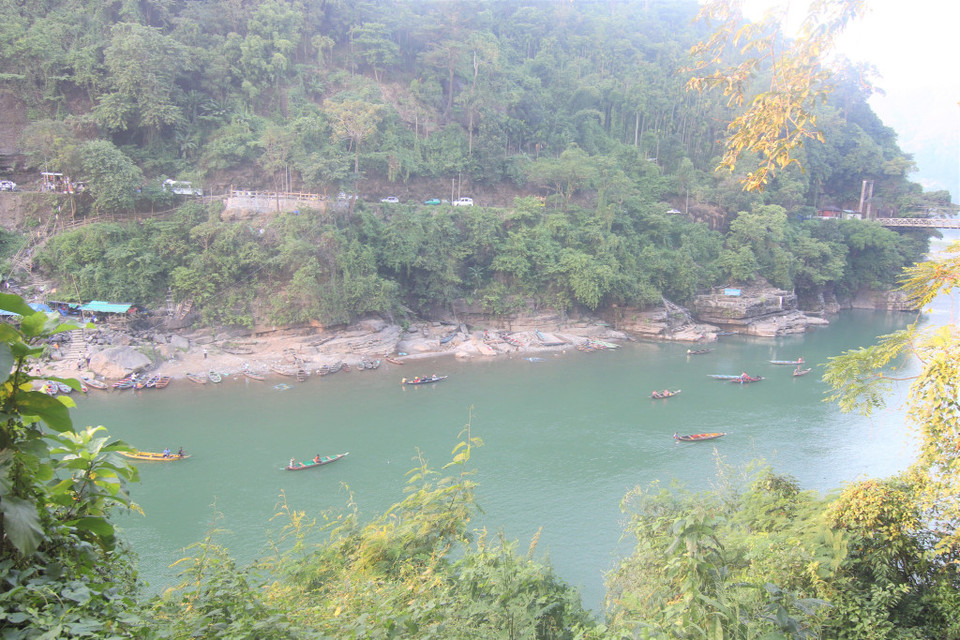 Sad we did not find the famous bridge, which is seen in almost every Dawki photograph. we just clicked a few sunset pics with Bangladesh in the backdrop ???? and walked ahead. Then we saw 'the bridge' ???? at a distance, we walked till the bridge. But pedestrians were not allowed on Dawki bridge and vehicles were not allowed to stop, to click photographs. 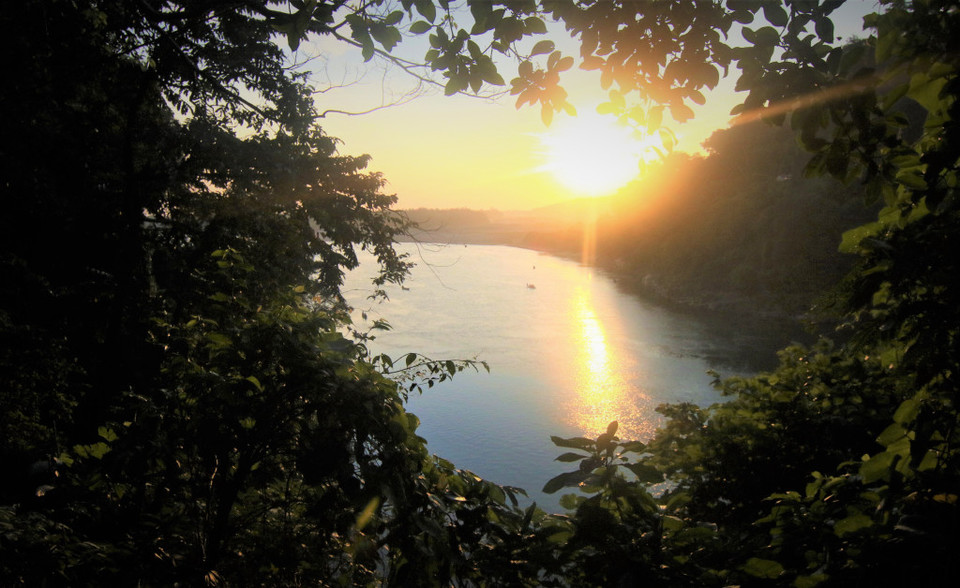 Usually everyone mistakes typical Dawki photos are taken from Dawki bridge but these are taken from Shnongpdeng Bridge. If you want still waters and magical photographs get to shnongpdeng. I can call it less known paradise, which is 7 km from Dawki boating point. To experience it the best, one should to stay in tent accommodation in the vicinity of the bridge. come out when the sun is Bright and straight up on the head. Sun kissed magical water, levitates the boat ???? ????

Activities like Kayaking are also available in that place. We did not get to experience Shnogpdeng, all thanks to heavy rain and cluttered water. Never mind,

one hour drive from there, narrow roads, pitch dark, hungry us reached RB homestay, Mawlynnong. Yes! The cleanest village of Asia ???? our home for next two days. ????