The Trek that it was!
The Bamboo trail trek to reach the king of stones - U Mawrynkhang.
The Spectacular Mawryngkhang trek starts from a remote village  tucked in the East Khasi Hills of Meghalaya called Wahkhen'.
It is one of the most thrilling treks to venture into a path mostly connected by bamboo bridges along the mountain ridges over the roaring river.

The trek starts with a bamboo trail along the broom stick farms leading to a rough stony path till we reach the cleanest river in the region ‘Umrew River’.
Thereon the adventurous journey starts with crossing the river on a C shape bended bamboo bridge further leading to stony path.

The trail leads us through some scary bamboo bridges on the ridges of the rock for most of the trek,  the only support to the bridge being the steep, smooth edge of the rock alongside which the bridge runs.  The course of  this scary Bamboo trek is  amidst forests, astounding waterfalls, Rocky caves, stony stair routes,  and breathtaking view of the valley.
The trek becomes a bit difficult after we  reach the view point from where U Mawryngkhang is visible standing tall, isolated from the rocky cliffs nearby.

The final stretch to reach Mawryngkhang is the toughest of all, where the path leads us under and through a rocky cave  and then  through a 150 m bamboo skywalk and finally a steep  climb over a 100 meter tall  bamboo ladder to reach to the top of the Stone.  As we conquer the great Mawrynkhang... The view of the river gorge from Mawryngkhang is captivating!

* Wahkhen is being introduced as a new destination on the tourist map in Meghalaya. The villagers initiated to build a bamboo trail all by themselves without the support of Government and it has taken them  a year to complete it. 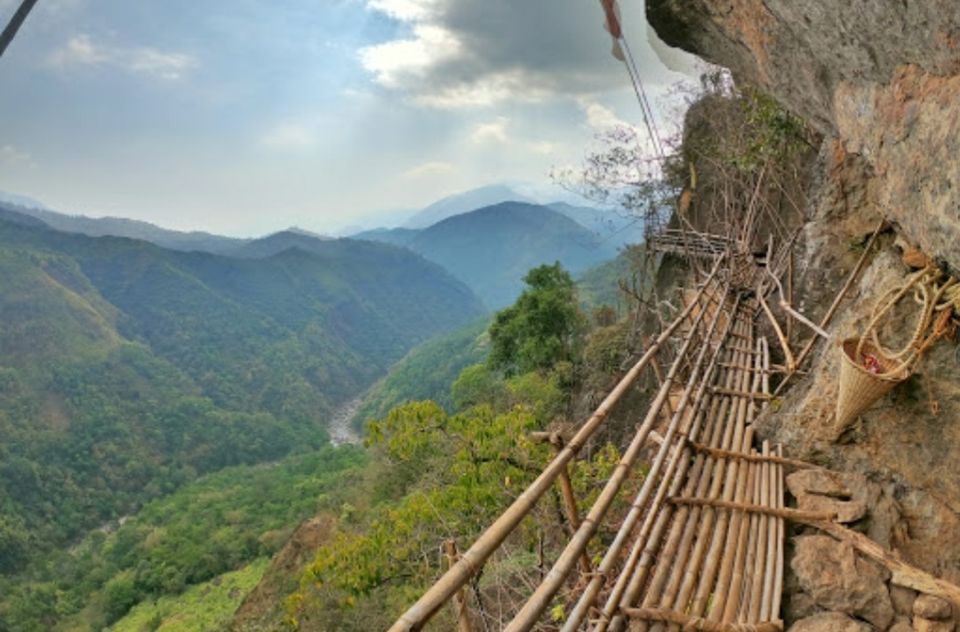 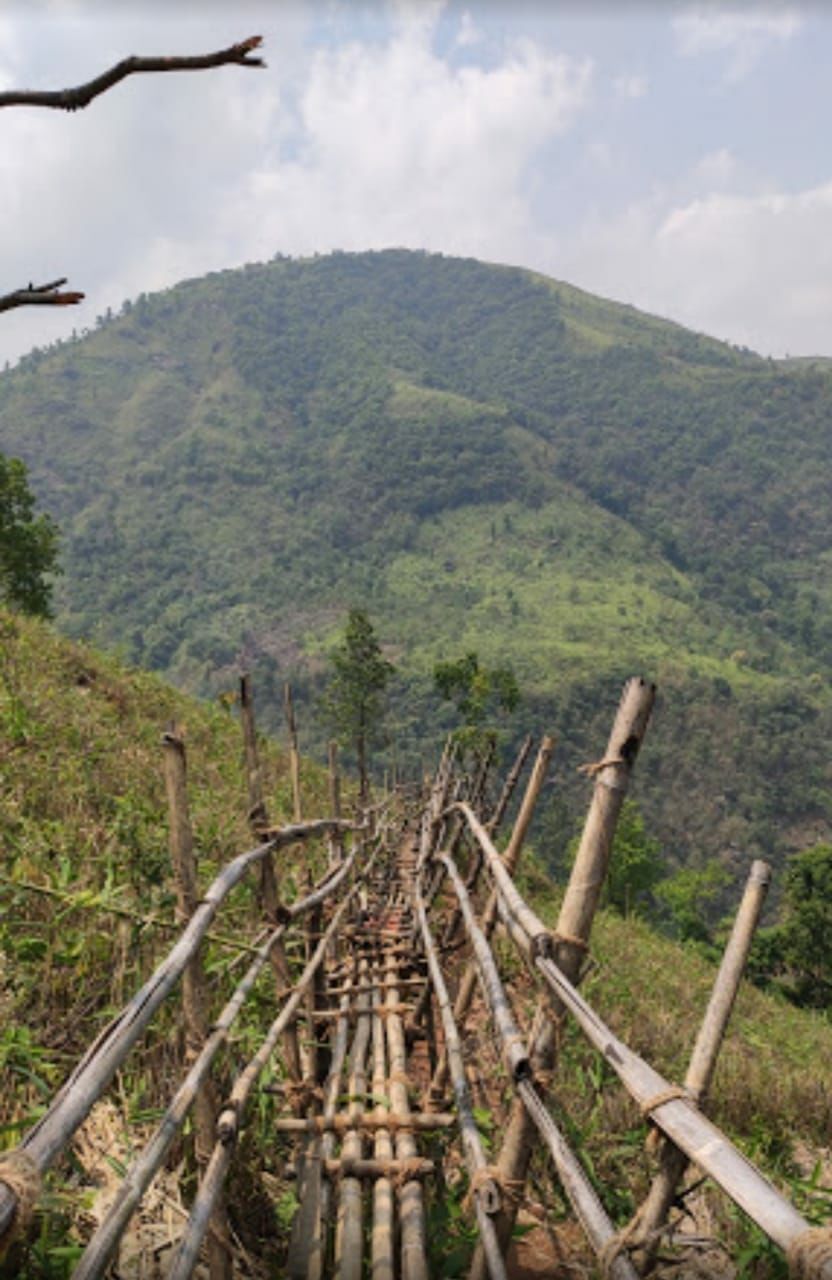 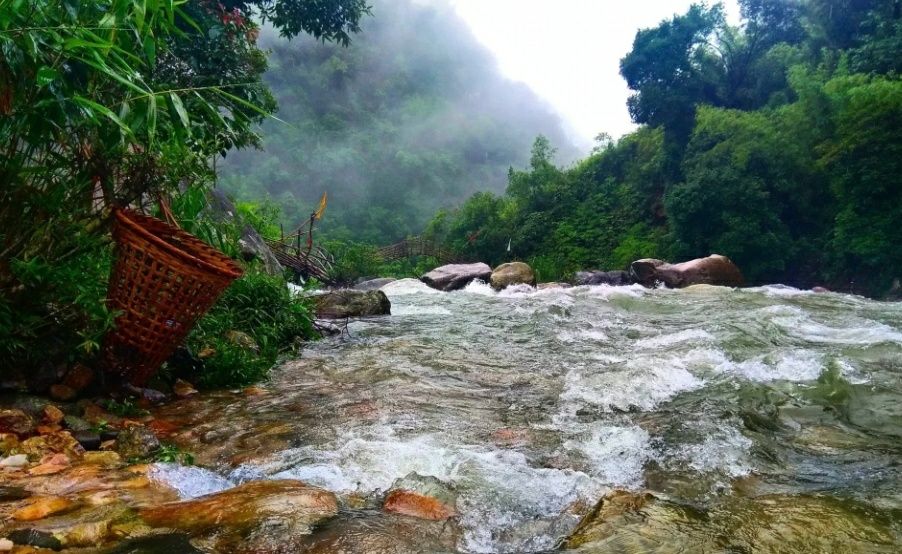 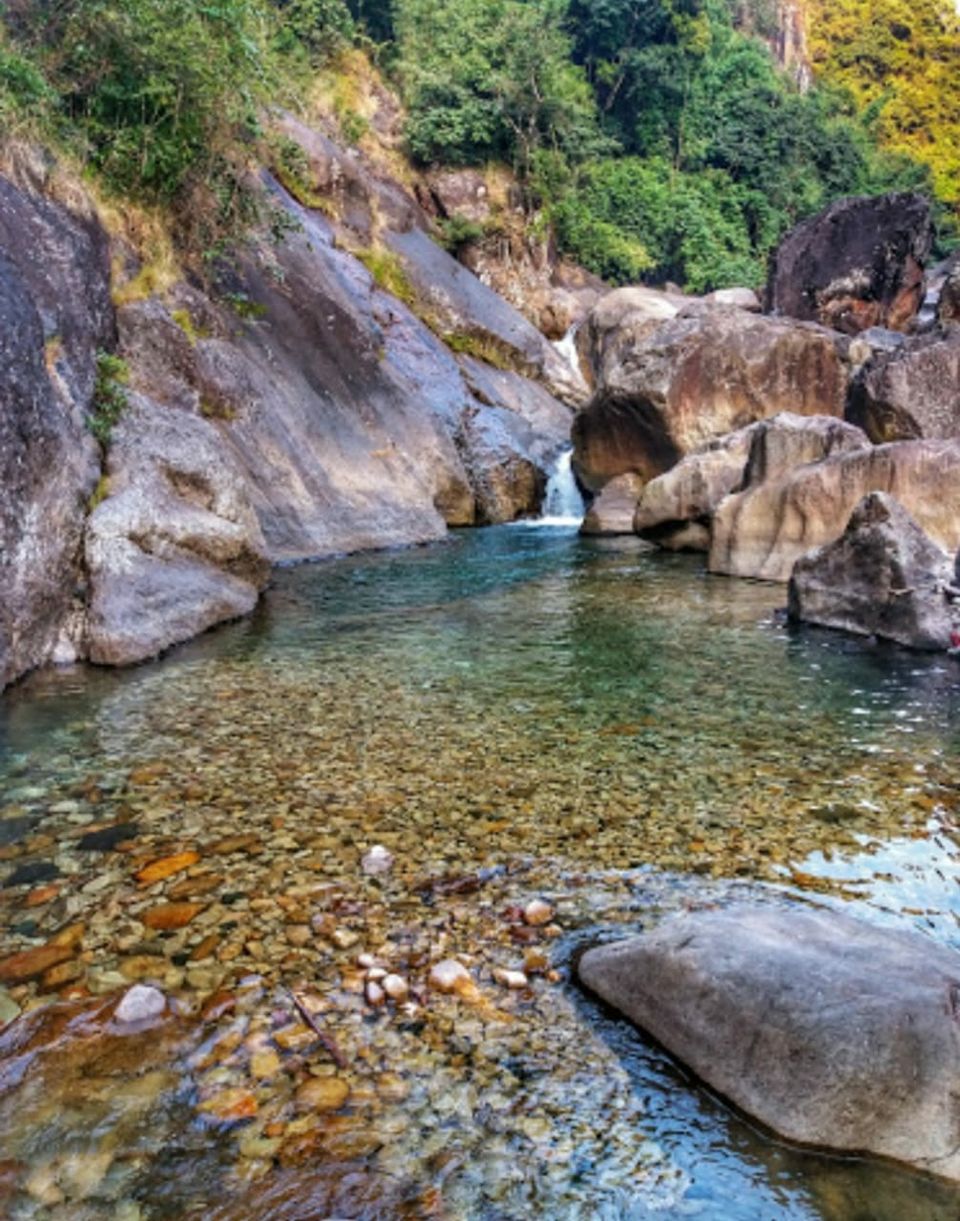 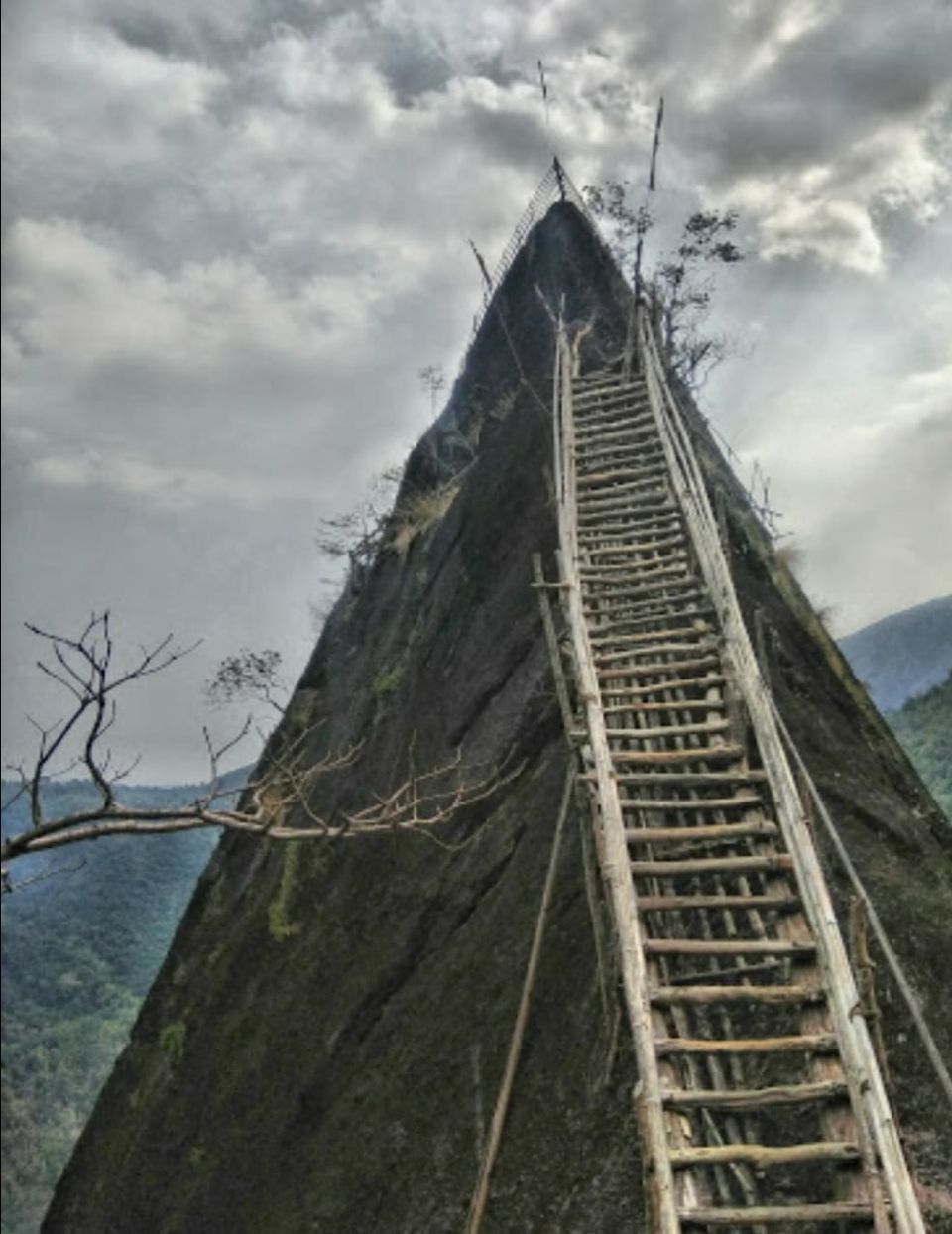 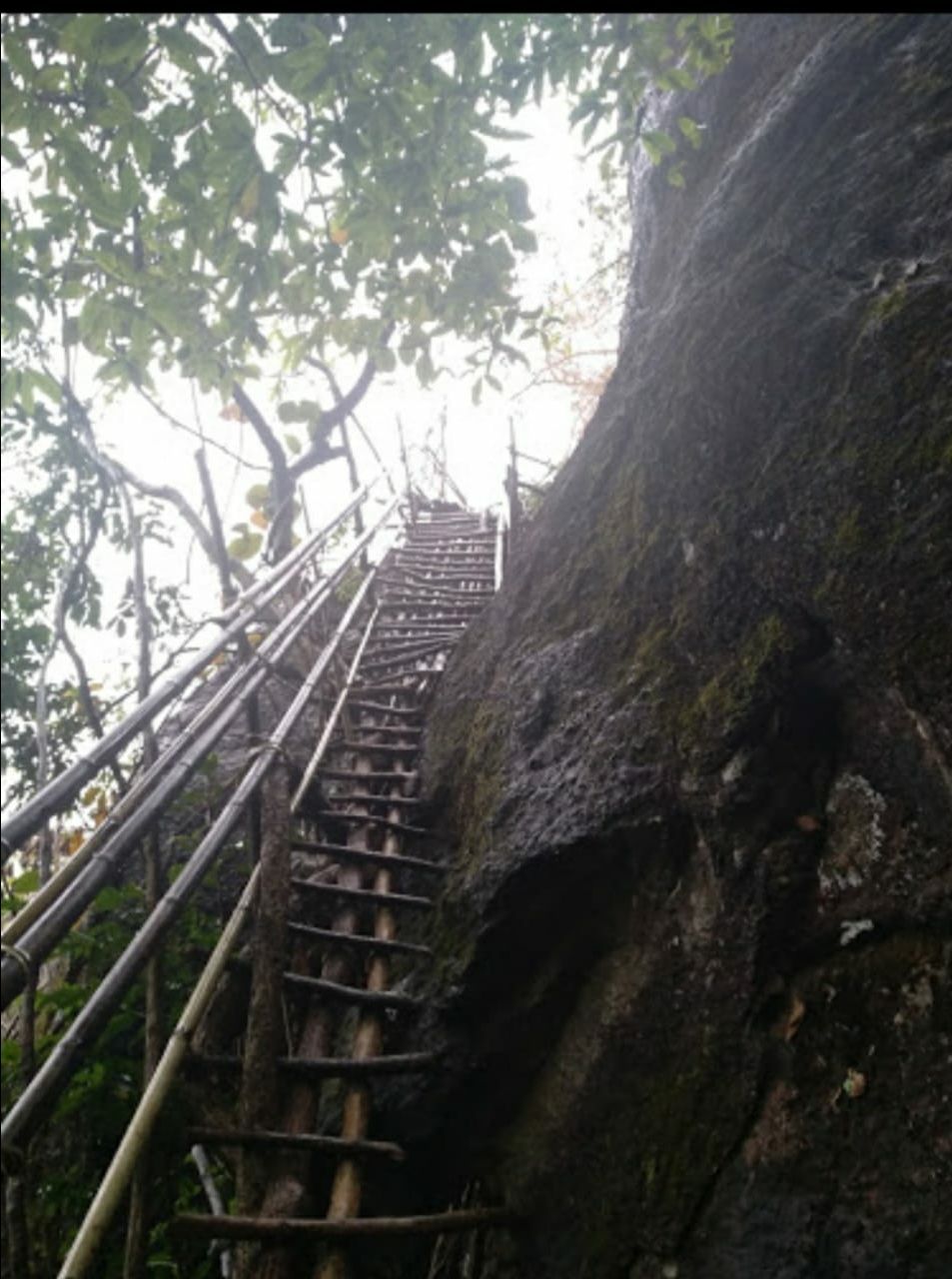 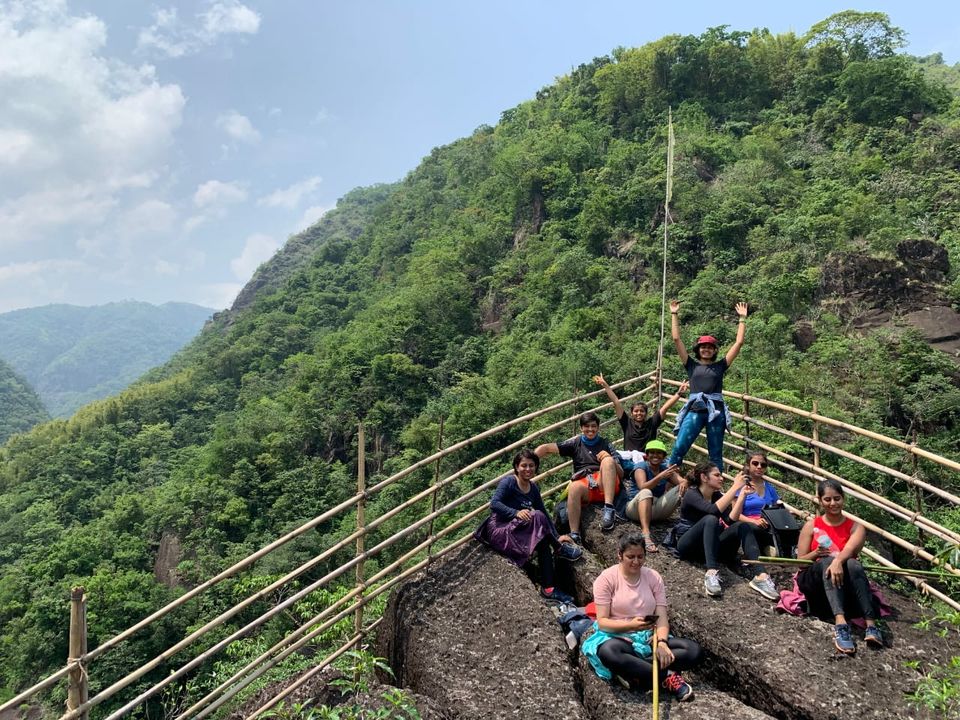 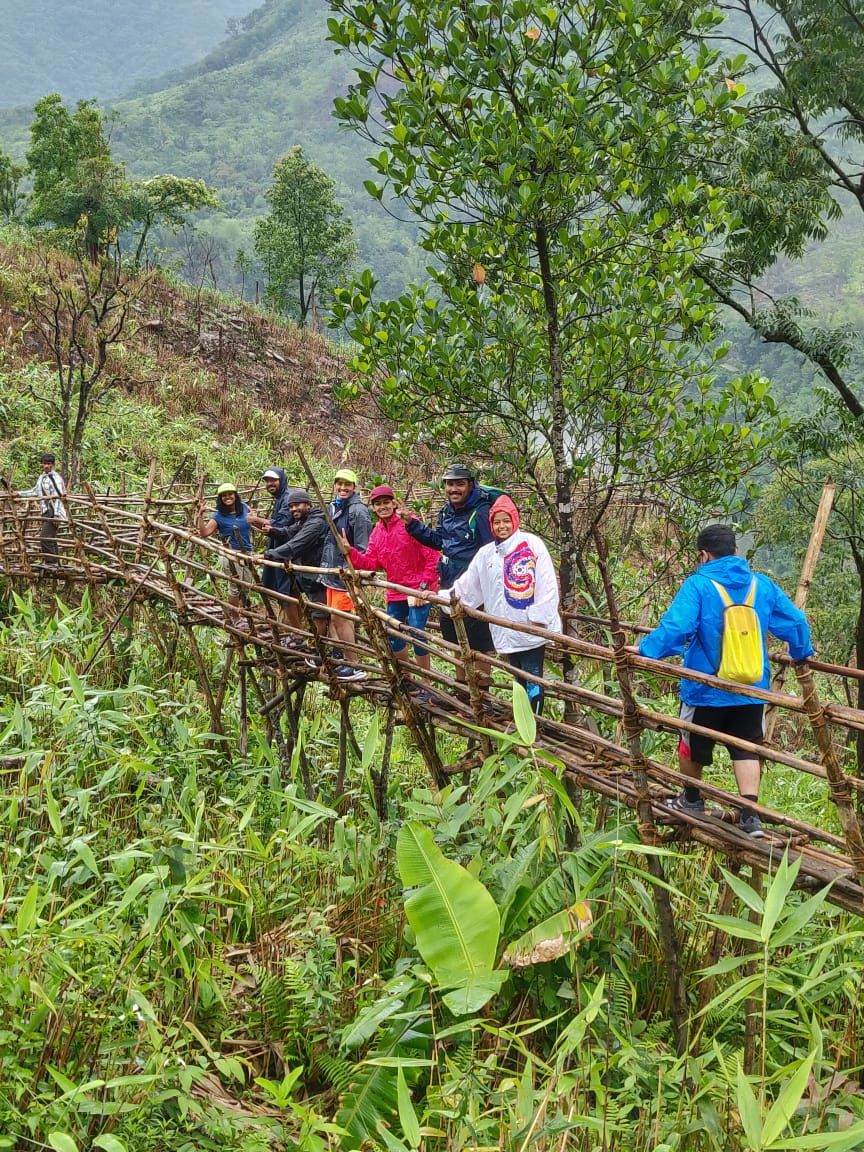