My story starts from December 2017
I reached goa, finally to my trek base camp , I was there for my Goa Beach trek & Dhudhsagar trek by YHAI.

I was the very first person to reach the campsite that too early morning. I had friend who stayed in Goa so i went to meet him as soon as i freshened up. I had absolutely no idea what was awaited. My destiny had a beautiful plan for me that day i was totally unaware of.

As i came back to the campsite it was already 3pm and the lunch time was over. I was starving so i went into the kitchen tent and requested them to please give me lunch if they had any. To my surprise the kitchen person was generous enough to put the buffet again for me and for a guy about whom i had no i idea about, may be even he had requested for the same.
As i came there to take food i saw a young handsome looking guy standing there with a plate in his hand. I never really believed in 'love at first site' philosophy. But trust me when i say this...the moment i saw him i was awestuck. There was this weird feeling in me which i felt for the first time in my life. I felt that instant connection, that bonding, that thing i cant really put into words. I dont remember who initiated the talk but soon we realised we both were from Mumbai and both were good trekkers with an experience of a couple of Himalayan treks but were there in goa because we just wanted to be in goa for Christmas . Neither of us had return tickets. So many coincidences at a go was hard to digest.

The moment from which we started talking we kept on going.. dint really end. We kept on talking and talking and talking.
I always thought i am the only one idiot in the world and there is not one like me or someone who can understand why am i so. But here i was with a person who was exactly the same. Same as me. A male version of mine. With same values, same thought process , same ideologies and same nature. So we instantly connected and became very good friends. No one in the group could believe that we had just met each other a couple of hours ago. So rather than explaining people something which even we were not able to figure out, we told them that yes we are friends since 2 years but coincidentally booked the same trek and had no idea about it. People actually believed this. The entire trek was an amazing experience. I got to know him even better. We had deep conversations along the beach side. We even shared our dark secrets. I could connect really well with him. We soon built a trust in each other. We become best of buddies on the trek.

The trek was over we came back to Mumbai together. I knew i liked him all this while. I knew i was falling for him but i thought may be its a passing fling and will vanish once we get busy with our lives. When we came back to Mumbai the conversations still continued. Calls , messages and video calls went on. We came much more closer and when i met him again in Mumbai both of us knew this wasn't just a fling, this was much more.

We thought alot about this before getting together. Because we both clearly knew we had no future together, we were from different religions ( Hindu-Muslim) neither of our families would have had accepted this no matter what!!

We tried a lot to act practically and think rationally. But when emotions take over nothing works. We finally decided to give it a serious thought. Because we were the people who believed in living in the present.
So we took this leap of faith, got into this relationship and started living in the present without thinking of the consequences.

We thought we knew we could never be together in future, so we may not get that serious and wont keep any expectations. But when you fall in love , you fall head over heels and no one can save you not even you yourself. We both fell in love madly and deeply.

As we both loved adventure, trekking and travelling we travelled alot. We did couple of treks together. For the first time in my life was so sure about someone. I felt secured with him as if he is the one only. I introduced him to my family and friends. He introduced me to his friends and colleagues. We were so engrossed in each other we had no idea what was served for us in our plates next. Destiny had a different plan.

His family pressure for marriage was getting on his nerves. He was not able to resist it anymore. They started looking for a match for him and they even found one. He dint wanted to but had to come n talk to me about this. But the timing was so wrong, as it was my birthday next day. I was heart broken. But as we had promised each other that no will stop the other person to stay and marry against the family , i initiated the breakup. I had to. I had to let go of him for his happiness. I knew he loved me but he loved his family the most. Family comes first. We broke up. I was shattered even he was. But we had to part our ways. We got separated without a word. Without even trying. Because we had such past relationships where our families dint excepted the fact that we went against the caste and here it wasn't just the caste but the religion barrier.

In this era of modernization, two lovers are not forced to separate they themselves get separated for various reasons. Because still we haven't grown enough or developed enough to let people fall in love irrespective of religion, caste, creed, colour and status.

Its been more than a year now that i havent seen him neither have i had a word with him but deep down in my heart i still love him and i will always love him. I am sure even he feels the same. He is been married for a year now and i happy that he is loyal to his wife and is doing his duties amazingly.  Even i have moved on with my life but the feelings ,they never die, they will always be there. I m sure one day we will meet again, we will complete our story. We will successfully give it a happy ending. For now we are back again to being
strangers but this time with many beautiful memories.

On the summit of Visapur Trek, Maharashtra,. 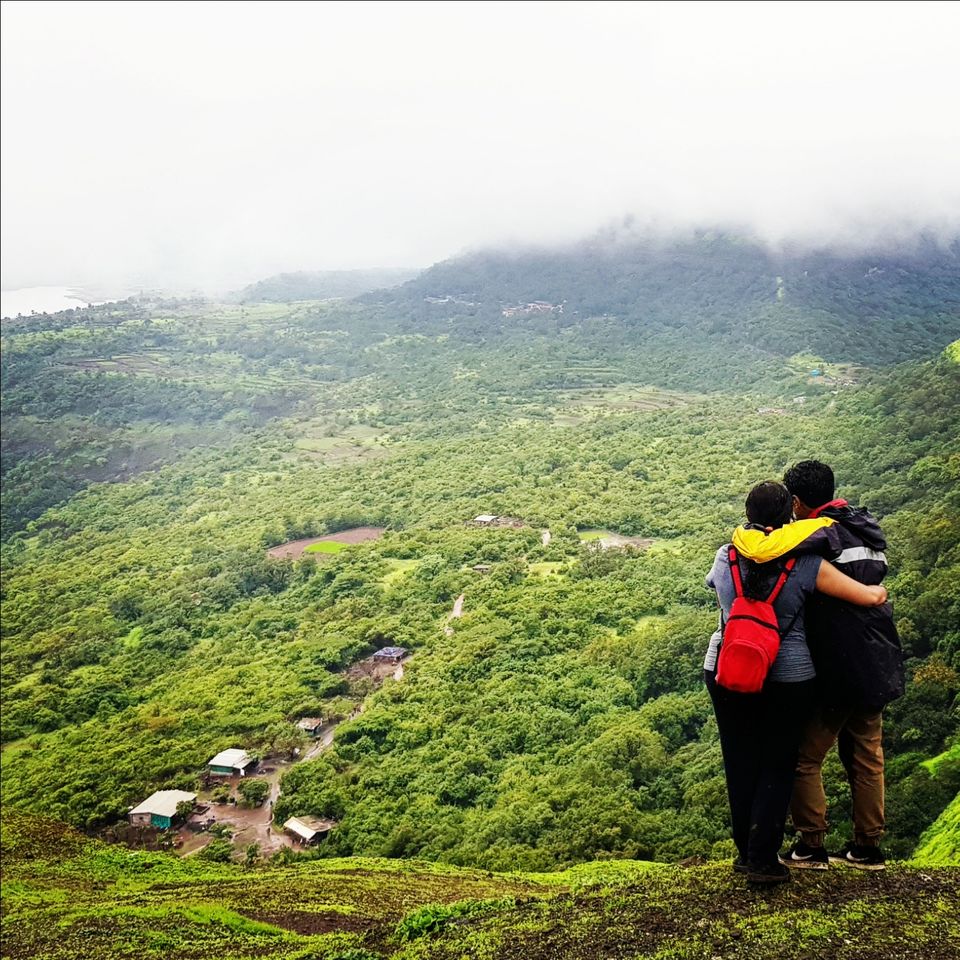 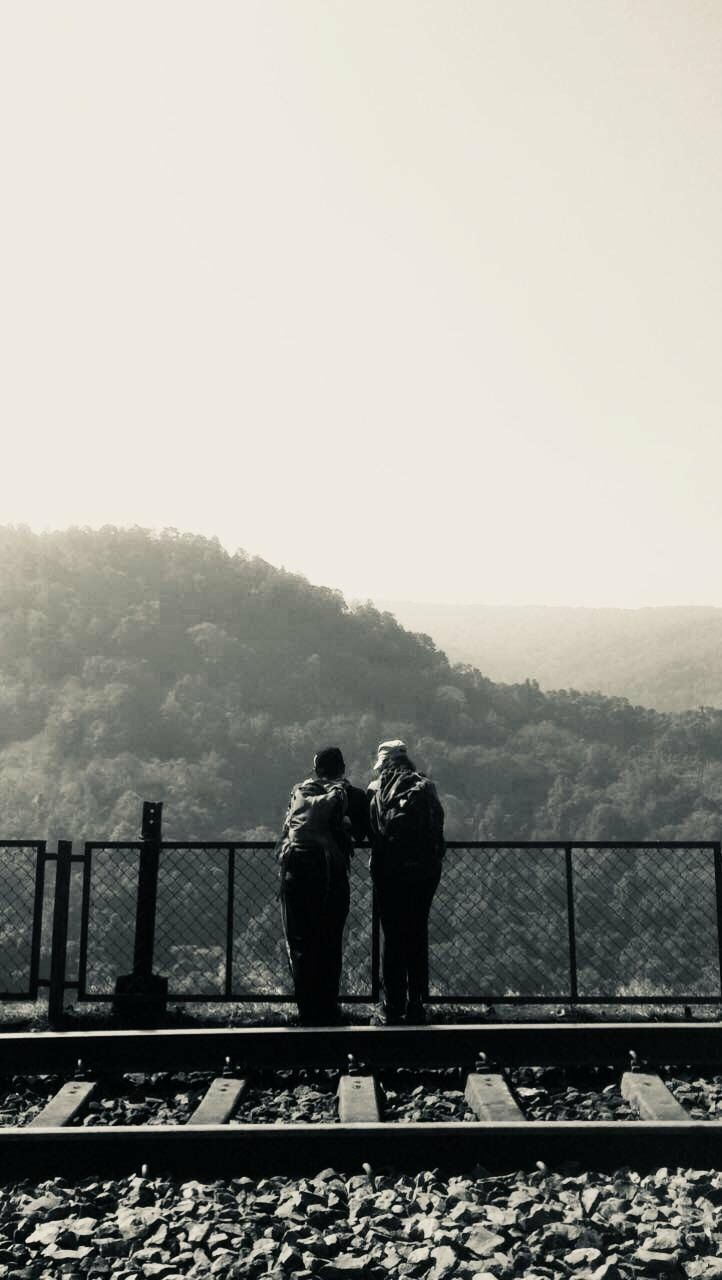