Top Things to Do in One Week in the Philippines

Scattered like jewels across the Pacific Ocean, the 7,107 islands of the Philippines lie well off the radar of most travelers, despite the lure of the riotous fiestas, stunning beaches and some of the best diving spots in the world. Many avoid visiting this former Spanish and American colony because of the reputation of its infamous and hectic capital, Manila, and the sex tourists who throng to the largest Catholic country in Asia. However, it is the islands rather than the cities that define the Philippines experience. Each has its own unique character, most are covered in dense jungles and volcanoes, and almost all have glorious beach-fringing coral reefs. Drifting from island to island on an outrigger ferry only adds to the sense of being an explorer on a new frontier.

Rice terraces on an epic scale at Banaue

Butanding (whale sharks) on their annual migration past Luzon Island

The spooky hanging coffins of Sagada

Survive a night out in Manila - Asia's most notorious metropolis

Travel by outrigger ferry between the islands of the Visayas

GETTING UNDER THE SKIN

EAT: Adobo (pork chicken stewed in vinegar and soy sauce) - the national dish of the Philippines.

READ:  In Our Image by Stanley Karnow, a harrowing expose of the American Colonial period in the Philippines and F. Sionil Jose's Spanish-era epic, Dusk.

LISTEN: to the sentimental croonings of karaoke favorite Jose Mari Chan, and the agreeable Pinoy-rock of the Eraserheads.

The Philippines is huge. It might not look like it on the map but you've got to trust me on this one. When you finally sit down to plan a holiday there, the Archipelago's size and magnitude hit you. Hard. Sure, it's not as spread out as the Americas, or as culturally diverse as India, but what makes it special is the sheer multitude of things there are to experience and places there are to see. You'll be island-hopping like a Mudskipper on a good day, buzzing with sensory overload. So you'd best get yourself a map and a big red marker and plot this baby, because cramming all that awesomeness into one little trip is going to test your planning skills.

Manila is pure brouhaha. That's the only word to describe it. Never has organized-chaos looked so appealing. Elongated jeeps called 'Jeepneys', all shiny silver and flashy paint jobs and cyborg-like motorbikes with sidecars called 'Trikes', zip around the roads, skirting traffic. Skyscrapers stand side by side with shanty towns. And the people : Manila is a pretty small city, but there are so many people here that it's earned the title of 'most densely populated city in the world'. But the gentle, Tagalog-speaking folk are a likeable lot, so really, it's okay that there are so many of them. If you have a few hours in Manila, there are a couple of places you must visit. The Walled City of Intramurous is Manila's oldest district; it was where the Spanish ruled from in the 1500s. Guarding the city is Fort Santiago, built by the conquistador Miguel Lopez de Legazpi. National martyr Jose Rizal was imprisoned here before his execution in 1896 for seditious activities. Rizal Park, adjacent to Intramuros, pays homage to the hero, and houses the Rizal Monument that contains Rizal's remains. Intramuros is also well known for its cafes and restaurants. Hunker down at one of them and sate your hunger. Chinatown is nearby and is great for a round of bag-shopping and a dose of the crazy before heading to sophisticated Makati for high-end retail therapy and finally, check out the nightlife at Ermita. Be wary of people offering you beer- accepting one is a secret code for ....ummm..consent! 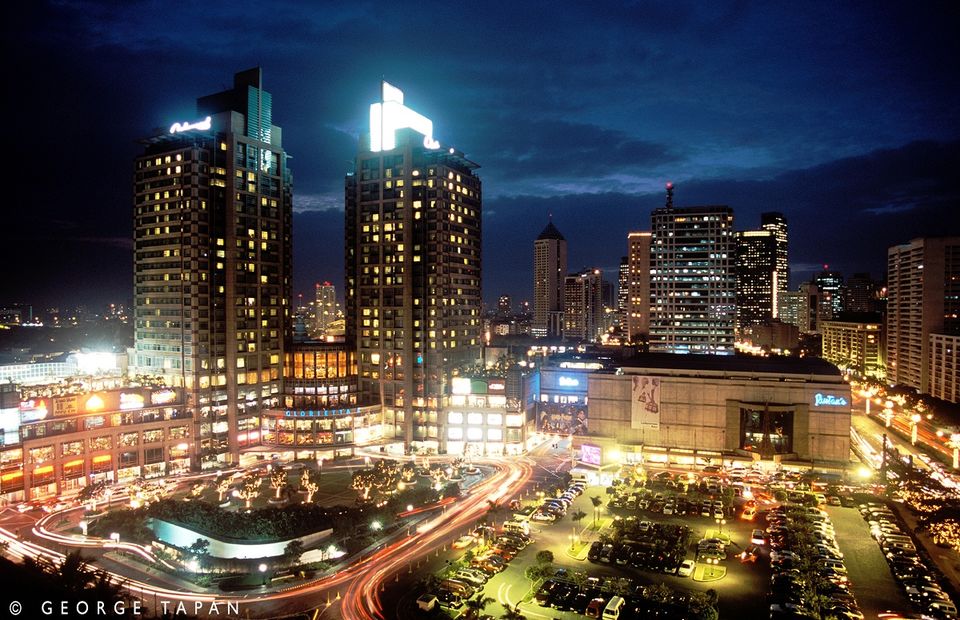 Okay, try this one : A volcano within a lake, within a volcano, within a lake, within a volcano. Sounds a bit like volcanological equivalent of a Matryoshka doll, but if you're local on Taal Volcano Island, this will make perfect sense to you. This island is actually one volcano, but eruptions in the past have created mini volcanoes and water filled calderas in it and have given the island its catchy slogan. Let me break it down for you again: The entire municipality of Talisay Batangas is believed to be a volcano, within which Taal lake was formed. Within the Taal Lake lies Taal Volcano Island, within which lies another tiny volcano islet. Now read that backwards and you will know what I am on about. When you walk to the ridge of the caldera, the earth, reddened by sulfur, spews out foul smelling streams of smoke. Stick an egg into one of those smoking holes, says my guide, and it will cook through in three minutes. There are two ways to get to the top of the Main Crater : you either walk or go the distance on horseback. Walking uphill is a tough task on the Daang Kastilla trail, but it's the easiest (though some say its treacherous because of the sulfur emissions) and most direct route to the top. When you finally get to the top though, look at the green waters of the lake within and you'll see white patches here and there. Those are bubbles- the water is literally boiling hot. Ask around a bit until you find the 'Secret Place' - a narrow path that leads to the absolute edge of the ridge. From here you can see the entire island in all its glory. Tufts of smoke curl up into the air from a little hole at the tip. It is almost like walking up the spine of the dragon, towards its smoking nostrils. Now is when you take a moment to let it sink in : you are standing on the ridge of an active volcano. You can almost feel the earth shaking beneath your feet, the heat penetrating the soles of your shoes. You now officially have bragging right for a decade! 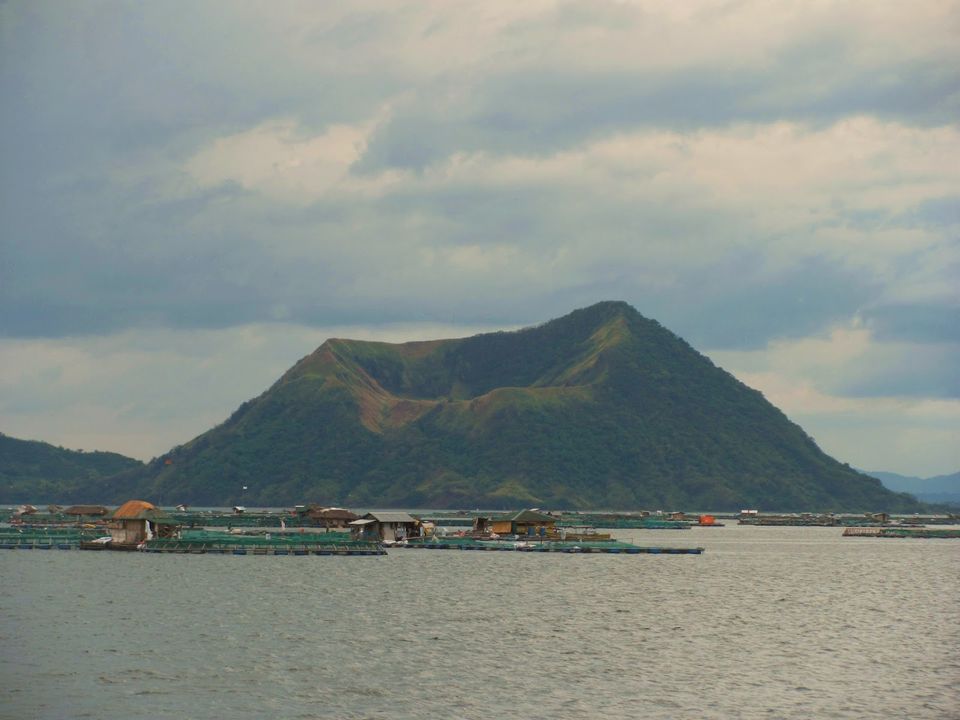 Giant popcorn. A blue tree. Yellow bath sponges. Brains. There are scientific names for the coral, but I prefer these. We are at Apo Reef, and snorkeling here is fantastic. We catch a boat from Sablayan town to get to the reef. About 30 minutes later we bump into Apo Reef Island, and witness the water changing colors dramatically because of the sudden change in depth. There is hardly anyone around; the island and the reef are protected by the military and only a few people are given permits daily to regulate the traffic. Apo Reef is the largest atoll-like reef in Asia. It encloses a lagoon, but unlike most other atolls, the series of reefs forms only half a circle. It's the second largest contiguous coral reef system in the world after the Great Barrier Reef. Along with the surrounding Sulu Sea, Apo Reef, in the province of Occidental (west) Mindoro, is a national park. The word 'Apo' means elder or grandfather, so I'm guessing the reef's ancient. Before we get into the water, there's exploring to do. We trek up the lighthouse to get a lay of the land. The island is a weird one : on one side you have the prettiest beach with the bluest water, but turn and you'll be met with views of a mangrove. The lagoon has given rise to a thick mangrove forest, which we are told, is home to some crocs. How the heck did they get there? As we cross the water in a makeshift bamboo raft to go snorkeling, I'm thinking of Life of Pi and half expecting meerkats to jump on-board. It's eerie, but very cool. Apo is one of the best spots in the Philippines for snorkelling. A must visit for all snorkelling enthusiasts. 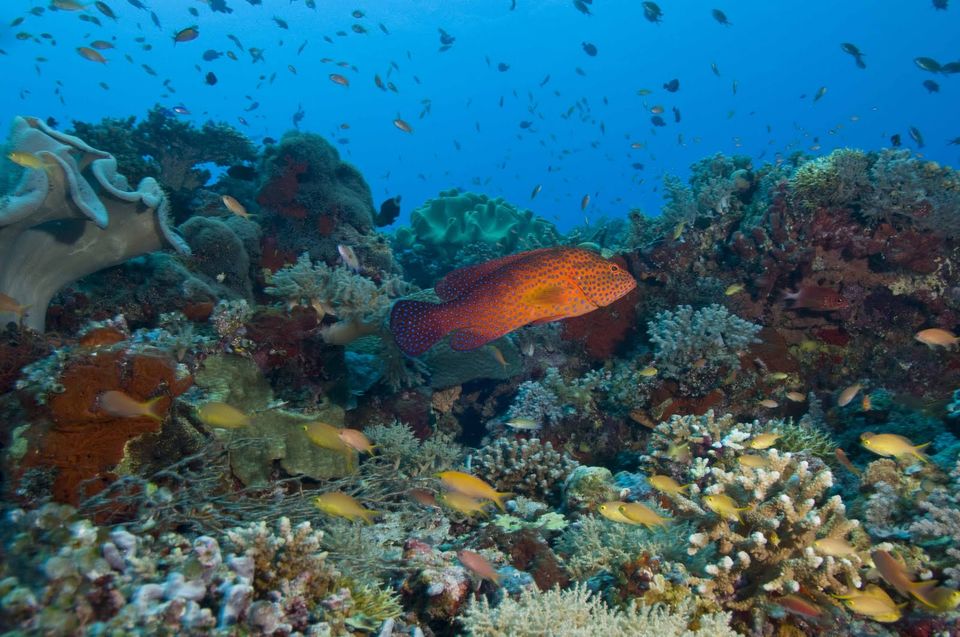 Laid back and frivolous, the name El Nido sounds like something from a Disney Movie. But I'm sure even ol' Walt couldn't have come up with a dream land like this. For starters, have a look at the rocks that jut out of the water..and out of the ground. They're ridiculous. They have no business being there, yet there they are poking their noses out and trying to be a part of everything and looking so gorgeous it's unbelievable. They form an impenetrable limestone karst wall around most of the town, blocking out the wind thus making the climate muggy. But we'll forgive them because they're so silly. Then, there are the islands around town, a whopping 45 of them, almost each one with it's own personal dive spot. Looking at a map, I have a hard time trying to decide which ones we want to go to, and realize that one day in El Nido isn't going to cut it. We'd need a year. We decide on the few closest to the mainland and try not to think about what we'll be missing. But tales of one of our islands being featured in The Bourne Legacy do well to mollify us. We set out early the next day, wanting to cram as much in before the sun comes out. Copter Island (also Dilumacad Island) is first on the list, earning its title from far away. This was the Bourne one, and it doesn't take us long to figure out why it's earned star status. Snorkeling here with kids is great because the coral is so close to the milky white beach. Wear mosquito repellent here, or any kind of lotion. Also be wary of plankton in the water in the early hours of the morning; you could be stung. Next on the list is Big Lagoon. More limestone outcrops, but this time looming out of the water like a huge gateway. Think Lord Of the Rings and the entrance to Nen Hithoel. The waters are perfect for dropping a kayak into and paddling about in. The shallow waters reveal prickly sea urchins, little black spots stuck fast to the sea bed. 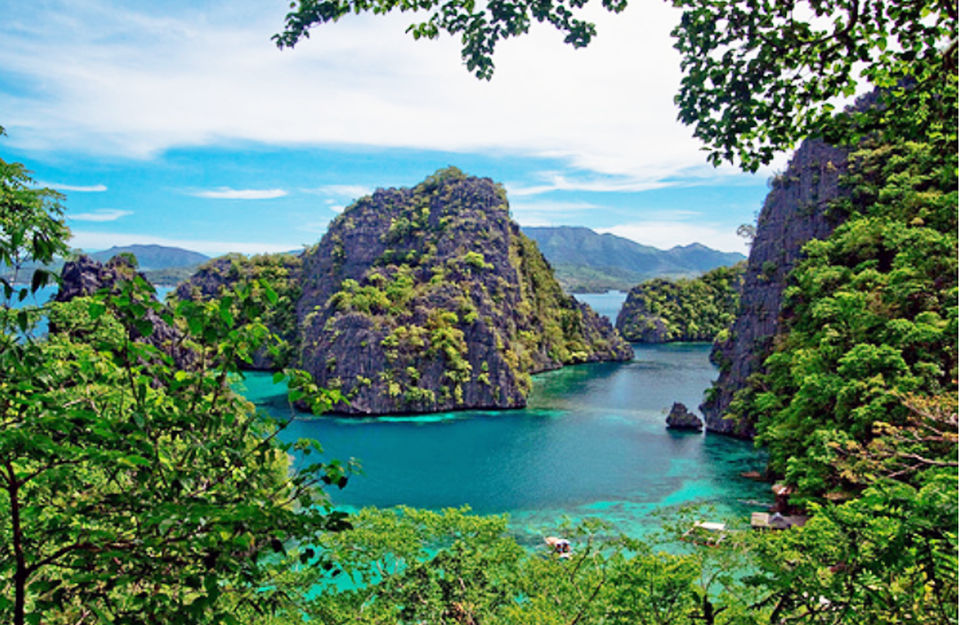