A missed train to Mount Abu 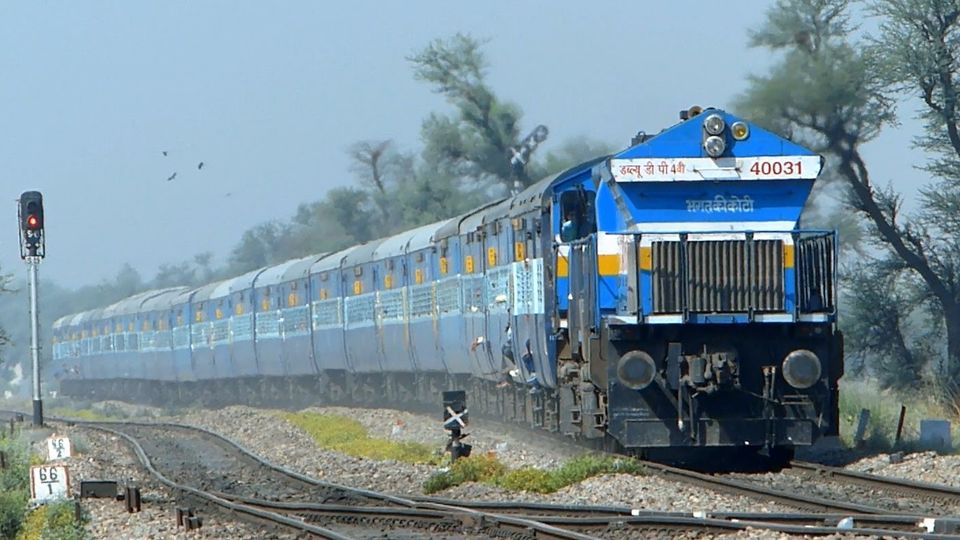 “A missed train to Mount Abu”

Indian railways have never been that punctual as they were on June 23rd, 2014. It was a competition between a train called Ashram and my family as we raced against time to reach at the Old Delhi Railway station so as to catch it on schedule. The clock stroked 14.30 hrs while the train was expected to depart at 15.00 hrs. Since the autos acted too pricey, we decided to opt for the metro. Never having experienced that particular route through the metro, we had no clue how much time it would take for us to reach the railway station. By the time the station appeared within our sight, the clock was already having a loud laugh as only 10 minutes were left for the train to depart. Carrying the only suitcase that contained every belonging of all the members, I felt like an ant lifting something 10 times of her weight. The only difference was that I was not as proficient as the ant. Running and pulling the heavy luggage, and asking every other person for help we finally reached the station. And as it was expected, we gave a heartfelt farewell to ‘the train that departed on schedule.’

The journey to Mount Abu Brahmakumaris headquarters would start with such a bang was something none of us expected. Since we missed the train, we doubted that whether we’ll go or not. The kids were sad because the next day they had their exams and they did not study, the elders were sad because they did not want to go to office the next day or tell their friends the cancelled plan that was earlier narrated with extreme joy and excitement. Everyone had the same question in mind- What next? And then for the next 6-7 hours the railway station became our bungalow, the waiting rooms our dining area and the platforms, the play area of the children. Though we managed to get waiting tickets for Ahmedabad express but the chances of getting the berths was bleak as the waiting list counted 300. Everybody sat together and asked God for some miracle. The kids were constantly bothering the old fellow at the ticket counter to check the drop in the waiting list. I, my sister and our mother were constantly bothering the kids not to bother the old fellow. Our next train was scheduled at 22.00 hrs. And we finally decided to give a last try to the waiting list. To our utter surprise the count came down to 80 and then our hopes grew stronger as we prayed more for some berths. The old fellow was amused as we told him about our missed train. He laughed and reaffirmed us that we’ll surely get a seat. We reached at the platform where the train was supposed to arrive. We saw many people dressed in white, wearing the badges of ‘Om Shanti’ seated at the same platform. The kids whispered “Mom, they are going to the same destination as we,” and my mom replied with a smile. Suddenly we were greeted by a lady who asked us about our journey. We informed them that we are going to the same destination as theirs, the Brahmakumaris headquarters and how we missed our train. And next I know we all boarded the train helping each other and sharing the food they brought. And if you’re wondering whether we got any seats or not then yes, we did. One person, one berth. No discomfort. We considered it a miracle, as for the readers- maybe another adventurous train journey.