We were all excited for our next adventure. We reached Ras Sudr at about 7pm. After a two-hour bus journey we were all tired and we wanted to take enough rest to be energized for hiking next day. Even after a tiring journey we all sat in a garden after dinner enjoying the famous sheesha and of course shai, the Egyptian tea. The night was low-key but fun. Our group coordinators played flute and guitar and sang some local songs. I did not understand what they meant but it felt really good.I was very excited for the next day. I had never hiked a mountain before. I wanted everything to be perfect so I packed my bag before sleeping charged my phone and speakers and kept everything in one place all set to conquer Mount Sinai. I couldn't sleep all night (which I regretted later) I was excited and scared I thought what if I couldn't do it what if I give up.

Next morning we woke up early and went for breakfast. We were instructed to not eat a lot (hahaha we knew why). After breakfast, we moved into the buses and we left for the base it was a four-hour drive from the hotel where we stayed. We stopped at a small hotel for refreshments. There we were given instructions about the trek and how we needed to work as a team. We reached the base at about 3pm and the view was mesmerizing. I forgot all my fears I just wanted to reach the top and see how the world looked like from there. 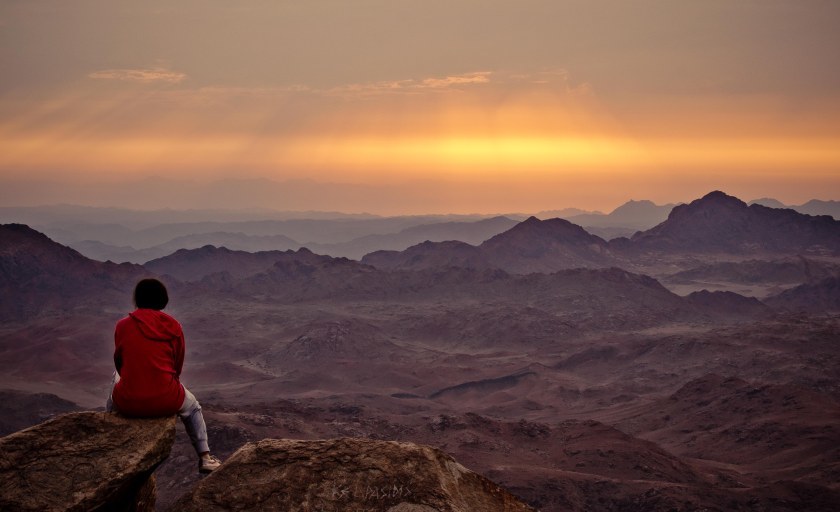