Breath in the Lama Land - Gangtok

I believe we travel in search of stories.

Gangtok is a potpourri of nature, culture, fashion, food, civilization. It is a keeper. The city is elysian and it brings out exhilaration from the steadiest of souls. The air gets cooler to roughly cold as one gets nearer to Gangtok while travelling from Siliguri, making the nose as red as Rudolph's. The Teesta trail is a treat to the eyes, and the names of the villages passing by, are a fascination. Take the Kalimpong district, that finds a beautiful mention in Kiran Desai's - The Inheritance Of Loss, which very well justifies its presence in the awarded literature.

Sikkim reclines on the arms of Kanchenjunga, giving peace to the lakes and its beloved Teesta. As you keep travelling from one arm to another, you find a culture, that the mountains accept, and so do the Lamas. The colourful Bhutanese prayer flags can be seen hanging high from where Lung Ta (a powerful horse) will carry the blessings to the surroundings. The 108, white - longer flags mounted on bamboo are deemed to bring peace to the dead. The monastries soothe the inner-chee, the young monks running to their science classes and the old ones spinning the prayer wheels or simply, soaking in the heat of the young sun. Believe me, if you are looking for words, bow to a Lama and ask the questions you've never uttered.

The rough Hindi statement in Nepali accent that caught my attention was, "Idhr ladki log ke paida hona bohot accha maante", (''birth of a girl child is considered very lucky over here"). The protagonist of the travel story is the Himalayan wilderness with it's vast terrain and beauty, but the elixir lies in the air, the prayer flags and the natives. You can walk on the roads of Vishal Gaon, look at the young and the old fashionistas as if dolled up for a Milan walk, with channels of stories flowing amongst them. It is much easier to find a sorority or a brotherhood in the streets of Gangtok and be a part of it. The city calls you to succumb to it's life, evenings with friendly chattering, streets full of the rasping sound of steam and teasing smell of Tibetan, Asian and Nepali delicacies in particular.

Go, looking for the yaks that find their stations in Tsomgo, or strolling in MG Marg looking for cups with dragon overlays and little prayer wheels, or simply discover a trail and walk down to Teesta to gulp in it's clear waters. Take your story home.

I started my journey from Delhi and reached Bagdogra Airport via Kolkata, by air. One can travel on rails, via New Jalpaiguri. From Bagdogra, we have exciting options to reach Gangtok - one may choose to hit the roads the conventional way, or take in the cool gush of air by flying in a helicopter (Rs. 2500 - 3000/- per head). Royal Oaks Hotel, is an OYO Premium, in Pelling, Gangtok, and has ultra luxurious rooms. The delights lie in the elegant sculptures of Buddha, amazing paintings that are capable of pulling you in deep thoughts of your own. Perks: Awesome food; rooftop restaurant; is at just the right distance from the main market of the city; friendliest staff! 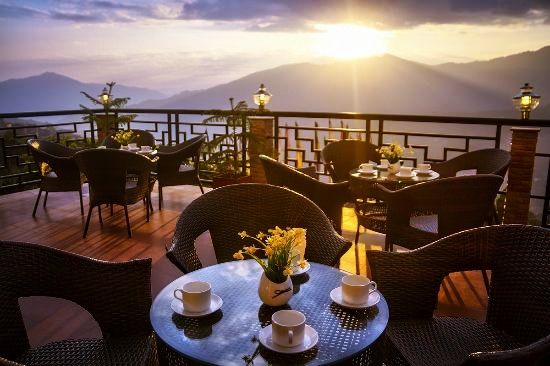 Sit. Relax. Watch the world go by. And an altogther different world entering your mouth. Chinese, Asian and Tibetan cuisine, a place with awesome ratings!

The town borders West Bengal and is the first town in Sikkim on NH 10, that links Siliguri to Gangtok. When the wild and beautiful Teesta river starts flowing along, you know it's Rangpo. Halt. Step out of your vehicle. Breath deep and smell the growing chills. Sip some tea. Let the beauty sink in. Here, you are ready for the upcoming amplified beauty!

Paragliding at Reshithang. Accompanied by my pilot, they called him Pilot Prateek, I went up the hill. Excited and reluctant, when I saw the high, steep hill, I lost my mind. The trainer told me to get equipped, run down the hill, and Jump! How could I jump? On the verge of giving up any moment, I thought, "..but I have to cross this thing off of my to-do list, hence, make the jump!" ** The moment I made the jump, the winds held me in their arms, higher, and higher. What came next, is beyond words! I was awestruck. It was Qualia. I started talking to my pilot. He is 24! and is paragliding since the past 8 years, this - not being his profession. Fear is momentary. What comes next (pause) is Euphoria.

The city is live! MG Marg is the main market and a beautiful place to go to. You can take a carpool for Rs. 20/- per head (yes, they have it, running the city even before the low-landers started making money out of it). The sophisticated Vishal gaon has a cheaper, more rugged local brother - the Chotey Gaon. The people are extremely friendly, you can hit a cheerful conversation very easily and get going on and on about yourself, parallely taking suggestions and P.S. notes from them. 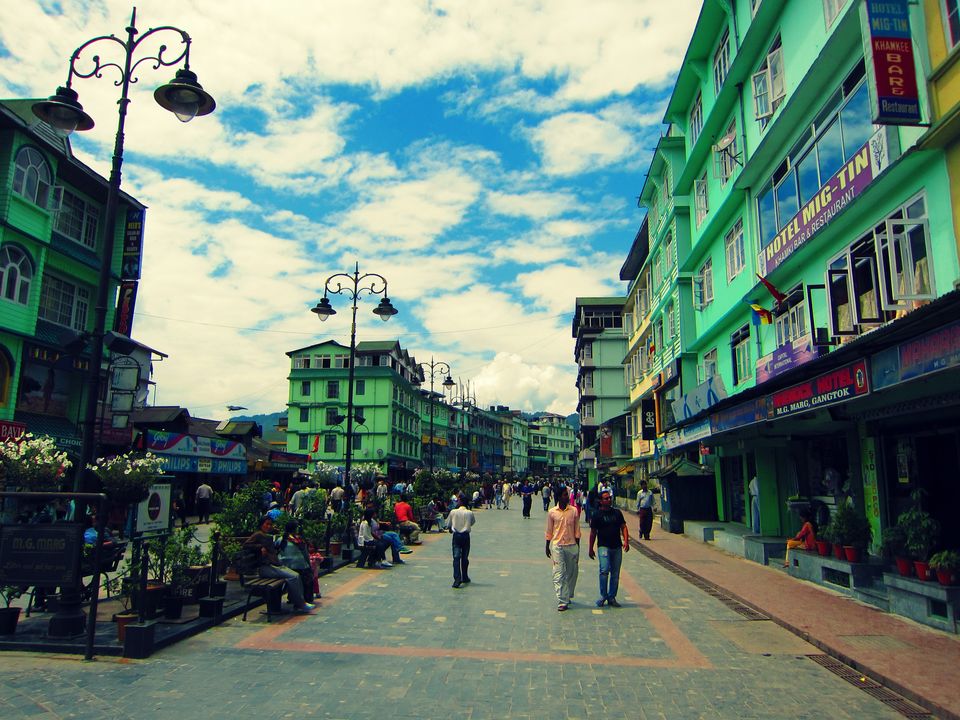 Asthetically astounding, the Tsomgo lake is necklaced by a kraal that is lined by the Bhutanese flags, the roadside driveway stationed with beautifully dressed yaks. You can walk through the bridge instrumented with the prayer wheels and bells, to the mountain side of the lake, that welcomes snow to settle. The terrain is majestic, instilling the power of the greater forces. 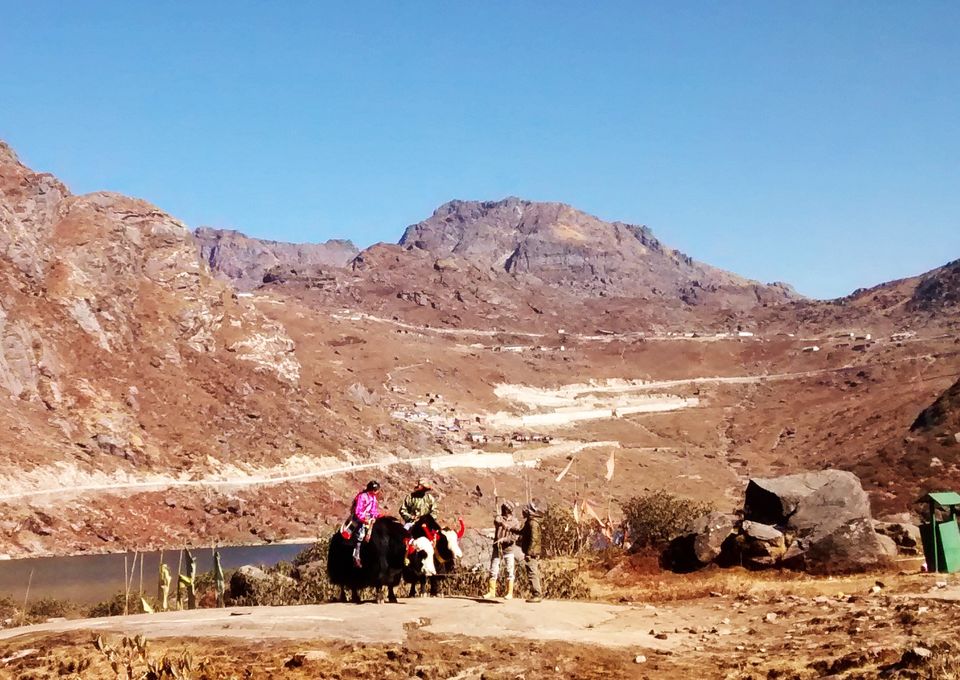 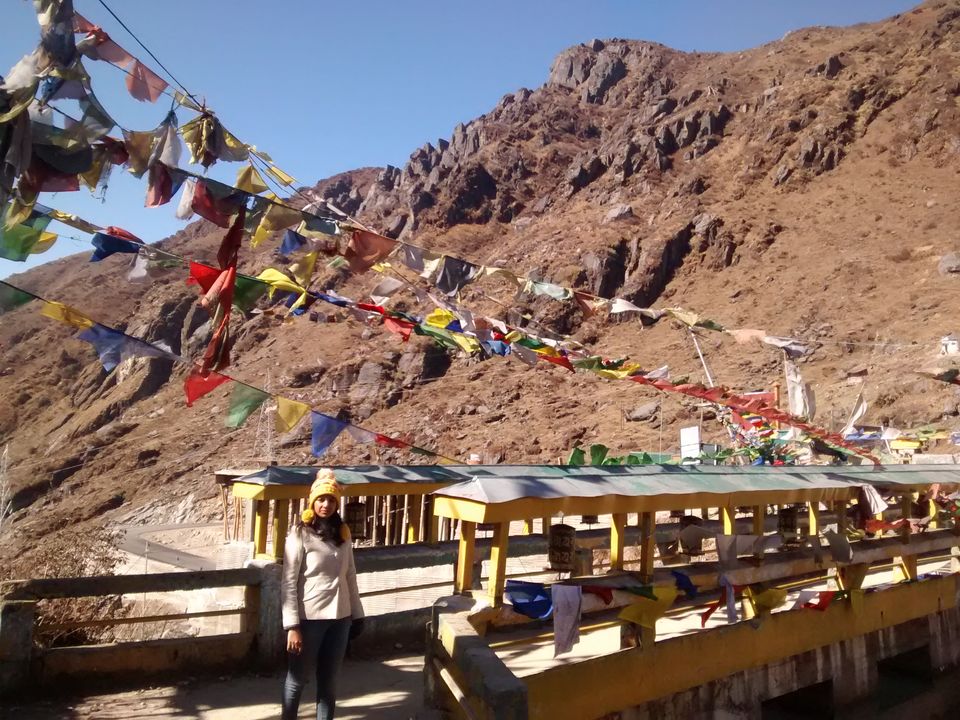 Nathula Pass - India China Border At 14000 Feet, Gangtok. Nathu La is a mountain pass in the Himalayas. Connecting the Indian state of Sikkim with China's Tibet Autonomous Region, the pass, at 4,310 m above mean sea level, forms a part of an offshoot of the ancient Silk Road. Border area and roads have been brilliantly maintained by the Indian Army. 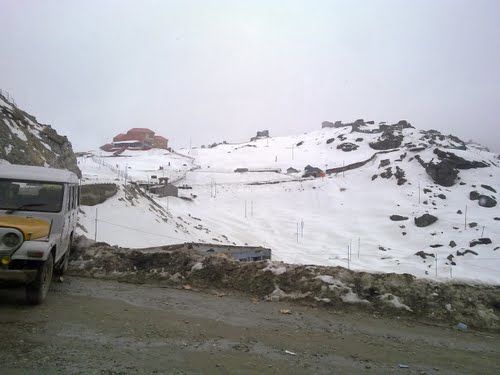 Apart from the temple (that is more of a spiritual - memorial place), the vast terrains and the enthralling beauty of the Himalayas, the souvenir house is a go go! One can find Chinese, Bhutiya and Tibetan souvenirs, a rare find with reasonable prices! 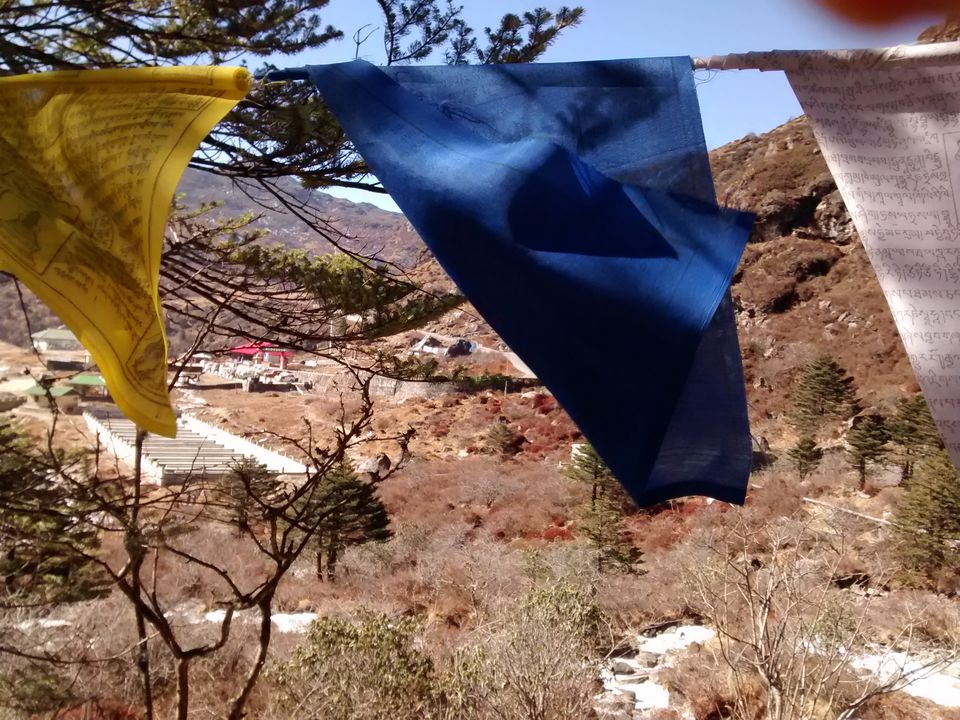 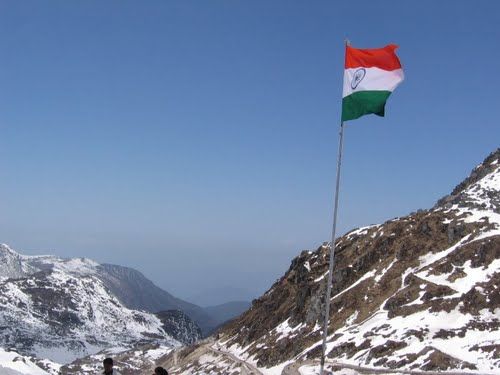