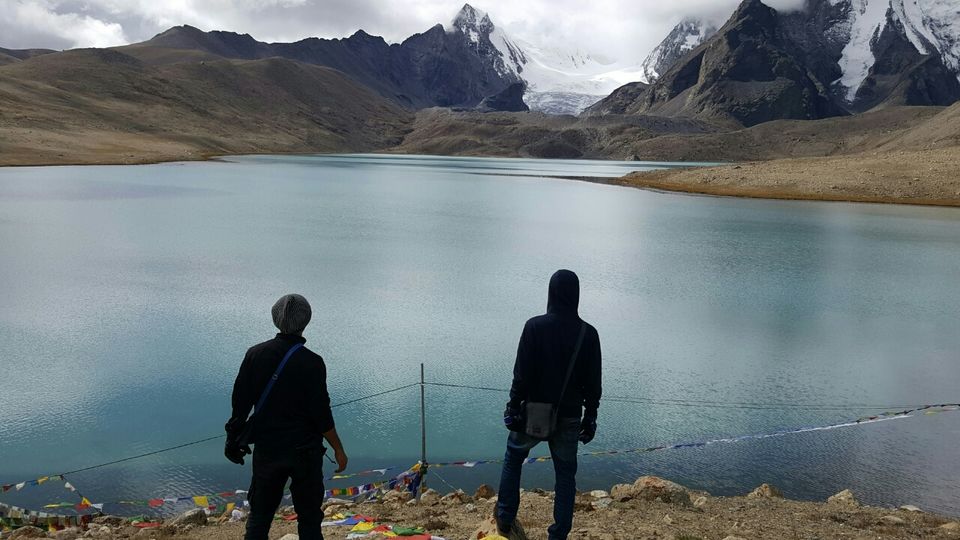 Crowned as the cleanest state, rich in culture and Home to wonderful landscapes, glaciers, Alpine meadows and a variety of Rhododendrons. Sikkim is truly a Himalayan wonderland, filled with fluttering prayer flags.

Reached New Jalpaiguri Railway station which is the nearest Railway Station to Darjeeling and Gangtok.

From NJP regular Shared Taxi's are available to these destinations.

After the tiring 4 hour drive from NJP to Gangtok rented a room within close proximity to the splendid MG MARG at hotel Gangtok Lodge.

After refreshing ourselves and taking the much needed rest, we headed out of the room and straight to the MG MARG which is the heartthrob of Gangtok.

This place is lined up with a number of shops of different kinds, and is completely for pedestrians which is well maintained without littering or polluting.

So if you are thinking about a place to sit out on a bench with friends or even alone in the streets and enjoy the moment, then MG MARG is the right place for you.

We also tasted the local cuisines of Gangtok and the renowned Momos and Kathi Roll from 'The Roll House', which has quite the best Momos in town.

But perhaps the only negative thing about this street is that almost all the shops shuts by 8pm or earlier in case of heavy downpour. But that simply doesn't stop people from strolling across the streets even late night.

The same night we took time to get the permits ready for visiting NathuLa Pass the next day, from a nearby Travel agency.

By 9am we reached the Vajra Taxi stand as advised and took a shared jeep to visit Nathula.

After the 2 hour drive along the treacherous roads and gurgling rivers, we finally touched down at Nathula- The Indo-China Border.

The weather is pretty cold in here and the oxygen level also might drop due to the high altitude.

Here we could see the Chinese army men on the other side of the border and met our brave Indian soldiers on the border line.

The view was spectacular too with the mighty mountains on the horizon veiled in fog and the white clouds, But this beauty was not allowed to be captured as Photography was strictly prohibited within the provinces.

The next stop was Baba Mandir,

Which was built dedicatory to the brave Indian Soldier- Baba Harbhajan Singh.

After Baba Mandir, We left towards the serene Tsomgo Lake.

Also called as Changu Lake, this lake is at an altitude of 12,000 ft and is around 1Km in length.

Here you could also get the chance to don the traditional Sikkimese attire and take a Yak ride. Which can even take you uphill with its unbelievable balance.

The length of this lake is lined with a number of prayer flags that believably purifies the air that flutter these flags and indeed makes the place look heavenly.

After Tsomgo Lake we started on our drive back to Gangtok which was supposed to take us back to the room by 6pm, but due to a minor accident on road, Our Jeep got stuck in the middle of the road for a few hours and could only reach back to our room by 9pm.

The next day we decided to visit the well-known Namgyal Institute of Tibetology which is a tibetan Museum in Deorali, Gangtok.

Since it was a few kilometers away from our Room, we decided to walk all the way there, so as to explore the not-so-familiar-Roads of Gangtok.

We walked on the ups &downs of Gangtok through the pavements specially for the pedestrians.

The path to the Institute was fully lined with prayer flags, which is a constant sight in Sikkim.

The Tibetology strictly doesn't allow photography inside the Museum that promotes researches on Buddhism and also safe-guards a treasure trove of Buddhist Manuscripts, sacred objects, artifacts of Buddhist Culture and houses a number of different statuettes of Buddha.

The institute will be open for visitors from 10am - 4pm.

There is also a good café in close proximity to the Institute- Bakers Café. Where we tried some hot Chow mein along with a good tea which is a delight on any cloudy day.

The institute is also situated nearby to the Ropeway station, so we decided to take the Cable Car ride to enjoy the splendid aerial view of the city. But unfortunately, due to the cloudy weather conditions the service was halted for a while and we had to satisfy ourselves with just the view of the Town from the upper station of Ropeway.

We then went back to Mg Marg to shop some Sikkimese souvenir.

Reached Pelling Taxi Station by 10am as advised by the travel agency, in order to take the shared Jeep for our 3 day long North-Sikkim package.

We headed to Lachen first where we would stay for the day and then head to Gurudongmar the next day.

On the way to Lachen we witnessed some wonderful spots including the Butterfly Waterfalls, Teesta River and some eye-catching landscapes though the road was quite hostile and unpaved.

We were also lucky to witness a full rainbow on our way to Lachen which was a sight to behold.

By evening we reached Lachen, which is a remote village in North Sikkim and also the base for visitors for exploring the splendid Gurudongmar.

Next day early morning we started on the route to Gurudongmar via Thangu Valley and Chopta Valley.

Gurudongmar Lake is considered as one of the sacred lakes by the Sikkimese.

This picturesque lake at an altitude of around 17000ft is one of the highest and prettiest lakes in the world.

Surrounded by huge snow-capped mountains and crystal clear icy water with different shades of blue, this lake is sure to leave you spellbound.

After Gurudongmar we traveled back to our rooms at Lachen and then headed to Lachung by night.

The next morning we started from Lachung, which serves as the base for exploring Yumthang Valley.

Yumthang Valley situated at an altitude of over 11000ft, with a number of hot springs and varieties of flora, this place is truly a naturalist's delight.

Known as the Valley of Flowers, this place is best to visit during late February to April when the flowers of this Valley really bloom and scent the air with refreshing aromas and fill the Valley in different colors.

We also merged Zero Point to the Yumthang Valley itinerary as an add-on. Which is a few hours away from Yumthang Valley and is very close to the Indo-Chinese border. This is also the point where the roads end.

Zero Point was so peaceful and tranquil, and the gust of wind here was so chill and a palpable presence. The first thing we did was to gulp down some hot Chow mein and top it with a hot tea from a roadside vendor to satisfy our hungry tummy.

We then took time to trudge through the winding deodars and giant rocks on the valley below the road.

"A journey is best measured in friends, rather than miles."

And this journey revealed me the depth of these words. 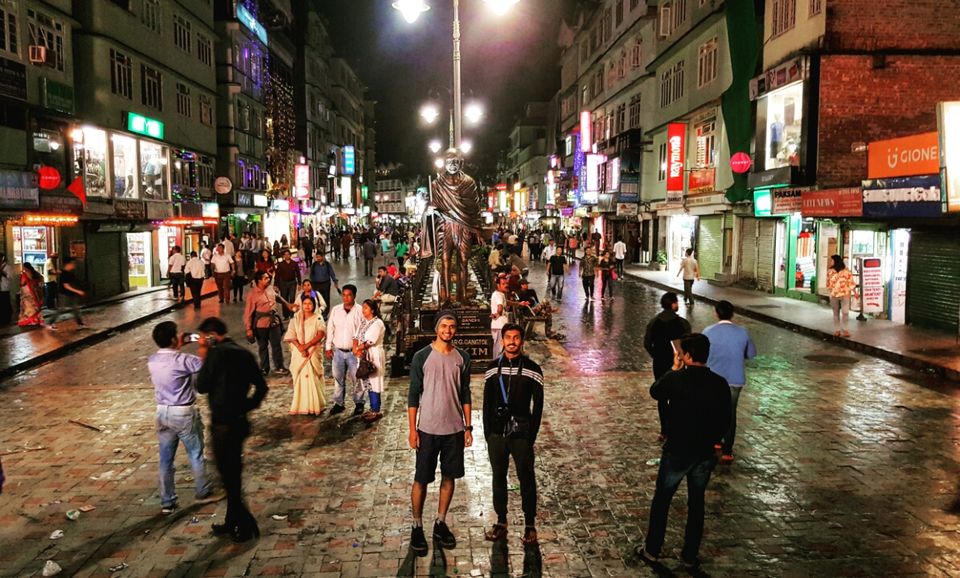 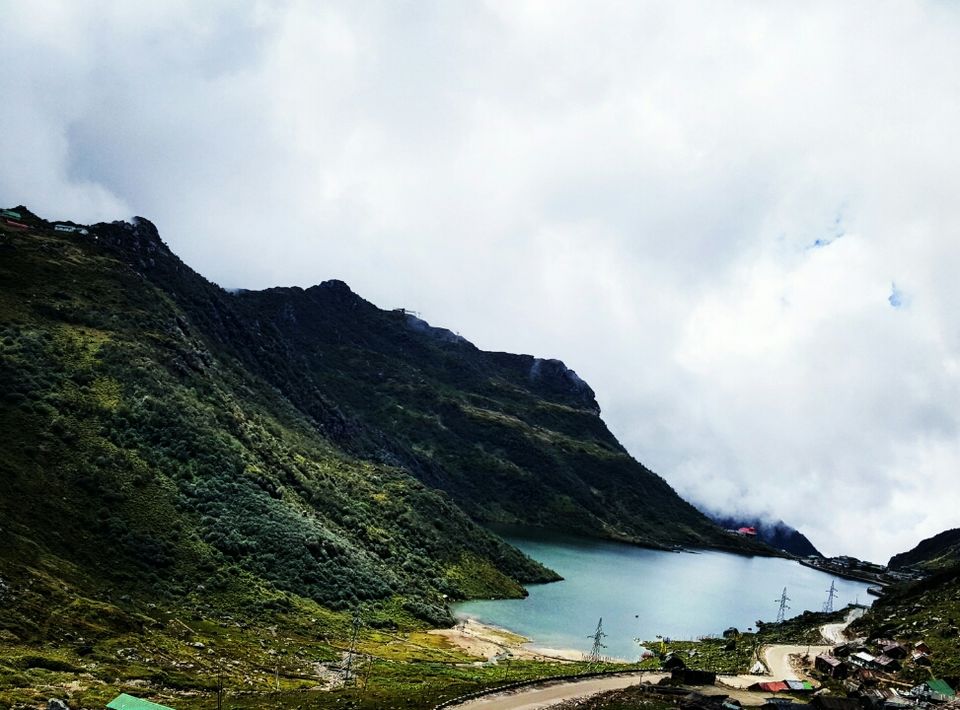 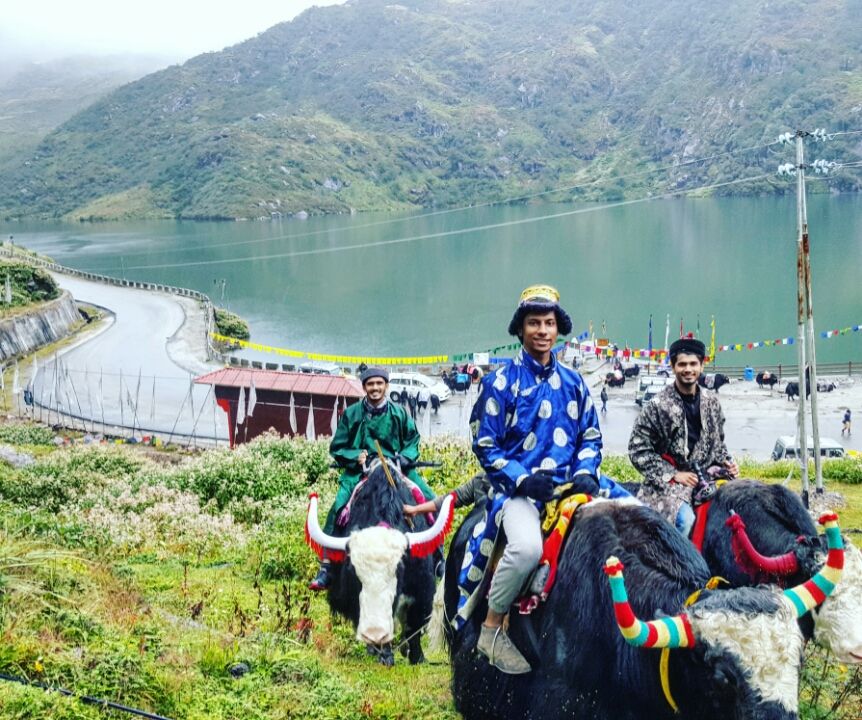 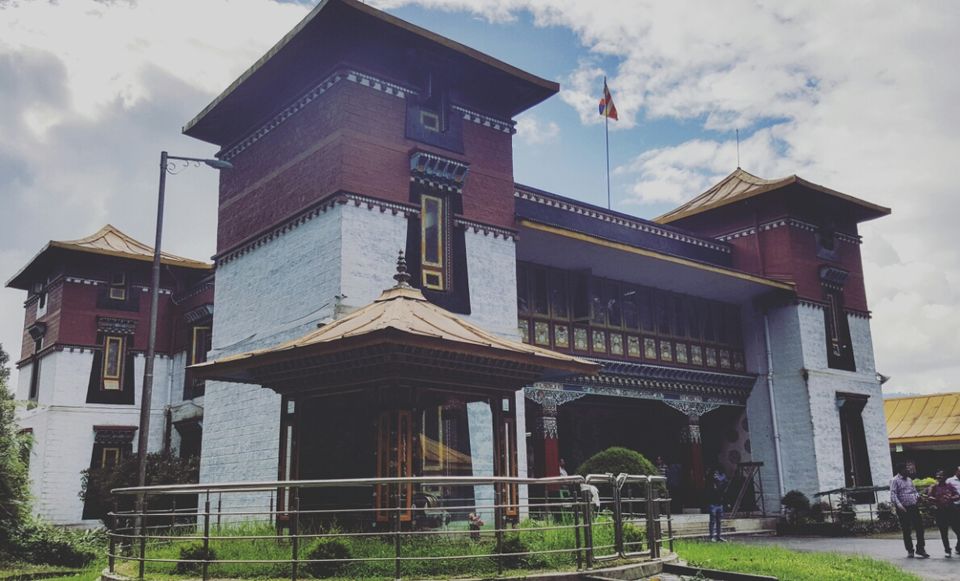 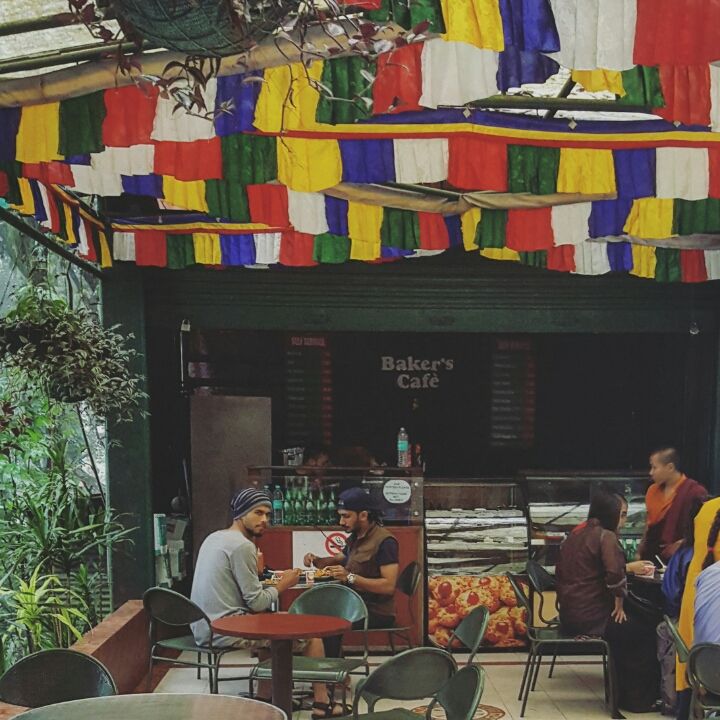 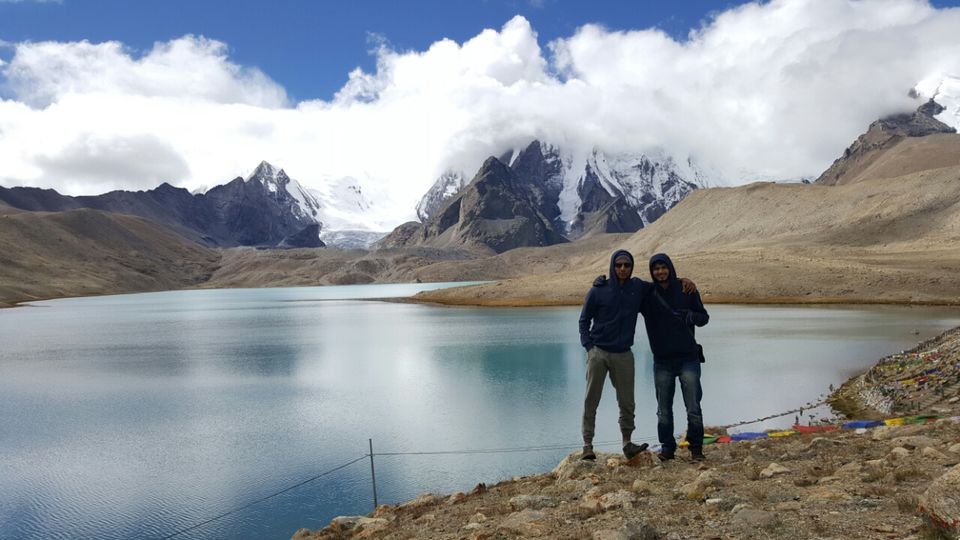 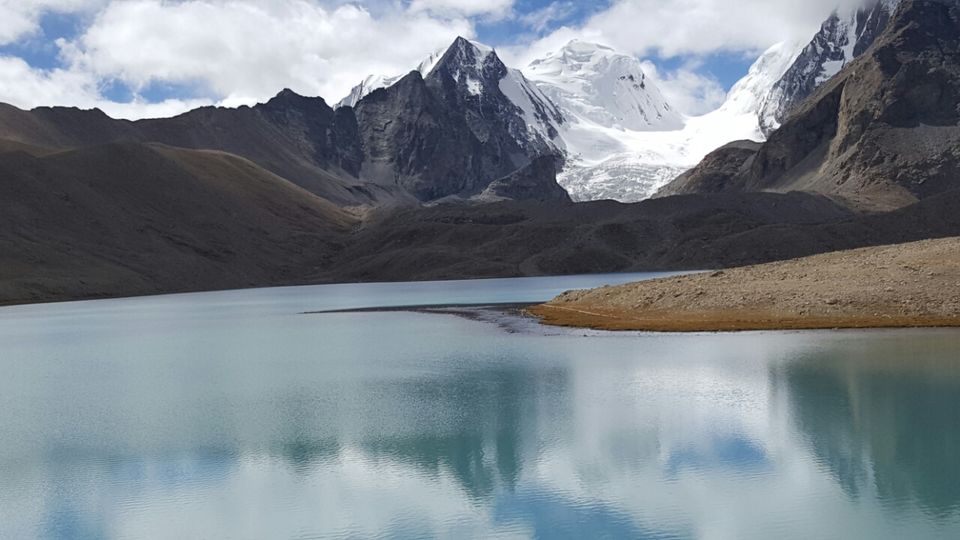 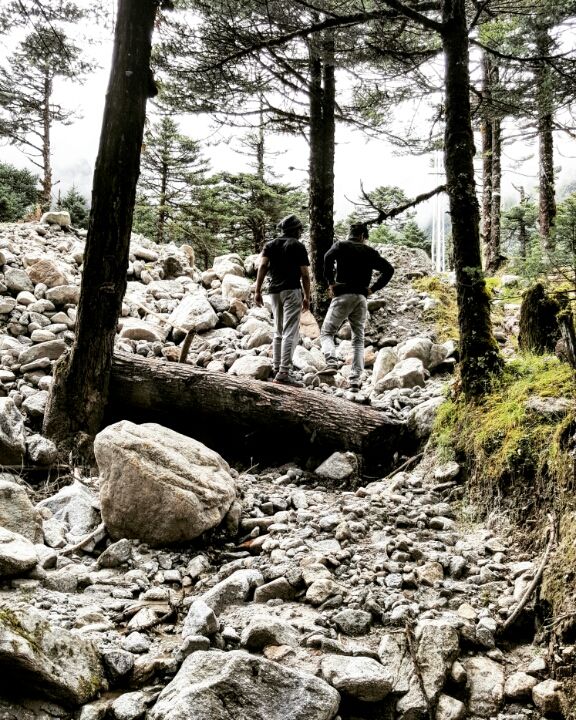 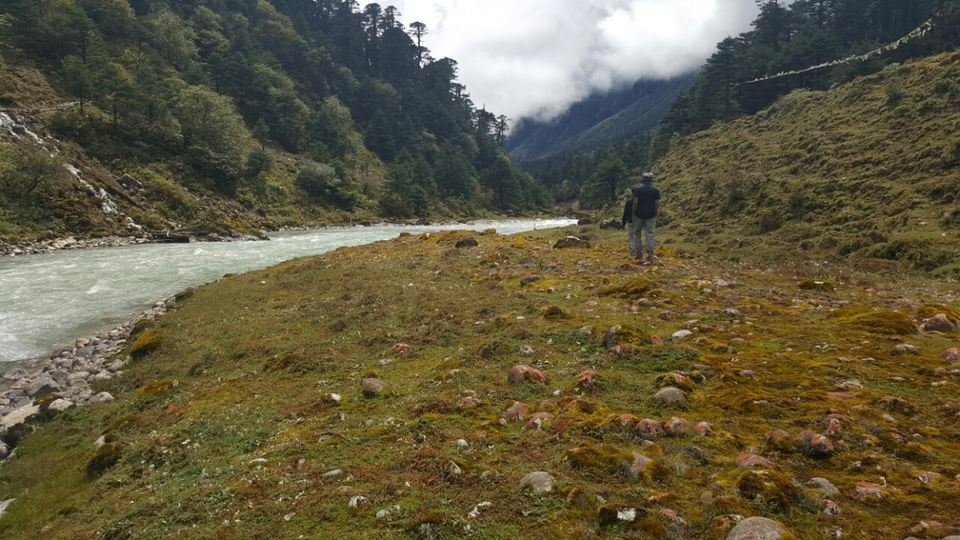 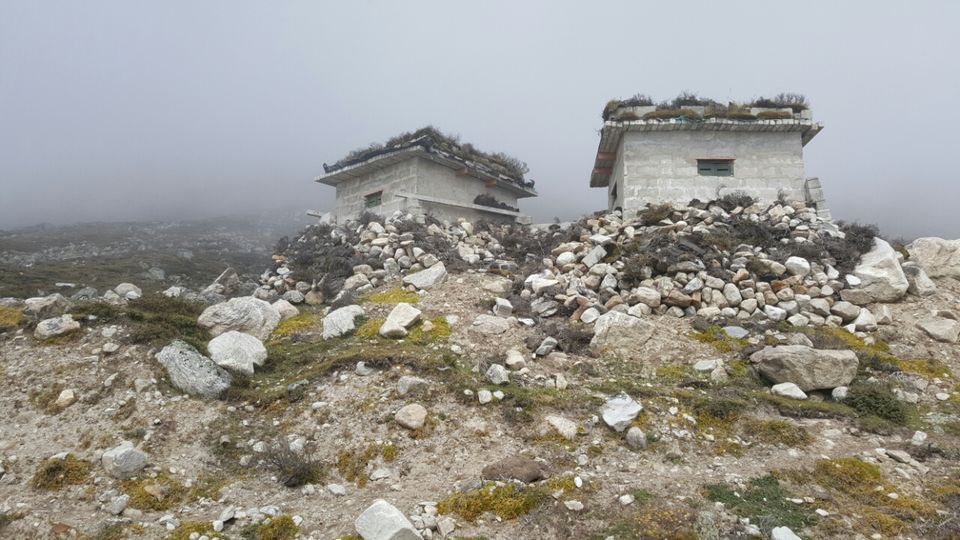 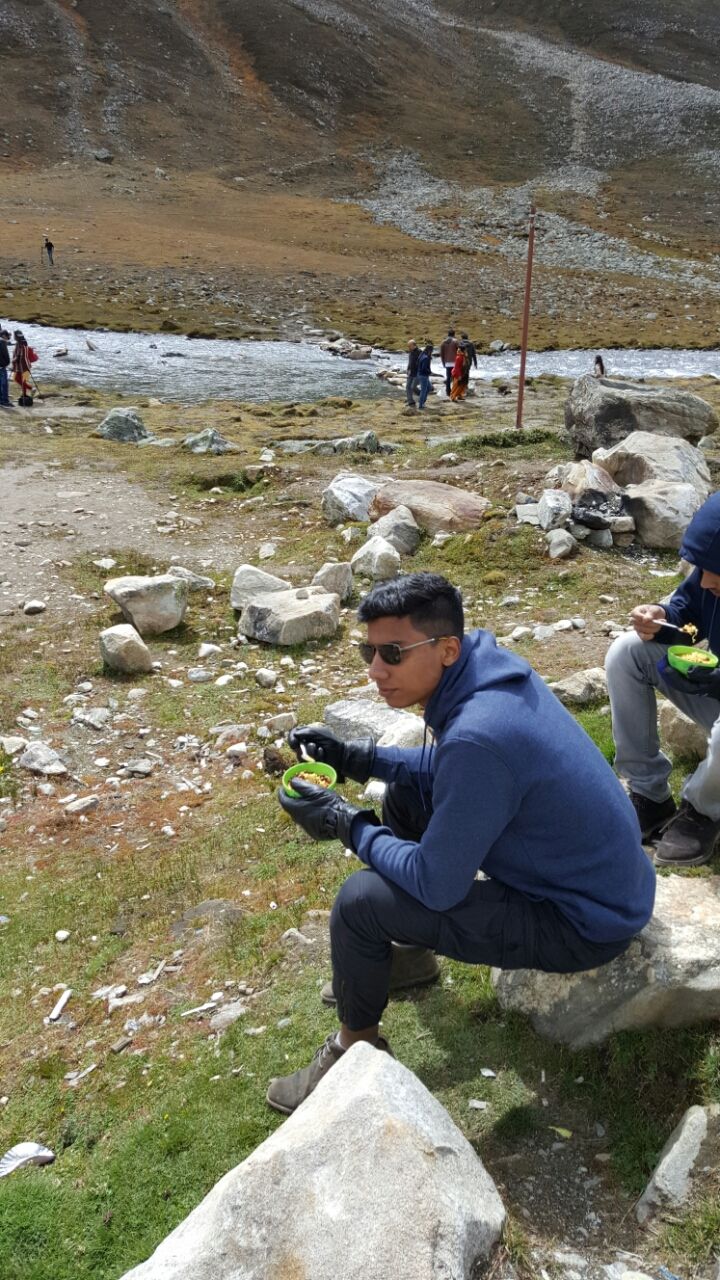 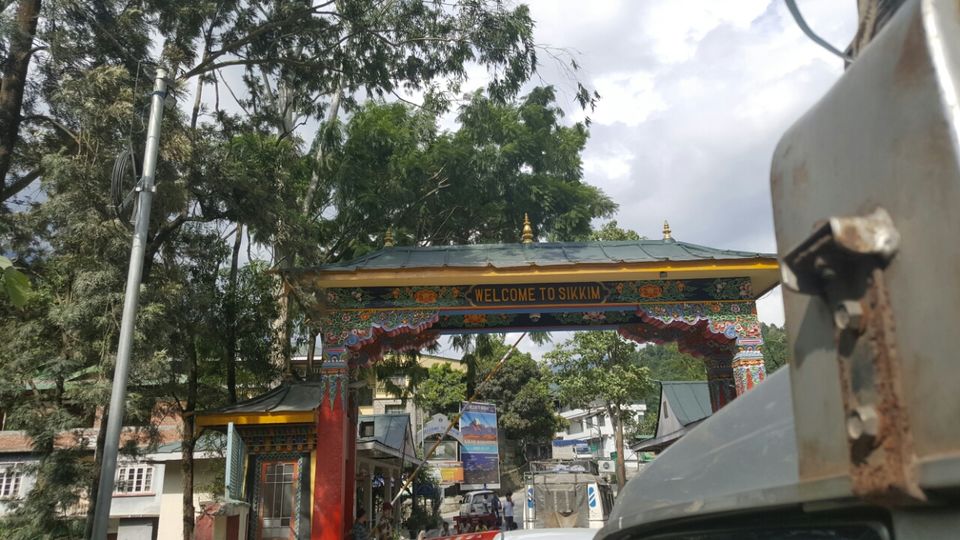