Yak..that's your local ride in Spiti ! While they look huge.. they have a heart of a fly. My yak called Delu was brave heart like me ;) , but the my fellow traveller's ride had to be named Ghabru after it kept losing it's footing, frightened by none other than the maaaa of a sheep and the sound of a brook... harsh sun and chilled wind, riding experience pretty similar to a rodeo. And mind you a single yak won't take a rider.. they have to walk at least in a pair..

We took the ride half way from Demul village 12500ft to Komic Village ,15000ft, some trekking , some riding, followed by the lifetime experience of picnicking with yaks on the motor road. Not a single vehicle came along while we lunched, nor another human.. 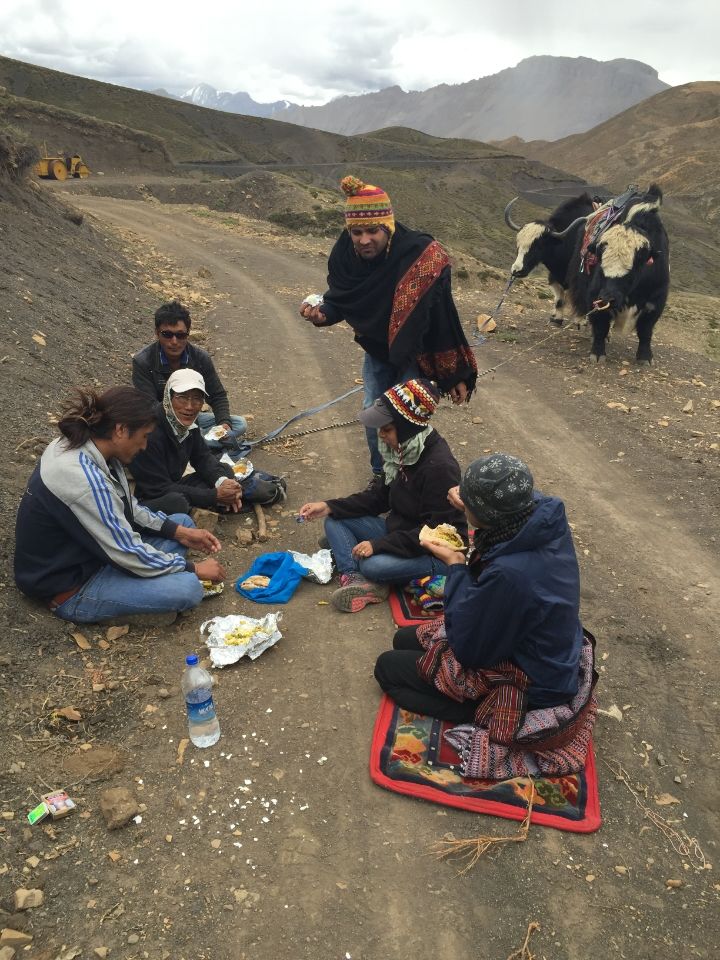 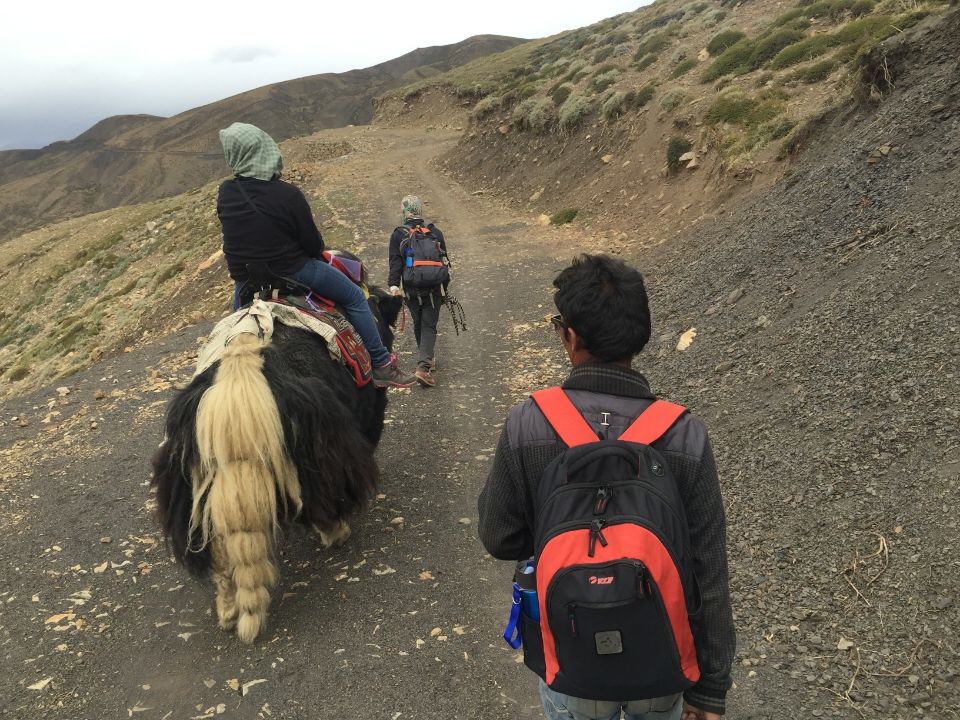 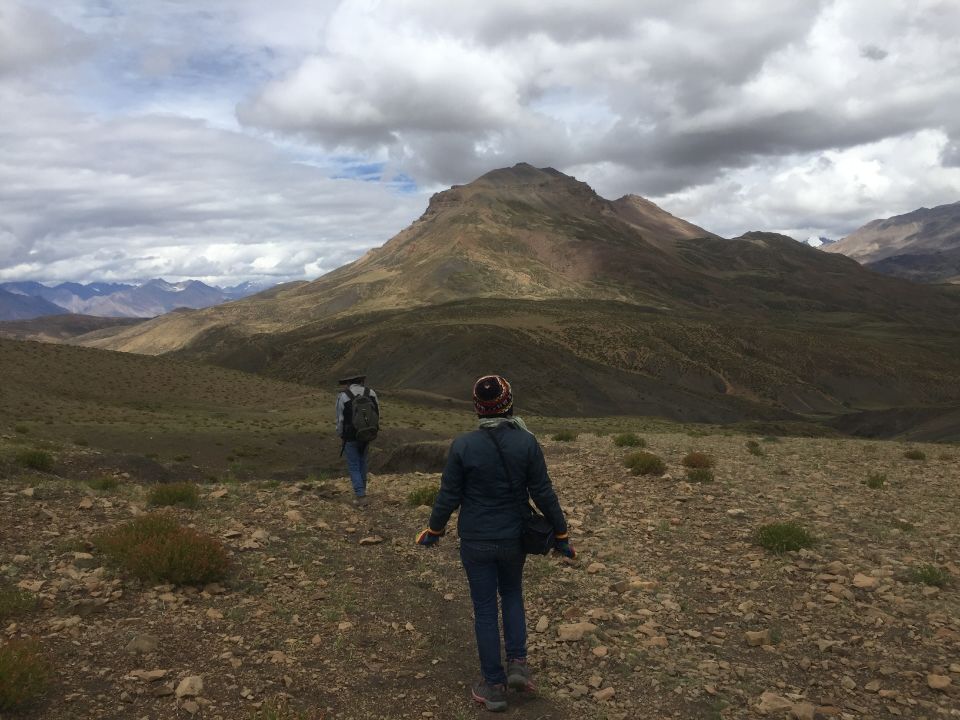 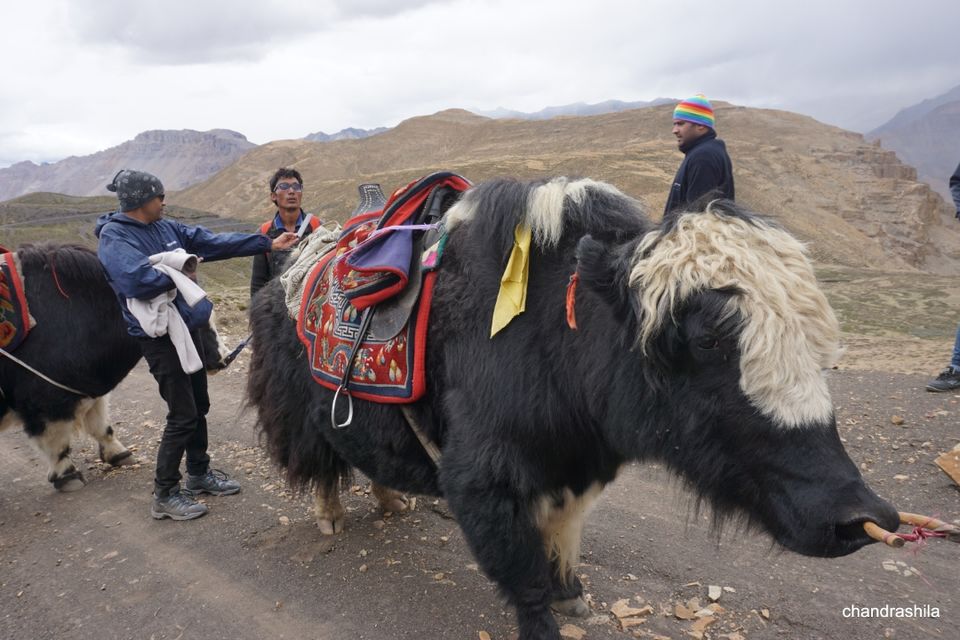