20 Interesting Facts about Spiti Valley you Should Know 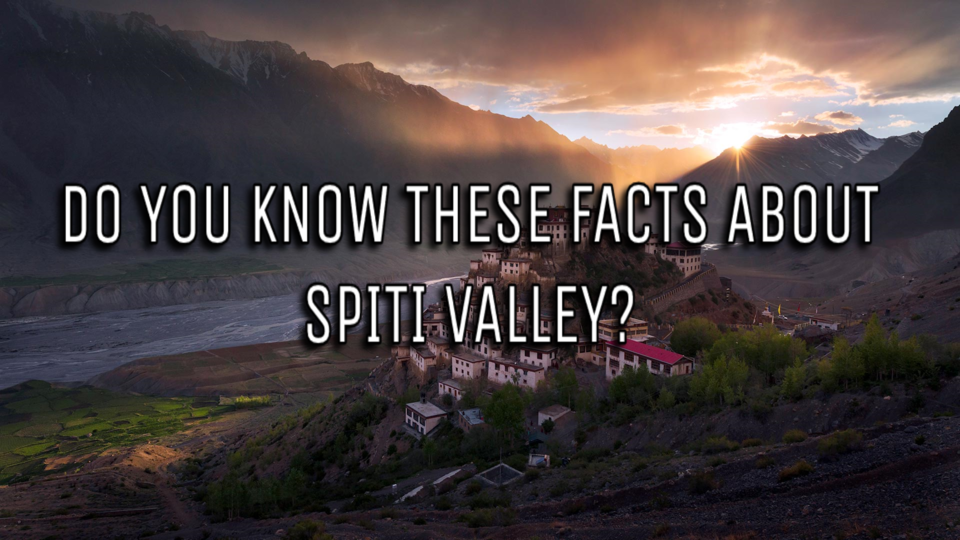 1. The name "Spiti" means "The middle land", i.e. the land between Tibet and India.

2. The road to Spiti Valley remains open all round the year through Shimla – Kinnaur while the road from Manali side closes in winter as soon as Rohtang Pass and Kunzum Pass close.

4. In Spiti, the only petrol pump is at Kaza.

6. The Dalai Lama has expressed his desire to retire to Tabo, since he maintains that the Tabo Monastery is one of the holiest.

7. Tourists from outside India need inner line permits to enter Spiti through Kinnaur. Click here for more info on that.

8. Hikkim Village near Kaza is one of the highest year-round inhabited locations in India, with residences from 4330 to 4400 meters.

9. Hikkim is credited to have the World’s highest Polling Station.

10. Key monastery is the highest altitude monastery in India at 4166 meters and is second highest in the world.

11. Tabo monastery is referred to as the “Ajanta of the Himalayas” and is also declared as a World heritage site by UNESCO. It is situated at 3500 metres above sea level. Tabo monastery was built in 996 AD and is more than 1000 years old.

14. The 500+ years old Giu Mummy in the village of Spiti is supposedly, of a Buddhist lama. Discovered officially by ITBP forces that were working on a road in the region, it's believed to have hair and nails that are still growing!

16. Here is the direct map link for Spiti Valley: https://goo.gl/maps/WmqZtNezxQH4YmFMA

17. Spiti is surrounded by Tibet in the East, Ladakh in the North, Kullu and Lahaul in the South and Kinnaur in the South East

18. Spiti Valley is scarcely inhabited with the majority of the population being Tibetans

20. At 4587m The Tantric Tangyud Gompa is claimed to be the highest monastery in all of Asia.

For a complete itinerary on this trip, click here.