Honeymooners bought this hotel in Sri Lanka on rum 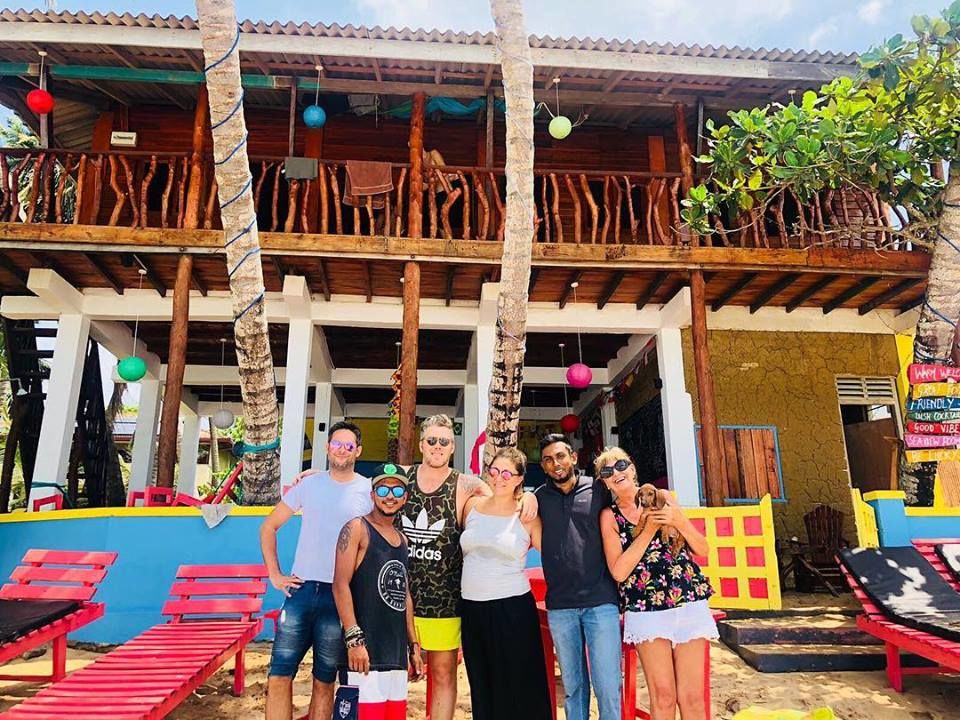 Lucky Beach Tangalle in Sri Lanka is unlike other beach resorts in the country, it has a unique story to tell. Set on the Lucky Beach of Sri Lanka, the story of this young couple proves that luck wonders in mysterious ways.

So, the story begins with a young British Couple, Gina Lyons and Mark Lee, who got married in June,2017 and chose Sri Lanka as their honeymoon destination. On their trip to this beautiful country, they became friends with a bartender of an old beachside hotel. It was a rustic place where old friends gathered and sipped on rum.

One night, they took a trip to the beach with the in-house bartender, who told them about the lease situation of this place. After a few pegs of rum, they bought the old hotel. It required them to pay £10,000 per year. Gina, the current co-owner told The Mirror, “After finding out that it was £10,000 a year, I and Mark thought that it would be a brilliant idea to buy it - because we were so drunk.”

They did not take up the lease on that night itself; they did it in the morning. Here comes probably the best part of the story. After an adventurous night, they were still determined to make meaningful conversations with the owners of the hotel – because they were again drunk from last night!

And this is how things rolled after; since they were drunk from last night, they asked a friend to talk for them, then they started drinking again and in the end, decided to pay £30000 for three years.

Their friends and family thought it was a terrible idea, as they were already in financial pressure due to the wedding. To add more luck, they got pregnant unexpectedly after paying six months of the lease. After a point, the couple also started regretting their decision.

After much deliberation, they decided to take things forward. They decided to refurbish the place as it was a “rammed down” place to stay.

Subsequently, they spent approximately £15000 extra on renovation and licensing to build a seven-room B&B with a restaurant, which opened its gates to guests in July 2018. Since July the place has seen a regular flow of customers and also became quite famous on social media. The decision made on their one drunken night turned out to be fine.

Despite everything, Gina and Mark created this new space out of pure hard work and love and showed it to the world that you can literally get lucky in Lucky Beach. Book a room at this unique B&B for just ₹ 1,321 per night and try your luck too!

Best time to visit: The best months to visit the beaches of Tangalle are from December to March, because this a dry season in Sri Lanka. This means one can enjoy as many rainless beach days as they want during this time.

Flight Cost: A round trip flight from New Delhi to Hambantota International Airport (HRI) will cost around ₹ 77,410 for the month of December.

If you ever get a chance to buy a property for free, which one would you pick and why? Let us know about it here. Also, subscribe to Tripoto's Youtube Channel for more interesting stories like this.