The Vidyashankara temple at Sringeri was built in memory of Guru Vidyashankara or Vidyathirtha by Vidyaranya, with the aid of the Vijayanagar rulers in the 14th century. The golden image of Sarada was also installed then at the Sarada temple. The temple also houses ruby images of Venugopala and Srinivasa and a Nandi made out of a large pearl. Several inscriptions are seen in the temple, describing contributions made by the Vijayanagar emperors.This temple combines the Hoysala and Dravida architectural features. It stands on a richly sculptured basement. There are six doorways leading into the temple. The twelve pillars in the mandapam are named the Raasi pillars, and are so arranged that the sun's rays fall on each of them, in the order of the solar months. 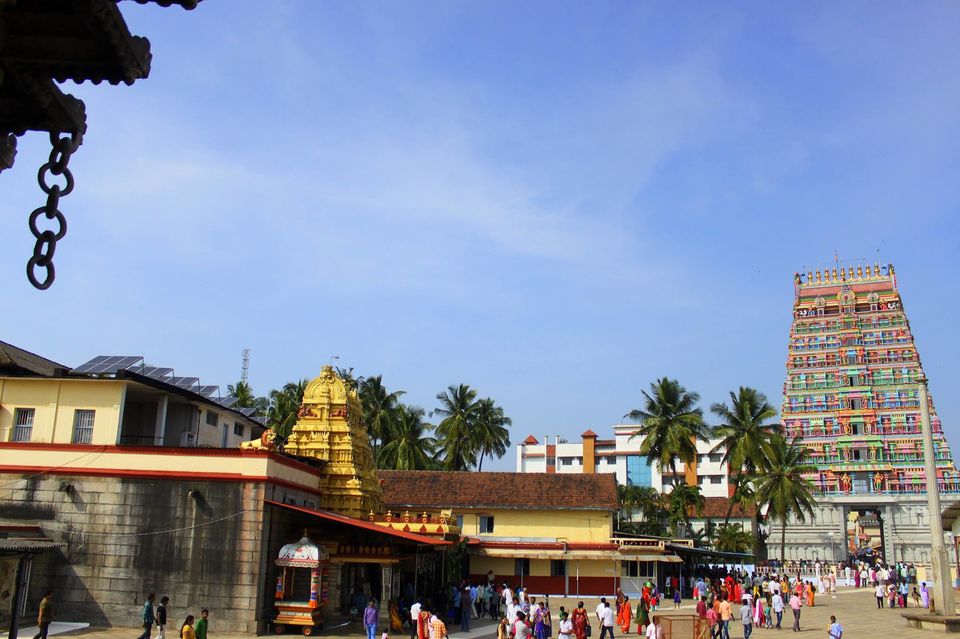 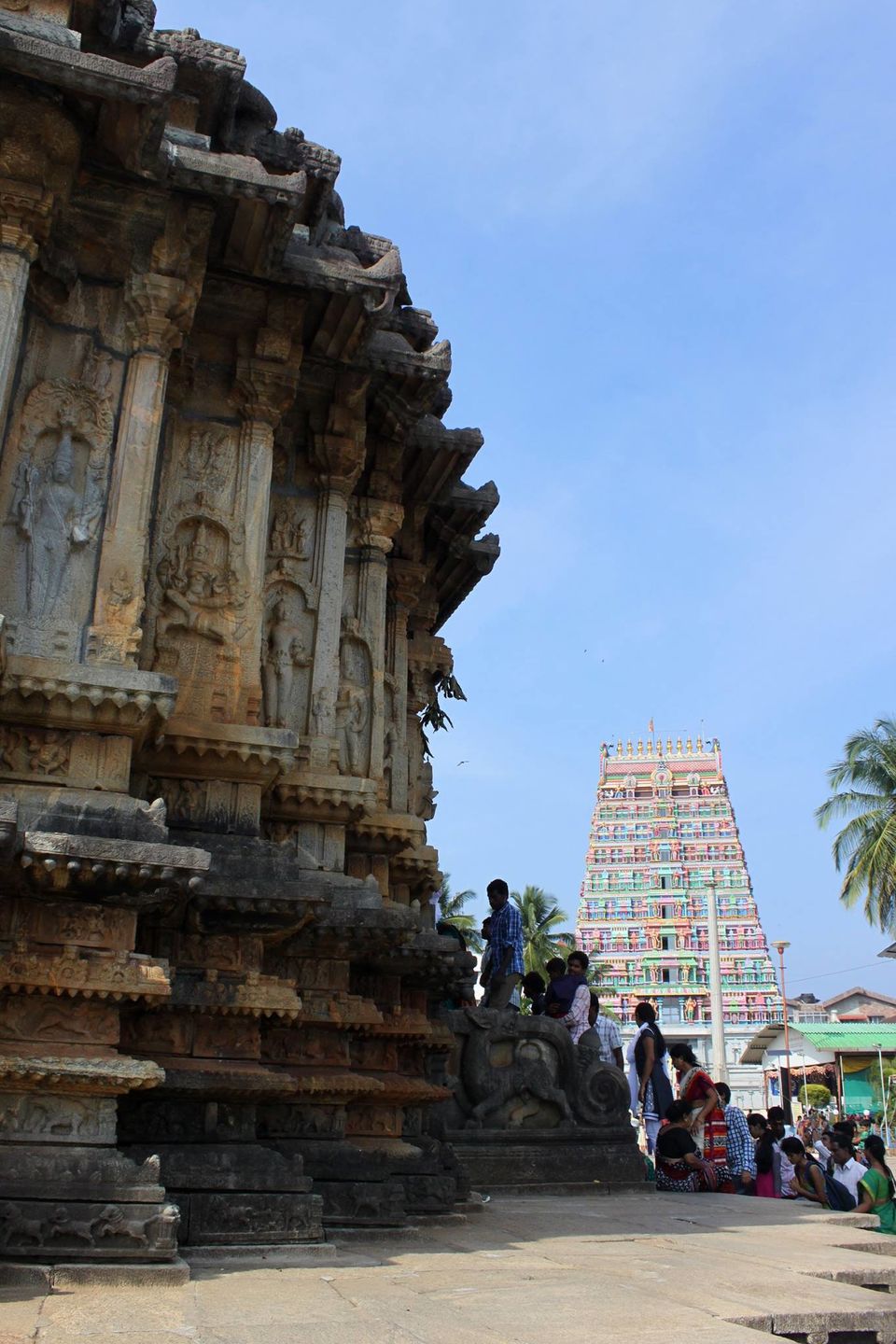 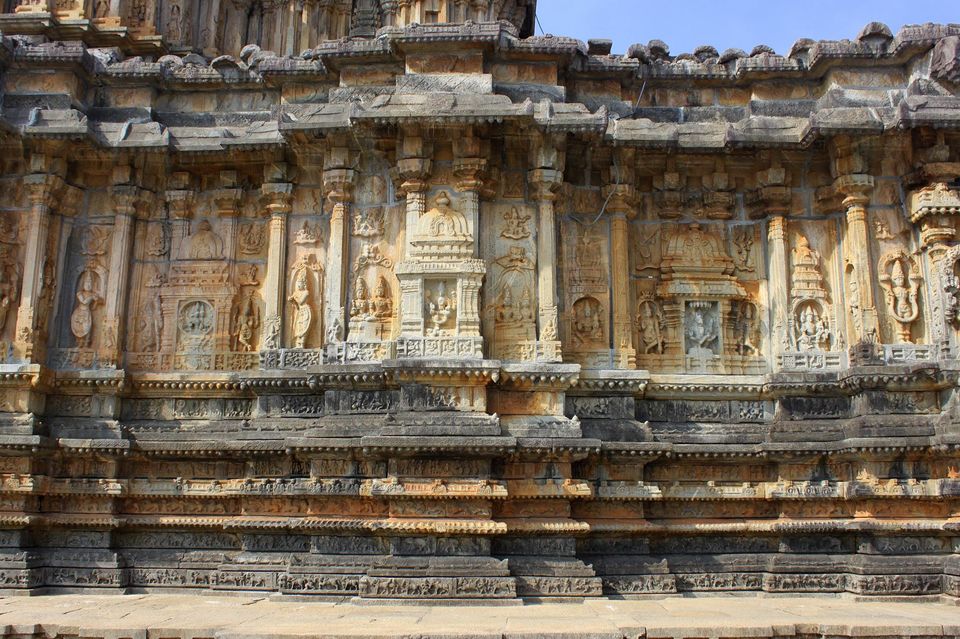 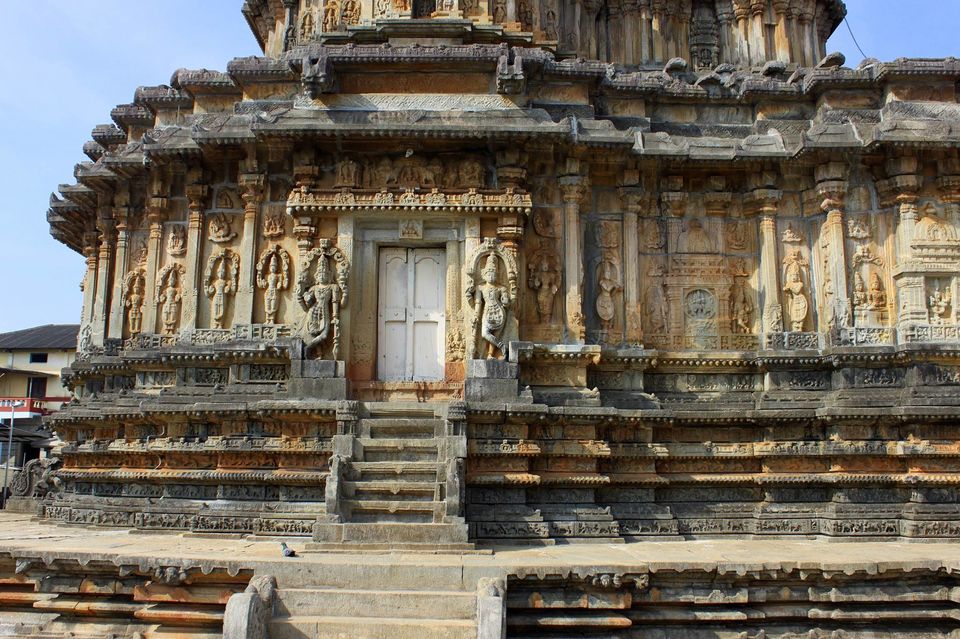 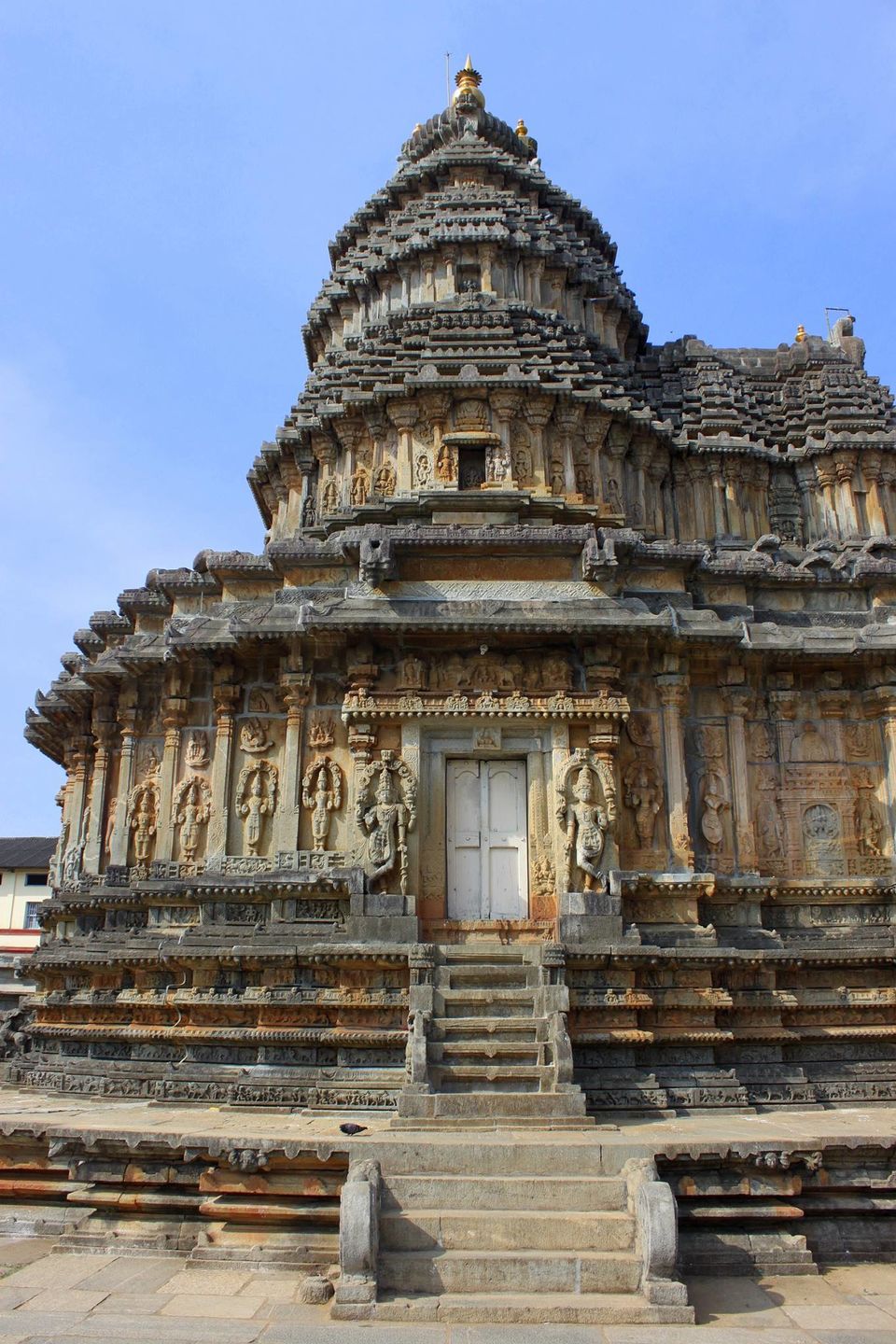 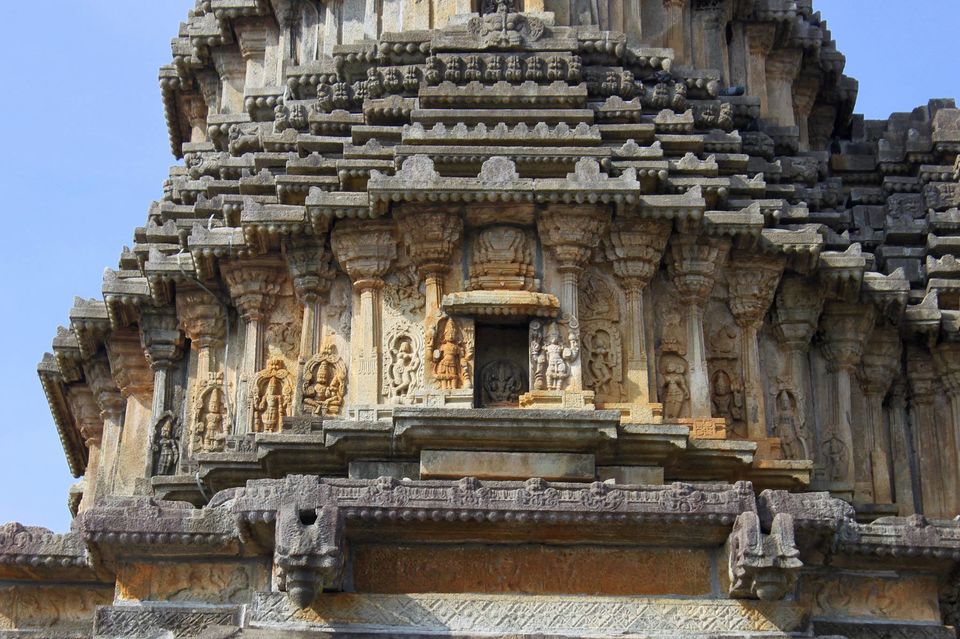 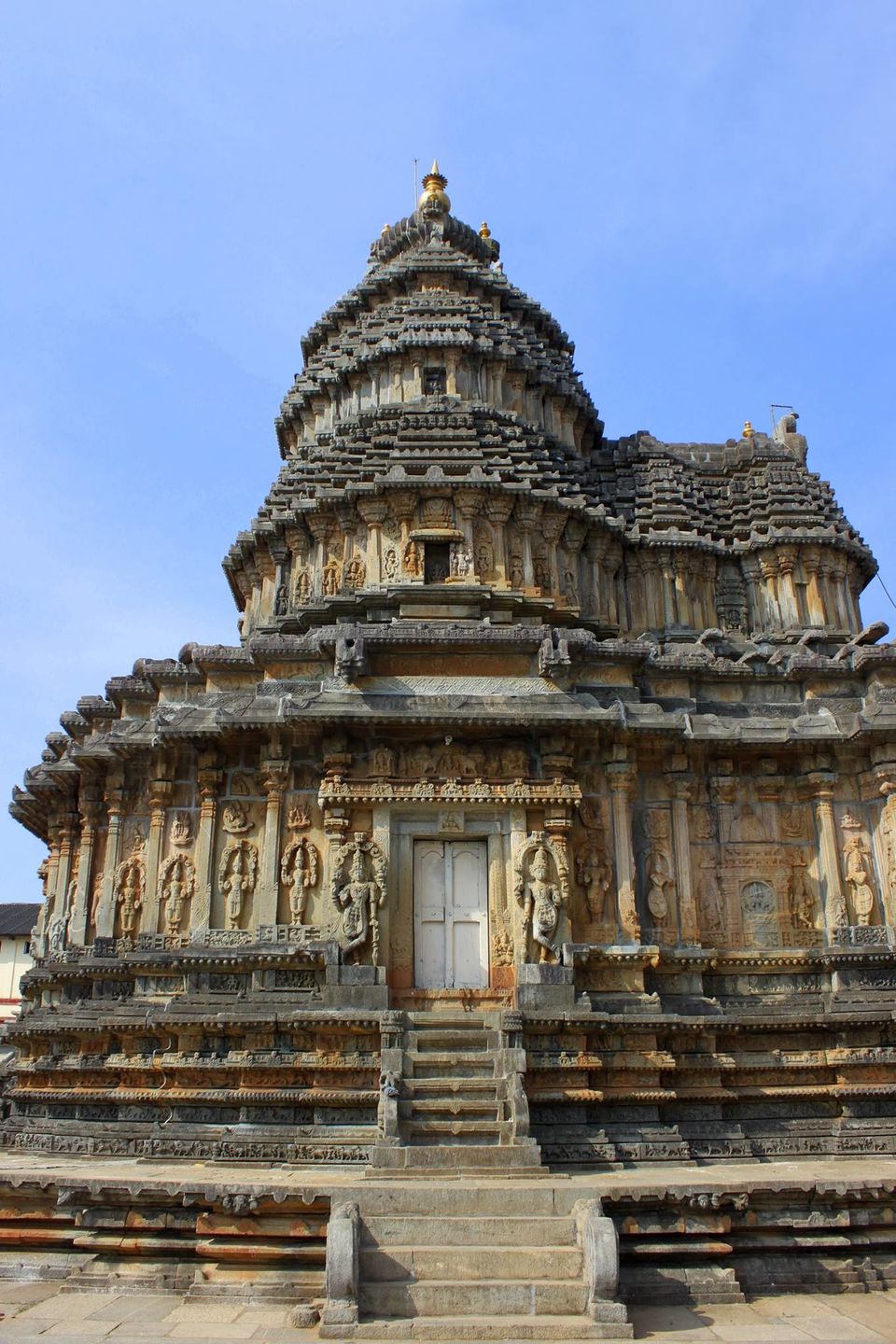 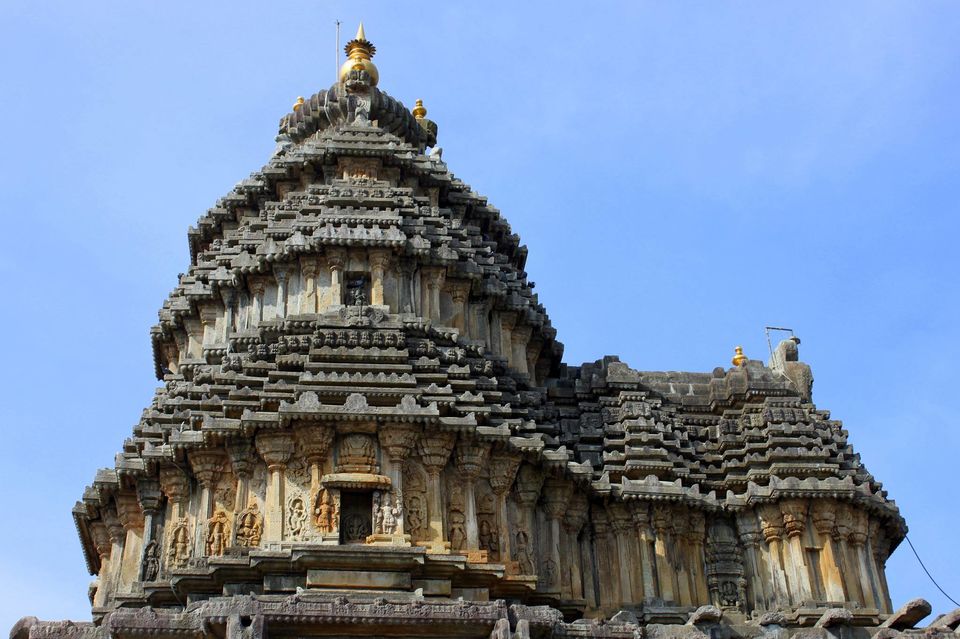 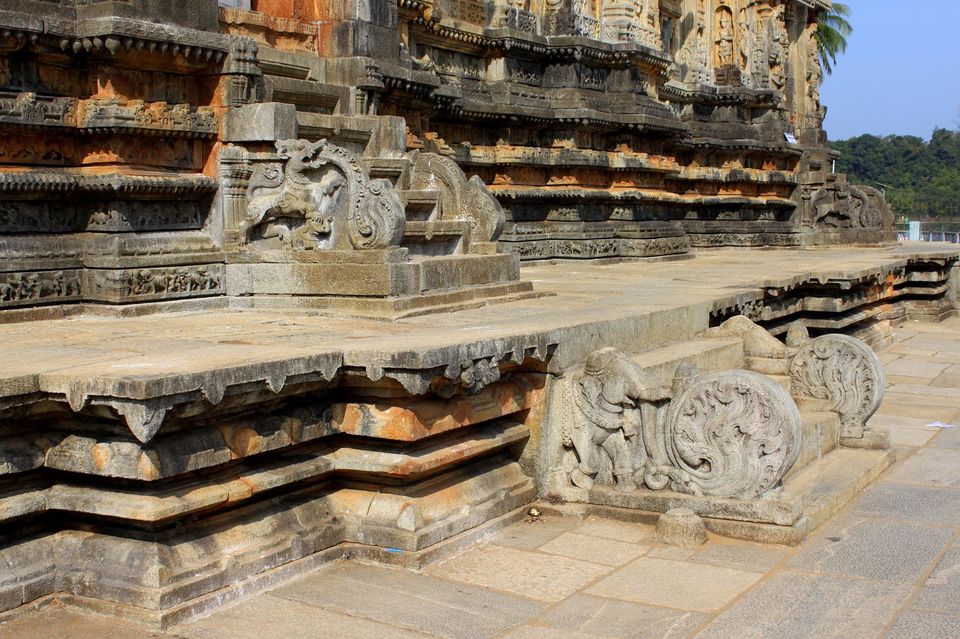 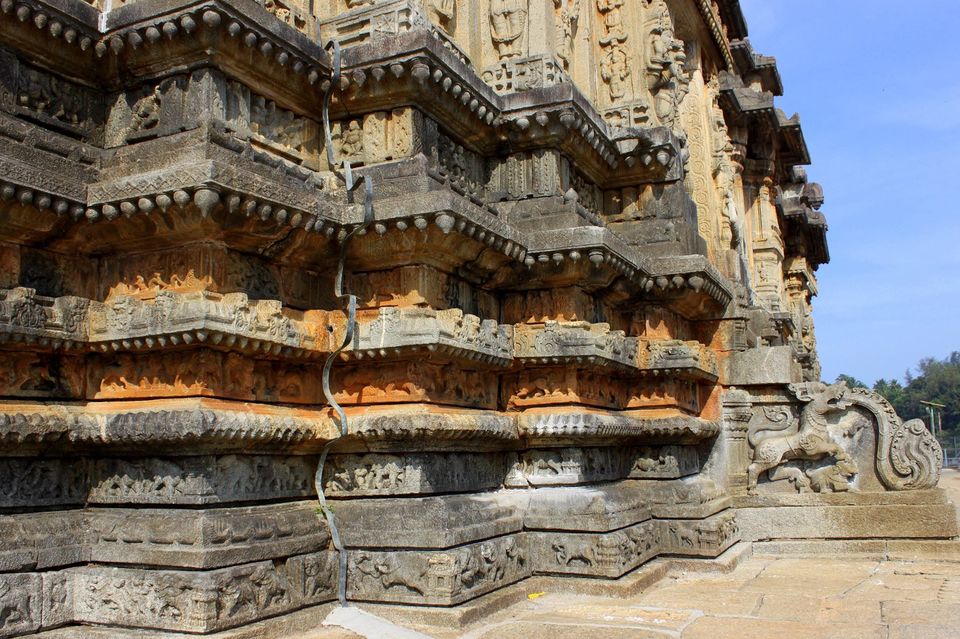 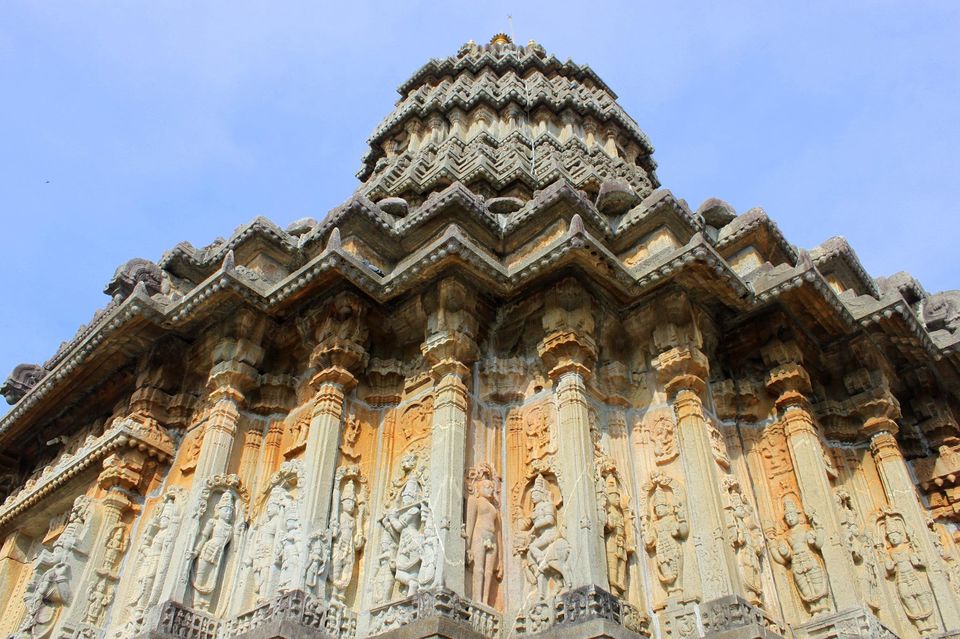 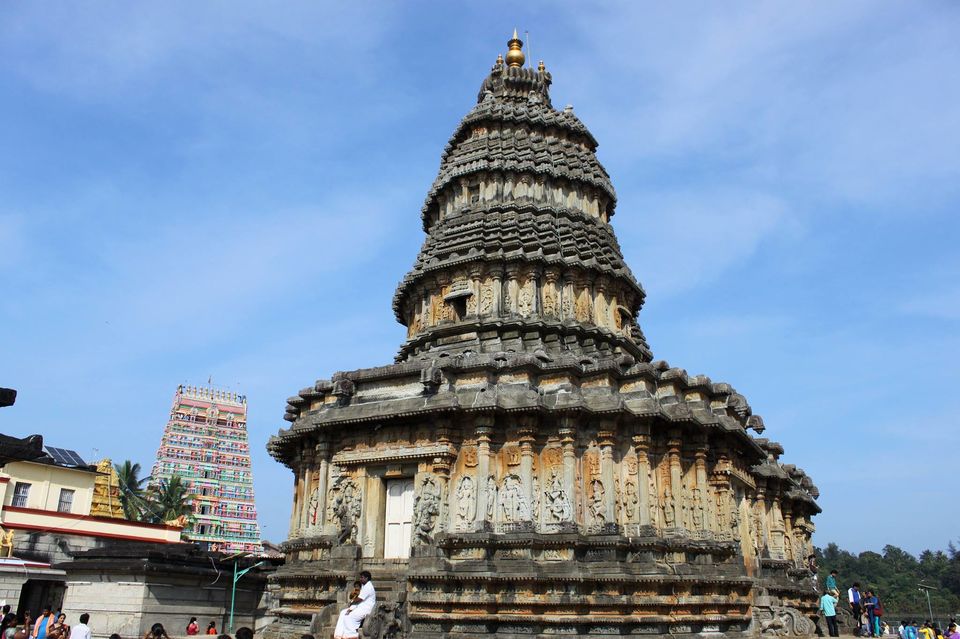 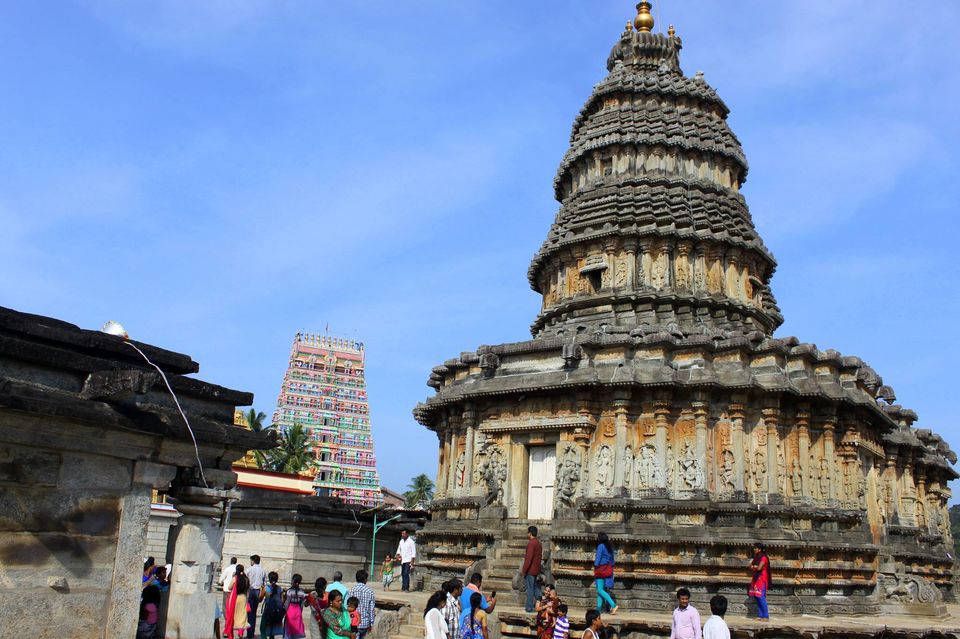 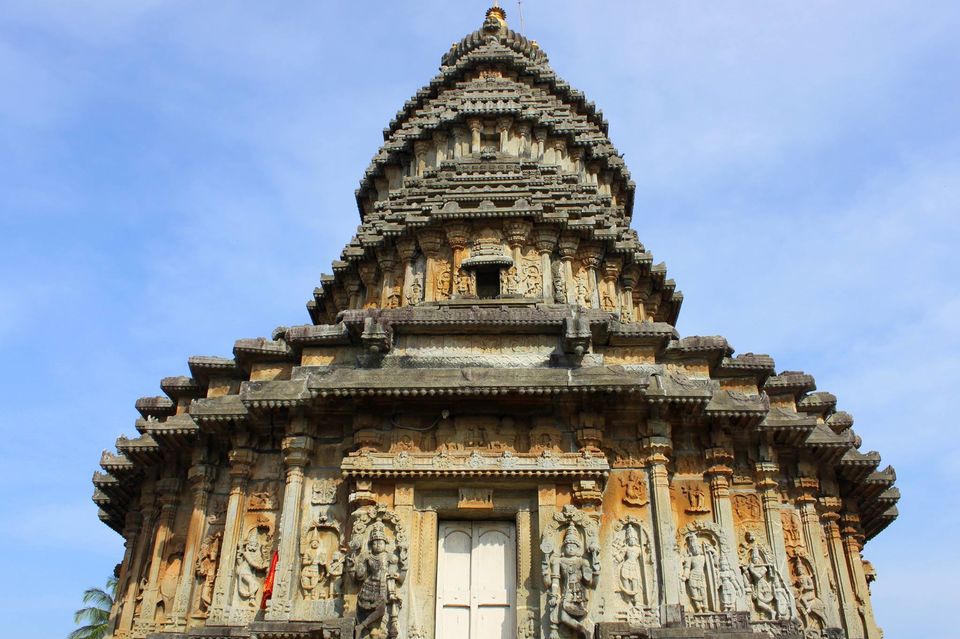 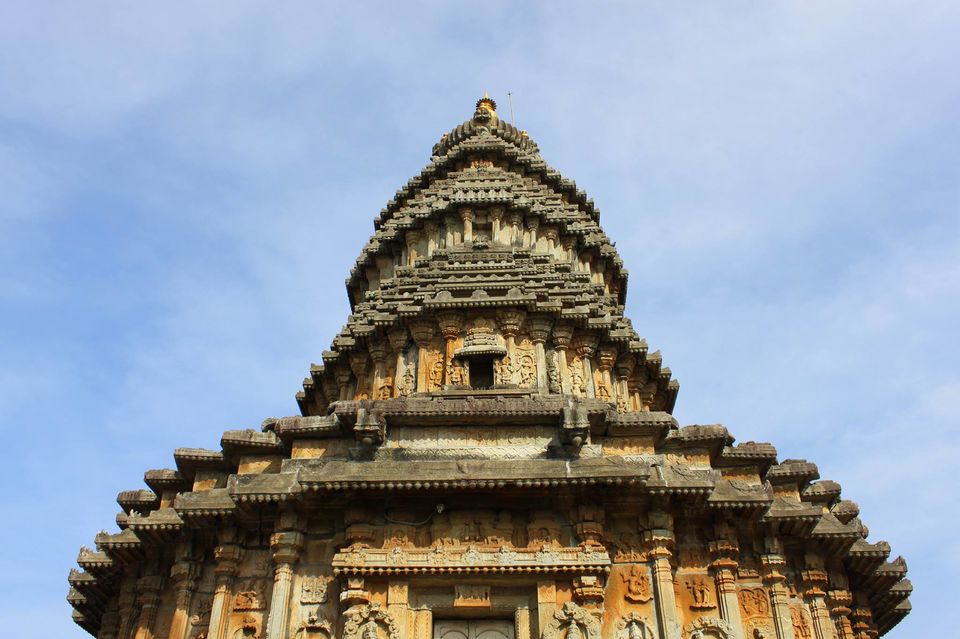 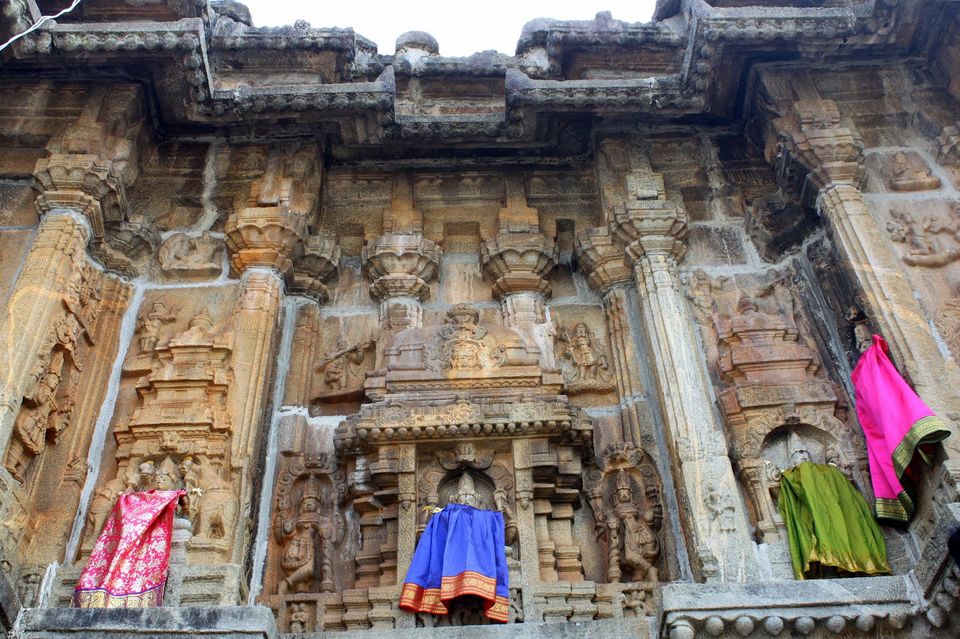 SPONSORED
Want to book a similar trip?
I accept the Terms of Use and Privacy Policy of Tripoto.
SPONSORED
Related to this article
Things to Do in Temple,Temple Travel Guide,Weekend Getaways from Temple,Places to Visit in Temple,Places to Stay in Temple,
Tagged:
#History & Architecture#faith & spirituality#relax & unwind#temple#pilgrimage