Karnataka is a blend of cultures ,colours, flavors, landscapes, landmarks and hair-raising beauty. There are vast variations in land every 250kms with placid plains suddenly rise to hilly regions and the mighty rivers accompanying you on your journey.Splashed by the Arabian sea on the western coast with picturesque beaches, a natural heritage and biodiversity hotpot Western ghats acting as an natural fortress,cities that make you feel lost in Time. Karnataka caters to all kinds of tourists. Quoted from the Karnataka tourism tagline it's truly a "One state with many worlds".

Located about 222kms from Bangalore lies the twin towns in Hassan district Belur and Halebeedu.Built in between 12th and 13th century is the finest examples of Hoysala architecture.This temple town is one of the main attractions with complex artistic details exquisitely carved on soft soapstone.Every artwork sculpted has got a story to tell as the famous Kannada saying which goes like “Belur ola noodu, Halebeedu horanoodu” which means that explore the architectural beauty of Belur inside and beauty of Halebeedu from outside.

A picturesque village in Bagalkot district its about 510kms from Bangalore is one of the cradles of temple architecture as told by one of the famous historian.It’s a place of great heritage and historical interest is one the fine examples of Chalukyan architecture.

Badami formerly known as Vatapi is located in Bagalkot district. Once the capital of the mighty Chalukyan empire. It's known for it's magnificent rock-cut cave temples carved on the gigantic red-sandstone cliff with a set of four caves.The view from the last cave is an great and enlightening experience for every traveler.

A group of world heritage monuments in Bagalkot district is an example of exceptional Chalukyan architecture.A must visit place for people interested in Indian architecture.

Located on the banks of the river Tungabhadra was once the seat of power of the mighty Vijayanagara Empire is a group of monuments which are UNESCO world heritage sites.Hampi with it's eye-catching beauty even in its ruined state,with huge boulders strewn hills,temples,ruins of palaces,ancient market and the list goes on.The main captivating site is the stone chariot in the Vijayavittala temple complex which gets every one attention a wonderful man-made piece of art and words are just endless to describe it. Hampi is truly an backpackers paradise and an pilgrims delight.

A noted place of pilgrimage for Jains is the Shravanabelogola is about 120kms from Bangalore located in Hassan district.A flight of 600 odd steps leads to the summit of the hill in an open courtyard stands the iconic monolithic statue of Sri Gomateshwara.It’s the tallest free standing statue in the world.

Murdeshwara is a town in Uttara Kannada district famous for its serene beaches and the temple dedicated to lord Shiva.The main feature is the 18 floor Rajagopuram(tower) and Shiva statue.It’s an stunning temple on the beach front.

The grandest of all the the India’s royal buildings is the Mysore palace commonly known as Amba Vilas Palace is located in Mysore.It was the seat of the Wodeyar Maharaja's.The architecture of the palace is an amalgamation of different styles of architecture.

Commonly known as Gerosoopa or Jogada gundi it’s the second highest waterfalls in India is located in shivamoga district.The water plunges from the cliff and bifurcates into four subfalls known as Raja,Rani,Rocket and Roarer.This place is an heaven during monsoon.

A lesser known place nestled amidst a vast green space in Coorg is the Bylakuppe is the largest Tibetian settlement in south India.The Golden temple is the prominent attraction with beautiful paintings above the monastery outside and its more vibrant inside with 40 feet height statue of Buddha and other deities.Come an observe a moment of solitude in the Tibetian colony.

It is the birth place of one of the revered rivers “The Ganges of the south” Cauvery it’s about 1276m above sea level called the Brahmagiri hill in Coorg district of Karnataka.A small tank is been erected along the hillside that is considered to be the origin of the river.One can also trek to Brahmagiri hills to get a glimpse of the scenic beauty of the western ghats.

A long and pleasant drive along the zigzag ghat sections with steep curves 60kms from Karwar you can reach a small uninhabited place with unique black crystalline limestone rock formations and a pilgrim center Yana.The rocks is surrounded by hillocks and thick forests and small water streams and trekking along this part of western ghats is very adventure lover dream come true.

Motorable roads are upto Yana village and later one has to trek about 4kms to reach to black crystalline rock peaks.

A tiny island located offcoast of Malpe one has to take a ferry from Malpe to reach this island formed due volcanic activity and the rock formations in hexagonal pattern.The Island is absolutely stunning with emerald water,hexagonal rocks and coconut trees around makes the place magical.

Additional Info:-Ferry service is available from Malpe beach at Rs-200 per head.Entry to island is restricted after 5.30pm.

Somnathpur is an abode of yet another astonishing Hoysala architecture situated about 35kms from Mysore.It’s one of the three nominated UNESCO world heritage site after Belur and Halebeedu.The sculptures are fine tuned and the detailed craftsmanship on the outer walls,statues of gods and goddesses and adorned pillars resembles the rich Hoysala heritage.This is well preserved temple by the archaeological society of India.

Vidyashankara temple in Sringeri,Chikmagalur district is an unique monument entirely built on stone with the mix of Hoysala and Dravidian style of architecture. The unique feature of this monument is the twelve pillars marked by the twelve signs of zodiac in order and arranged in such a way that the rays of the sun fall on the respective pillars according to the twelve solar months. It’s yet another incredible piece of architecture.

Srirangapatna a small rocky island on the river Kaveri with a strong fortress is of religious,cultural and historic importance.It’s situated about 14km’s from Mysore.The town derived its’s name from the presiding deity Ranganathaswamy.The town has dozen spots with temples,Mosques,historical monuments and mausoleum of Tipu Sultan.

The desert like town is about 45kms from Mysore situated on the banks of the river Kaveri is known for its sand dunes.A historic site and the temples are buried in sand and the main deities are lord Shiva and Vishnu.Talakaadu is tagged with curse according to the historical texts and hence the place is desert like. It’s one of the pilgrimage site for Hindus.

Golgumbaz in Bijapur is the important heritage monument in Karnataka and is the second largest dome in the world built by the Bahamani ruler Adil shahi.The architecture is unique with four minarets leading to the top of the dome.One of the amazing feature of the dome is the acoustical system.The sound produced in low intensity from one end can be heard at the other end of the gallery.Even the faintest whisper around the dome echoes several times.

The famous trekking trail in chickamagaluru district is the highest mountain in this region.The highest point which is 1926 meters above sea level.The captivating scenery makes it as an frequently visited pilgrim center.The peak takes its name from the muslim saint Baba-Budan.At the loftiest point theirs a laterite cave believed to be the residence of this great saint. Its a trekkers and photographers paradise flanked by misty landscapes, coffee plantations and homestays.

Agumbe is at the pinnacle of the western ghats stationed in Shimoga is well known for its spectacular sunset.It's also recognized as Cherapunji of south India and receives highest rainfall in Karnataka.

Karnataka has got lot of other things to offer to all backpackers and the list is never ending.The places listed here are some of the most important one's and visited by me. Will keep you posted with all other places of interest in future posts.To all my fellow travelers come and explore Karnataka and feel and breathe in the spirit of Karnataka. 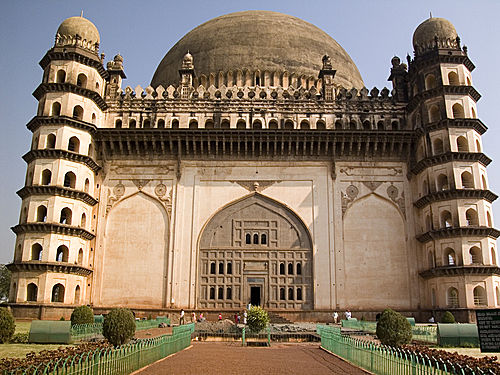 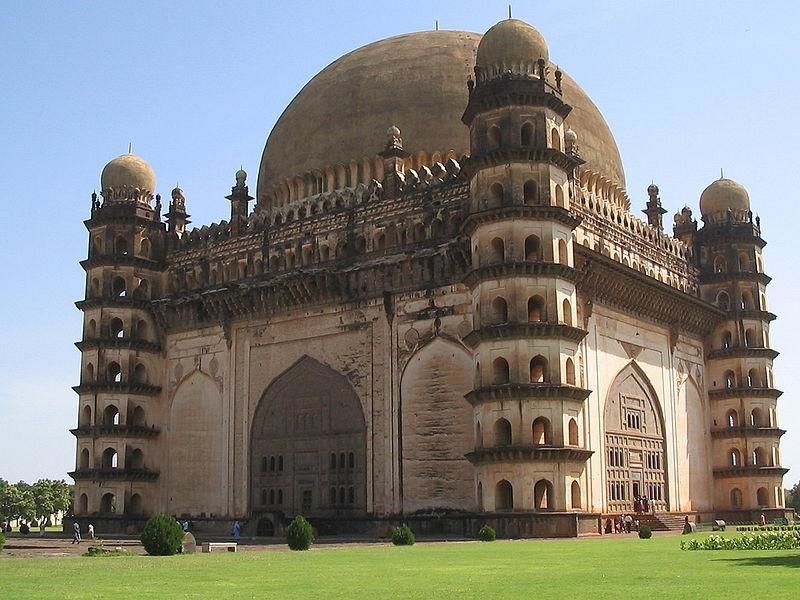