An African Paradise: Everything You Need To Know About Travelling To Mauritius

Mauritius is romance taken neat. The changing colours of the endless horizon and turquoise waters stretching beyond one’s gaze; Mauritius offers detachment from the chaos of the real world and invites you into the romance of being nowhere. This must be why this island country finds its way into most people’s honeymoon itinerary or romantic getaways. It is hard to worry or have a single care in the world here.

Mauritius brings to the imagination a montage of images of amazing vistas to visit amidst the blue sea. It is one of the few countries that is more coveted for its waters and shores, than its cities or culture or history. To be in Mauritius is to be floating, surfing, diving, swimming and very rarely, walking. 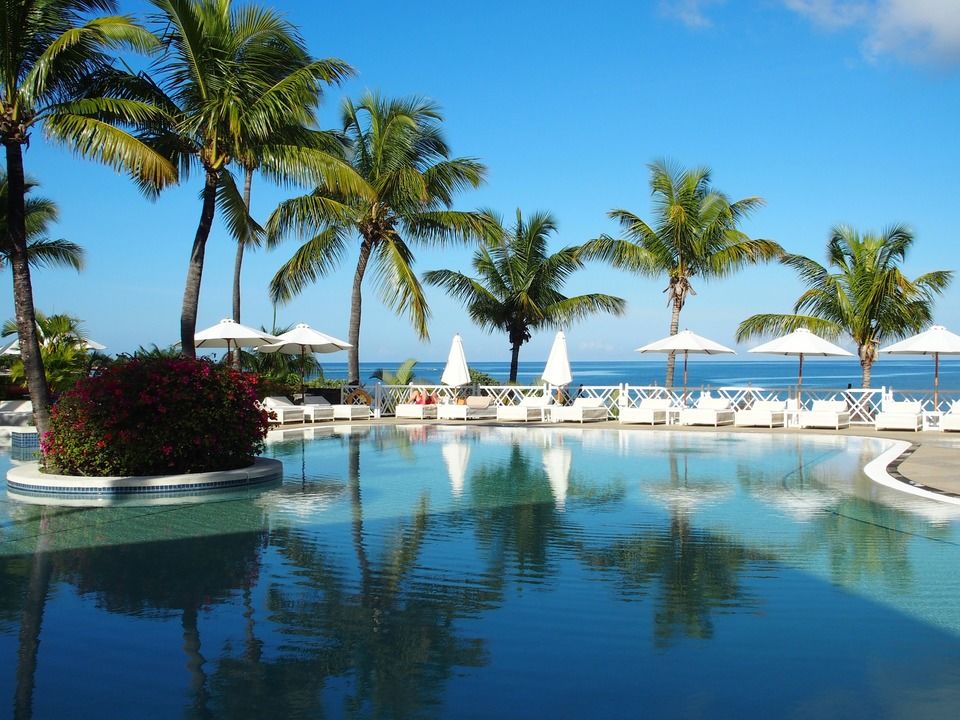 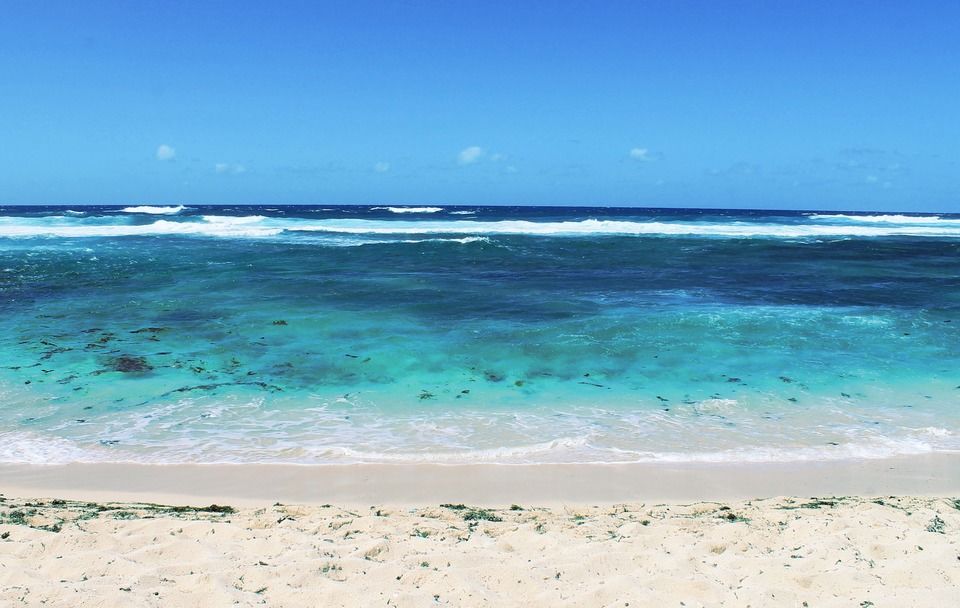 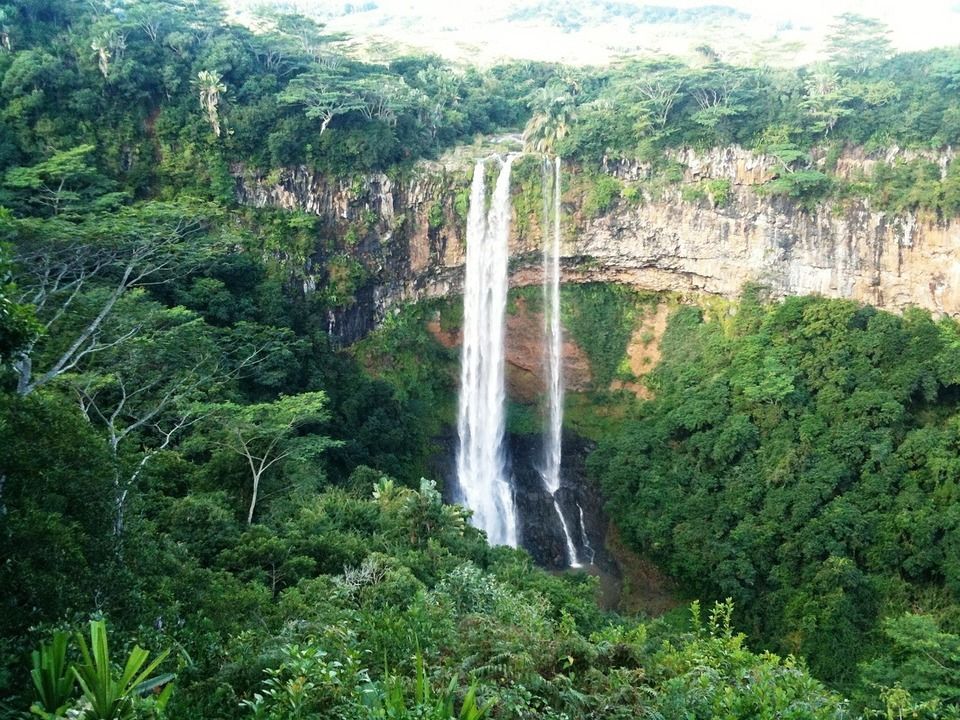 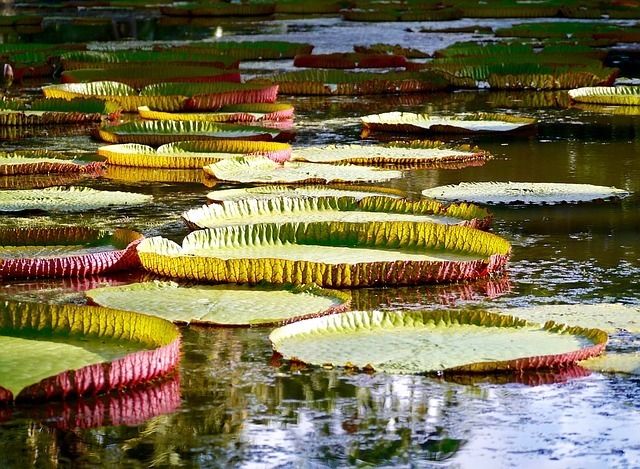 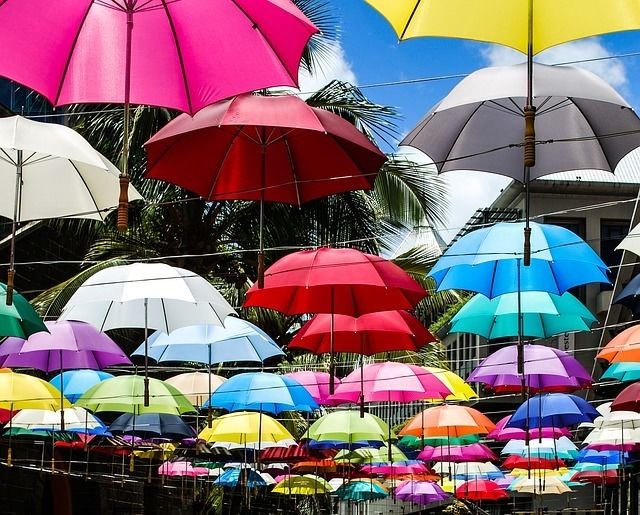 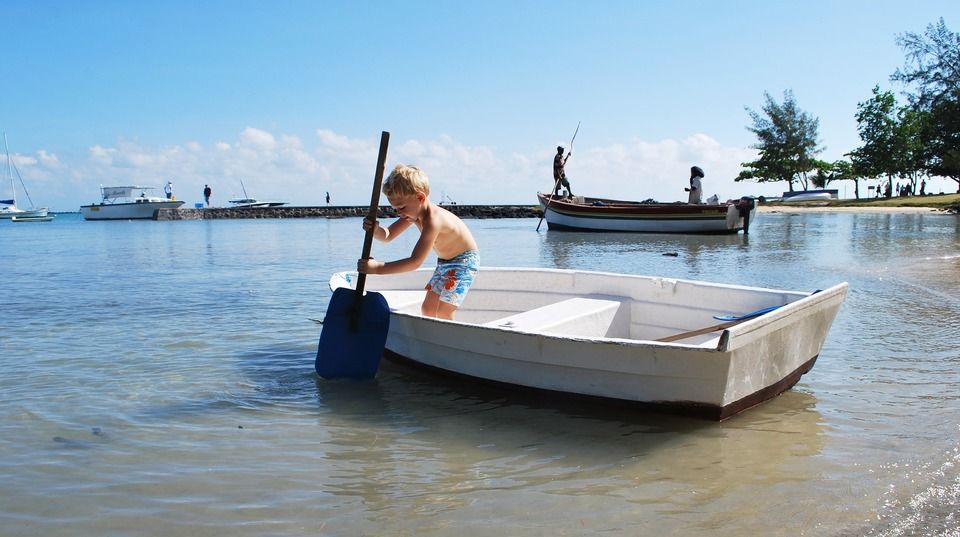 Did you know that Mauritius rests on what is a newly discovered continent? The island country is now the last over water remnant of Mauritia, a now largely submerged continent in the Indian ocean. Here's all you need to know about exploring the entire continent of Mauritia in six days.

How To Reach Mauritius

Mauritius has two major airports that receive regular commercial flights from all around the world, the Sir Seewoosagur Ramgoolam International Airport and the Sir Gaëtan Duval Airport. The former is the busiest of the two. There are direct flights as well as flights with a stop over in Dubai. You can also reach Mauritius by cruises that operate from South African ports.

All foreigners travelling to Mauritius require a visa to enter this country. Citizens of Afghanistan, Bangladesh, Indonesia, Iran, Iraq, North Korea, Laos, Libya, Mali, Pakistan, Palestine, Saharawi Republic, Somalia, Sri Lanka and more countries need a visa prior to their arrival in Mauritius. You can see the list of countries here which require a visa on arrival and before arrival. Some countries do not require a visa to visit Mauritius, the names of these countries have been mentioned in this list. A tourist visa is valid for sixty days from arrival. You can find more details about getting a visa for Mauritius from here.

Getting In and Around

Sir Seewoosagur Ramgoolam International Airport in Plaisance is the main access point for Mauritius. Hiring a car is the easiest way to explore Mauritius. For places to visit in Mauritius unconnected by roadways you can opt to fly to various places. Helicopter rides to most attractions are offered by Air Mauritius. Metered taxis are available for shorter routes.

Get Acquainted: A couple of days In Port Louis

From providing a smooth sailing entry into Mauritius to being a comfortable base to explore most of the island's exotic sites, Port Louis is more than just the capital city. It is your one stop introduction to Mauritian culture, lifestyle and of course, beauty.

The capital city provides easy access to most of the must-do things on a Mauritius itinerary. In its self, Port Louis holds very little for travellers, who just mainly come here to enjoy its luxury resorts and private beaches. The markets and streets of Port Louis can be quite interesting with a rare mix of cultures— Indian, Chinese, African, European and more. Port Louis is great to set up base and then move on to explore the other things to do and places to visit in Mauritius.

Things to do in and around Port Louis

Visit the colonial days at the Eureka House

This old architectural beauty has now been converted into a museum that houses some vintage furniture pieces and a courtyard that is fit for royalty.

Hike to the top of "The Thumb"

Le Pouce, or the thumb, is the third highest mountain in Mauritius. The hike takes about 2hrs. from Port Louis, and offers a haunting view of the Indian ocean.

Have a flowery time at the Pamplemousses Botanical Garden

One of the biggest botanical gardens of the south has more to intrigue you with than just its name. Its vast collection of Water Lilies is one of them. One of the more offbeat places to visit in Mauritius.

Renew your love for stamps at the Blue Penny Museum

Evoke some memorable childhood memories with its significant collection of coins.

Shop everything Mauritian at the Caudan waterfront

From crafts to gadgets to some exotic herbs, it’s time to exhaust your Mauritius shopping list. 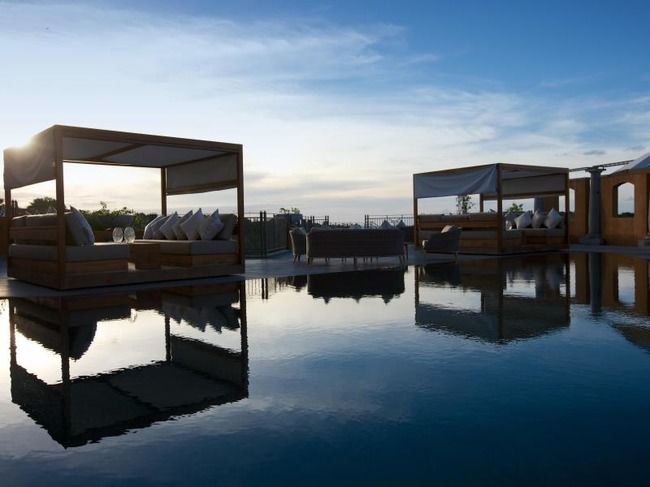 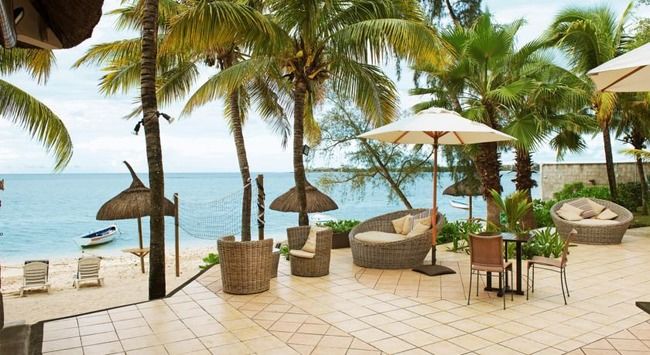 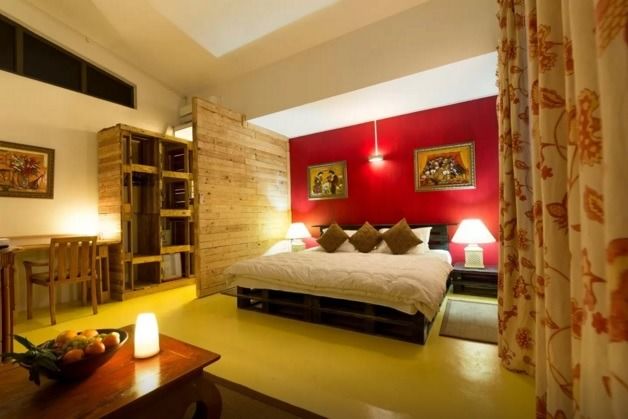 A haven of sorts for beer lovers, Lambic offers a fine range of craft beers with great food to go with it.

Here you will find a good Chinese meal and some good local company to enjoy the meal with.

A view of the harbour served alongside a delicious fare of sea food. Try the grilled fish or the Calamari.

A couple of days in Flic en Flac

Whether you want to lay back and get a tan or ride the waves, Flic en Flac caters to all. It is also a great place to start exploring the Black River region of Mauritius, undoubtedly the most gorgeous part of the island and an incredible place to visit in Mauritius.

Amazing Things to do in and around Flic en Flac

Dive right into it

Ti cabo and the Sea Urchin Diving Center will kick off your experience underwater.

Surf at the Tamarin Bay

Hailed as one of best places to visit in Mauritius to go surfing, Tamarin’s waters can be both easy and a bit troublesome, but definitely worth the experience. The nearby Tamarin Hotel provides lesson to beginners.

Get away from the beaches to find the beauty within. Acres of the natural beauty, it will certainly not let you miss the waters. 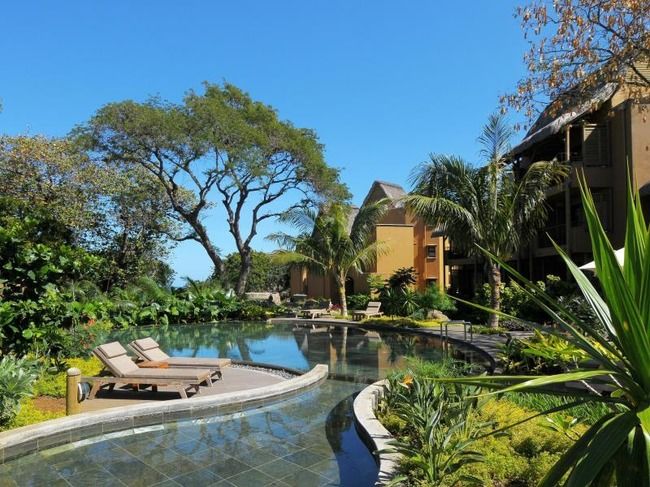 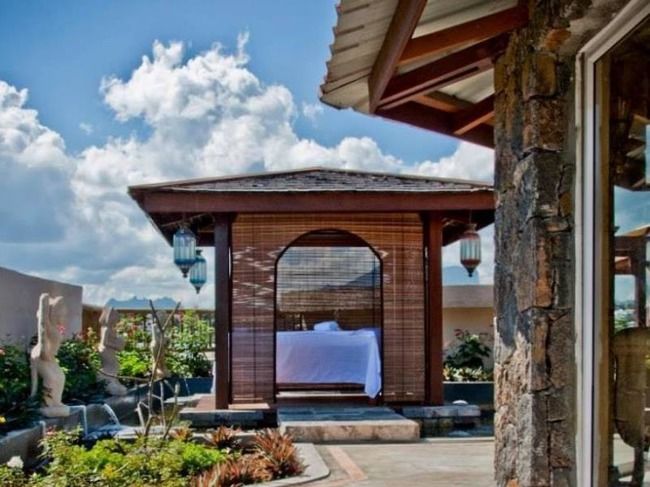 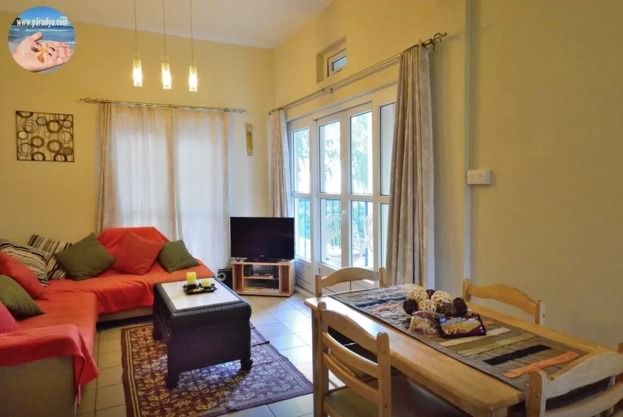 A vibrant spot serving some delicious pizza and Tuscan meals. A great spot to hangout and have a quick snack.

Head here for a taste of some traditional, local dishes and a romantic setting. Perfect for a dinner date.

Head to Mahebourg for the final lap

On the east coast is Mahebourg. This tiny village on the east coast has only recently started to attract the tourists. Nevertheless, it remains a charming spot for anyone wanting some peace and quiet. Its proximity with the Blue bay and Pointe D'Esny, puts it on the itinerary of most travellers.

Humble in size and glamour, Mahebourg is extraordinary in its ordinariness. A colonial feel still lingers in its old buildings and a tiny museum while its beaches and shores still reek of its prominence as a former trade port. This is a delightful, small village that is not to be missed on a Mauritius Itinerary.

Amazing Things to do in and around Mahebourg

What better way to explore the crystal clear waters of the Blue Bay Marine Park. The ride lasts for 2 hours, you can either stay on board or opt for some snorkeling. One of the most popular things to do in Mauritius.

One of the very few locations that will let you truly enjoy the sport. Pointe D’Esny is also attractive with its postcard worthy views and for being a boat ride away from the Ile Aux Aigrettes Nature Reserve. The beachside town is definitely among the most serene places to visit in Mauritius.

Cruise to the Ilie Aux Cerfs

Take this cruise on your last day in Mauritius. This small island located off the coast from Mahebourg introduces you to acres of untouched vegetation and an exemplary golf course. 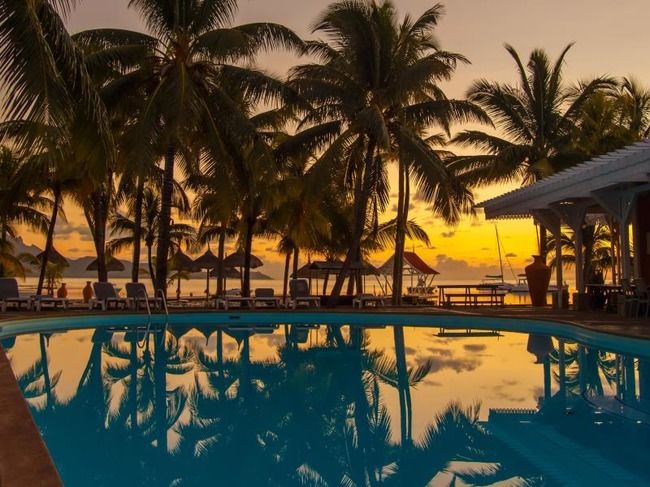 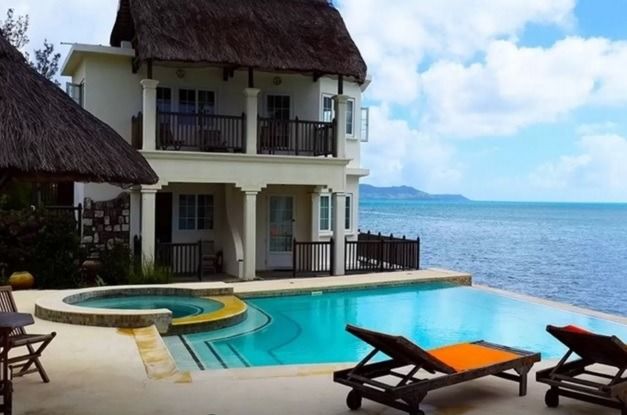 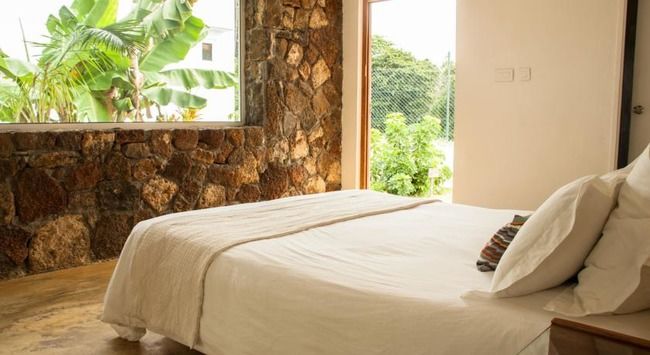 Serving some good French cuisine in a quiet setting away from the busy city. The service takes a little longer, but the food is worth the wait.

Known for its Cajun cuisine, Le Bazilic makes for a great lazy afternoon lunch. A local favourite, it captures the true flavours of Mauritian food.

Have you been dreaming of a getaway to Mauritius? Tripoto is where you can discover amazing places to visit in Mauritius and nearby. See where fellow travellers have been and plan a truly unique, memorable vacation.

*All prices are approximate and as updated on 18 February 2016.