Chettinad’s men and its mansions

At 07:00 in the morning, I reached Kanadukathan. A village in Chettinad region known for its grand mansions. Mr. Chandramouli, a native of Kanadukathan, on my request readily agreed to narrate the story of Chettinad himself.

BIRTH OF CHETTINAD: “During the period of Cholas, the community of Chettiars, lived in a sea-side village called Kaveripoompattinam (Present day Poompukar in Tamil Nadu). They were known to be Seafarers and sailed in boats (not ships!) to many countries for trade. Sometimes they returned after a year or more. Yet, the businesses were profitable and the families wealthy.
During one such trip when the men were away, Kaveripoompattinam was washed away by a tidal wave. On their return, to the grieving men, the Chola king allotted new lands for settlement. These lands were bordered by sea, Pran malai and two rivers. With the fear of flood still fresh in their minds, they refused to accept the land offered. Instead, they moved inland, as far away as they could from the sea and settled across 72 villages, which today is known as Chettinad!” explained Chandramouli.

THE GRAND CHETTINAD MANSION: One of the famed mansions of Chettinad region is ‘Chettinad Mansion’ in the village of Kanadukathan.
Design of the mansion: After the tour of the mansion, Mr. Chandramouli began explaining the design aspects. “There were three factors that influenced the design of mansions.” “First: protection from floods. There is storm water drainage on the roads; so there cannot be water logging in the streets. The houses are built at a level of 5 to 6 ft. Even if there is water logging in the streets, it cannot enter the house at 6 ft; even if it does, there are 2 levels in the living room. Even if it does enter the next section, there are two levels there also. The drainage within the house was built in such a way that water even from the middle of the house can be drained and there will be no logging.” “Two: Human comfort. Tall ceilings, marble flooring and hundreds of windows in the mansion are meant to aid air circulation and keep the rooms cooler". “Third: Combined living. In those days men traveled for longer periods for businesses and it helped that the rest of the family stayed together” he said. – That explained why there are 126 rooms in a single house!

OTHER MANSIONS IN THE VICINITY: Not just Chettinad Mansion, the village of Kanadukathan has so many such spectacular mansions on every street, that at the end of the walking tour, I lost count of it.  “The present generation of Chettiar community has moved to different cities in India and many to other countries too. However, be it a family function or festivals, they religiously come back to Chettinad, to their roots, to celebrate with their family and friends” concluded Chandramouli proudly.
With years of history and humungous effort in preserving their traditions and unique architectural style, Kanadukathan truly deserves to be called a ‘Heritage Village’.

A truly grand mansion spread across 45,000 Sqft with 126 rooms, it was built from the period of 1902 to 1912 by Chandramouli’s father, the late S.A.RM. Ramasami Chettiar. Yes, 10 years! Apparently, each section of this spectacular mansion had been built in different periods and with different materials from different countries. 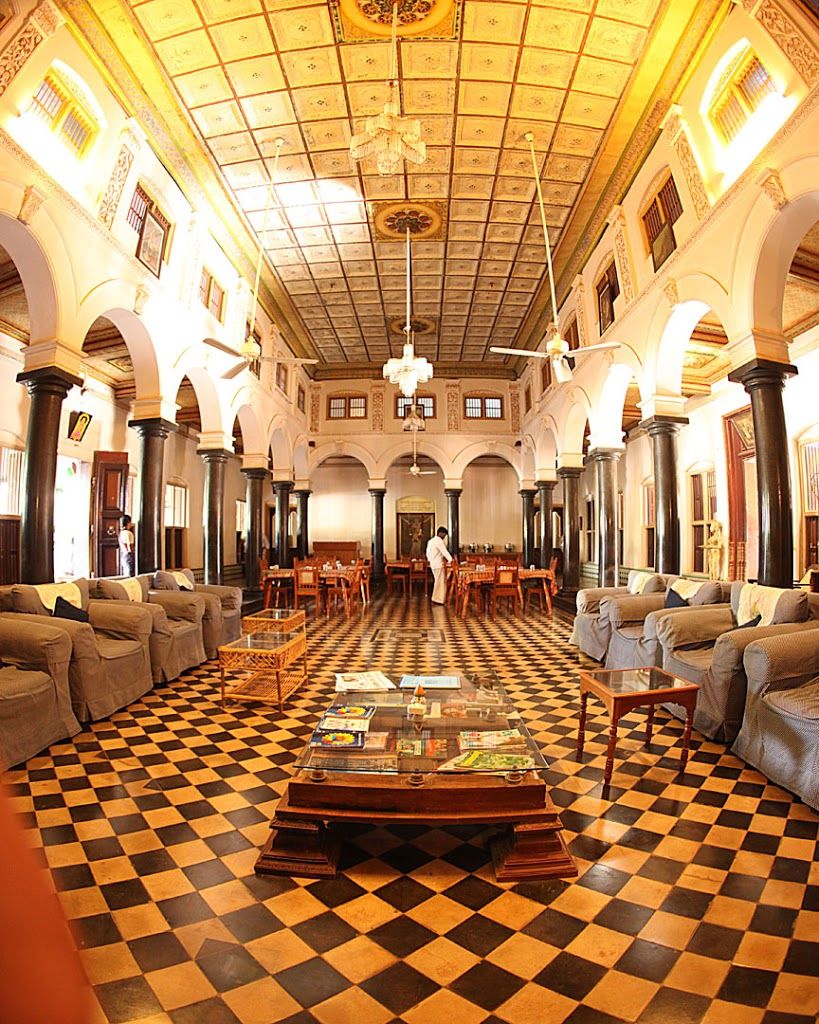