With an estimated 45percent of green space covering the city, public parks and lush green are found at every nook and corner. There are more than 500 parks in Chennai. Gardens of Chennai are the gateways of escape from the chaos of city. All age groups people visit these Gardens to beat the heat and treat themselves. The verdant greens, luxuriant blooms, aesthetically designed lawns, offer a great relaxation to every soul. Parks are called POONGA in Tamil.

Being a Chennailite for 36years, as a child I was a regular visitor to the parks. My mother would cook in large quantities, we ten cousins would go to the park, play, eat and enjoy as a family outing. The best game we enjoyed was rolling on the grass.
The famous parks that give a lovely look to Chennai, are
A) PANAGAL PARK-
This park is named after Raja of Panagal who created the park. When the Long Lake on the Western region of the old city was drained out of a park was developed and it was named Panagal Park from 1923. This park is situated at the major junction T Nagar. After renovation of the park at 2010, this park became a major spot for chennailities. This park is open from 9am-5pm. This park is famous for various sports, kids play area, small stage performances and walking tracks. Being in the limelight area, don't miss this park visit.
B)Guindy National Park -
The very name shows, the park is famous for wildlife and is one of the major hangouts of chennailities. 5km area is given for the park and is one of the last remnants of Coromandel Coast. In 1670 it was called, Guindy Forest which became Guindy Lodge and today it is a National Park. This park has dry evergreen shrub, grasslands, thorn forest, water bodies, different variety of grasses, herbs and 350 species of shrubs. There are 14species of mammals in the park. The park has 150 species of birds, 9 species of amphibians. Snake park is the major attraction of the park. It is open from 9-5.30pm. Don't miss it!
C)NAGESHWAR RAO PARK-
This park was called Arathakutti. The owner of the pond on the park is Ramayamma Panthulu, Aravamutha Iyengar and Nainiappa Mudaliyar who donated this pond. From 1940 this park is open. In 1996 it was renovated and the pond became the garden. In 2002 project Green spaces was started. Being a mylaporean, I have been innumerable times to this park. Travellers don't miss it.
D)ANNA NAGAR TOWER PARK-
The tallest park in Chennai known as Dr.Vishweshwaraya Tower park. In 1968 this park was built as a part of World Trade Fair and it is 135 feet tall. This park covers 15-35 acres. The tower has cyclic ramp spiralling to the top. The park is famous for amphitheatre, bird watching, play area and Badminton court. Most amazing park, every traveller will love it.
E)ANNA ZOOLOGICAL-VANDALLUR PARK-
This park was found in the year 1855, it is one of the largest zoological garden of chennai. The nawab of carnatic donated his entire animal cleection to the museum.in 1861, over 300 animals were transferred Peoples Park. Seeing the growth of the animals, Tamil Nadu forest set Vandalur park. The ecosystem consist of dry deciduous and evergreen shrub forest. There are 170 species of mammals, birds and reptiles. There are 46endangered animals 138 plant varieties. As a school excursion I have been to this zoo cum park. Learnt a lot. Don't miss it.
F)SECRETARIAT PARK-
This park is near the port. In 2009 this park was developed by chennai corporation. This park forms the major subway of the city. Lot of amenities like granite plazas for yoga, pathways to walk, walls for art lovers, student drawings, children play area, fountain that has abstract design made of alloy of copper and tin. Have crossed the exterior of the park area. Still don't miss this travellers.
G) SEMMOZHI POONGA PARK-
It means various languages park. It was opened in 2010. It is opposite to the American Consulate. It is one of the largest botanical garden of chennai. It is a 20acre land where flora is from China and Thailand. The garden has 8 sub gardens, a tree court, walk areas and duck pond. The theme throughout the park is Indian-Buddhist garden format. There are 22 species of flora, butterfly garden near the cascade fountains, 30 species of flowers, amphi theatre, garden ramps, walk areas, vertical gardens and ponds. It is open from 6-8am for walkers, 10-8pm for visitors. Three months after the opening I went, saw as many floras, enjoyed the duck pond. Don't miss it for sure.
H) THOLKAPPIER GARDEN-
It is known as Adyar Eco Park. It is named after famous scholar Tholkappier. It opened in the year 2011. This park is 358 acres long. The parks ecosystem consist of dense evergreen forest, trees and shrubs. This park is divided in two phases. PHAASE 1- Pitchandhikulam forest that has about 58 acres, where a mangrove forest is created on the soil. PHASE 2- it is more of eco restoration. It includes habitat restoration, sanitation, waste management . There are 200 species of birds, 143 species of fishes, amphibians, 85 species of birds, 10 species of mammals. The park is open from 9.30-12.30am and evenings 2.30-4.30pm. Don't miss it.
Chennai has become SINGARA CHENNAI, for these parks have made the city attractive and friendly too. Don't miss them.
http://radnarasimhan.wordpress.com http://radnara.wordpress.com 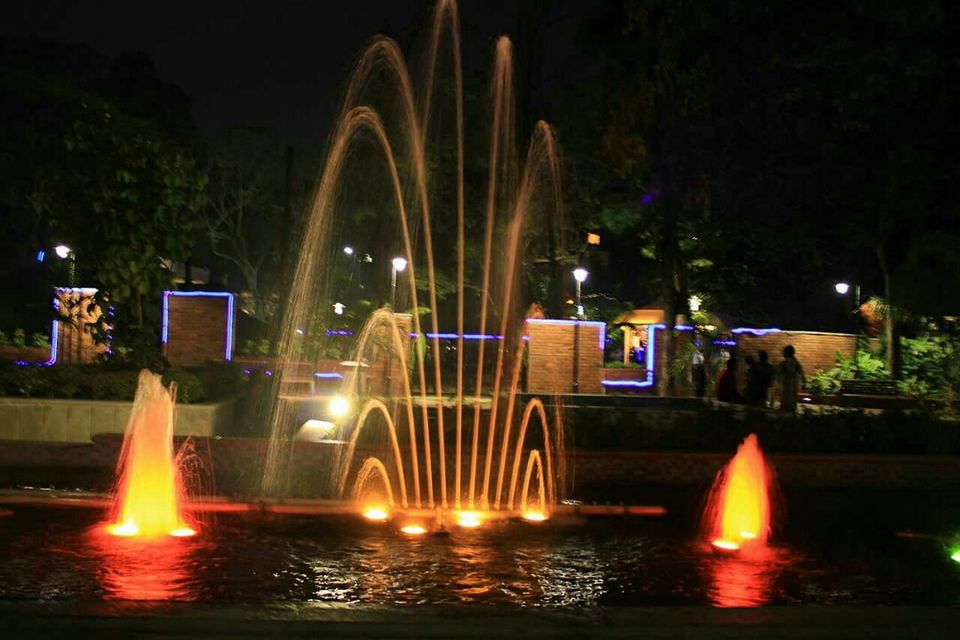 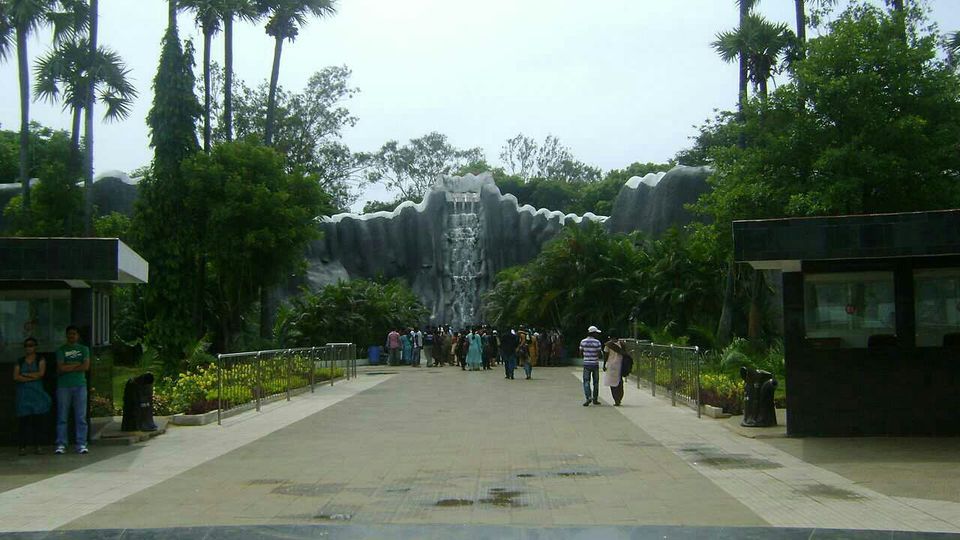 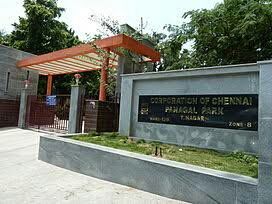 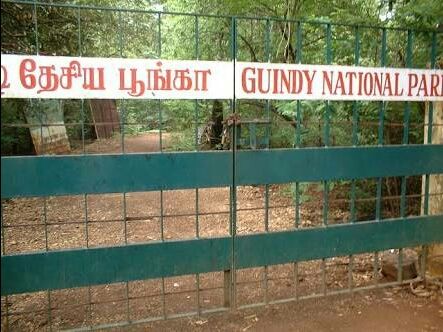 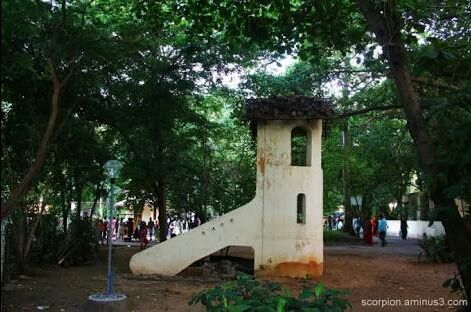 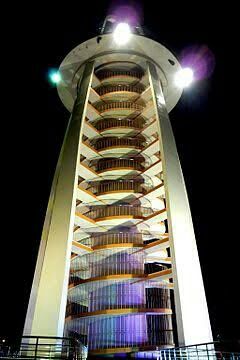 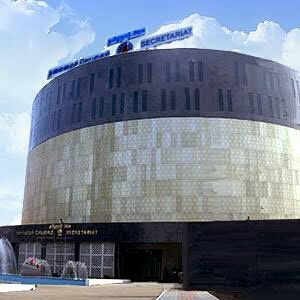 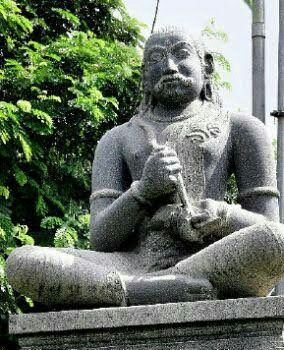