After Pondicherry, Head To This Lesser Known Tropical Town For Your Next Getaway

Tamil Nadu's Nagercoil ushers you in with a tropical breeze rustling the coconut fronds, and the air is adrift with the chime of faraway temple bells. As you walk past one of the city's local bazaars, your ears will be abuzz with the clamour of bargains being struck, the distinct crunch of banana chips, the hurried rush of women’s anklets and the easy laughter of their children. The sights and scents come to you next – the full-bodied aroma of filter coffee, carts brimming with pearly-white jasmines and roadside shrines bleached by the blazing sun. Sitting near the tip of the Indian peninsula, Nagercoil is bordered by the Western Ghats, and leaves an indelible first impression.

Why travel to Nagercoil

At various points through Nagercoil's colourful history, the city came under the rule of the Chera, Chola and Pandya kingdoms. And quite expectedly, several battles centring land disputes followed. Literally translating to the 'Temple of the Nāgas (serpent king)', the moniker was derived from the ancient Nagaraja Temple. Framed by the green of the Areca nut and rubber plantations, the town happens to be the administrative headquarters of the Kanyakumari district, and way back in 1956, was referred to as Nanjilnadu. The town's produce is mainly sourced from its forested hills, where butterflies can be seen navigating their way through banana groves, while dragonflies prance about the paddy fields. So travel to Nagercoil for the charm of its sylvan scenes, temples cloaked in Hindu legends and the serenity of the sea.

Of gods and mortals

Nagercoil is flanked by a multitude of temples and churches, of which the following are its most frequented. 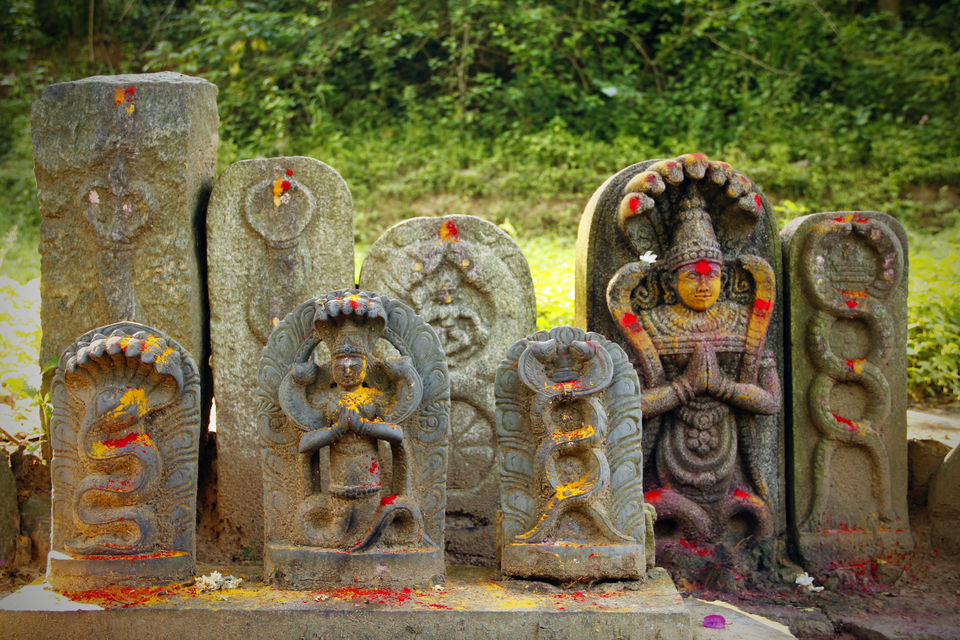 The Hindu temple worships the five-headed serpent deity, Vasuki, and sits on the mountain of Mahendragiri in the Kanyakumari district. This is believed to be the exact area that is referred to as the abode of the Nagas in Valmiki's Ramayana. The temple also worships Lord Krishna. And as per tradition, the priests presiding over the religious proceedings are Nambudiri brahmins (Kerala's Hindu brahmins). The worshippers can usually be seen using milk and turmeric powder as a part of their prayers. 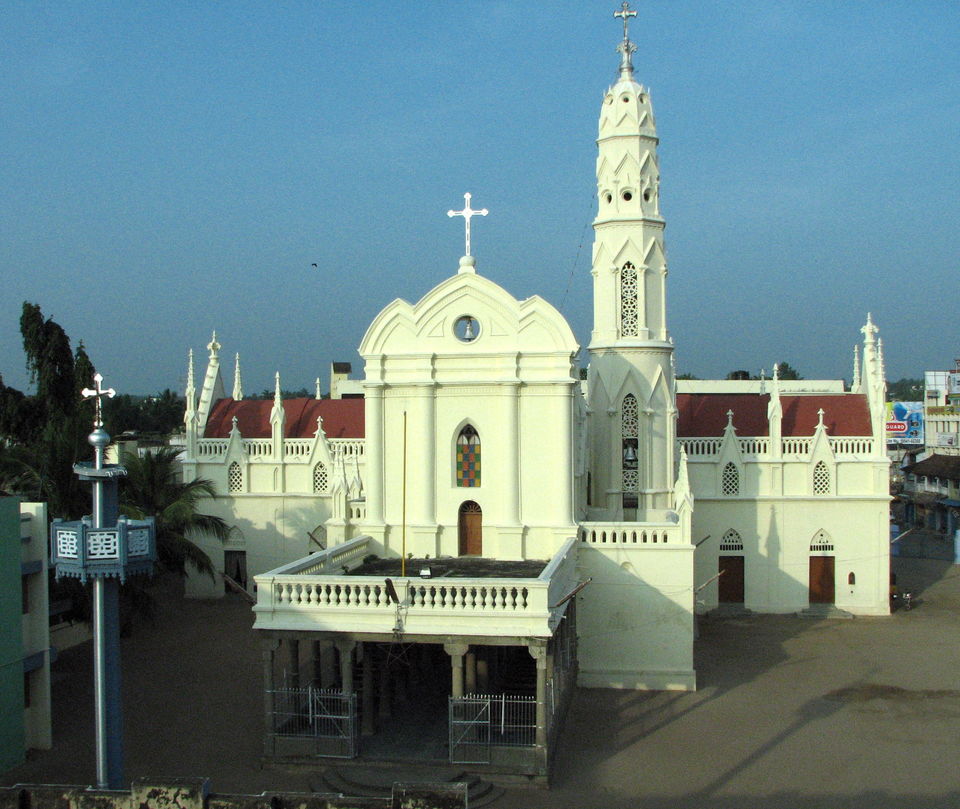 Dating back to 1600, this Roman Catholic Latin Rite shrine can be found at the Kottar bazaar of Nagercoil. It's believed that Saint Xavier, a missionary worker, arrived in the Kottar neighbourhood and averted a Padaga invasion using his cross alone, thereby protected the people of the Venad kingdom. The then king, Unni Kerala Varma, as a gesture of goodwill, honoured Xavier's services by allotting him a piece of land for the construction of a Catholic church. And since AD 1544, the church stands dedicated to Mary, the Mother of God. In 1930, the church was alleviated to the rank of a cathedral.

CSI happens to be Nagercoil's largest and one of Asia's oldest churches. The towering Protestant church was built sometime in 1819, during India's colonial period, under the administration of Reverend William Tobias Ringeltaube. Acclaimed for its Greek-inspired architecture, the church carried out the theological education in and around Nagercoil for around two centuries. 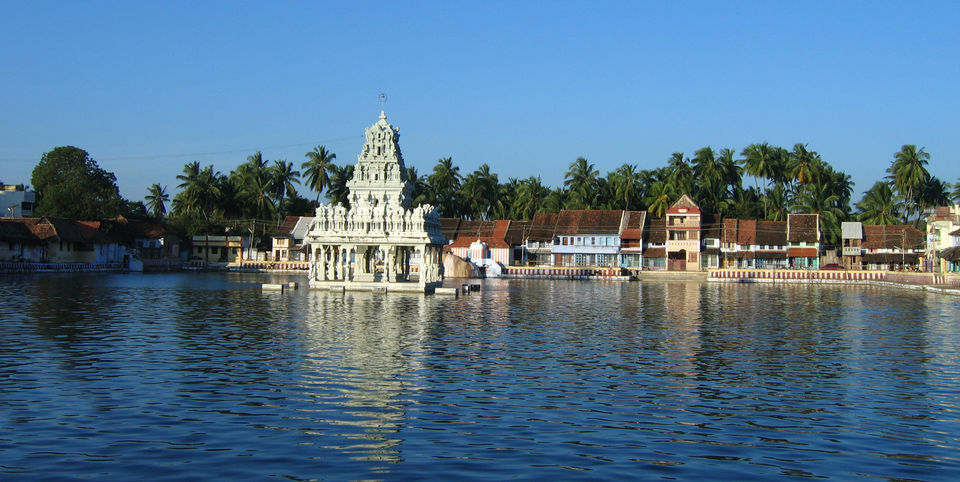 Around six kilometres from the heart of the town, the temple is thronged by pilgrims from across the globe all year round. The locals believe that the King of the Devas, Indra, visits the temple every night. The Hindu temple practices the worship of the Trinity of Hinduism – Shiva (Sthanu), Vishnu (Perumal or Mal) and Brahma (Aiyan) for the resident deity, Thanumalayan. 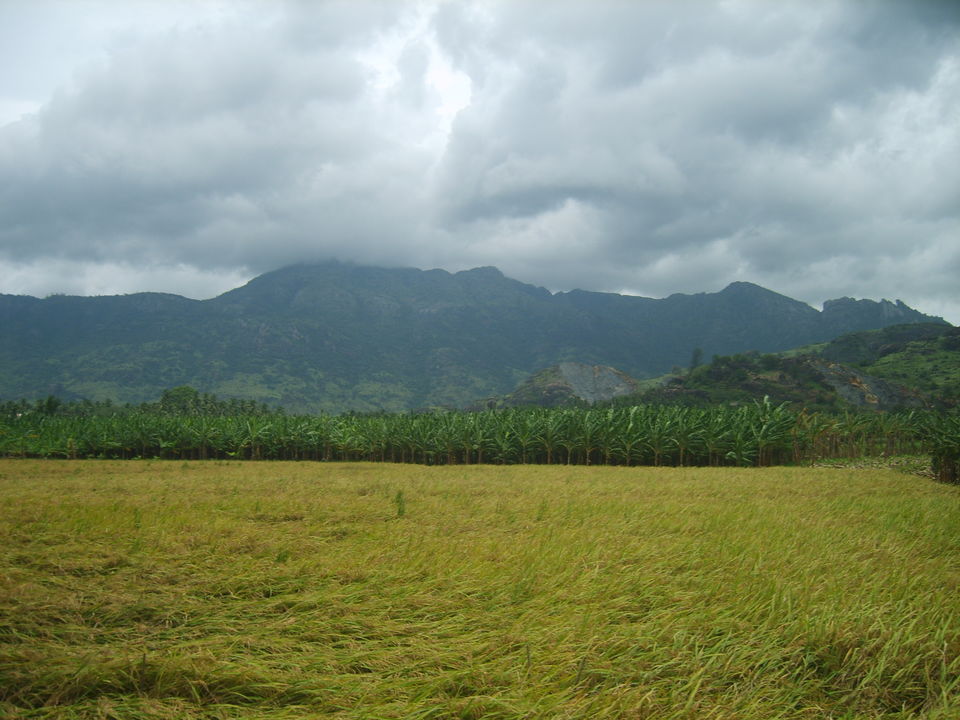 En route Trivandrum, on NH47 lies the suburb of Krishnacoil. And herein lies the 1000-year old temple that worships Lord Kishna. Decked with effigies depicting him in his childhood avatar, the temple is a little over a kilometre away from Nagercoil.

A bevy of beaches

After you're done feasting on the the fluffy idlis and the ghee-soaked dosas at the tiffin-houses surrounding the temples, make a beeline for the town's surrounding beaches, that come in various shades of blue. 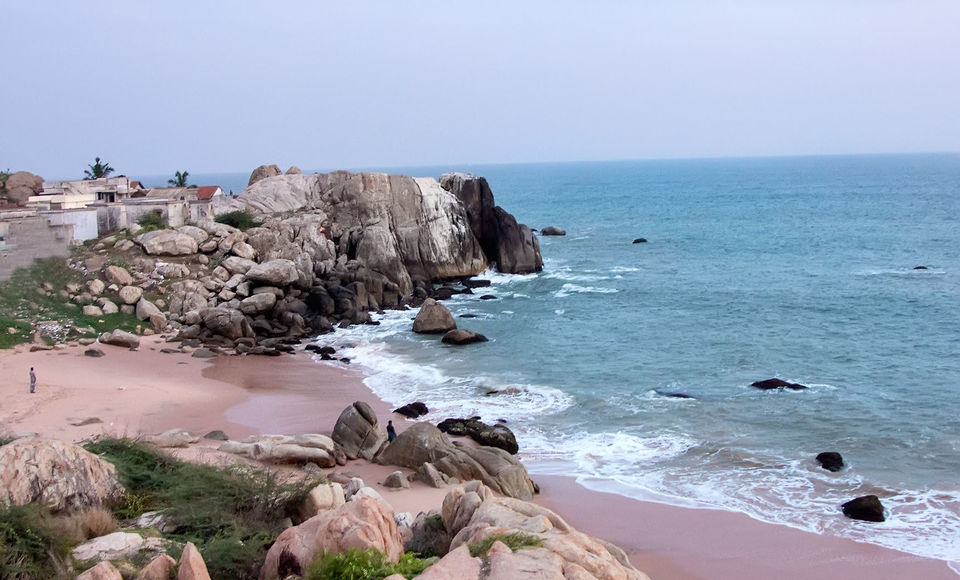 The bewitching shore calls out to the travellers with its sweeping waters and the majestic rocks jutting out into the sea. 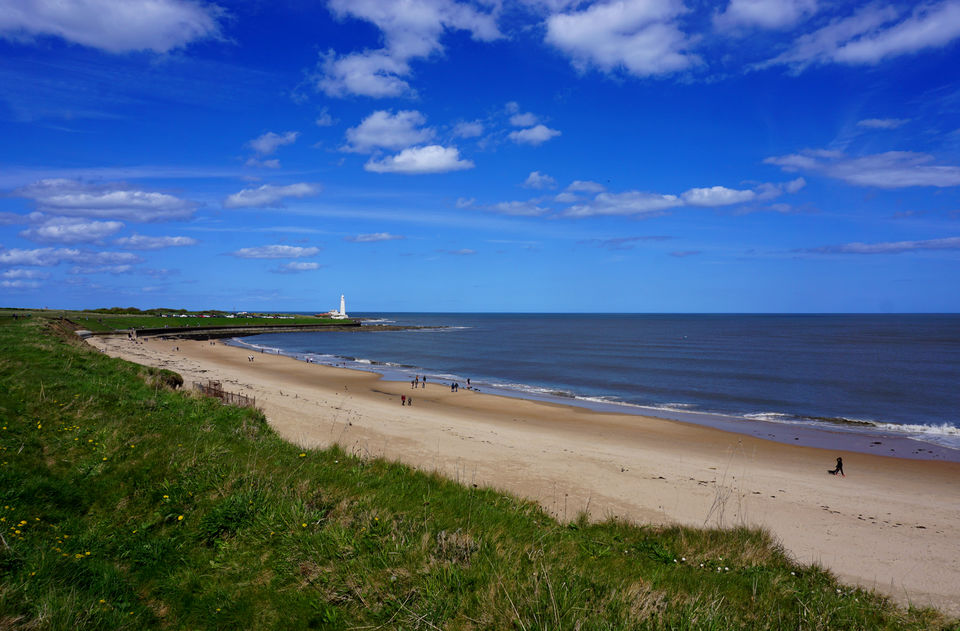 Accessible by the West Coast Road, this beach is swarmed by hawkers selling everything from tales about ancient legends, to kitschy baubles.

Nagercoil offers a plethora of other beaches – Sothavilai, Thekkuruchi, Thengapattinam and many others which are waiting to be visited, explored and loved, but in a responsible manner. 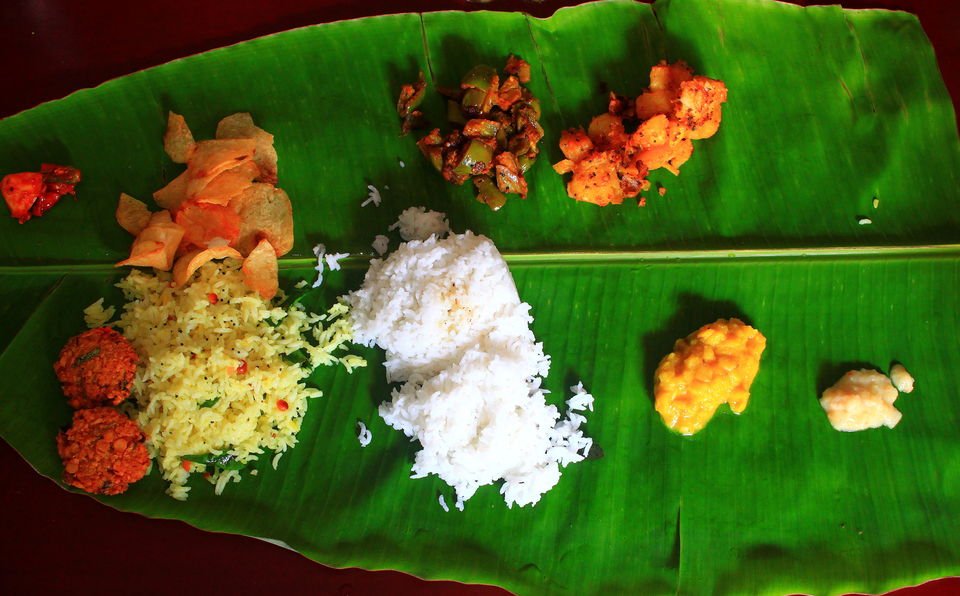 A scrupulous concoction of star anise, tamarind, black pepper and red chilli, takes centre stage in almost every serving of Nagercoil's buzzing tiffin-rooms and eateries. Sample the plethora of coconut-scented dishes that are inspired by Chettinadu, Kongunadu and Nanjilnadu cuisines. Try a plateful of the simple ulunthan choru, created out of lentils (urad dal) and white rice. You could also go for the zesty stew, vendhaya kuzhambu; cooked mainly with fenugreek seeds, this is a local favourite. Another dish epitomising the Kerala flavours, is the nanjil fish curry. For those with a sweet-tooth, gorge on the delish kinnathappam. These rice and coconut milk pancakes will have you begging for more. And lest you forget, here's a reminder to take back home a packet or ten, of the addictive banana chips. 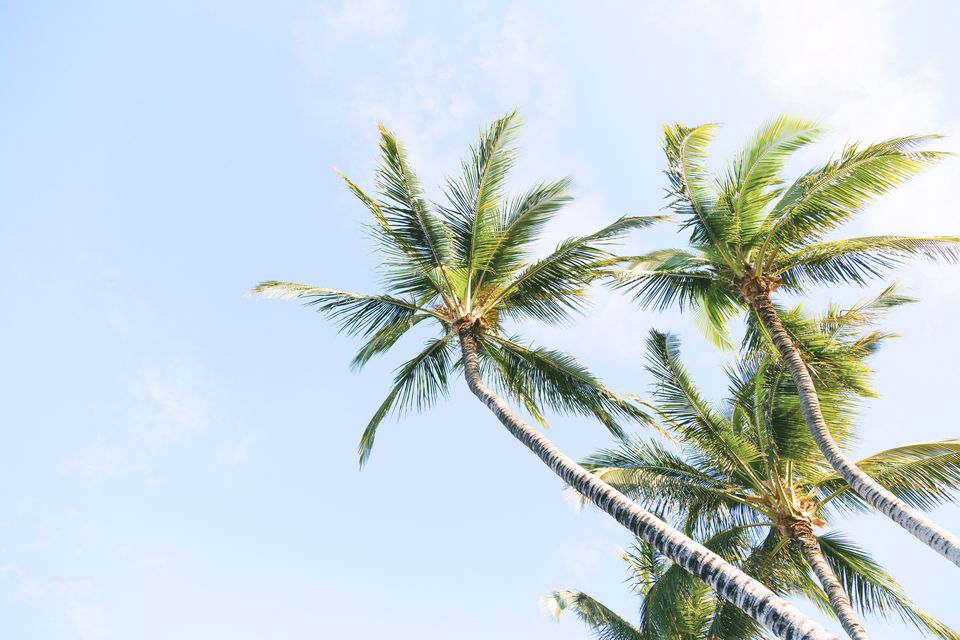 December and January are considered to be the coolest months in the southern town, when temperatures go as high as 28 degree celsius and as low as 15 degree celsius, making it the perfect time to visit Nagercoil.

By air: The nearest airport to Nagercoil is located in Thiruvananthapuram, a little over a 73 kilometres away. Accessible by taxis, it takes around two and a half hours to reach Nagercoil.

By rail: Regular trains ply to Nagercoil from most major cities of the country, the nearest railheads being the Nagercoil Junction (NCJ) and Nagercoil Town (NJT).

You can travel in and around Nagercoil via rickshaws, auto-rickshaws (tuk-tuks), buses and local taxis. A ride on a government-run bus will usually cost you somewhere around ₹8 to ₹15, and for a distance of 10km, auto-rickshaws will charge you ₹500.

Stay options in Nagercoil are a blend of both traditional and refined, keeping true to the city's rich heritage. These two hotels have been picked, keeping in mind the budget and the distance from the city centre. 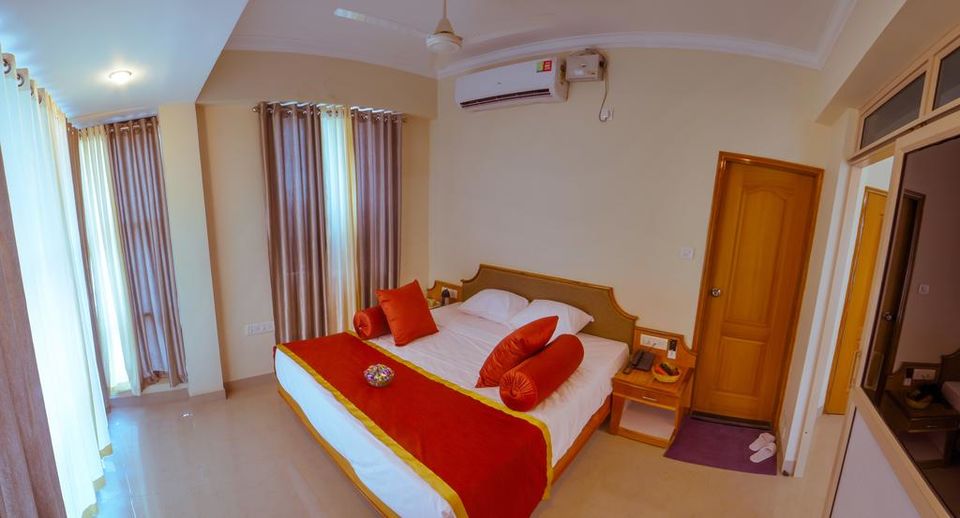 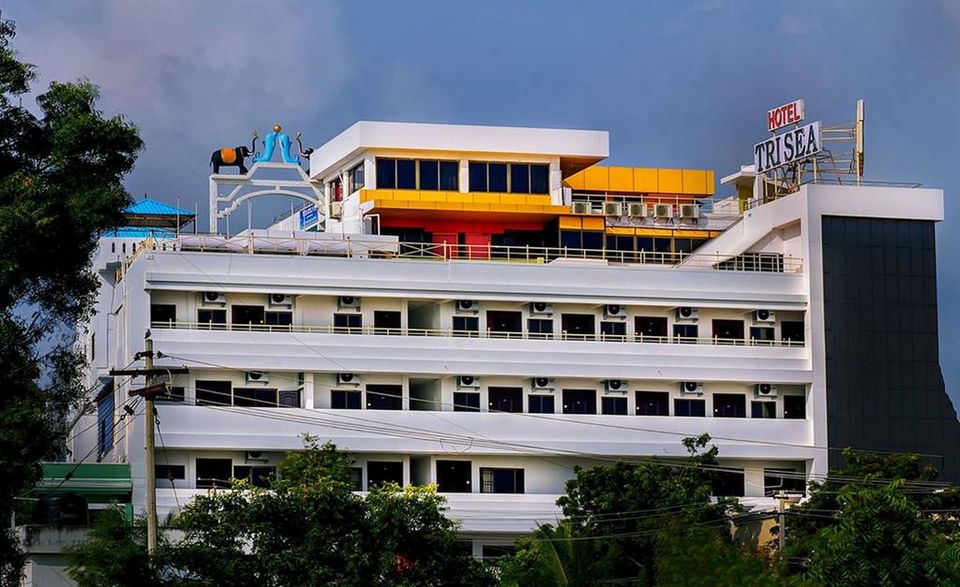 Travelled to Tamil Nadu recently? Share your travel journey on Tripoto and inspire millions to travel!