The Clock Tower is a symbol that has been elemental in the construction of local identities. While the landscape around the Clock Tower has been changing continuously, its connection to the local community and to the Society’s collective identity has only grown over the years. 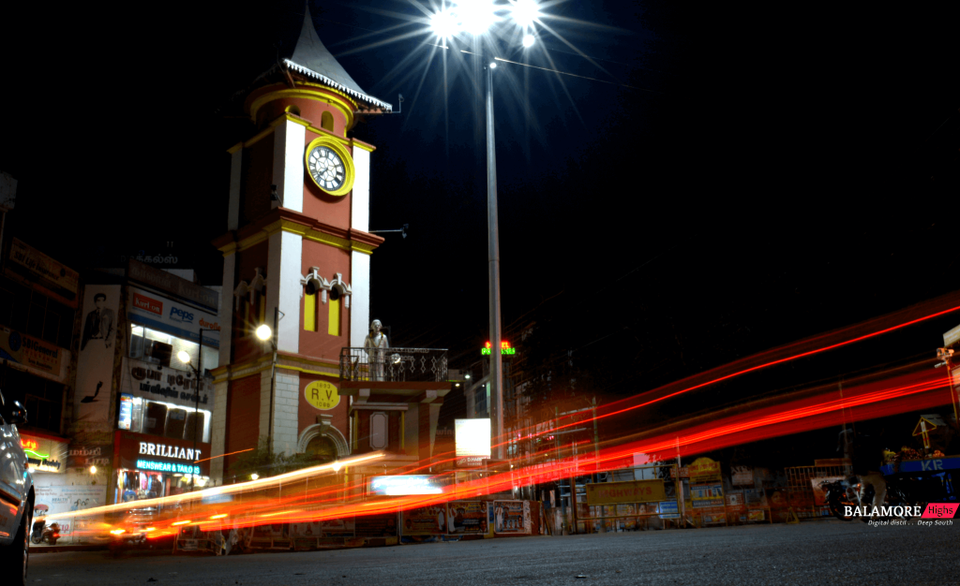 Some places, even shared physical spaces, dominate our mental spaces than others. For a KK’ite, the Tower Junction has an appeal that goes beyond words and an association that is intrinsic as our own individuality. When Pothys called itself the Latest Identity/Landmark (Puthia Adayalam) of Kanyakumari, KKites turned red on Social Media & flooded FB with posts of local landmarks like the Clock Tower, Vivekananda Rock & Thiruvalluvar at Kanyakumari. 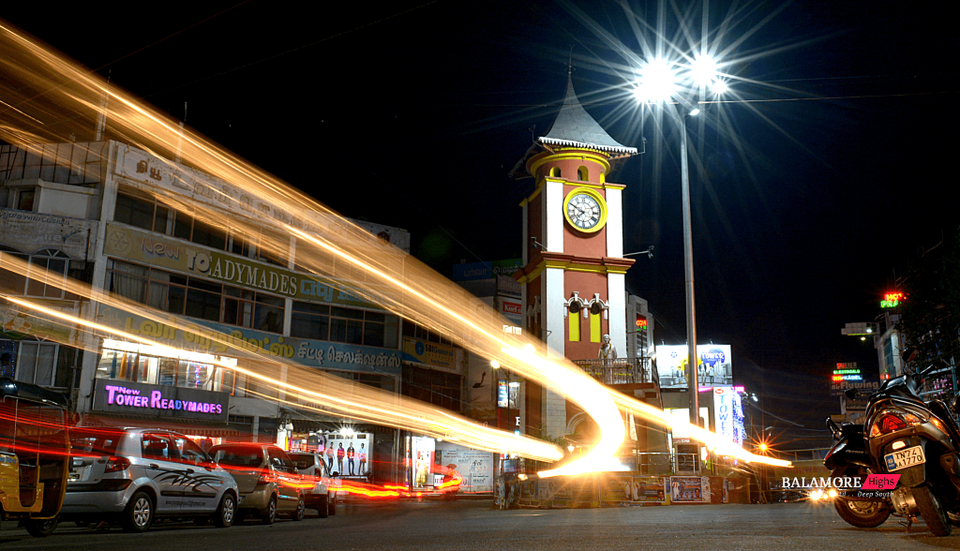 Over time, these physical structures have grown so inseparable from us that they have become the Heritage & Cultural symbols of our modern identity. The Clock Tower is a symbol that has been elemental in the construction of local identities. While the landscape around the Clock Tower has been changing continuously, its connection to the local community and to the Society’s collective identity has only grown over the years. 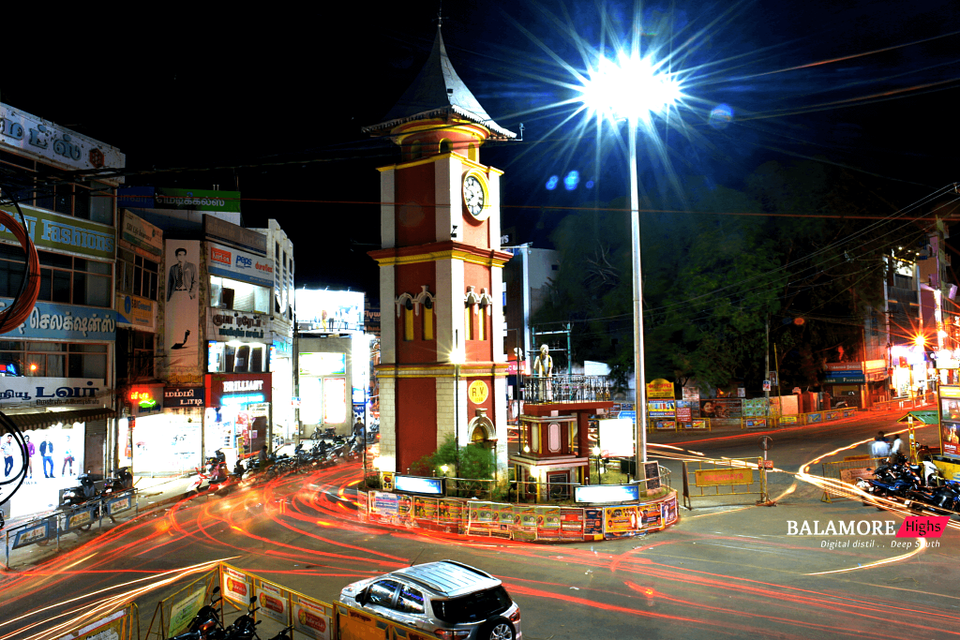 Moving from Kottar to Nagercoil in the 1900s

Nagercoil evolved northward after the Clock Tower came to occupy this sweet spot between LMS Home Church & the age old Nagaraja Temple. Till then, it was known by its old name of Kottar. The first Century voyager who Ptolemy visited Kottar refers to it as Kottiyara and called it a ‘metropolis’ recognising its significance as a centre of multifarious activities. Based on evidences, Villavarayan constructs the idea that Kottar was the capital and the main centre of Venad kingdom. Old Kottar town included most of the areas that now falls into Nagercoil Municipal limits including Vadasery and Vadiveeswaram. Twelve inscriptions of the Naga Raja Temple, nine from the 16th Century and others from the 17th Century clearly locate the Nagaraja Temple in Kottar. 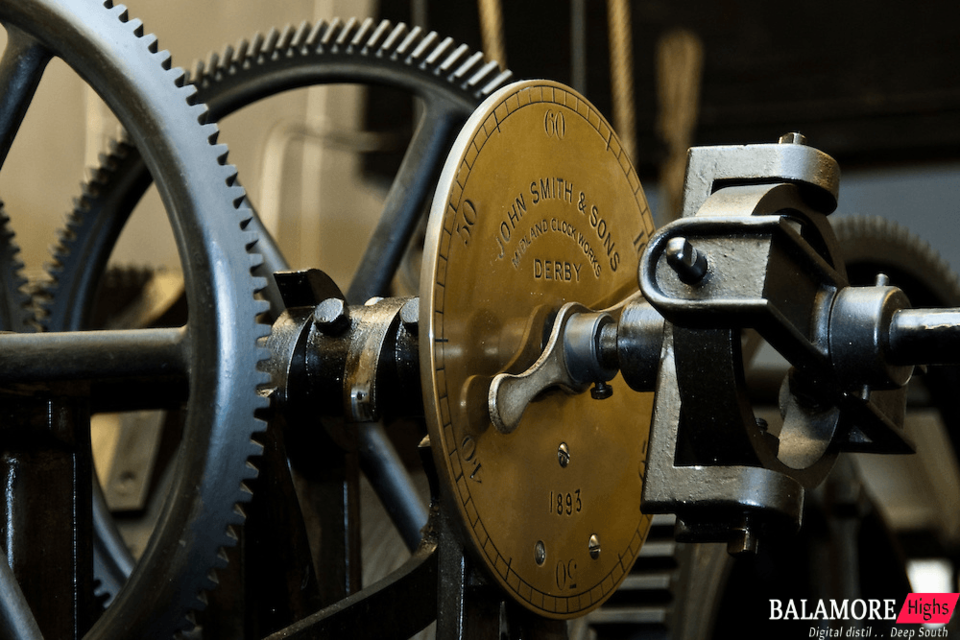 It was in the 1800s that the Town of Nagercoil officially came into being. The new town of Nagercoil might only be 200 years old at the most, only after the Christian Missionaries started using the name till it became official. The first documented evidence of the Town name Nagercoil officially appears in a letter of Mead sent to the London headquarters of the L.M.S in 1818. In 1828 Mary Muller, wife of William L.M.S. missionary died on 21.01.1828 and was buried in the Home Church graveyard (Kalkoil). The inscription on her tomb bears the place name of the town as Nagercoil. 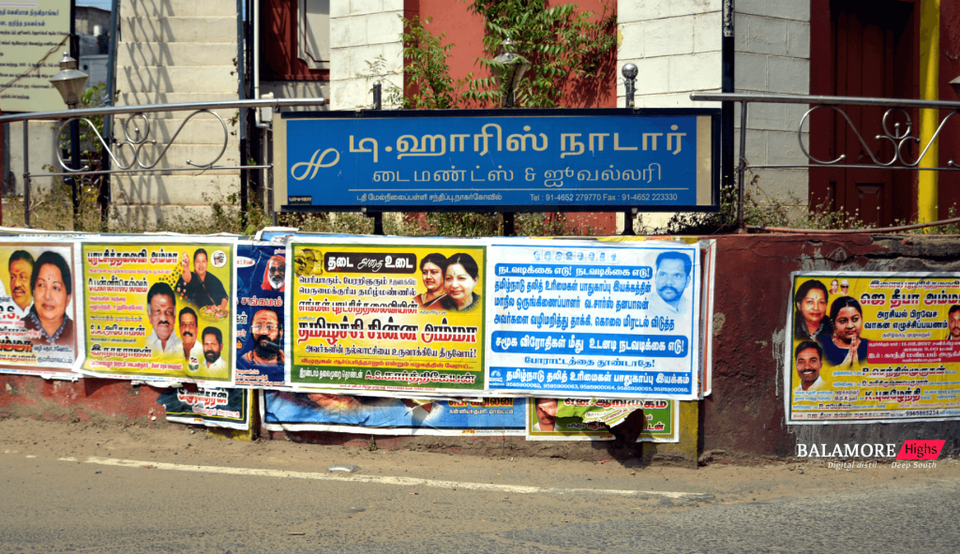 The Travancore Municipal Act of 1891 AD paved way for the later developments to unfold around the Clock Tower which was built 1893 – in an era when the Wrist Watches were still beyond the reach of the common man. It is said the sound of the bell made by Smith & Sons of Derby’s installed in the Nagercoil Clock Tower could be heard 3 km away during its days of glory.

Duthie’s Clock Tower, at that moment in time was an act of love by the prominent locals of the land, in welcoming & honoring the visiting Royal Highness of Travancore, Sri Srimoolam Thirunal and leaving behind a reminder of the day for us to cherish. As reported in the Chronicles of the London Missionary Society “A clock tower, too, adorns the town — the gift of His Highness the Maha- rajah of Travancore, who presented a thousand ru-pees to Mr. Duthie for its purchase. The Maharajah, with his chief officers of state, attended the opening ceremony, and was received at the Mission House by the missionaries. Mr. and Mrs. Duthie have the co-operation and help of two of their daughters, one of whom is married to the Rev. A. L Allan, one of the Society’s missionaries in Nagercoil’ Another daughter recently married Mr. Harold Wills M.A., B.Sc, honorary lay missionary in Trevandrum.” 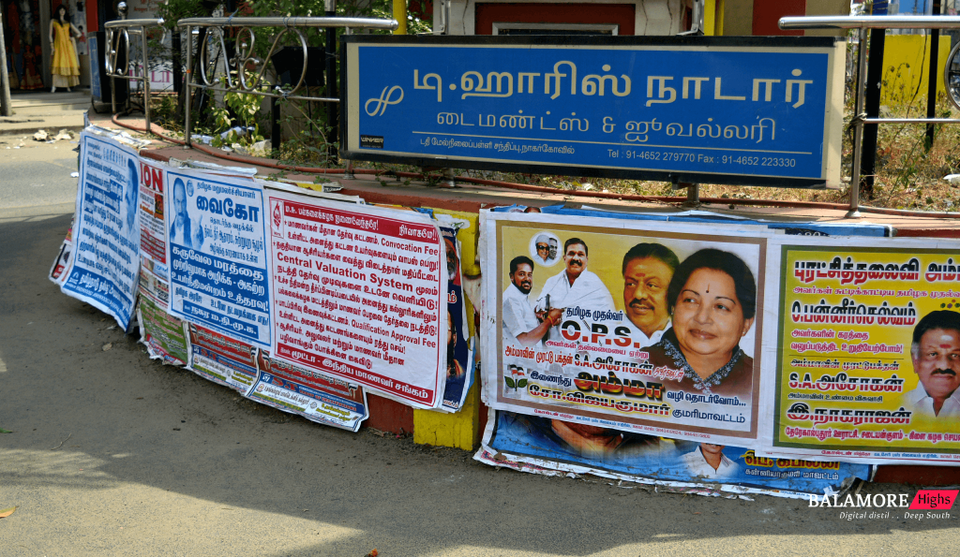 It is reported that a five member committee consisting of Rev. James Duthie, the L.M.S. missionary, Hugewerb and Horsley the European engineers and the state officers Krishna Iyer and Retna Swamy Iyer were delegated to build the Clock Tower for which the foundation stone was laid in 1891. The Tower was inaugurated by the king His Royal Highness Sri Srimoolam Thirunal on February 15, 1893.

The total cost for the construction was Rs.3258, 9 chakkaram and 12 kasu. Hugewerb and Horsley designed the Clock Tower, while the Turret Clock was from Smith & Sons of Derbyshire, which had a 60 ft chain connected to its pendulum & made use of Earth’s gravity to move the tooth wheels.

The cast Iron cage where the Clock movement rests. Pigeons that roost inside the Tower, entering through the small openings shit on the wheels. Pigeon shit is what has been stopping the clockwork frequently at the Nagercoil clock tower till Harris Nadar Jewelers renovated & got the clock running.

After D. Harris Nadar Jewelers took over the maintenance of the Tower roundabout this color scheme has stayed. While Harris’ spends thousands on getting the Tower painted & the clock maintained in running condition (as it is now!), political & evangelical posters around the roundabout has become a reason for incessant spending for cleaning the railing walls.

After 125 years, the Tower has become lonely in a way that only a few of its old neighbors still remain.