Trek to Gudiyam Caves - Back to Stone Age

View of the surrounding hills 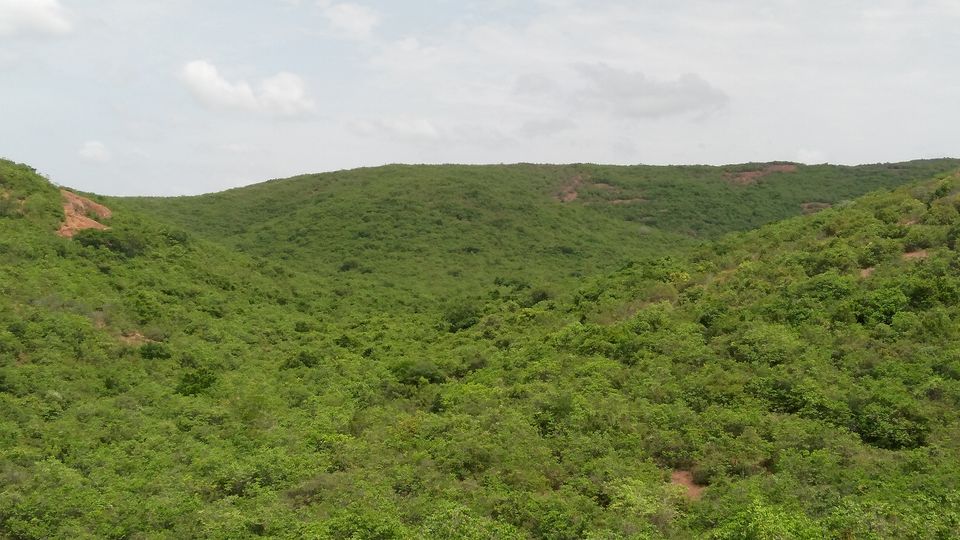 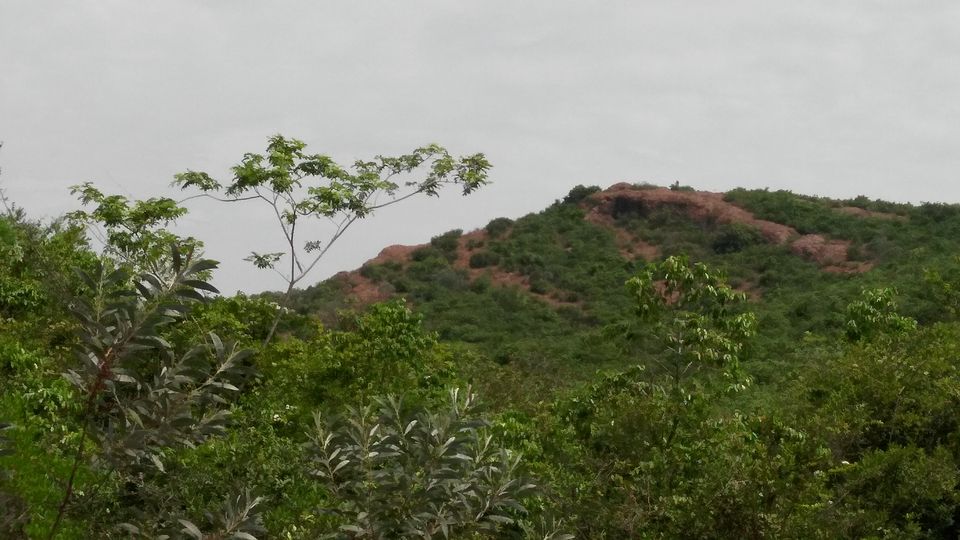 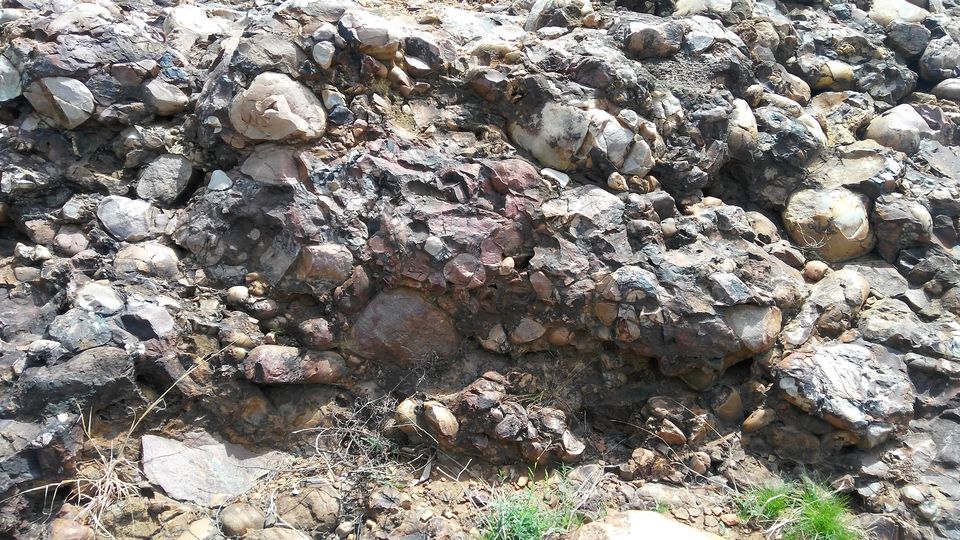 very small cave from the right side in the entranc 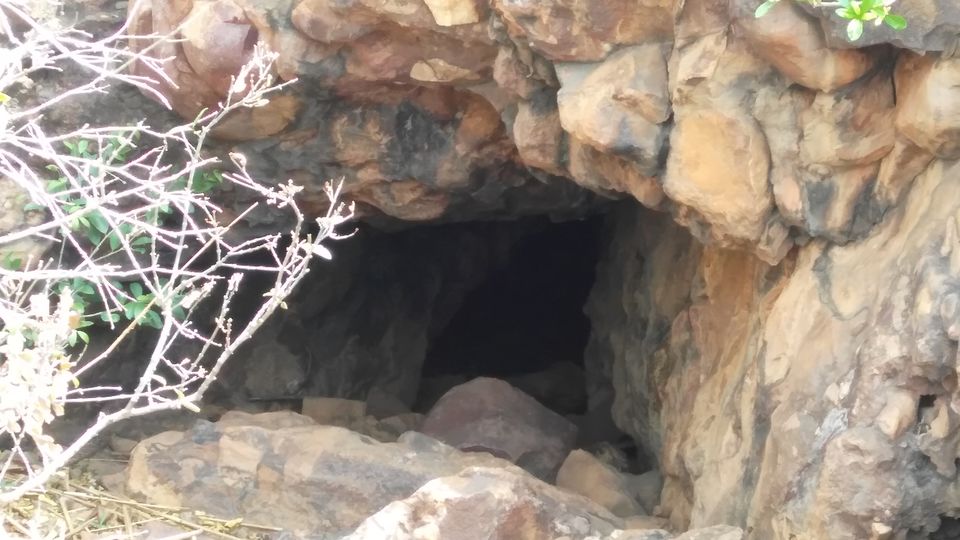 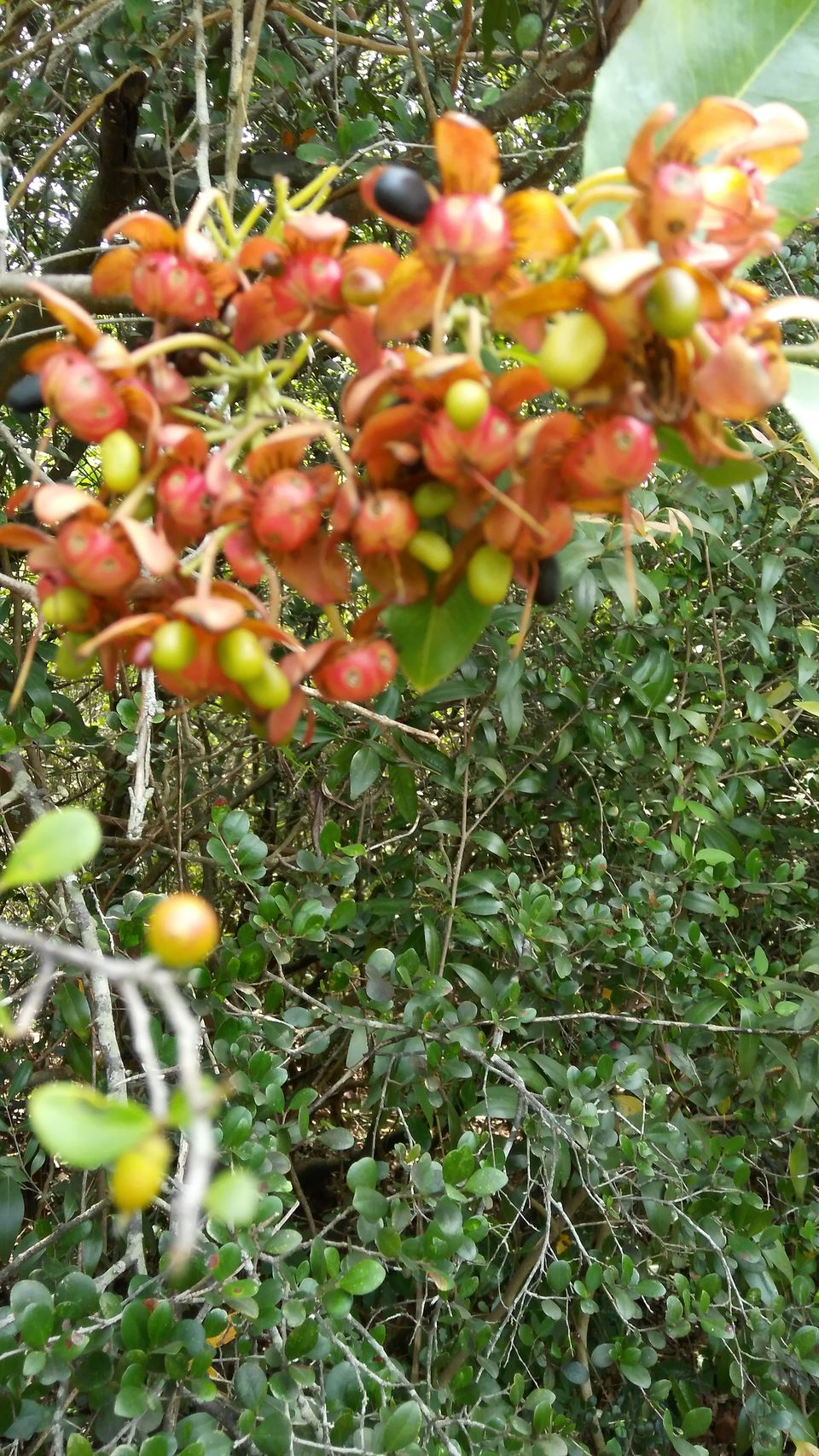 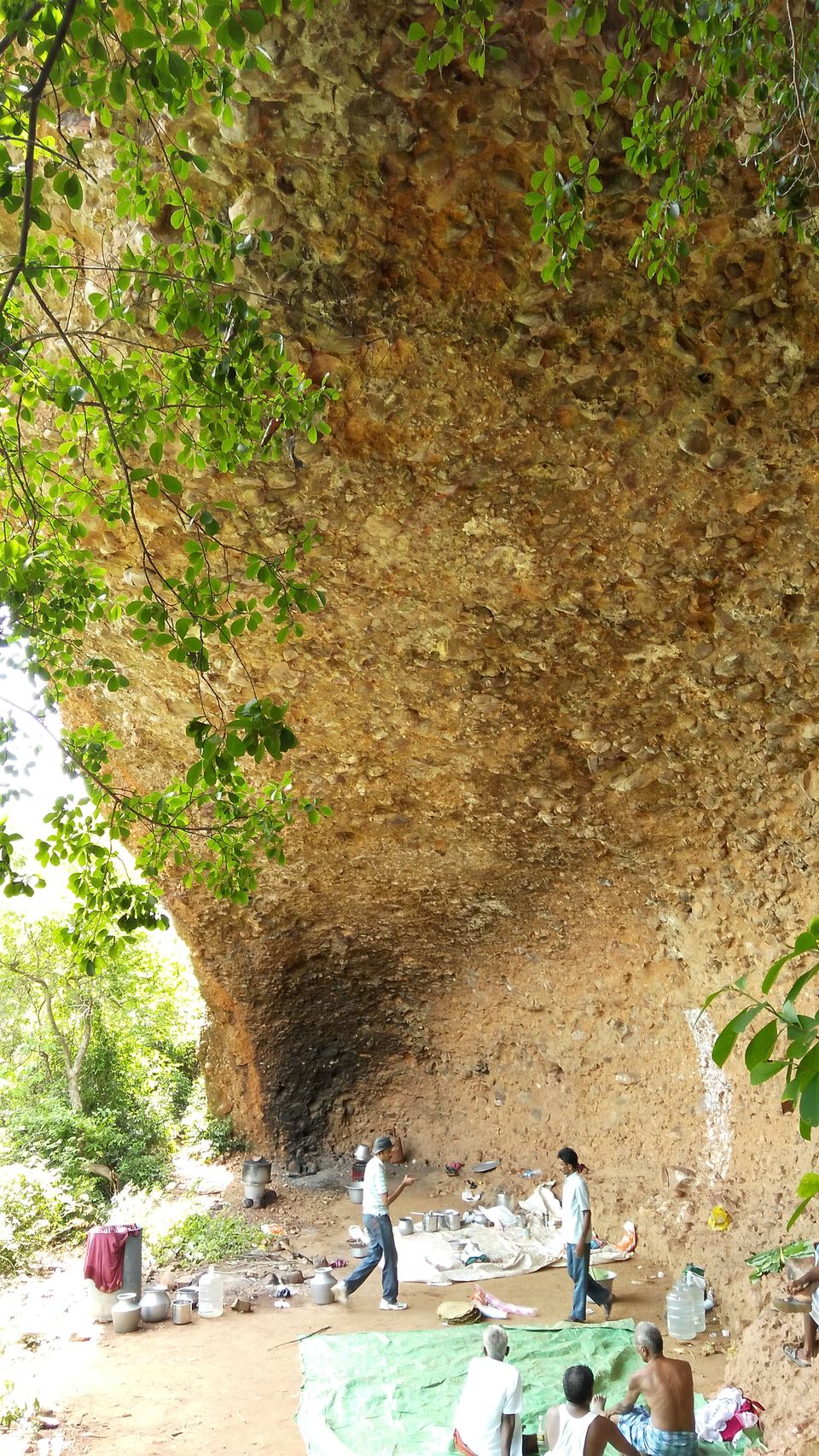 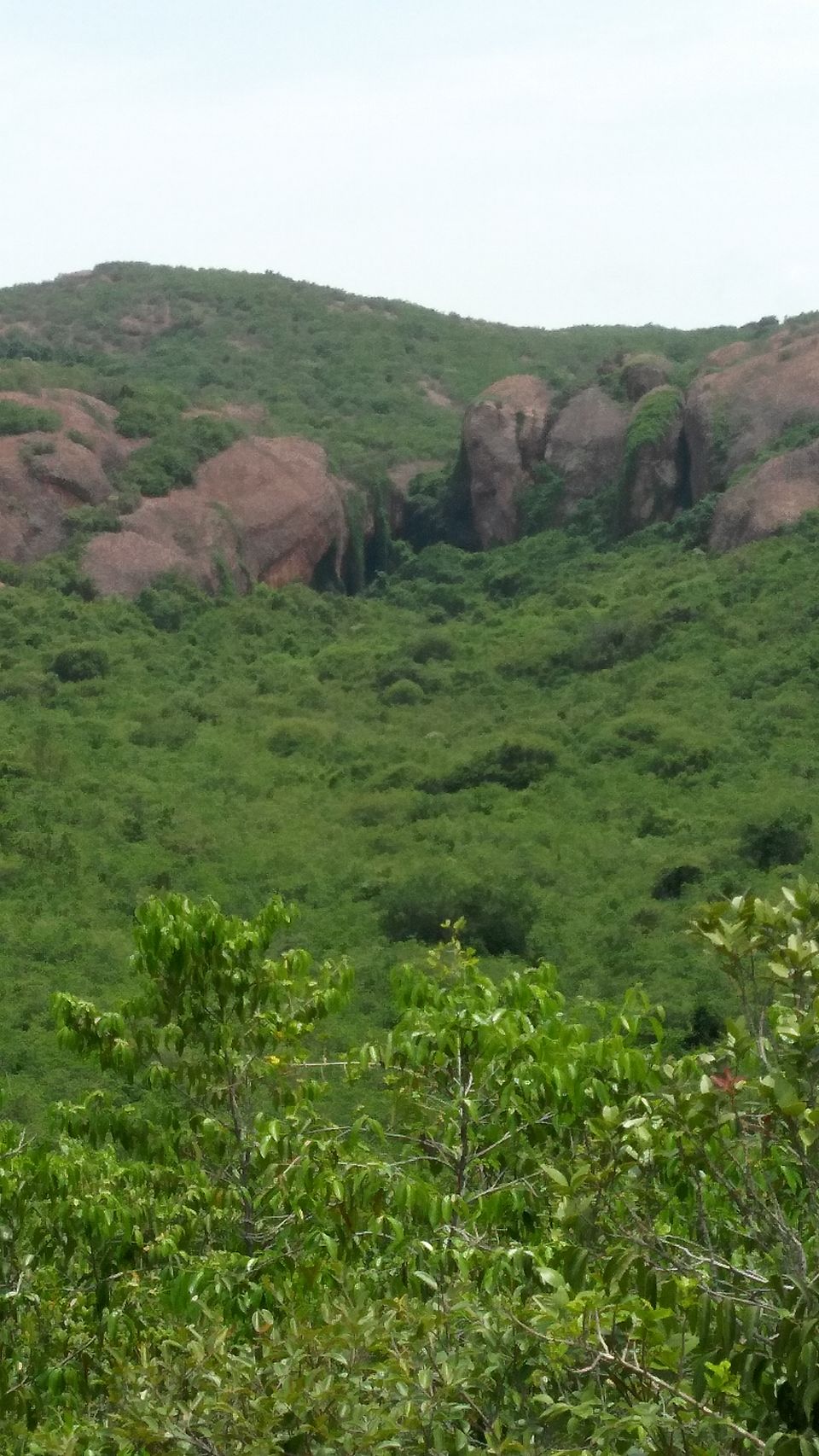 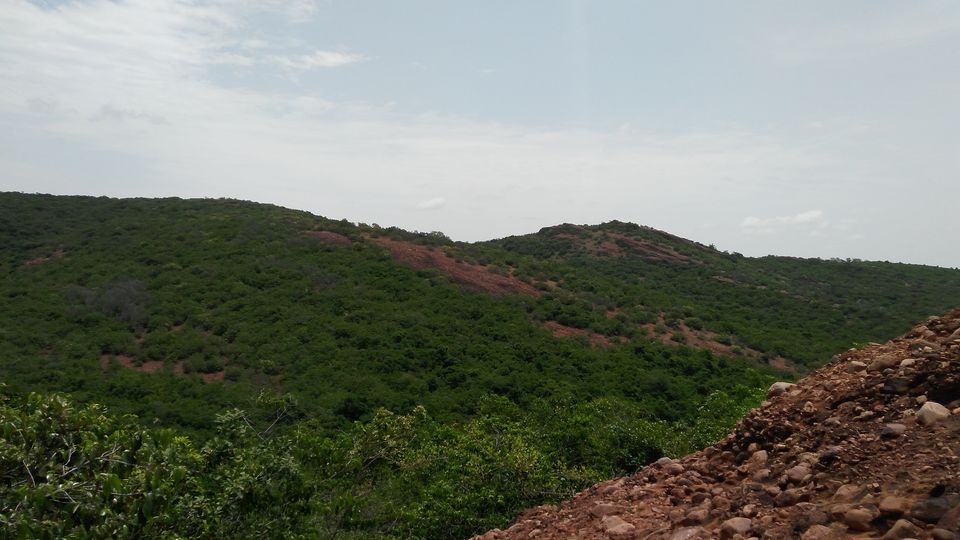 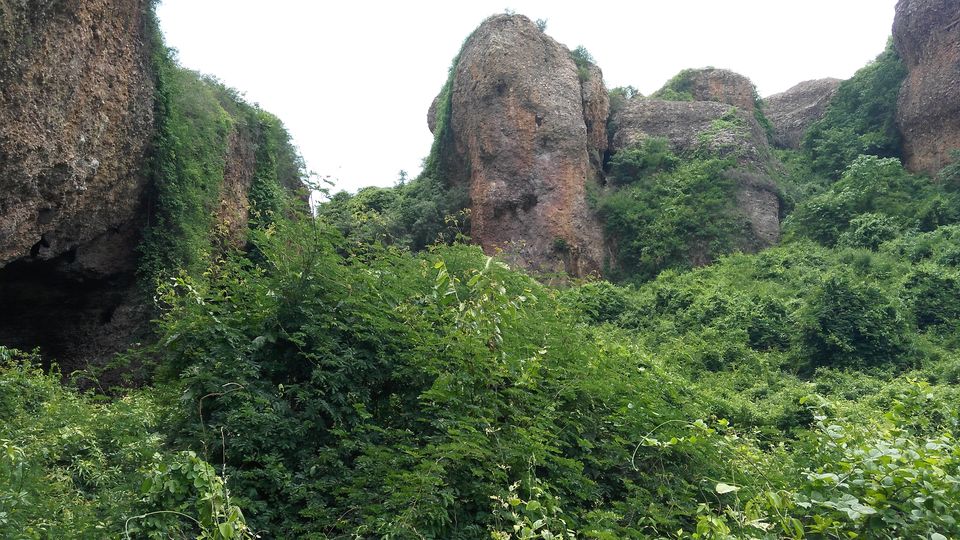 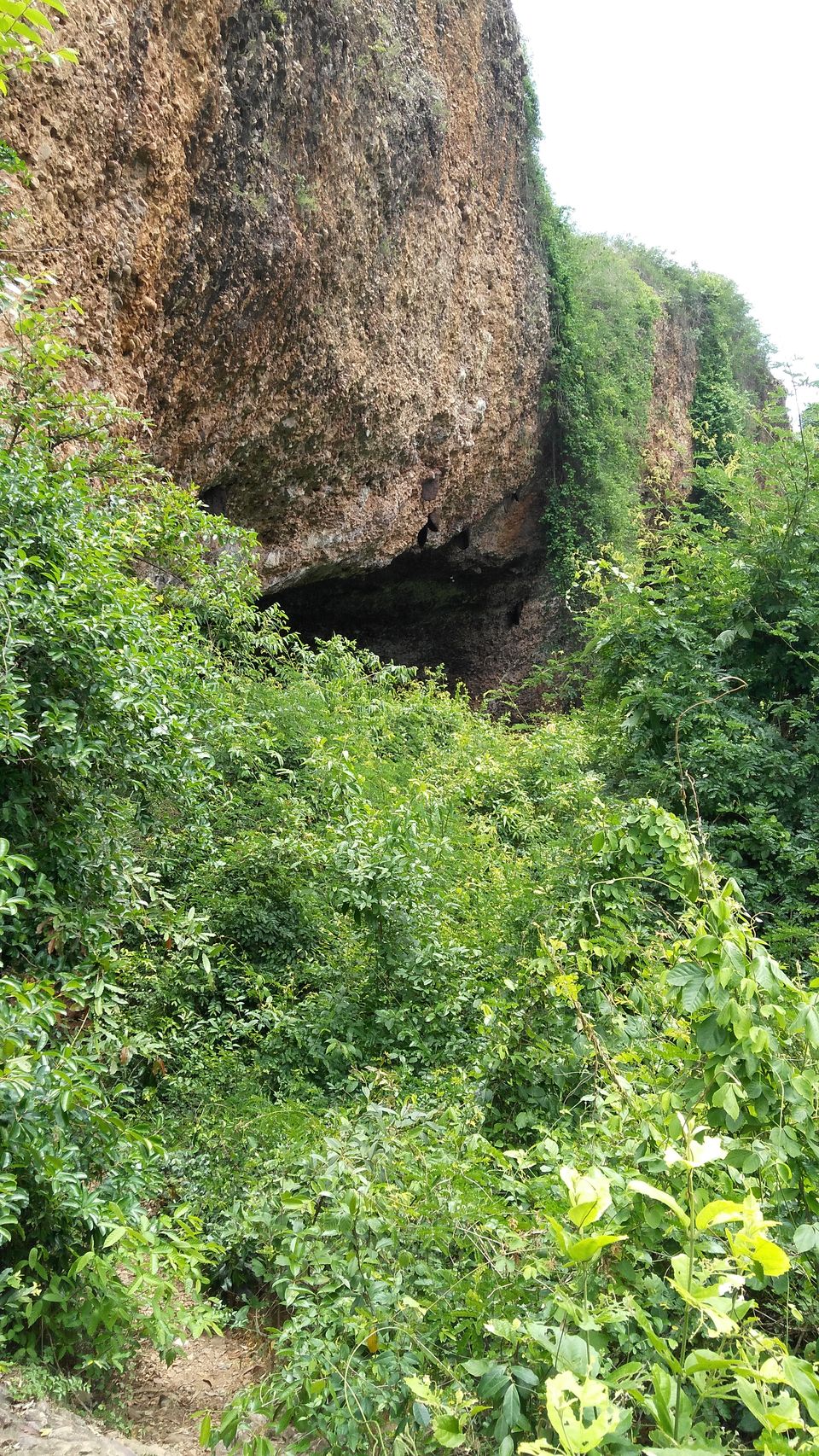 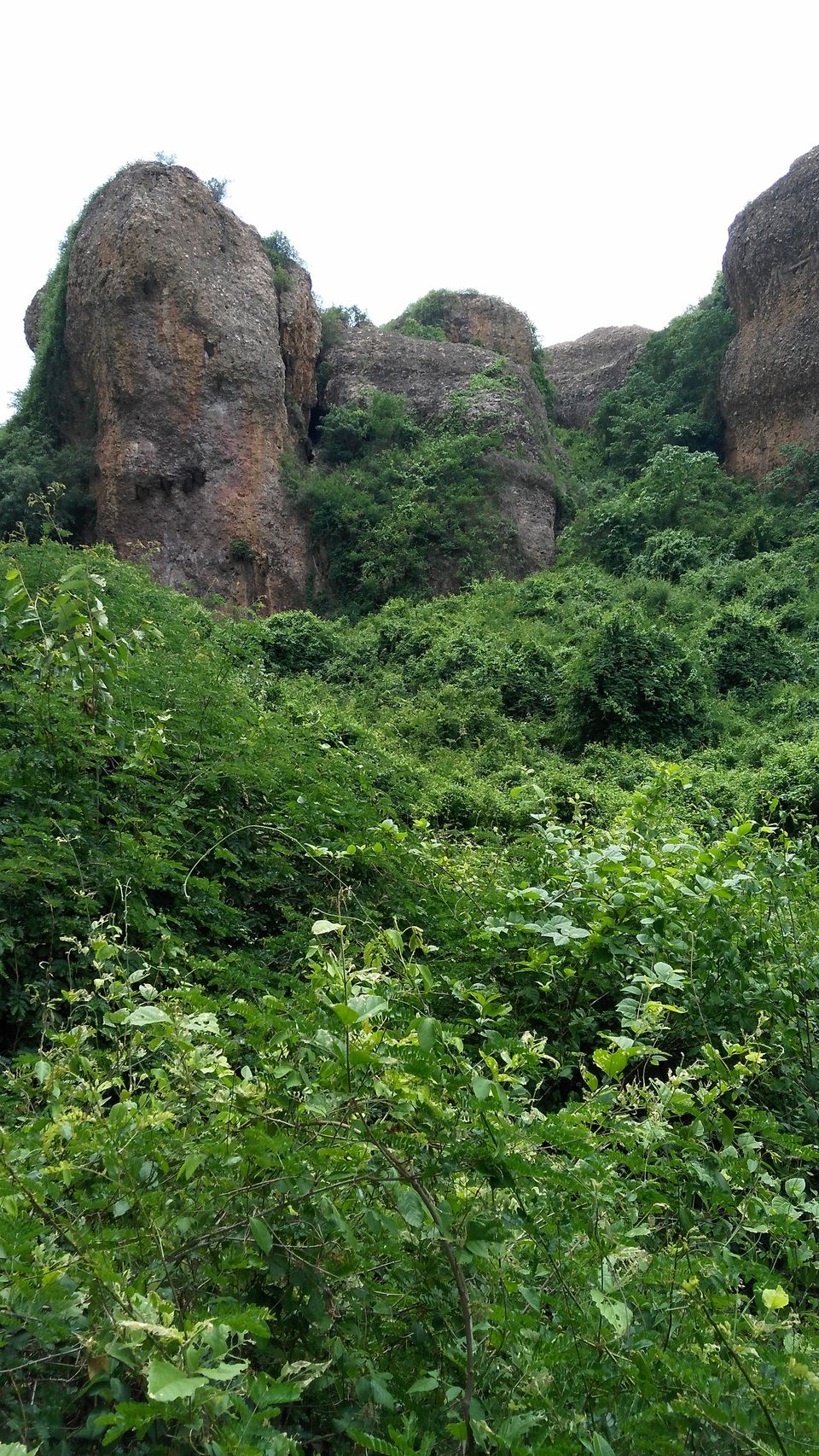 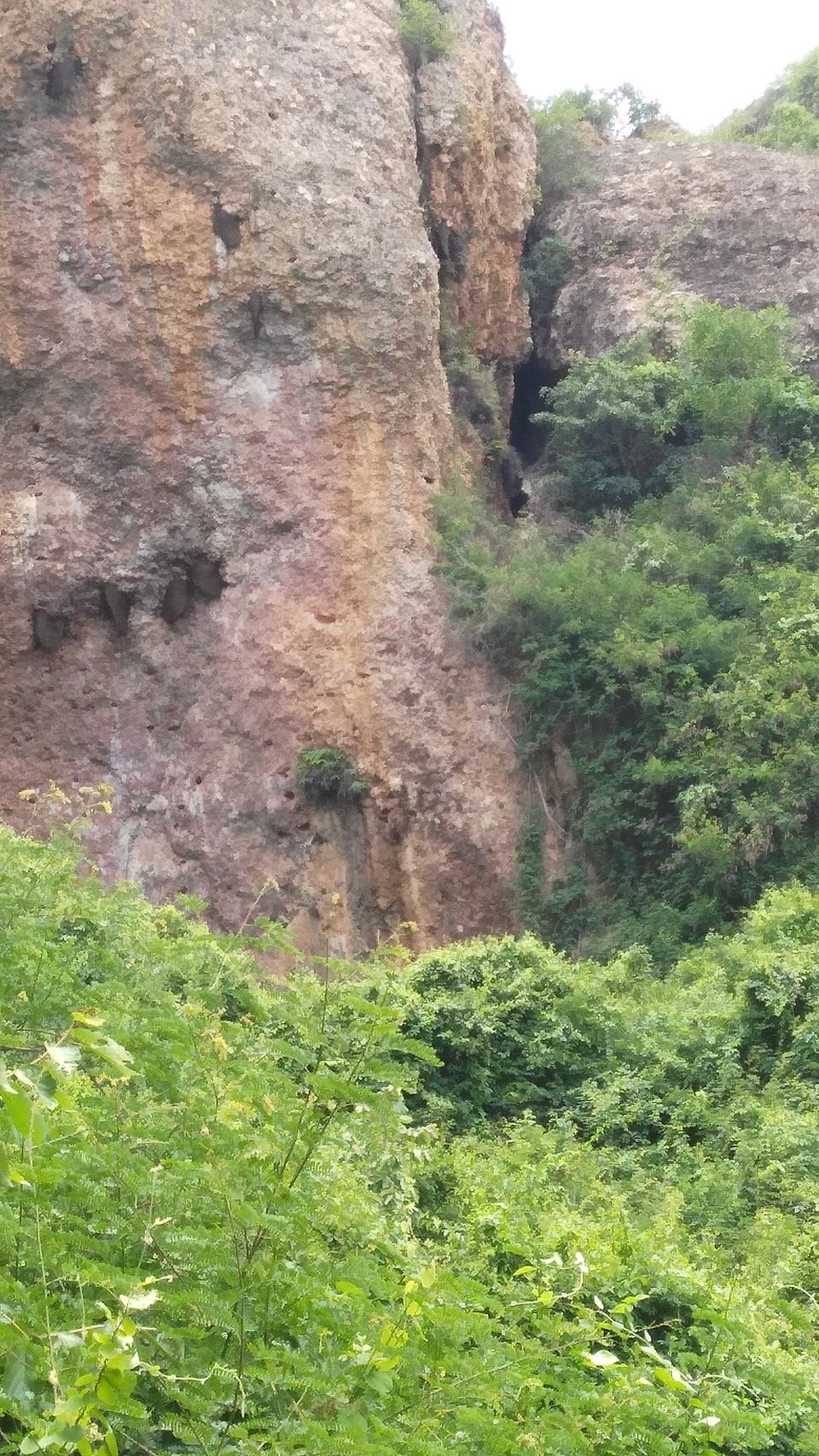 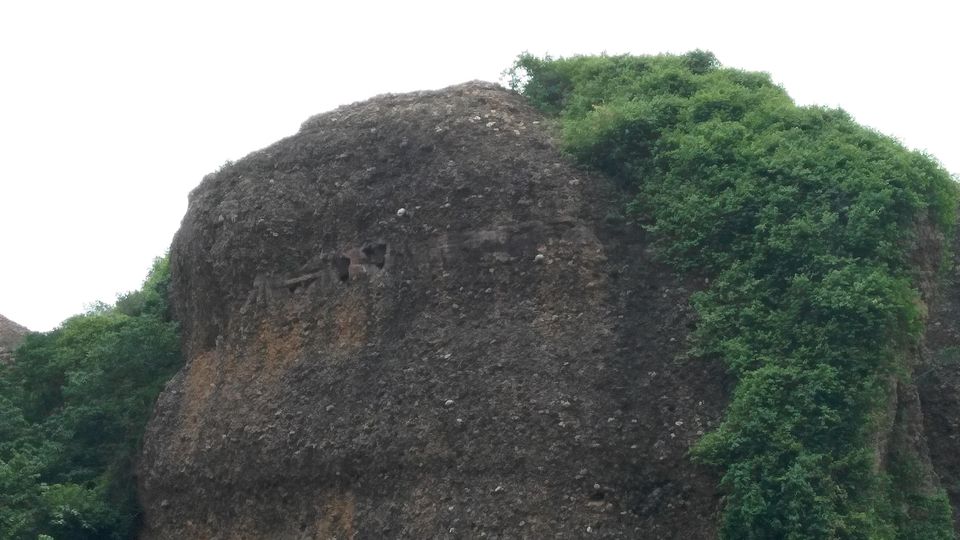 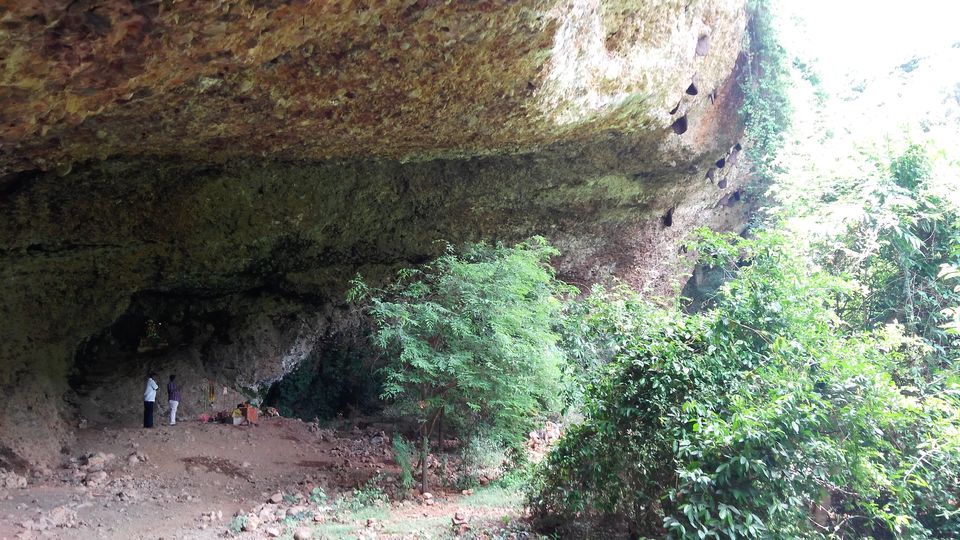 Bee hives in the main cave view from inside the caves 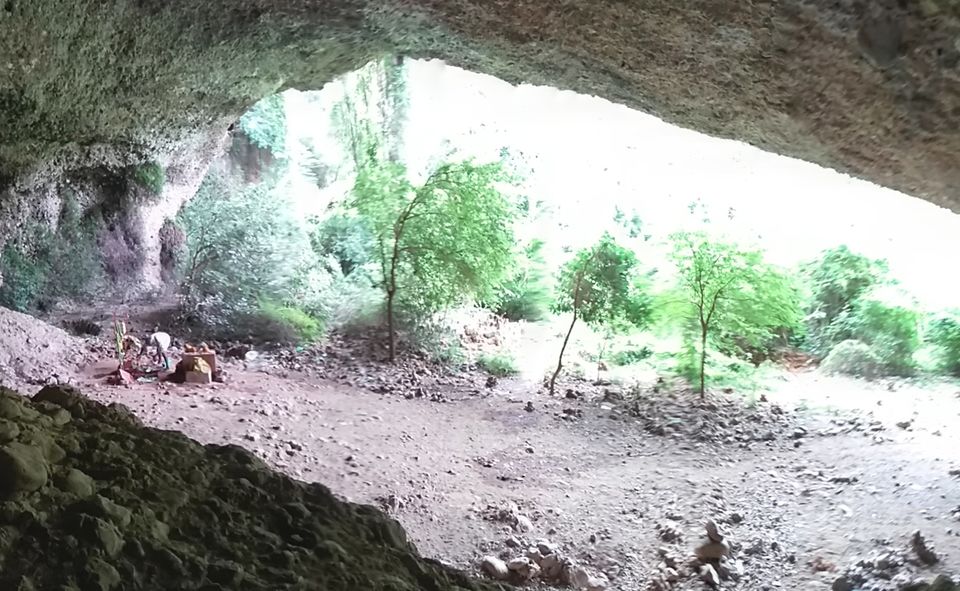 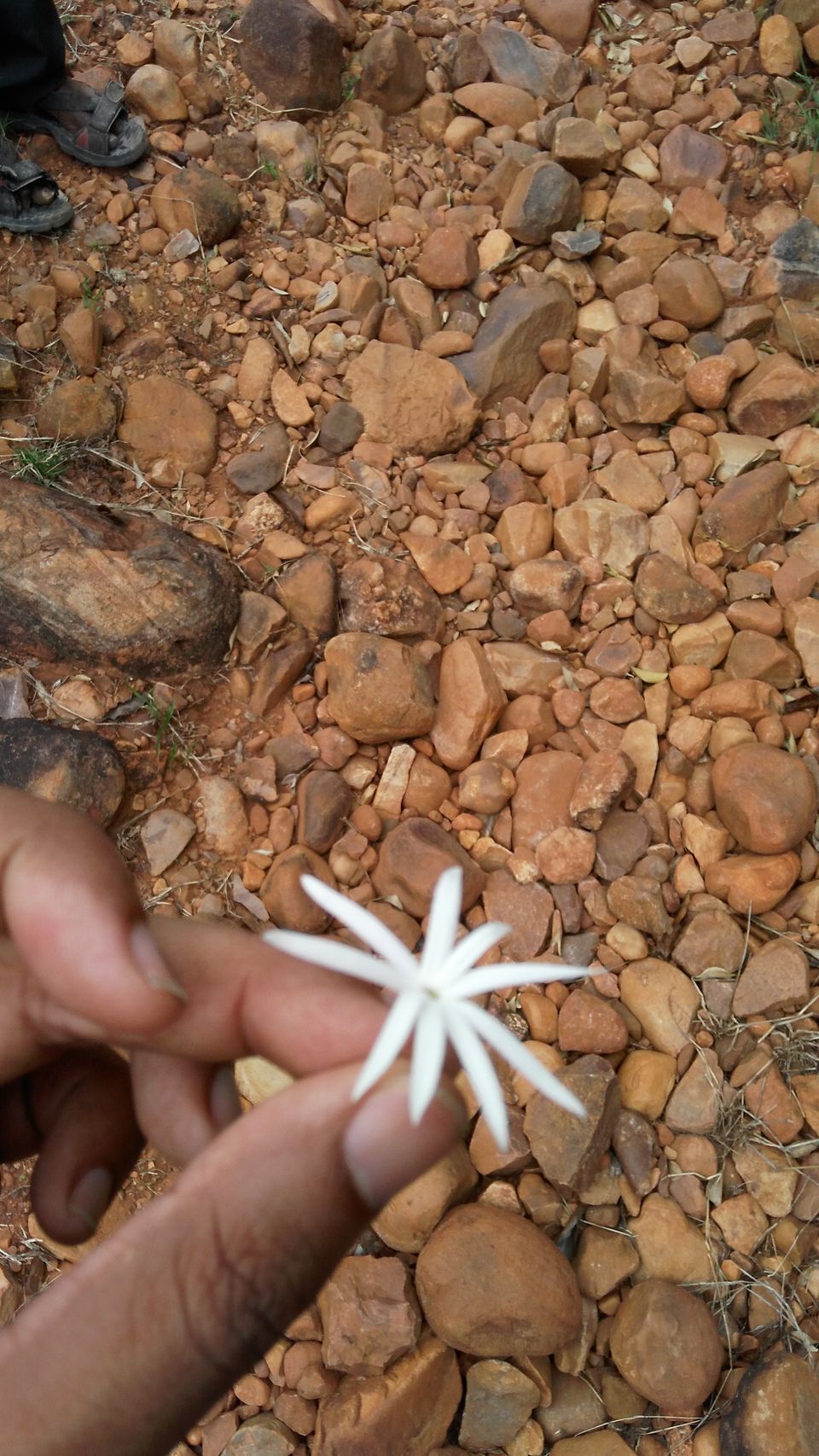 Beautiful flowers in the trekking path 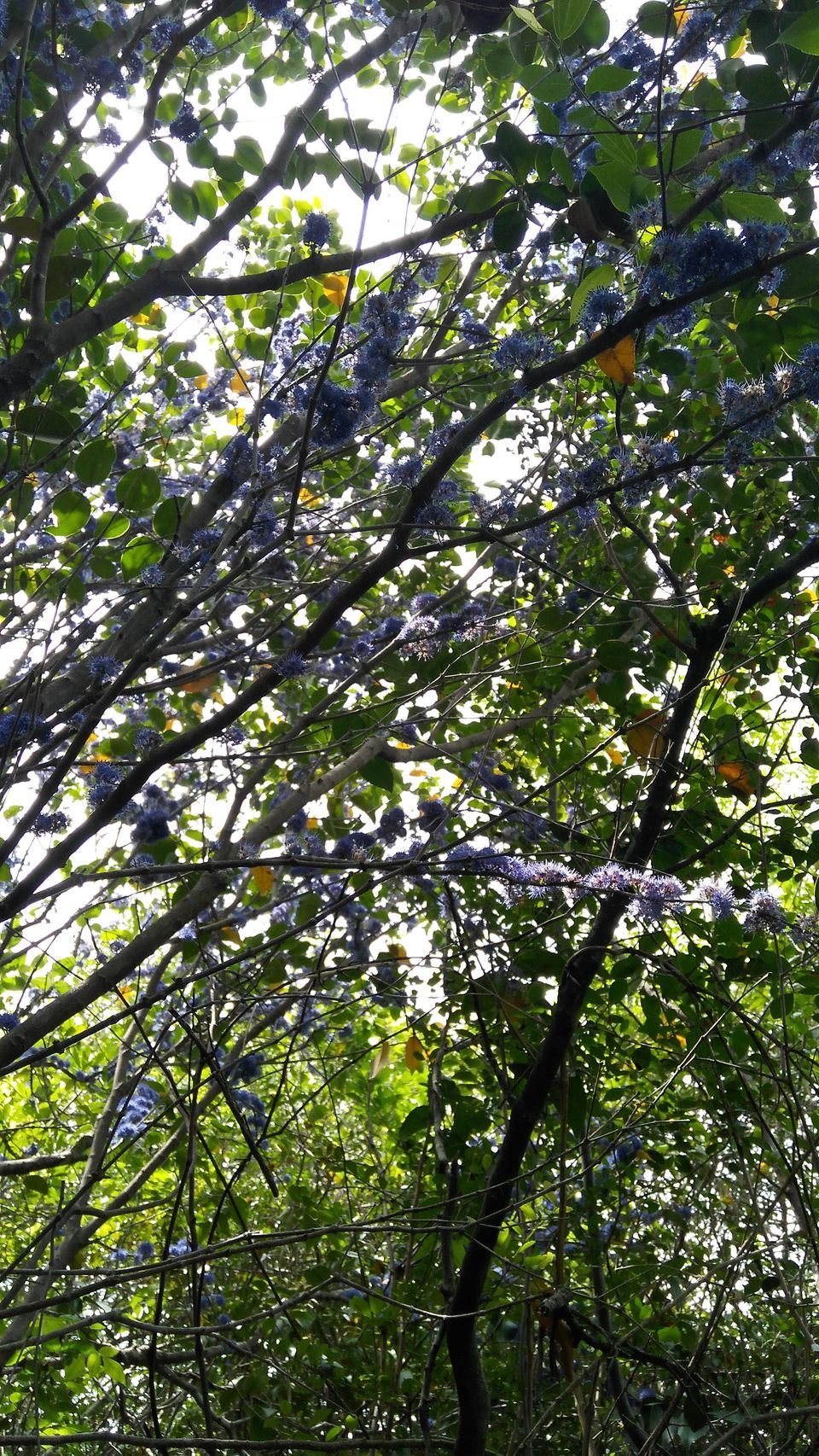 Tamilnadu is not only about Magnificent temples but also home to some of ancient stone age sites. Tiruvallur district in Tamil nadu has some ancient sites the oldest one being the Athirampakkam excavation site and the other one being the Gudiyam caves situated in the Goonipalayam village of tiruvallur. Gudiyam caves is group of caves 75 kms from Chennai and 12 kms from Poondi reservoir.

After some couch surfing the Internet me and my friend started off at 7 pm in my car and reached the Goonipalayam village covering 75 km. The last point where your vehicle can go is the huts at entrance of Gudiyam Village. The roads from the main road are filled with huge pebbles and one has to be careful while riding in the roads. It is better to go in a car first time rather than a bike. We parked the car in front of the huts and proceed to walk beginning at 9.a.m towards the entrance of the cave which is about 3 km from the Village. The paths are filled with huge pebbles and ensure that your shoes have good soles so as to avoid injury to the foot. One has to take a left near a watch tower which leads to the caves. On the way there are lots of fruits which have a sweet taste. The trekking path is full of various birds like Kingfisher, starlings, Kites, Eagles and many other birds. Please try to be silent so as to not disturb the birds. On the way we got an opportunity to see Snakes huge skin. Then proceeding to the entrance of the caves we saw some tractors which gave us idea that few people have already gone to the caves since morning.

Now from the entrance starts the difficult part of the trek, may be little difficult. You have to two options. One to take right side and climb the rocks which leads to a small caves. Here my friends intuition worked great. We saw a little cave which was filled with bats. From that cave you can see the first cave of the Gudiyam caves. Not only that you can see the Tiruvallur town from that place. After taking some pics we then walked back the same path. If you want to avoid this part then you can directly proceed to walk towards the bushes and thorn which leads to the first caves which is called the small caves or Chinna Gugai in Tamil. The small cave is 3 km from the entrance and there are signs on the stones in path which has to identified with your prowling eyes. You have to walk 500 meters on the left side from the path and once you reach the top it is the EUREKA Moment. If you are lucky enough you can see people from nearby villages cooking there. We got the opportunity to see a goat skinned lively.

From the small caves there goes a path up to the rocks which is the best part of the trek. If you can some 500 meters more you can see the 2nd Cave which is the last and largest cave. After having a breathtaking view we proceeded towards the Main cave which is again 4 km from the small caves. The pebbles which have been buried in the sand clearly shows that there was a water source flowing in that area when the caves where formed. We reached the Main cave by 12. pm which is a three hour trek. The main cave is a very big cave and there is Amman Deity which is the deity of people in and around the place. We could see the blood stains of the goat which was slaughtered in front of the deity. If you look up the caves you can see massive beehives all around the place. Please be very careful not to disturb the bees, if not can be very fatal. The rocks in caves seem to be formed millions of years ago and had huge holes through which water percolates and keeps the place chill through out the day

Now comes the very interesting part, a complete stranger Mr. Muthu from nearby village offered to take us to the top of the hill which must be a mind blowing experience. But the superstitious belief of some brainless people stopped us from going to the top of the hill. Since we had to pass the Amman deity wearing shoes, the locals were enraged and asked us to leave the place. We had no other choice but to come back without going to the top of the hill. The person Muthu came along with us towards the return journey. On the way he gave us the insights of many flowers and fruits which grow in that forest and the animals that roam around the area. Fortunately there are only wild pigs and foxes on the other side of the hill. He gave us the opportunity to taste "Kalapazham" which is "Syzygium cumini" in English. The fruits were just delight to taste and we ate as much as we can. I did mention that it is very important shoes with good soles are important . To add to the extreme heat my soles in both shoes had torn and gave a extricating paid whenever I stamped on the pebbles. Proceeding with paining legs we finally reached back the hut where my car was parked. After bidding a goodbye to Mr Muthu we then proceeded in my car and then stopped at magnificent Poondi reservoir

Poondi reservoir is a reservoir constructed across the Kosasthalayar river to store and diver water to various other dams in the state. The entire reservoir was stunning and huge. We couldnt spend more time in this place as our hunger dint allow us to say. We then started from that place and had a sumptuous food in a road side Dhaba and finally reached my house by 5 p.m after a great trek.

There are some Do's and Dont's

1. Never believe google maps. Suppose you follow google maps zoom in that place and search for "Trekkin path to Gudiyam caves"  which can help

2. Contact locals to know to reach the caves. Best ask direction from kids who are simple the best

3. Have at least 3 liters of water for each person which is a must to beat dehydration

4. Wear a good shoes with good soles. Avoid wearing heels are slippers. Have a spar chappals in case your shoes dont help you

6. Dont try to deviate the path and you may end up inside the forest

7. If you are fortunate enough get some locals or persons like Muthu who know very well about the trekking path

8. Do not make noise and disturb the birds and importantly the honey bees

9. Finally dont forget to have a good binoculars to get a sight of few beautiful birds

Ping me anytime about this trek and I would always help you in this mind blowing trek!!