Here are some fun facts about Iceland:

The Geysir geothermal area is well known for its spouting springs, including Strokkur, the most active geyser in Iceland which spouts water into the air every few minutes. The formation of geysers is due to particular hydrogeological condition(located near active volcanic areas) which exist in only a few places on Earth, so they are considered a rare phenomenon. 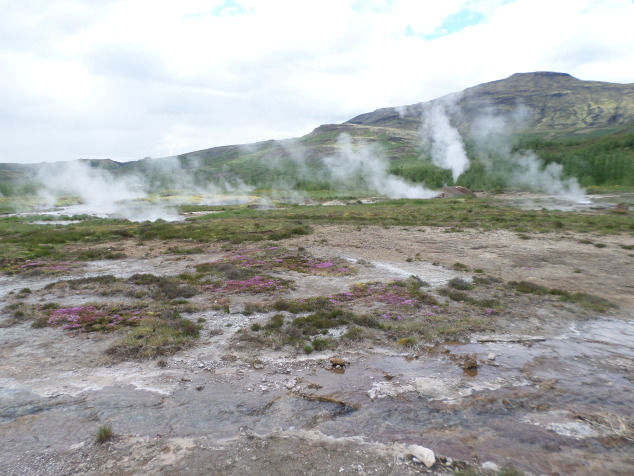 Translated to mean “Golden Falls”. Fed by Langjökull, the second largest glacier in Iceland, Gullfoss is one of Iceland’s most beautiful waterfall. At Gullfoss, you can walk really close to the amazing waterfall and feel the mist of water in your face because the water is just so fast. It was my first time seeing a natural waterfall and I was grasping in awe because it was so majestic. We managed to see rainbow as the light shines through the mist! 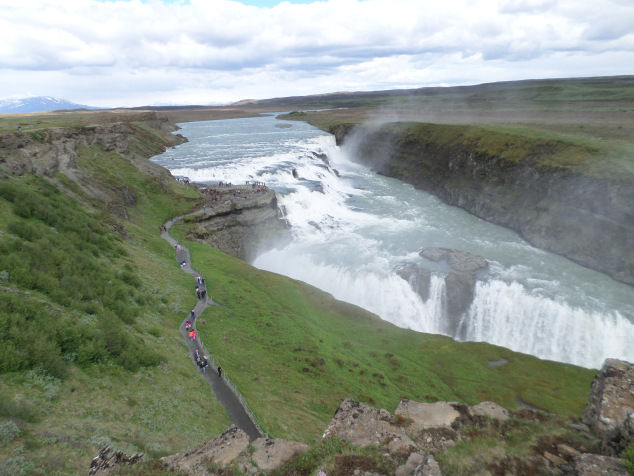 Part of a fissure zone running through Iceland that is situated on the tectonic plate boundaries of the Mid-Atlantic Ridge(Earth science knowledge) and is classified under UNESCO world heritage site due to the tectonic and volcanic environment as rift valley. From here, you can see/dive in the continent drift between the American and Eurasian plate in terms of faults and fissures which is damn cool! I feel like I have applied my Earth science knowledge well in Iceland. Thingvellir National Park also house the largest lake in Iceland! 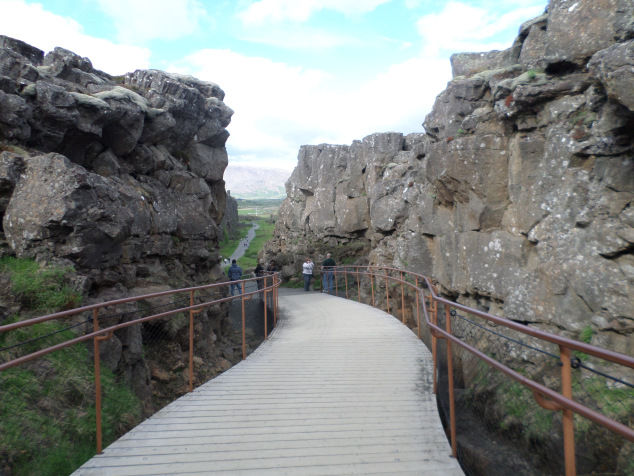 Town is called Stykkishólmur and from the lighthouse on the hill, you will be able to overlook the whole town in a bird eye view! Not only that, you could also overlook the fjords and glaciers along Breiðafjörður, AND THE FLOWERS ARE BLOOMING! *insert heart shaped eyes* The entire journey(13hours) was so scenic! Totally understand why it is called Iceland in Miniature. 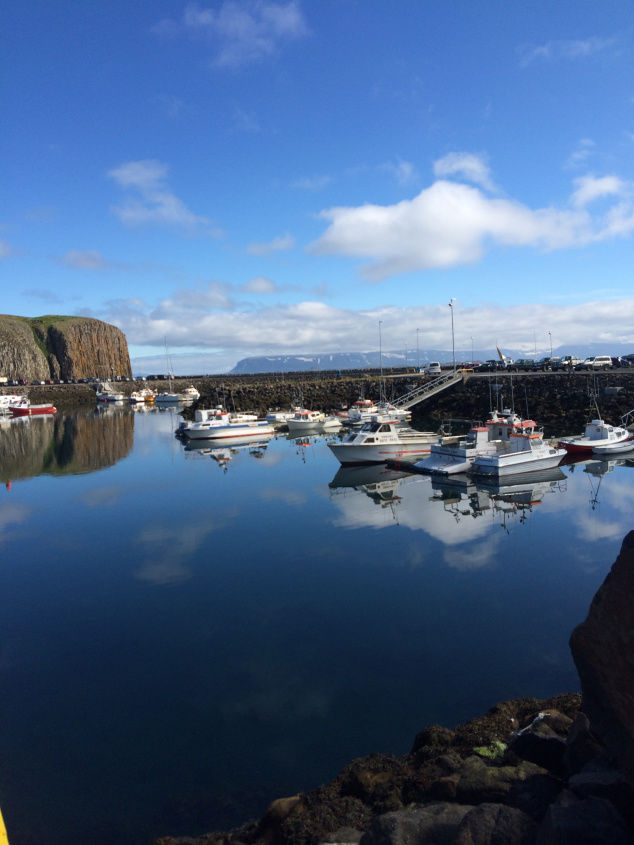 We also saw Kirkjufell mountain, one of the most beautiful mountains in Iceland because of its unique shape! 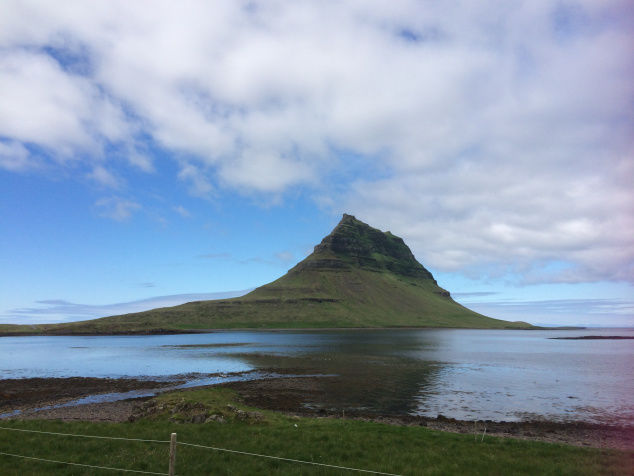 We visited Djupalonssandur which is a beautiful pebbled beach. It is often called the Black Beach due to its basaltic black sand. It is also one of the few areas that lead down to the sea along this coast with its high dramatic cliffs. The rests of a shipwreck can be seen on the beach. 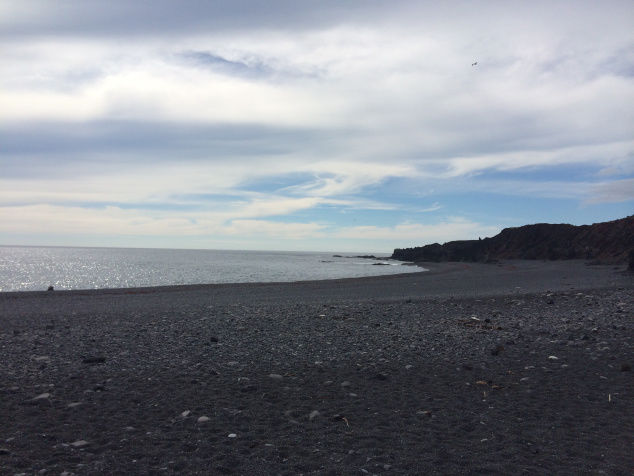 We visited Hellnar, largest fishing villages beneath the Snaefellsjokull ice cap. One of Iceland’s most peculiar caves, Badstofa, is located there. It is known for its special light exposure and colourful interior. A cold water spring is to be found at the lava’s edge. 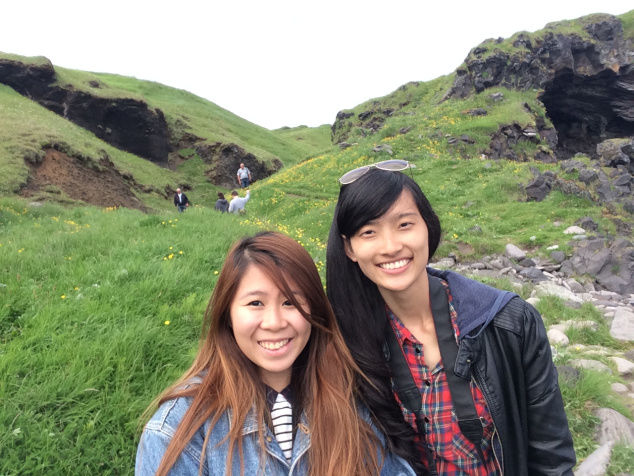 We went to Arnarstapi too, important trading post in the past. A walk along the coastline is recommended to watch the birds and the magnificent lava formations. The seaside and the cliffs between Arnastapi and Hellnar have been made a Natural Reserve in 1979. Spot Gatklettur Arch Rock which is a cliff with a circular arch. 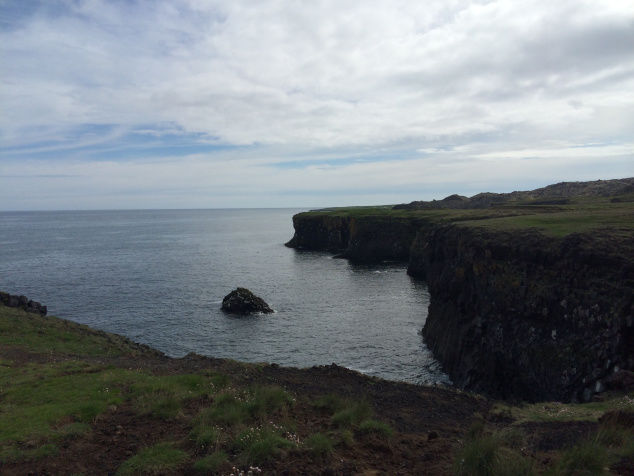 Downtown Reykjavik – Even the city center of Reykjavik is well-endowed with mother nature. It is surrounded by the Atlantic Ocean with waterfront paths stretching around the entire peninsular. There are many beautiful places to stop and admire the scenery on these coastal paths, which are very popular among joggers and cyclists. It is also home to the striking Sun Voyager – the symbol of Reykjavik, a massive steel sculpture by Jon Gunnar Arnason which may resemble a Viking ship, but is in fact a dream boat and ode to the sun. From here, we can spot the view of Mount Esja standing tall and mighty. Do walk over the Old Harbour. Apart from it being a beautiful place to walk with stunning views across the bay to Mount Esja, the Old Harbour area is where the majority of marine activities, such as whale watching and puffin tours are concentrated; it’s also home to the excellent Viking Maritime Museum. Visit Hallgrímskirkja church, Reykjavík’s main landmark and its tower can be seen from almost everywhere in the city. So if you are lost in the city, spot for the its tower. Remember to chill along Tjörnin pond. Tjörnin, which is surrounded by the impressive Reykjavík City Hall and numerous beautifully coloured old houses, is a natural pond and home to countless ducks, swans and geese that even stay for the entire winter season thanks to a little geothermal heating. 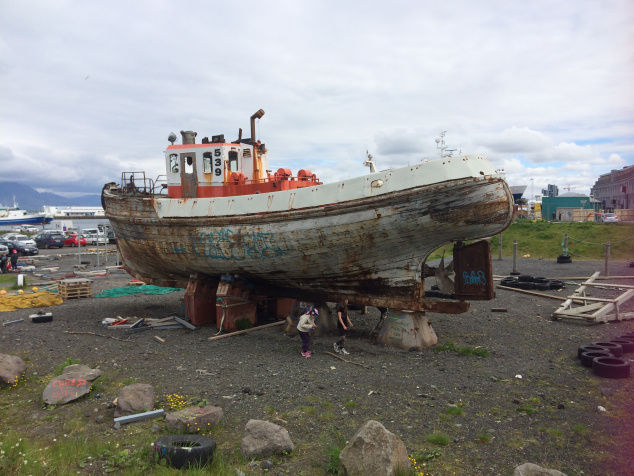