Closure of Maya Bay Beach: A Scream For Sustainable Tourism! 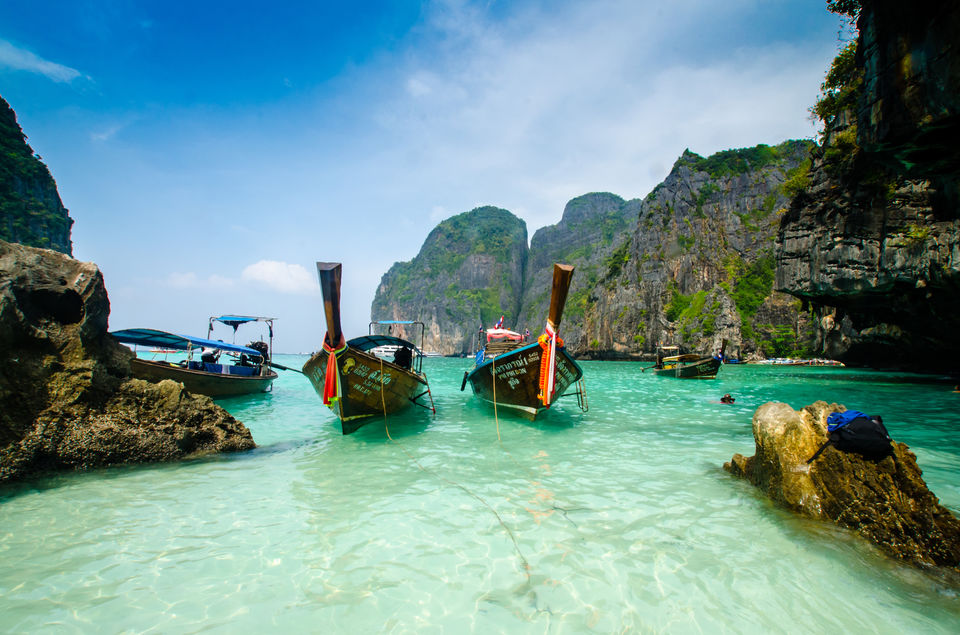 If you were planning to visit one of the world’s most famous beaches, the Maya Bay, this summer then you will have to drop the idea as the beach will be closed to tourists from June 2018. While the closure is only for a short while, the decision definitely is a matter of great concern for all tourists.

Sheltered by 100-metre high cliffs on three sides, Maya Bay is a stunningly beautiful bay in Thailand. Inside the bay there are several small beaches. Of them all, the main beach is around 200 meters long and flaunts silky soft white sand as well as underwater colourful coral and exotic fish in exceptionally clear water. Maya Bay came into limelight in the year 1999 and since then it has enjoyed the status of being main tourist attraction of Phi Phi.

Maya Bay Beach was an important location in Danny Boyle’s film ‘The Beach’ featuring Leonardo Di Caprio, which was filmed there in 2000. The film was based on Alex Garland’s bestselling novel that tells the story of a backpacker on a quest to find the perfect, untouched beach. The film earned international accolades and popularity for this beach. While the Maya Bay was always popular among locals, it became an important destination on most travellers' bucket list ever since the film hit theaters.

The Maya Bay beach receives an average of 5,000 tourists per day who arrive here by boats from Phuket or Phi Phi Island. The number of tourists hitting this serene beach has been continuously increasing as tourists flock to this picturesque beach for a glimpse of this gem of an island.

The unspoiled beauty of Maya Bay, it’s surrounding marine life, and its long-term sustainability are threatened by the increasing number of visitors. Certainly, the burden of being the most visited beach has taken a toll on its sustainability. Almost 80% of all coral life has been destroyed around Maya Bay beach due to pollution and construction.

Considering the deteriorating condition of the beach and coral life, the tourism department of Thailand decided to keep Maya Bay beach closed for restoration. This comes as a much-needed bold move to conserve marine life near Phi Phi Island.

However, the good news is that the beach is being closed only for three months and that too during low season. From June 2018 to September 2018 tourist will not be allowed on this serene beach. The decision is an attempt to reverse decades of damage done to the region’s marine environment.

Closing it down for three months is expected to give some breathing space to the marine life that has been fighting for co-existence in this rapidly commercializing environment.

The decision reminds tourists of a similar measure introduced on other Thai islands in 2016 when local authorities closed Koh Tachai. However, it is the first time tourists will be restricted on Maya Bay.

A wake up call?

The closure of Maya Bay Beach due to over-tourism and pollution should definitely be taken as a wake up call for all the tourists. While we boast about the beauty of famous beaches, hills, mountains and wildlife sanctuaries, how often are we concerned about coral life, wildlife and the sustainability of these spots? Don't you think it's high time we realize our responsibilities as tourists? If it is our right to visit the world and admire the beauty of nature, it is a duty to protect and preserve these gifts of god.

After the decision taken by the tourism department of Thailand, do you think governments around the world should also take similar steps to encourage responsible and sustainable tourism? Share your ideas and inspire millions of Tripoto travellers to protect the natural treasures.