Toronto: So much to see

Alive with vibrant colors, clear skies, and a bustling crowd, Toronto is at its best during the summer time! Ontario’s busiest and most exciting city, in my opinion, Toronto has plenty in store for all. I lived there for only about a year, but still recollect many great memories…

Downtown TO is the business hub of the city, silver skyscrapers looming over the streets. People in suits, busy chatting away on their cell phones, just keep moving fast, keeping up with the quick pace of the city. But if you have some time to breathe, there are some unique attractions to check out. Toronto’s largest standing tower, the CN Tower is a must for anybody! With a breathless view of the entire city, the CN Tower shoots up to over 1,000 feet, making it the world’s tallest free-standing structure. What will really pop your heart in your mouth is walking across the glass floor, giving a clear view of the cars and fast moving traffic, quite a way down, right under your feet. You can also catch a glimpse of the giant globe of the Rogers Center, the stadium, home to Toronto’s ‘Blue Jays,’ and the ‘Argonauts.’

Strolling through downtown TO, there is never a dull moment. Yonge Street is filled with all kinds of action, earlier known to be the longest street in the world, and consists of the main attractions in downtown TO. The Dundas Square is the prime destination for all ‘Torontians’ to catch some fun. Emulating the Times Square of NYC, Dundas Square is essentially a pentagon surrounded by stores, restaurants, pubs, and the shopping hub: the Eaton Center. During Christmas time, the Square is lit up with dazzling lights, and a Christmas tree made out of glowing ornaments adorns the square. There’s a multitude of activities buzzing around. But when you come at the right time, there are always performances to entertain the crowd, from Bollywood dance numbers, live concerts, food fests, free giveaways, and so much more!

The Harbourfront, as it’s known in Toornto, is a beautiful place to stroll through on a pleasant summer day. A cool summer breeze ripples through the waters, as the seagulls soar past you. Many Torontians bring their kids, their families, or come here alone to get some thinking time in. We took our relatives up on the ferry cruise, which gives a spectacular view of the Toronto skyline.  It is especially dazzling at night of course!

You cannot miss the St. Lawrence Market when visiting Toronto! Aside from Kensington Market, this is one of the best farmer’s markets in the city. Abundant with assorted goods, from cheeses, meats, fruits, dairies, and a special wine tasting lounge below, this market does not disappoint. It is slightly on the higher end when it comes to price, but the free samples and cheap snacks do make up for it. You can roam in here for hours, or just stroll through the streets and check out this older side of Toronto. One of the most unique buildings is the Flatiron building, known for its peculiar wedge shaped architecture.

If you’re Indian, or are in touch with desi culture, Gerrard Street is the place to be, otherwise known as ‘Little India.’ A bit further out of the main city of Toronto, this street has all things Indian, from restaurants, clothing boutiques, mehendi shops, Bollywood rental shops… you name it! The streets come alive with festivities during the Indian Independence Day, as the locals, Indo-Canadians, and Indians flock together on Gerrard Street. A few other festivities which Torontians are enthusiastic about is the Gay Parade, and an annual carnival called the CNE, better known as The Ex. Summer time is abundant with activity in Toronto!

Though the summers are beautiful in TO, it is best to avoid visiting during the winter-time, as Toronto gets bitterly cold. Getting around the city is extremely convenient with buses, taxis, and of course the efficient subway system. It is best to plan your stops accordingly with the help of maps. The city is extremely spread out, so many tourists also take up the option of double decker tour buses, which provide a fun and interactive way to learn about the city.

The Niagara Falls, one of the prime landmarks of Canada, is only a couple hours from Toronto. Driving to it, you can also pass by the cute town of Niagara on the Lake, with a few wineries to check out along the way. The Falls is a spectacular sight to see, especially from the Canadian side. The Falls open into a grand ‘Queen’s Necklace,’ as the gushing waters pour down in its mightiest force. There is also a small town near the falls, decked up as a replica of Vegas, for your entertainment.

A popular tourist attraction in downtown TO, great to learn the history of hockey, Canada's national sport. Check out signed hockey sticks and glass panels of famous hockey players. The hockey cup, known as the Stanley cup, also is part of the attraction. 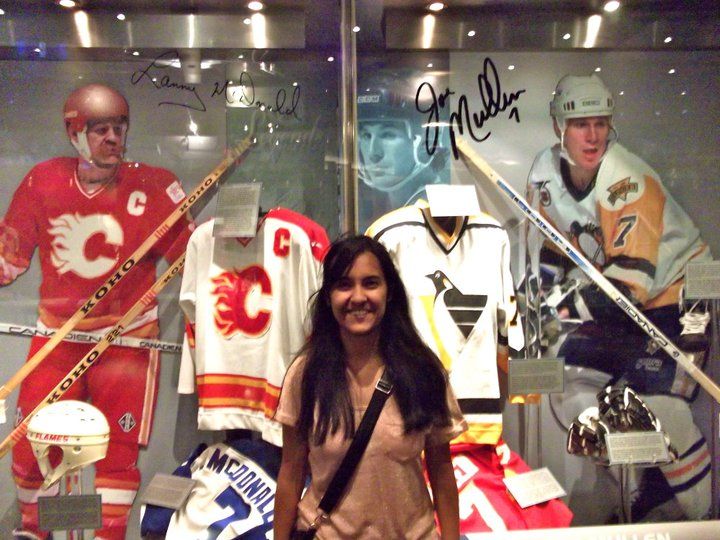 An awesome rainforest themed restaurant! We celebrated my cousin's birthday here, who got surprised by a chocolate lava cake, and the whole staff singing to him. It was so sweet. Rainforest Cafe has some of the best dishes and desserts, with extremely friendly service. Mostly for kids, but anyone can come and enjoy... 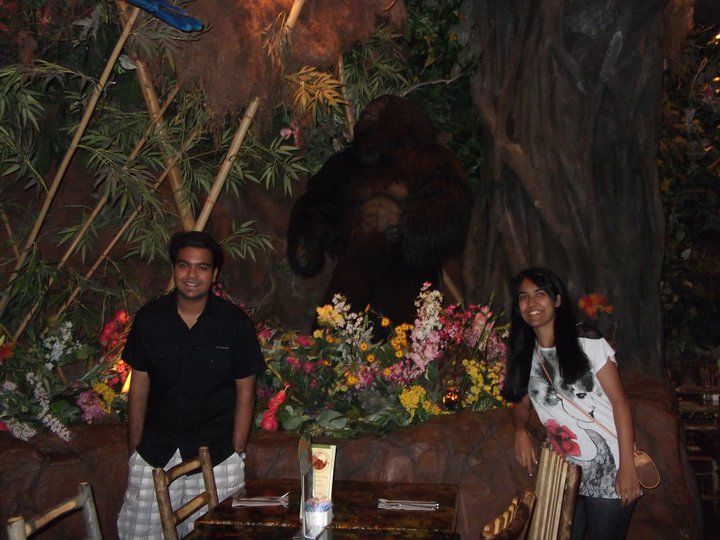 The prime center of downtown TO, Dundas Square does not leave one bored. It's best at night with the lights jazzing up the streets, a replication of Times Square, NY. I loved going down there with friends for a fun night of karaoke, shopping, attending concerts, or munching at our favorite restaurants. 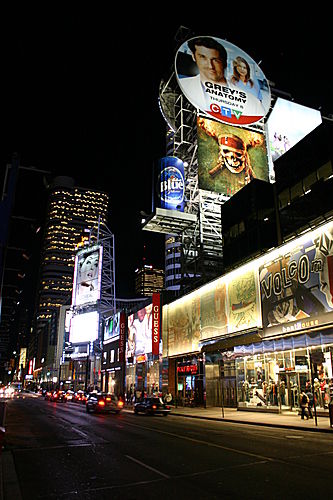 CN Tower is the tallest free standing structure of Canada, and used to be of the world. A dazzling view of the city can be seen from the very top, by shooting up the floors through a glass elevator. It's quite the feeling! Lying on the glass floor at the very top definitely gives you the butterflies. 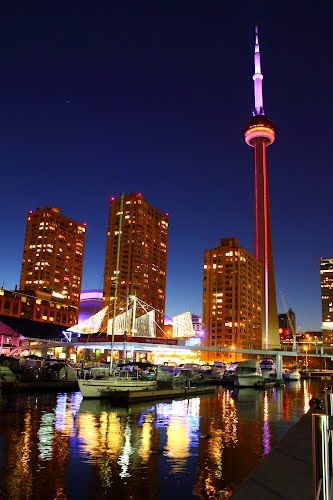 This is a BEAUTIFUL little town a bit outside of Toronto, on the way to Niagara Falls. Known for the wineries, it's a pleasing town to drive through. If you've got the time you can roam through this village by strolling through, or taking a horse carriage. 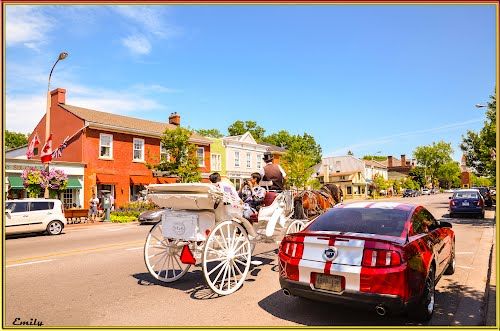 In the upper part of Toronto, St. Lawrence is a bustling market place, stocked with fresh foods and delicacies, from meats, cheeses, fruits, veggies, and types of wine. Although a bit on the pricey side, St. Lawrence doesn't disappoint with the free samples, and an overall exciting atmosphere. 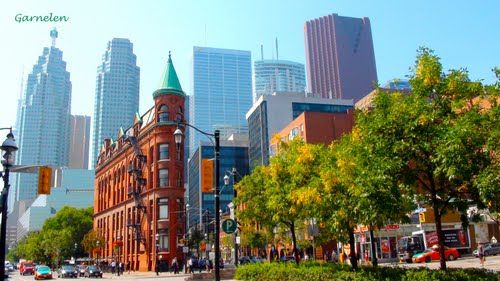