10 Forts Revealing The Grandeur Of Rajasthan 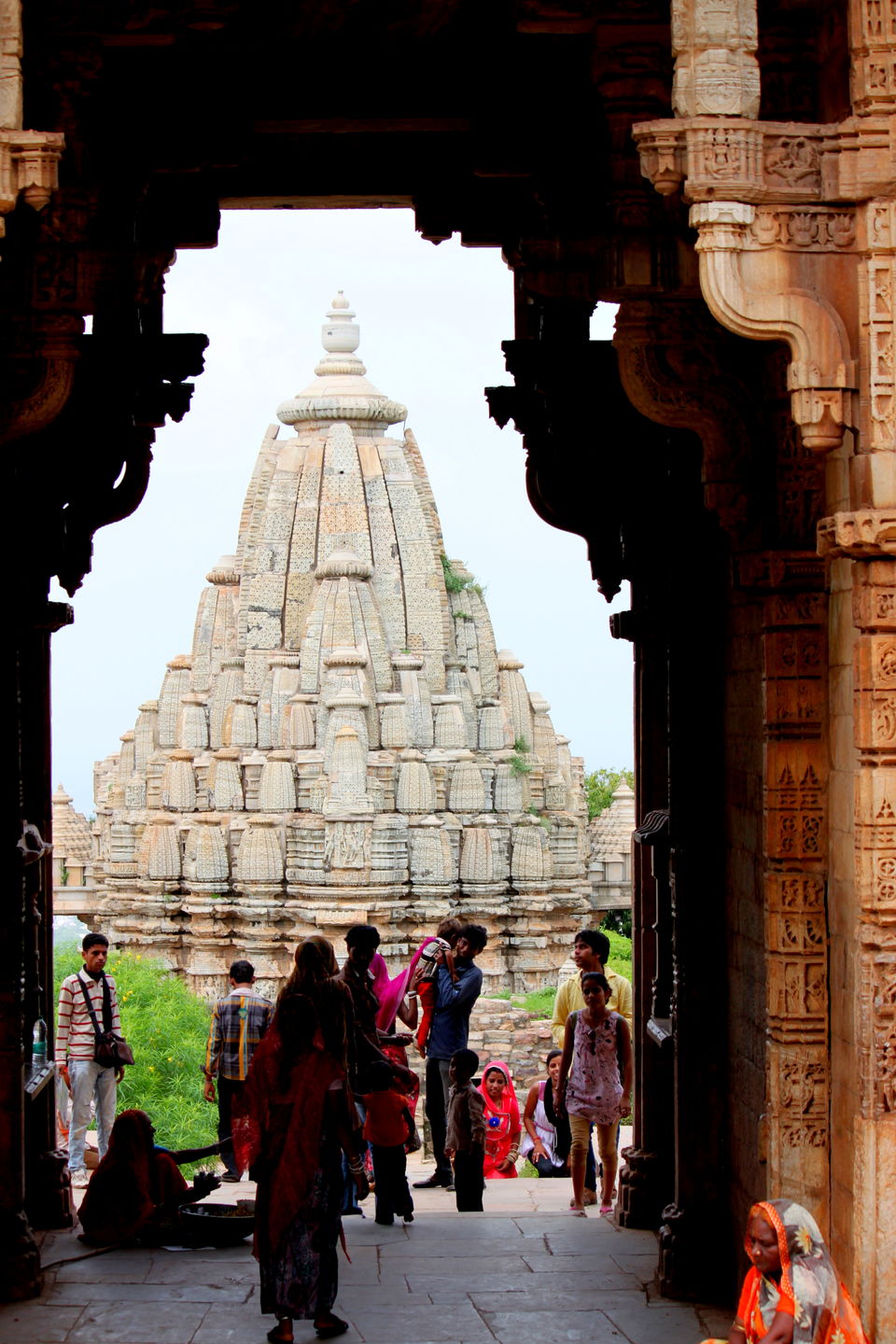 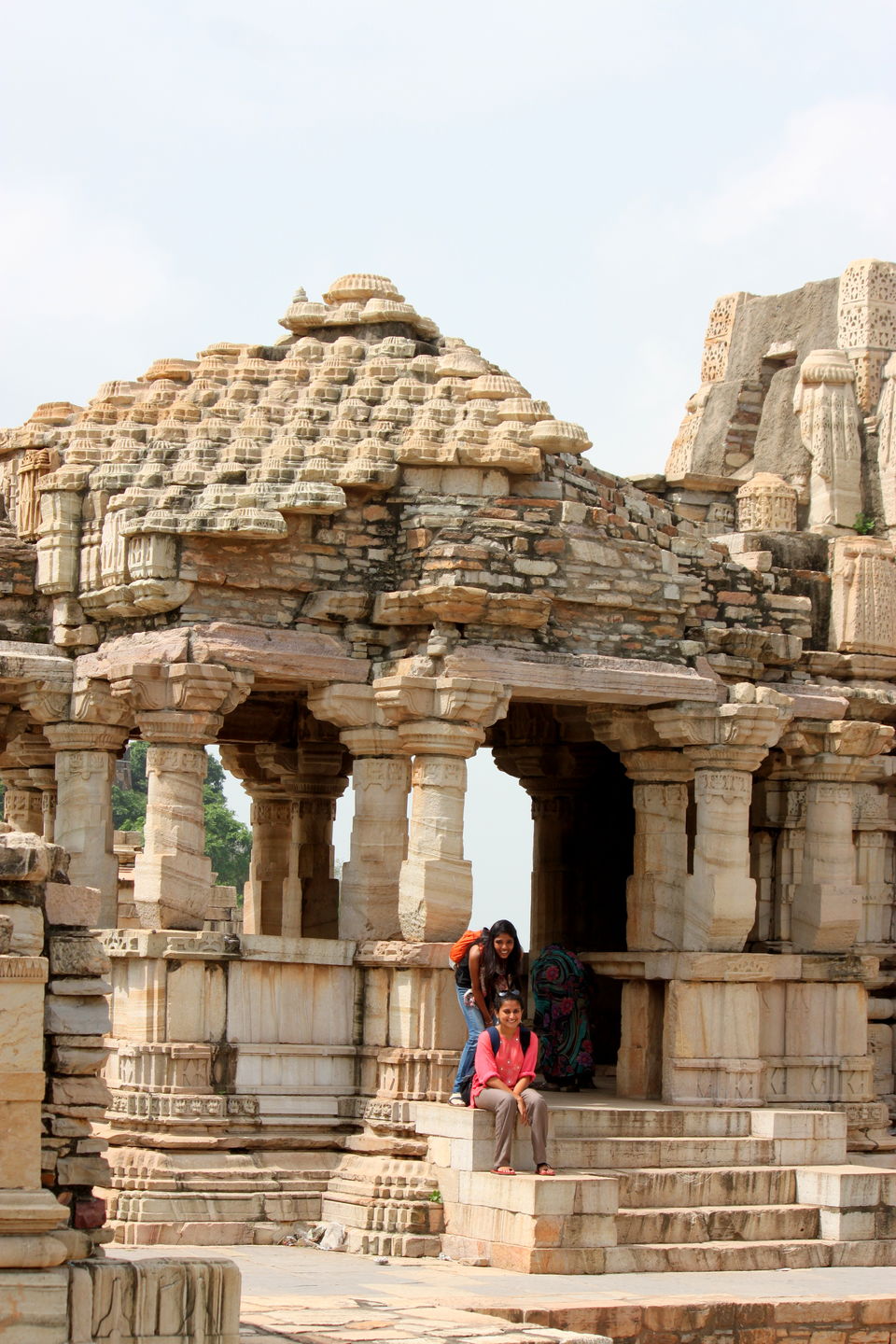 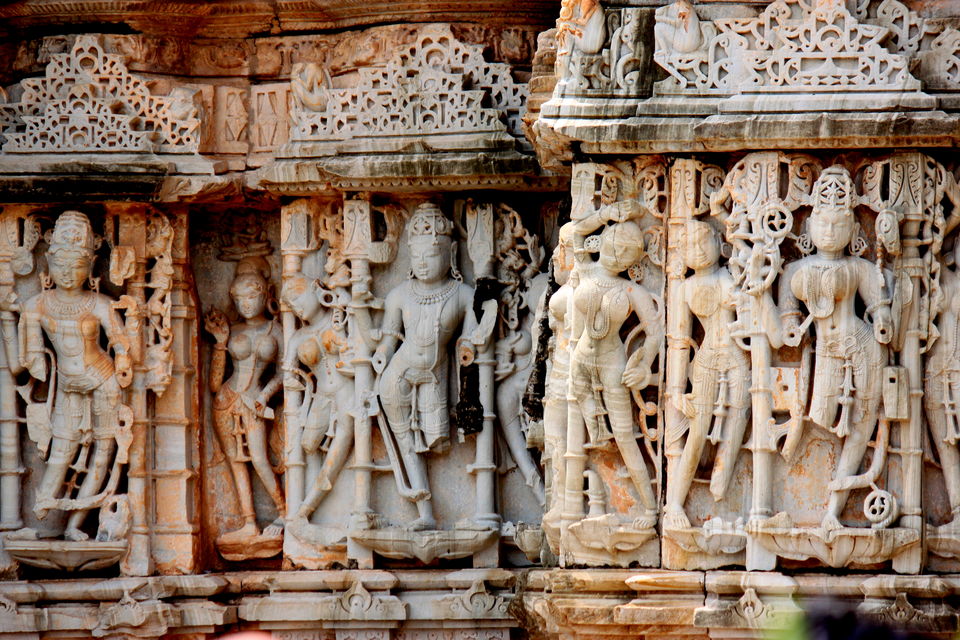 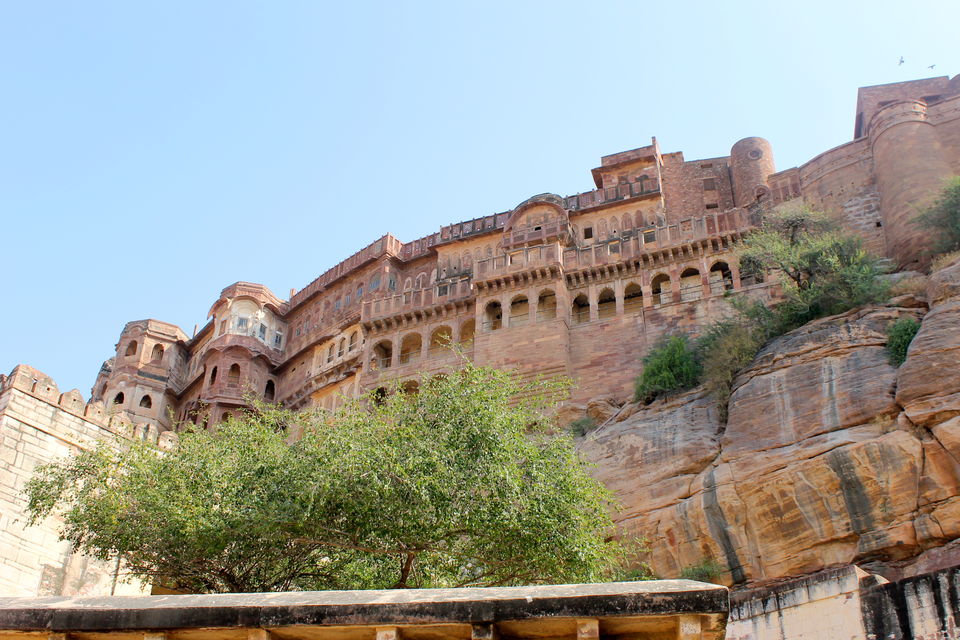 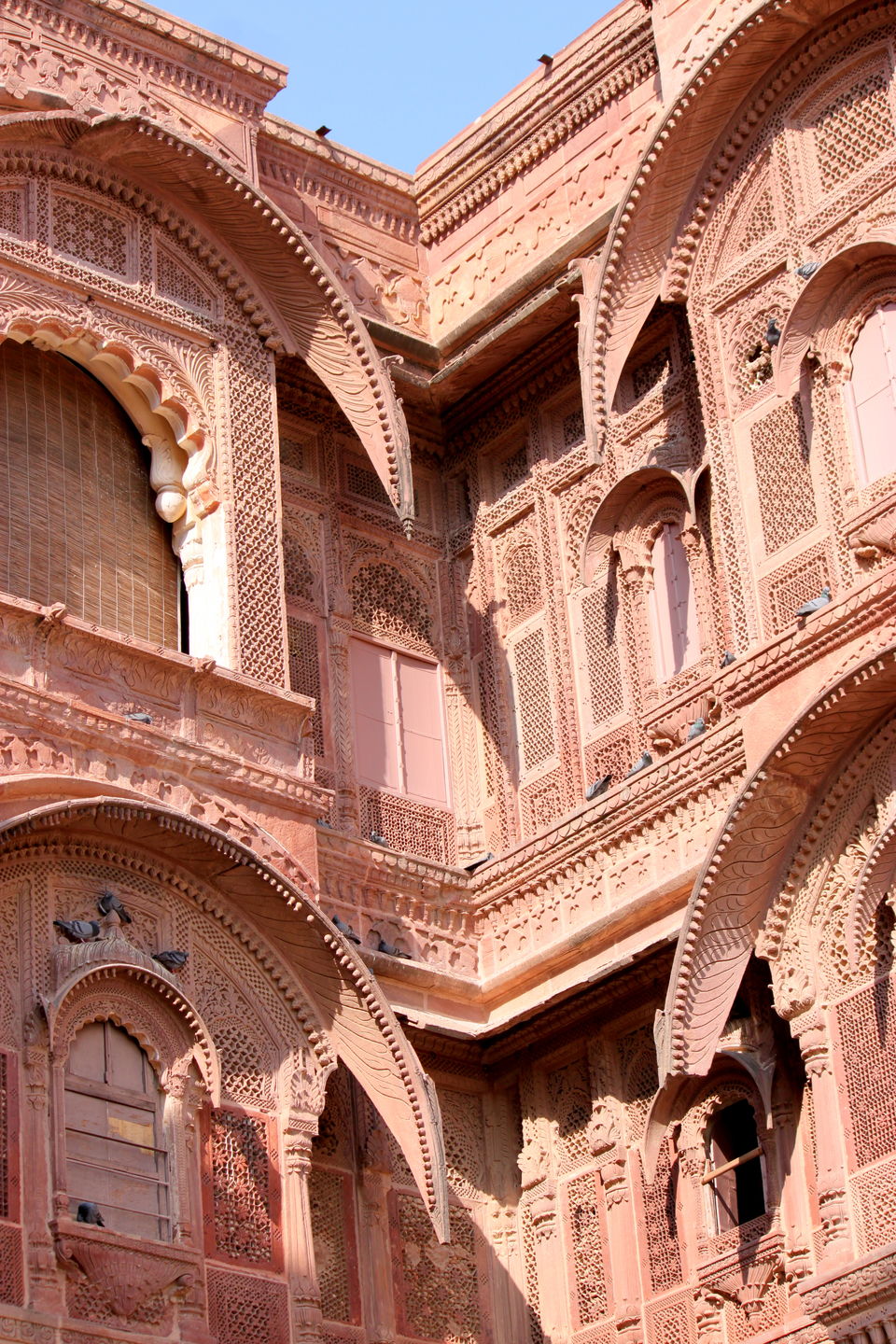 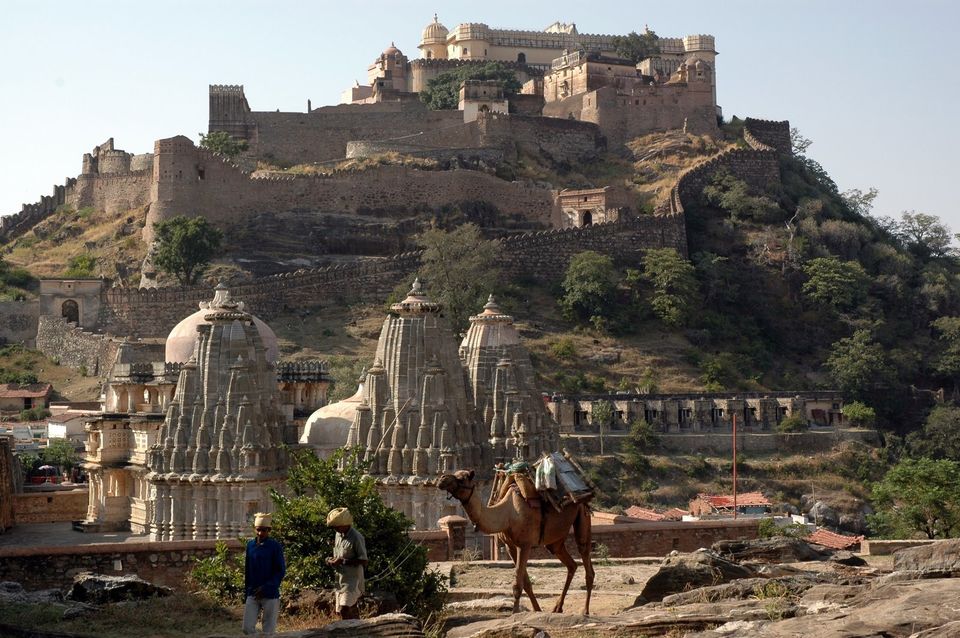 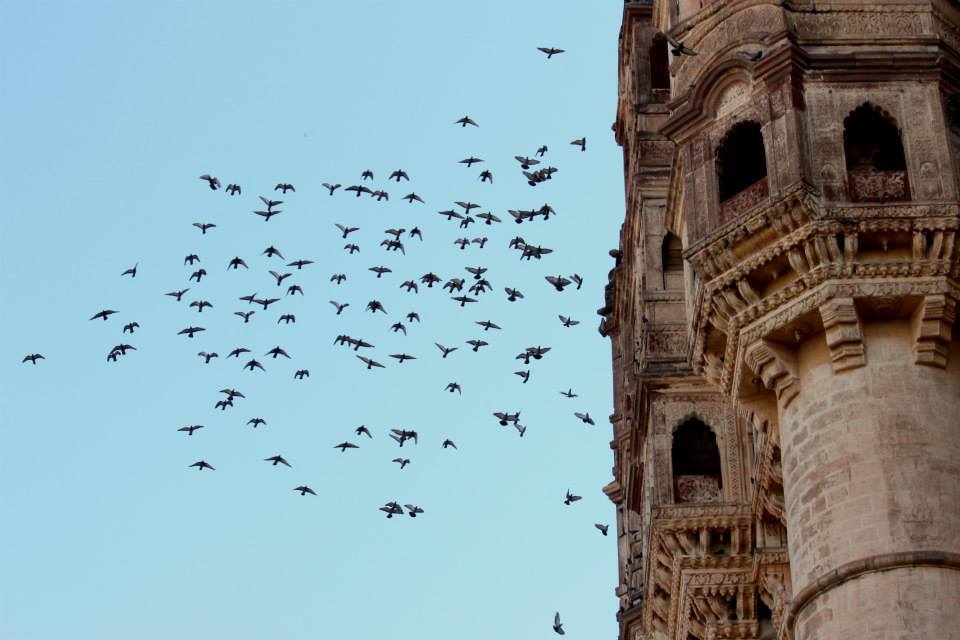 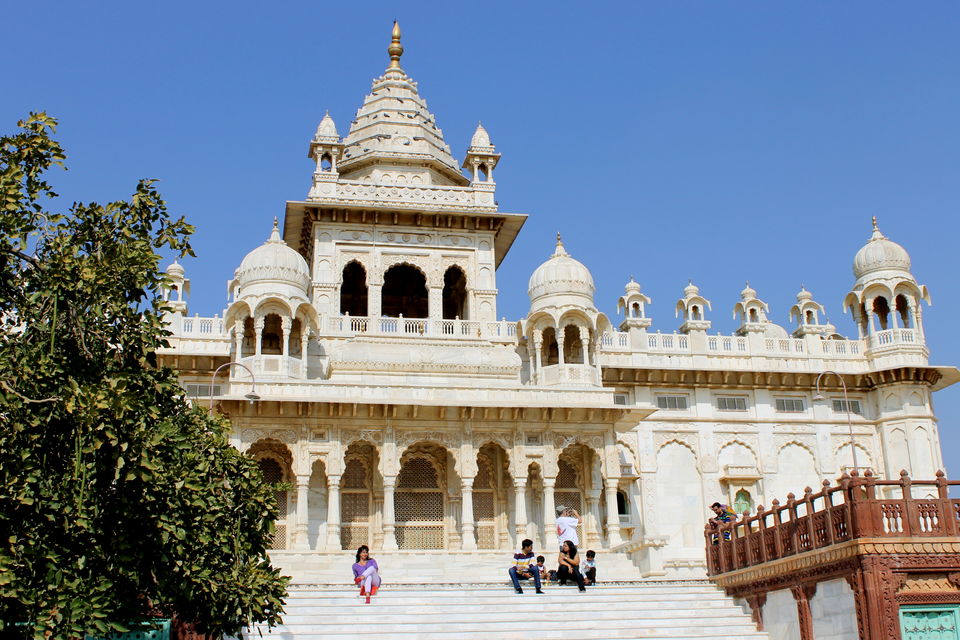 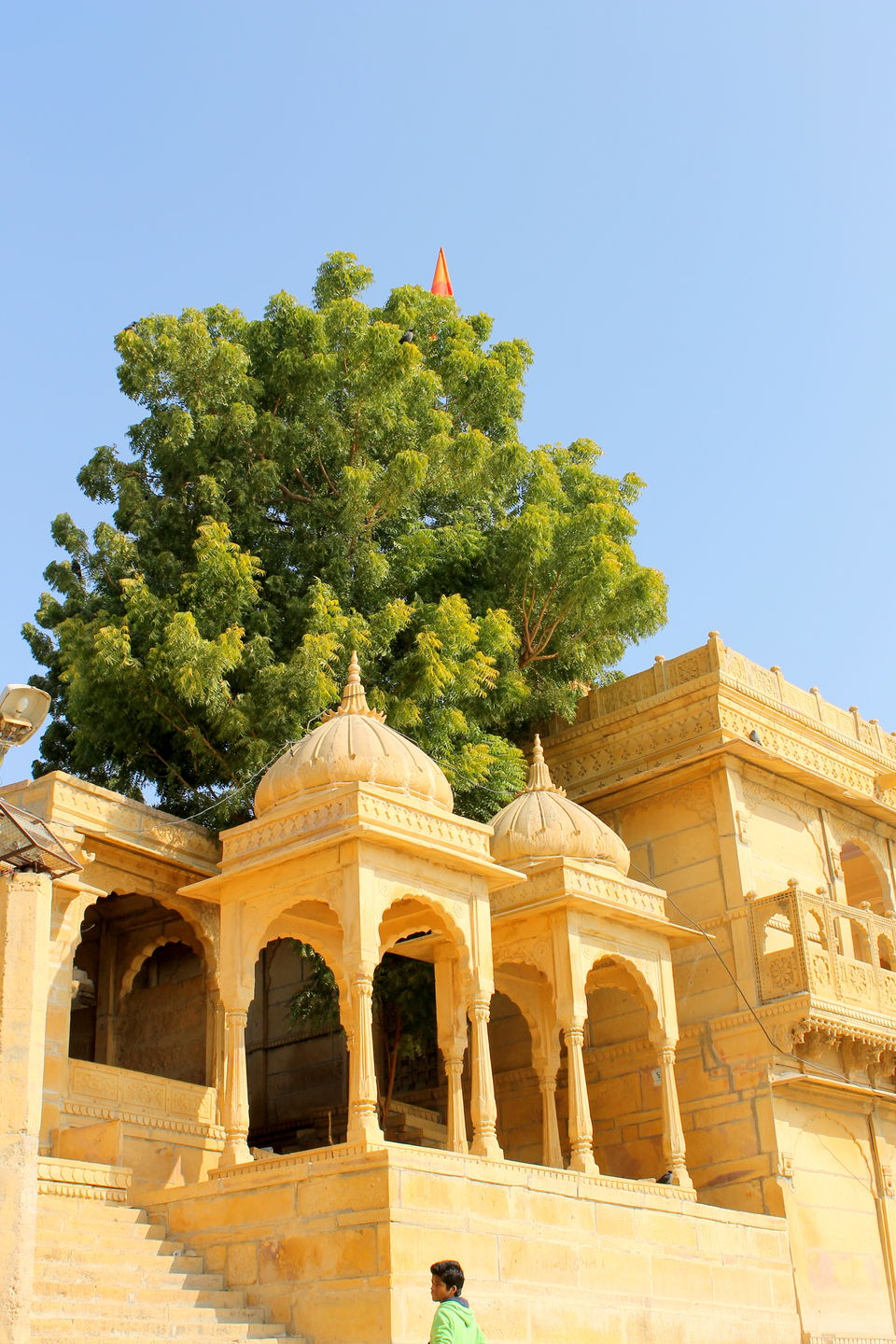 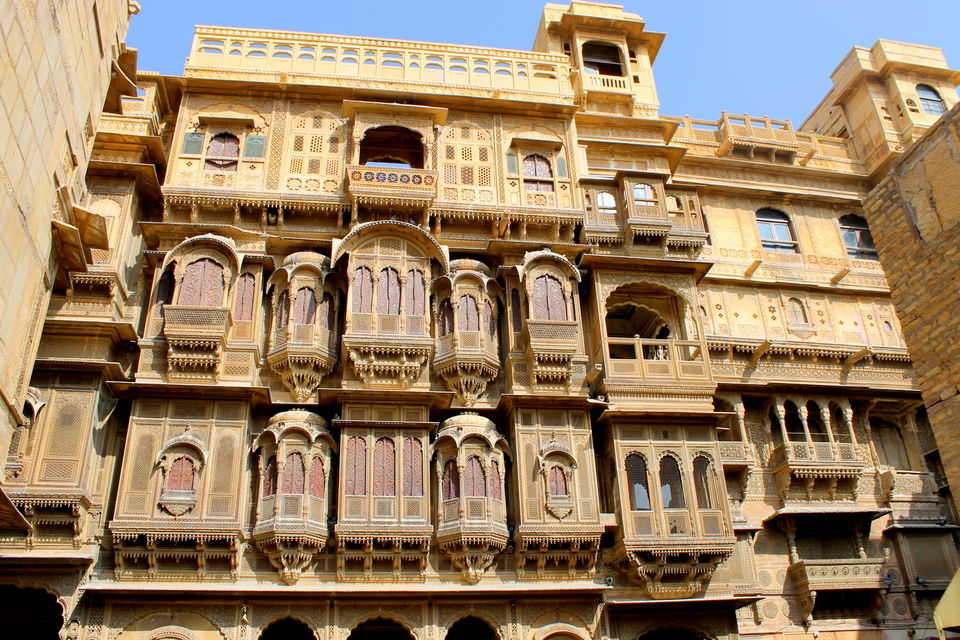 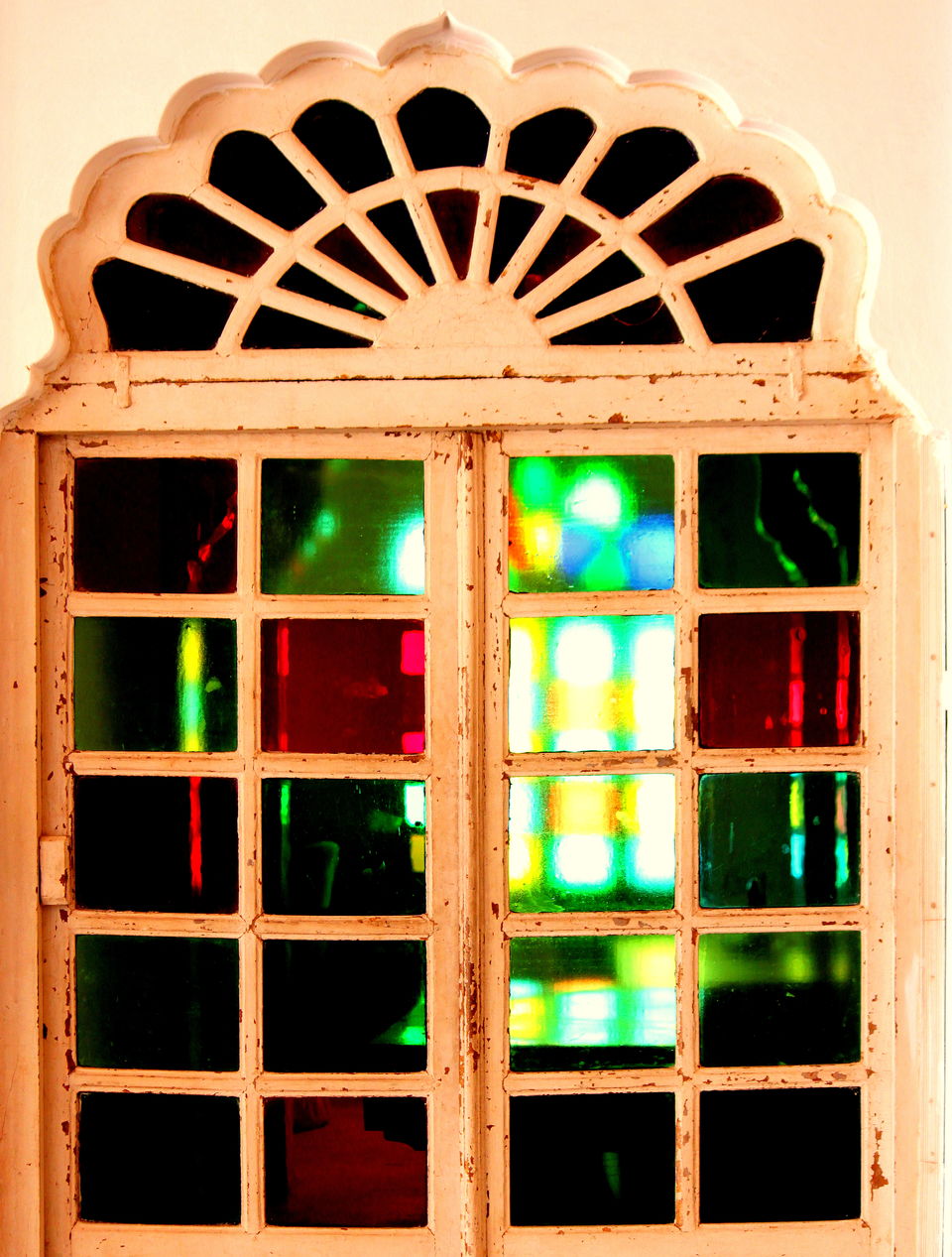 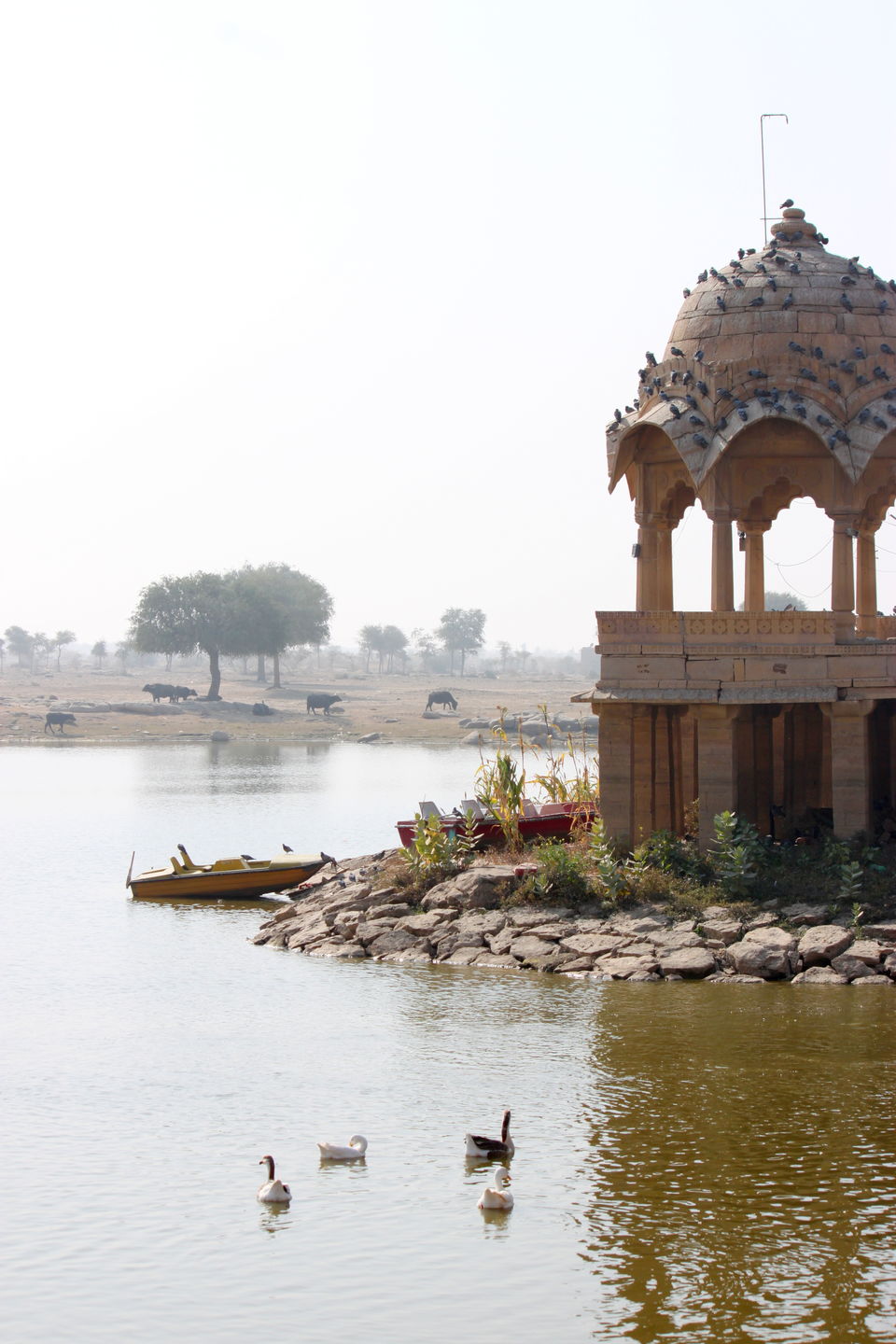 Rajasthan is famous all over the world for its stunning forts that have been gloriously standing since decades in this princely state. They are the perfect example of the architectural heritage of Rajasthan. The reminders of the rich history of this eternal land are one of the major attractions of the state as well our country. These forts narrate the stories of yesteryears’ glamour, success and failures through their long muteness.

Here is a list of the forts that add to the royalty of Rajasthan:

Chittorgarh Fort is one of the largest forts in India and probably the grandest in the state of Rajasthan. It is a UNESCO World Heritage Site.

It is stated that the fort was constructed by the Mauryans during the 7th century AD and hence derives its name after the Mauryan ruler, Chitrangada Mori, as inscribed on coins of the period. Historical records show Chittorgarh fort as the capital of Mewar for 834 years.

The fort precinct with an evocative history is studded with a series of historical palaces, gates, temples and two prominent commemoration towers. These monumental ruins have inspired the imagination of tourists and writers for centuries.

The fort represents the quintessence of tribute to the nationalism, courage, medieval chivalry and sacrifice exhibited by the Mewar rulers for centuries.

By Road - NH8 connects Jaipur and Delhi to NH79 at Ajmer, along which Chittor is a 3.5 hr drive away via Nasirabad and Bhilwara.

By Train - Chittorgarh Station is linked to Delhi by the Nizamuddin-Udaipur Express and to Jaipur by the Mewar Express.

Mehrangarh Fort was built around 1460 by Rao Jodha, and the fort is situated 120 metres (400 ft) above the city and is enclosed by imposing thick walls. Inside its boundaries, there are several palaces known for their intricate carvings and expansive courtyards.

The museum in the Mehrangarh fort is one of the well-stocked museums in Rajasthan. In one section of the fort museum, there is a selection of old royal palanquins, including the elaborate domed gilt Mahadol palanquin which was won in a battle from the Governor of Gujarat in 1730. By Road - Travelers from Delhi should turn off NH8 onto NH11 at Beawar.

By Train - Jodhpur Junction is connected by Mandore and Intercity expresses from Old Delhi; and by Rajasthan Sampark Kranti from Sarai Rohilla, which runs on alternate days. Suryanagari Express from Bandra, Mumbai, is the best option via Ahmedabad and it runs on alternate days; also Ranakpur Express from Bandra via Ahmedabad and Surat and the Howrah-Jaipur Express.

Kumbhalgarh Fort is on the westerly range of Aravalli Hills, in the Rajsamand District of Rajasthan. It is another UNESCO World Heritage Site included in Hill Forts of Rajasthan. Built during the course of the 15th century by Rana Kumbha and enlarged through the 19th century, Kumbhalgarh is also the birthplace of Maharana Pratap, the great king and warrior of Mewar. Jaisalmer Fort was built in 1156 AD by the Rajput ruler Rawal Jaisal, from whom it derives its name. The fort stands amidst the sandy expanse of the great Thar Desert, on Trikuta Hill, and has been the scene of many battles. Its massive yellow sandstone walls are a tawny lion colour during the day, fading to honey-gold as the sun sets, thereby camouflaging the fort in the yellow desert. For this reason, it is also known as the Sonar Quila or Golden Fort.

In medieval times, Jaisalmer’s entire population lived within the fort and even now, thousands of people reside here, making it India’s only living fort. By Road - Jaisalmer is at the far western end of India, tucked into the hip of Rajasthan. Though it is just a few degrees off the same latitude as Jaipur, you have to arch up to Bikaner or way down to Jodhpur to get here from the state capital.

By Rail - Jaisalmer Station is well-connected to Delhi by the Delhi-Jaisalmer Express, which starts from Old Delhi Railway Station. Mumbai offers connections up to Jodhpur via Ahmedabad. From Jodhpur, there’s the Jodhpur-Jaisalmer Express.

Built from 1464 AD, Neemrana Fort-Palace is located on a high hillock and commands magnificent views of the surrounding beauty. It is among India's oldest heritage resort hotels, as it was created in 1986. Its name derives from a valiant local chieftain named Nimola Meo. The Chauhan capital was shifted from Mandhan (near Alwar) to Neemrana when the fort was established by Raja Dup Raj in 1467.

This has become a favorite weekend gateway for Delhi folks. By Road – Neemrana Fort Palace is 120 kms from New Delhi, via NH8. It is on the Delhi- Jaipur Highway.

Jaigarh Fort, also known as Victory Fort, is situated on the promontory called the Cheel Ka Teela (Hill of Eagles) of the Aravalli range. The fort was built by Jai Singh II in 1726 to protect the Amber Fort and its palace complex and was named after him. The highlights here are the two silver water containers, the largest in the world, mentioned in the Guinness Book of World Records. Sawai Madho Singh II took along these containers, after filling them with Ganga water, on a trip abroad to avoid using ‘foreign water’. The fort features a cannon named "Jaivana", which was manufactured in the fort precincts and was then the world's largest cannon on wheels. By Road - NH8 links Jaipur to Delhi via Shahpura and Dharuhera, and to Mumbai via Ajmer, Udaipur, Ahmedabad, Baroda, Bharuch, Pardi, Talasari and Manor. RSRTC operates deluxe coaches from Bikaner House in Delhi near Pandara Road. Excellent bus connections are also available from Jaipur’s Sindhi Camp Central Bus Terminal to other destinations in Rajasthan and beyond.

By Train - Jaipur Station well connected to Delhi by Ajmer Shatabdi and Delhi-Jaipur Express, to Mumbai by the Bombay Central-Jaipur and Aravalli expresses, and to Kolkata by the Howrah-Jaipur Express.

Amer Fort is known for its artistic Hindu style elements. With its large ramparts and series of gates and cobbled paths, the fort overlooks Maota Lake. The town of Amer was originally built by Meenas, and later it was ruled by Raja Man Singh, who built the fort.

The aesthetic ambiance of the palace is seen within its walls. Constructed of red sandstone and marble, the attractive, opulent palace is laid out on four levels, each with a courtyard. It consists of the Diwan-e-Aam, or "Hall of Public Audience", the Diwan-e-Khas, or "Hall of Private Audience", the Sheesh Mahal (mirror palace), or Jai Mandir, and the Sukh Niwas where a cool climate is artificially created by winds that blow over a water cascade within the palace. Hence, the Amer Fort is also popularly known as the Amer Palace. How To Reach: Same As Jaigarh Fort. The two forts are located on the Cheel ka Teela (Hill of Eagles) of the same Aravalli range of hills. The palace and Jaigarh Fort are considered one complex, as the two are connected by a subterranean passage.

Sajjangarh Fort, also known as the Monsoon Palace, is a hilltop palatial residence in the city of Udaipur, overlooking the Fateh Sagar Lake. It is named ‘Sajjangarh’ after Maharana Sajjan Singh of the Mewar Dynasty, who built it in 1884. The palace offers a panoramic view of the city's lakes, palaces and surrounding countryside. It was built chiefly to watch the monsoon clouds; hence, appropriately, it is popularly known as Monsoon Palace.
High on the Aravalli Hills, the Palace is illuminated in the evenings, giving a golden orange glow. Taragarh Fort or 'Star Fort' is the most impressive structure of city of Bundi. A rather ramshackle fort, with its overgrown vegetation, it is located 39 km from Kota. It was constructed in 1354 upon a steep hillside. There are three gateways to the fort, well known as Lakshmi Pol, Phuta Darwaza and Gagudi ki Phatak. Most parts of these impressive gateways are now in ruins. During its heyday, Taragarh Fort was renowned for its tunnels crisscrossing the entire hillside. However, these tunnels are now inaccessible for want of proper maps.
The largest of its battlements is the 16th century bastion known as the Bhim Burj, on which was once mounted a particularly large cannon called Garbh Gunjam, or 'Thunder from the Womb'.

The fort also has Miran Saheb ki Dargah. He was the governor of the fort and laid down his life in an encounter.
The fort offers a panoramic view of the city of Bundi situated in Nagpahari of Aravalli ranges. By Road – Bundi is around 490 km from Delhi. Bundi is located on NH12 between Jaipur and Kota. The road conditions vary with rains and disrepair. There are frequent buses from Kota to Bundi and the journey by bus takes about an hour. A few buses run daily from Jaipur too and the trip takes 7-8 hrs.

By Train - Nearest railhead is Kota Junction, on the Delhi-Mumbai rail route.

Ranthambore Fort is situated within the Ranthambore National Park, near the town of Sawai Madhopur, the park being the former hunting grounds of the Maharajahs of Jaipur until the time of India's Independence. The fort is known for the glory and valor of Hammir dev of the Chauhan dynasty. By Road - You can cover the 375 km distance between Delhi and Ranthambhore in about 8-10 hours. The roads are good and the road trip in itself is a pleasure. You can plan your route through Sariska Tiger Reserve as well.

Historical facts have been taken from Wikipedia.