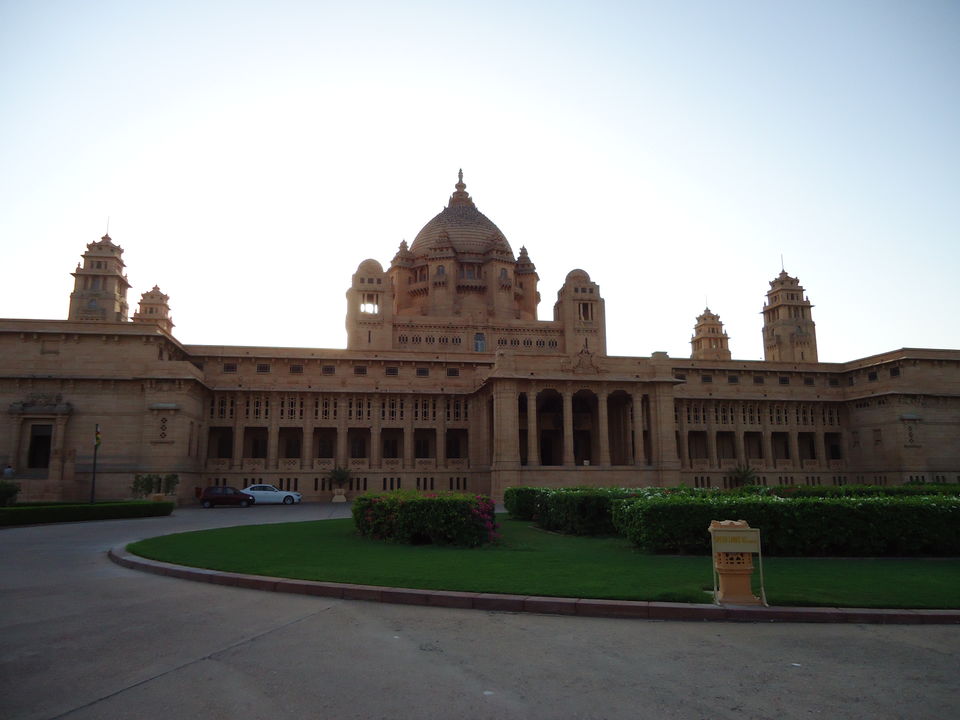 I have had the good fortune of staying in various locations of Rajasthan for a period of more than two years as part of my job with my previous organization. I had realized that Rajasthan is a traveler’s paradise and has a location on offer for all kinds of taste buds. It’s mostly believed that Rajasthan is an arid desert and a destination for only winters in India. Contrary to that belief, let me give you a brief about the type of different destinations on offer in Rajasthan.

The major cities of Rajasthan are Jaipur, Jodhpur, Udaipur, Bikaner, Ajmer and Kota. It has a beautiful hill station in Mount Abu. Places of religious significance in Ajmer (most popular destination for Muslims in India) and Pushkar (has one of the very few Brahma Temples in the world). The city of Jaisalmer is famous for parched lands and deserts, while Sawai Madhopur has the Ranthambore Tiger Reserve, home to the biggest tiger population in India. It has India’s biggest forts at Chittorgarh and Kumbhalgarh. It also has Bhangarh (believed to be the most haunted place in India) and Haldighati (battle field for some of the famous wars in History). I would give you a brief about some of the above locations subsequently.

Rajasthan has decent connectivity from the rest of India vide Air, Train and Roads. It has three airports at Jaipur, Udaipur and Jodhpur. While Jaipur is the only International Airport in Rajasthan, it has direct flights to some of the Gulf counties only. The nearest airport is New Delhi (part of the Golden Triangle), which most of the international travelers land at and then travel approx 200 kms to Jaipur on luxury coaches. The railway network in Rajasthan is not very penetrating , examples being that a city like Jaisalmer has just a few trains arriving daily (mostly from Delhi) and two major cities of Jodhpur and Udaipur not having direct train connectivity among them. Roads are good by Indian standards, even to the most remote location, but most of them are not illuminated at night. Weather is very hot in summers in most of Rajasthan ranging from 40 to 45 deg. Food is diverse. We get to eat pure veg preparations like Dal Bati Churma to a spicy mutton preparation of Laal Maas. People are very fond of fried food like Pyaaz ki Kachori or Mirchi Wada. Sweets like Mawa Kachori and Ghewar are also very popular.

Let me begin to tell you about some of the famous destinations in Rajasthan. Let’s begin with Jaipur, The Pink City. Jaipur is the capital city of Rajasthan and also the most developed and cosmopolitan. The city has all the modern amenities including a metro network. It is home to the most beautiful hotels in the world. The two examples would be The Rambagh Palace (Taj) and Rajvilas (Oberoi). I had the good fortune of staying in the former. This palatial hotel is a former Maharaja's residence dating back to 1835 AD. It is still owned by the royal family of Jaipur. Descendents of the famous Maharani Gayatri Devi are the main stakeholders in the palace. In fact, all the famous hotels of Rajasthan have been home to the royal dynasties of that particular region in some bygone era. It has the most exotic interiors and plush upholstery. Suvarna Mahal restaurant inside the palace has everything made of gold. It has been rated as the best hotel in the world by Conde Nast Traveller magazine in 2009. Places of interest in Jaipur include the City Palace (present-day home of the Royal Family), Hawa Mahal, Pink City, Amer Fort, Jaigarh Fort and Nahargarh Fort. All the three forts are located on a hill top, one after the other as you ascend. The best part is that you can take an elephant ride from the entrance to the top and get to feel like a royal king. One of the forts also houses the world’s biggest and heaviest canon of the medieval era. Jaipur is also a shoppers’ paradise and has some very good traditional Indian jackets, handicrafts and shoes on offer at affordable rates. The most famous market for this stuff in Jaipur is Bapu Bazaar.

Next we come to Jodhpur, the Suncity, and second largest city of Rajasthan. It was part of the erstwhile Marwar region. The locals here speak the Marwari language. Jodhpur also has some very famous hotels and resorts. The most famous one is The Umaid Bhawan Palace. It is home to the Maharaja of Jodhpur, Shri Gaj Singh. Part of the 350+ room palace is converted into a super luxury hotel run by the Taj Group. It has magnificence written all over it, right from the royal welcome you receive upon entering, with showering of rose petals and sound of Nagadas, to the check out with fanfare. Recently, Umaid Bhawan Palace was awarded as the World's best hotel at the Traveller's Choice Award by TripAdvisor. Other places of interest in Jodhpur are Mehrangarh Fort (one of the best preserved forts of India), Jaswant Thada, Balsamand Palace, Clock Tower, Rock Garden, etc. There are two local delicacies that one must have in Jodhpur, Ker Sangri (dried grass) and Gatte Ki Sabzi. Jodhpur is connected to the major cities of Delhi, Mumbai and Bangalore by air. A nearby place to visit would be the sand dunes of Osian desert. It is about 60 kms from Jodhpur and is a desert popular for its gypsy safaris. Other famous places around Jodhpur are Jhalamand, Rajsamand, Balsamand, Khimsar and Rawla.

Next we come to Udaipur, also known as Venice of the East. It is a beautiful city surrounded by Aravalli hills and full of beautiful lakes. It is also connected to major cities by train and air. Not to mention that it too has the world’s most beautiful hotels. The two most prominent ones are The Taj Lake Palace and The Oberoi Udayvilas. The Lake Palace is situated in the middle of Lake Pichola and is accessible only by boat, making it a perfect romantic getaway. The hotel was the erstwhile summer palace of the royal family of Udaipur. It is currently owned by Maharaj Arvind Singh and is run by the Taj Group. The location and accessibility make it one of a kind hotel in the world. Udaipur has a very rich history with rulers like Maharana Pratap signifying valour. All places of historical significance bear testimony to the bravery of his clan. Places of interest in Udaipur are City Palace (present-day home of the Royal Family), Fateh Sagar (for speed boat rides), Lake Pichola, Jag Mandir, Saheliyon ki Bari, etc. You can also shop in the by lanes of Udaipur for some fancy handbags and shoes made from camel leather. Places near Udaipur are also very significant in the history of Rajasthan like Kumbhalgarh, Chittorgarh, Haldighati and Ranakpur (famous for woodwork).

Lastly, we would talk about the famous desert city of Jaisalmer. Jaisalmer is not well connected with other cities. It is the last station on the north-western railway and has a very few trains, mostly from Delhi. There is no air connectivity. Jaisalmer is a very small city which has a fort in the middle named Sonar Kila. Half of the population lives inside the fort. There are many shops inside the fort which sell all kinds of souvenirs. There are a lot of hotels in Jaisalmer, including the famous Suryagarh, but the main attraction for tourists visiting Jaisalmer are the tents in the Sam Desert. The Sam Desert is situated about 40 kms from the main city towards the Indo-Pak border and is the main attraction of not only Jaisalmer, but the entire Rajasthan. It has beautiful sand dunes for camel and gypsy rides. The sunset looks amazing from the dunes. People spend the night in make-shift tents and witness desert life from up-close. There are many cultural shows organized during the evening inside the tents, including the famous Kalbeliya dance of Rajasthan, puppet shows, magic shows, etc. Overall, the deserts at Jaisalmer would be the number one item on my checklist of must visit places in Rajasthan.

Let me add something about Sawai Madhopur, which is home to the famous Ranthambore National Park. Ranthambore is home to 64 tigers and is the largest tiger reserve in India. There are many famous hotels around Ranthambore including Vivanta by Taj and Oberoi Vanyavilas. You can Safari in a 5-seater gypsy or a 20-seater canter. It's better to book online in advance if you want a gypsy, as they are mostly sold out. Apart from the tiger, other animals sighted at Ranthambore are spotted deer, sambhar deer, wild boar, crocodiles, monkeys and various types of birds.

With a brief description of Rajasthan above, I hope to have added fuel to the burning desire of all travelers who want to visit this "Land of Kings" atleast once in their lifetime. 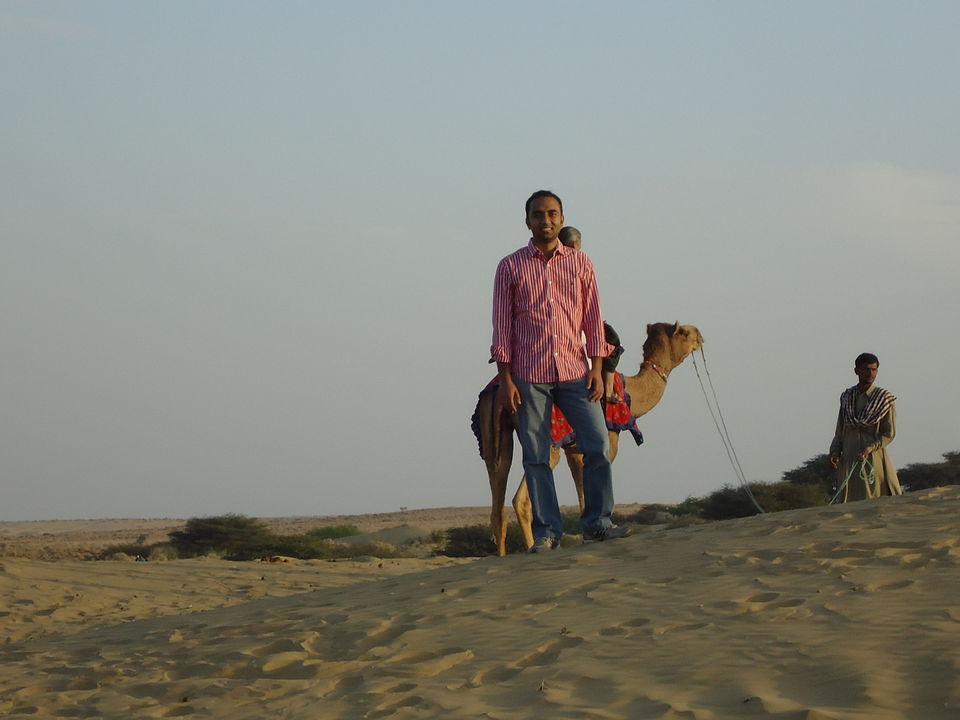 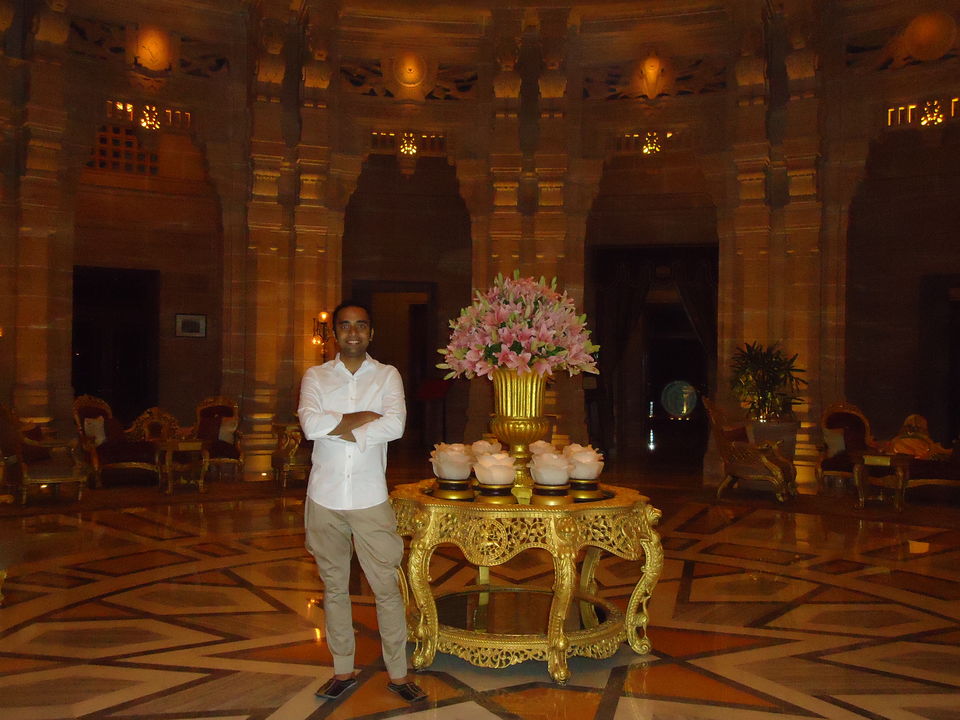 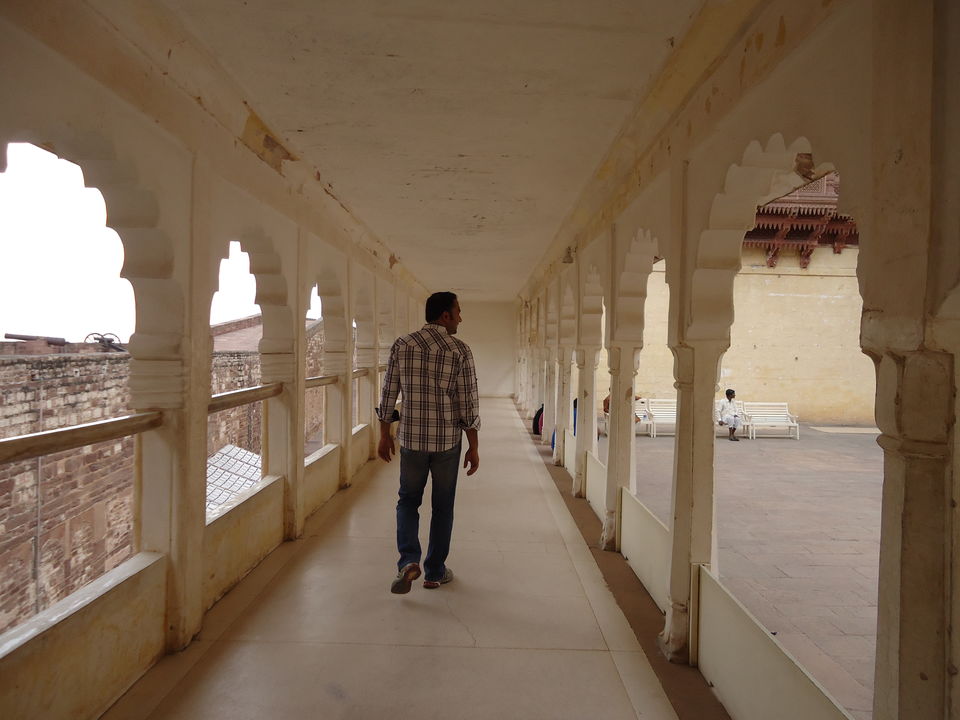 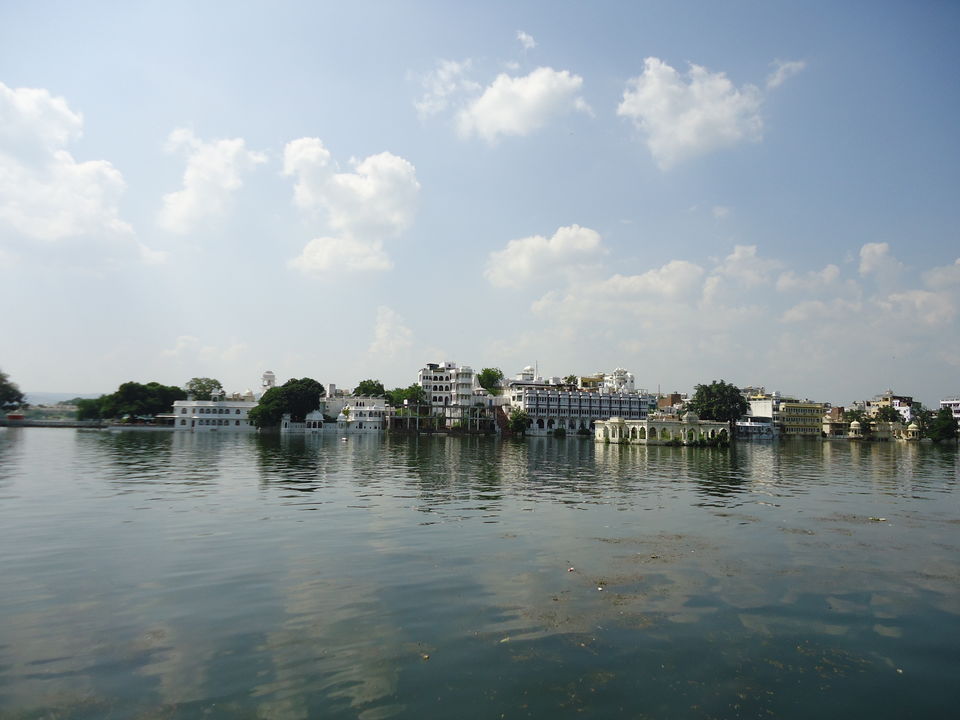 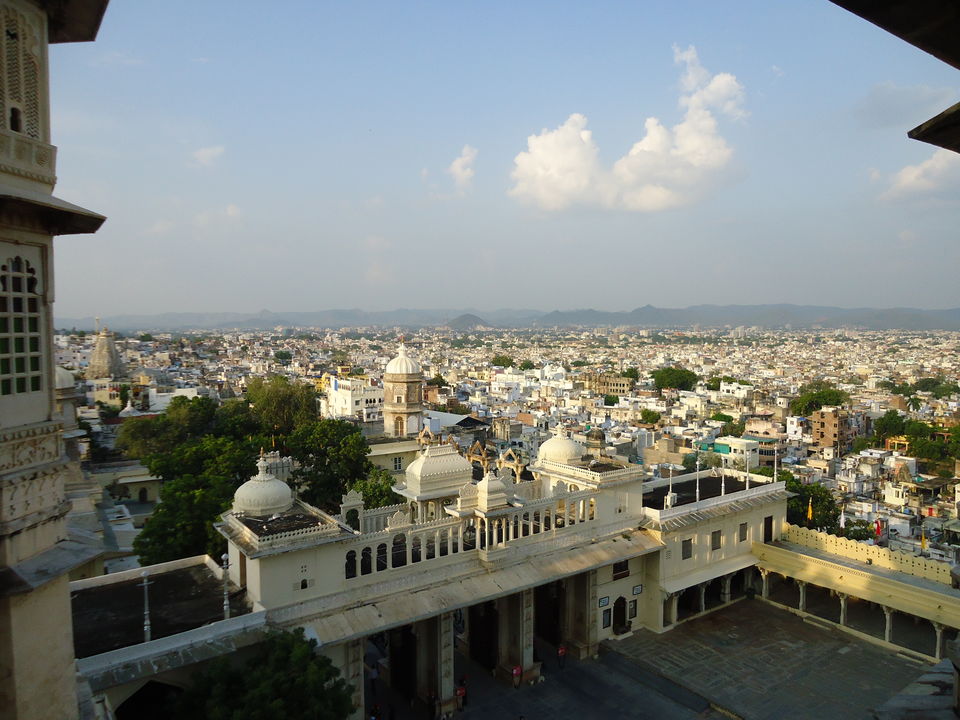 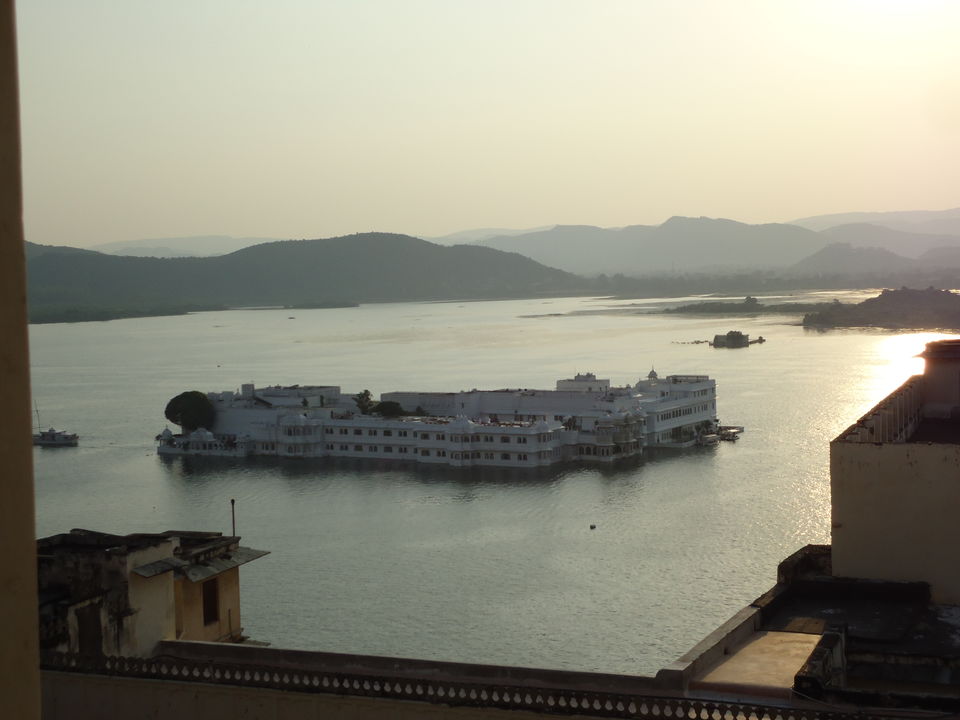 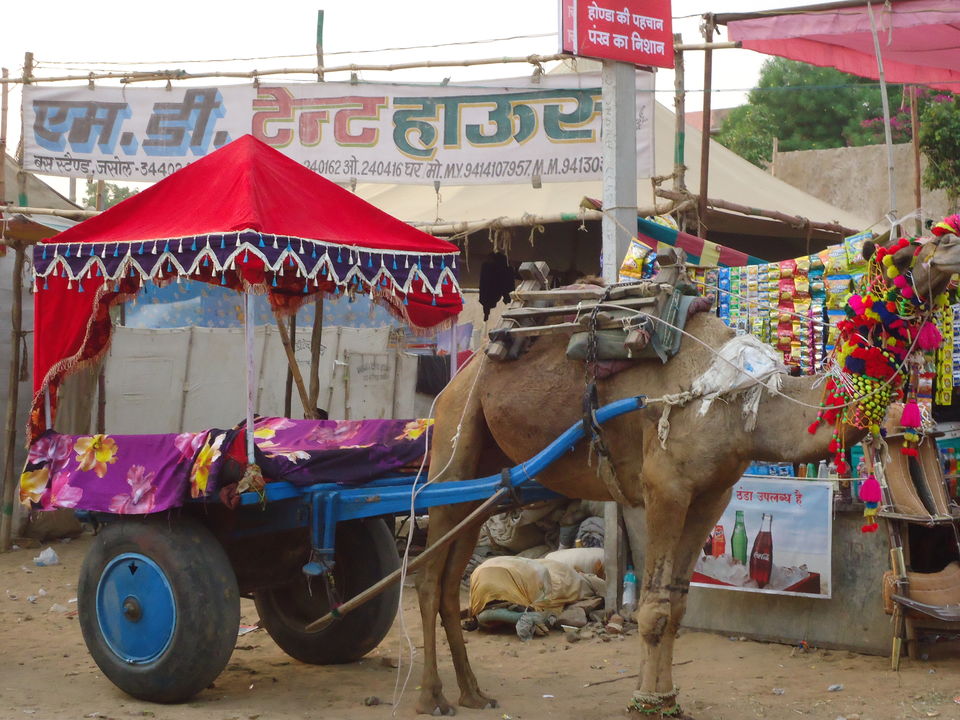 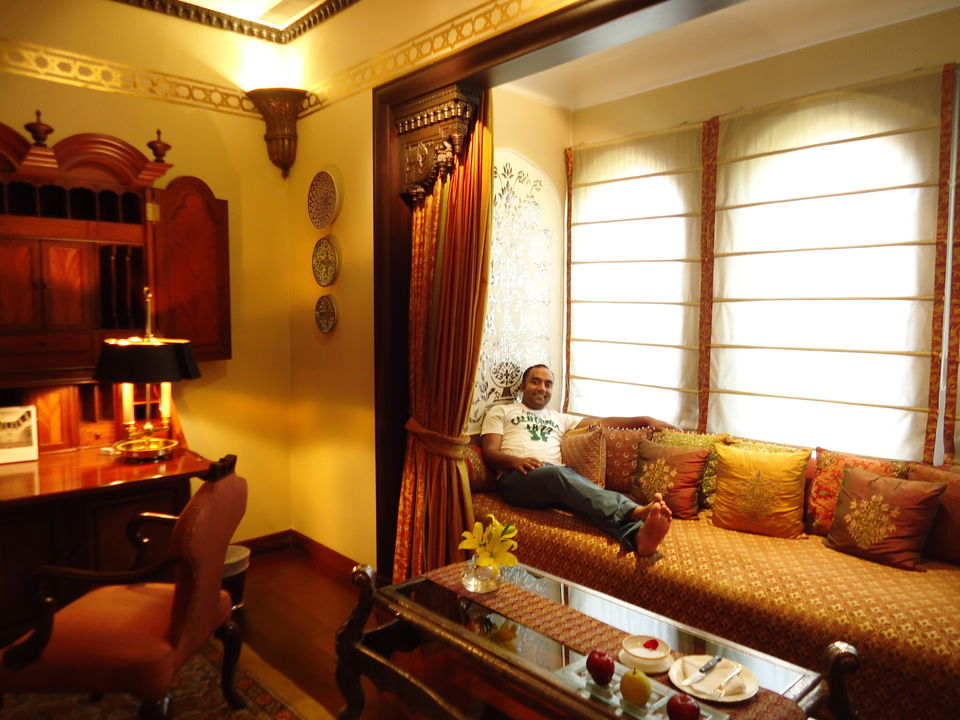 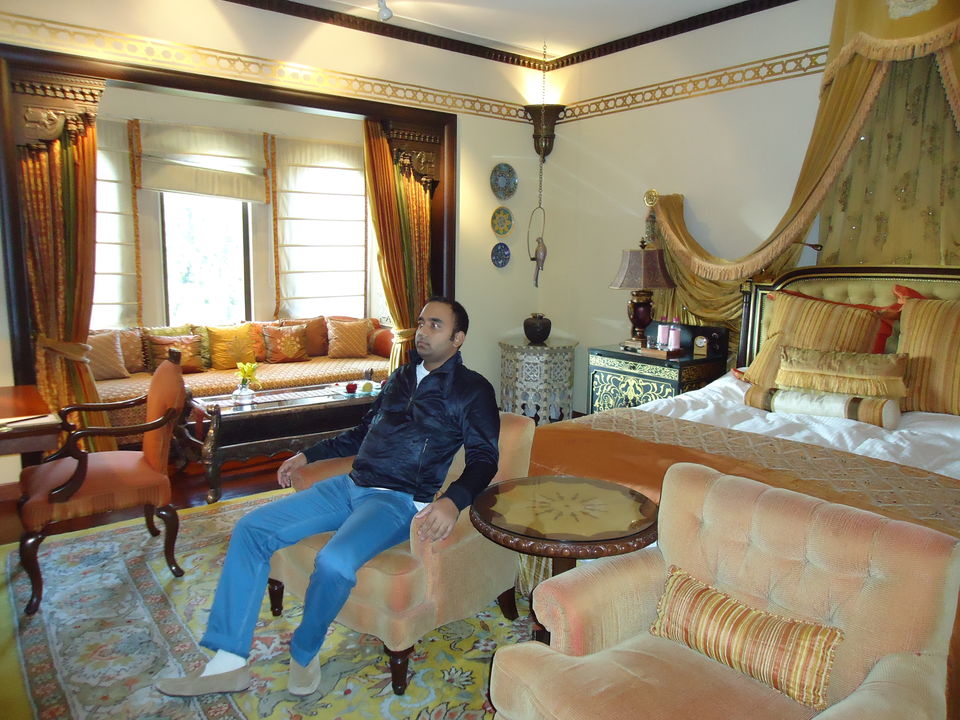 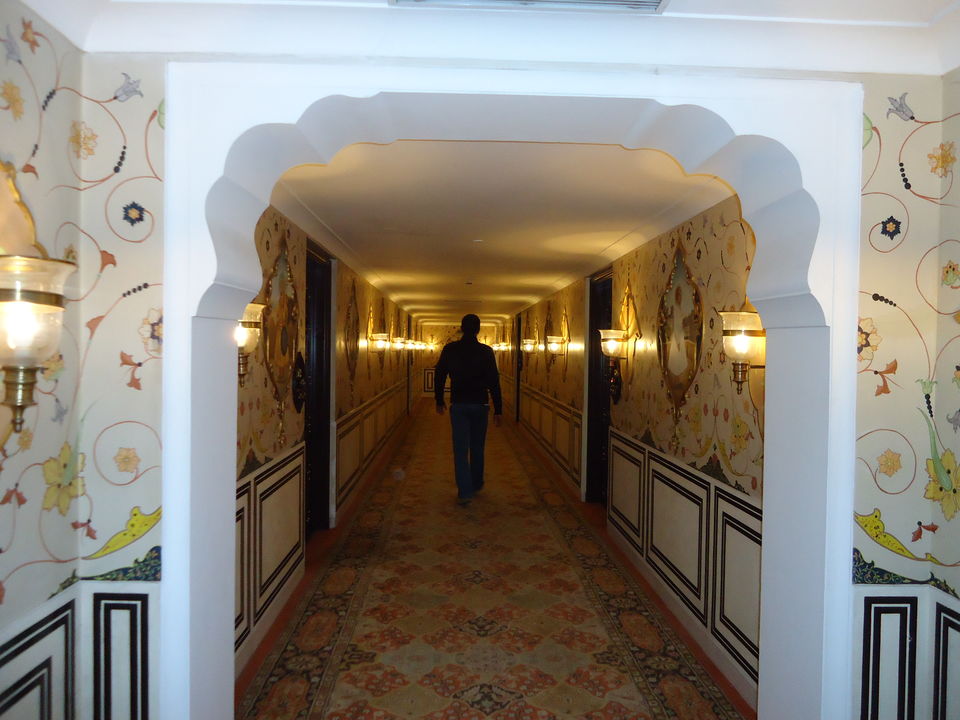 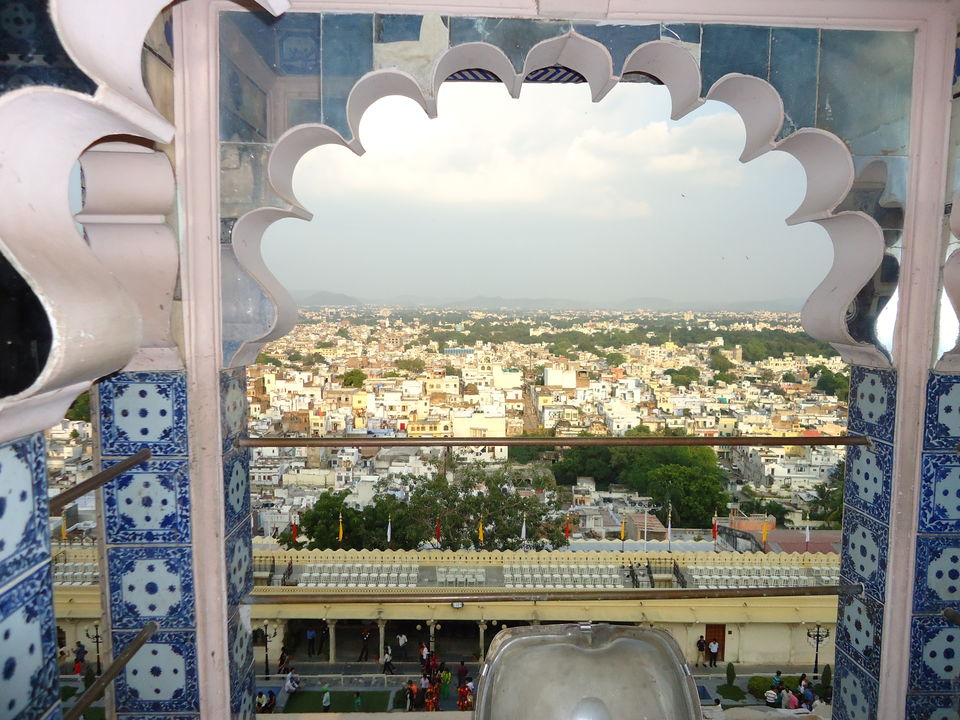 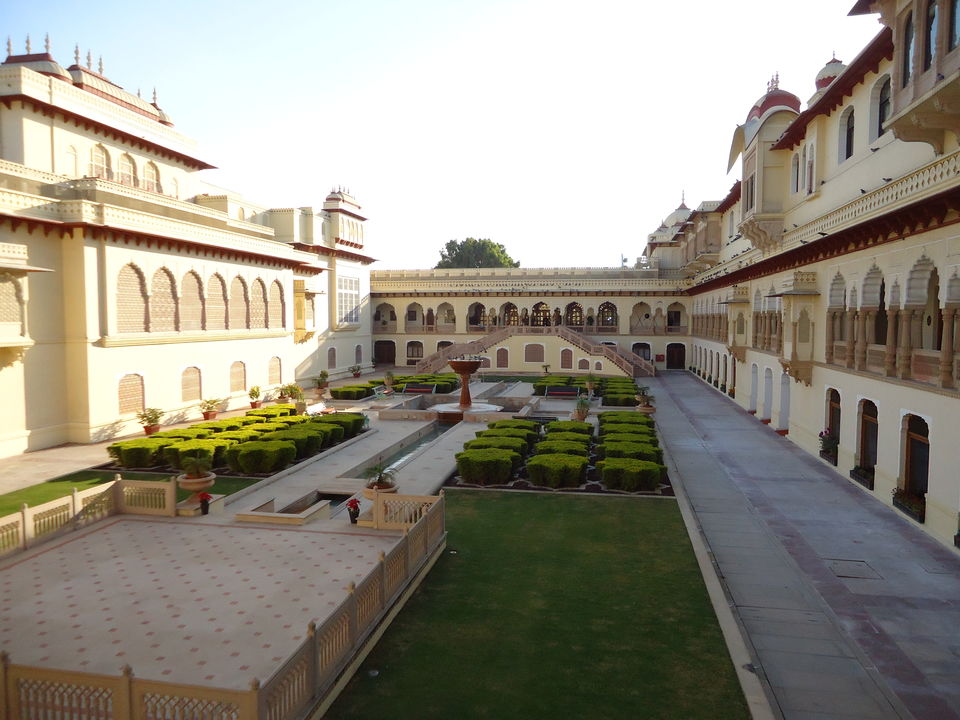 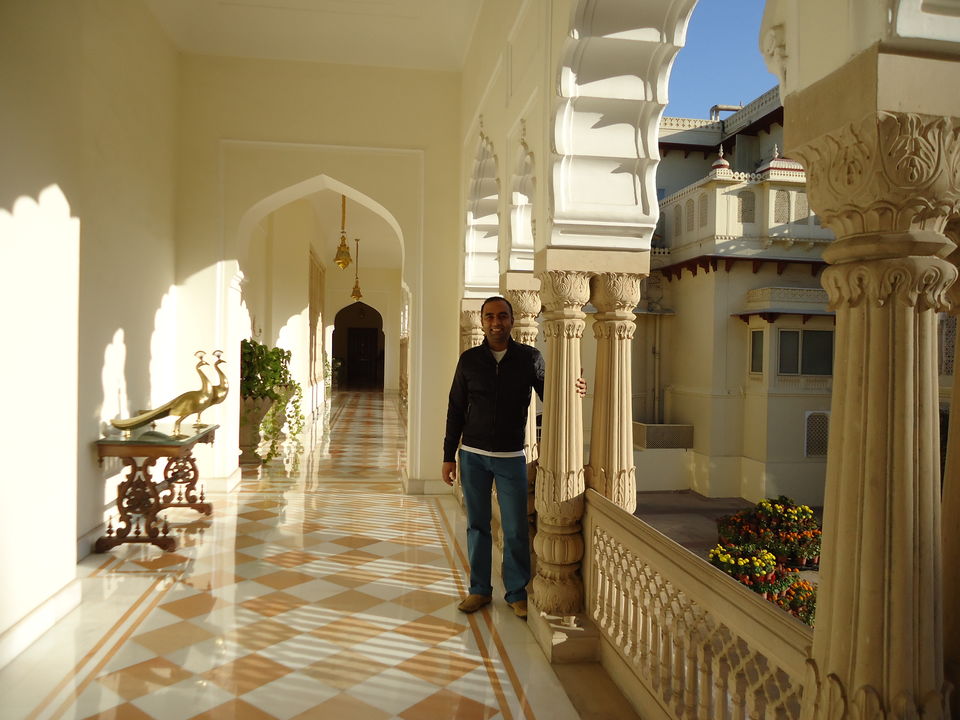 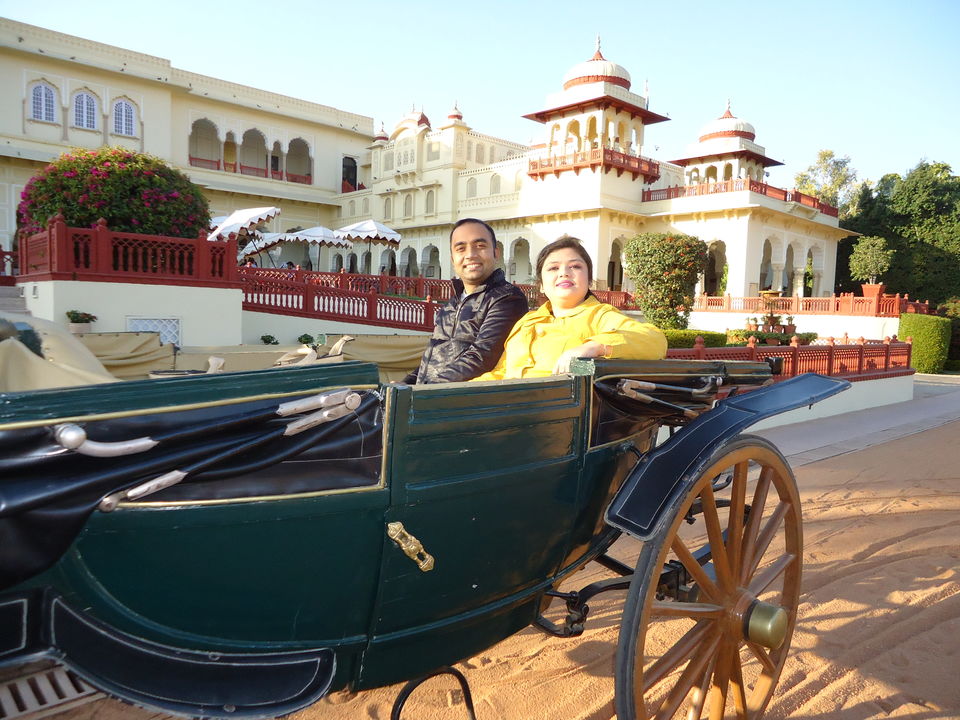 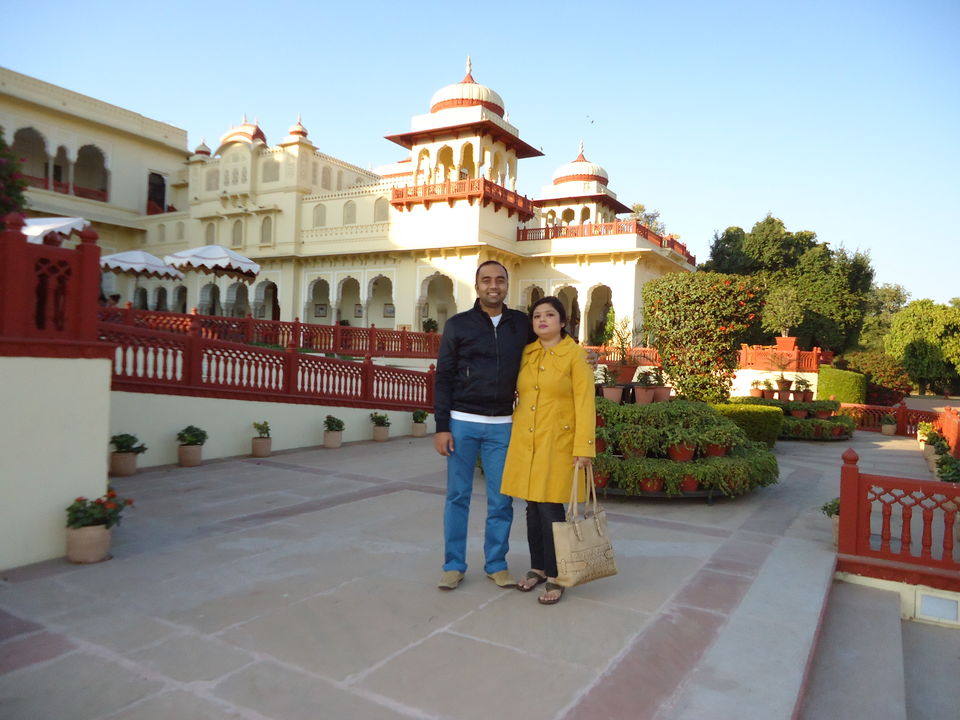 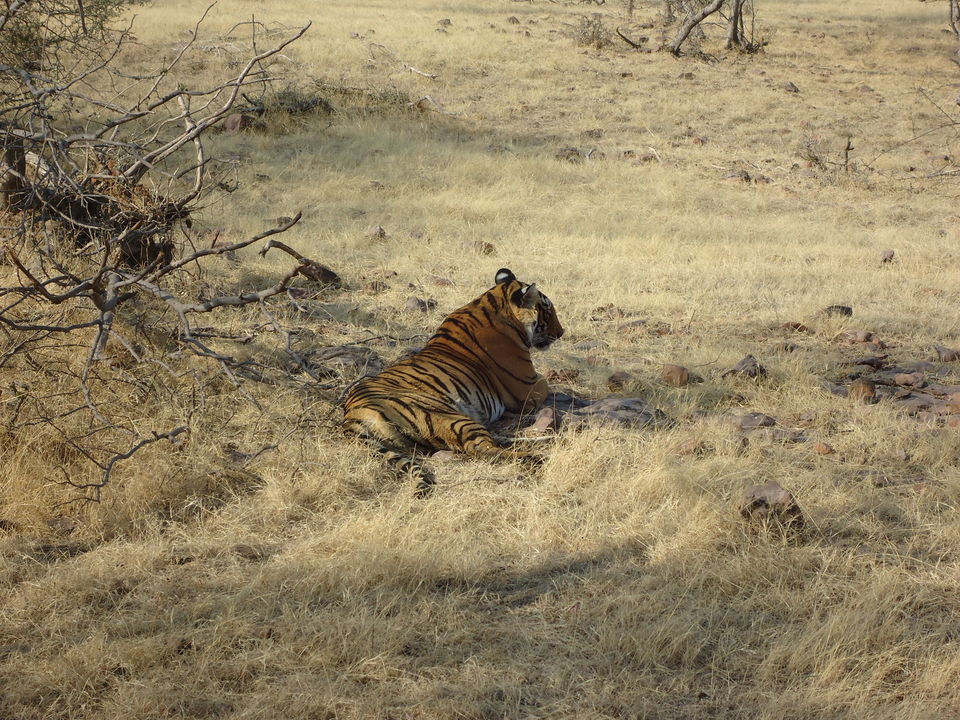 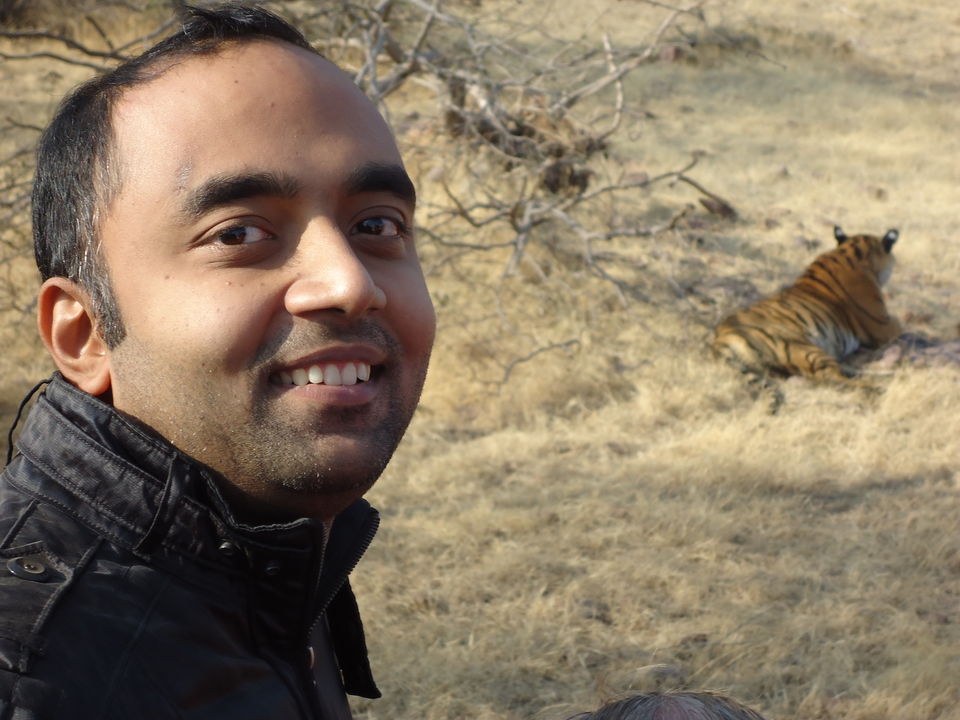 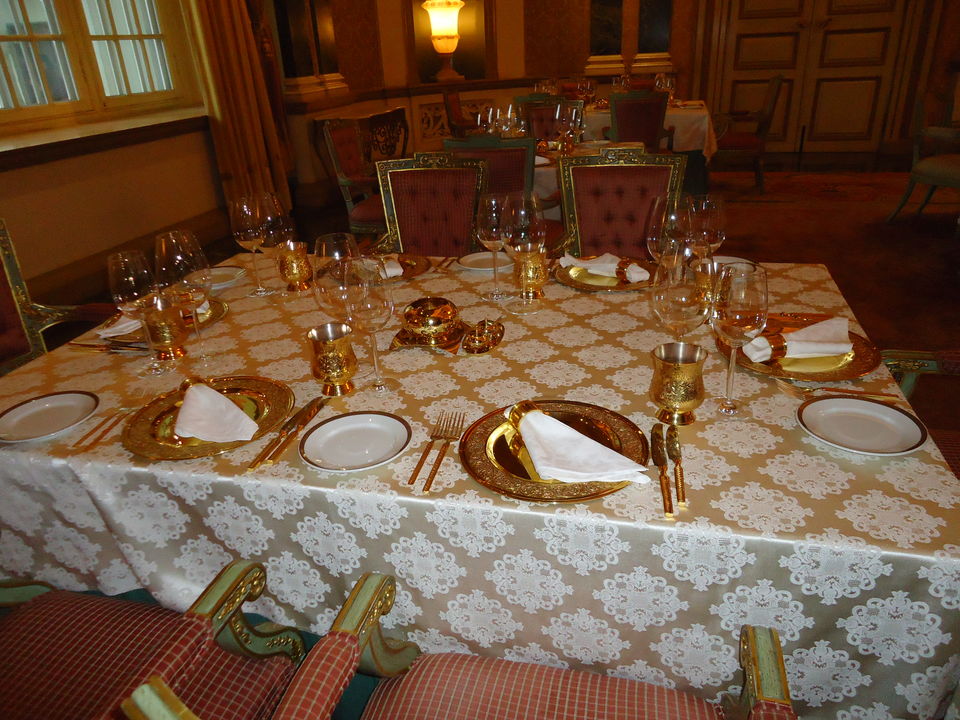